Jury Member for the Research through Architecture Category

She is a member of UAR, OAR, judicial technical expert, member of local and national professional commissions. Between 2000-2008 she was the chief architect of Târgu-Mureş municipality; almost 30 years experience in the profession of architect and urban planner, as well as in various related branches of the profession.

Awarded at the Urban Concept National Conference for the efforts made for the modern urban development of Târgu-Mureş municipality, she stood out for the inventory and protection of architectural monuments in Mureş County.

A practicing architect, she has worked in several companies, but also at her own architecture and urban design company and has received nominations and awards at national competitions, annuals and biennials.

Curator of the section „The event of architecture and the street as a scene”, BNA 2018

She was recently appointed on Monday, by an Order of the Minister of Culture and National Identity, to the position of member of the Zonal Commission of Historical Monuments in Sibiu. 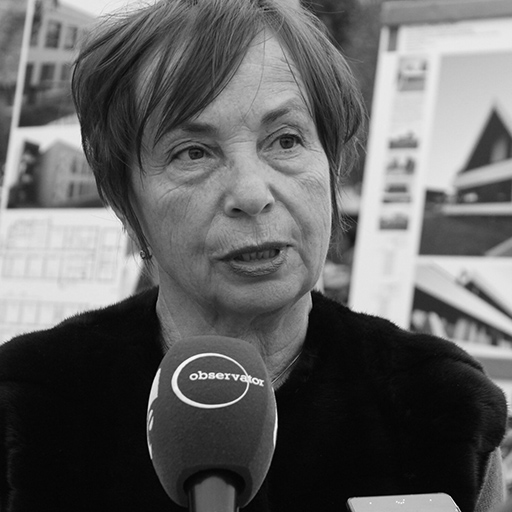