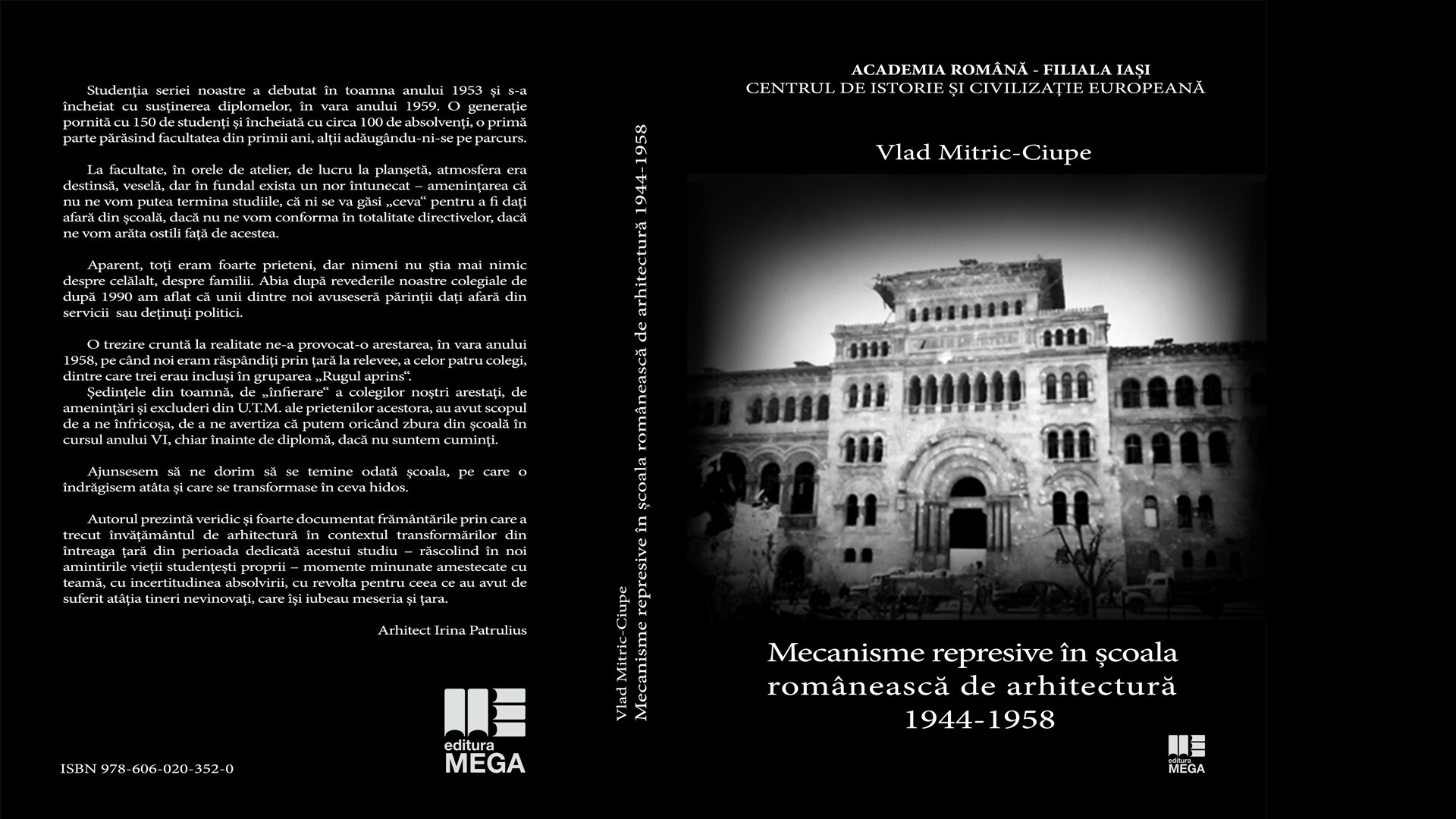 Repressive mechanisms at the romanian school of architecture 1944-1958 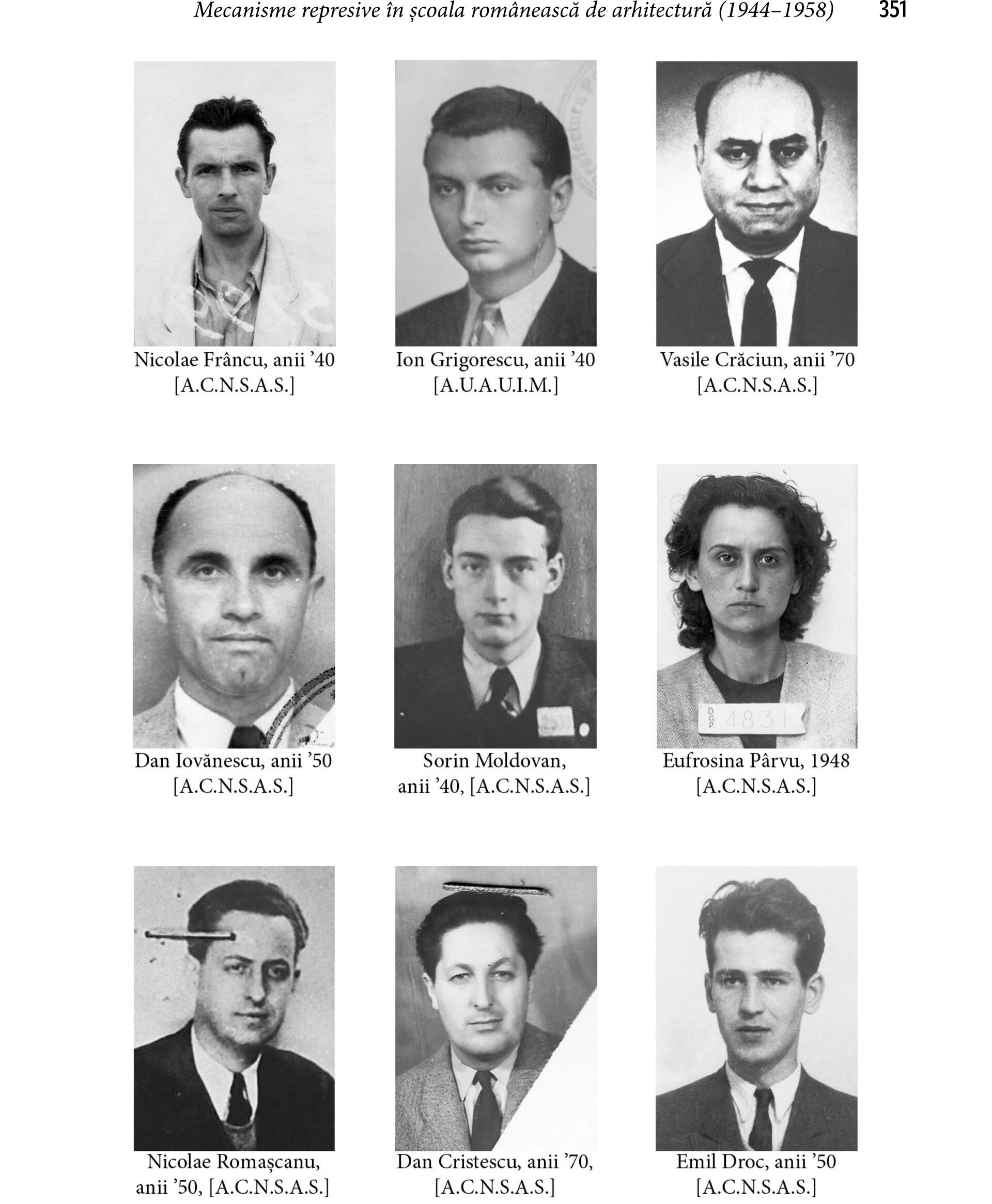 Whereas defending of the PhD thesis in architecture under the title of ‚ The Romanian architects and political detention 1944 – 1964. Between concentrationary destiny and professional vocation I was stating that the manner in which the political system established in Romania following the WWII kept the architecture under political and propagandistic control is aphoristic but yet little known in its details. Moreover, as Prof. Arhitect Sorin Vasilescu was saying „architecture is made by architects". The study herein starts from this undeniable fact – the scant (ac)knowledge(ment) of the architecture (read architects) and communist regime equation, mainly during its first decades. A part of this subservient state lies in the total control of the architecture studies, then represented by a single institution – the Faculty of Architecture in Bucharest. The topic of our research studies came as a natural step, from both this perspective (the guild becoming) and also from the desire to bring a contribution to the historiography of the Romanian education under communism, as a component of our efforts of placing the arhitect – totalitarian regime relation in the spotlight.
While well aware about the events happening in the Romanian academic system in the aftermath of 23 August 1944, our intention is to settle an overview by a detailed study of the particular case of the Faculty of Architecture. As a result, the main goals of our thesis – a research topic so far overlooked – are depicted by the identification of the repressive mechanisms operating in this higher education institution, both in a direct connection with the large-scale developments in Romania at that time, the reform of education and the phenomenon of its total command and also with the subservience of the architecture, earlier mentioned.
We have therefore planned to research the instruments used by the regime, as well as the defascization, class antagonism, discrimination due to social background, fight against cosmopolitanism and formalism in architecture, purge and arrests, intimidation and pressure, the ideologization and even re-education, along with their effecgs, while tracking down the individual fate and of the group’s for most of the people involved in the above. 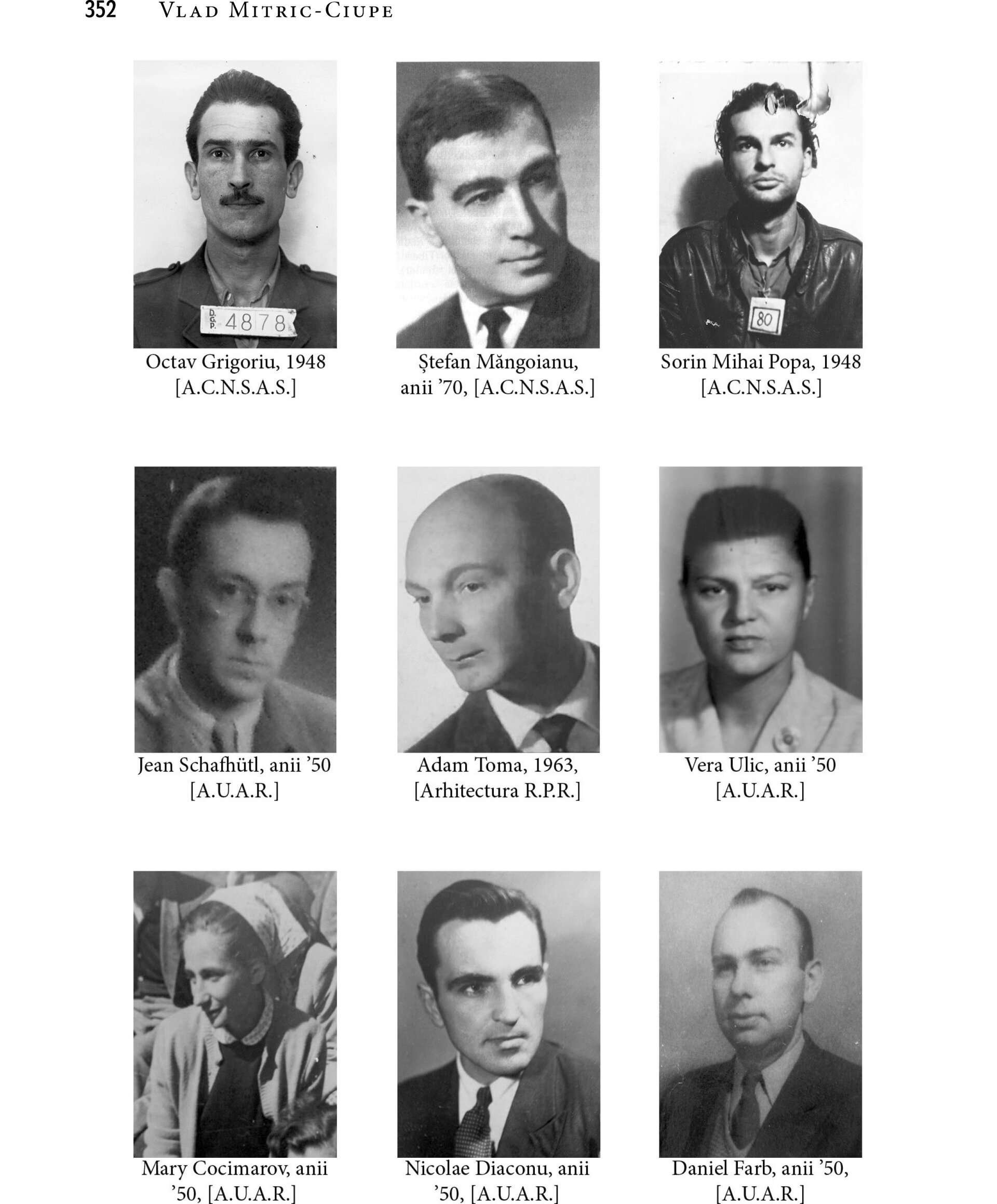 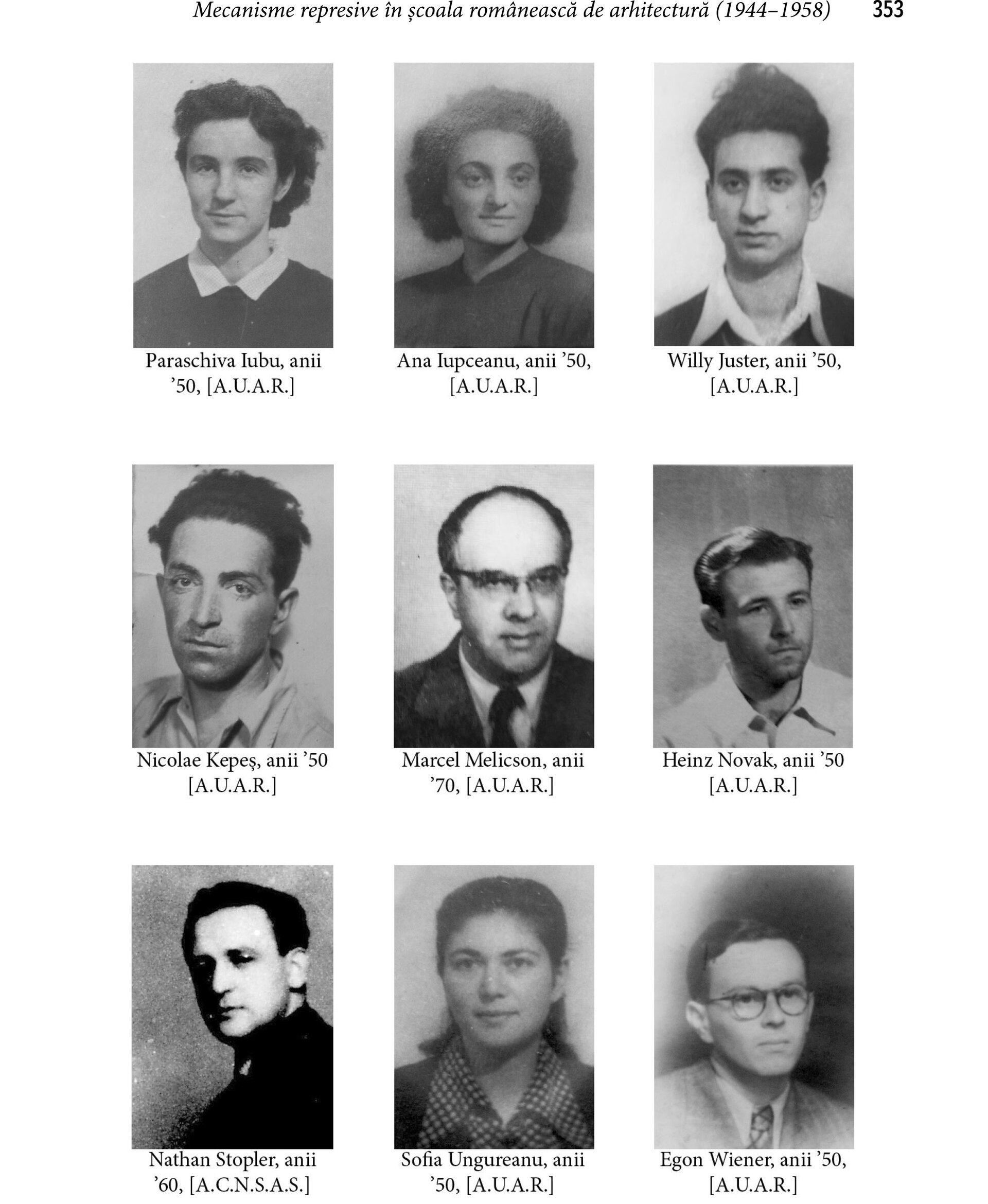 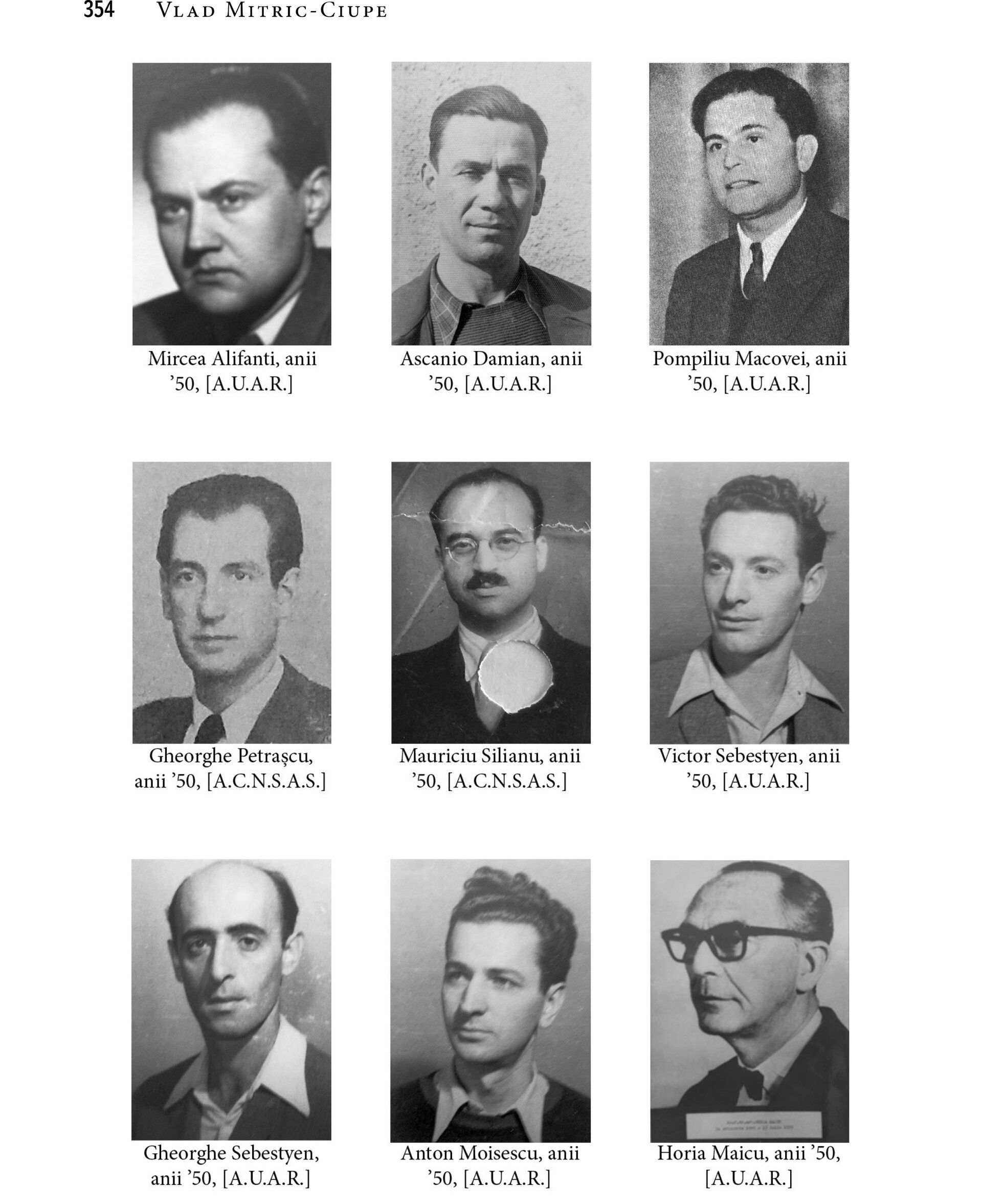 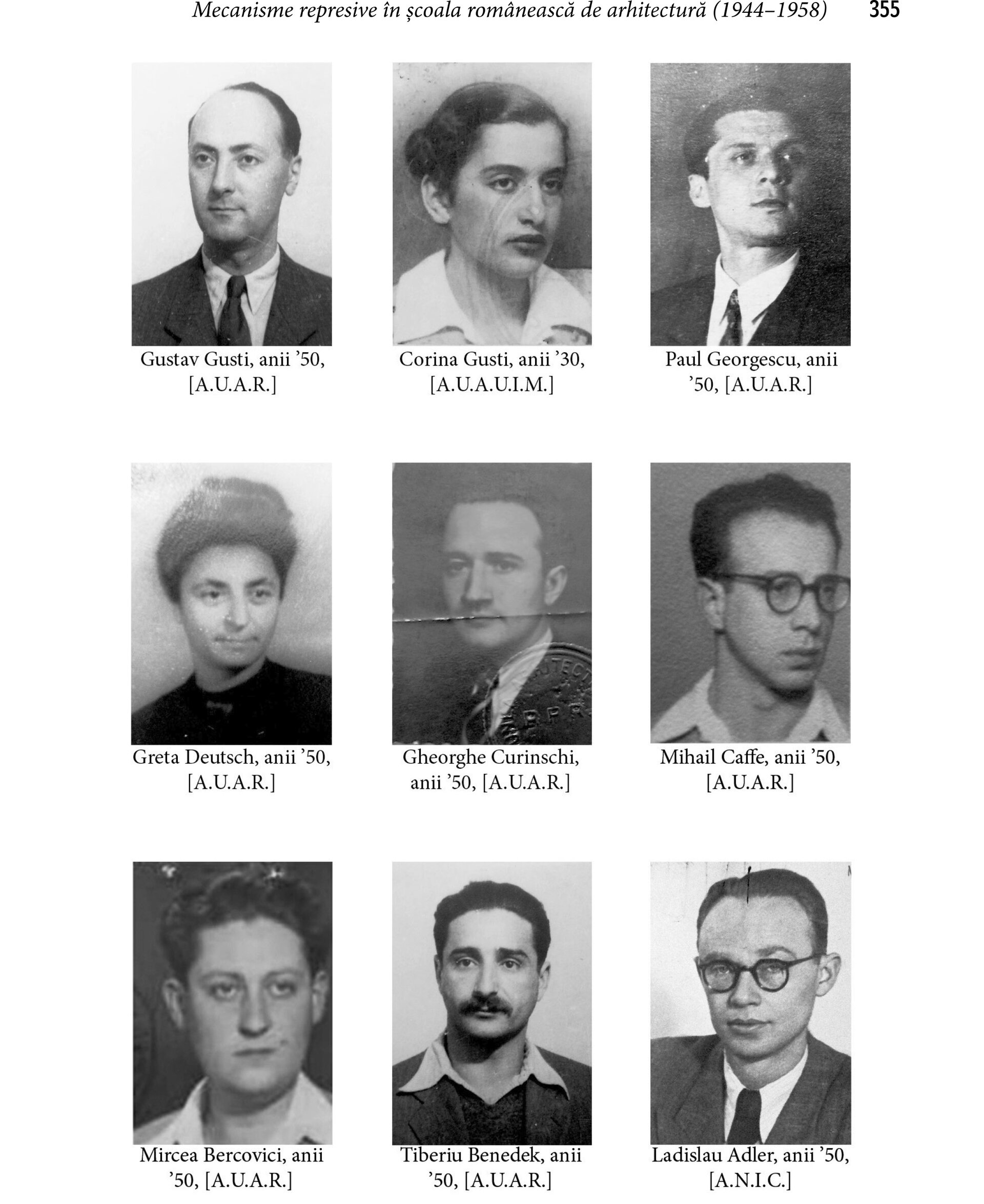 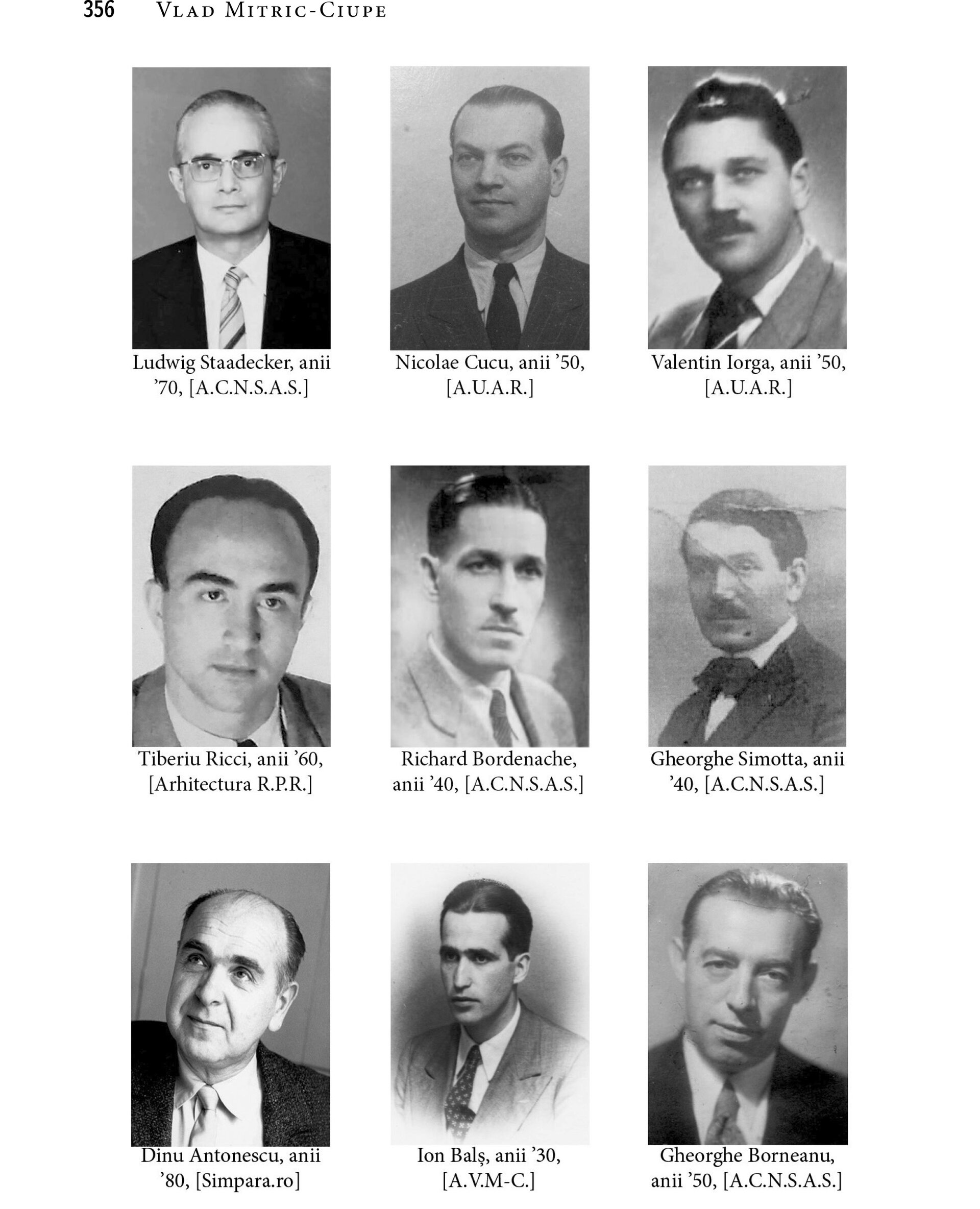 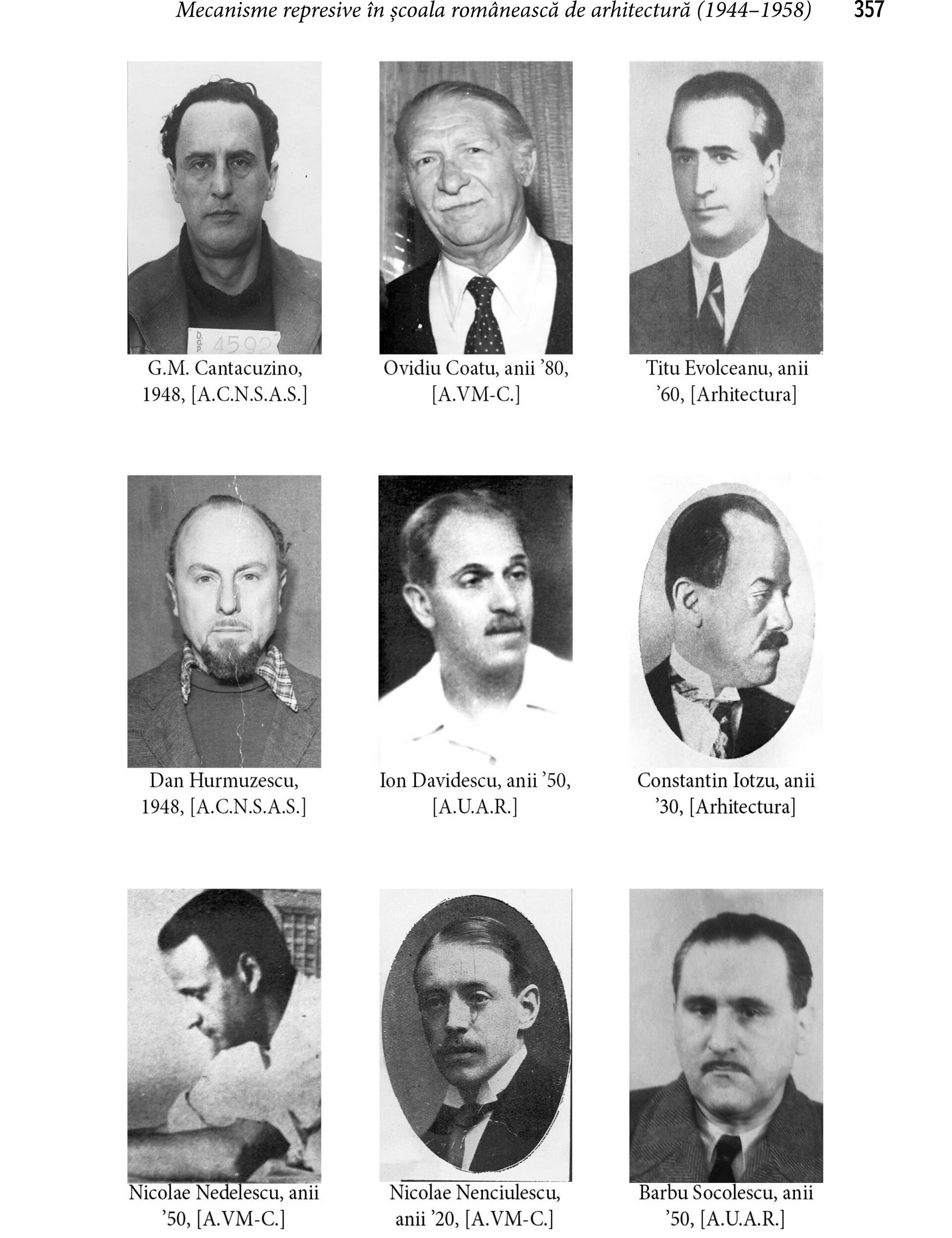 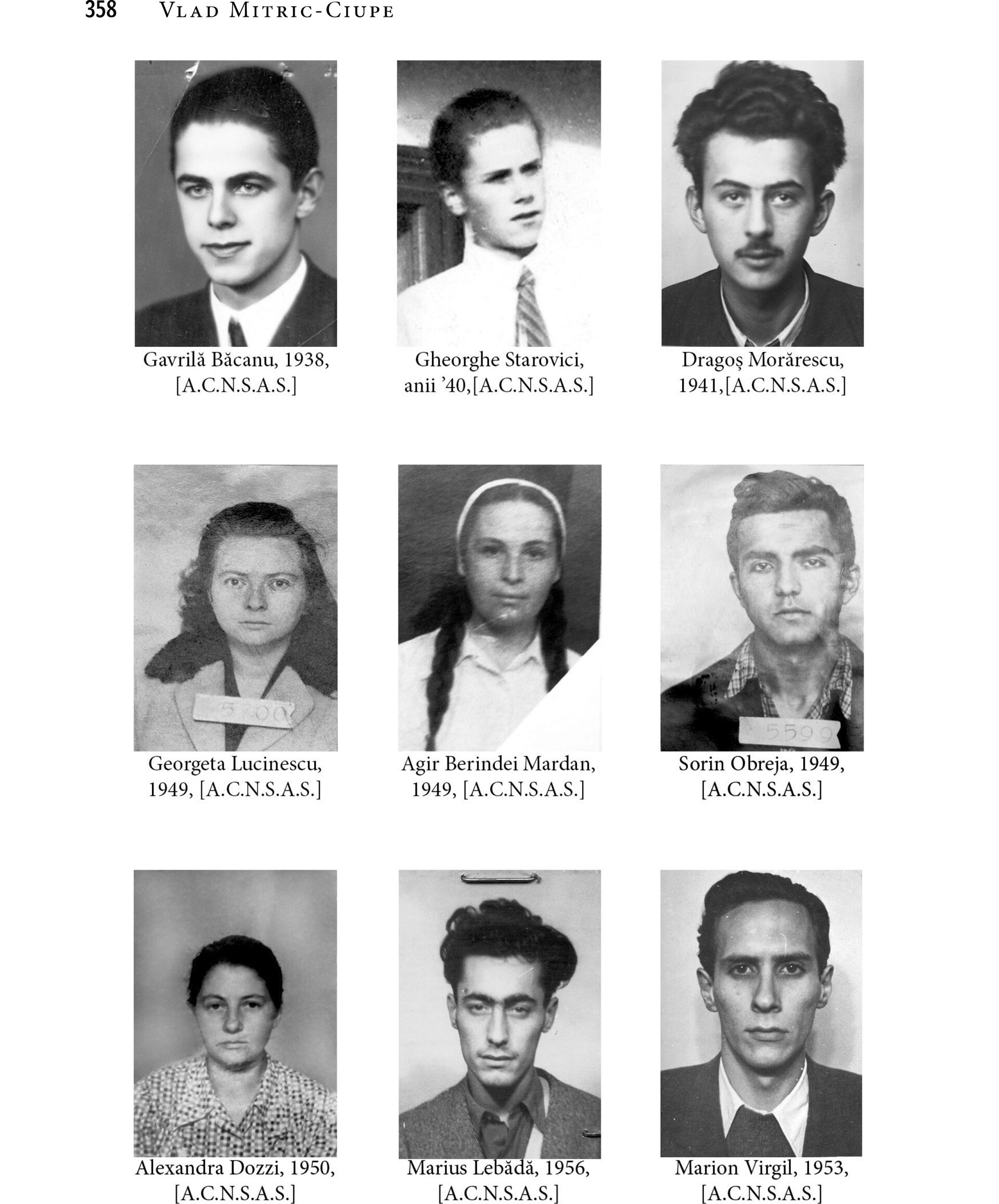 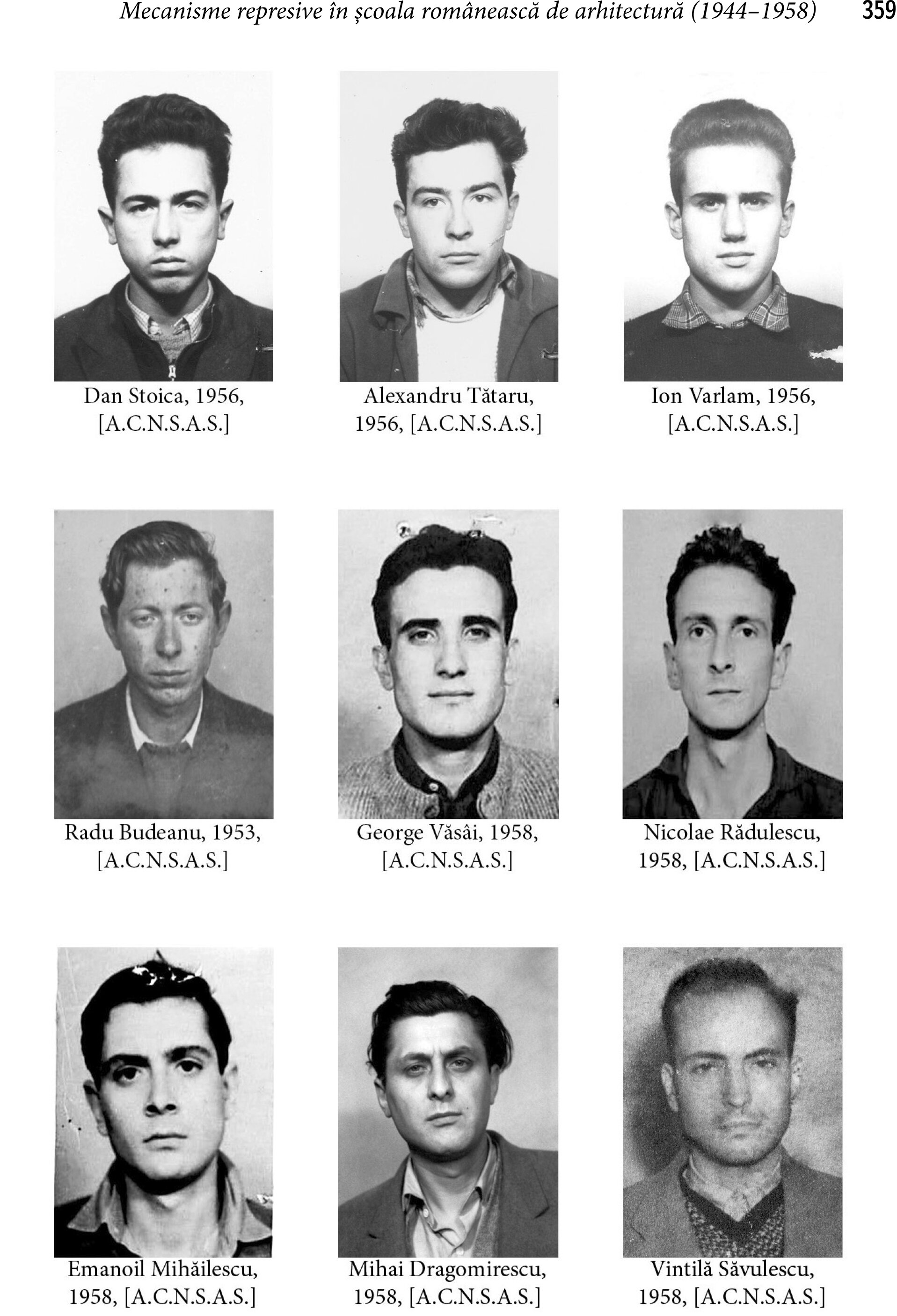 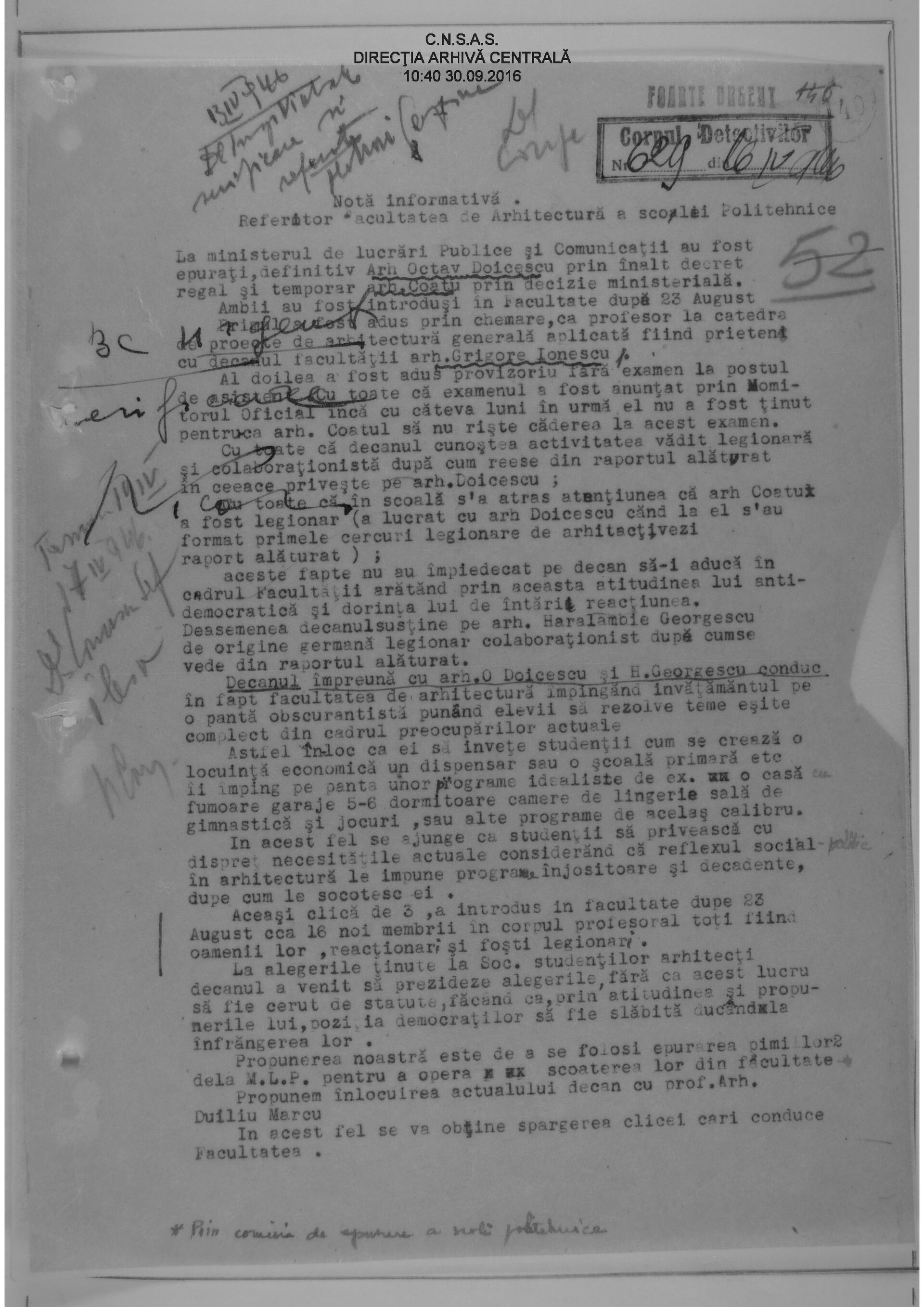 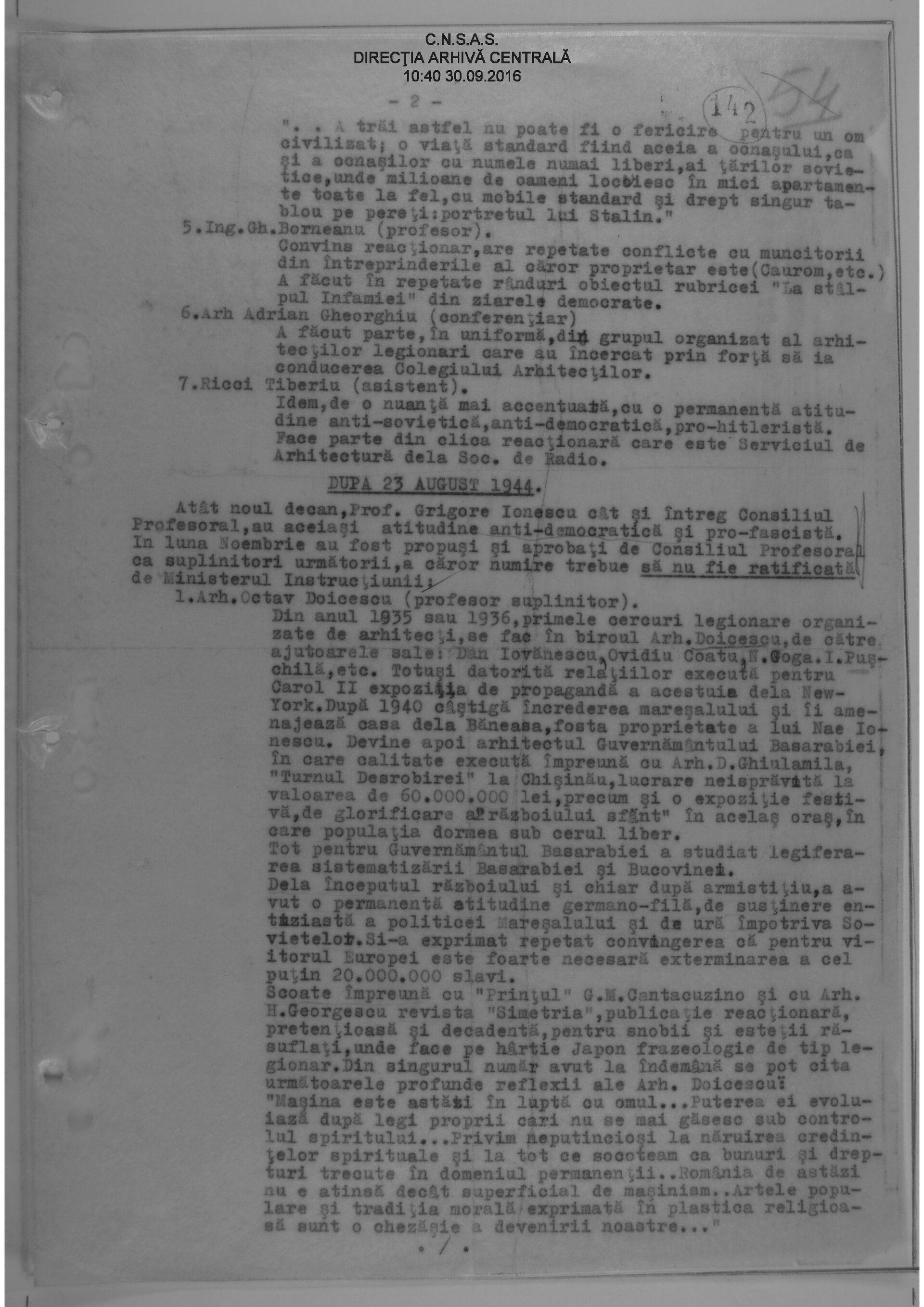 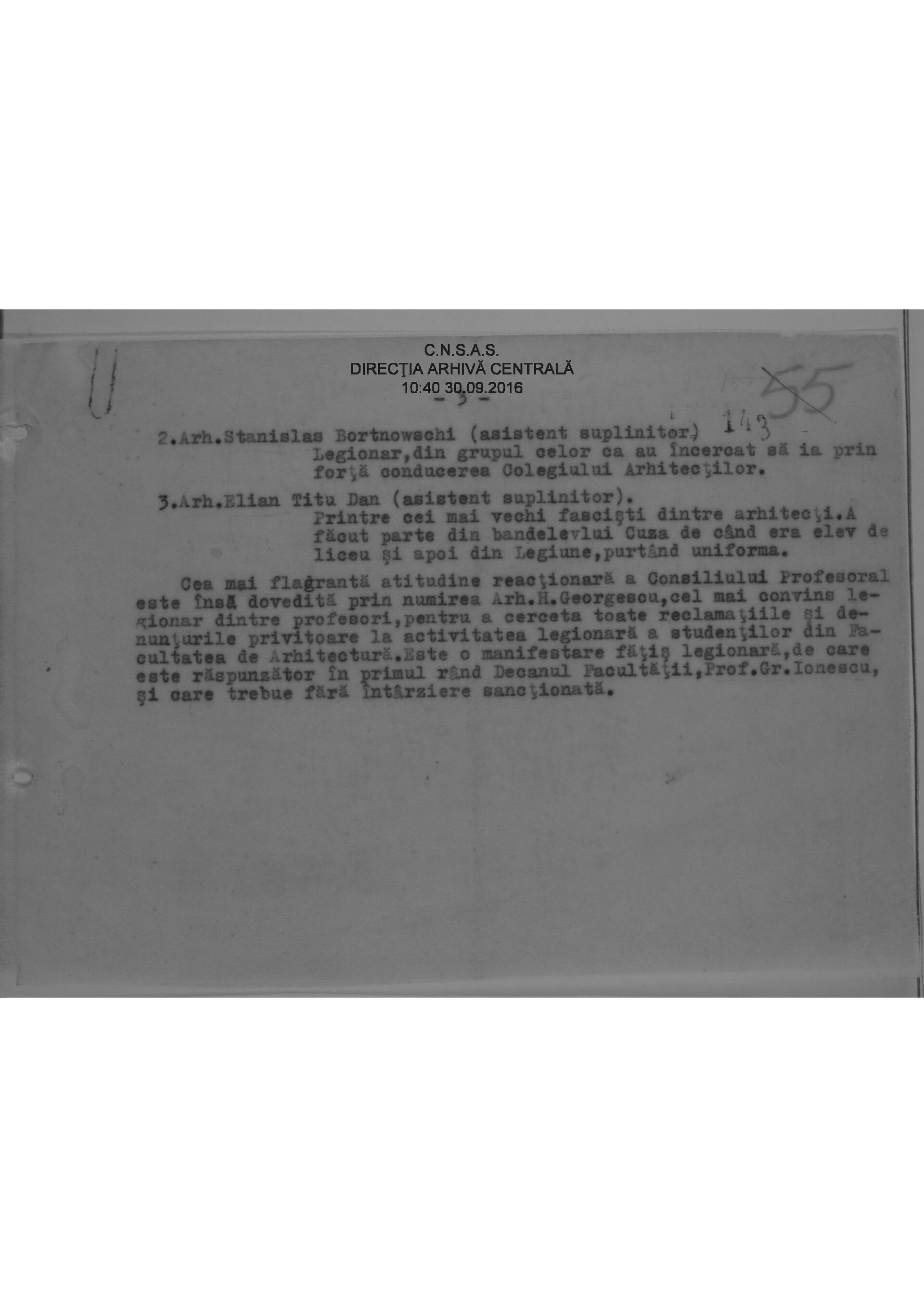