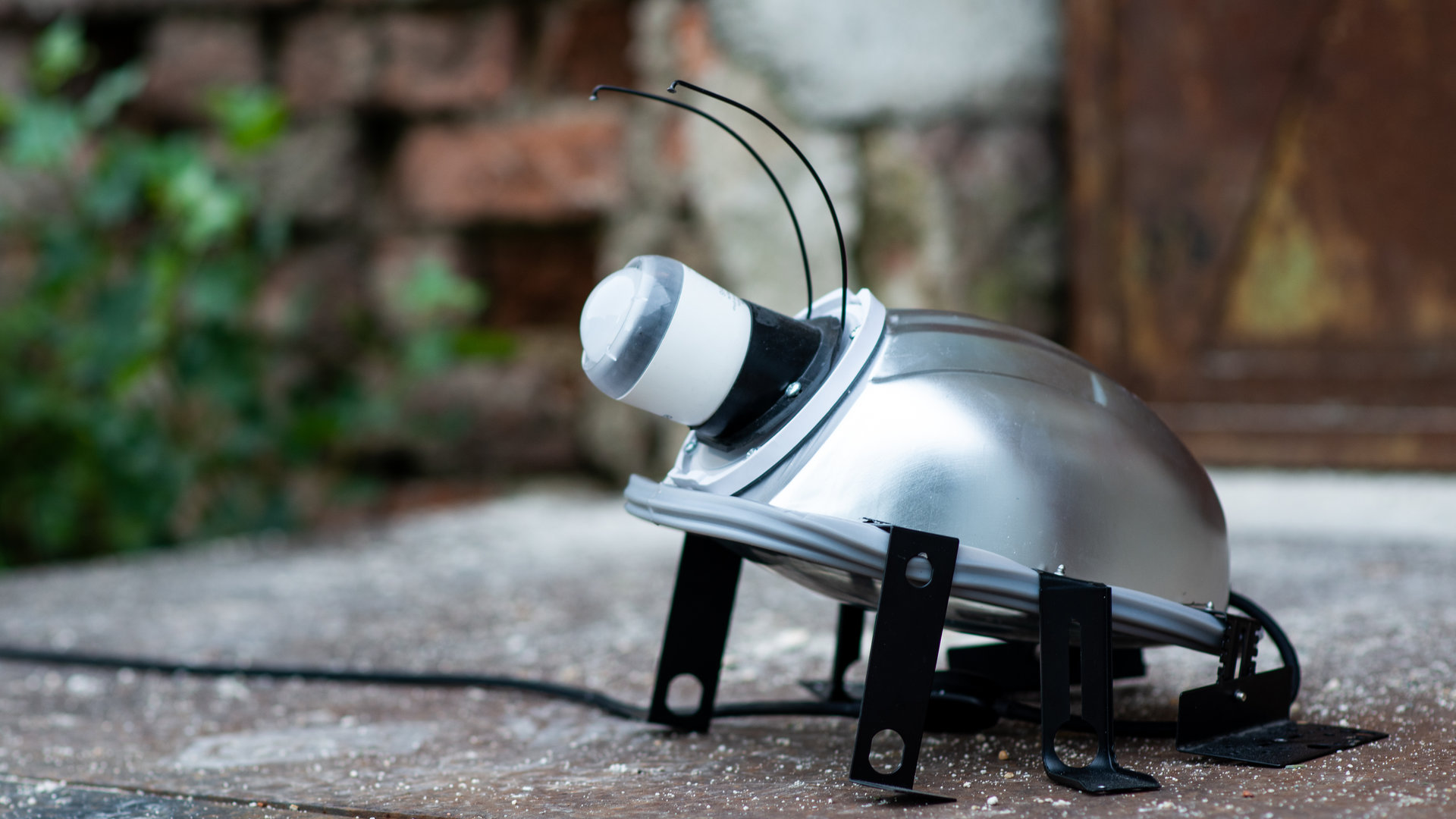 BUMB_LED LEDs HERE AND THERE Night. Lights in the woods among the trees. Night. Ligths on the shelves. LEDs and fireflies. Fireflies with LED. A firefly which cannot glow mounts itself a LED with a dynamo that lights up when it opens its wings so that can impress a colorful dragonfly which looks like a combat helicopter. RICCI is passionate about electronics because he lives with his family near a camping site. As he demounts stuff he slowly becomes the orthopedist for the fireflies with health problems. At first, he makes them all kinds of surprises. Then he starts helping those having their elytrons broken, or bent antennas, etc.