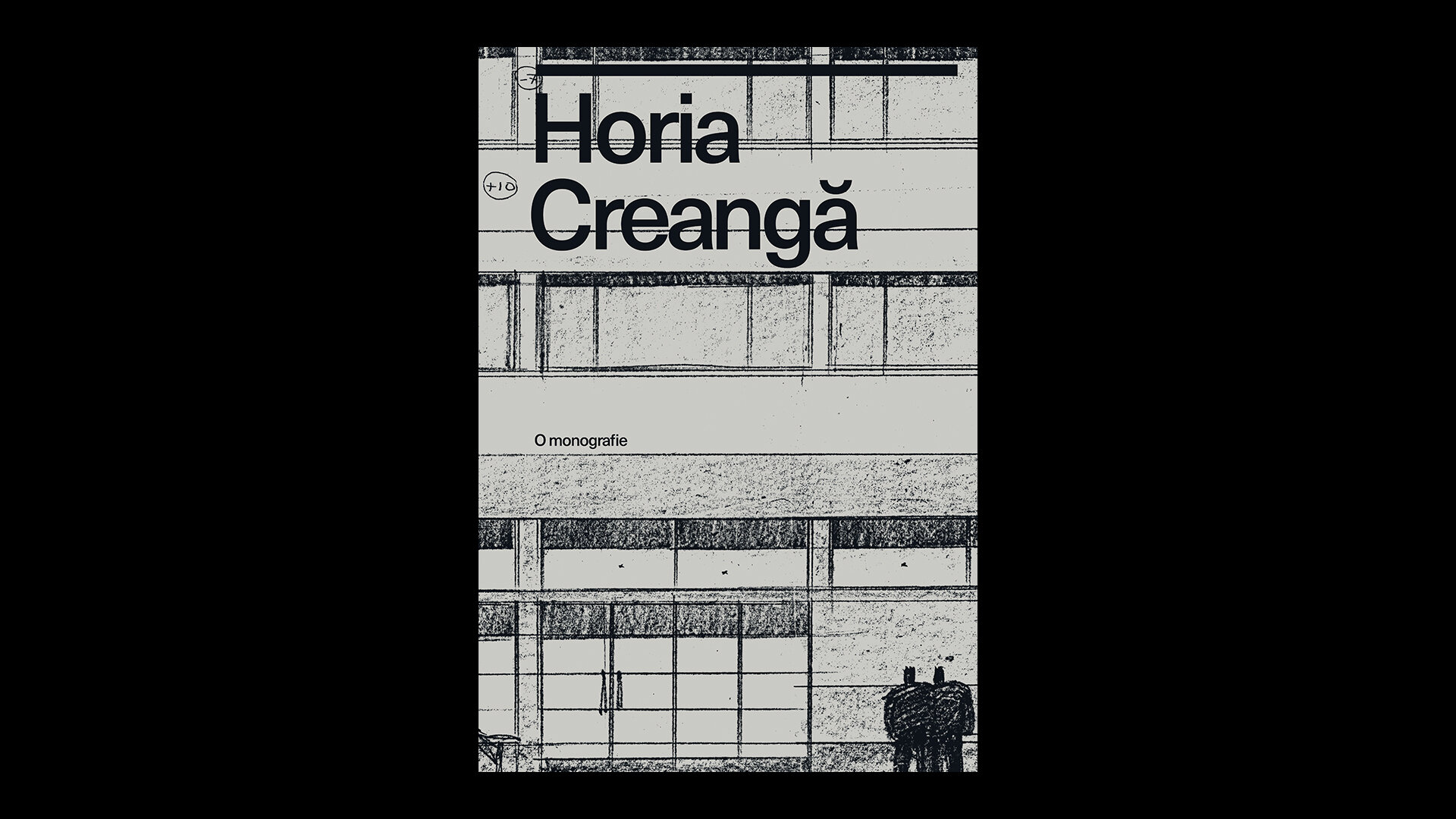 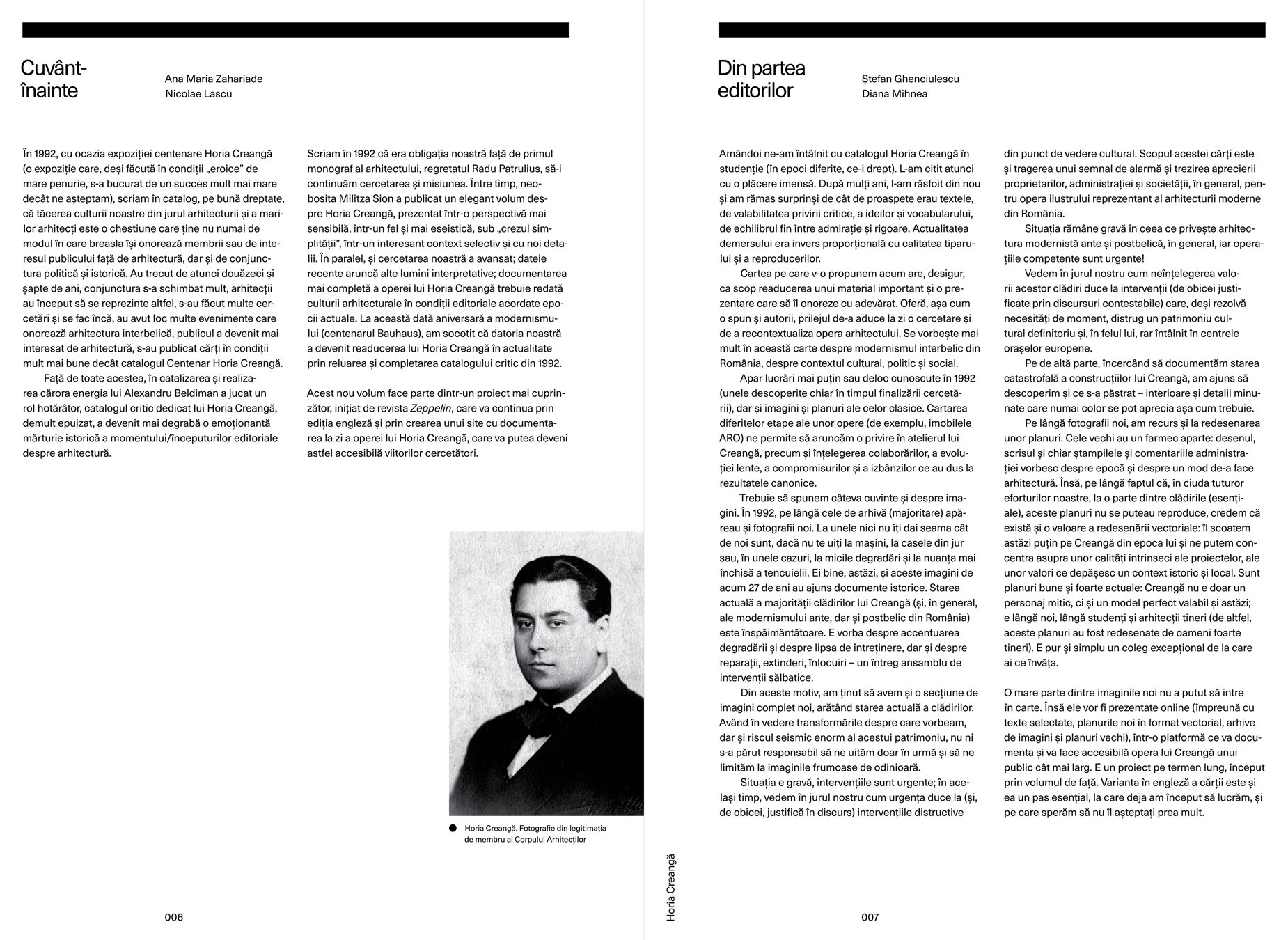 In 1992, a centennial exhibition and a catalogue were dedicated to Romania’s most important modernist. In 28 years, the context changed considerably, a lot of research in architecture happened, the public is a lot more interested in the topic, book in far better conditions were published… The initial catalogue, long sold out, seems now rather an emotional historic testimony of a beginning of architectural publishing.
On the other hand, our research also developed; recent data shed new light on the period and the man; a more comprehensive documentation of Creangă’s work should be edited under contemporary standards.
2019 is a happy anniversary for modernism (100 years since the Bauhaus was founded), and we thought it was our duty to use this occasion to bring Creangă back by reworking and completing the 1992 critical catalogue.
(Ana Maria Zahariade, Nicolae Lascu)


From the editors
The present book’ purpose is to resurface an important material and present it in a suitable fashion. It also offers, as the authors say, an opportunity to update a research and too recontextualize the arhitect’s work. In the new book, there is more content about interebllum Romanian modernism in general and about its cultral, political and social context.
The book contains some additional wors (less famous or completely unknown ones - some even discovered during the final stages of research), as well as new images and plans for the already published ones. Mapping the different stages of seminal works allows us to get a glimpse in Creangă’s workshop, to undersand collaborations, compromises, slow evolutions.
The 1992 catalogue contained a lot of new photographs, now themselves historic documents. Today’s state of Creangă’s buildings is appaling, to which we have to add the terrible risk from earthquakes.
It’s one of the main reasons for our decision to include a section with completely new (and colour) images. We just felt that it was not responsible to just present the beautiful period images. The purpose of this book is also to get people’s and institutional attention and to awake the interest and the concern for an illustruous work and for an general amazing heritage that is in great danger.
We also have to say that, while documenting this catastrophy, we ended up discovering an amazing array of interios and detalis that survived.
New photographs but also new plans; digital redrawing allows us to decontextualize Creangă a bit, to discover atemporal qualities. The plans are amazing and completely relevant for today. We can look at him beyond his myth, and acknowledge him as a source of inspiration for established or emerging architects, as well as for students.
We salute our exceptional colleague and try to learn from him.
(Ștefan Ghenciulescu, Diana Mihnea) 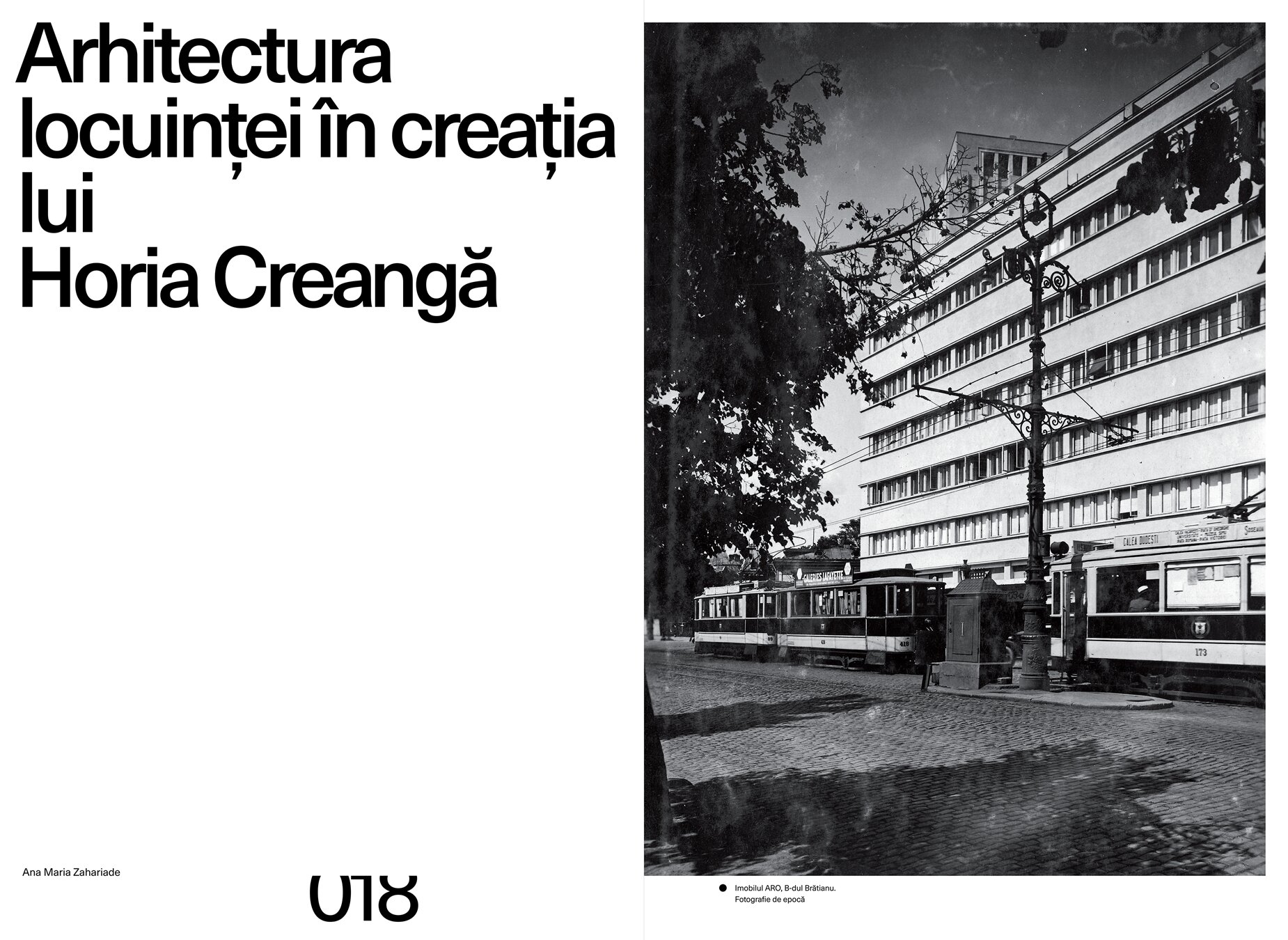 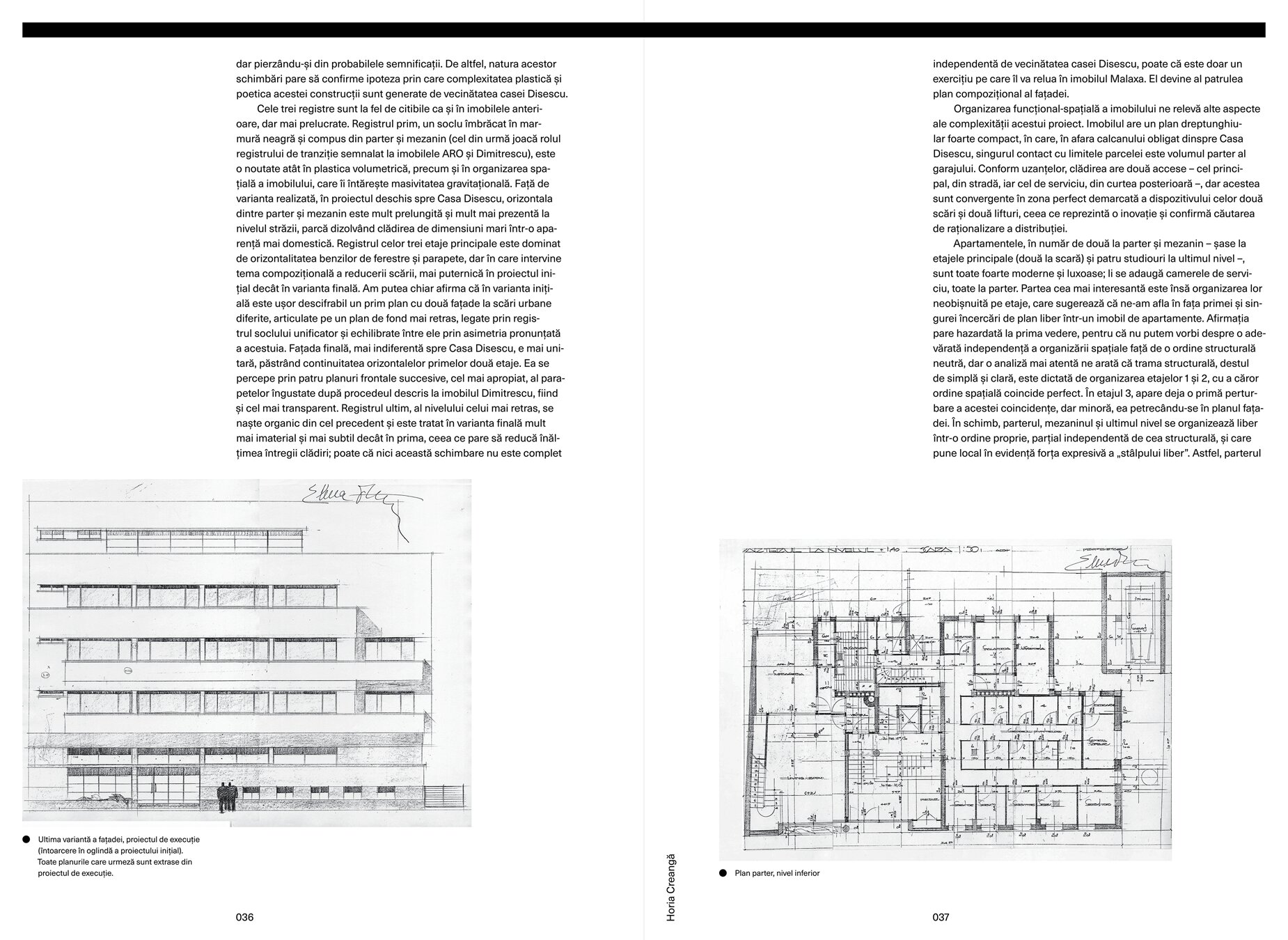 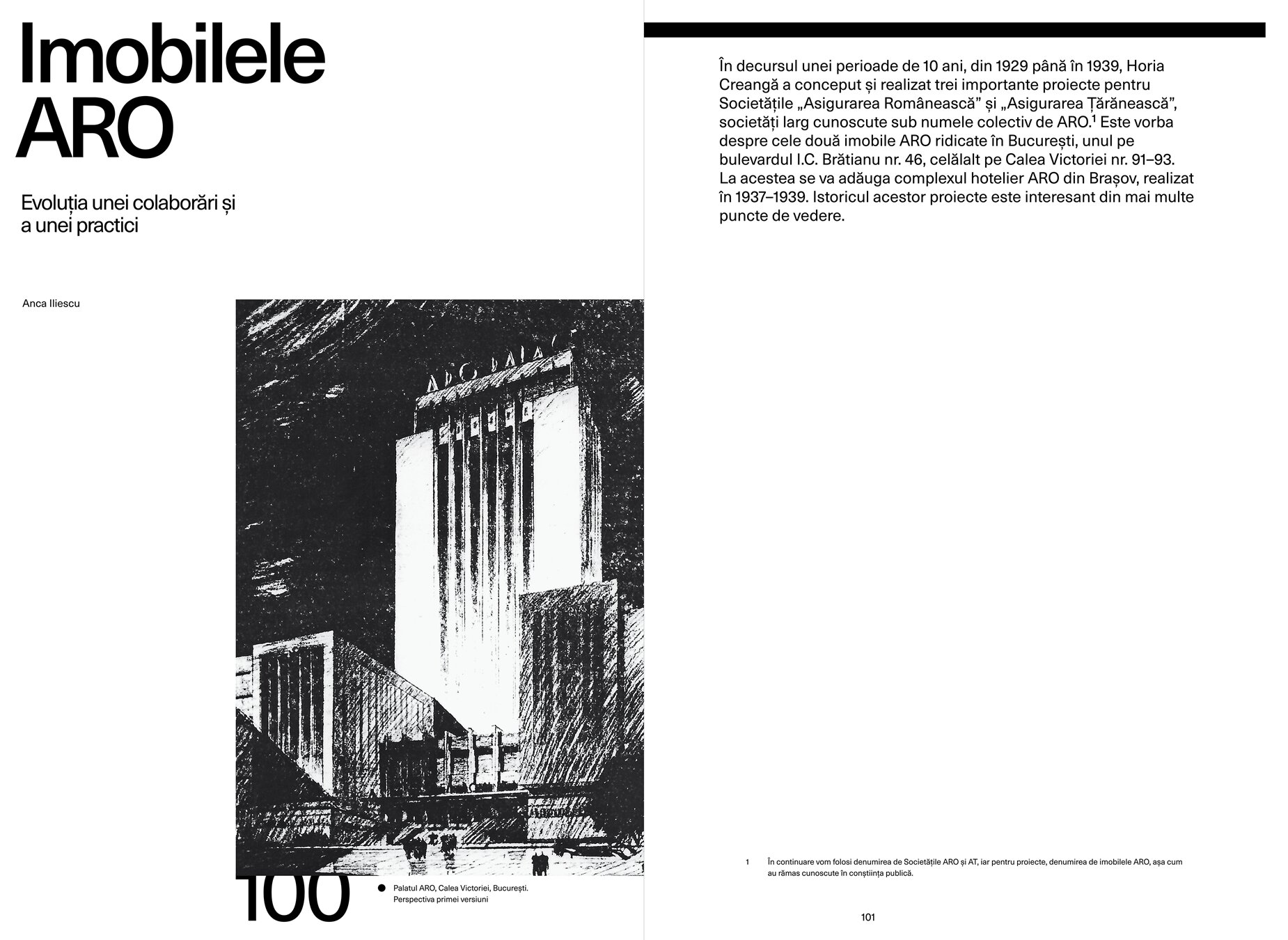 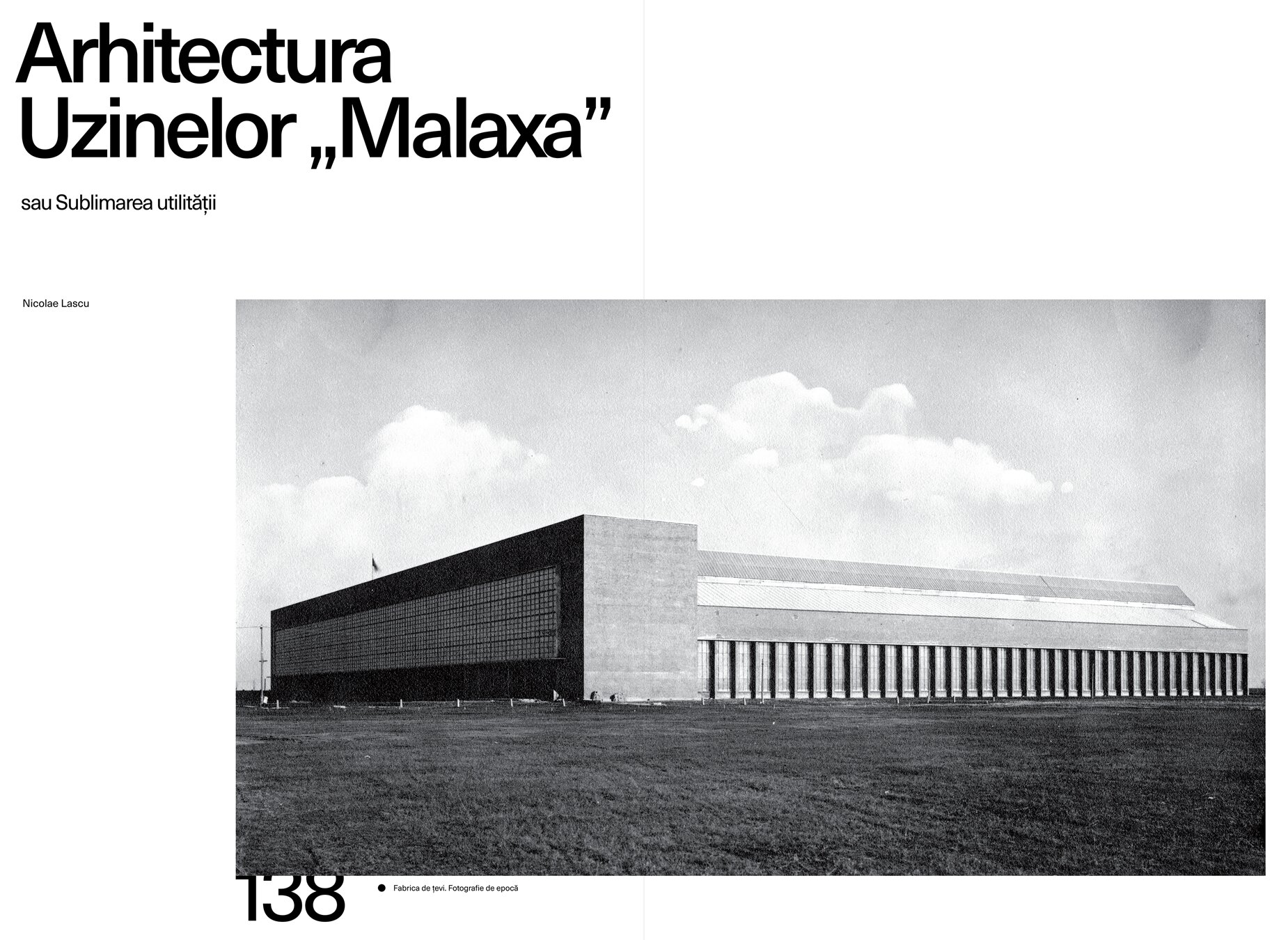 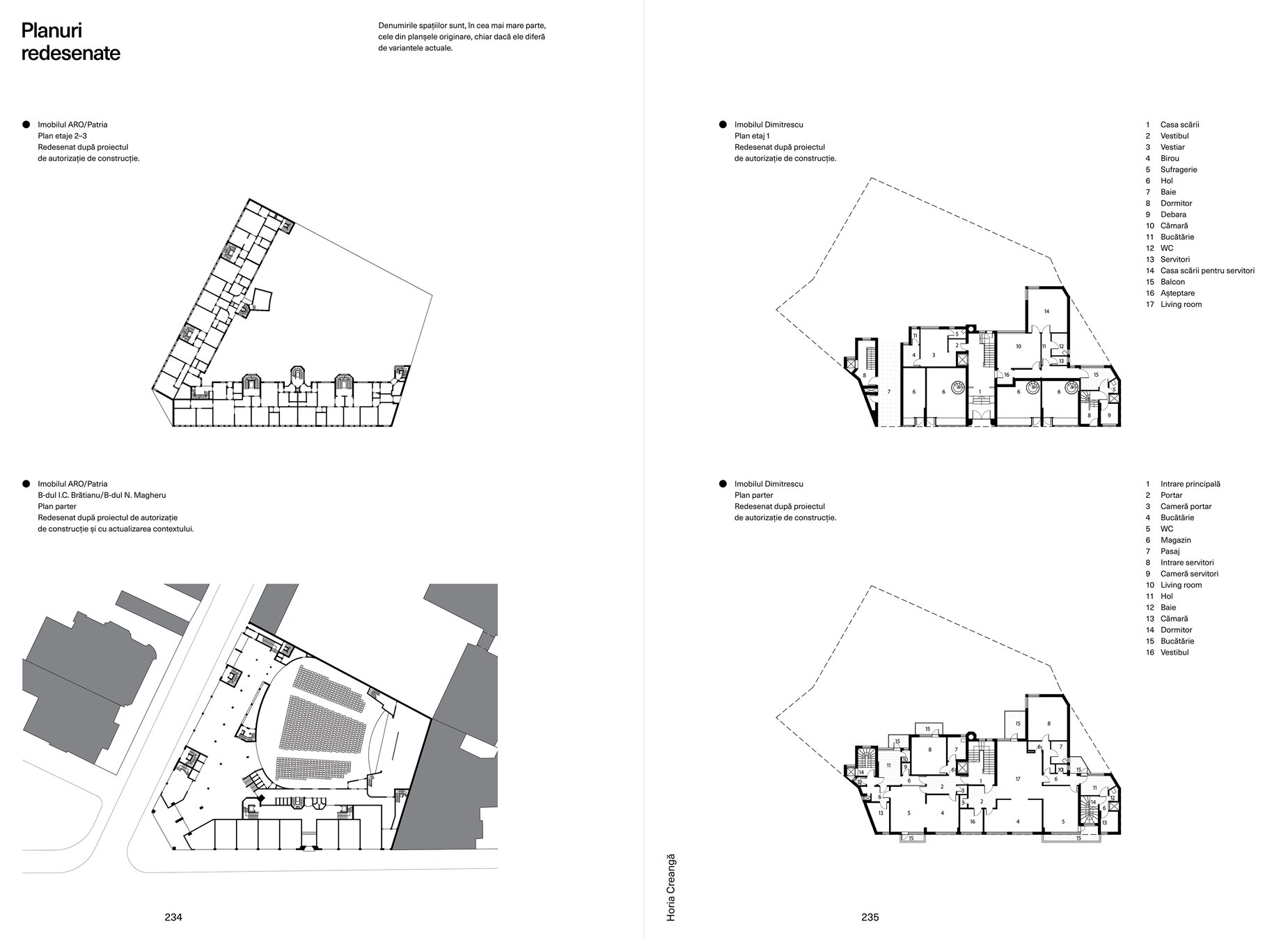 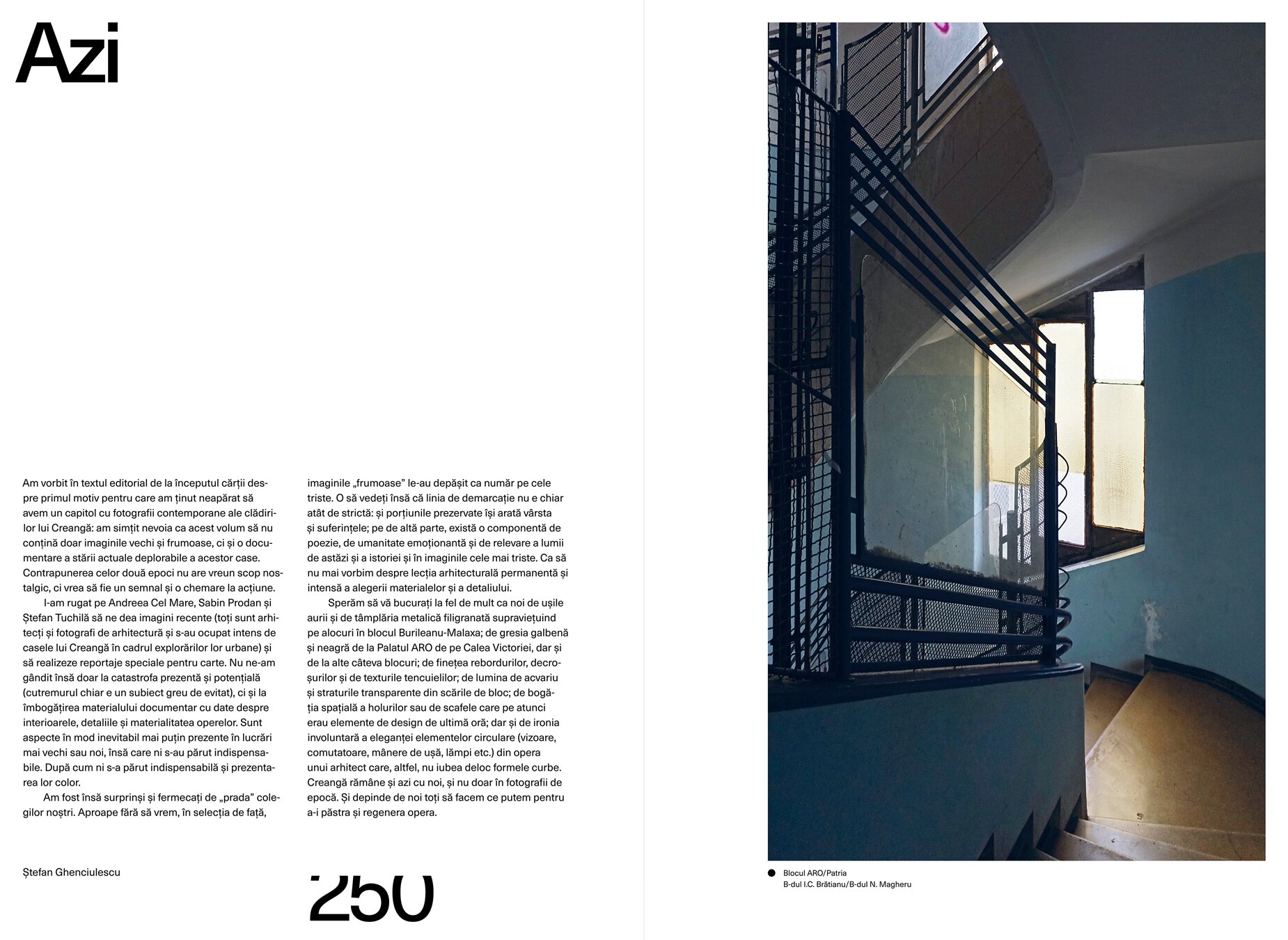 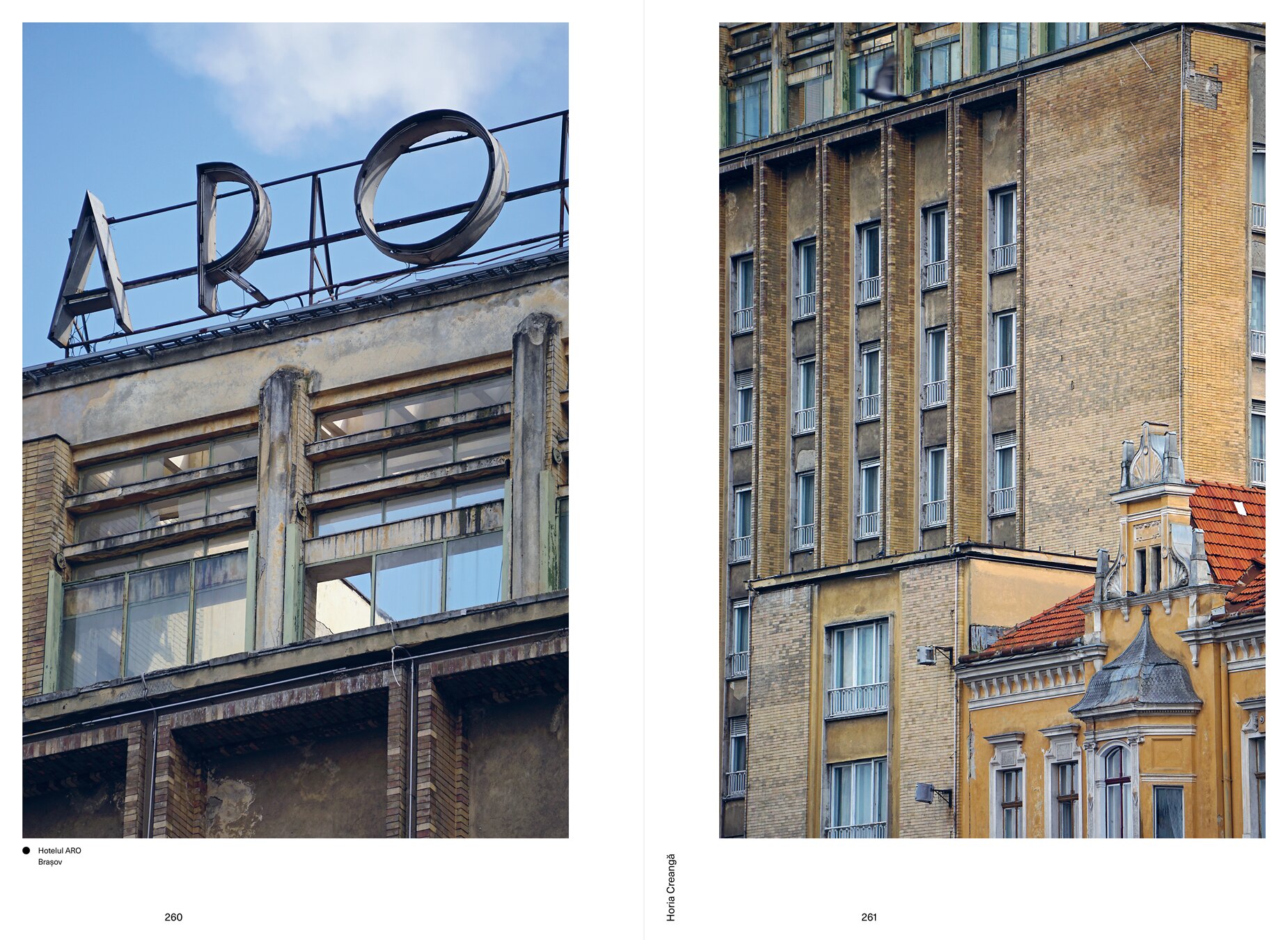 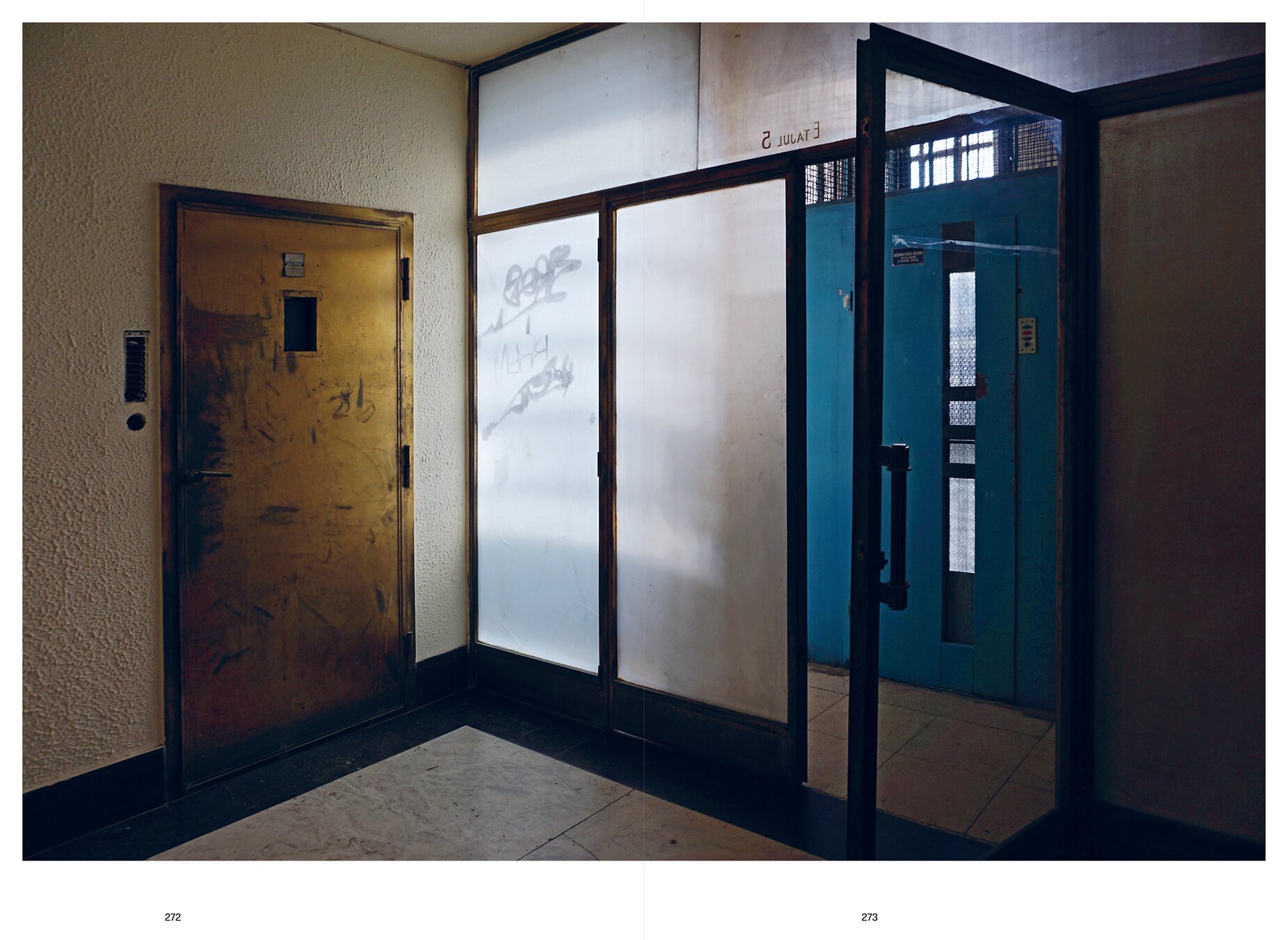 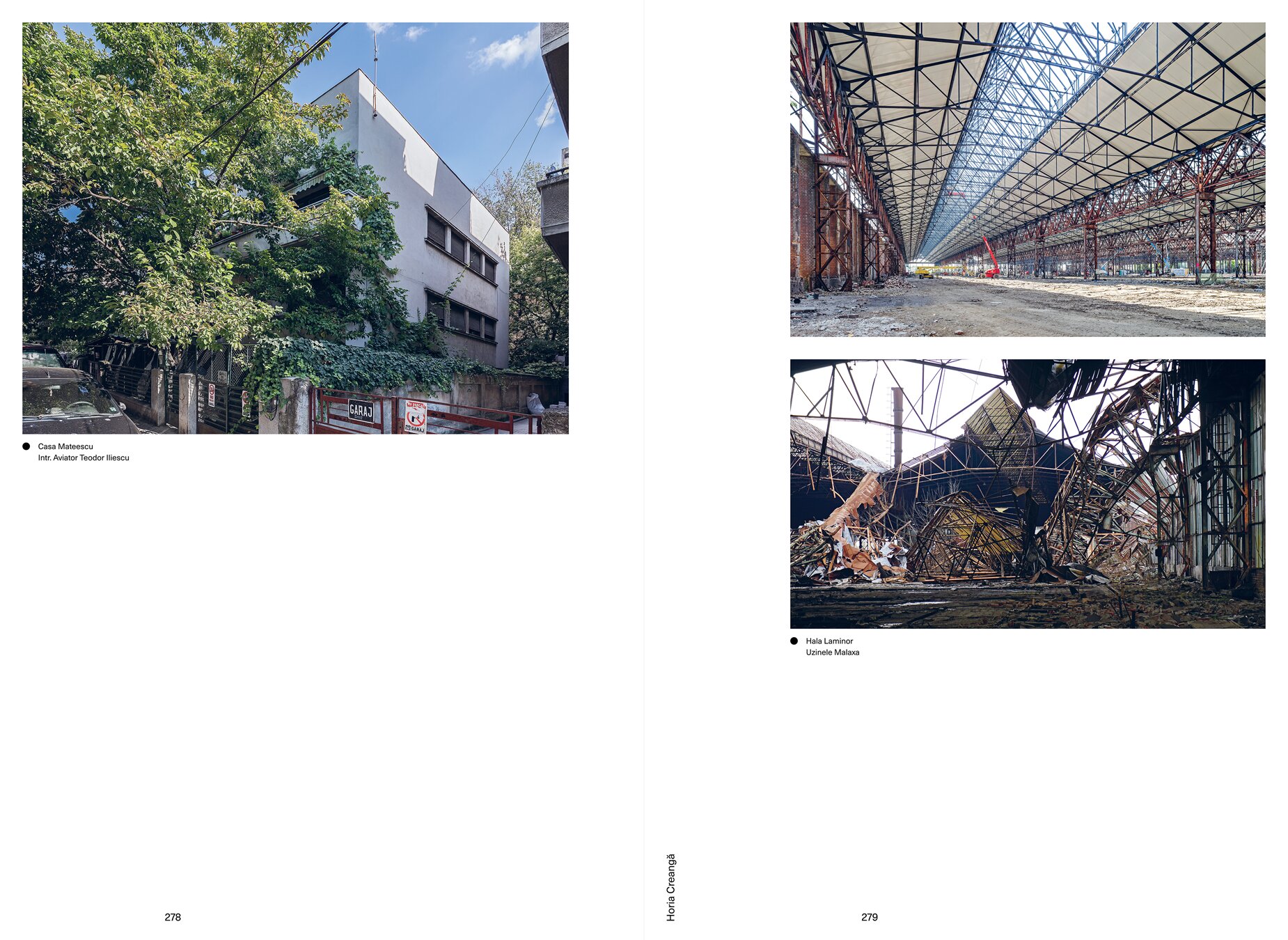