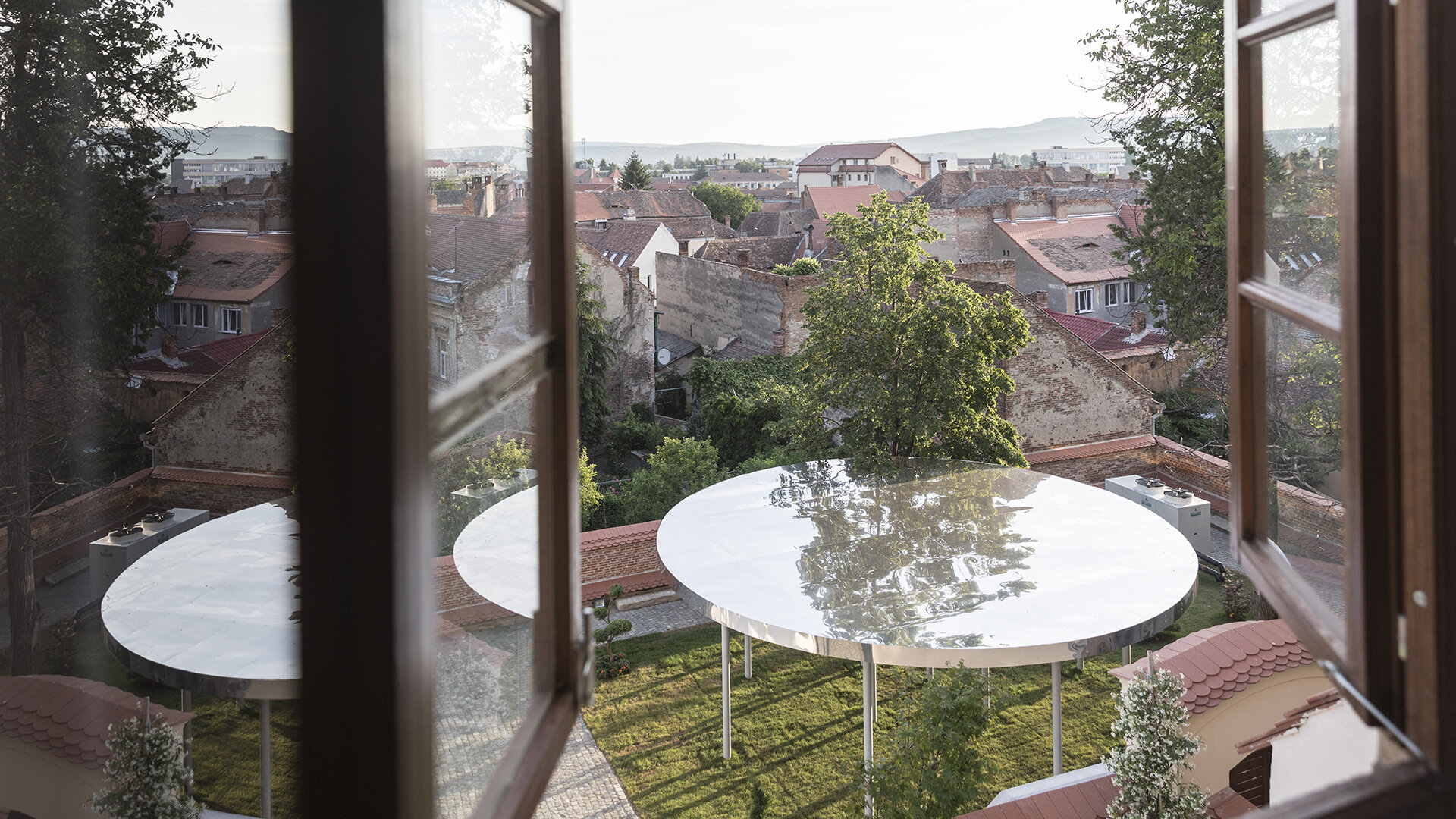 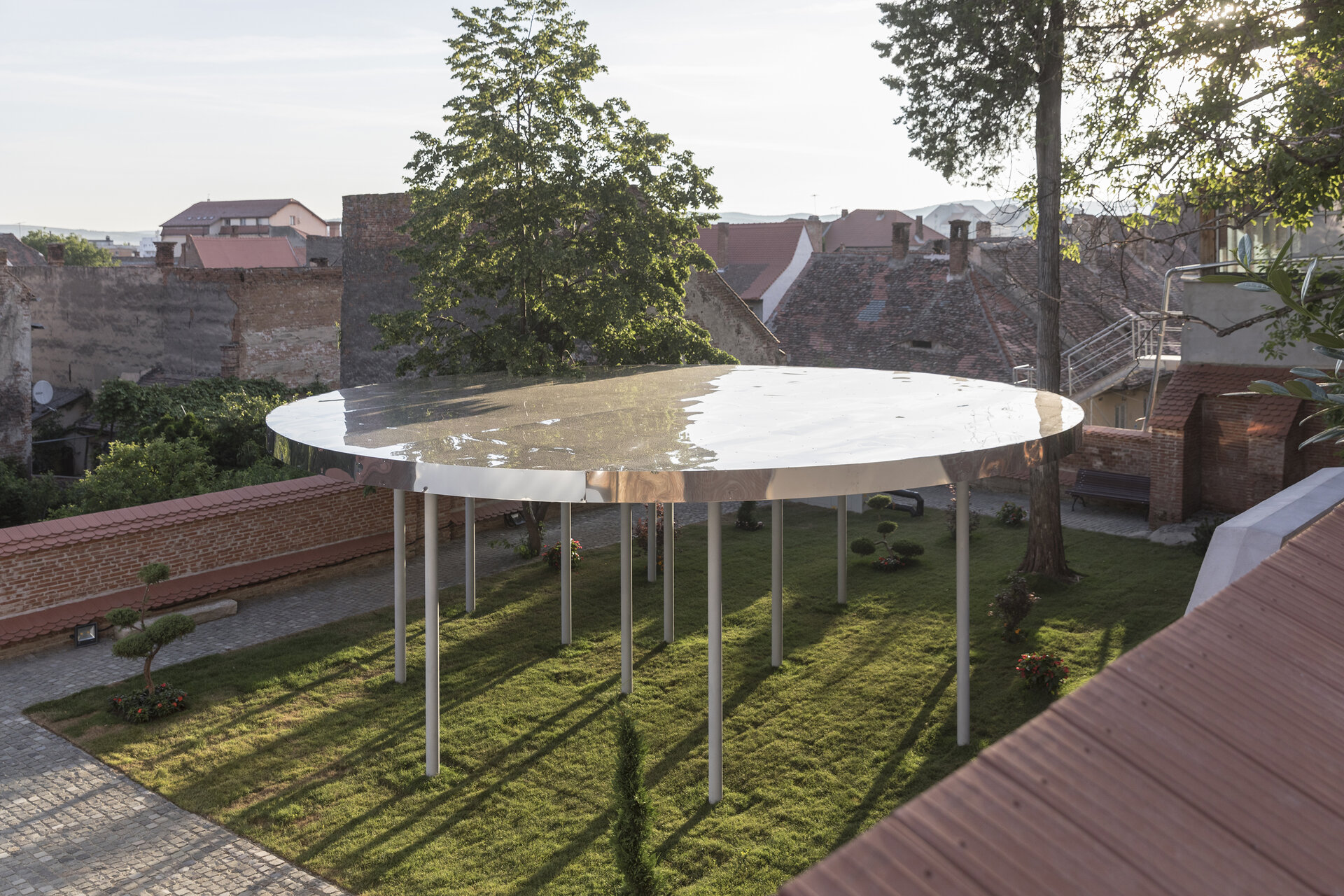 During the International Sibiu Theatre Festival 2019, the architecture office Manadelucru has proposed and conceived a pavilion / an architecture installation that would draw attention over the unexplored potential of some urban areas, which could have a public character and could make some hidden places of the town visible. The intervention took place in the three precincts of the building in Piata Mica 22, where one of the ThermeForum events took place. The setup consisted in accentuating the features of those three connected courtyards, as it follows: 1st courtyard became a “ceremonial courtyard”, foyer and gill of the town, 2nd courtyard – the “Eden garden”, space of passing towards the 3rd courtyard – the “mirror space”, a surface which symbolizes the gathering.
The spaces are not about architecture, about art or about the city, themselves. Each has its own self, but none of them has value without the man, without situating himself in a projection of expectives and places. Our position concerns the human common ground, it questions the others intellect and the perception of the places, from a corporeal perspective. Our common spaces unfold in the vague areas, uncontented or unformalized only by means of a profession, the reason for which this place was also a space for part of the FITS meetings.
The pavilion is a mirrored surface, that reflects the close image of the people and the architecture of the buildings of Sibiu, it captures the image of the sky and the mountains that pass over the roofs of the houses, it is a non-object, a view underneath and above, a fluid space placed in the dense built texture of the town. The mirroring shows another façade, that of the sky and mountains seen through, between and over the walls; it is an escape from the interior of the firm limits, potentiating meetings underneath it, a covered space whose limits are diluted to the irregular maintaining of the columns, as symbol of people’s presence. 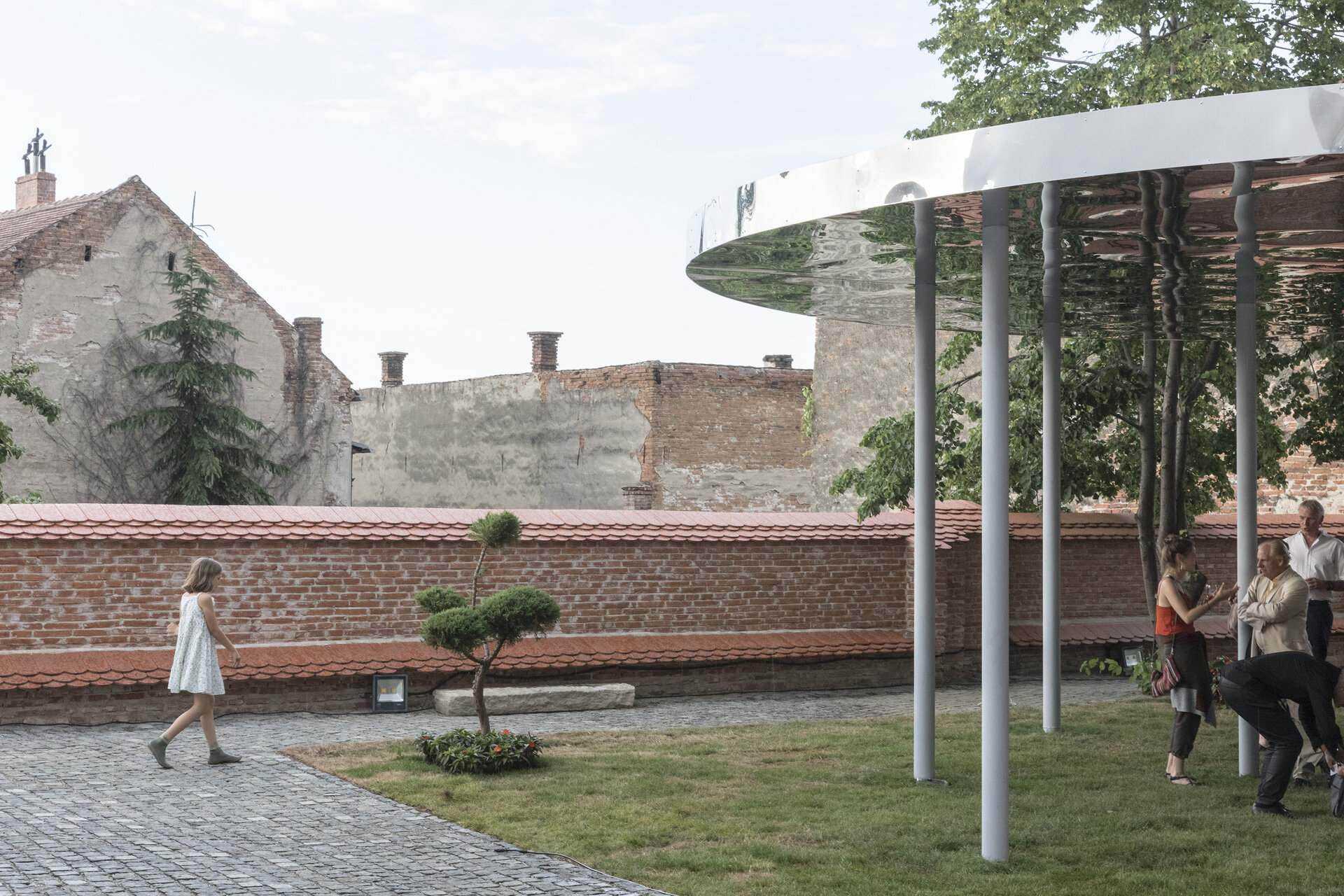 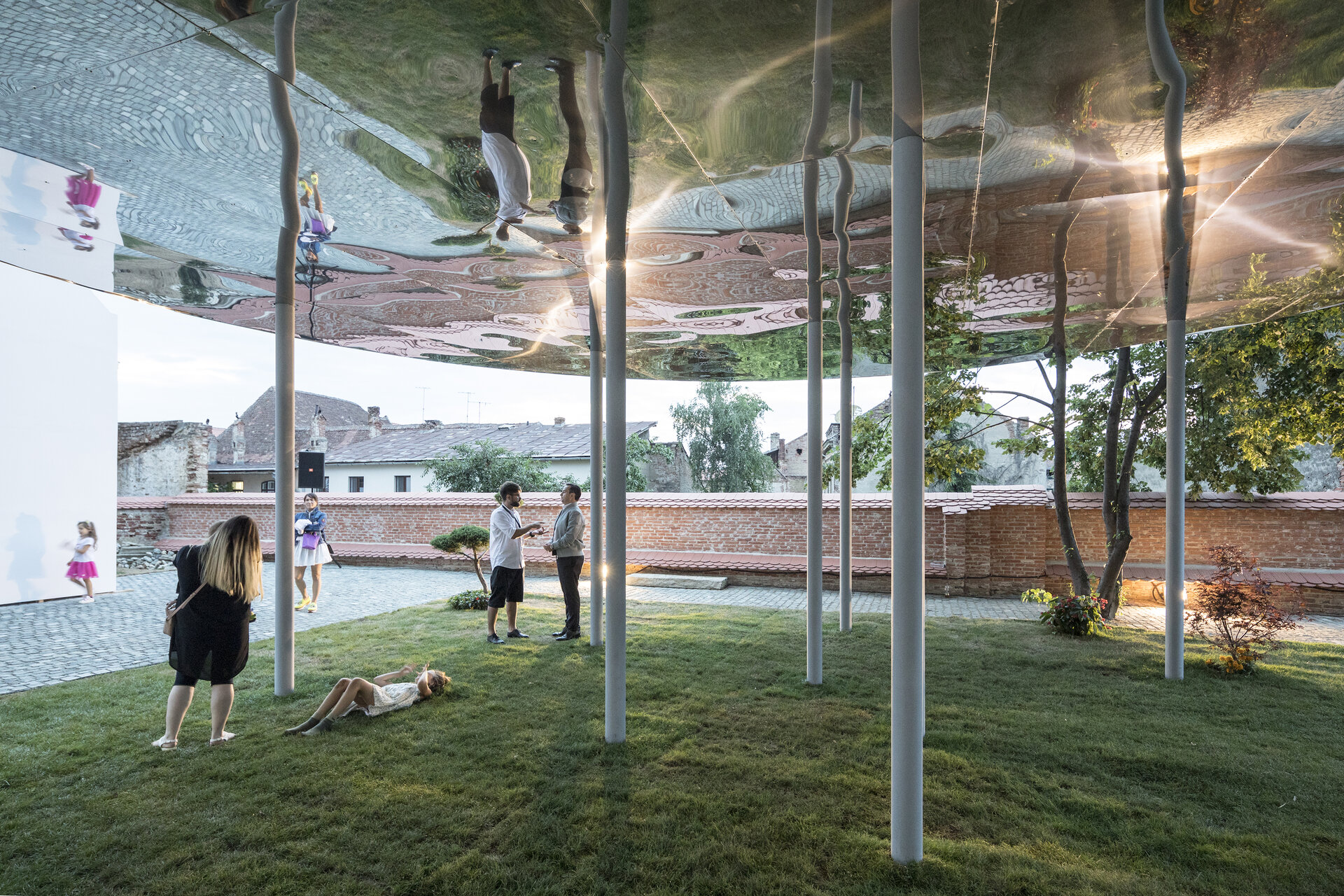 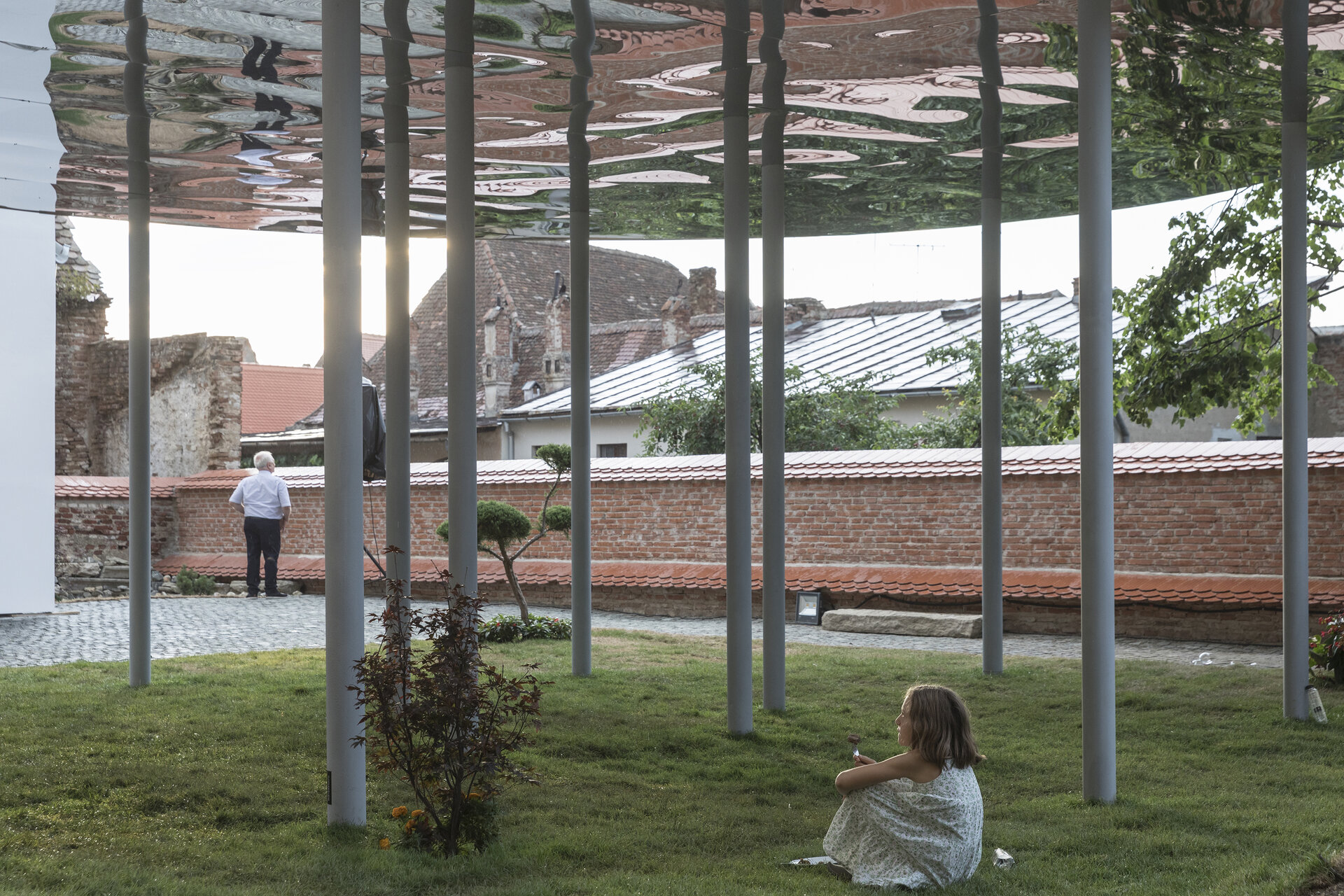 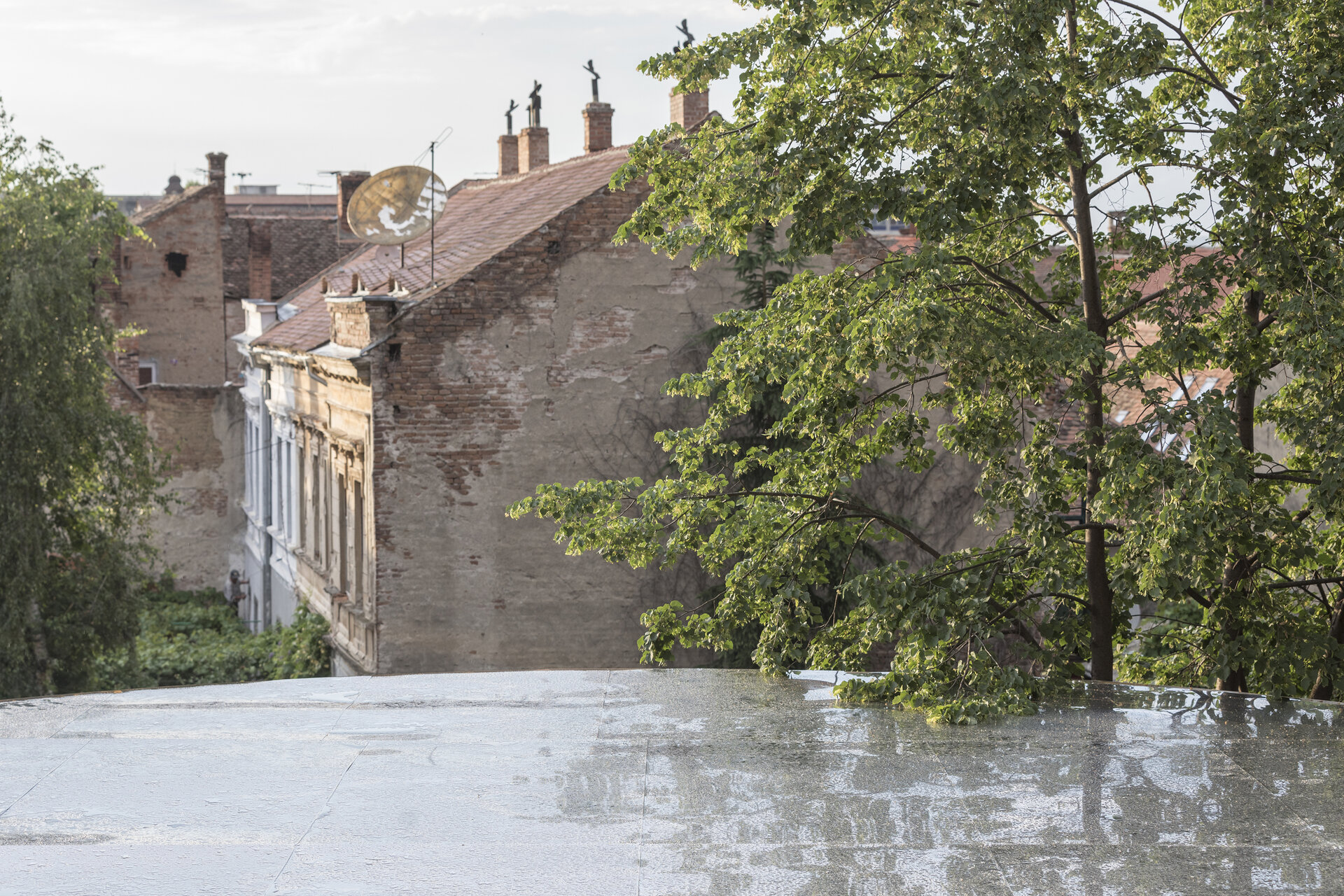 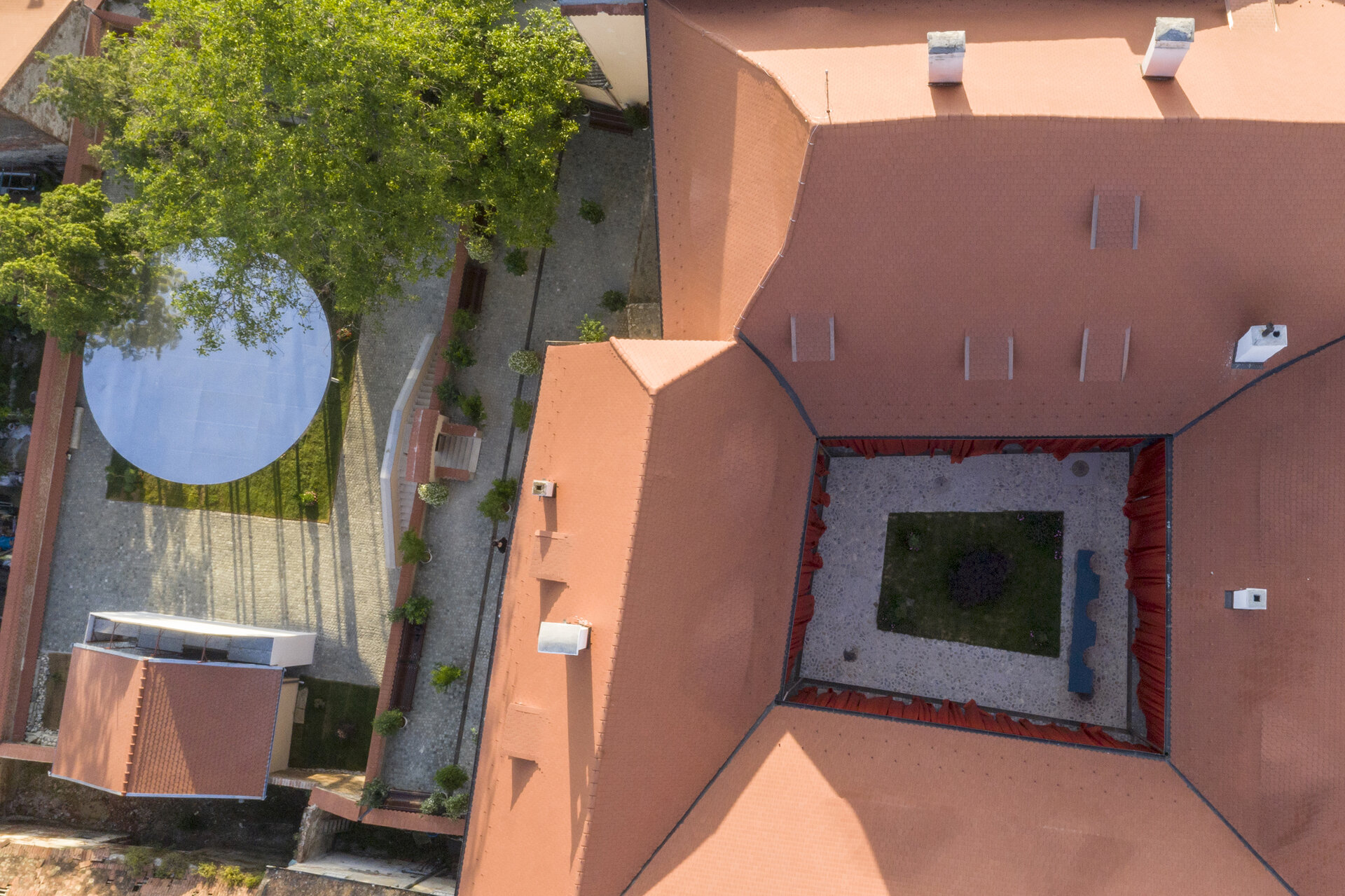 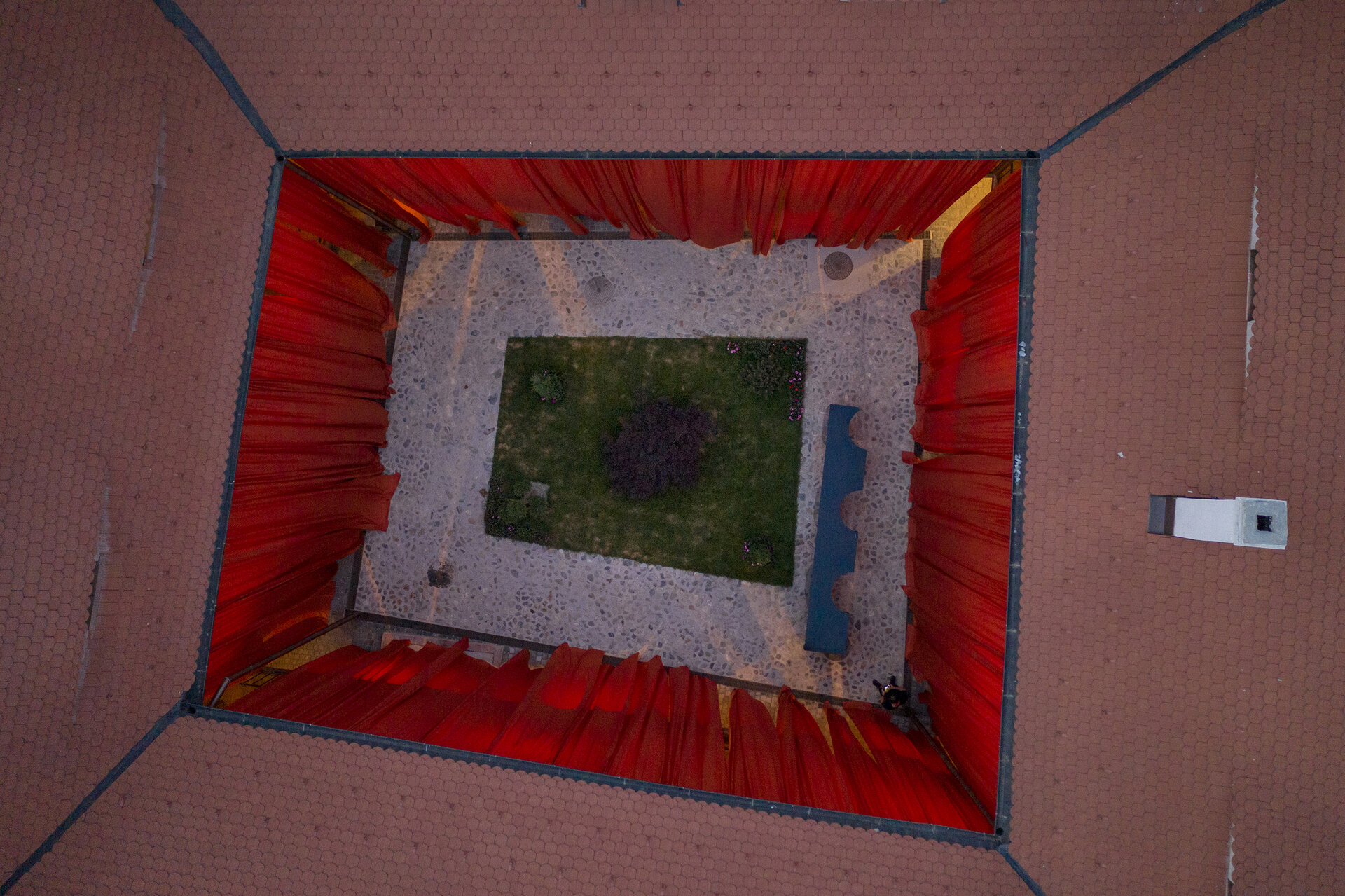 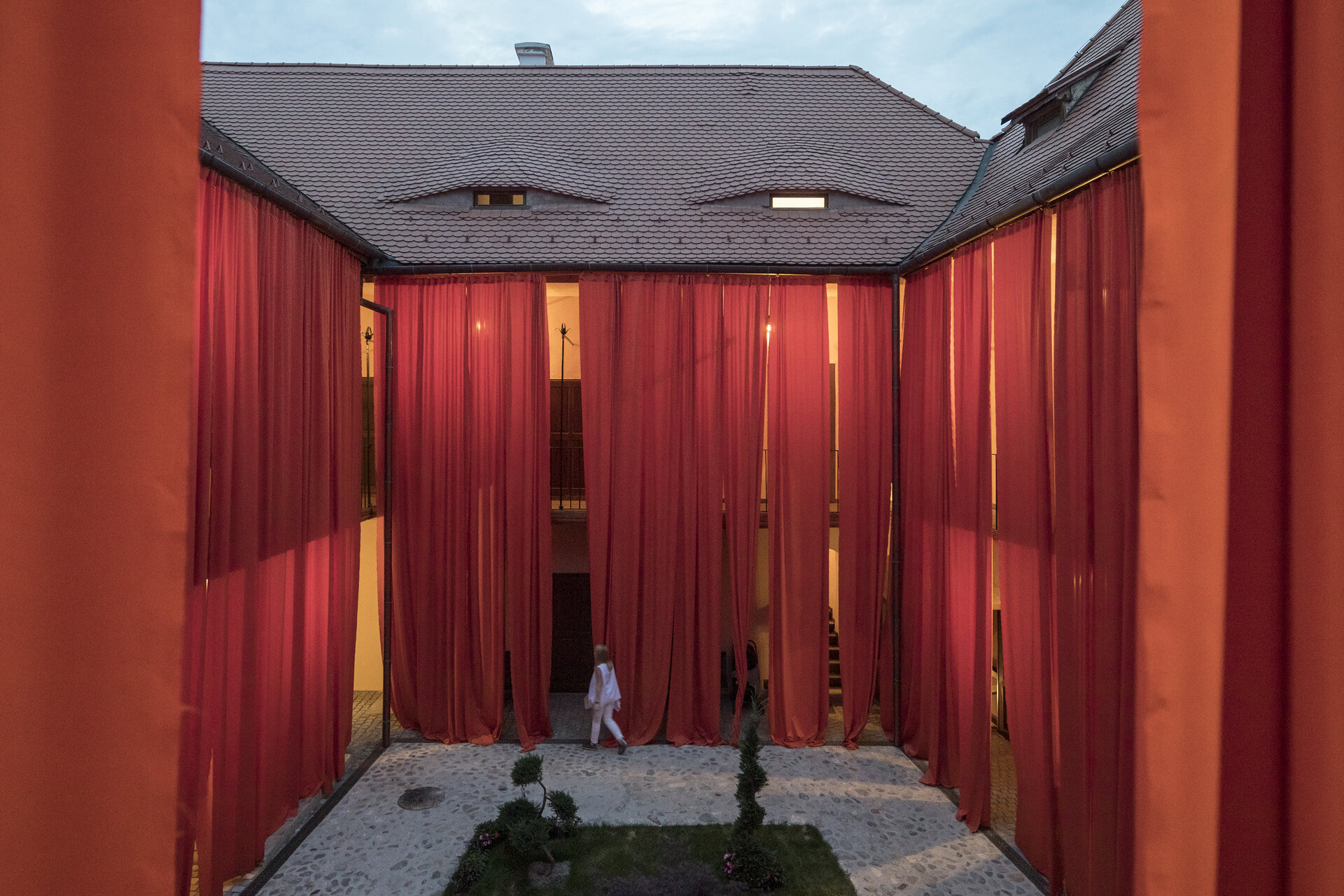 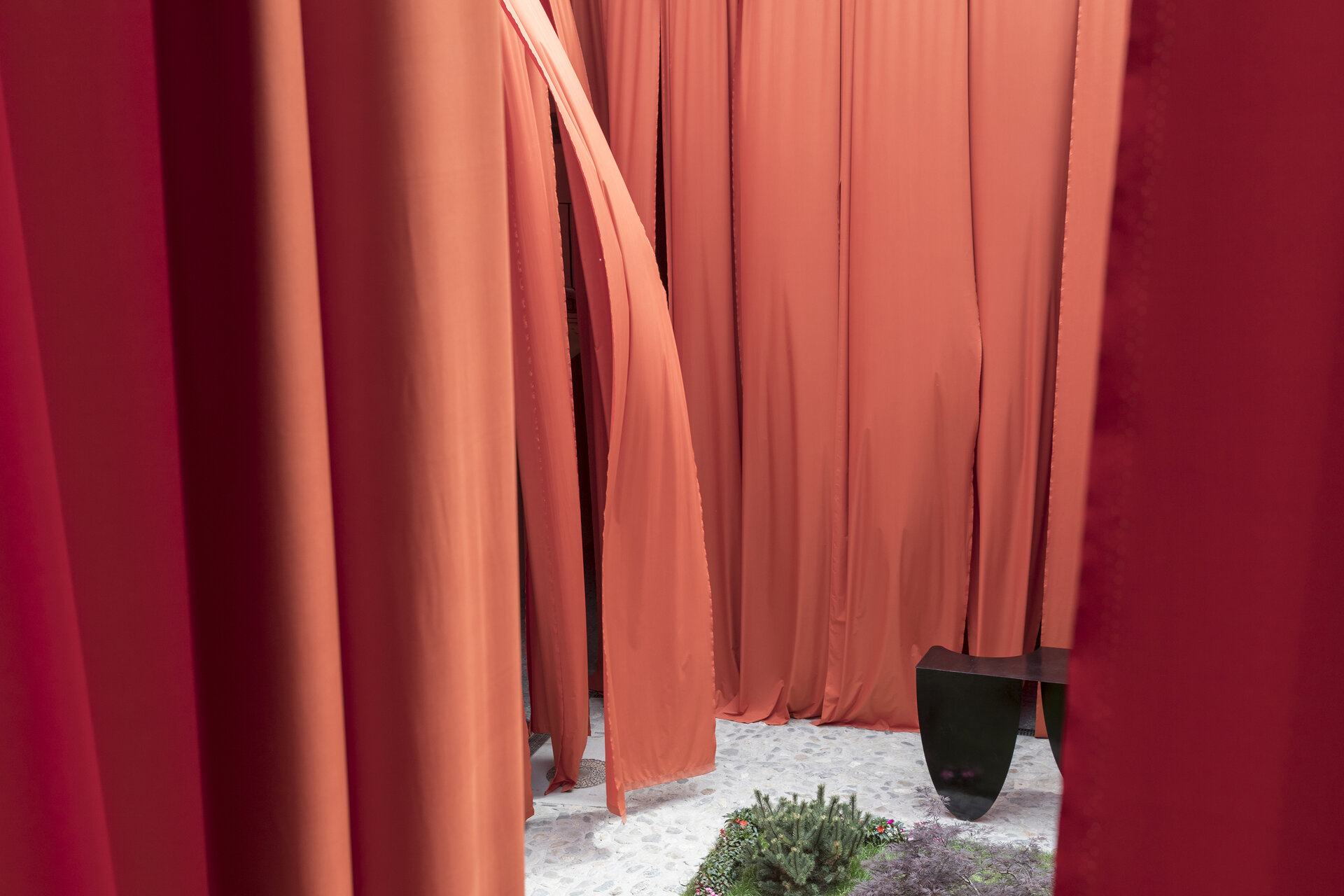