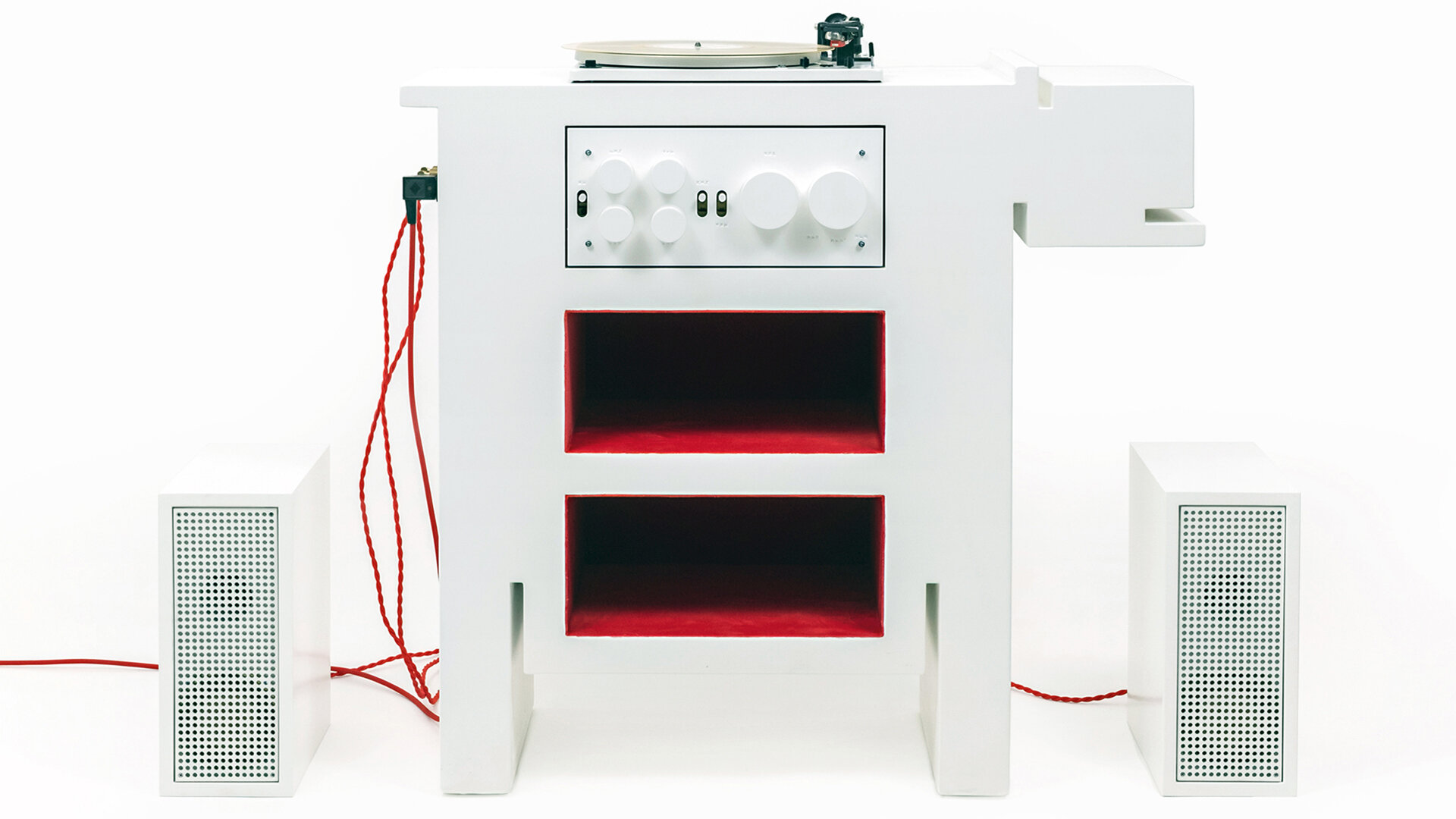 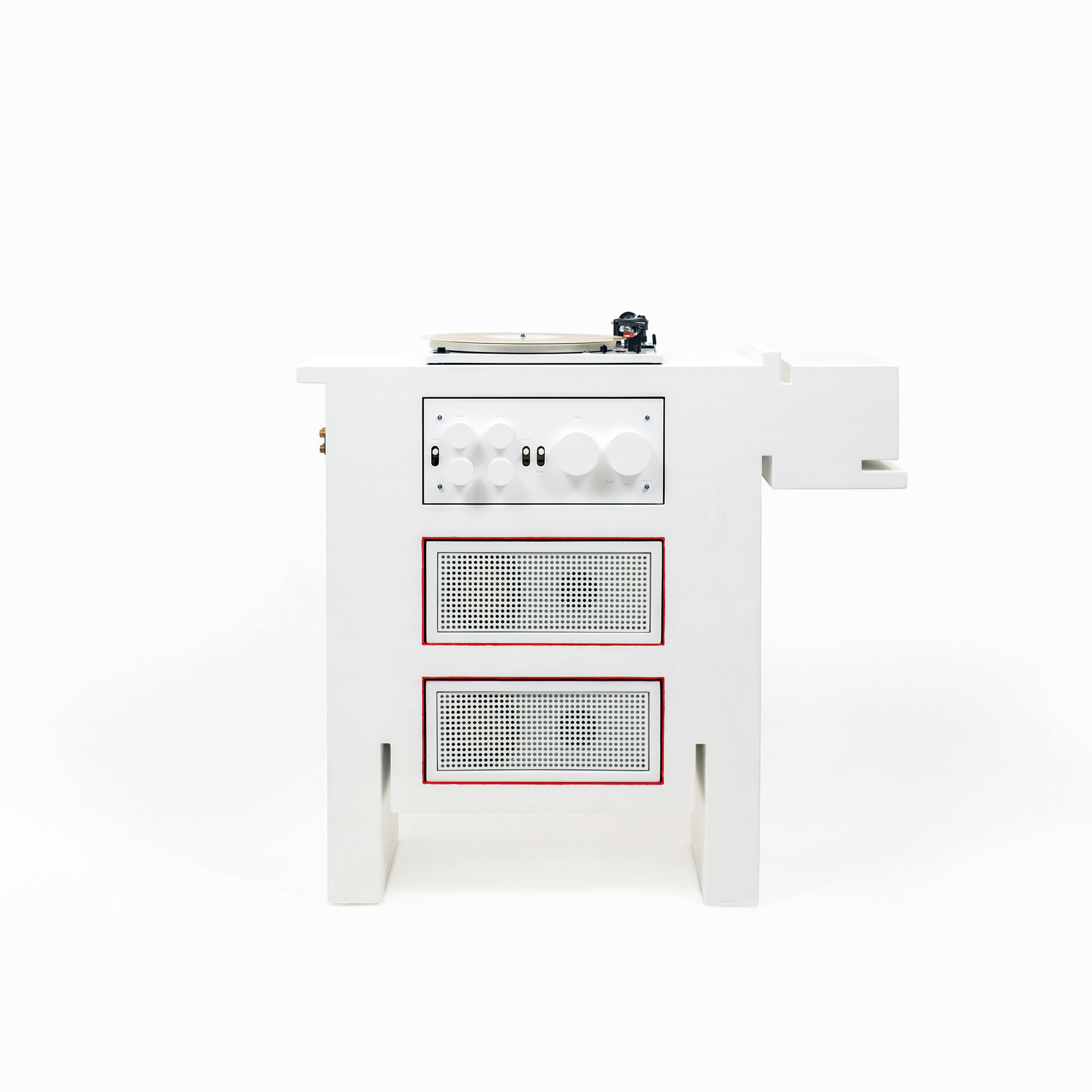 In the volume “2 metri latrați” two hounds and other secondary characters are passing through a succesion of chronological actions. 2 sawed-out dogs in black and white on paper or on t-shirts white on black (or red, orange, rainbow). They meet a cat on a sawed-out fence placed on a street found in a sawed-out city.
One of the characters, named Ham_LED, comes out of the volume and becomes a record player with speakers. In the initial 3D impersonations he is both a lamp and a cabinet with drawers. Now, the drawers have been replaced by a stereo amplifier and two loudspeakers, and its back has got a recycled turntable.
Bulldog with loudspeakers, knobs, platter and accessories.
If plugged into the mains socket it doesn't bark, it plays music … on demand.

Some of the objects we buy, we buy it emotionally and the final argument for purchasing something is only the story behind. The woofer is such an object, it has a story, a good one, it has a playful design which incorporates new materials, with a funny reference to the first steps in technology. It seems to address young kids with old souls or mature people who remain kids in their hearts. Also, Woofer has more functions than those of simply decorating a room, as you can interact with it in more than one way; and this is what makes a design object good. 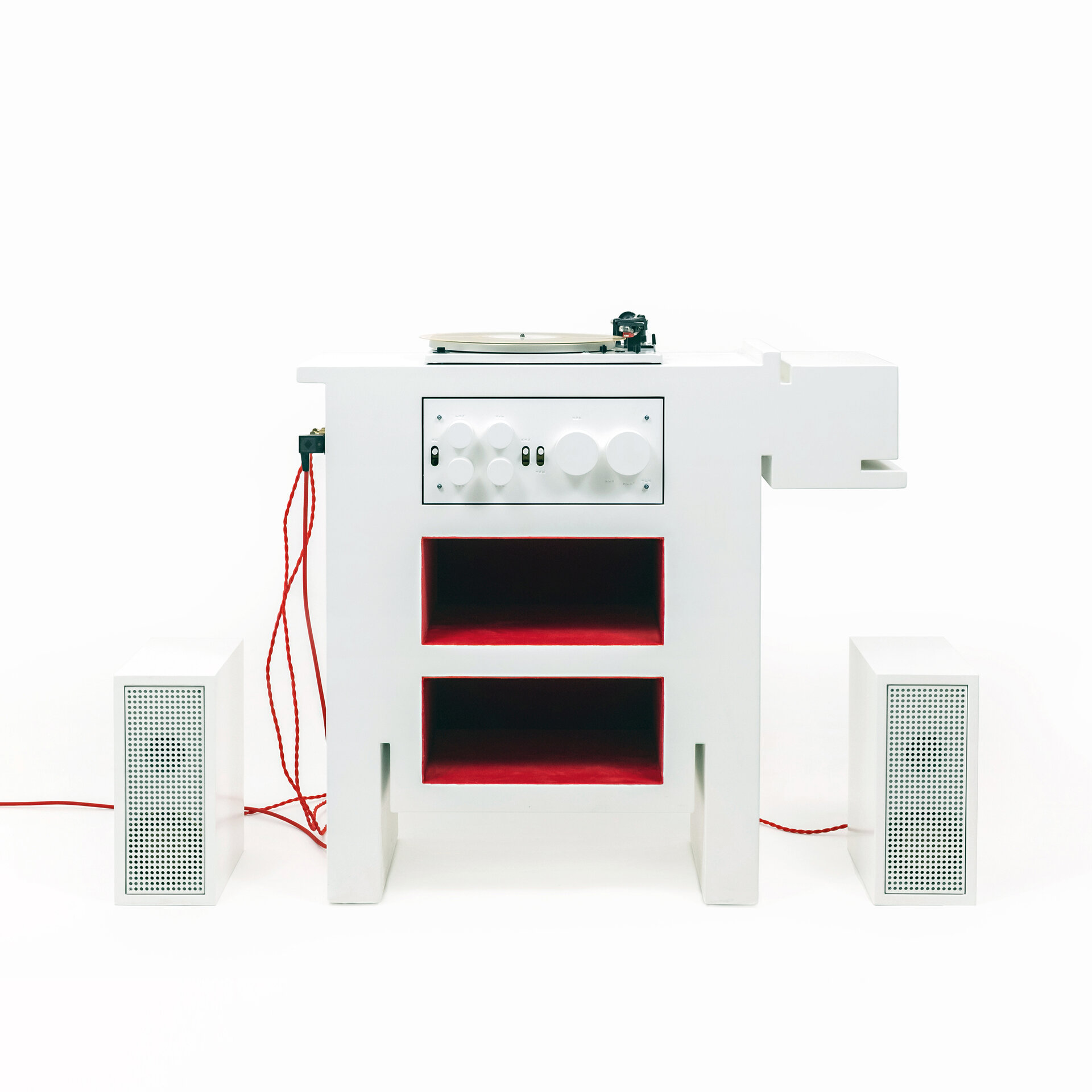 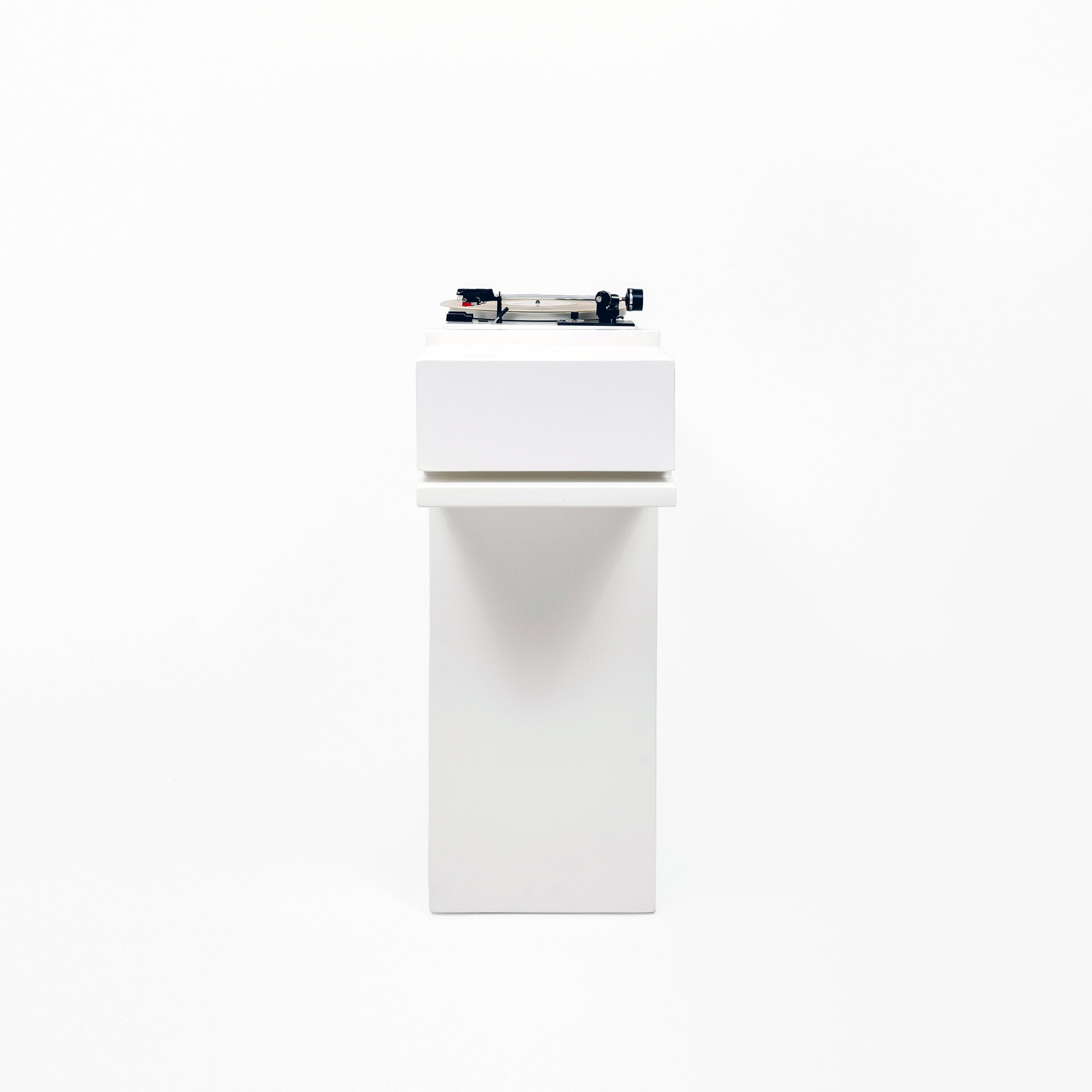 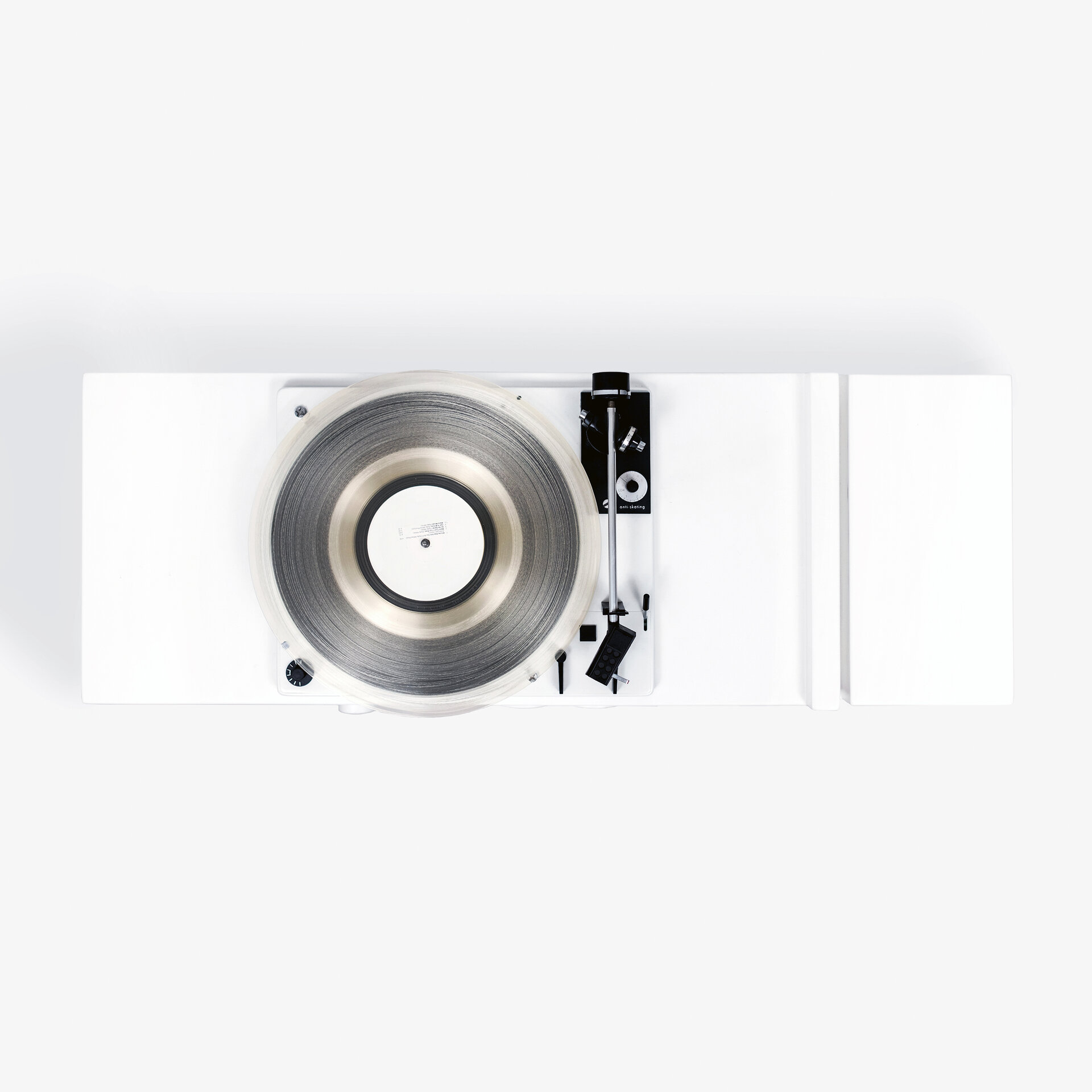 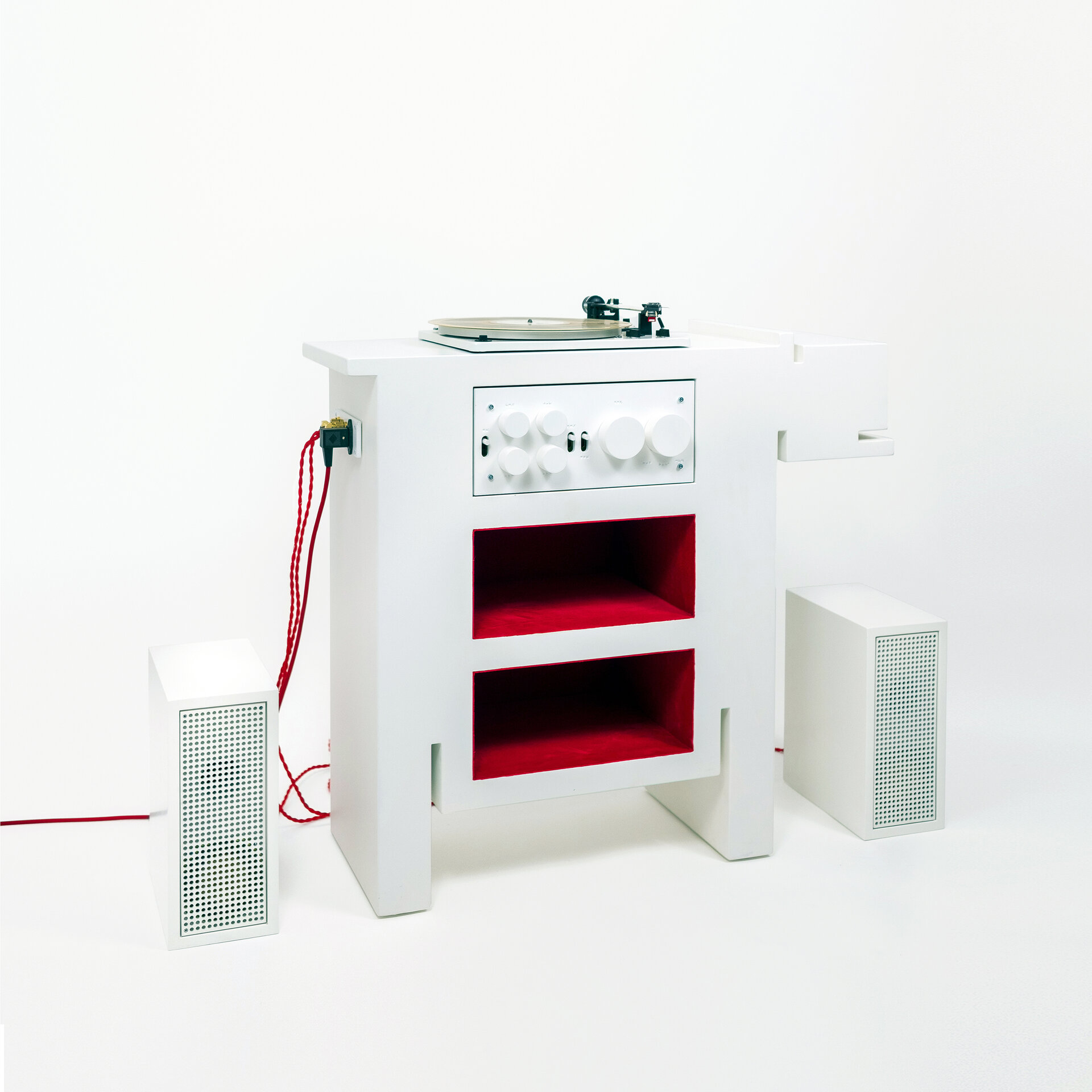 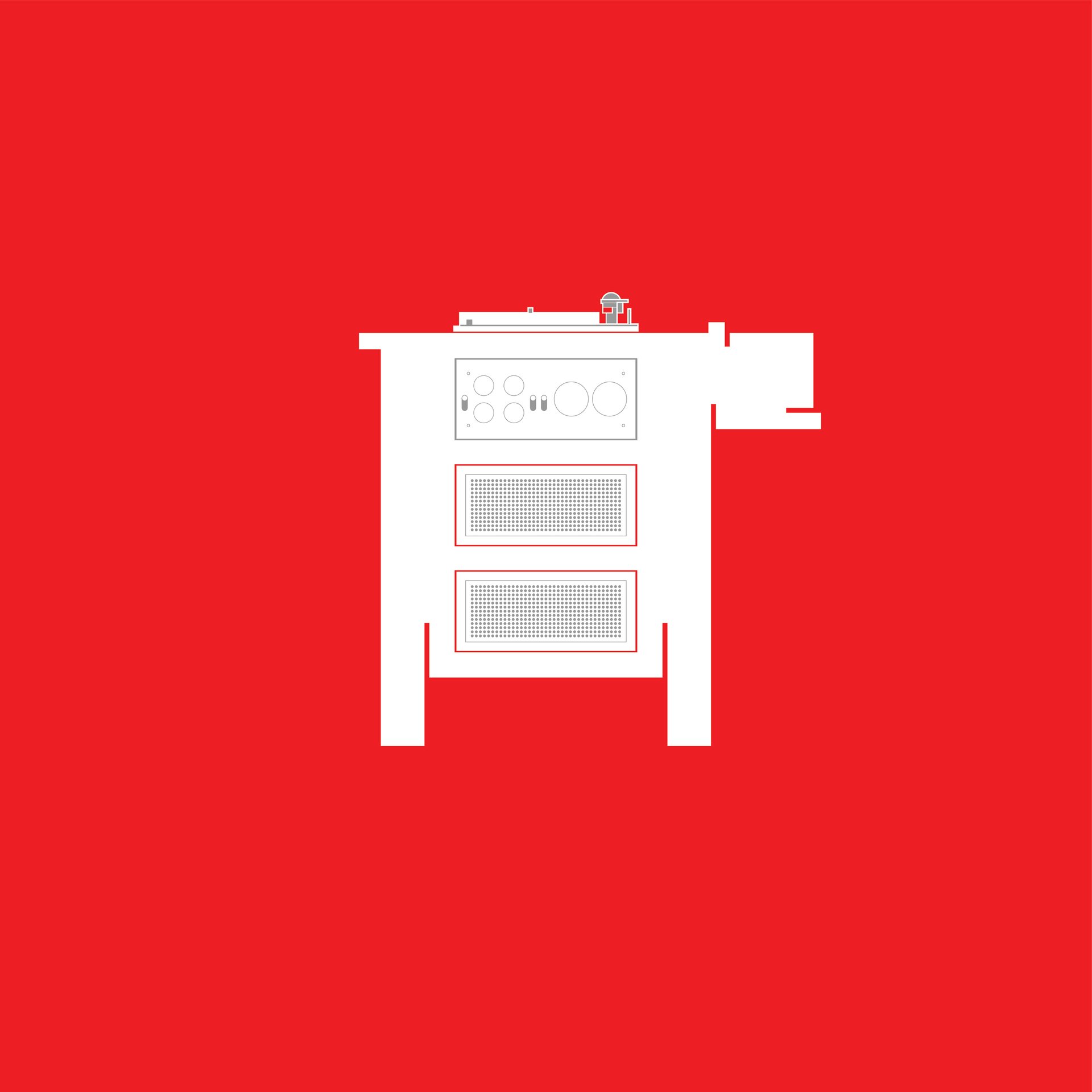 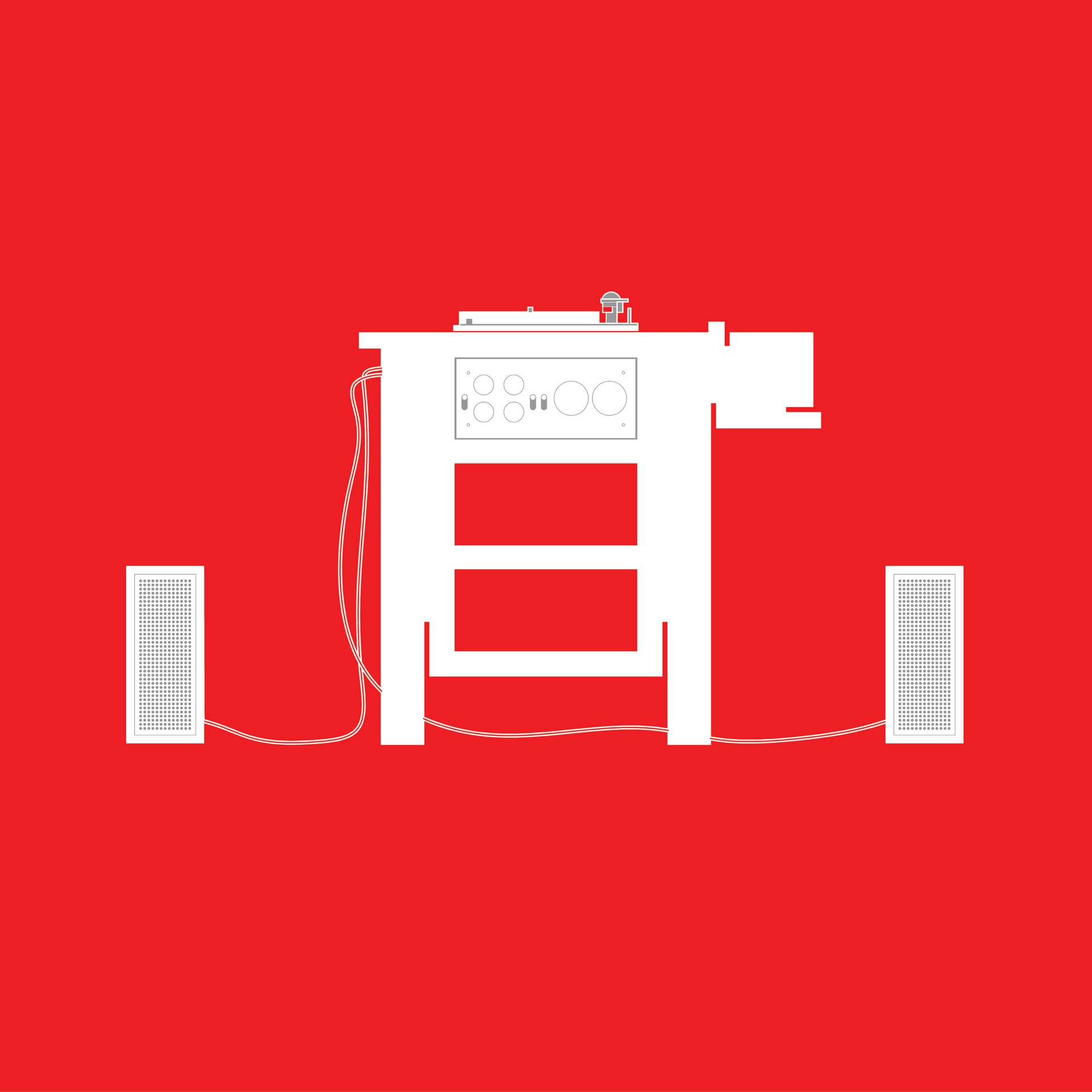 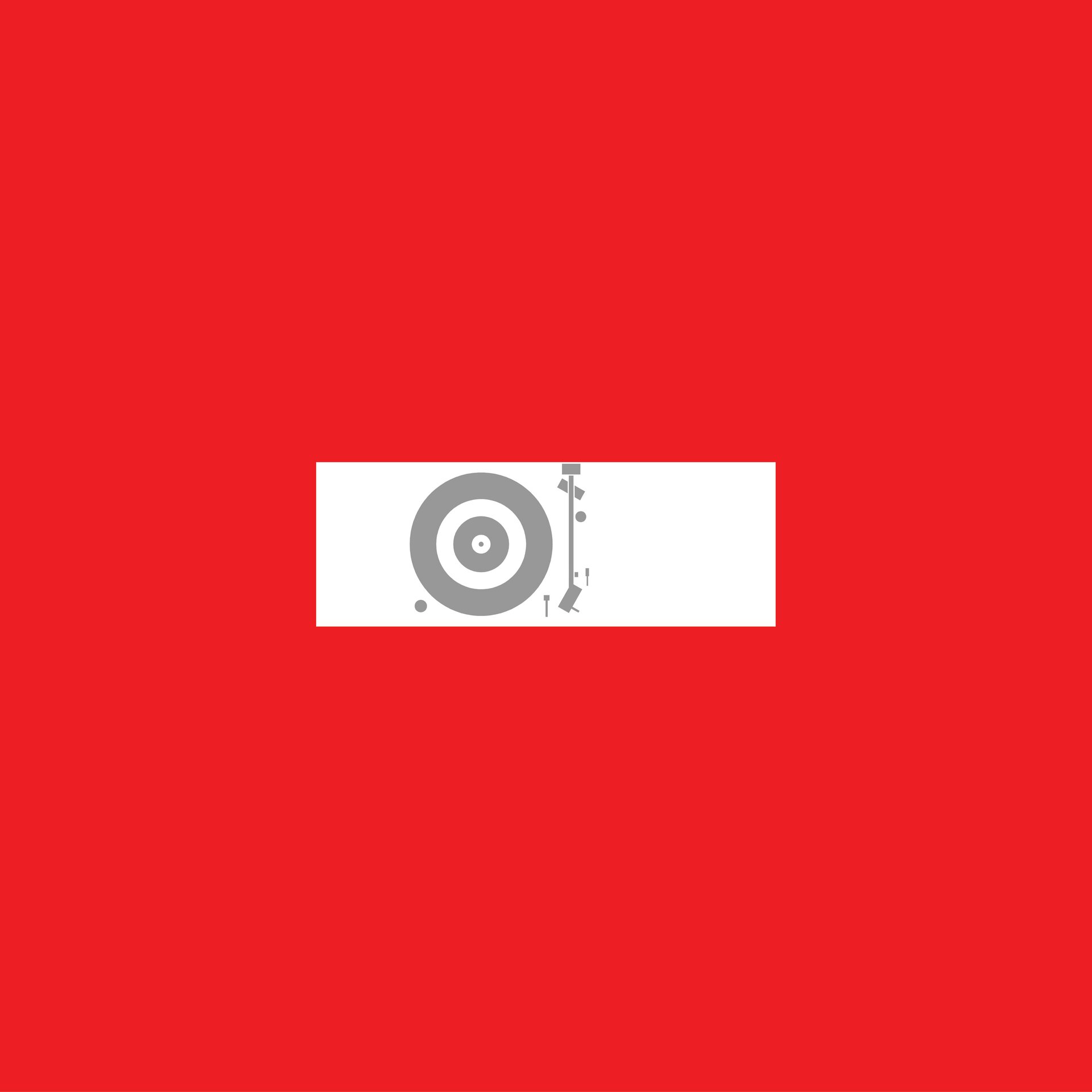