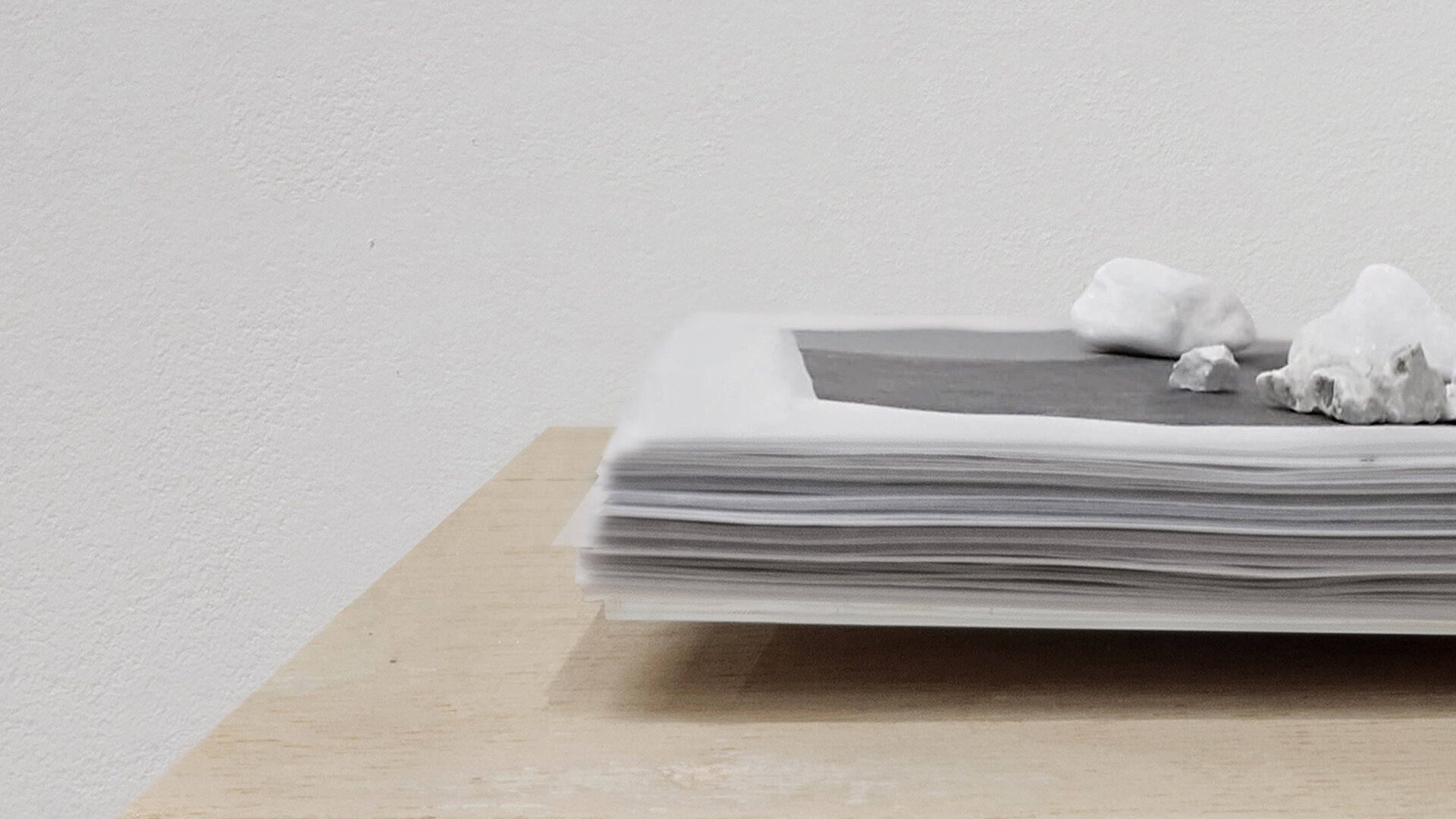 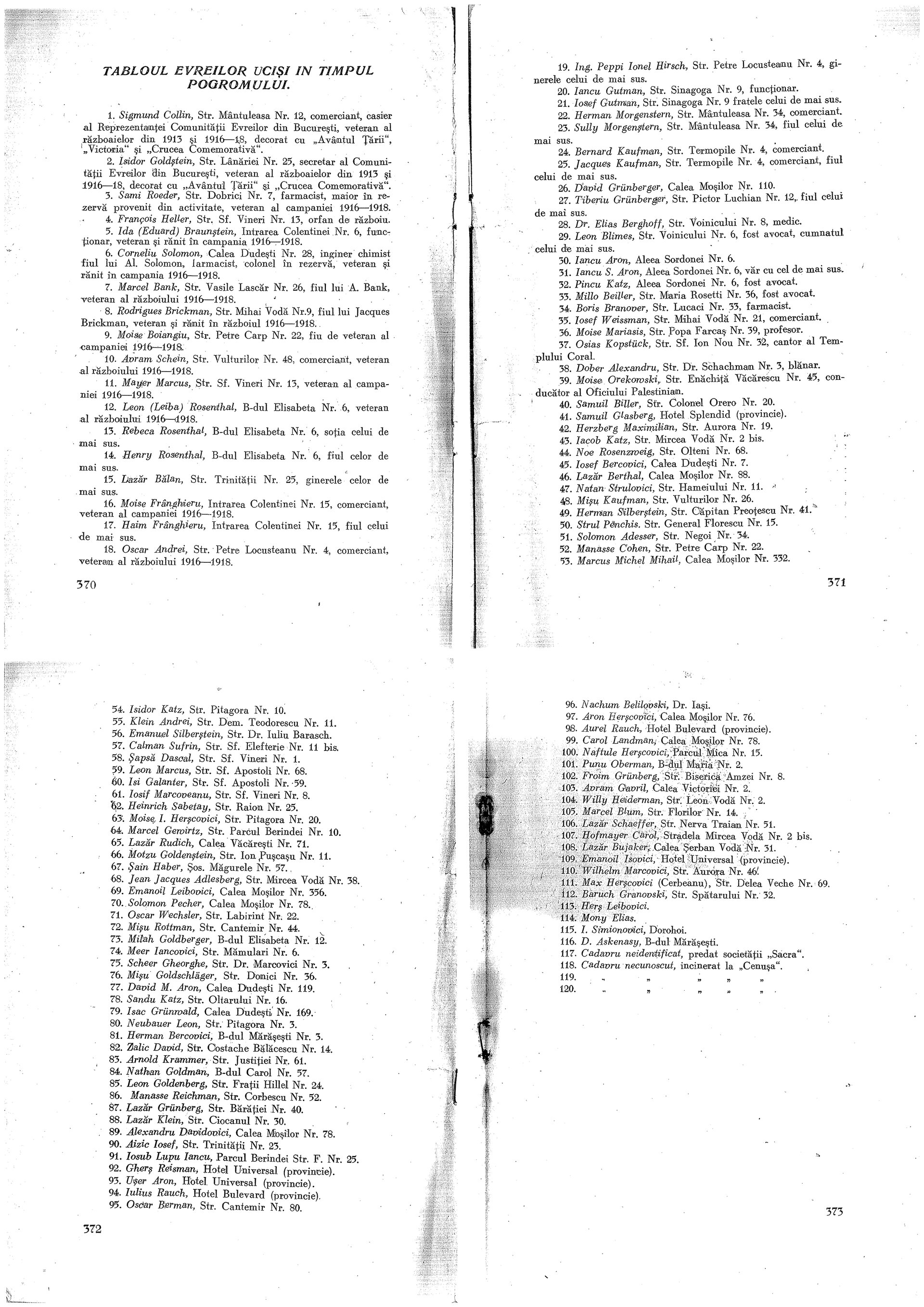 What we tend to forget and what we remember do not share the same kind of memory. In his essay, back in 2005, Giorgio Agamben was making a distinction between recalled memory, put down in writing or archived as documents, and unforgettable memory which is unwritten but remains in our subconscious after going through an experience at a certain point. We sense and inhabit the world along with our daily spatial motion, but we manage to store our memories only in an intimate relationship with their place. When a space becomes “our own”, linked to a person, an object, or an inner event, we change its state into a place. For that reason, it can be said that to be in a place it is necessary to remember first, but also in reflection, when we already find ourselves in a place we can pass unforgettable memory on to it, for the future. The metamorphosis of space-place is crucial to the mnemonic process and acts as a foundation for the commemorative act.
"Places" is a visual essay which documents a private research on Bucharest’s memory landscape. Furthermore, the project unfolds itself as an object-installation, a part of a group exhibition: "Image fantôme", at Anca Poterasu Gallery, in Bucharest, 08.09 – 18.10.2021.
"Places" is a digital map, accesible online, which brings to light the addresses of victims of the 1941 Pogrom in Bucharest (21-23 January), shown in Matatias Carp’s ”The Black Book. The sufferings of the Jews from Romania 1940-1944”, overlapped on the current map of Bucharest.
All identified urban spaces are documented as extracts from the city’s old maps and photographs taken on-site by students and volunteers, from July until August 2021. Every volunteer had the freedom to experience and connect with the urban place, and capture its essence innerly, a trace identity which transcends the period of time between the two generations. Inside the exhibition, each photo was printed on transparent paper, and stacked on top of the other, until the photos become opaque and unreadable. Just like a bureaucratic archive, all 125* pages are hardly accessible by the public. In contrast, each captured image can be viewed individually on a digital tablet screen while a QR code offers the possibility to virtually explore and visit every address inserted on the current map of Bucharest. The map will work as an open source so that another visitor can add its subjective image of a place he gets in touch with. A memorial built through observation and coparticipation.
"Places" is a mnemonic practice that aims to bring collective trauma into public space. Similar to empty “shells on the shore when the sea of living memory has receded” (Pierre Nora), spaces are quietly waiting to become again "Places" as we inhabit them daily.
Map website link: https://rb.gy/dol78e
* In old documents are mentioned 125 victims of the pogrom of which Matatias Carp records in his book 116 identified individuals and 4 unidentified. 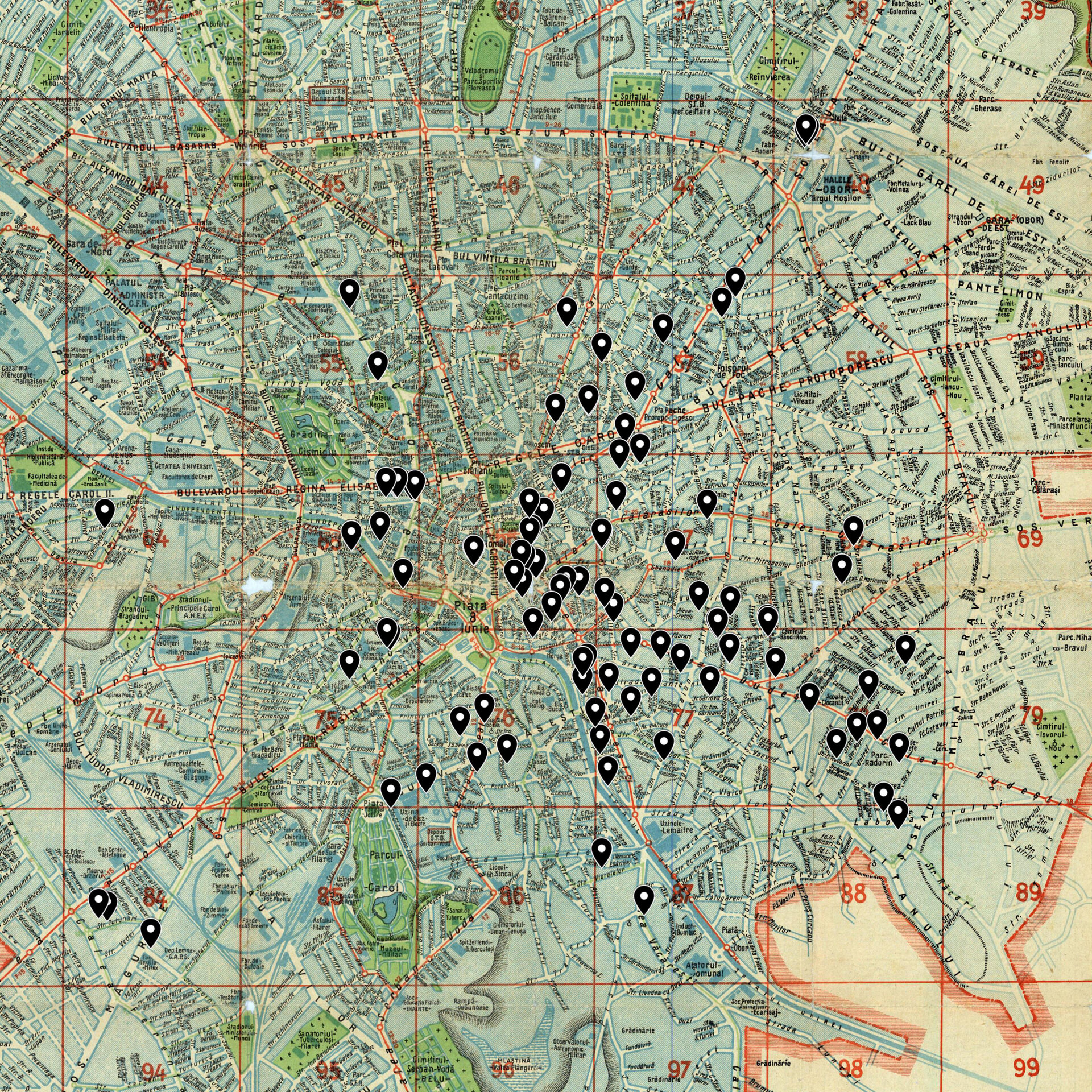 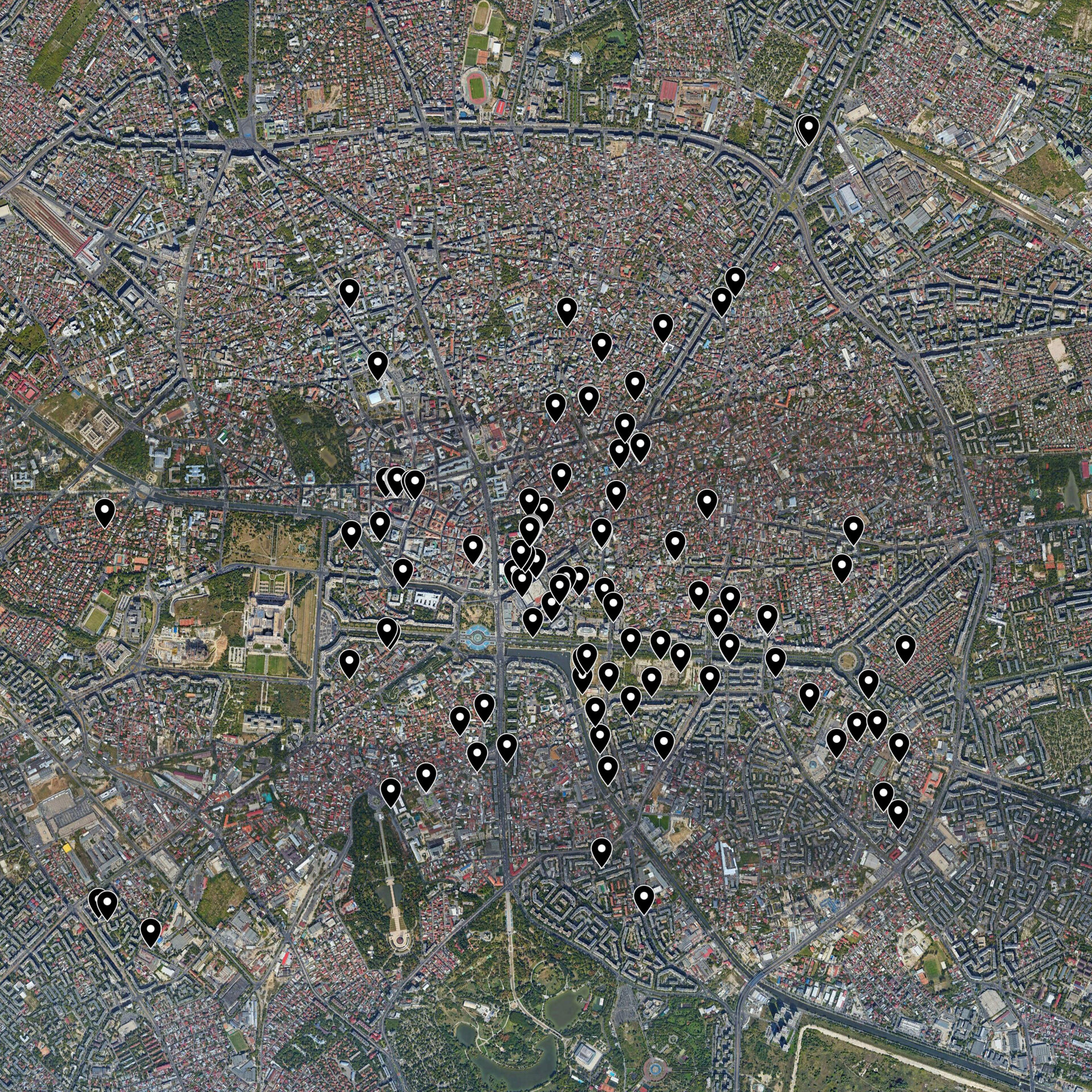 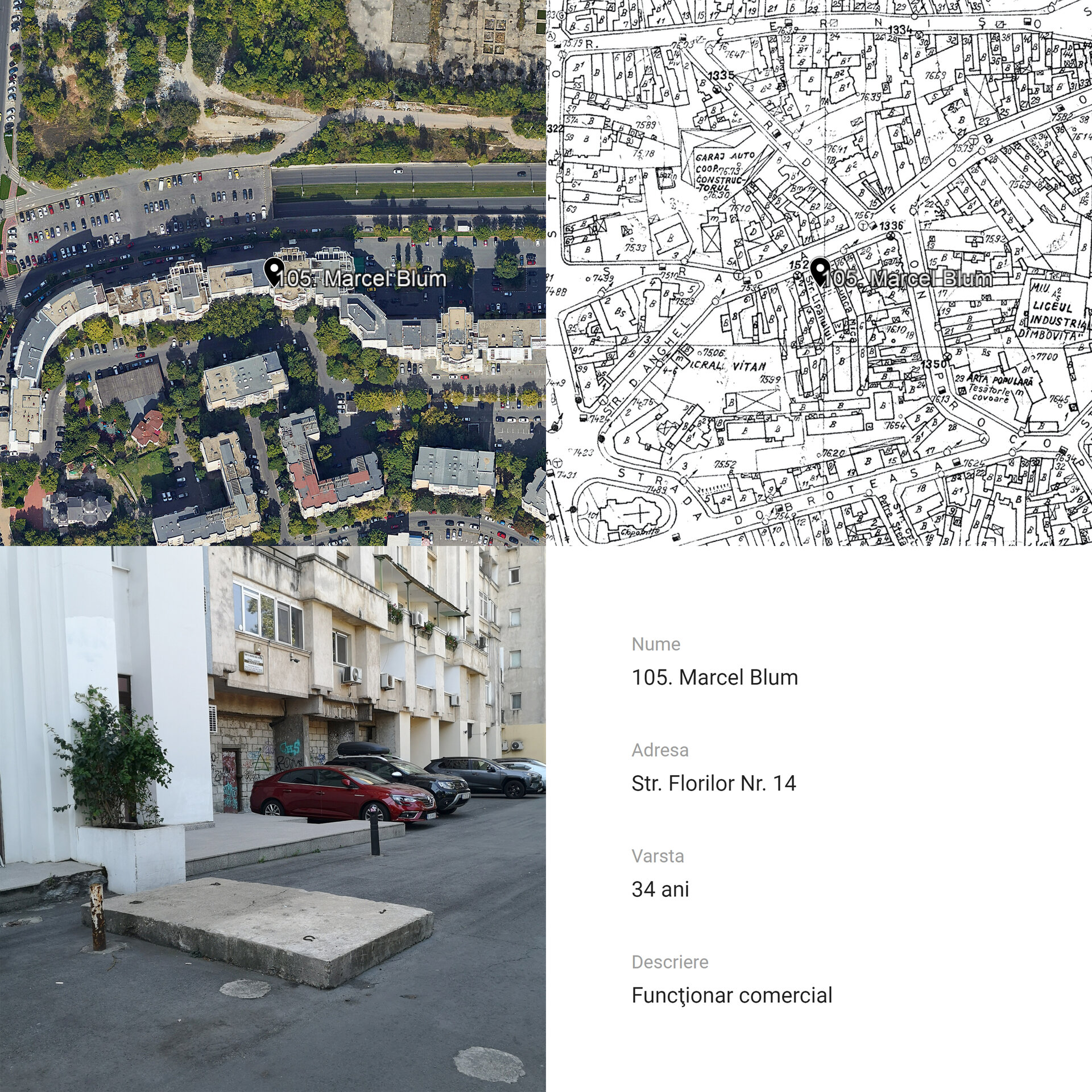 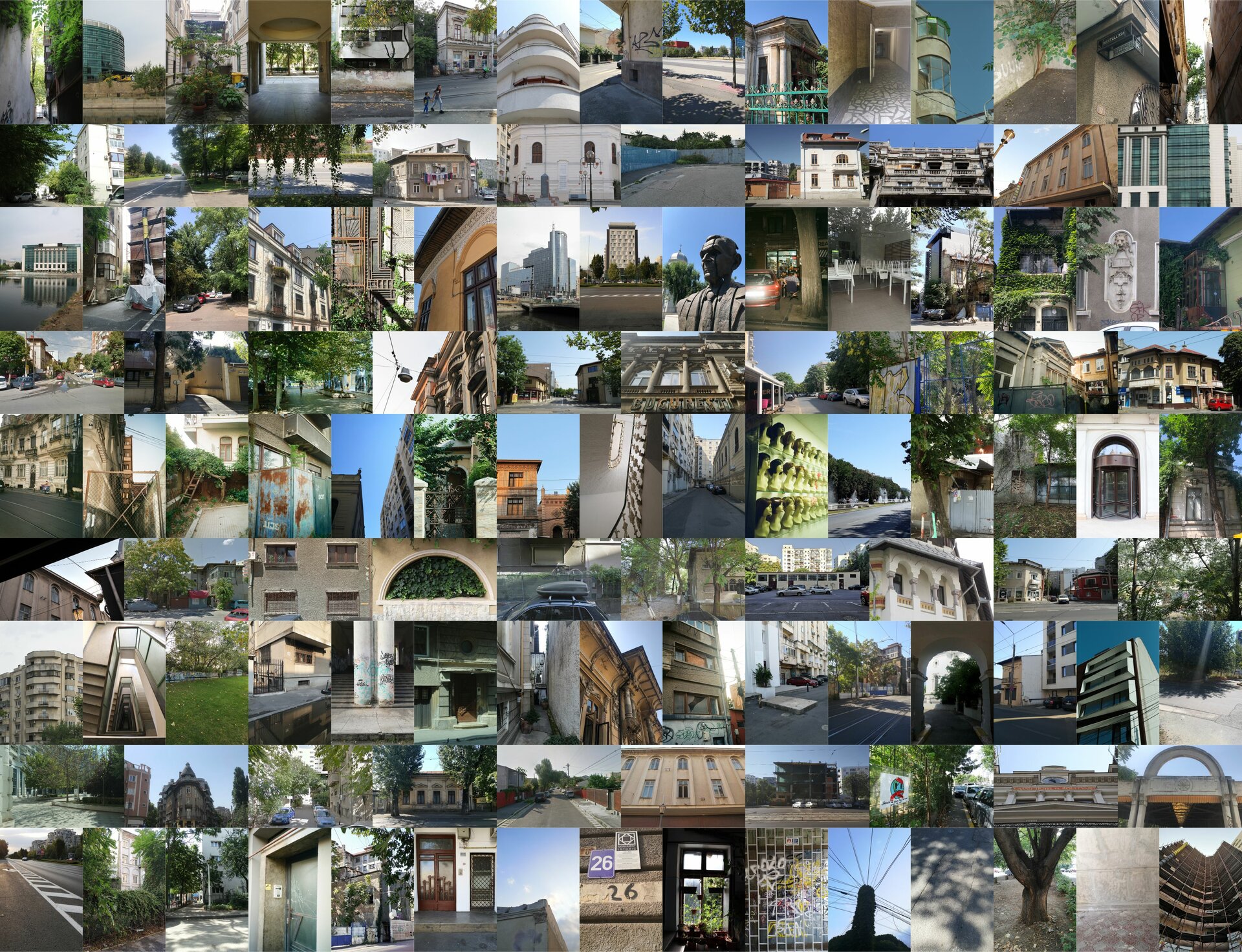 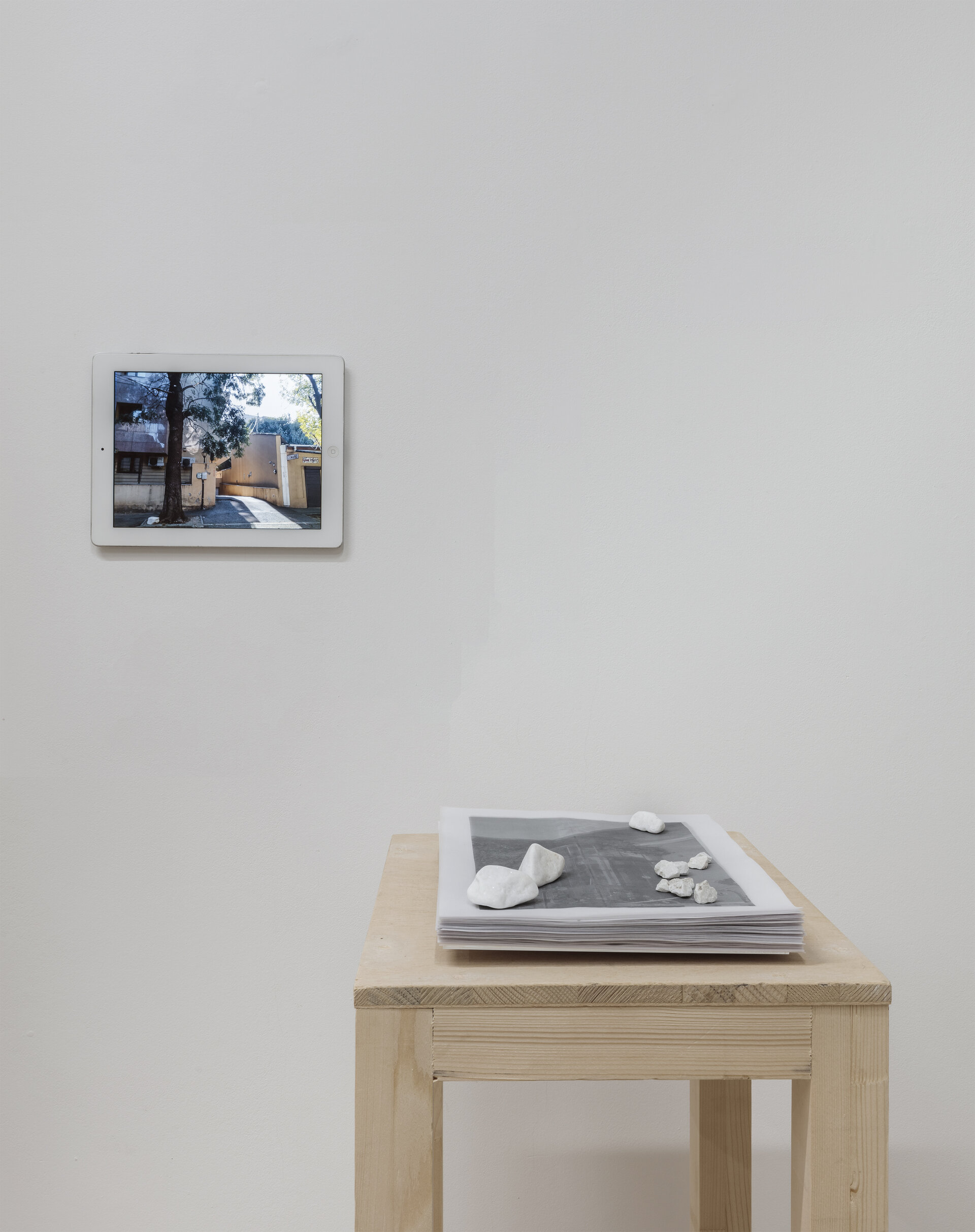 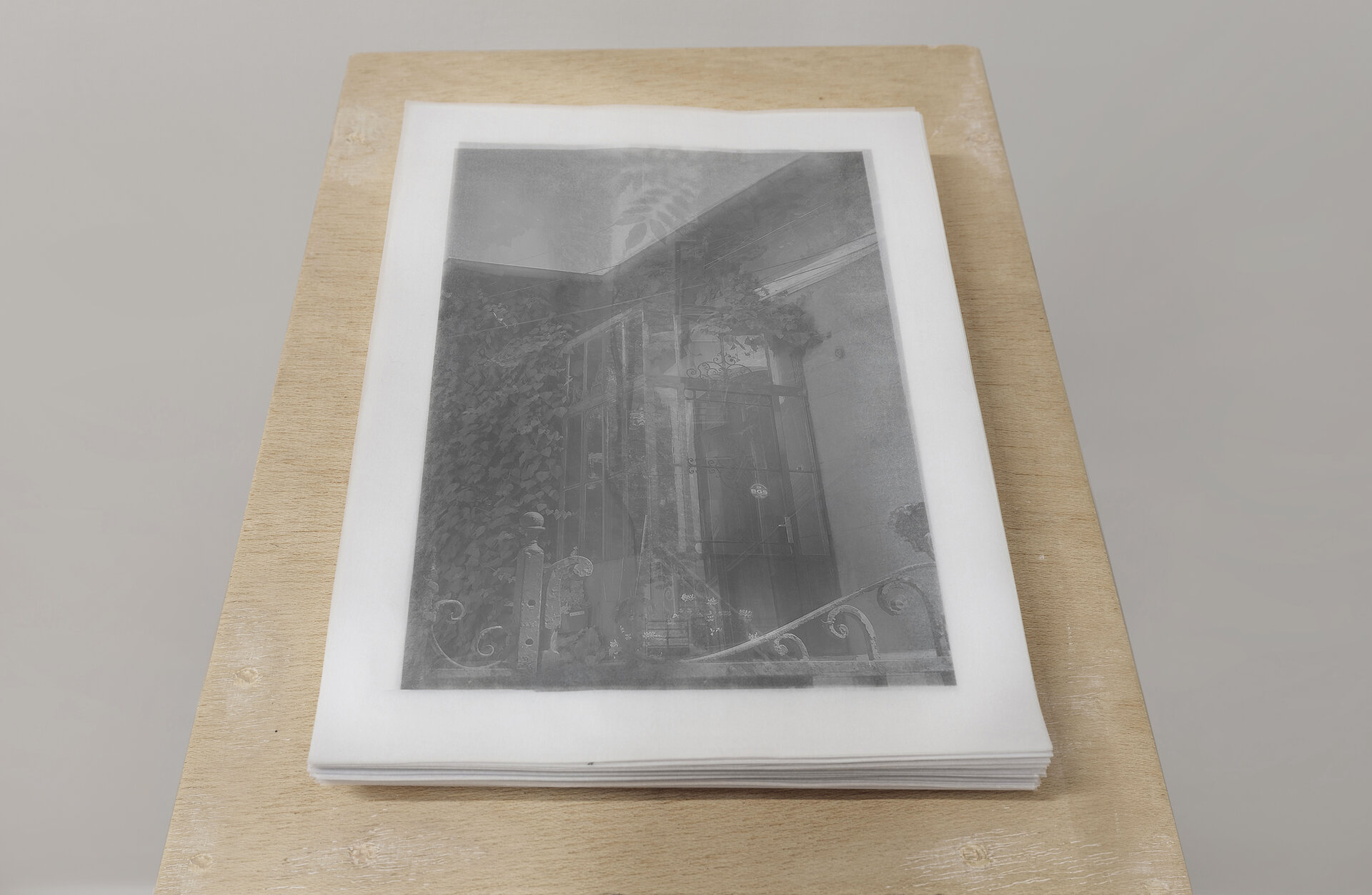 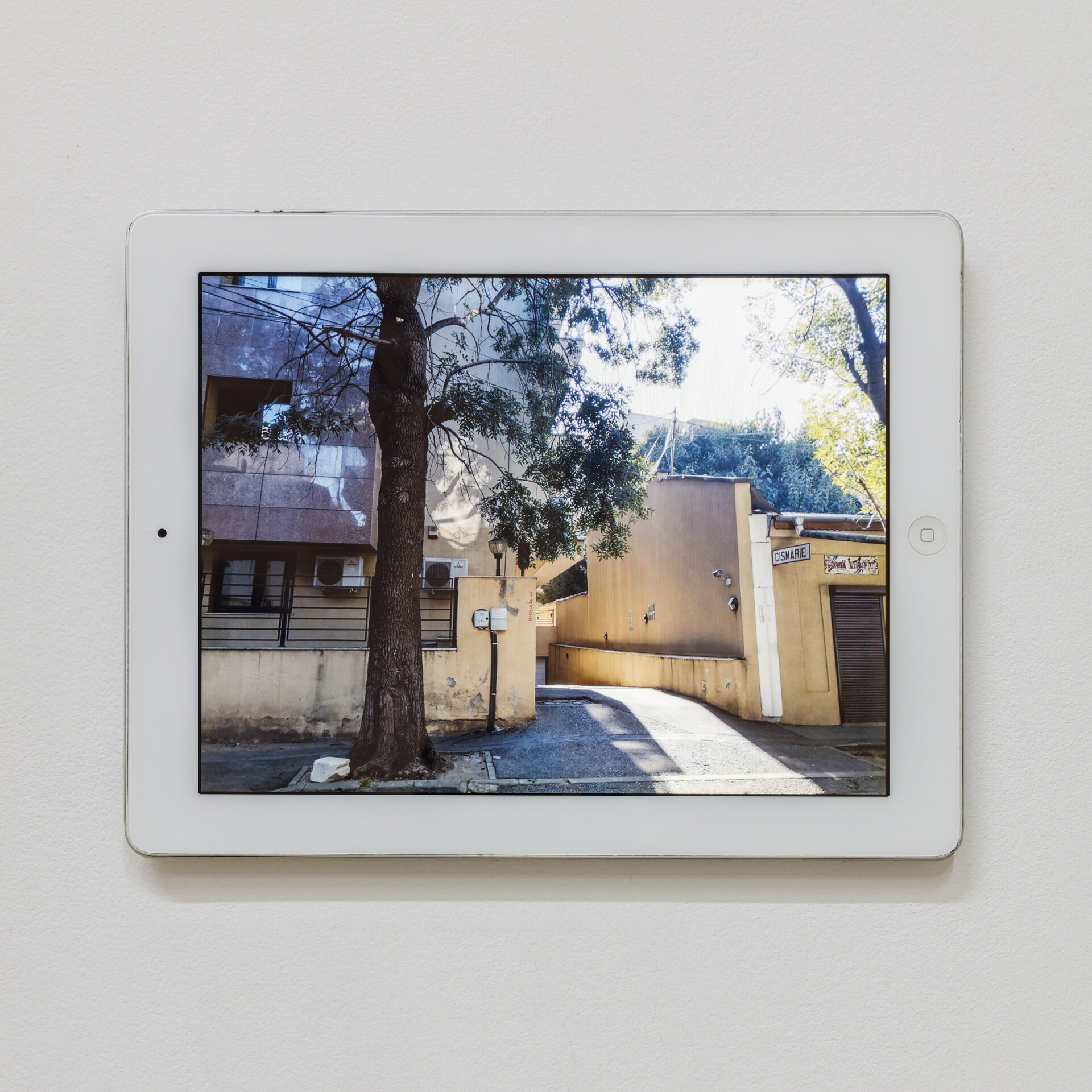 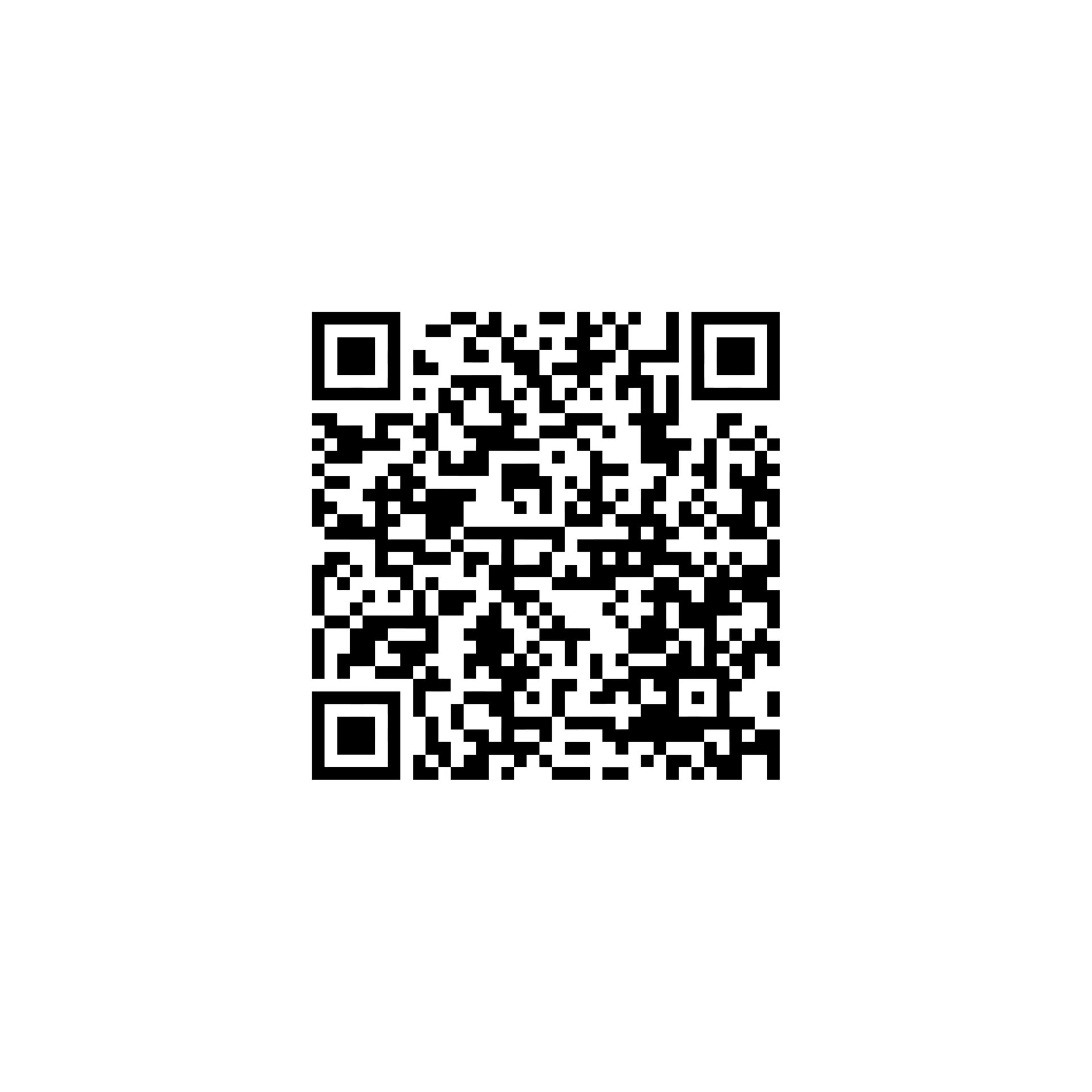 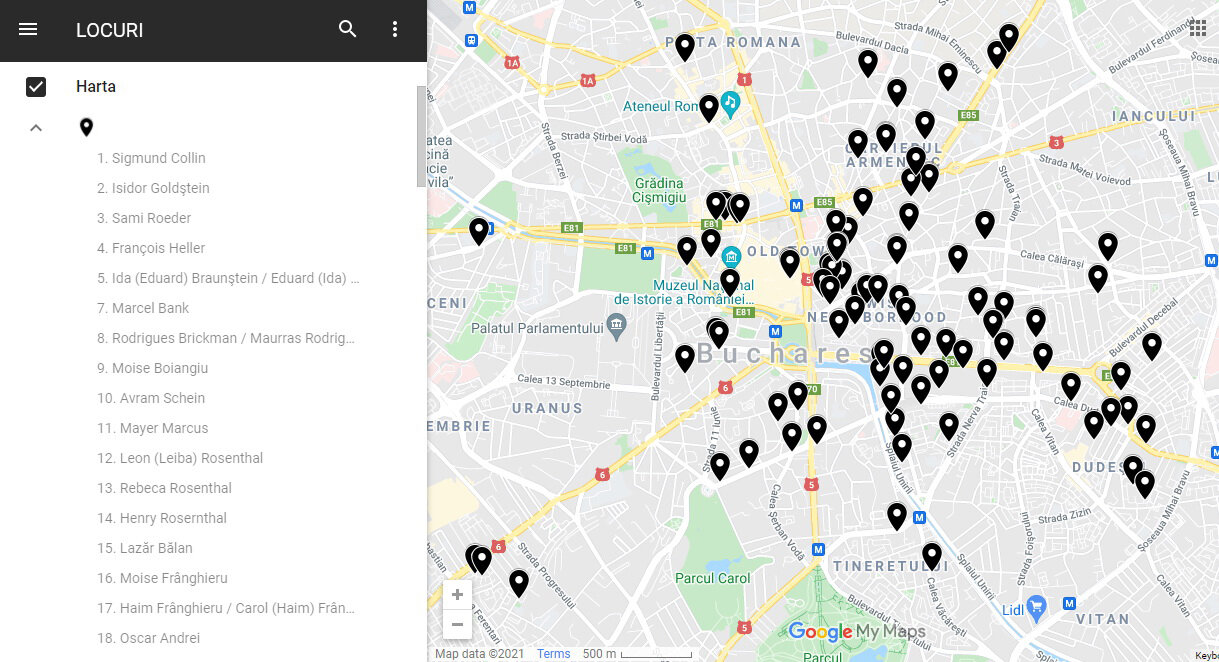