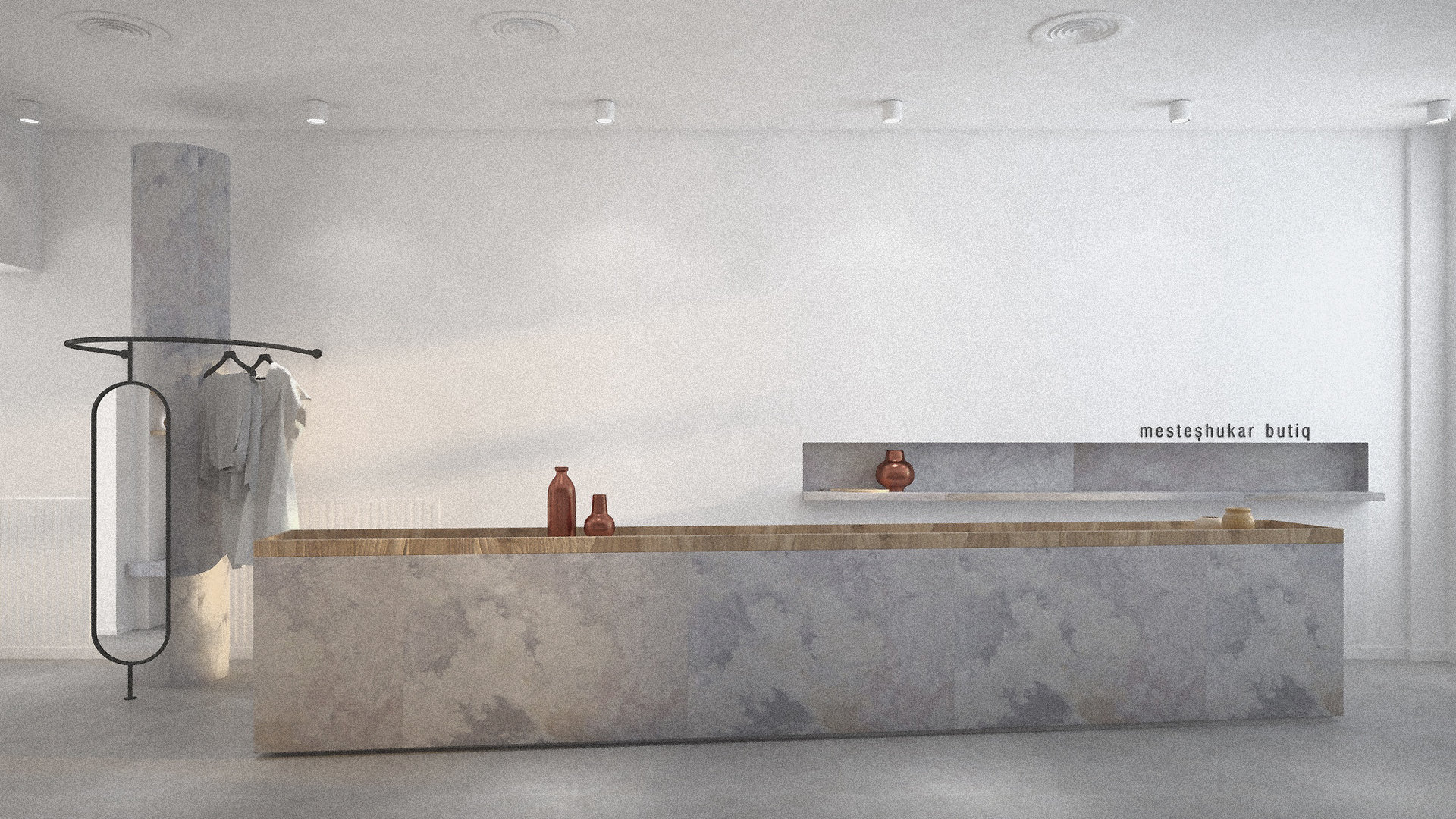 Space and time are two fundamental ontological dimensions for inhabiting/experiencing human creation, be it an object, or a space/room. This two existential pillars hold up the substructure of mundane and extra-mundane space organization. The space that we have tried to conceive can be seen as an institution that educated in the spirit of a certain value system, it promotes these values and is open to everyone prone to knowledge and learning. The result comes into existence as a sort of microcosm held together by a certain type of order, and the objects that inhabit it. It is a place that revolves around a table found at the core of it; it is this table that holds everything together and calls upon a sort of recollection/assemblage. The horizontal table and the vertical pillar are the elements that connect mundane space and time, that of the known/everyday world, to the extra-mundane space and time of an ideal world. The culture derived from this system is meant to reestablish the primordial balance between man and its surrounding world and, ultimately, to educate man. It is around this table that the entire universe made up of objects finds its structure; the table generates order in this value system and is also an intrinsic value in itself. The pillar is the transcendental, it consolidates the peculiarity and specificity of the place and becomes a symbol of an ascendant/descendant hierarchical process underlain in this system we have described. Time is reversible with the appearance of this axis mundi – the pillar – that which connects two universes, two states of affairs, making it possible to cross from one to another and, essentially, to return to an ontologically original place – the exhibition space, in this case. Along the walls, the story that comes with the exhibited objects is being unveiled with a certain aura of mystery. In this new space, what makes the place is precisely the way this objects relate to each other, the way they are framed and placed; order is fundamental and it gives birth to value. Even the chromatics of this place, its serene and calm appearance, has, in a way, the aura of a primordial place, something at the beginning of the world. The exhibition space extends with another place in which intimacy is the key word; it is a place that gather people around through a sort of ritual that brings them close to one another. It’s a place where whoever dares to enter can better understand the story hidden beneath this whole concept and, more important, inside the objects. The space is efficiently managed so that it creates the ideal background for the objects to be exhibited, giving them a certain value in this system. The exhibits are the result of forgotten crafts from far away cultures down the timeline, but it is within this space that they prove to be, once again, meaningful, like a permanently recurring cultural archetype.