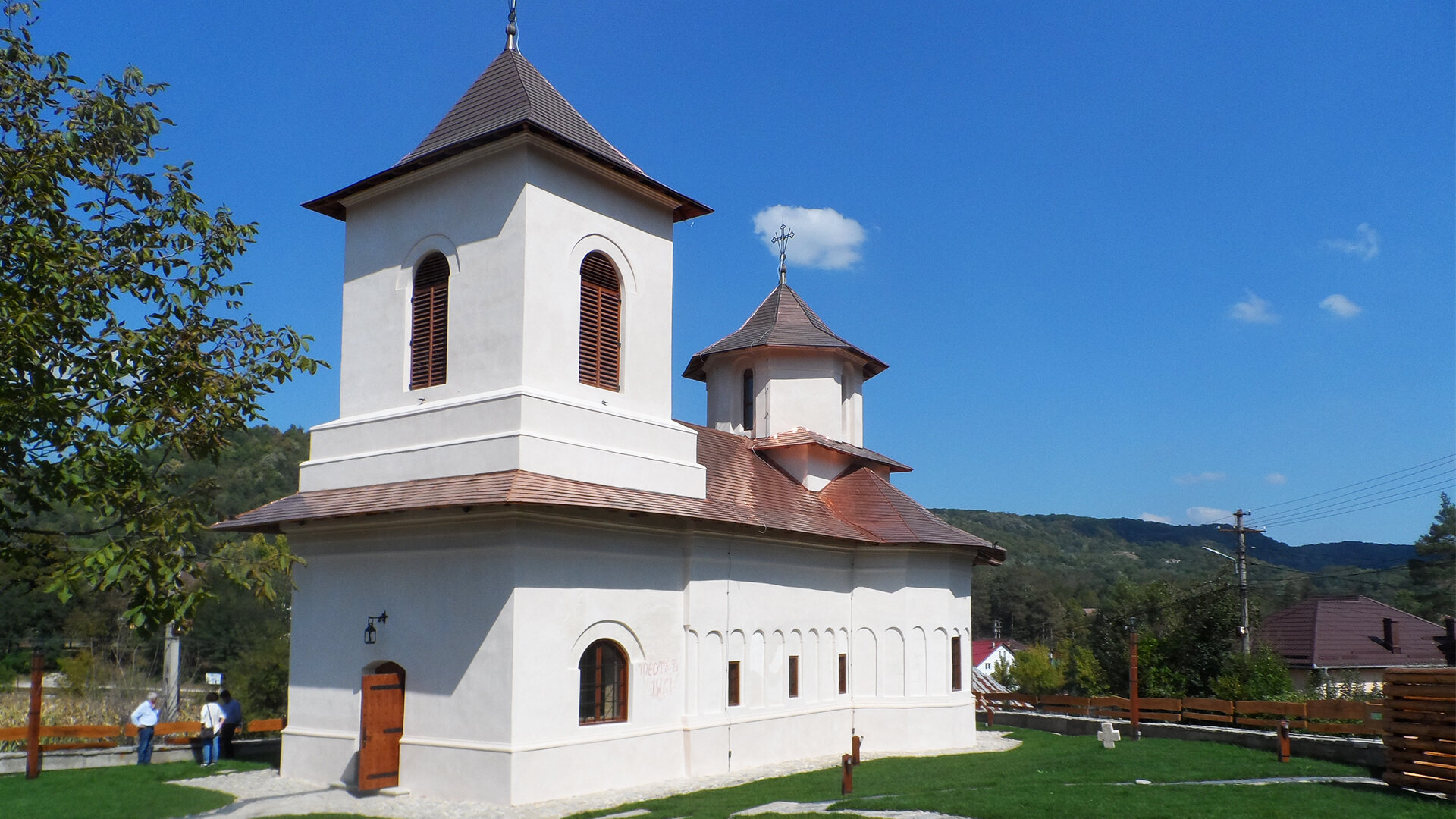 Consolidation, restoration and integration in the tourist circuit – “The Assumption of the Mother of God” Church from Ocnele Mari 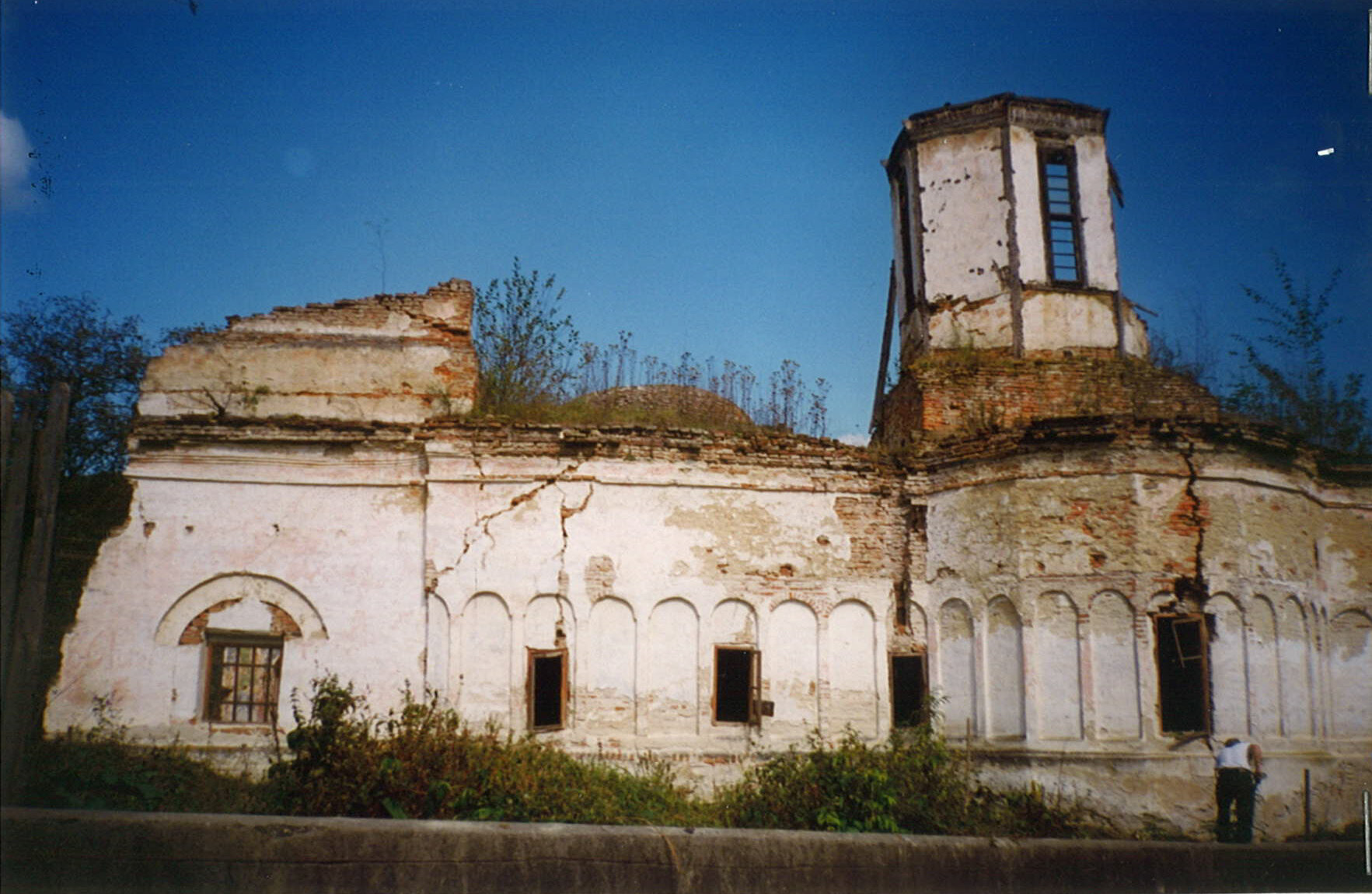 The “Assumption of the Mother of God” church from Ocnele Mari, Vâlcea county was founded in the 16th century by the ruler Radu from Afumați. Due to its antiquity and architectural and painting qualities, it is a valuable monument found on the List of Historical Monuments in Romania, code VL-II-m-B-09840.
The church went through several constructive stages. Initially it was a small body - cross-shaped plan, simple architecture. It consisted of an altar, a nave, a narthex and a wooden tower over the nave. Later, in 1746, new interventions took place - extension to the west with a spacious porch, with a second tower, rectangular in shape, also made of wood, with the role of a bell tower.
The difficult clay soil on which the church was built required some retaining walls for the land made up of river boulders. The walls, vaults and arches of the church were built of antique brick masonry with lime and sand mortar, and the structure of the towers and access stairs were made of wood. The walls were 65-110 cm thick.
The inscriptions found there indicate 1809, the year of some important painting works, made in arriccio and intonaco technique.
In 1940, due to the great earthquake, the structure was severely damaged. The church was abandoned and thus began the confrontation with aggressive phenomena of very deep degradation. Earthquakes and meteorological phenomena caused some of the most serious losses, so it reached the brink of collapse.
In 2016, the restoration began with the volumetric reconstruction of the church ruins.
The works consisted of:
- consolidation of the infrastructure and superstructure of the church
- restoration of the bell tower and restoration of the narthex tower - both on a light plastered wooden structure, on a base of reinforced concrete and masonry elements
- restoration of the brick facing (after consolidation) - cleaning of plasters, replacement of damaged bricks, re-grouting of masonry
- restoration and completion of the perimeter masonry
- interior painting restoration
- interior plasters on brick arches and vaults made according to the witnesses;
- horizontal and vertical waterproofing to remove capillary moisture
- smooth exterior plaster application differentiated in texture and color to highlight the construction stages
- base repair with the same type of brick and plaster with hydrophobic addition;
- repairing the staircase of the bell tower
- restoration of stone slabs
- complete frame restoration with copper sheet roofing and visible oak eaves
- restoration of oak laminated carpentry
- facilities for people with locomotor, visual and hearing disabilities
- provision of related installations - electrical, lightning protection, electric underfloor heating
- enclosure wall reinforcement
- vertical systematization of the land with the realization of water drainage slopes
- arrangement of the sidewalk and alleys
- construction of the fence and access gates made of fir wood, with railing on the crown of the retaining wall
- outdoor architectural lighting installations
The intervention respects the historic constructive layers of the church and, during the restoration process, the valuable elements were protected, the mural being perhaps the most spectacular witness to the history of this monument. The church has now regained the structural and volumetric integrity it had in past centuries. 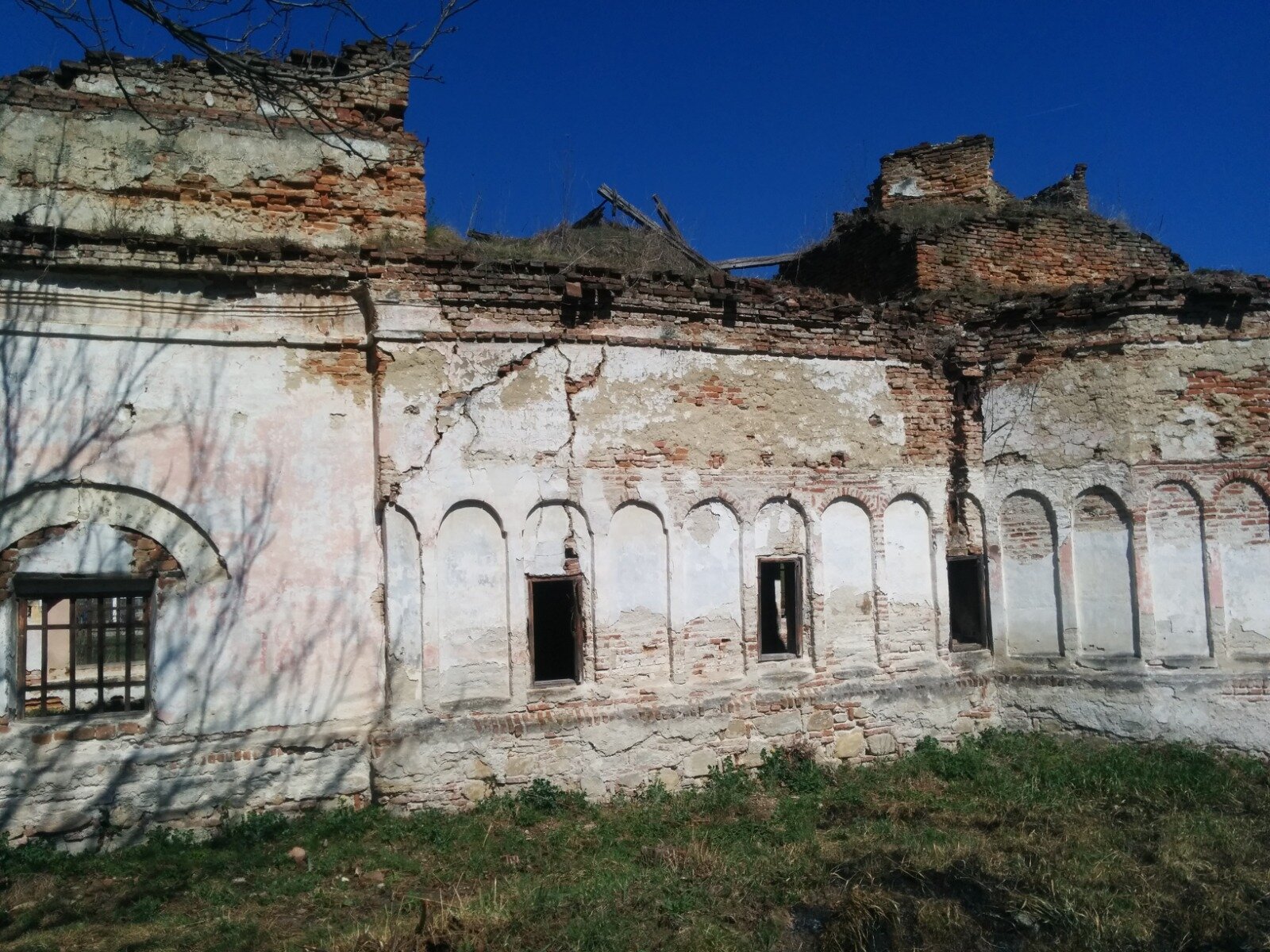 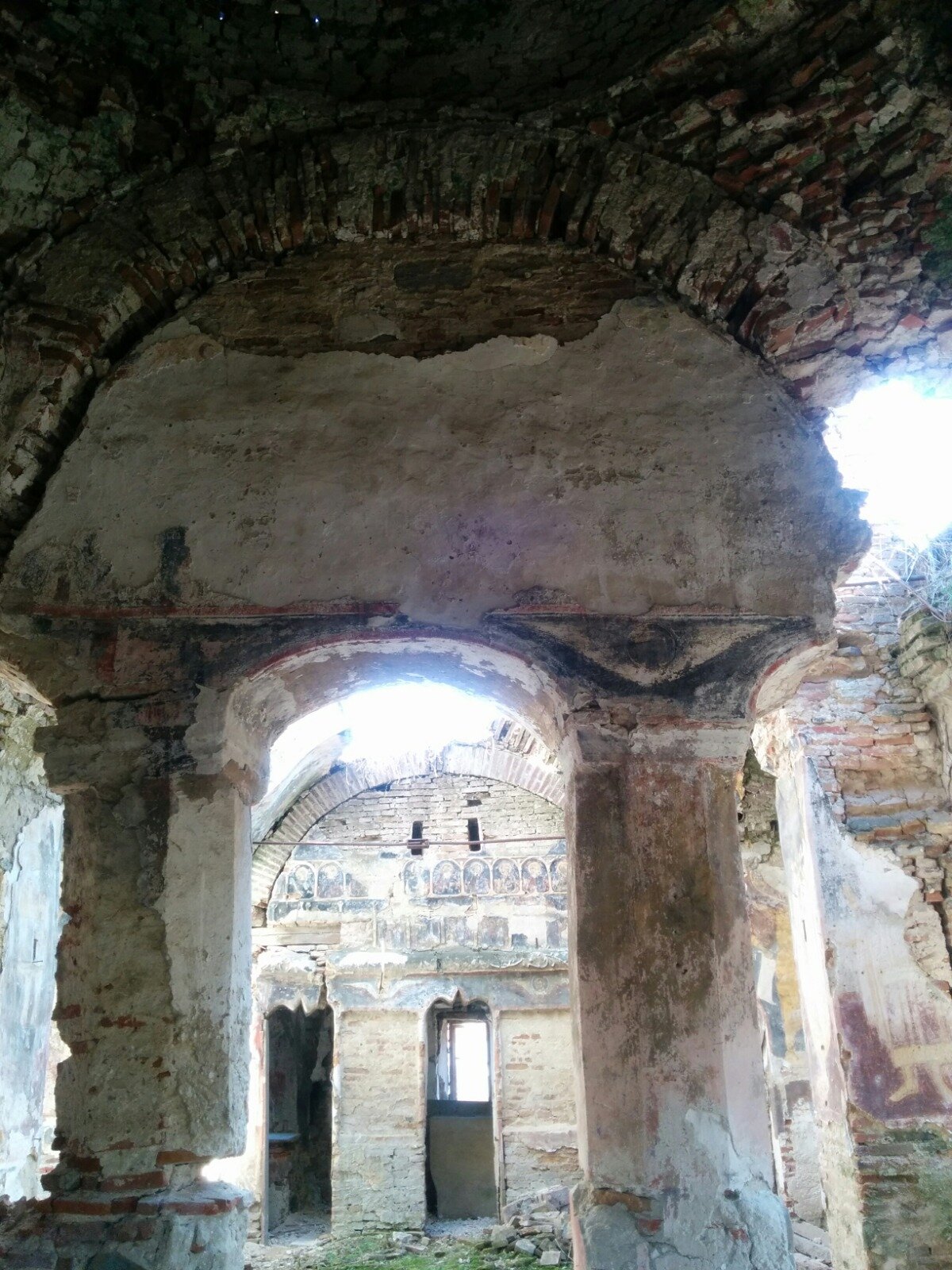 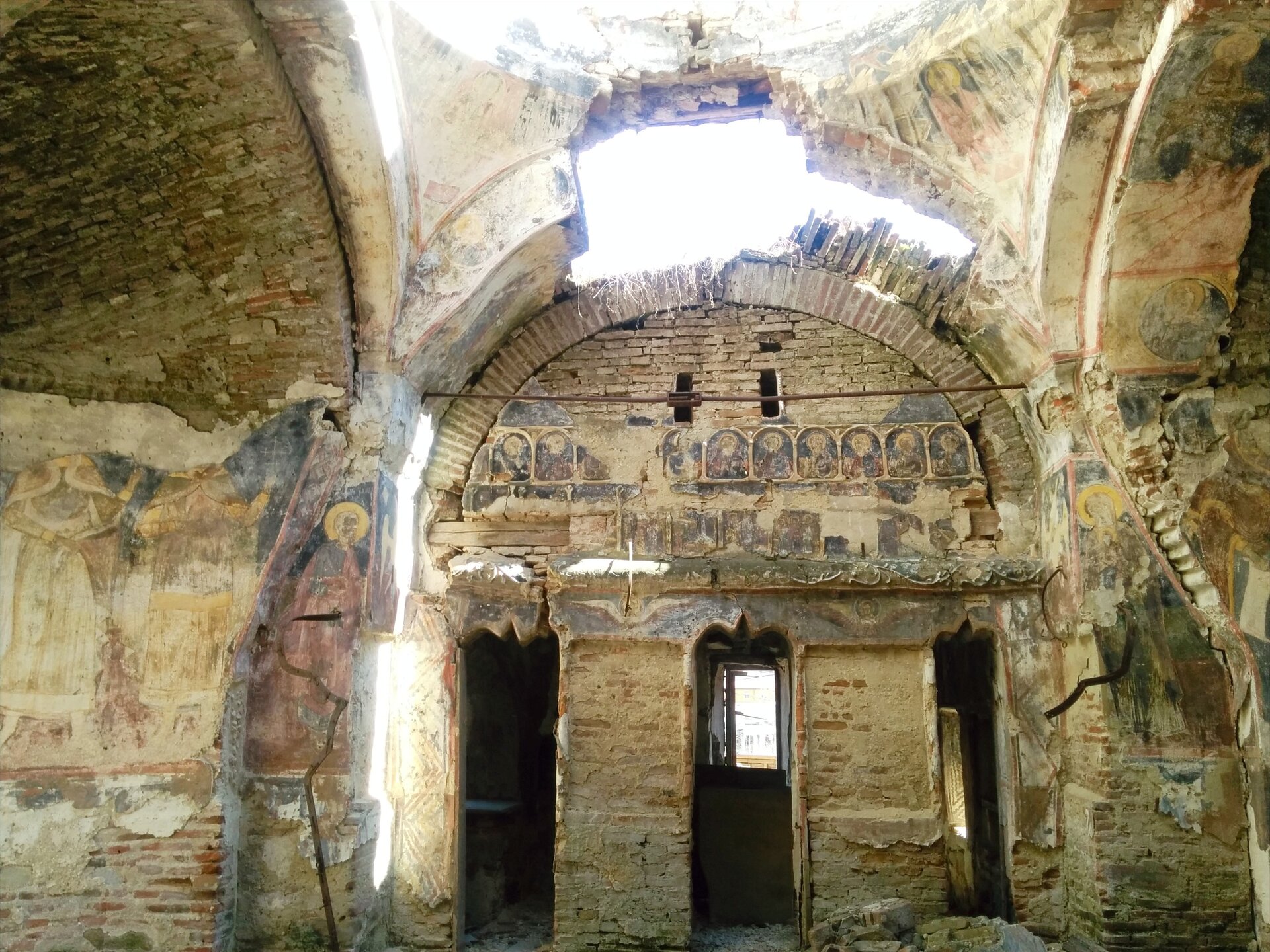 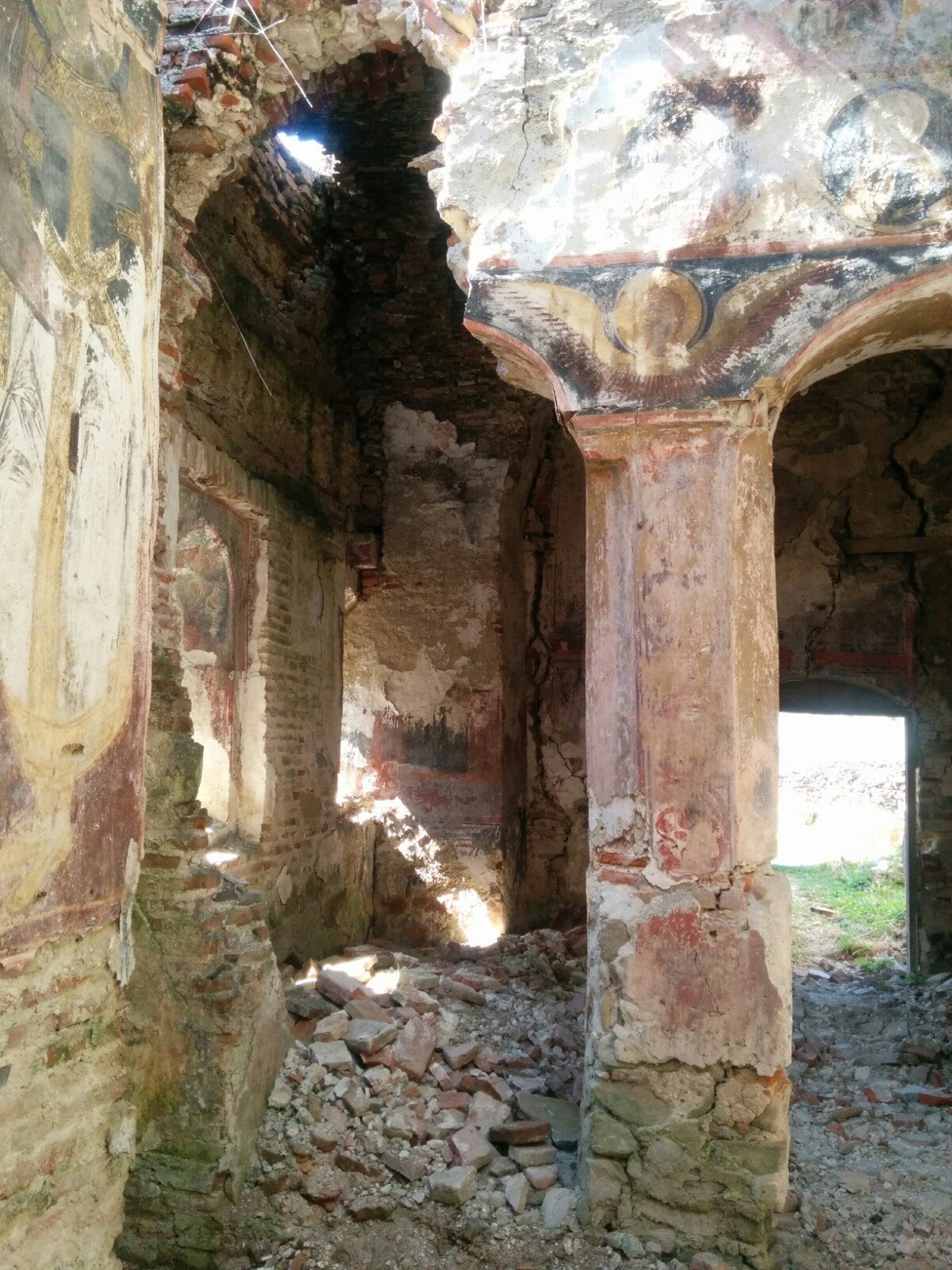 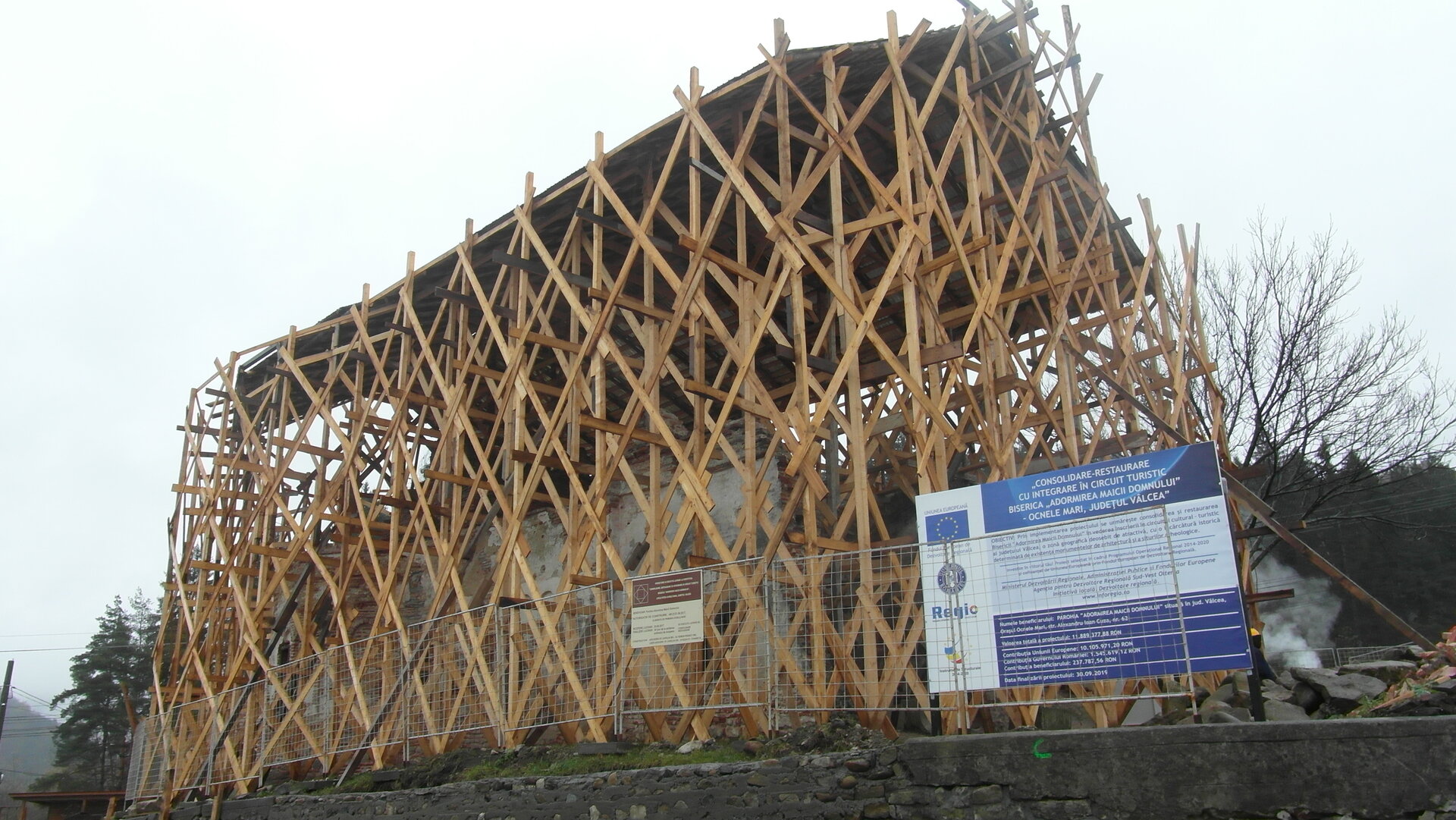 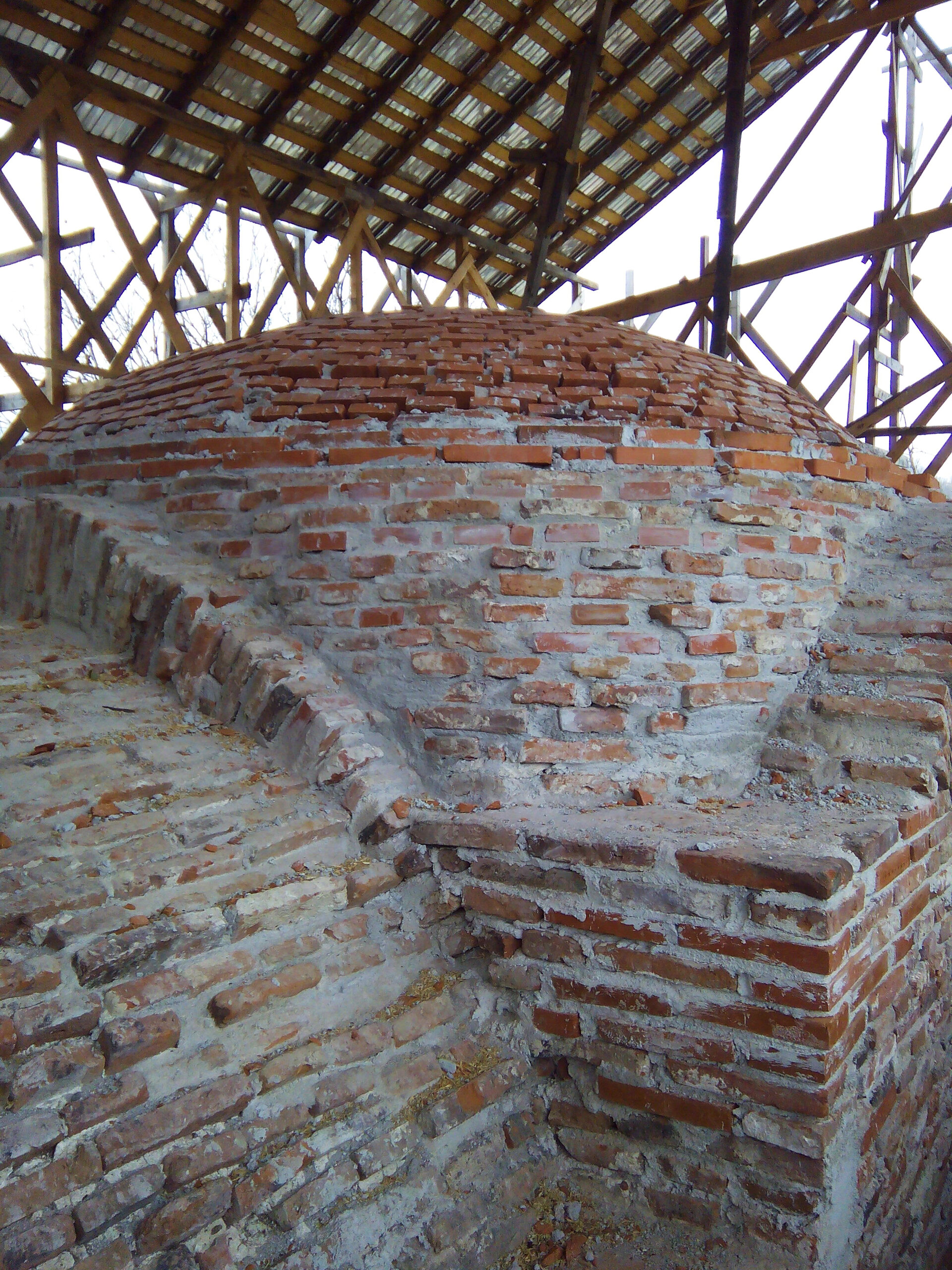 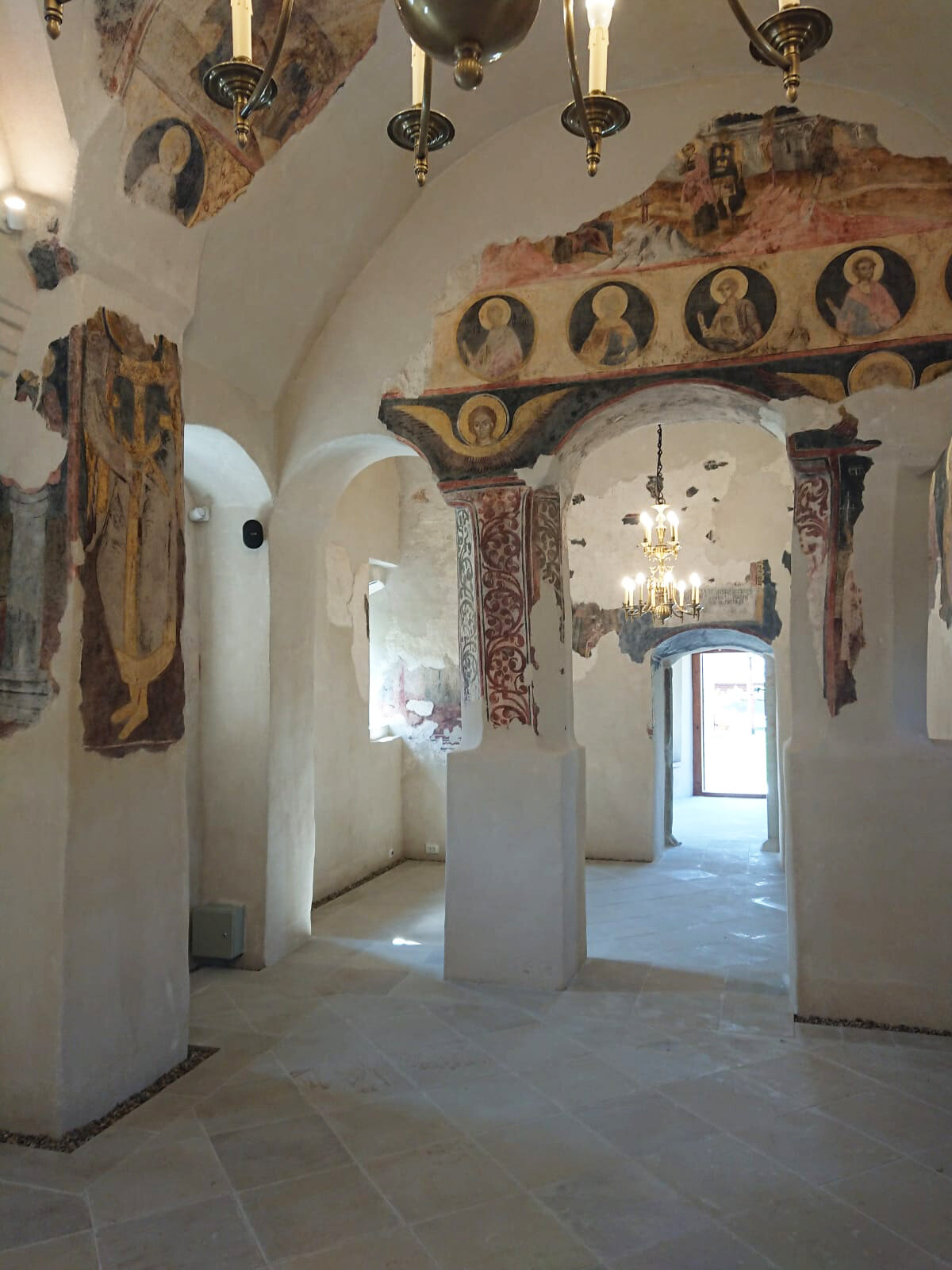 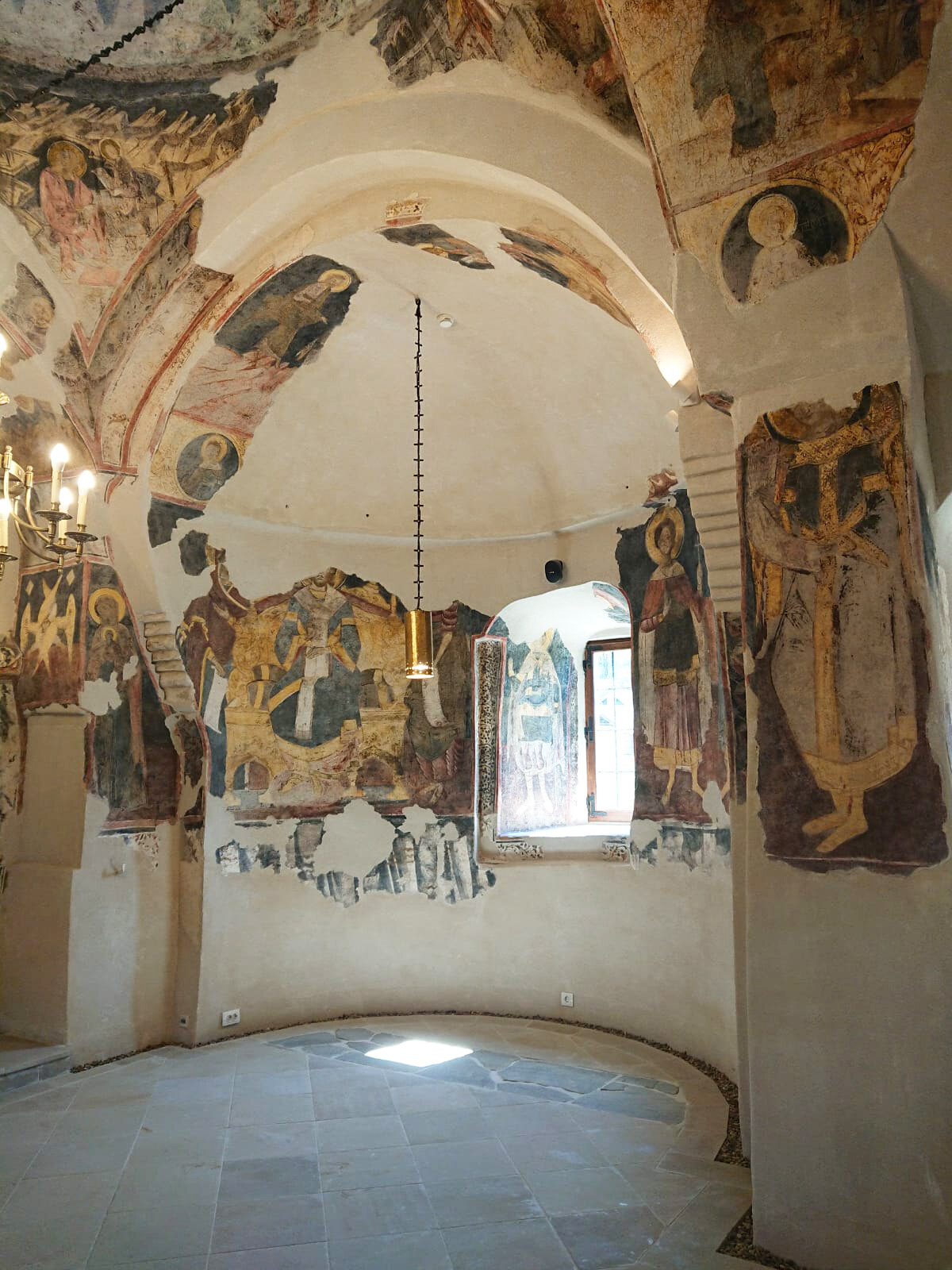 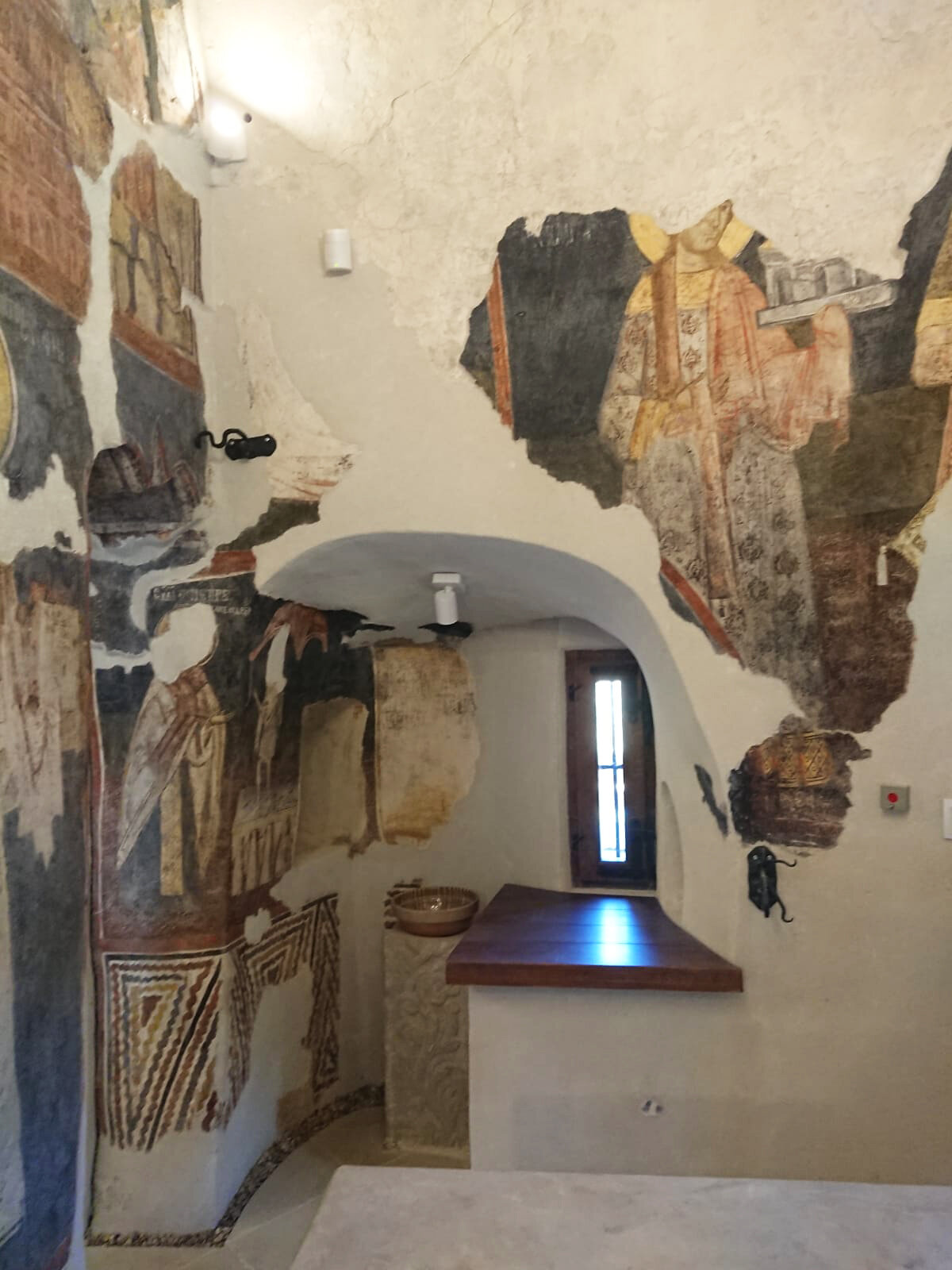 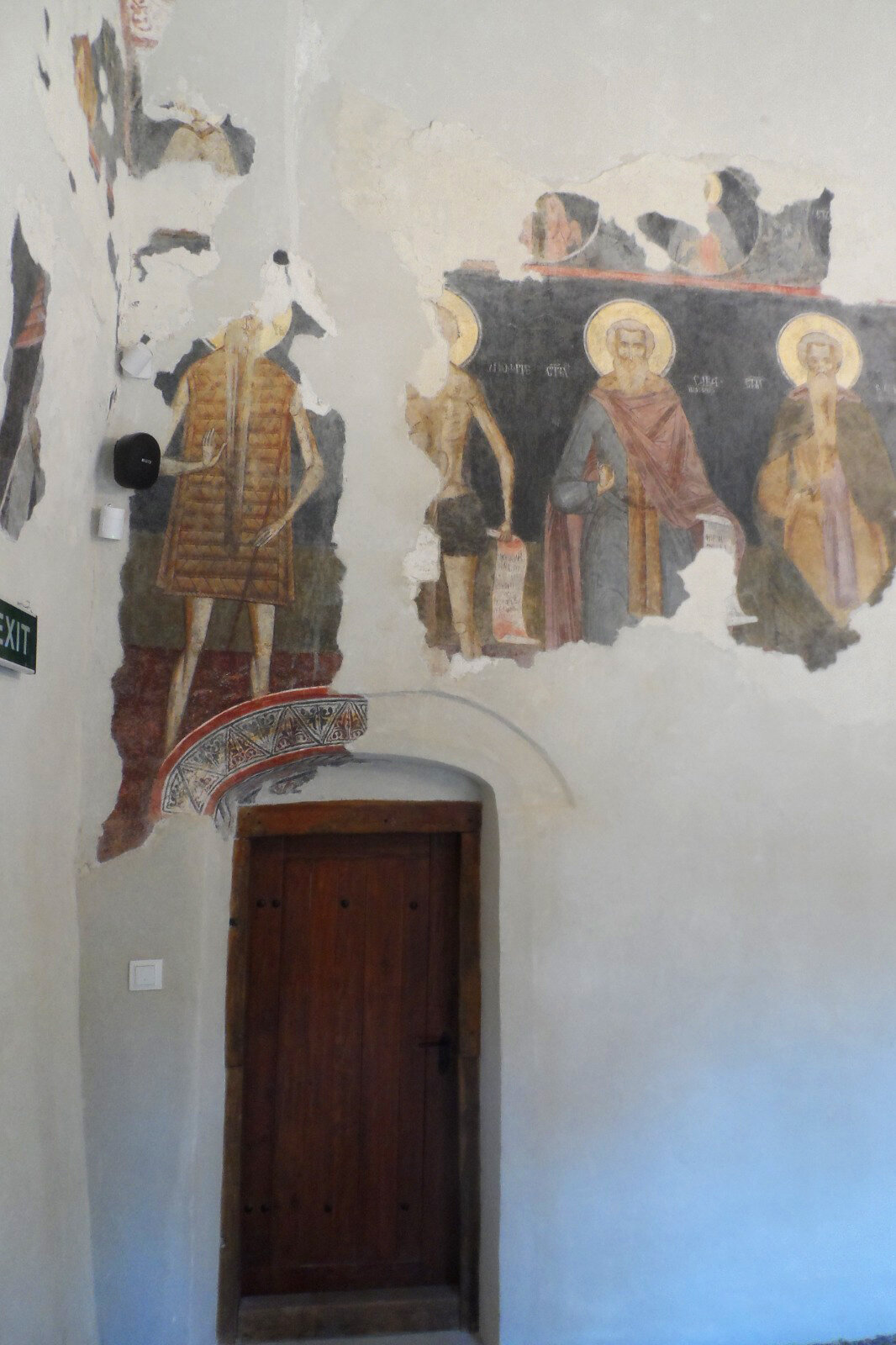 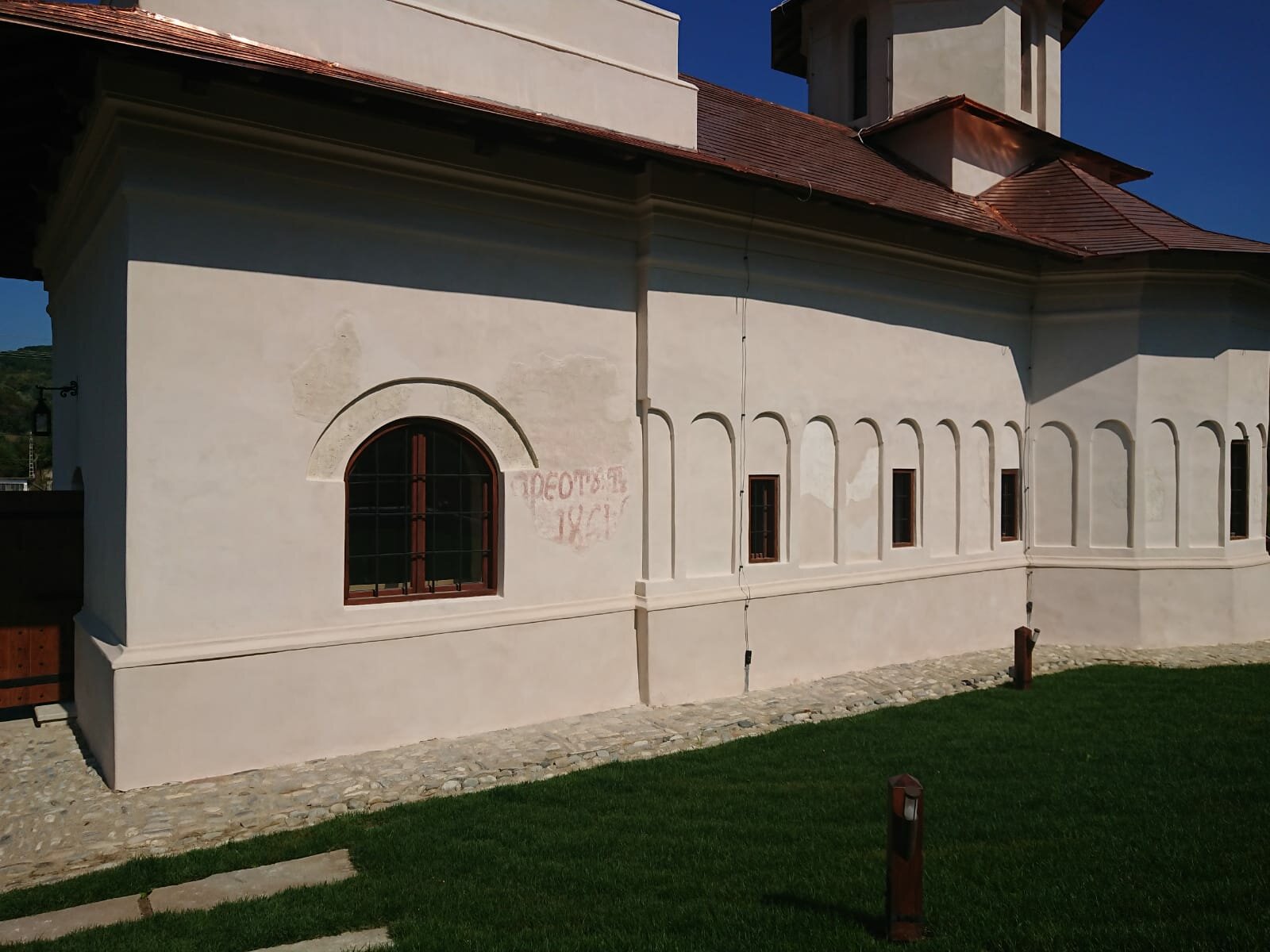 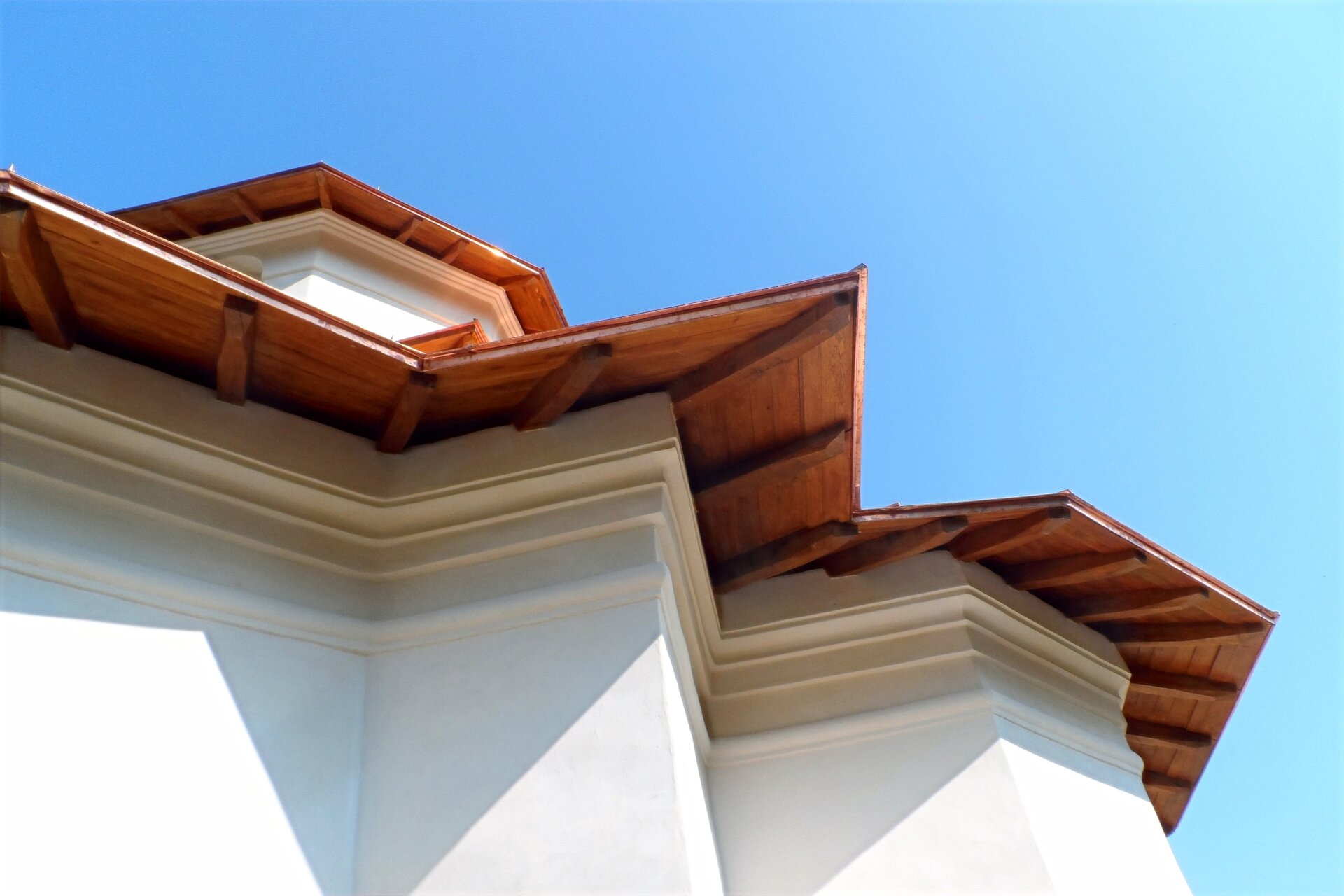 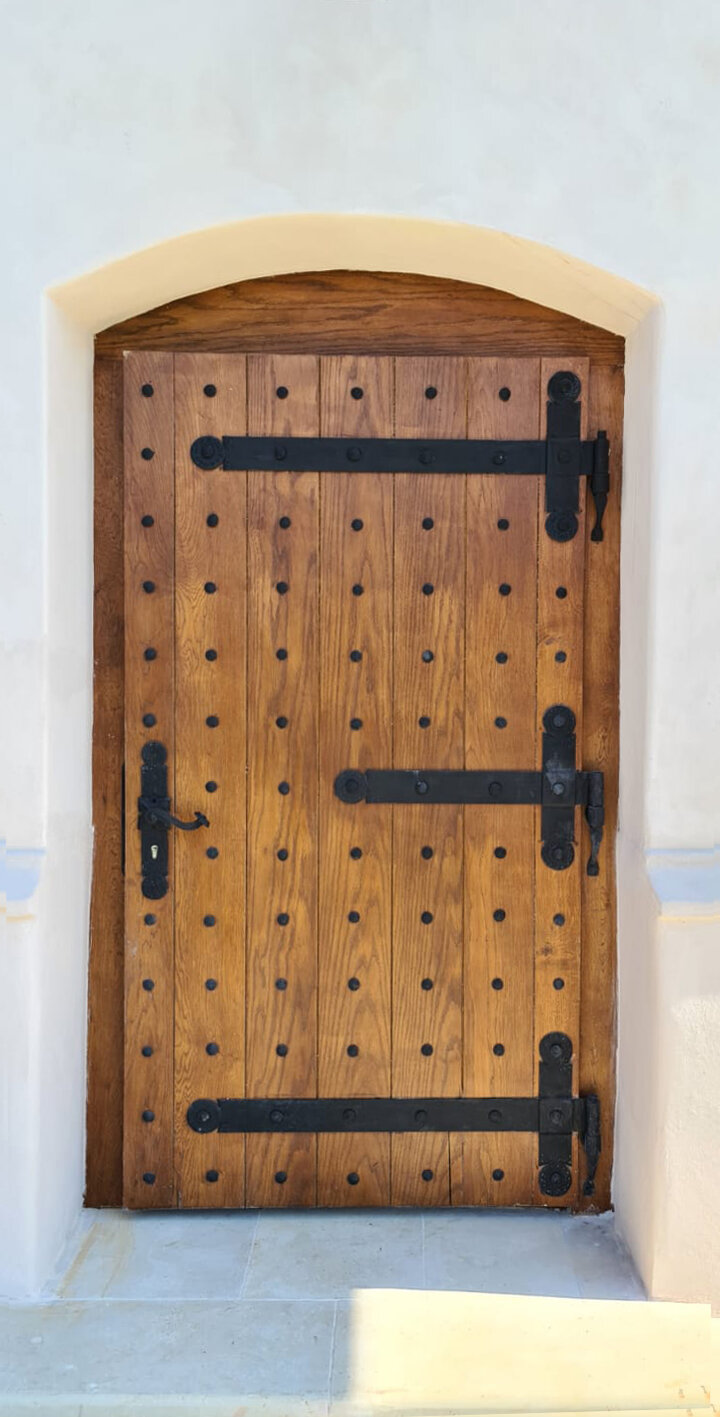 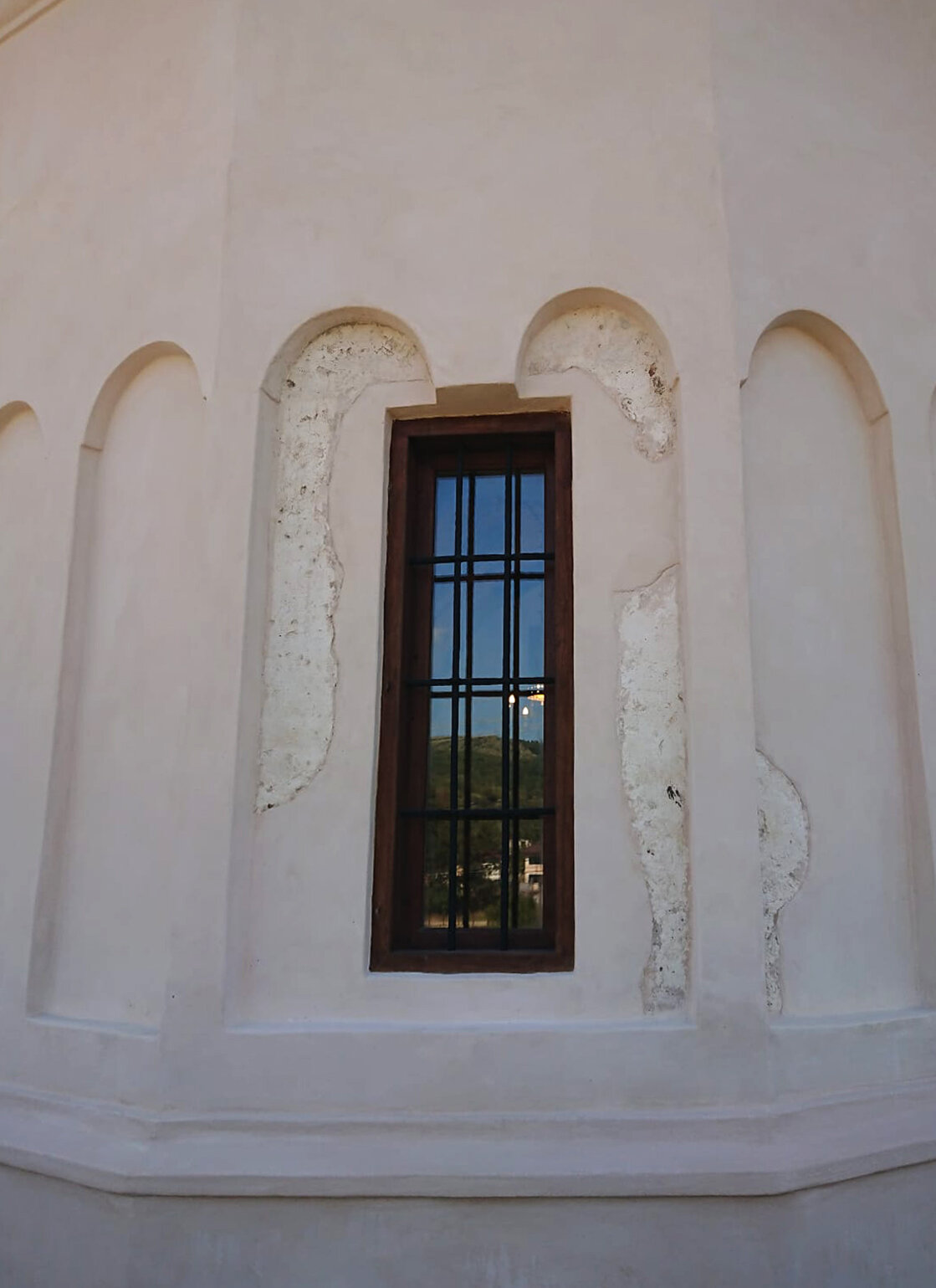 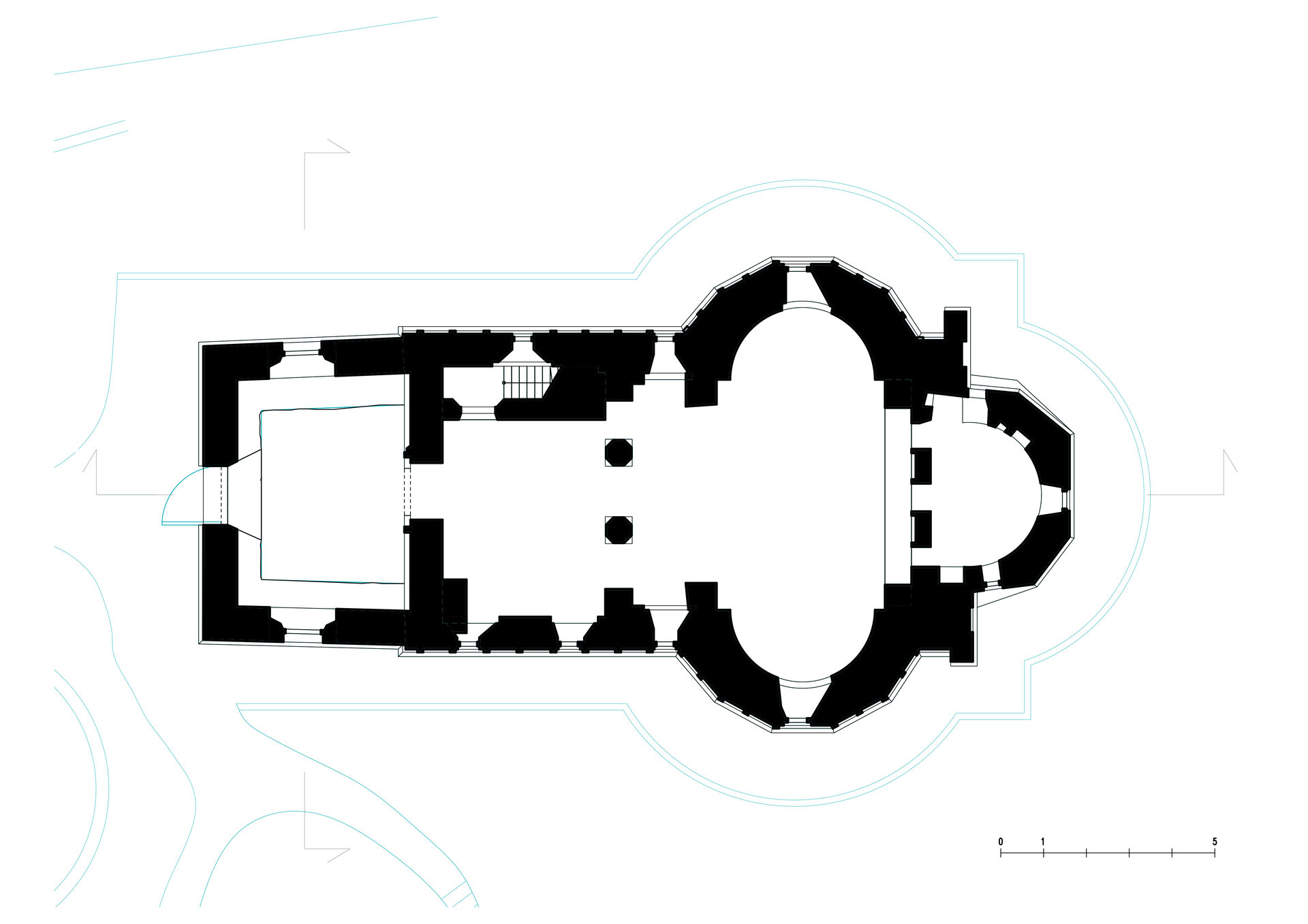 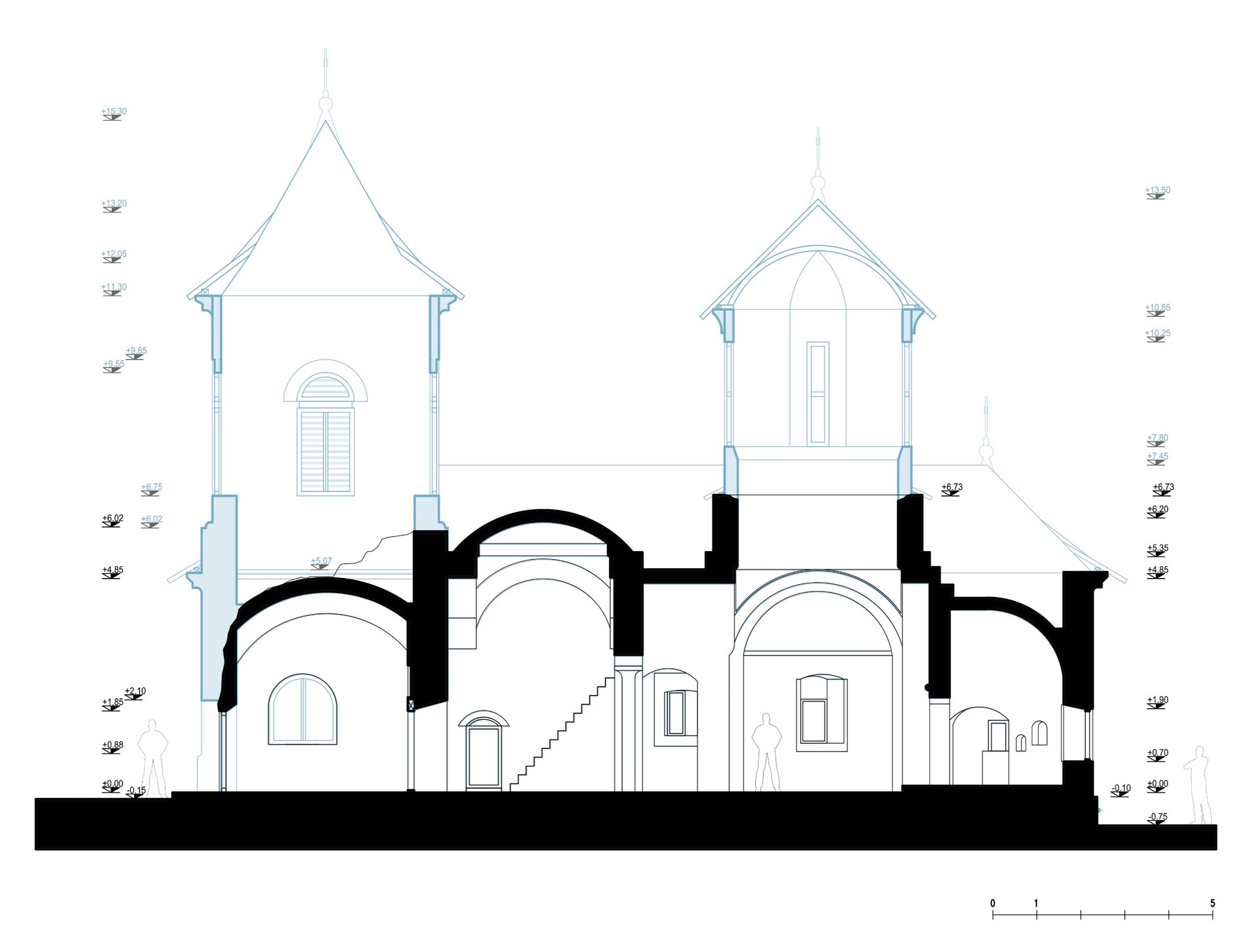 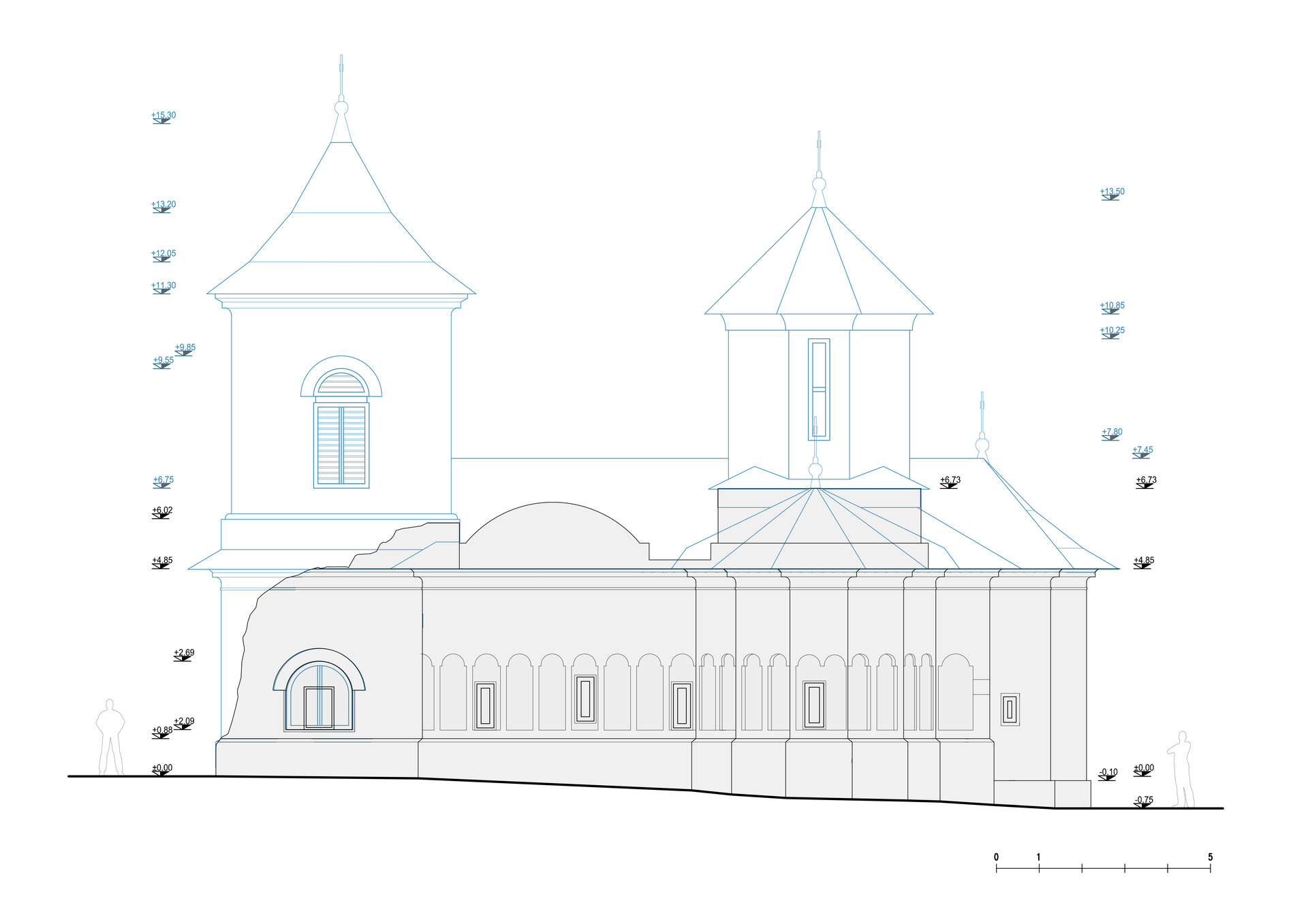