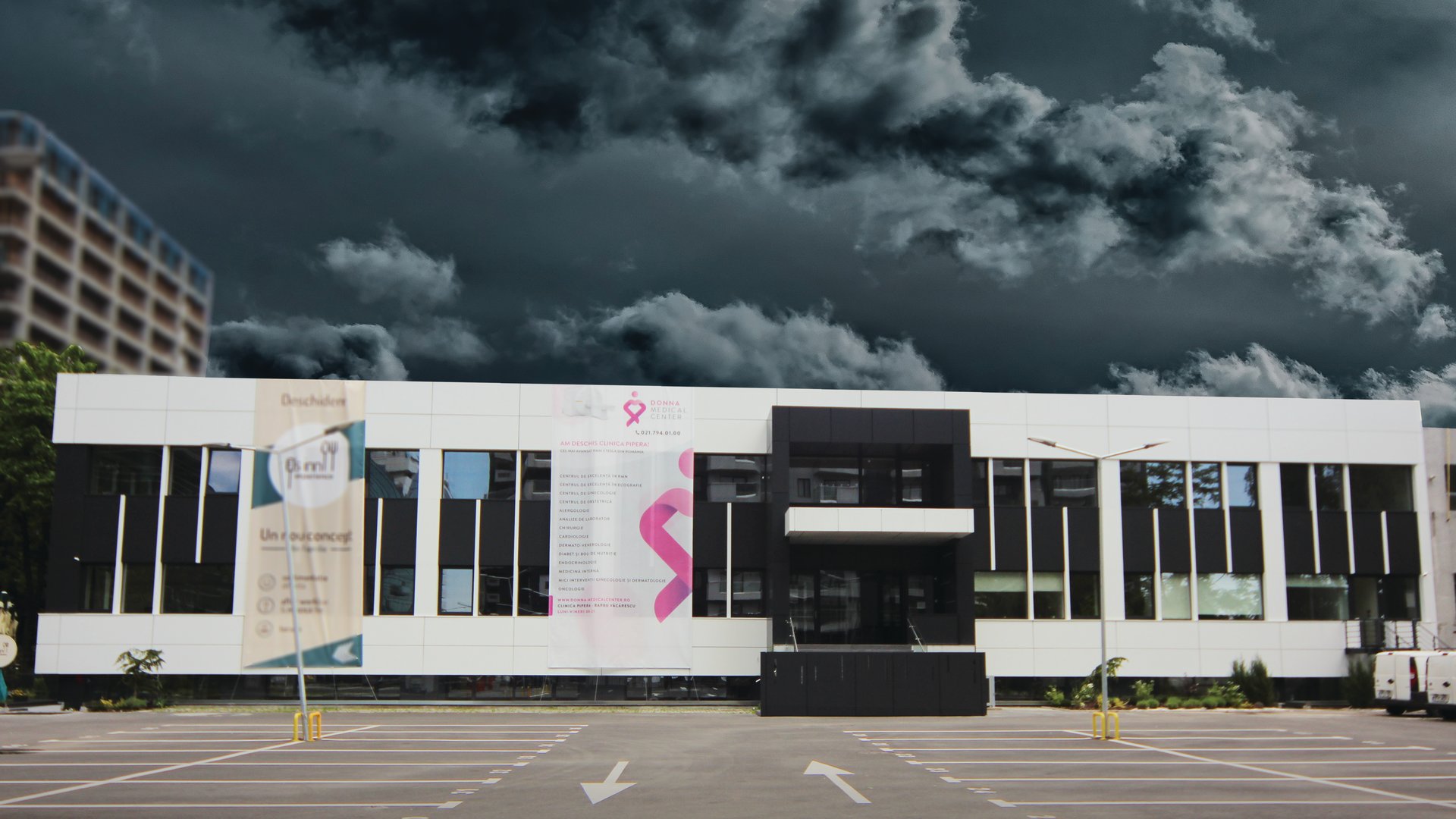 Before & After, facade conversion

The building is located on the Pipera Industrial platform where between 1973 and 1989 there was a computer peripheral industry developed. The two storey hall type construction has concrete prefabricated structure with non load bearing walls. After 1996 the former industrial building was rented for offices and has been sold to several owners. In 2018 the building was in an advanced condition of degradation. The area is in a real estate expansion, especially on the vertical, the newly built buildings in the aerea have about 14 floors. The client wanted a façade that brings out of the anonymity the tiny building, located at a distance of about 40 m from the street front. To make the most of the existing building, threre has been done an english courtyard for natural lighting and direct access to the basement . The concept of the facade was to outsand a volume, detached from the ground level, with a rigurous rhythm of windows and walls interrupted by the volumetric ansamble of the entrance.