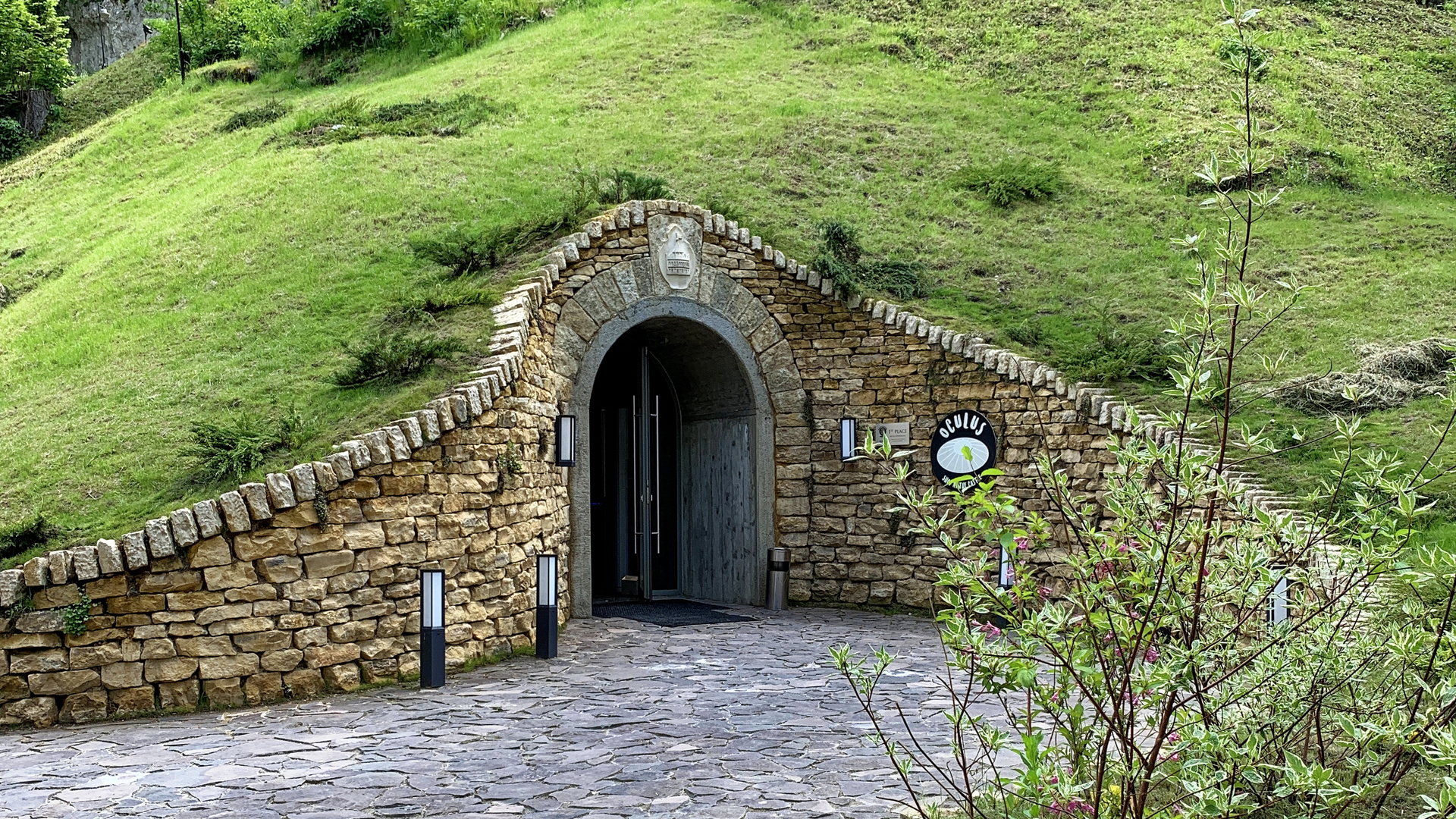 The purpose of the project The project consists in the intervention upon the vertical and horizontal gallery by pursuing the following ideas: -integrating the space as an extension of the castle and its tour -changing the function and redesigning the gallery -creating a permanent multimedia experience -keeping the tour of Bran Castle as a unique historical experience while adding a new and interesting take on touring historical places The Time Tunnel’s main point is bringing in the spotlight the dichotomy of old and new with the use of technology, realizing “A descent into the future, an ascent into the past”. Project description A new route is created, the visitors starting the tour from the inner courtyard, going through the vertical and the horizontal galleries, and ending in the dome, from where he can exit in the park of the domain. While going through it, the visitors experiences historic elements presented in an interactive and engaging manner. The place of the old well was opened by removing the large wooden door and the excess stone from the existing arch. The elevator was introduced in the shaft of the old well and has its upper station in the space beyond the stone arch with access from the inner courtyard. The new route for visitors starts from this point, through the Time Tunnel. The vertical gallery was enlarged and equalized on its entire height so that the new elevator could be introduced to connect the horizontal gallery and the castle inner courtyard. The elevator has glass walls so that the users could see the rock while descending into the mountain. The elevator has media screens installed in it and acts as a link, a passage between the castles inner courtyard and the horizontal tunnel. The entire ensemble of the elevator serves as an element which introduces the visitors into the new experience. The horizontal gallery is the place where the main parts of multimedia experince are presented and was modified accordingly so it could house the new route for visitors and all its elements – interactive screens, video projectors, speakers, light blades, specific fragrances – all creating an overload of the senses. The length of the horizontal tunnel remained unchanged. For one third of this gallery, adjacent to the elevator shaft, the he walls were kept as they were. The visitors can see here the natural limestone rock of the mountain. The other two thirds of the horizontal gallery were enlarged so that the tunnel would have a bigger width and height. The rock was consolidated with reinforced concrete walls and vaults. The wall and vault are left unfinished, leaving the bare concrete visible. The distance between the concrete walls and the height of the gallery is variable on the whole length. The floor is at the same level throughout the tunnel, at level with the entrance from the park. The former access from the park was kept as a secondary exit, restoring the stone portal and the wooden door. A new zone annexed to the tunnel was designed in the form of a dome serving as the main access to the park from the gallery. The interior of the dome has natural illumination through an oculus. It is on the same level as the floor from the tunnel. The whole dome was covered with earth and grass to house the volume in the mountain and subtly making it part of the environment. This way the landscape is barely modified and only the entrance being seen from the park. The access from the park into the dome is done in a similar manner to the original one, with stacked stone walls and a glass door to mark it as a contemporary intervention. Outside of the dome the park alleys were reorganized so that the access from the park is highlighted. Evaluation The Time Tunnel offers an unprecedented and contemporary experience which fascinates the visitors. It breathes new life and vigor into the old Castle Bran by offering a unique multimedia sight in the European museum community, through lights, sounds, interraction and an elevator which has the capacity to “descend into the future and ascend into the past”.