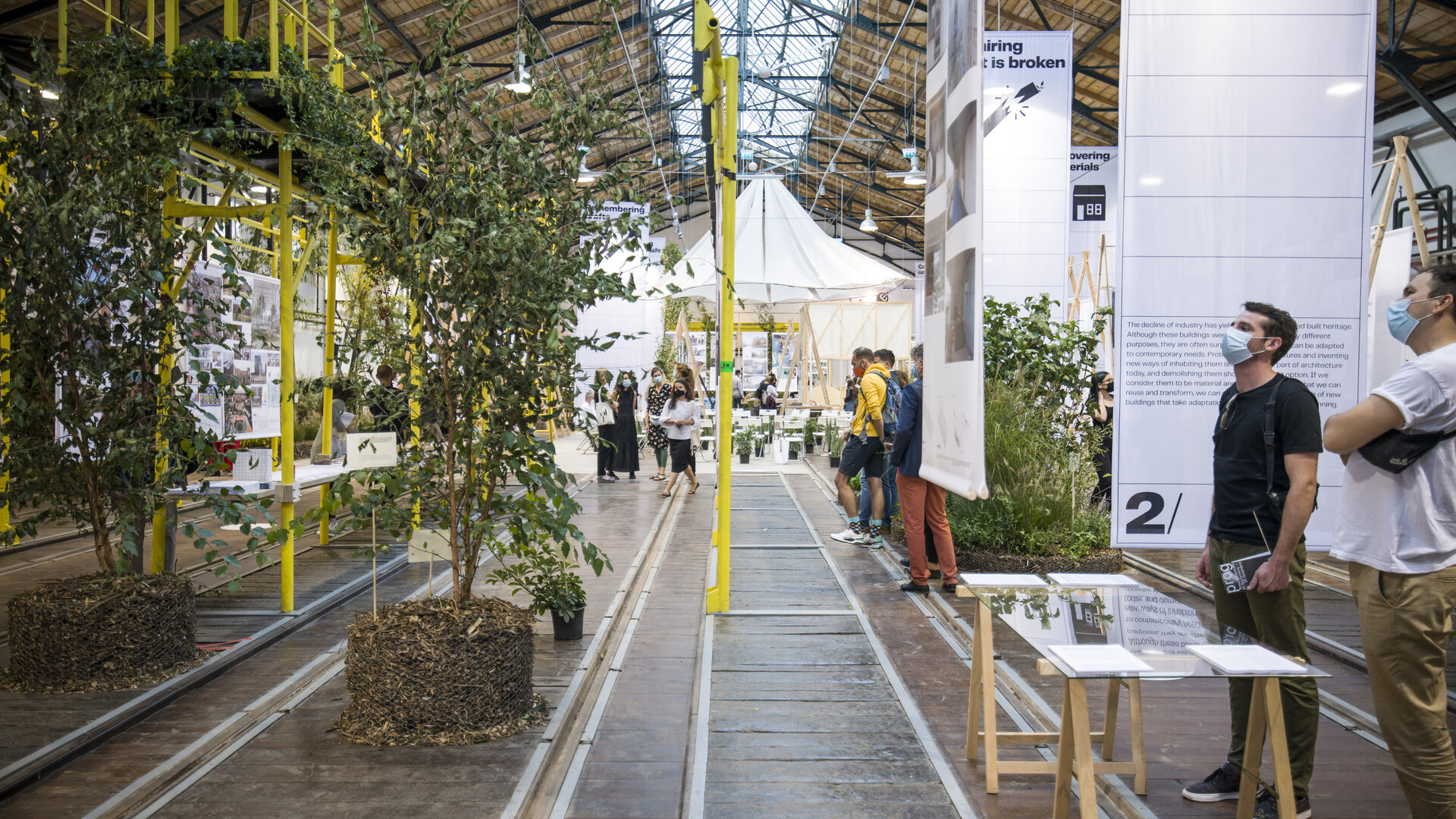 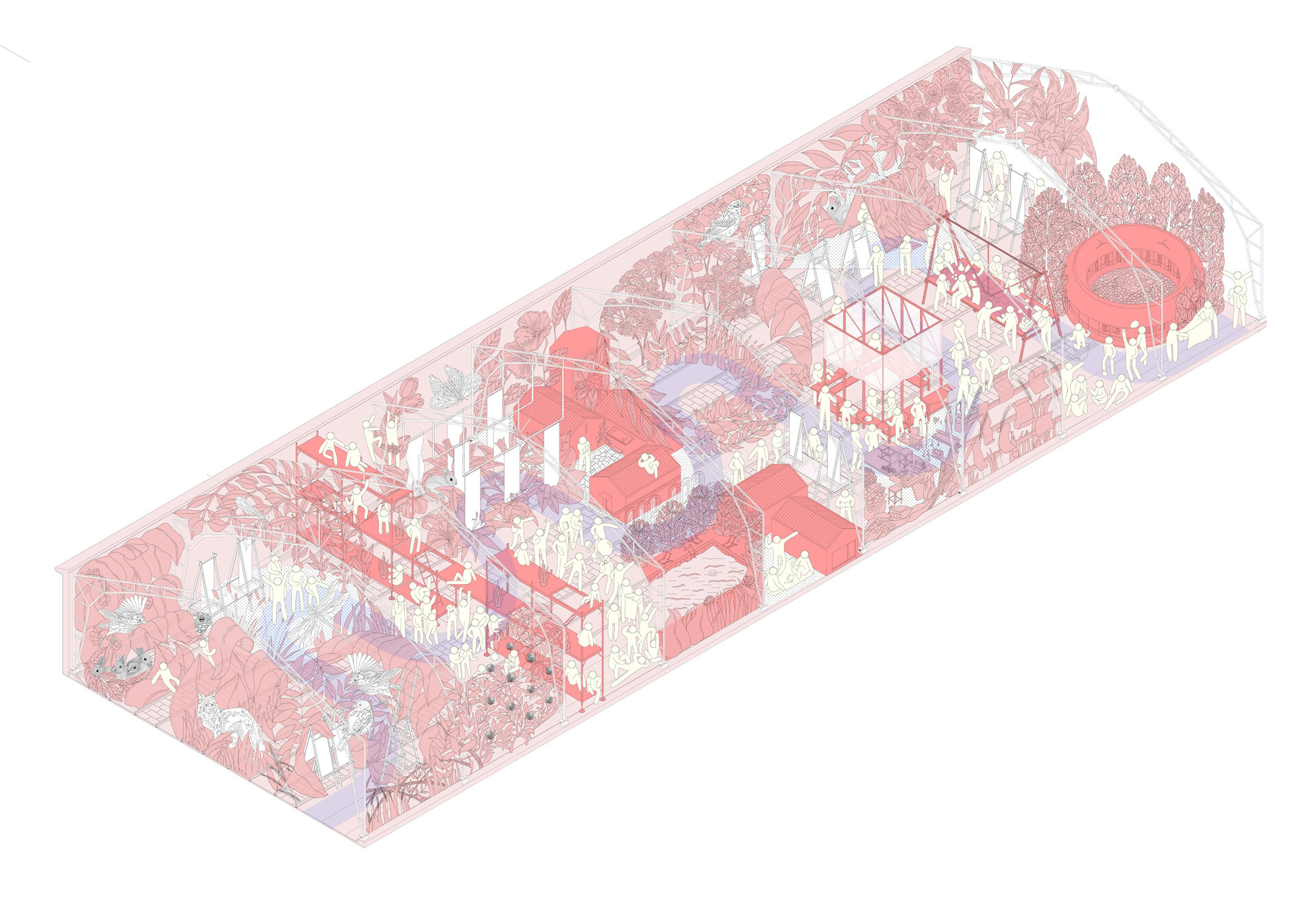 A biennial about responsibility must be an act of responsibility. The design of “Enough is enough”, the main exhibition of BETA 2020, the Architecture Biennial of Timișoara, has started with the question how to imagine a responsible design for a big scale exhibition, which lasts one month and risks to produce a lot of new displays, which will afterwards need storage and reuse.
So, the first gesture, following the manifesto of the exhibition was choosing the place for it, a former Tram Hall, now used as a museum and a temporary events hall.
The next step was to invite two landscape designers to join the team in order to imagine a garden which became a good partner for the exhibited projects, not only through creating a pleasant atmosphere for the visitors, but also through the concept of the garden itself becoming another way of reflecting the claims of the manifesto. But the most important feature of this garden was its future life. We have envisioned it migrating in a public space of the city, becoming a garden of its inhabitants, therefore, have a much more important role than serving a temporary exhibition. The organising team has already established a partnership with the local administration in order to prepare this project.
The overall design of the exhibition started with a nice coincidence, that of the number of claims of the manifesto, being the same as the number of the structural axes which are the main feature of the tram hall. Therefore, we have dedicated each space determined by two metal beams a category of projects belonging to a certain claim.
For some of the projects we have designed display elements that borrow the language of the most common element of both architecture and garden, which is the stair. It is also the perfect symbol of construction sites, of processes and transformations. We are hoping that these displays will partly migrate along with the garden in the public space, as support for the plants, and partly will be reused by BETA for their next exhibitions.
Also, we have tried to use as much as possible displays that the organisers have produced for former events and also we have invited architects to lend us objects that they have designed and produced for other exhibitions, such as the A big table, signed by Tudor Vlăsceanu, which is the host for all the projects dedicated to community.
Another coincidence that we have exploited was the fact of discovering inside this hall the presence of a utilitary structure, a yellow suspended platform initially built for repairing the trams. We considered it the perfect display structure for the projects of the exhibition dedicated to Reusing what is abandoned and Repairing what is broken claims.
Besides the different types of displays for the projects, the exhibition also contains two places, of gathering and work - the conference cone and the workshop kitchen. We have imagined the projects as being the recipes of responsible architecture, therefore, their materials might be considered the ingredients. So, we have places on the kitchen shelves part of the samples collected from authors that constitute parts of their buildings or their processes. We have also let some shelves empty, waiting for the results of the workshop that will take place in the kitchen.
All of the new objects are produced with local materials and local craftsmen. We have involved a wood workshop, a weaver and a tailor.
As a symbol of the exhibition we have envisioned a big flower pot using the map of Timișoara as a support inviting all visitors to plant some seeds, hoping that at the end of the month we will all have been the authors of this collective object, exactly as we are with each small gesture the authors of our city.
We have had in mind all along, as a main feature of the whole experience of the exhibition a very immersive atmosphere, which uses a lot of matter and nature, allowing you to read it in a tactile or visceral way, and gives you the opportunity to take time and breath and make your own curatorial selection, including this way a wider public, besides the specialists of the built environment. 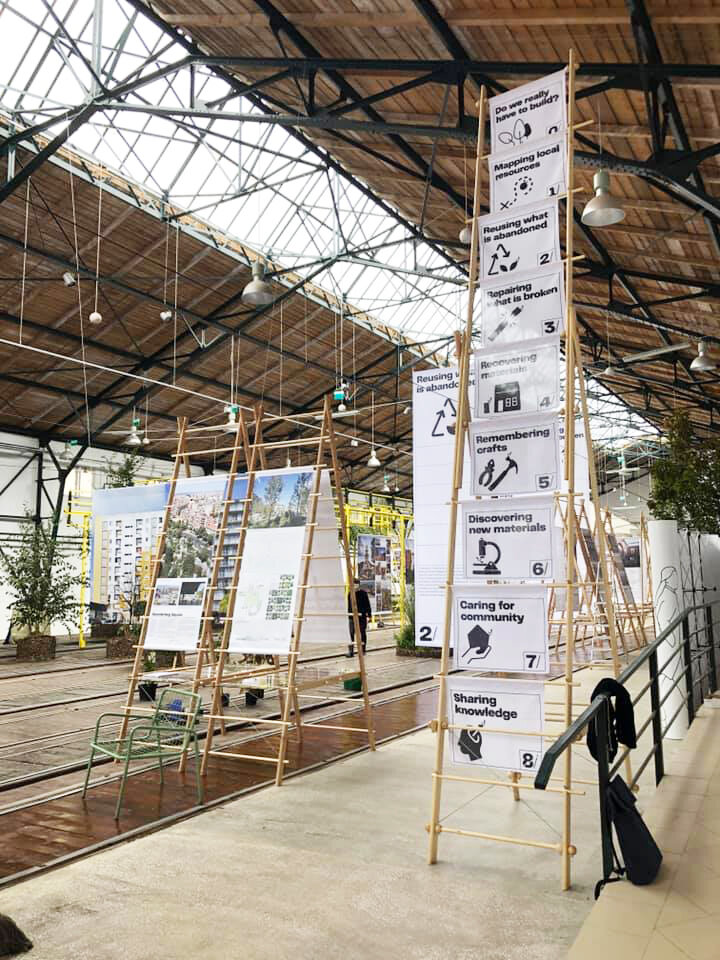 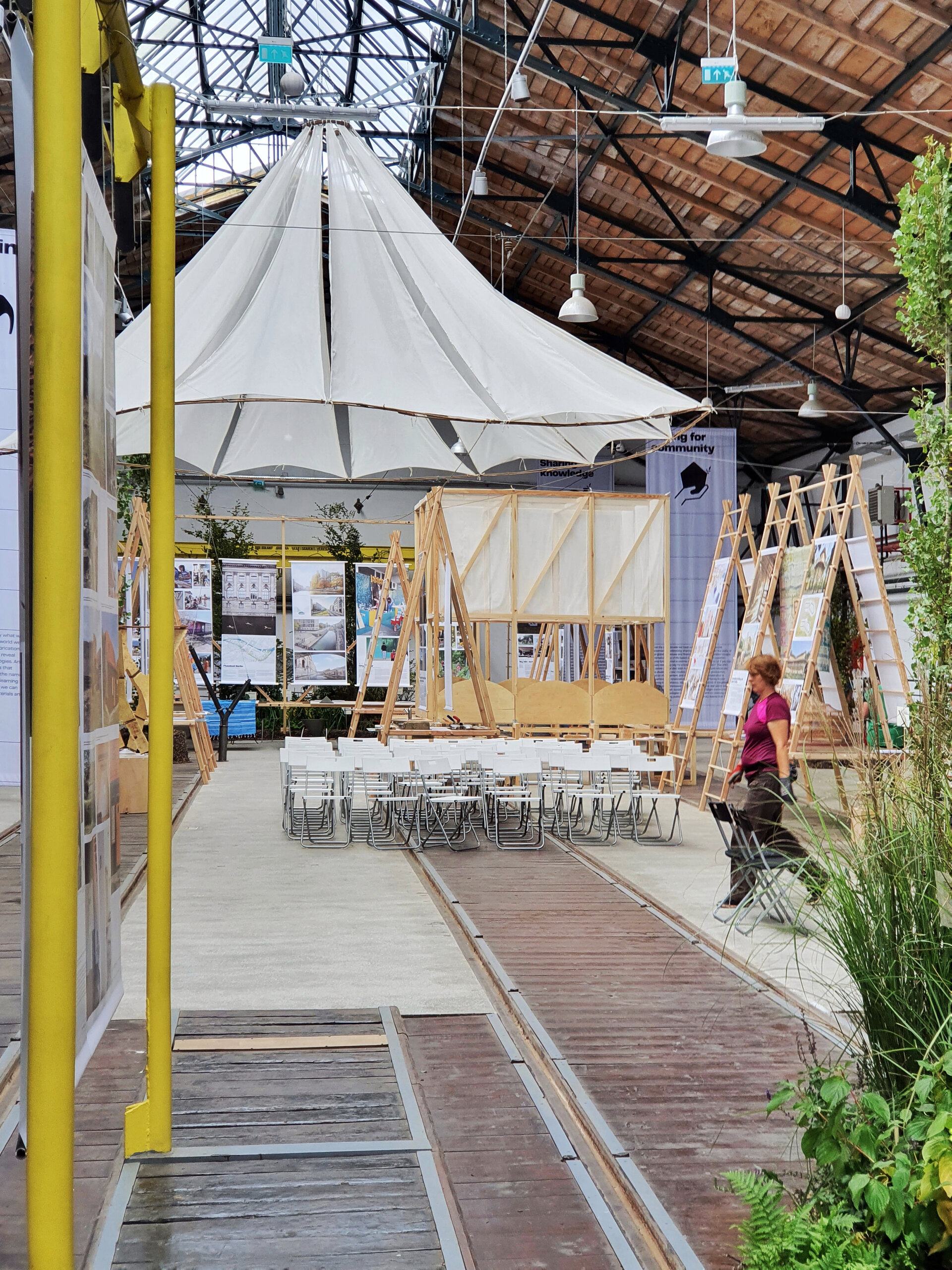 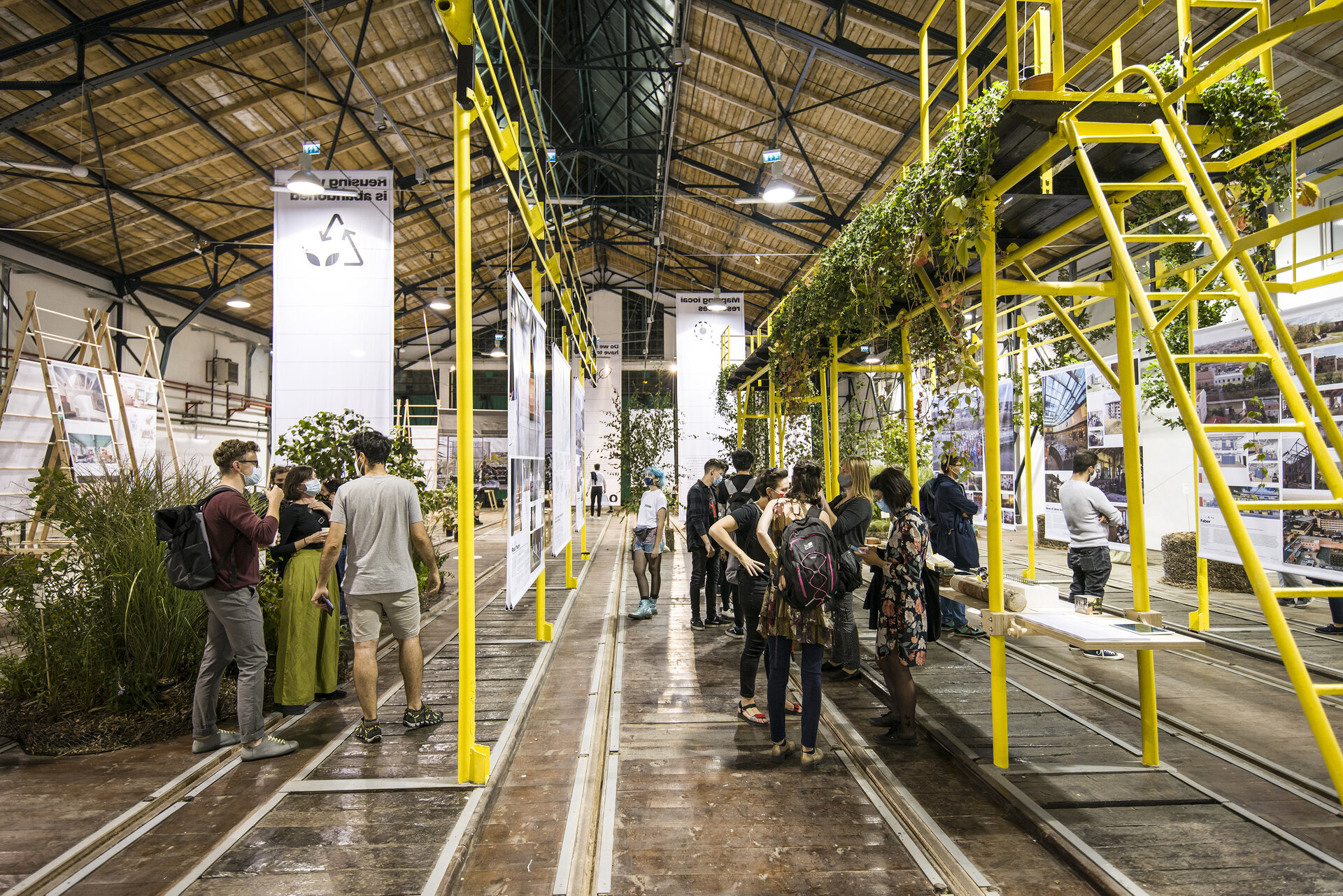 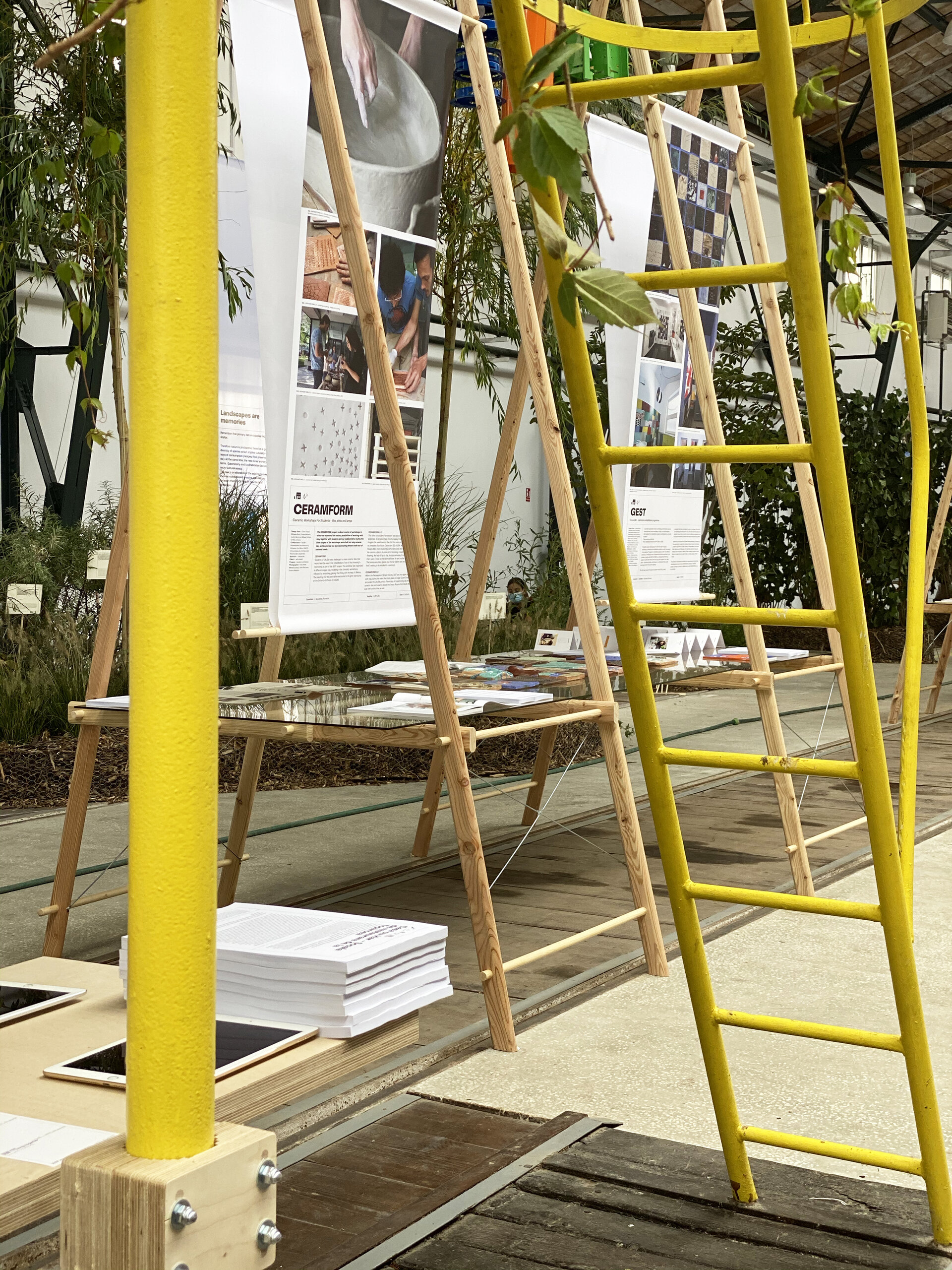 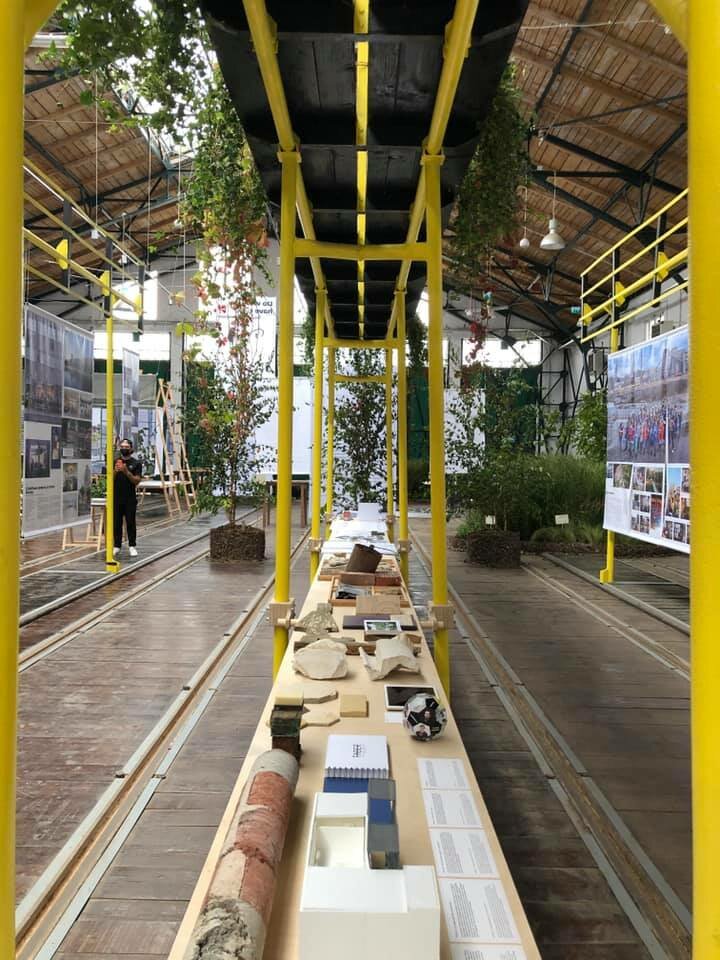 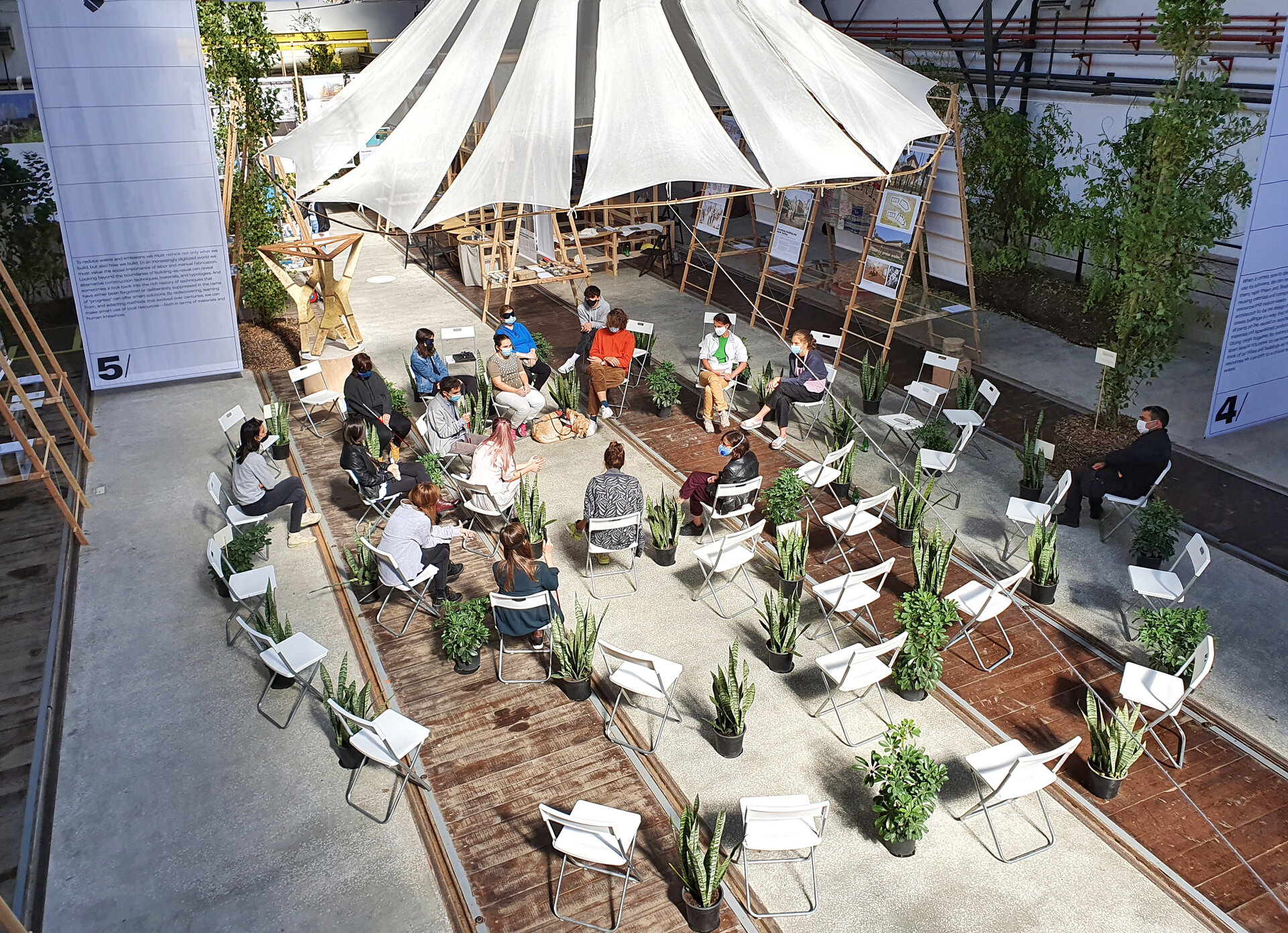 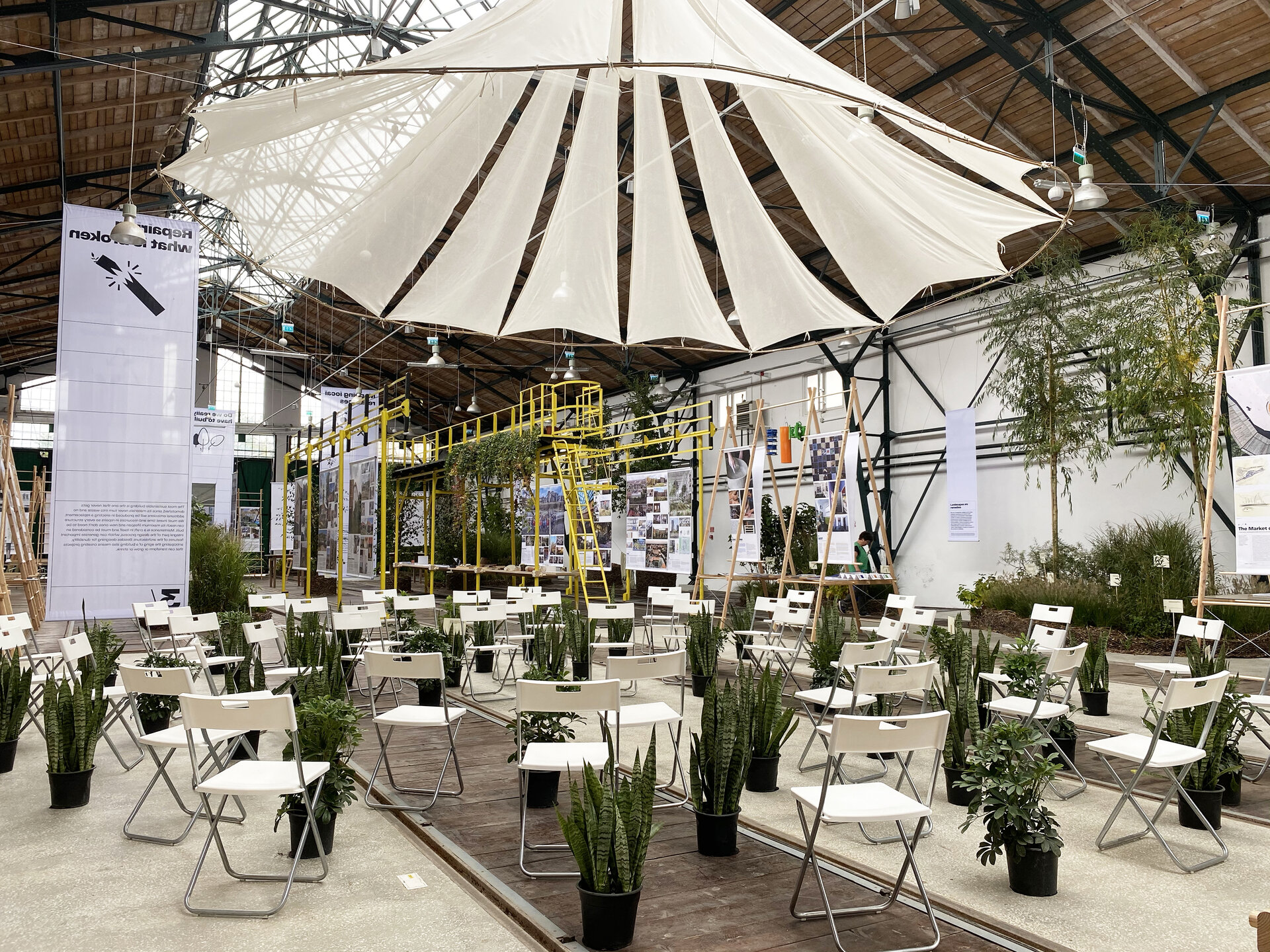 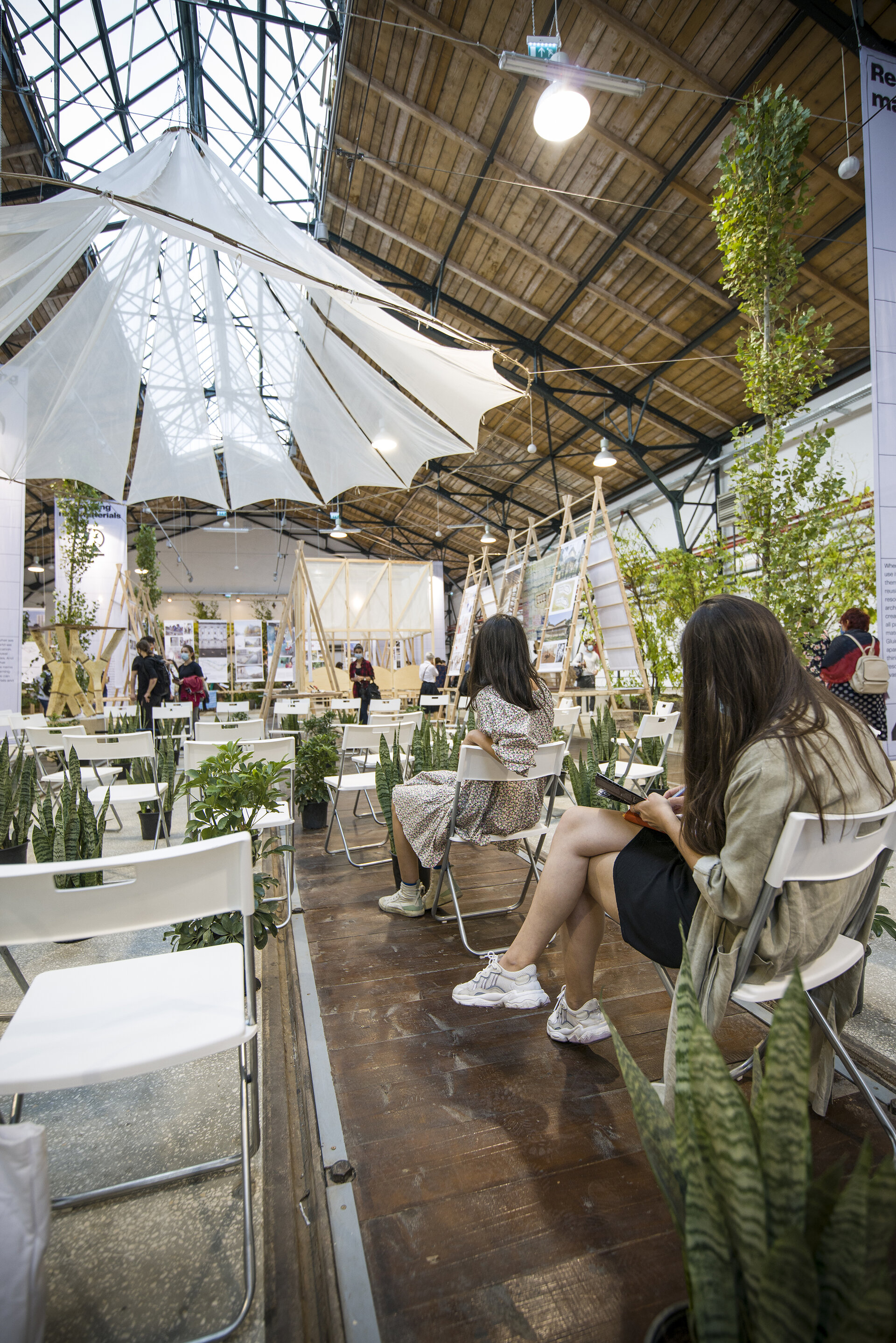 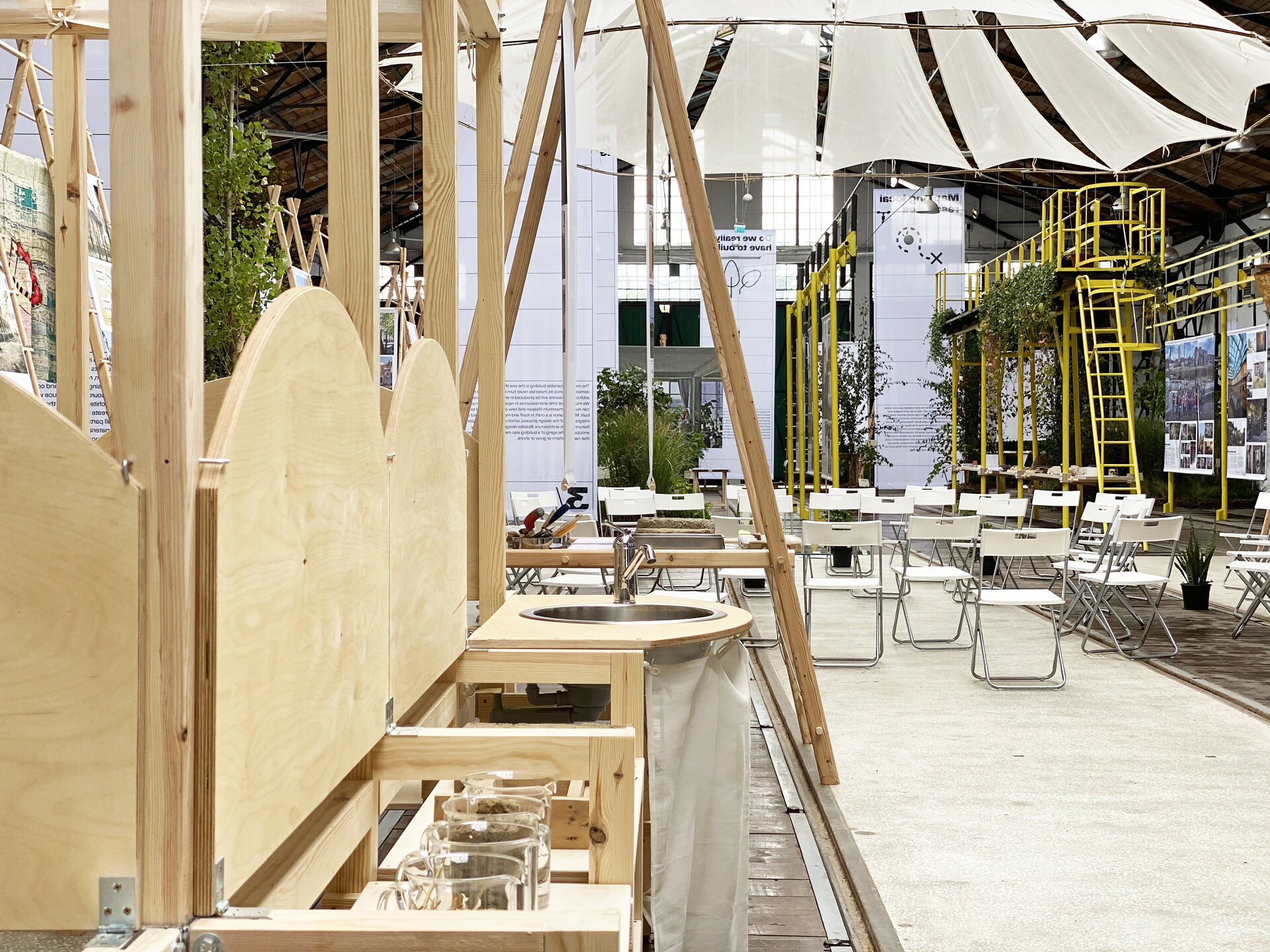 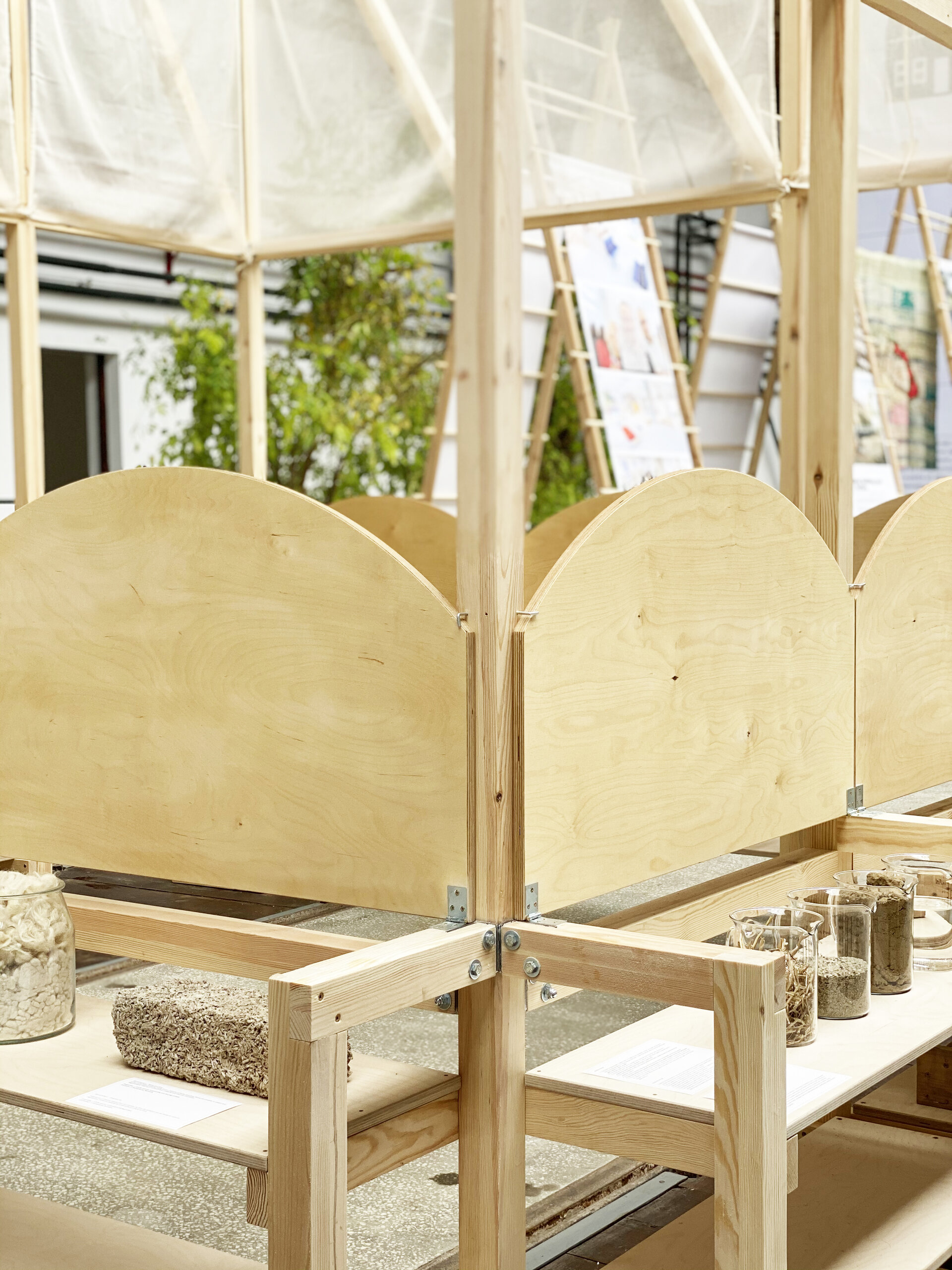 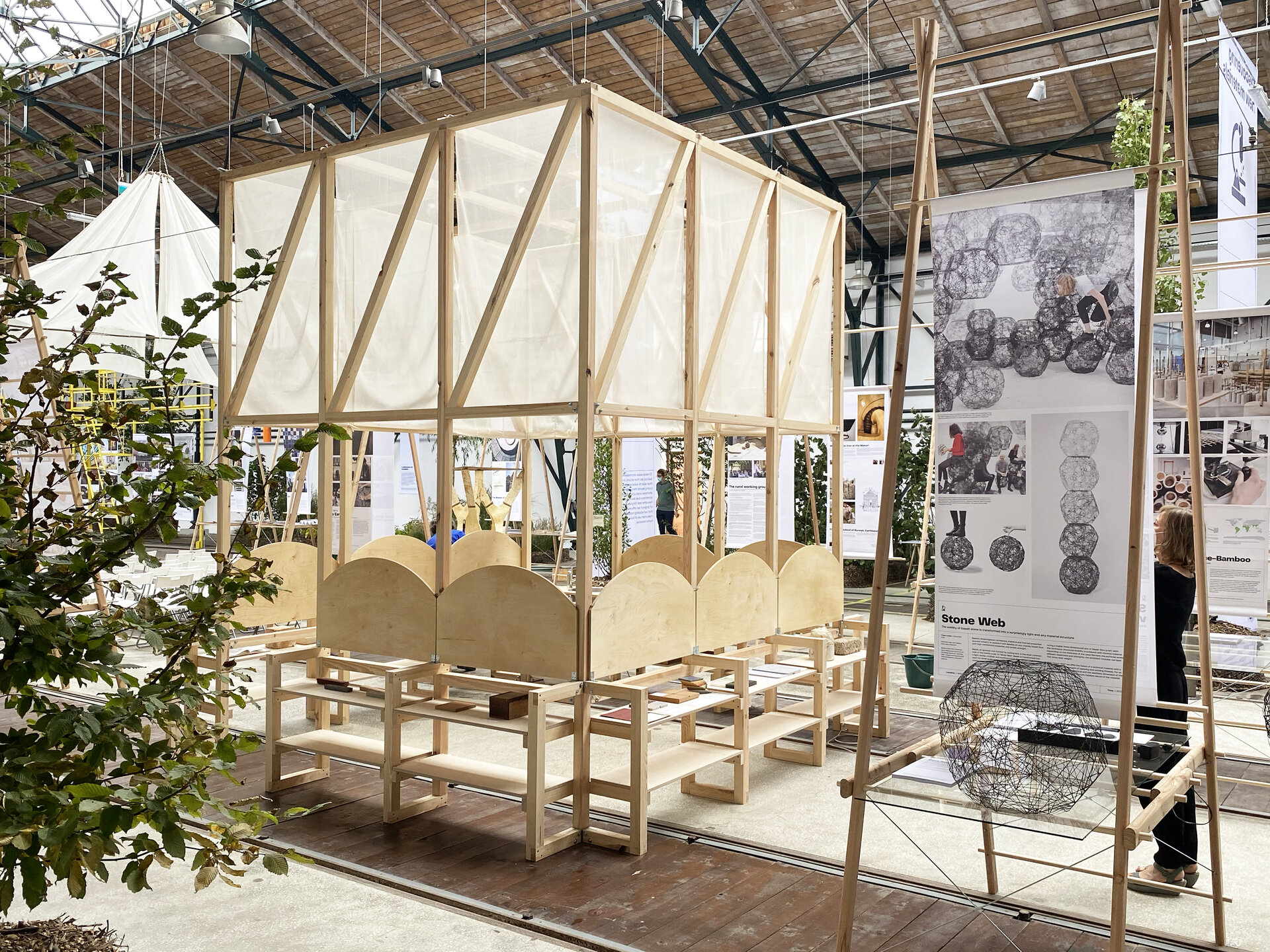 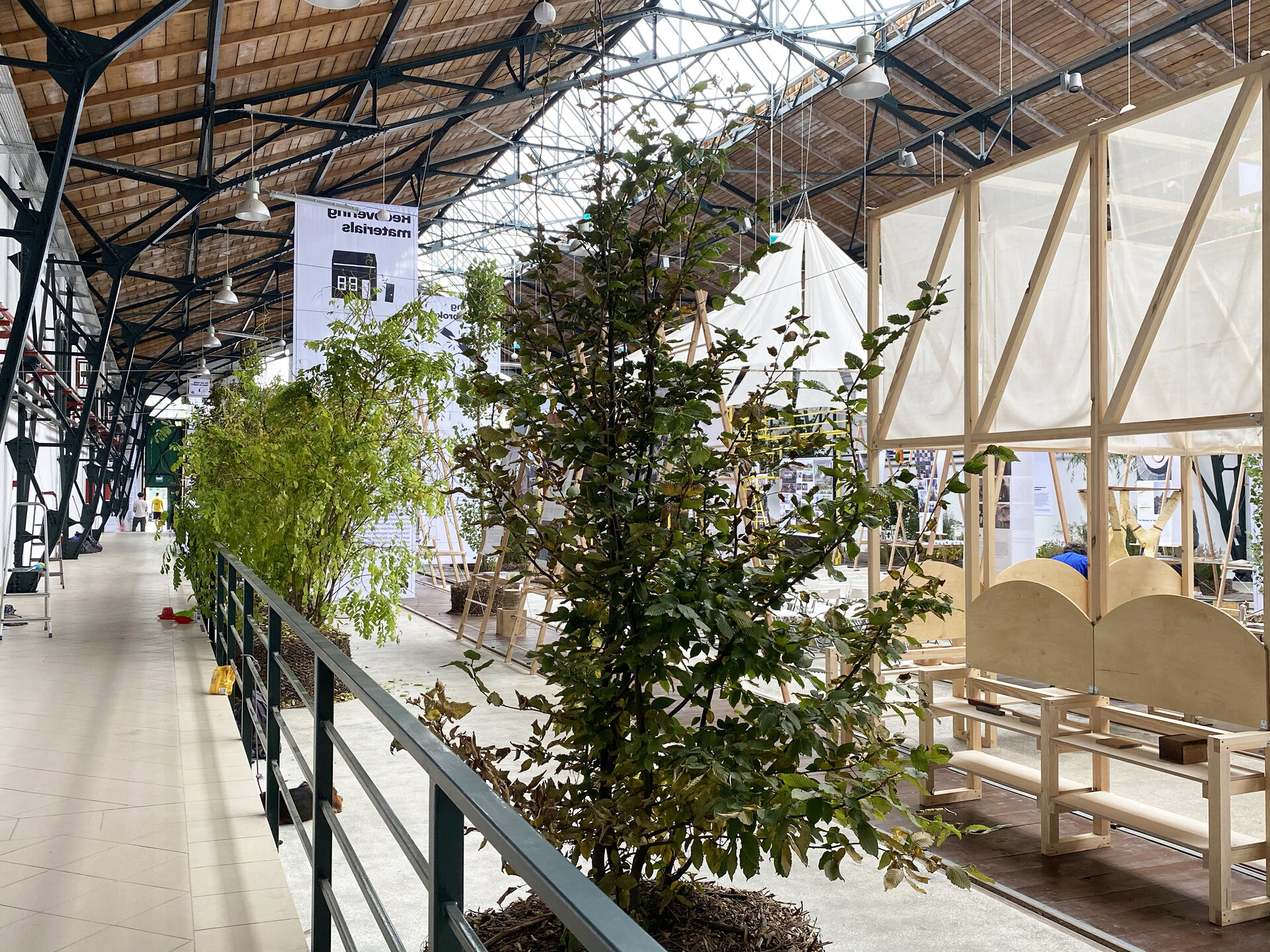 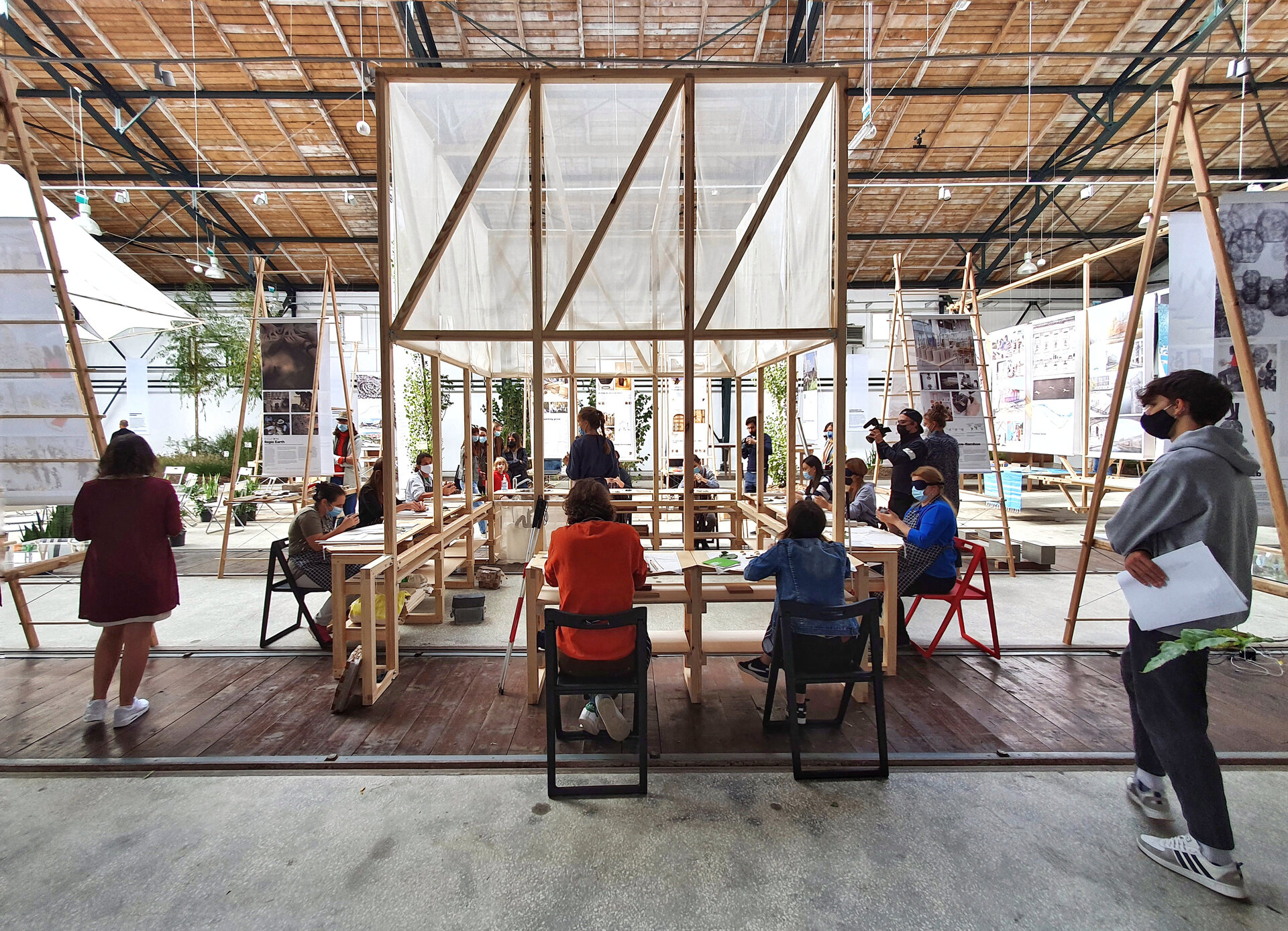 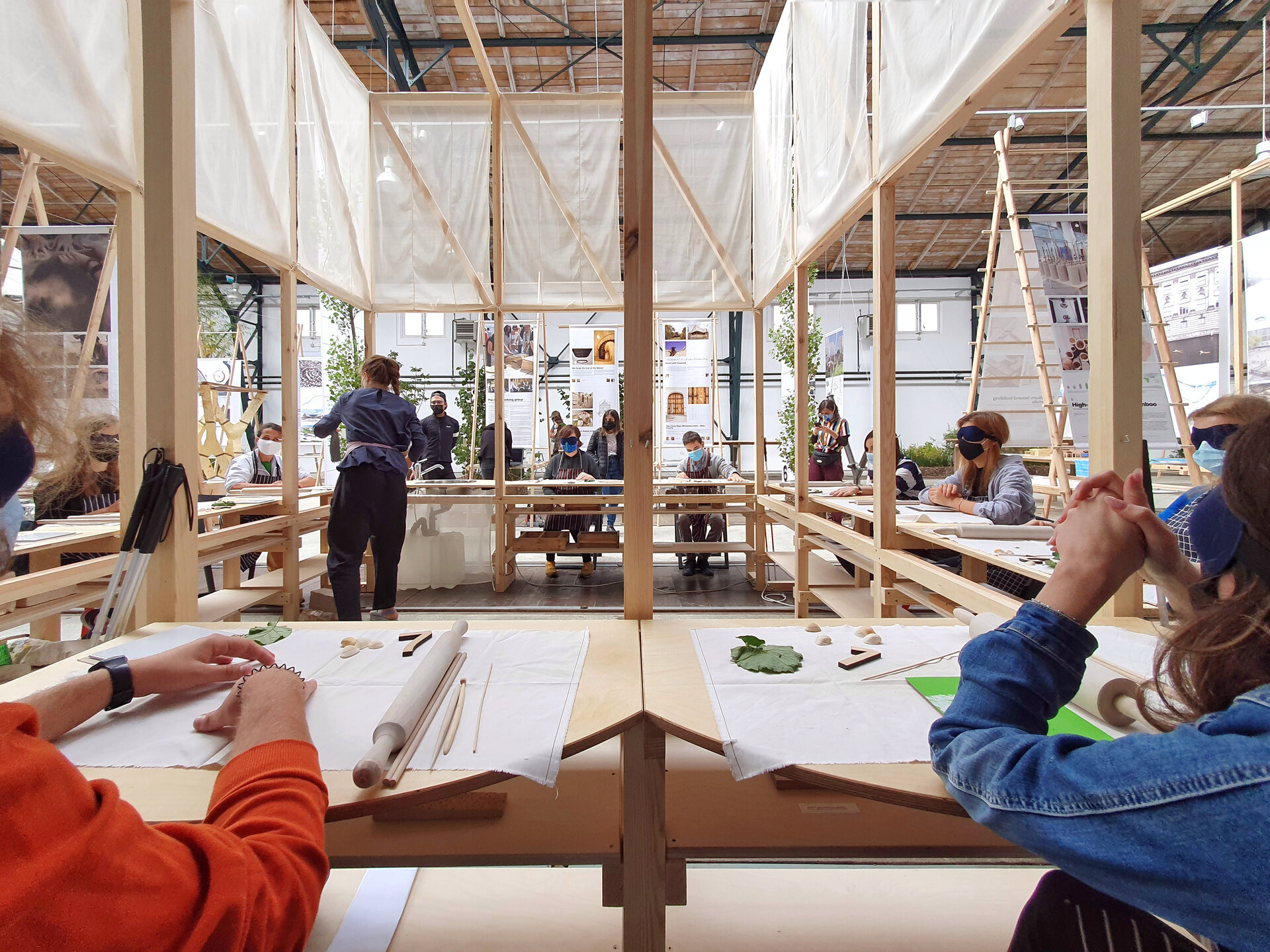 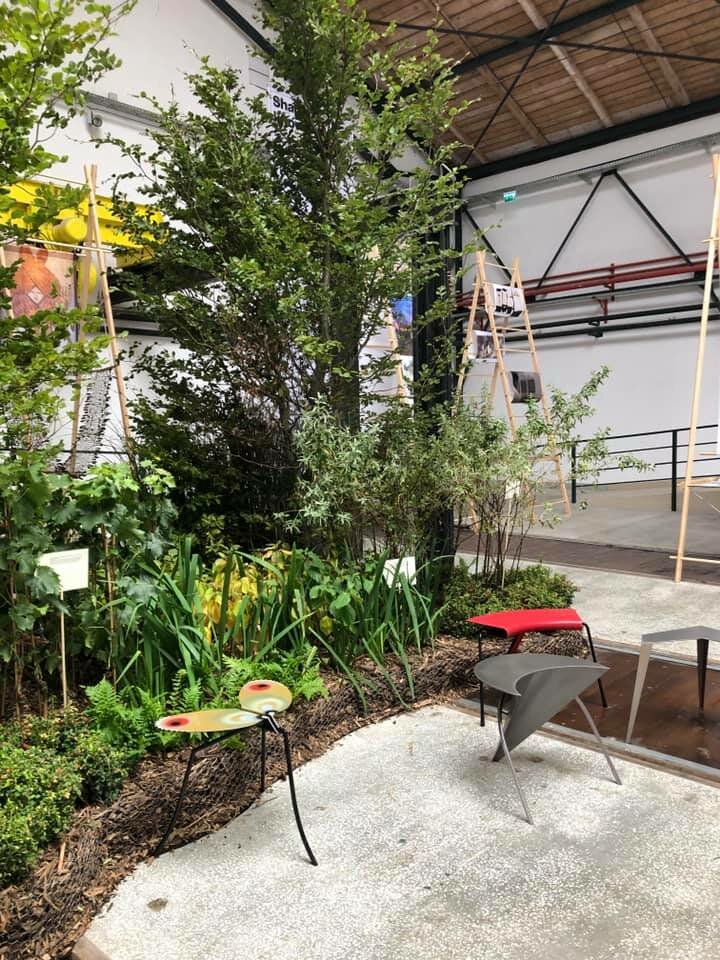 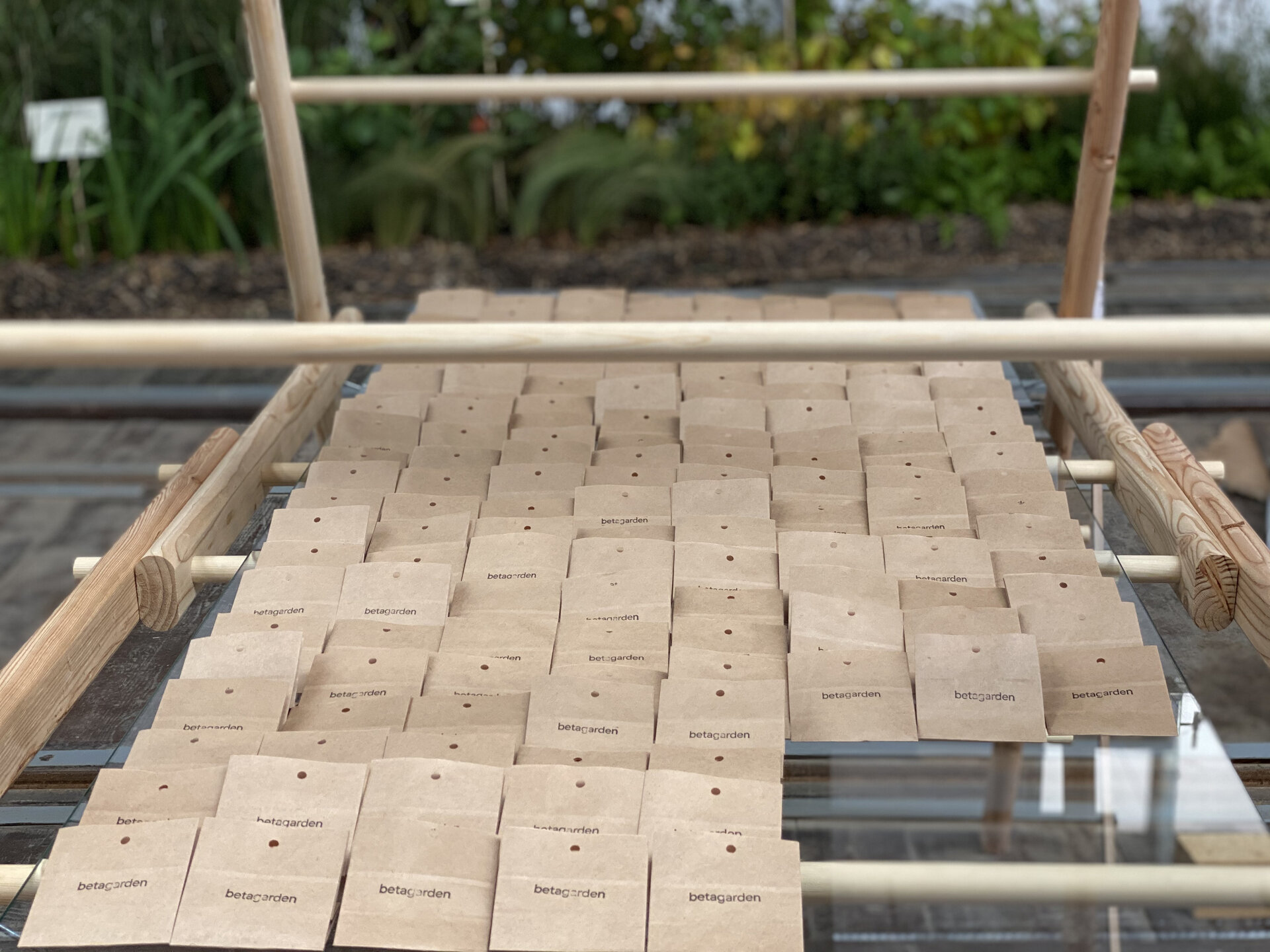 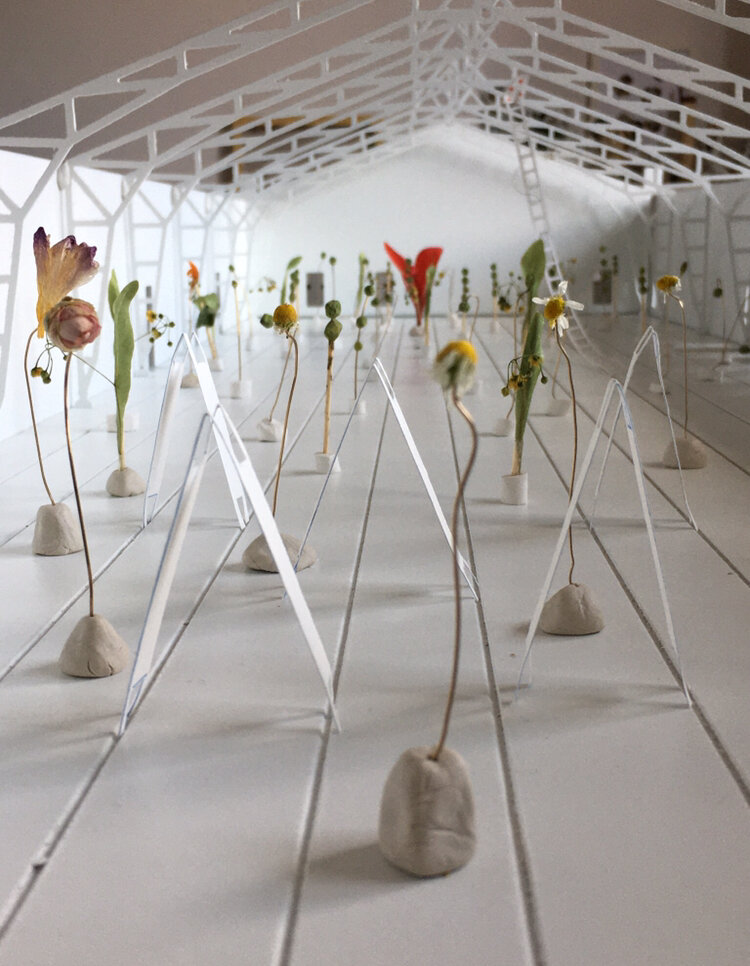 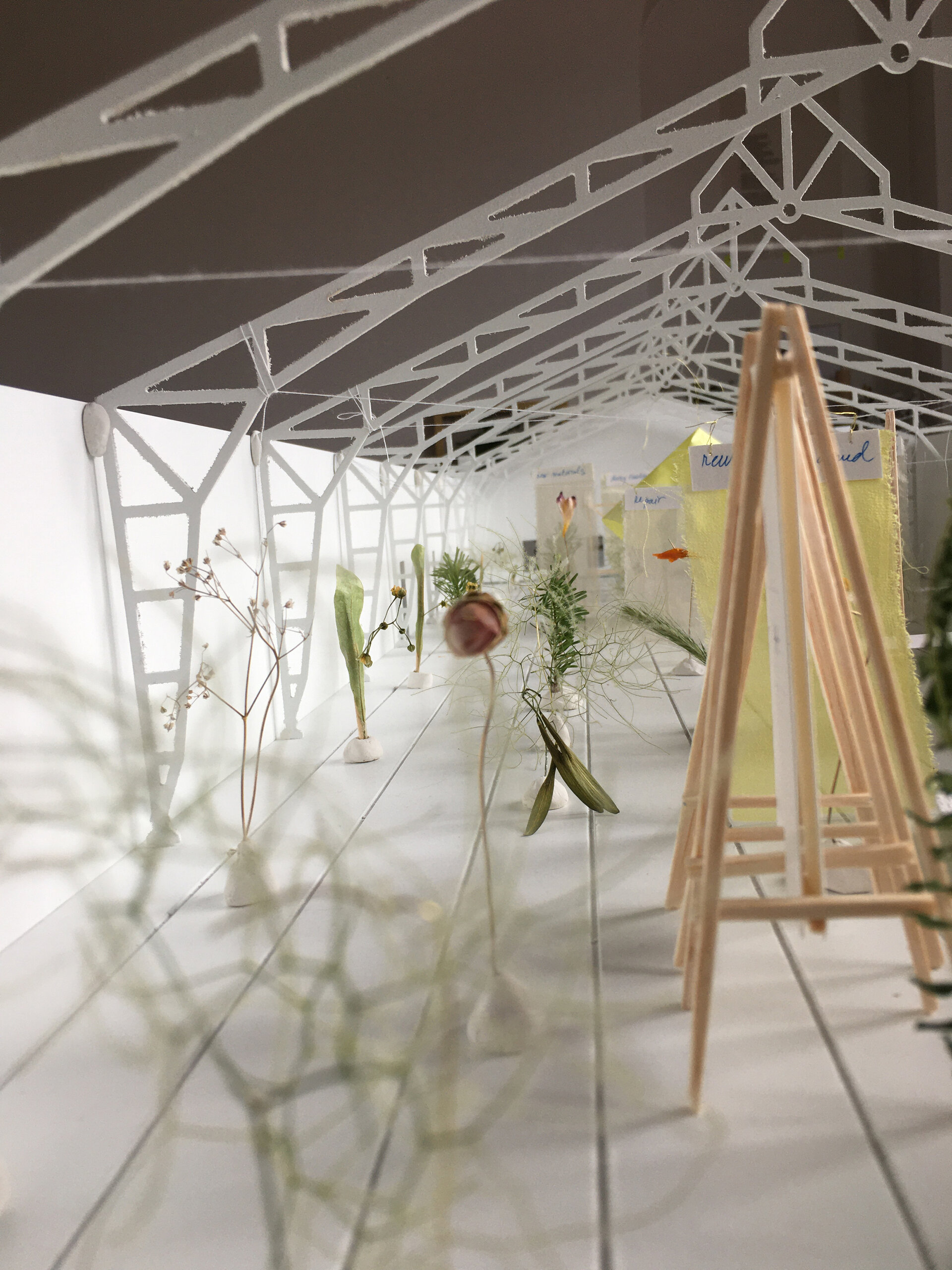 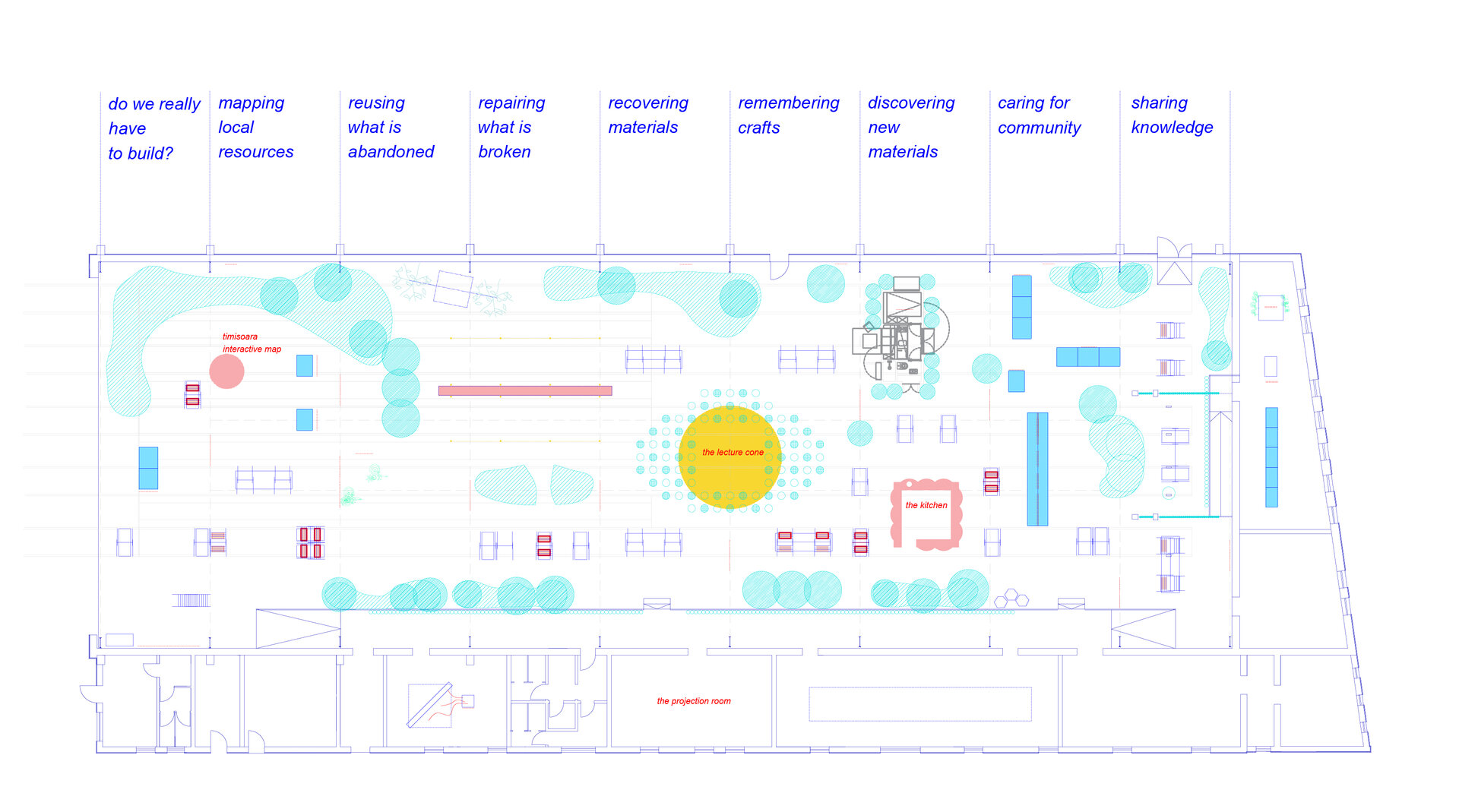