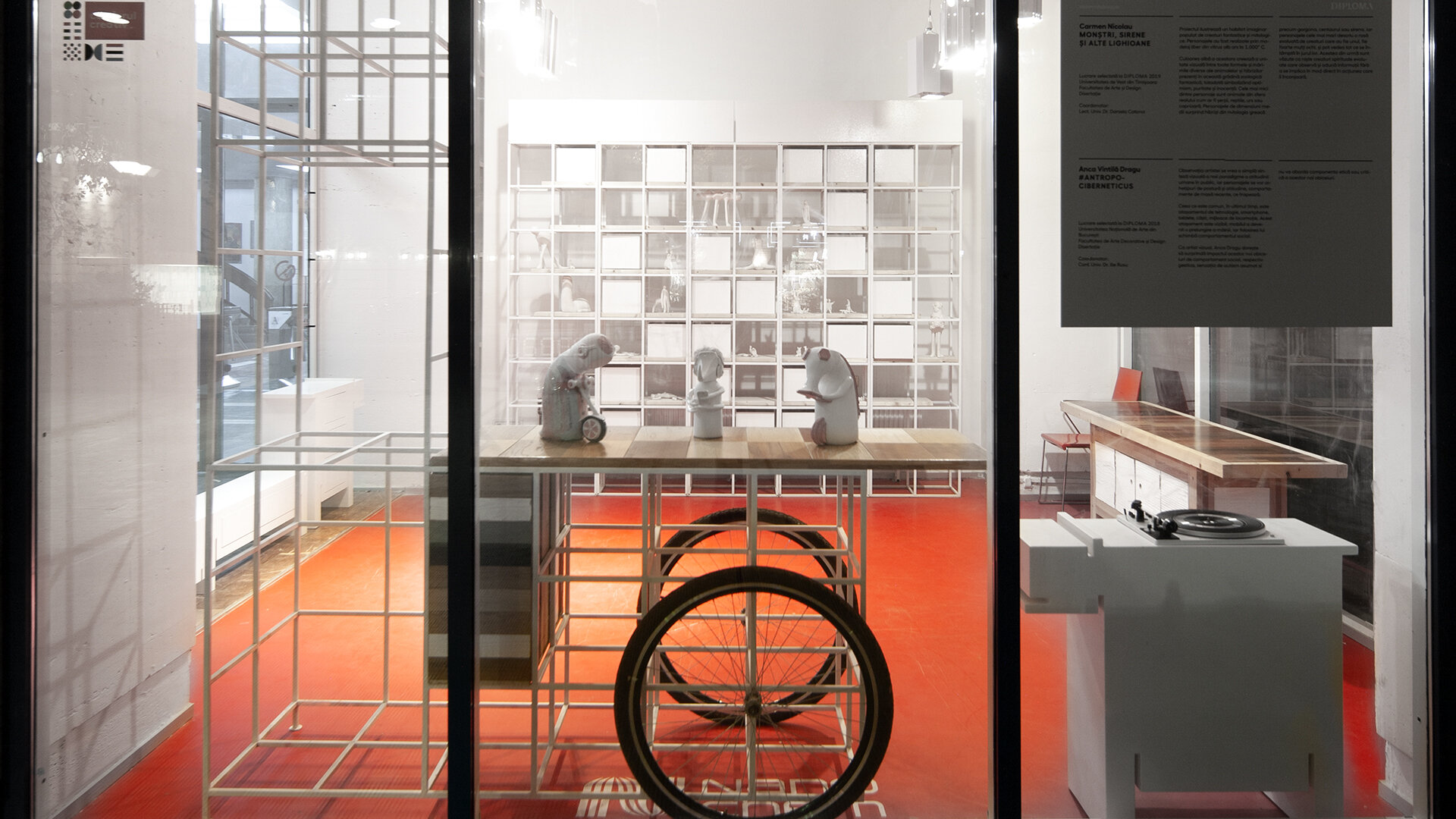 Ingredients: orange trolleys for ads and titles from RDW 2020, chrome yellow from DIPLOMA 2020, a car made from orange frames, and stands made from navy blue frames.
Recycled materials from The Institute exhibits, used as flow separators in the entrance hall of the I.M.U.A.U.
The display and signaling structures connect, into a single system, the Cărturești Modul entrance, the I.M.U.A.U. exhibition space, the vestibule, and the 25M space.
Chrome yellow imported from SECTOR 1 in the showcase on Academy street.
Golden rat in the mirror near the bookstore entrance.
Graphics in the vestibule on the orange trolley cart.
Trolley architecture at the end of the spiral staircase.
Aliens from the balcony living in the multi-story grid of 25M. Alien apartments and aliens on carts, animated on a screen composed of grid-integrated white cubes.
Chrome yellow accent imported from SECTOR 1 in the Academy street showcase.
Diploma ABSTRACT - two exhibitions from CFP (re)mixed on movable systems in four I.M.U.A.U. spaces. 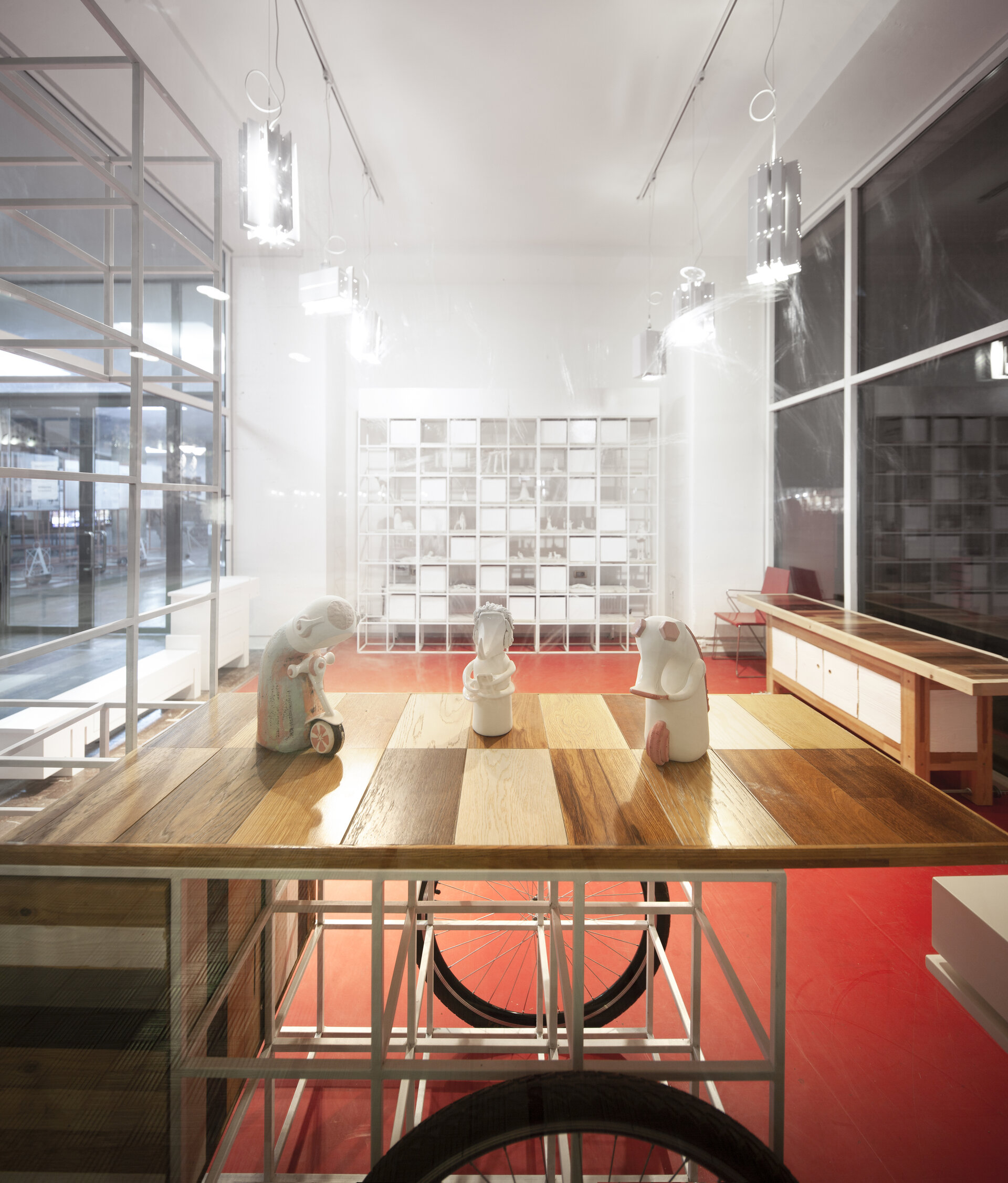 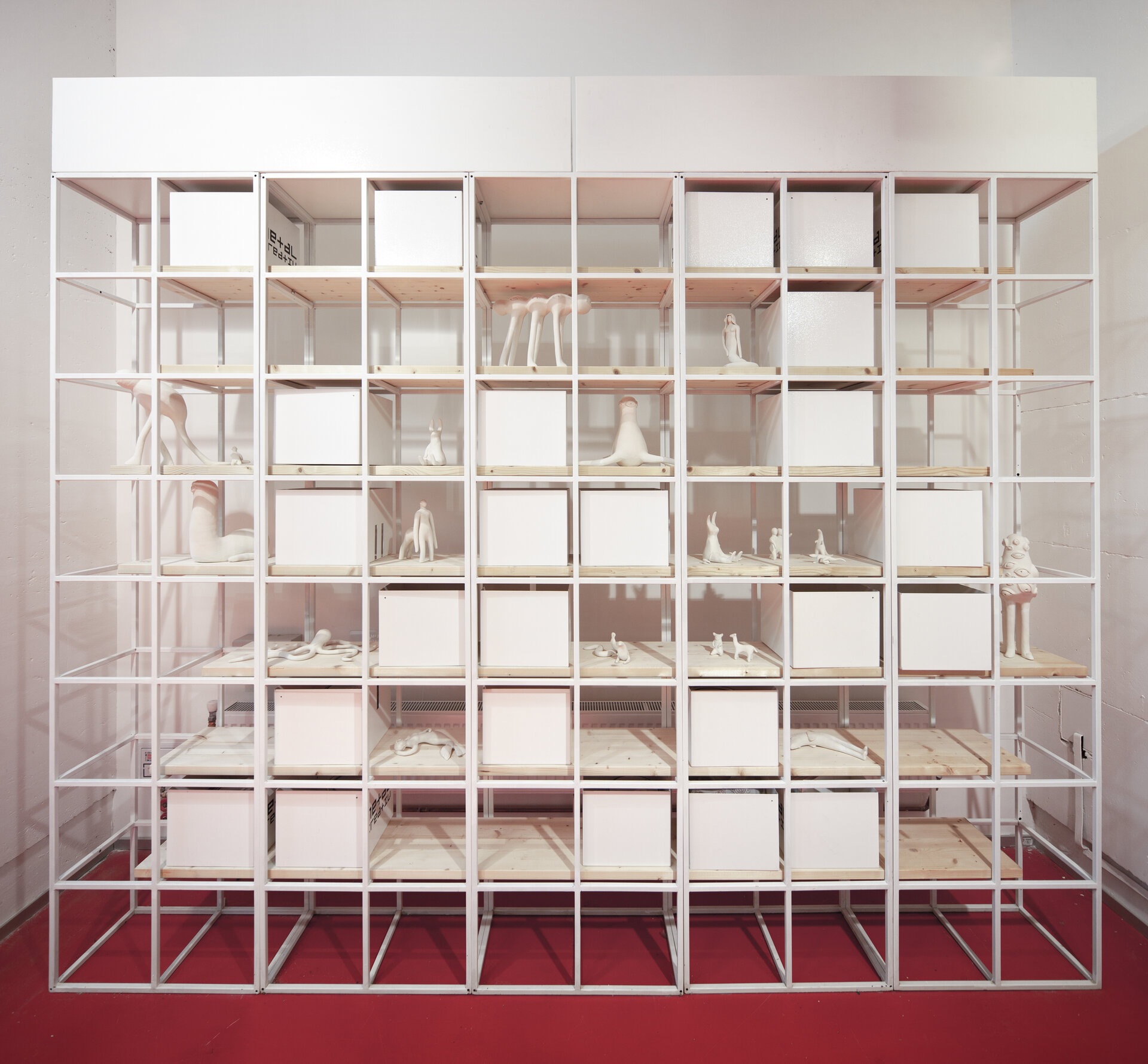 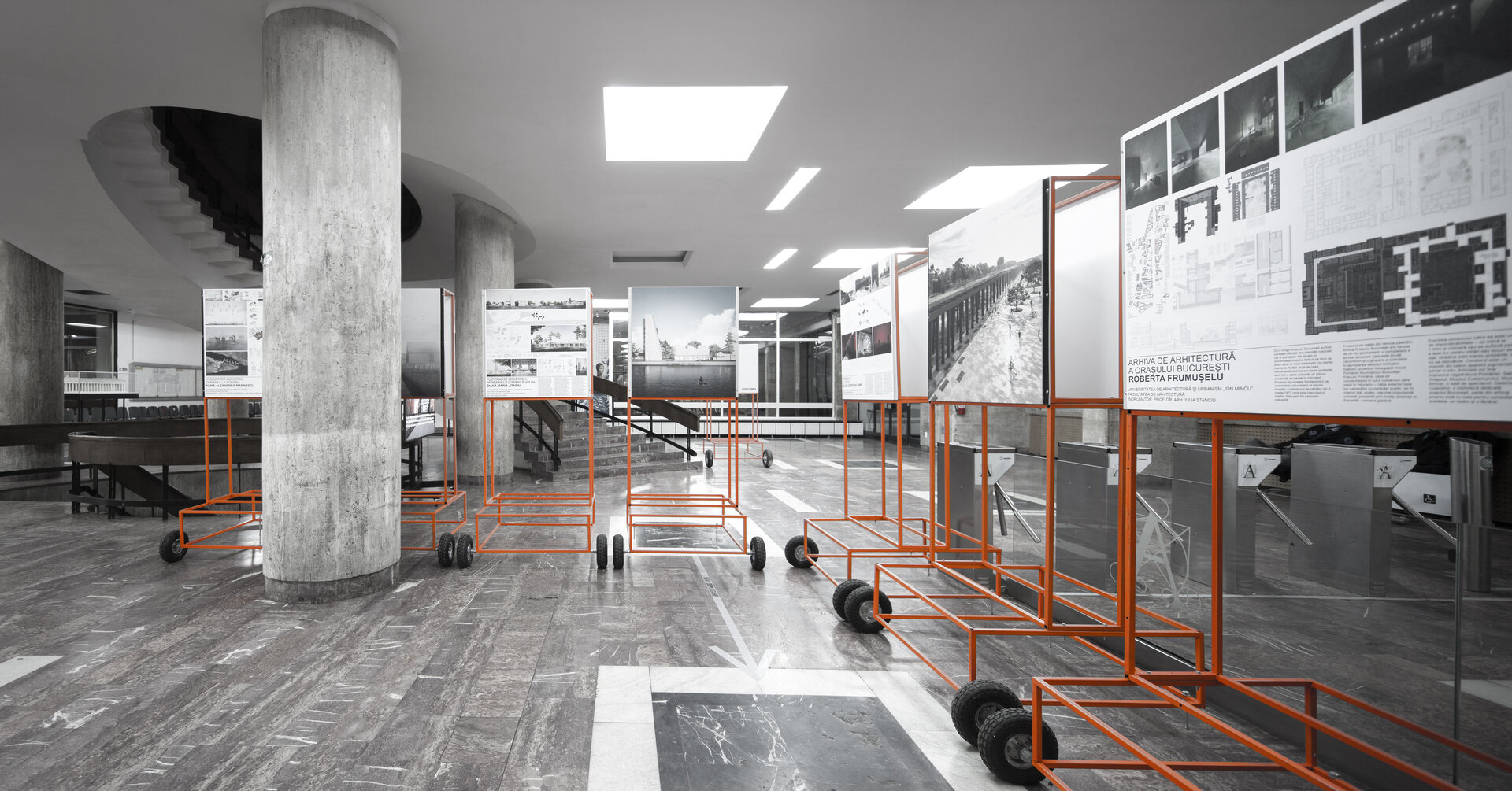 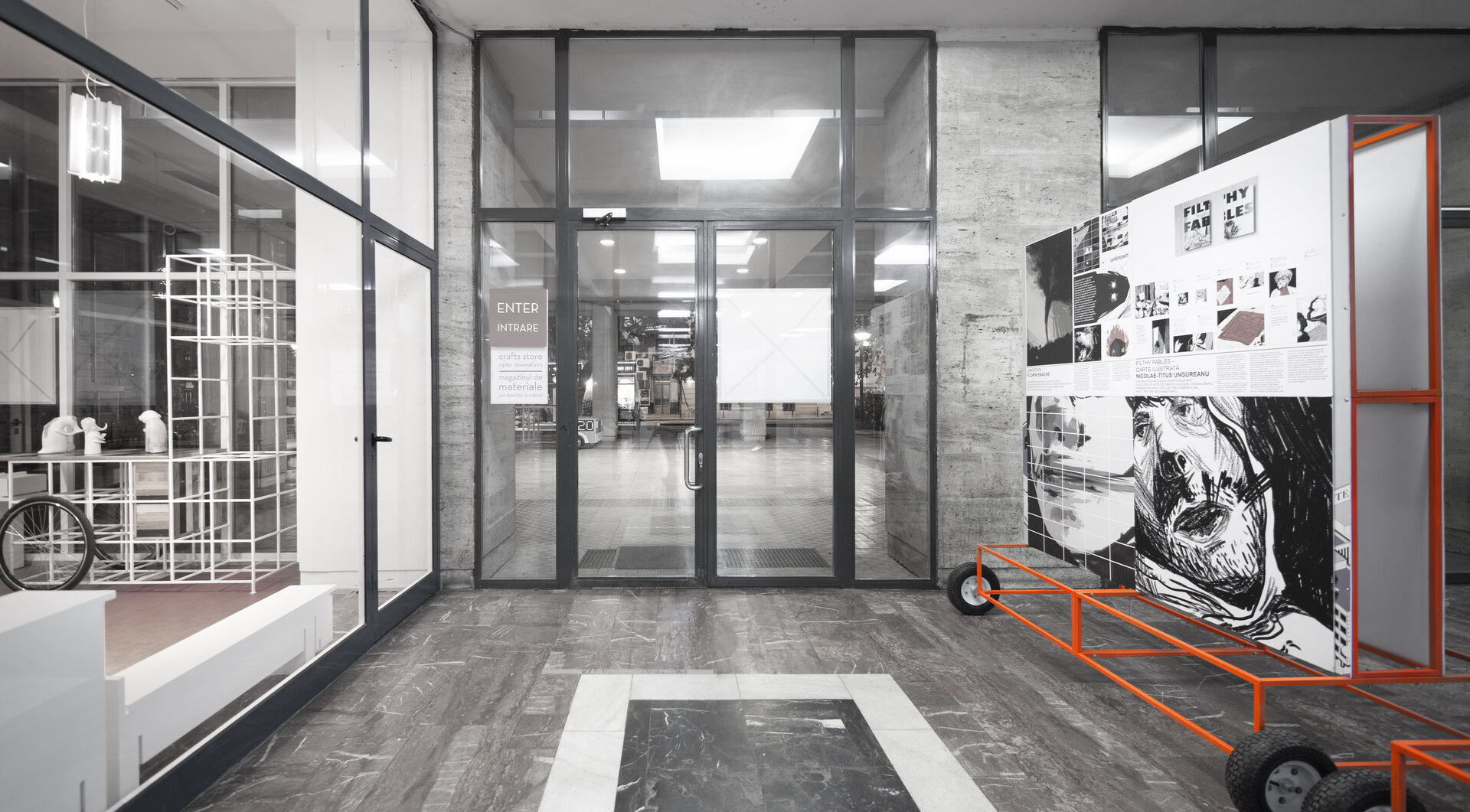 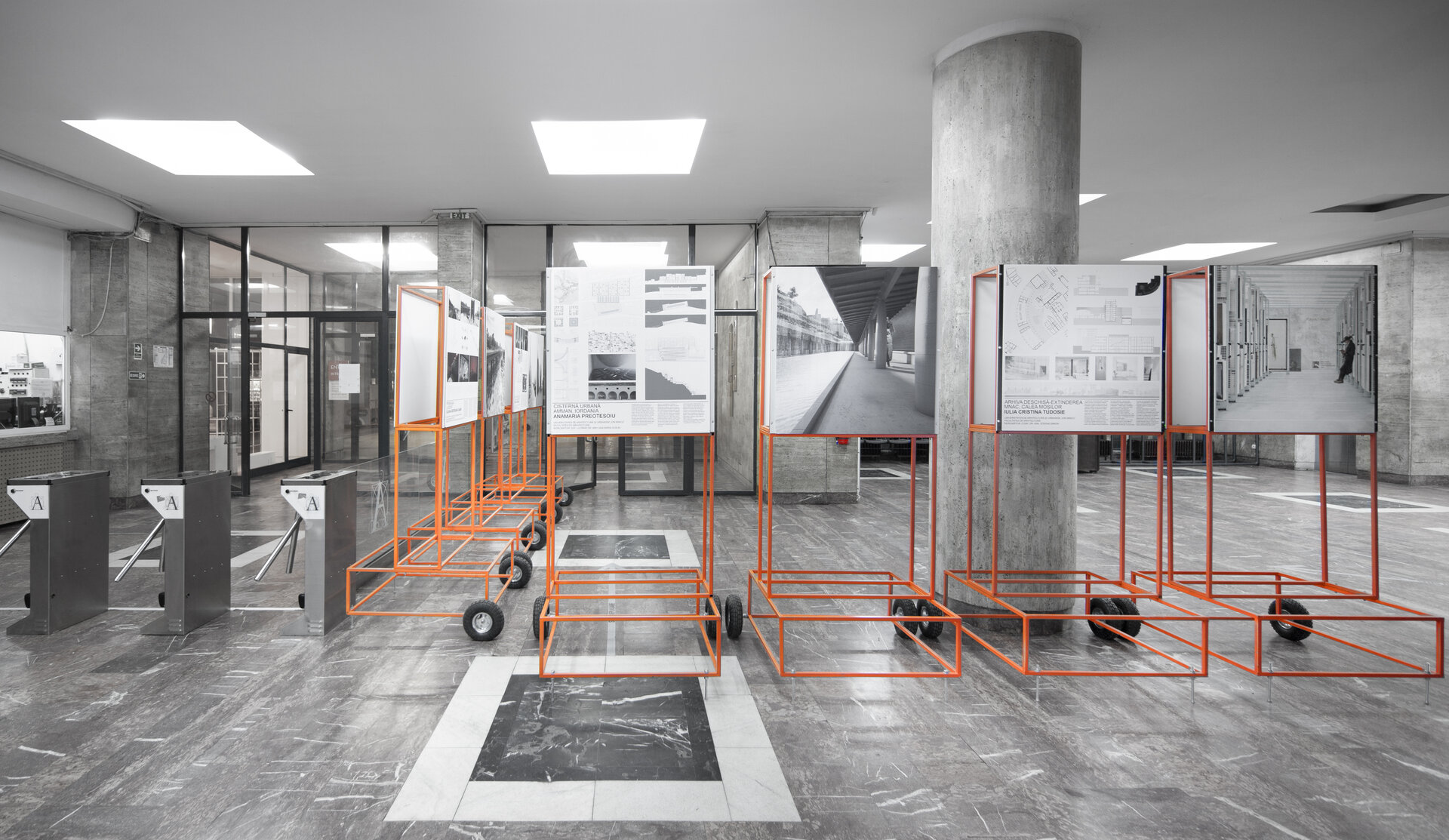