Once Upon a Time in Cotroceni

For over nearly three and a half centuries, the Cotroceni complex has evolved from a royal monastery to a prince’s residence, to a royal palace, to a Pioneers’ palace during the Socialist period, it was overhauled to become one of the Ceaușescus’ dwellings, and it became, after the Romanian Revolution, the headquarters of the Presidential Administration.

This permanent little exhibition showcases the Cotroceni complex as a witness to these eras, to the interaction between architectural styles, between the influences, models and relationships emerging between power and culture, and to the transformations that this remarkable monument has undergone over the last three centuries.

The space in the former wine cellars has a pronounced mysterious character, given by its very high ceilings, by the sonorous resonance of its 4 large arches that amplify any footfall, by the horizontal brick rows which highlight the sturdiness of walls, and also by the very dim light.

It is very important, to any exhibition, to add value to the space where it is organized, not to obliterate its qualities, and, ultimately, to enhance its meanings with all the elements and characteristics of that place. The design intervention entailed by the Once Upon a Time in Cotroceni exhibition consisted of outlining the mystery and charm of the cellar, via lit objects. The supporting pieces for showcasing information – the exhibition boxes – are backlit by linear lighting, which on the one hand sets these objects apart from the architectural context, and at the same time follows the horizontal design and outlines the impressive brick texture. The exhibition boxes become the sole lighting sources, enhancing the space's plays on twilight.
Upon entering, visitors are first faced with a model of today’s Cotroceni. Then, following the historical process, a synthetic chronology is found along the walls. It was created as a multimedia collage, mounted in 6 very long aluminium cases. The collage contains images, animations and a simplified model each, showing the expansion and evolution of the complex in every period.
Three large cases, used to segment and dynamize the space, are also employed as showcases.
They host heritage pieces, objects that once belonged to historic personalities such as Prince Cuza or to Queen Mary.
An existing masonry element, the sturdy wood triforium, also presented itself as a good opportunity to be integrated integrate as an image support.
A miniature photographic archive was inserted here, showcasing Communist-era moments, when the Cotroceni was a Pioneers’ Palace.
Although the space dedicated to this exhibition is a small one, the fact that each historical moment is shown in detail, as well as the variety of means of visually presenting this documentary, make this exhibition bring a degree of complexity to the visitors’ experience.


Periods
1. Royal monastery and residence (1679 - 1893)
In 1679, ruler Șerban Cantacuzino entrusts the building of the Cotroceni Monastery to Sword Bearer Mihail Cantacuzino, who combines the Byzantine style, adapted to the Romanian architecture and art, with the influences of the late Italian Renaissance.


2. Royal palace (1893 - 1947)
Two centuries later, architect Paul Gottereau is mandated by king Charles I to turn Cotroceni into a residence for the Crown Prince Ferdinand's family.
Queen Mary, the palace's longest-lived inhabitant, has left her mark on the complex, aided by architects Karel Liman (in the Secession or Art Nouveau styles) and Grigore Cerchez (in the Neo-Romanian style).


3. The Communist period
The complex functions as the Pioneers’ Palace (1948 – 1976). Severely damaged by the Great Earthquake of 1977, it undergoes restoration and reconstruction operations, coordinated by architect Nicolae Vlădescu and engineer Petru Badea. The church is demolished in 1984.

4. Post 1990
The new wing on the south side of the enclosure becomes, after 1990, the headquarters of the Romanian Presidency and subsequently the offices of the Presidential Administration.
The old part of the palace is transformed into the Cotroceni National Museum. The church is rebuilt and opened in 2009 as aa praying facility, completing the museum's visiting circuit. 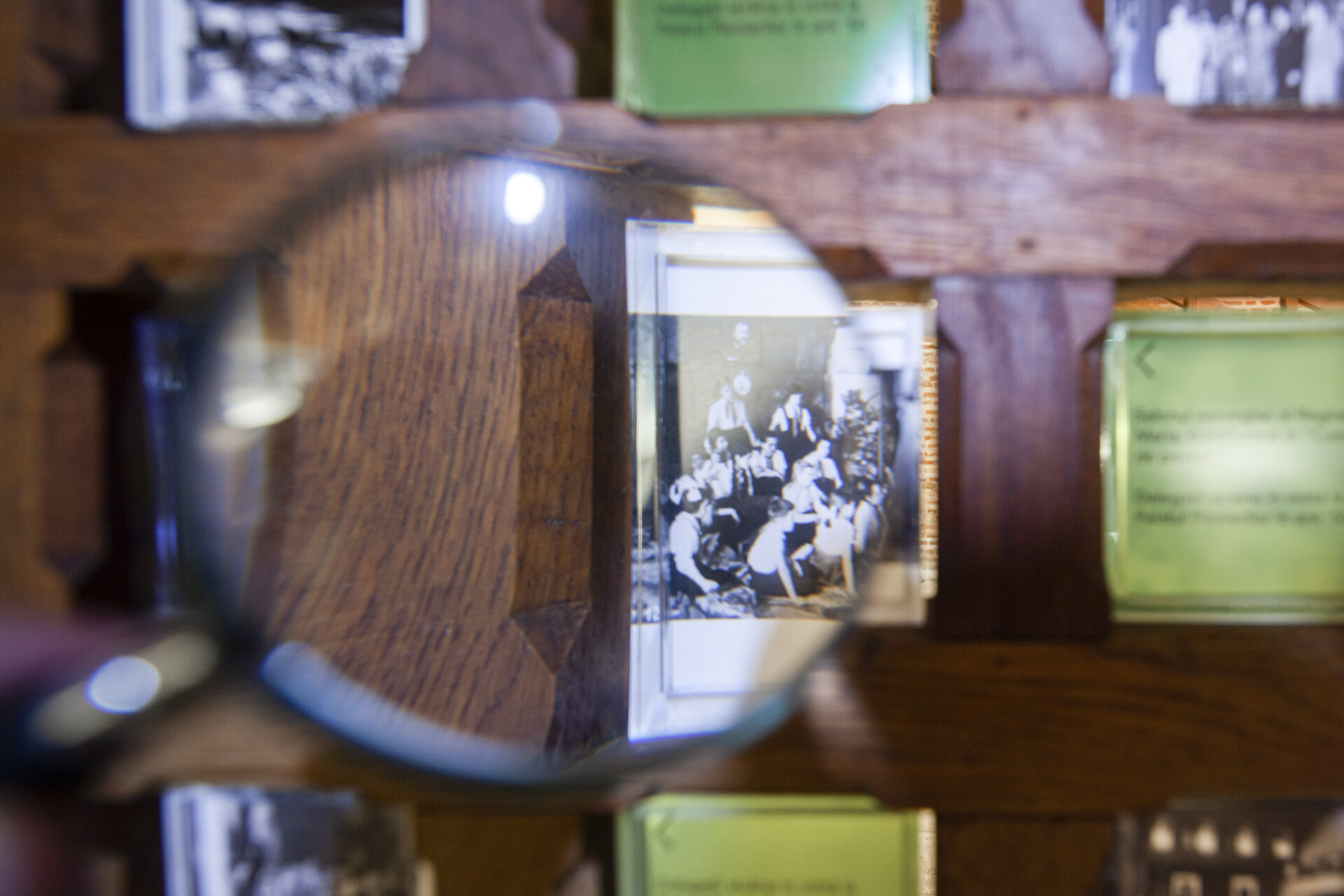