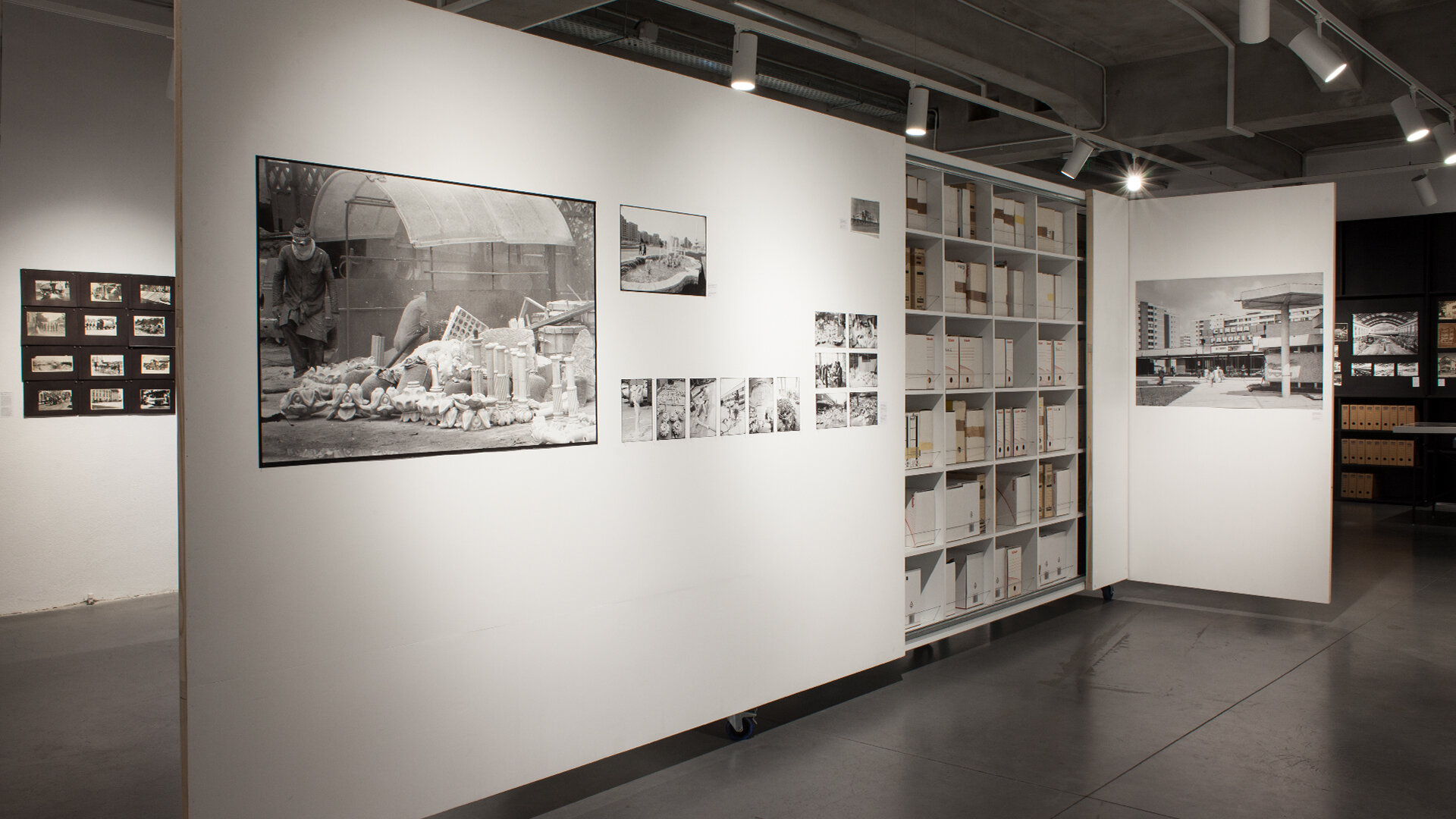 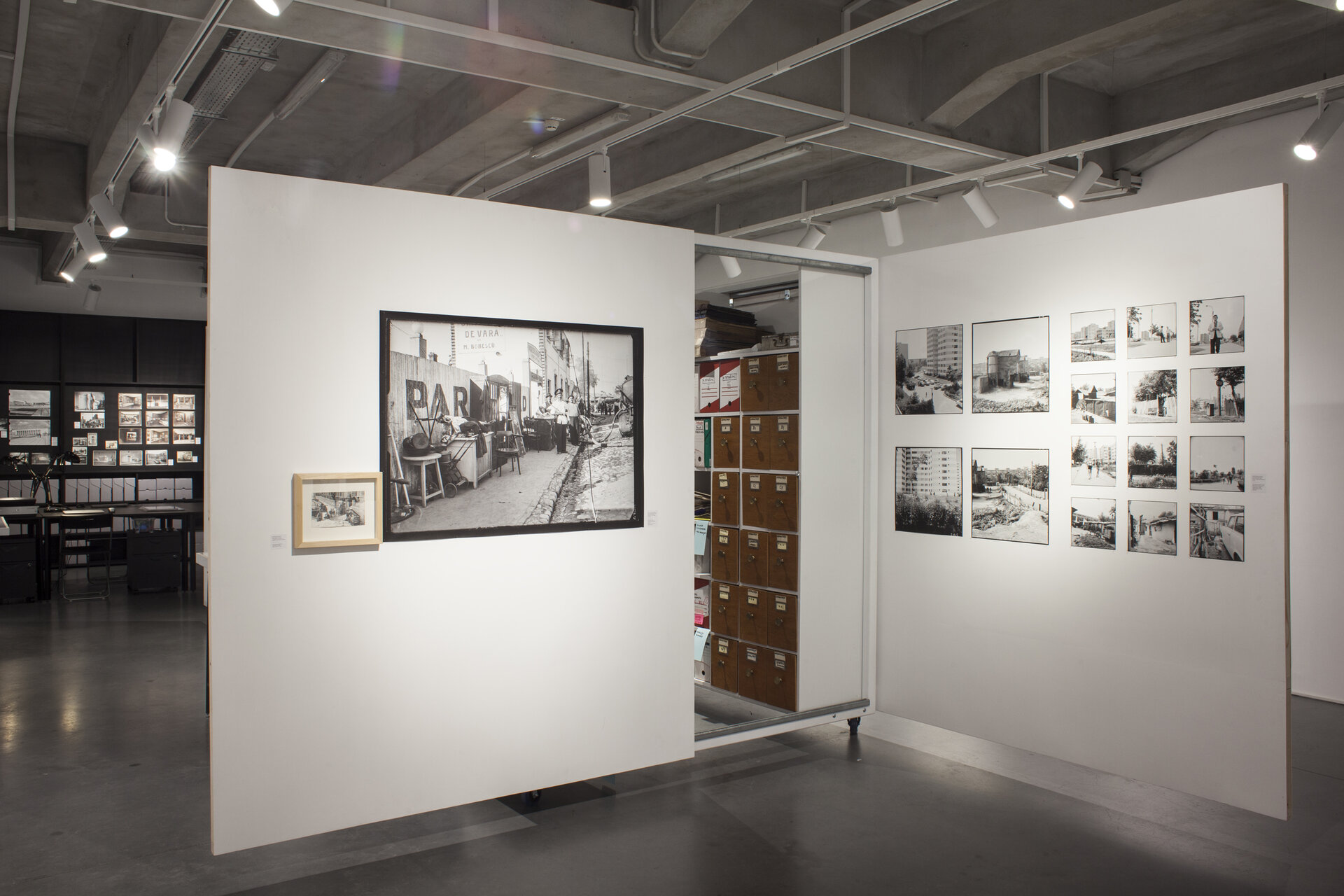 The realization of an exhibition project is a process of complex scenography of the spaces
by juxtaposing objects and details, lights and reflections, materials and colors to create new ones
realities. This scenography of space is a method of contemporary approach to
the subject by which an attempt is made to obtain a curatorial discourse / narratives to guide the public,
to present complex topics in an accessible, educational and enjoyable way. projects
approached by our studio in the exhibition area tried to focus primarily on
the curatorial discourse, the scenography being used insofar as it can support the general concept of
exhibition.
For this project, the theme was to adapt the space of the ‘Project Salon’ in view
temporary accommodation of the photographic archive ‘Mihai Oroveanu’, indexing, scanning and digitization
the material as well as its re-archiving in better conditions. At the same time, it was wanted like this
process to be visible and visitable during the 18 months of the project, and the space to remain
open for the interventions of some invited artists who will work with the archive.
Archives are an important and current topic in the context of the last decades
they were abandoned by most state institutions and difficult to finance in the area
private. Thus, the archiving process had to be transparent, so that the public could
intuit the size of a photographic archive, the way it is organized and the complexity of the process,
this being the main direction we tried together with the curatorial team to keep it as long as possible
as clearly as possible. There are approximately 10,000 images in this archive, stored in various formats
(films, slides, paper, plates and glass plates) archived over time in hundreds of boxes and
files of different sizes that need to be checked, indexed and digitized, and then re-archived
in optimal conditions, with suitable contemporary materials.
Given the dimensional variety and fragility of the material, we initially wanted to create some
flexible modules, integrated into the existing space of the gallery, which could be exchanged and combined for
to respond functionally to the archiving process but also to the creation of areas dedicated to the intervention
guest artists. The challenge was to obtain a dynamic space, open and with various possibilities
exposure while preserving the functional characteristics of an archive - archiving space
secure and controlled, with flexible partitions, a work area and temporary storage.
The central idea was to present the archive as a ‘depository’ or perhaps a ‘keeping ark’ -
a central object of structuring space, a compact element that can be accessible in the same
easy to secure time, which can have configurable positions in the gallery space, an element that will
it could expand or shrink as needed, creating flexible routes and spaces, multiplying in the same
time the vertical exposure surfaces. Inside the ‘depository’ is flexible and adapted to
accommodate the dimensional variety of the existing material.
The solution was a removable metal structure with wheels and exterior panels
white sliders that can close or reveal the inside of the archive. The panels, by their configuration closed /
open can determine new routes in the gallery space and can be used for the temporary installation of some
exhibitions within the project. Area intended for the process of identification, indexing and digitization of
The archive was equipped with modular tables and a black library with storage spaces
along the entire length of the wall and with magnetic panels at the top used for both
exposure as well as for the archiving process itself. The whole structure was designed to be able to
be disassembled, transported and subsequently reassembled in another location. 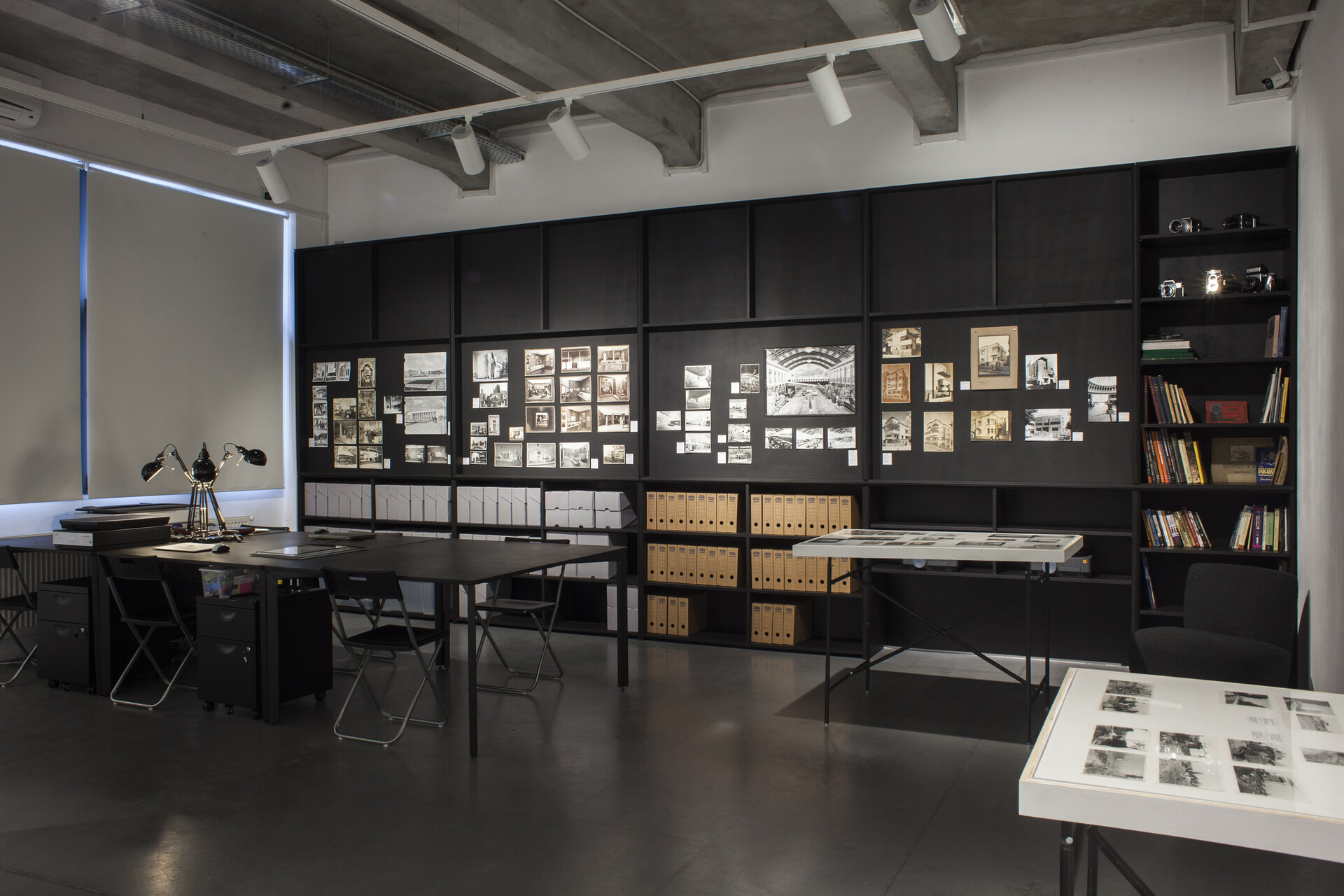 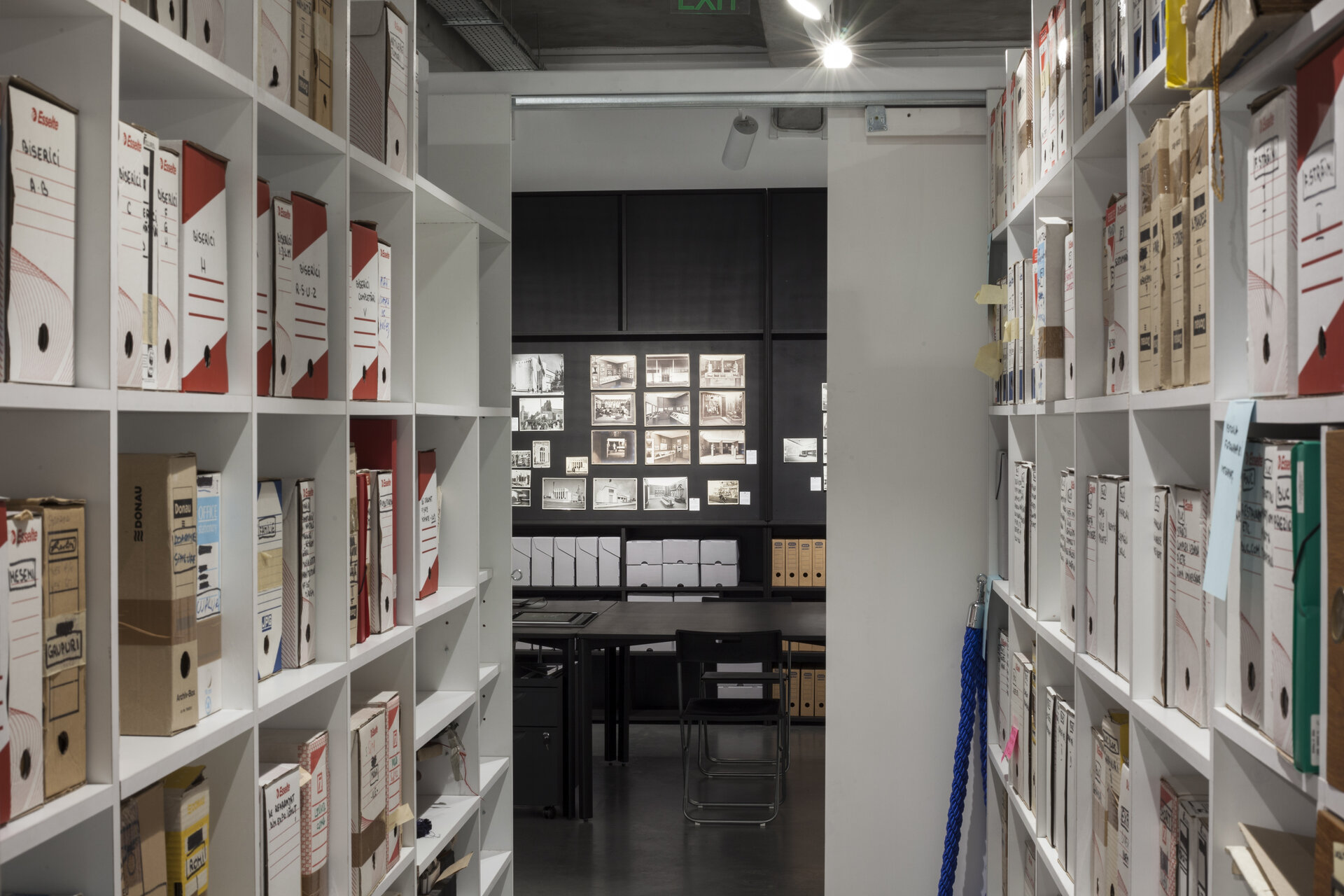 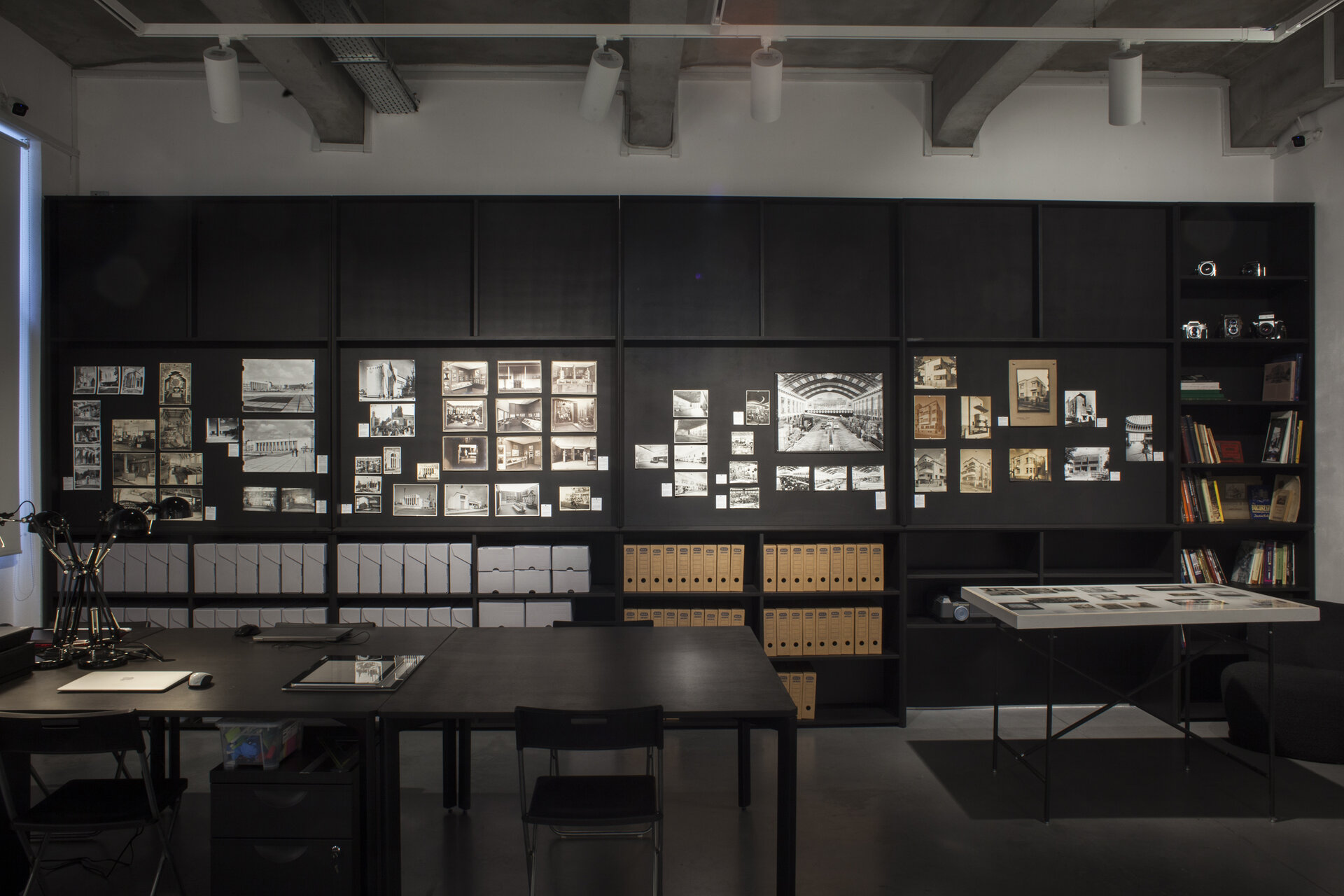 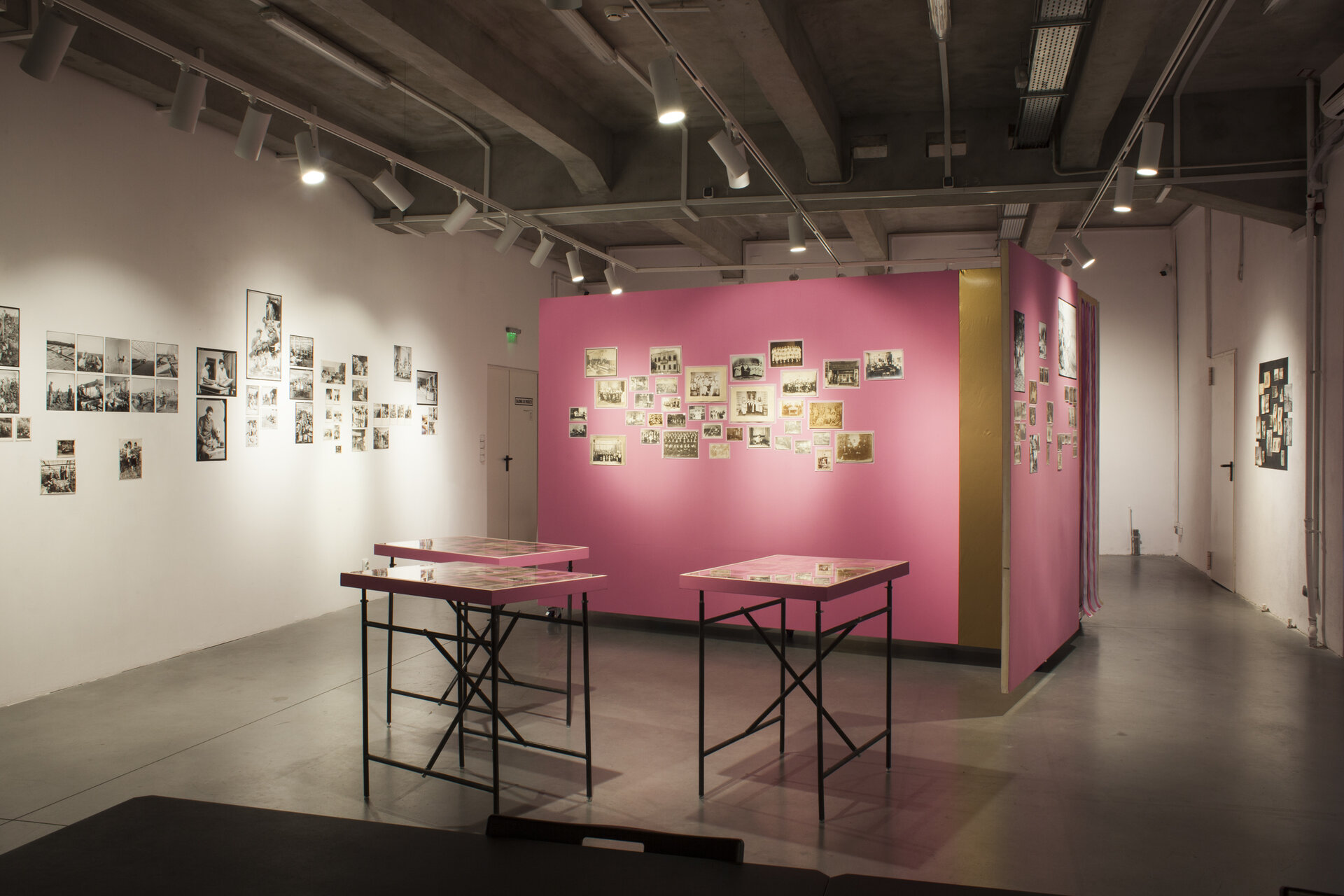 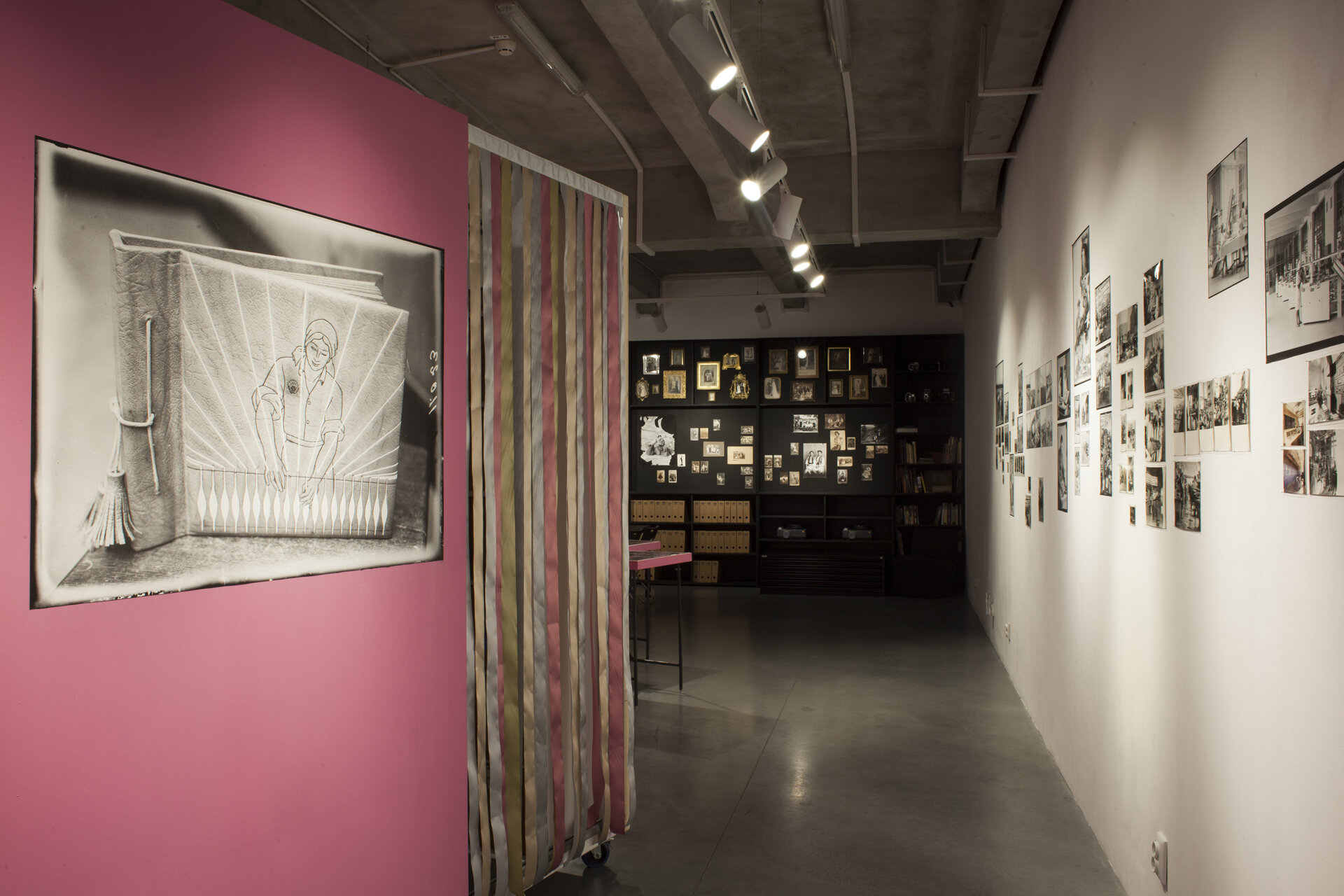 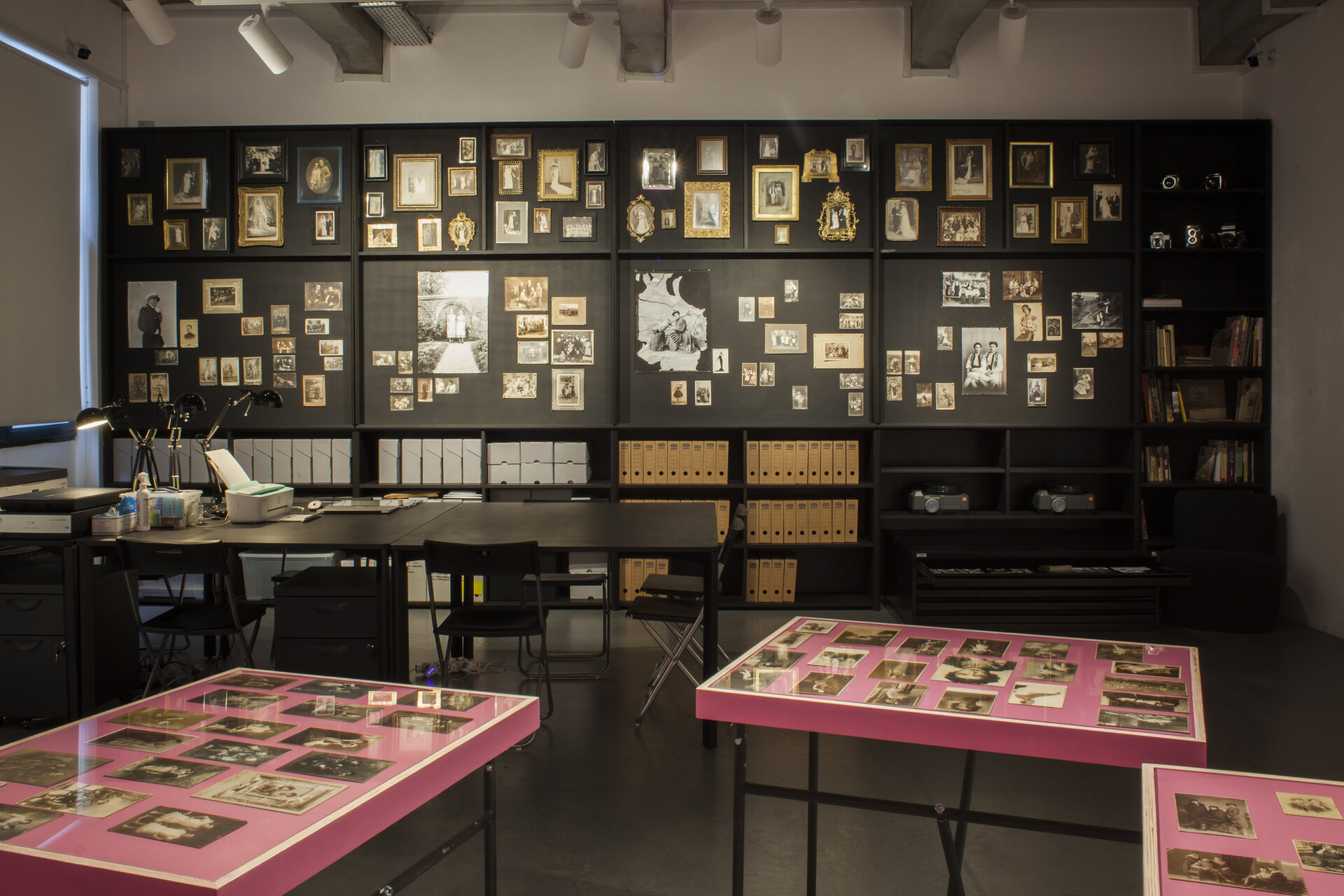 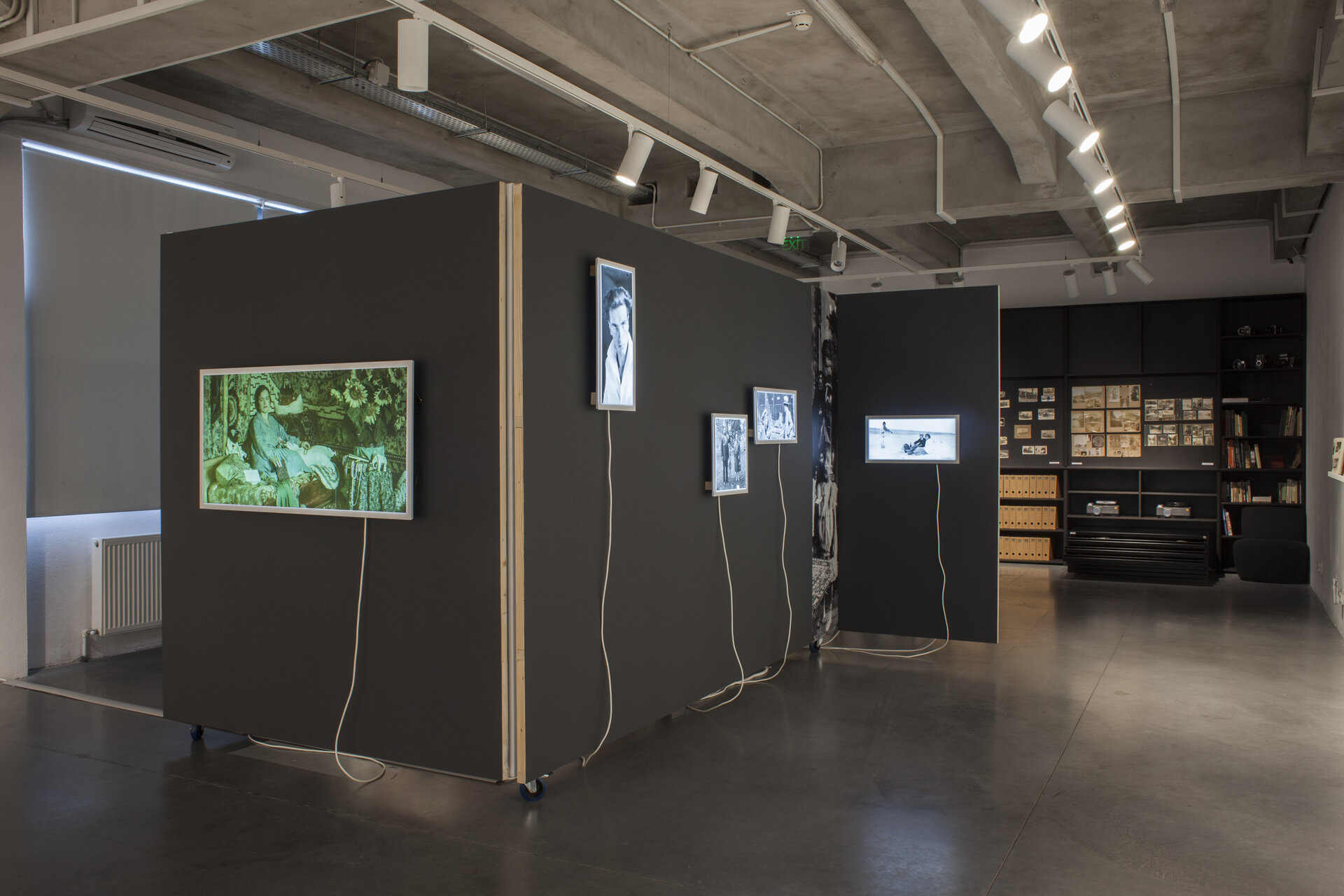 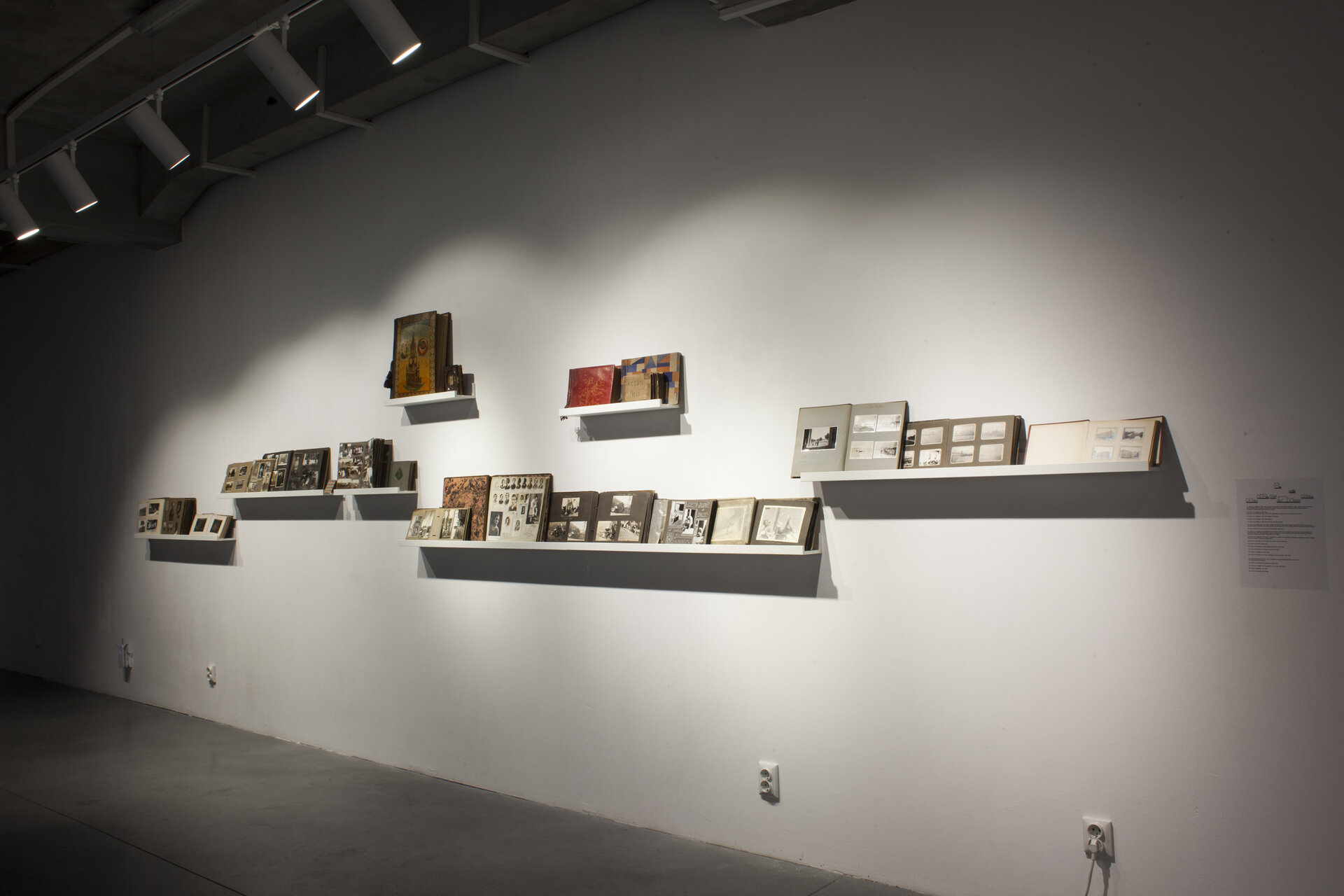 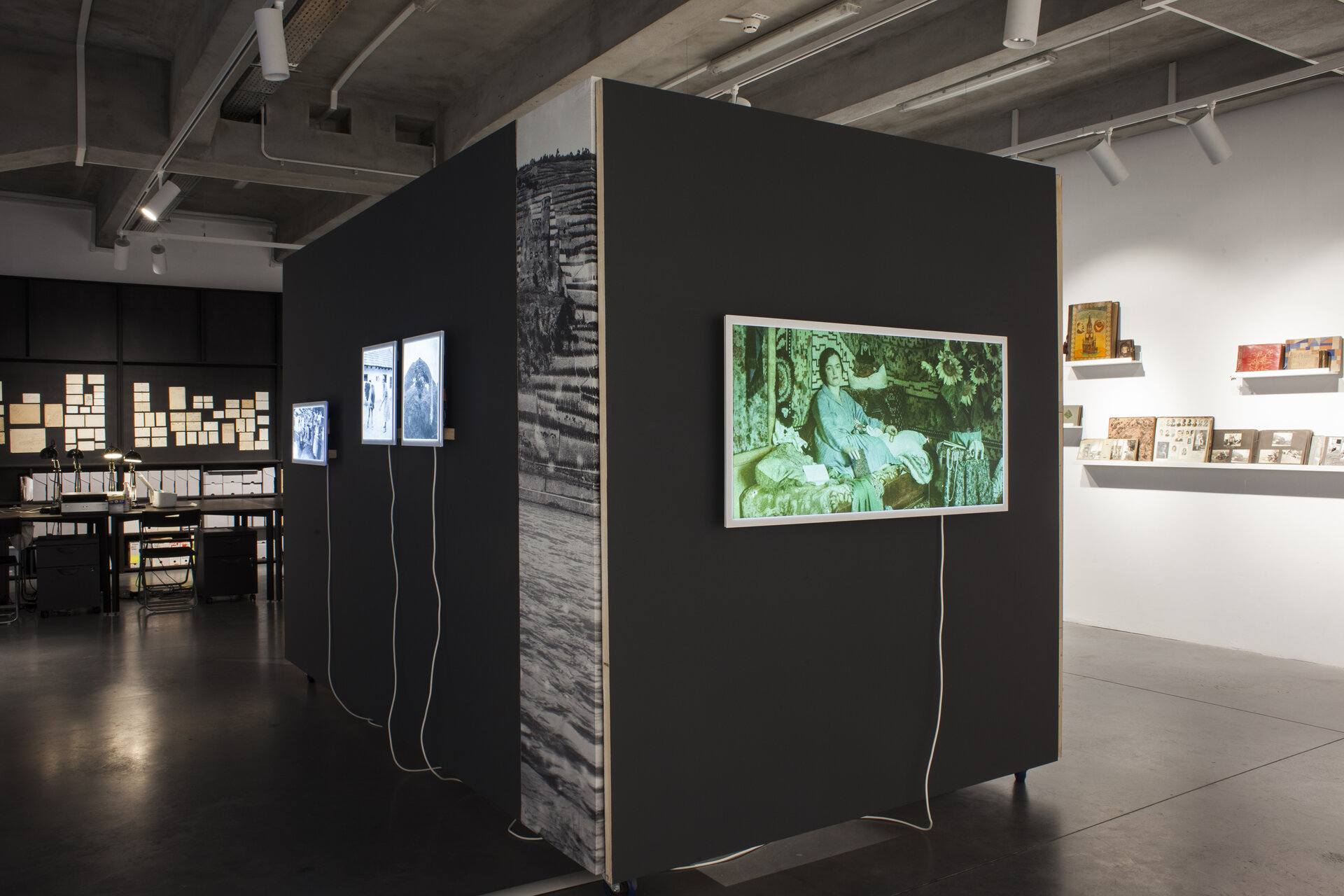 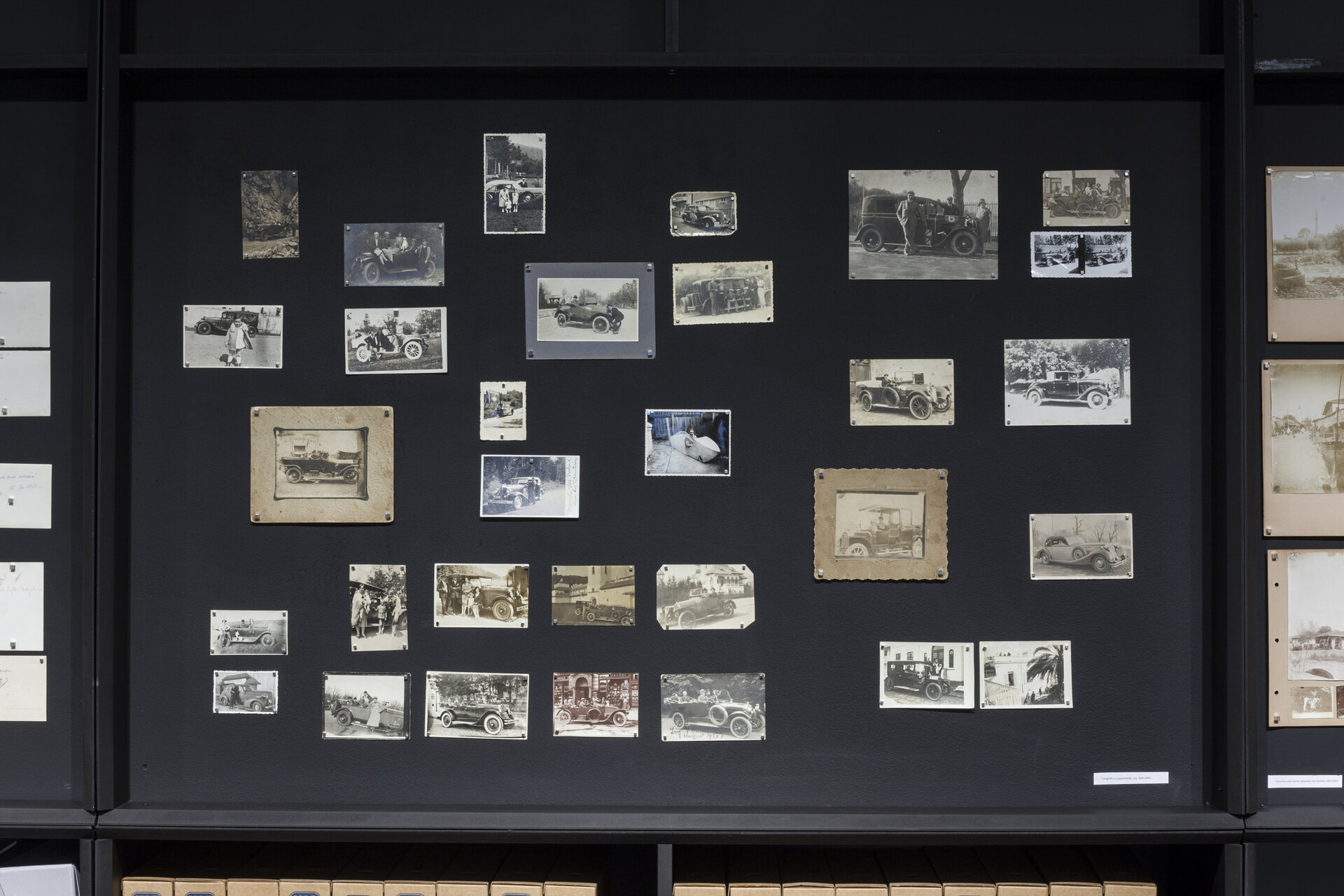