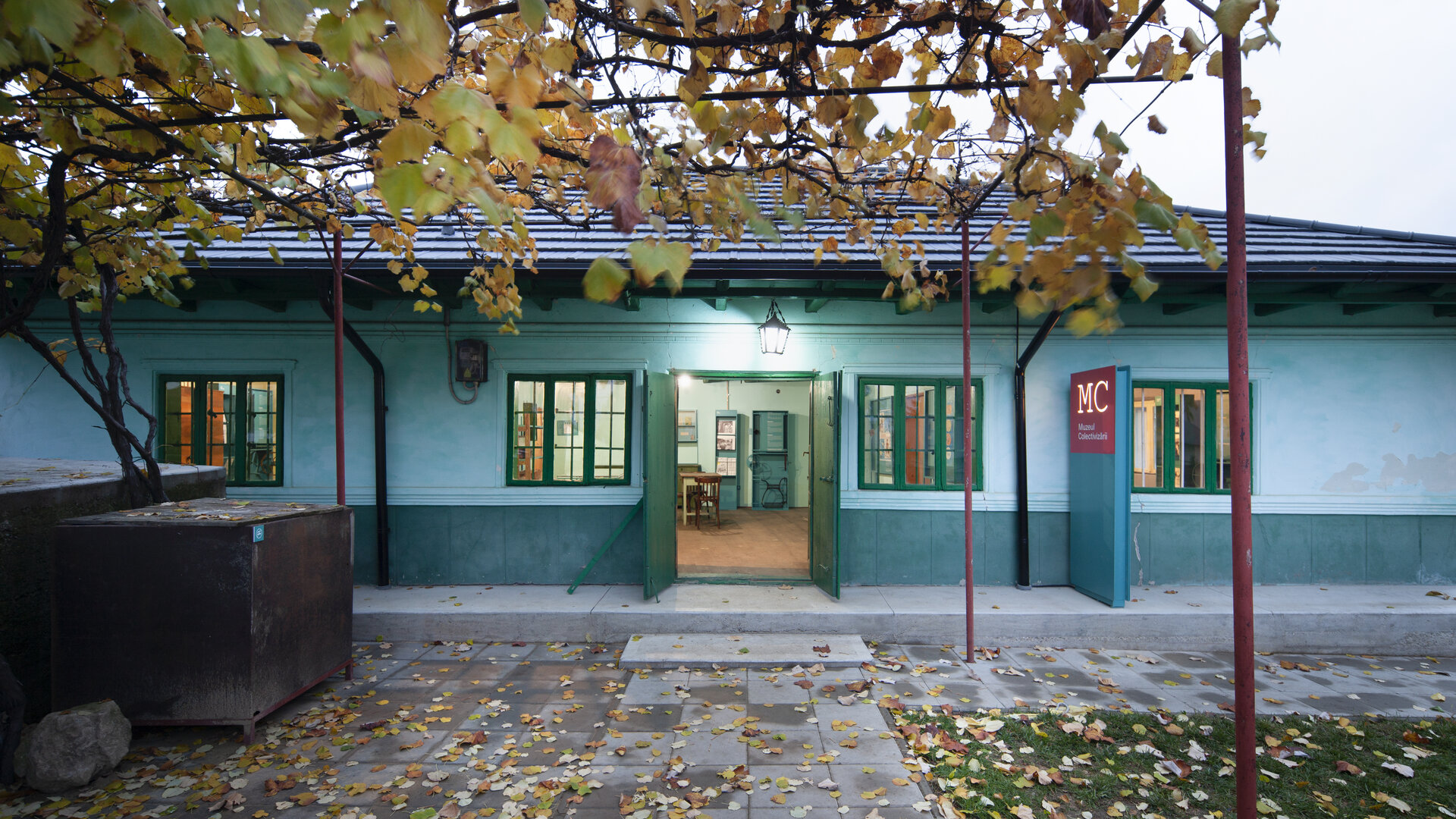 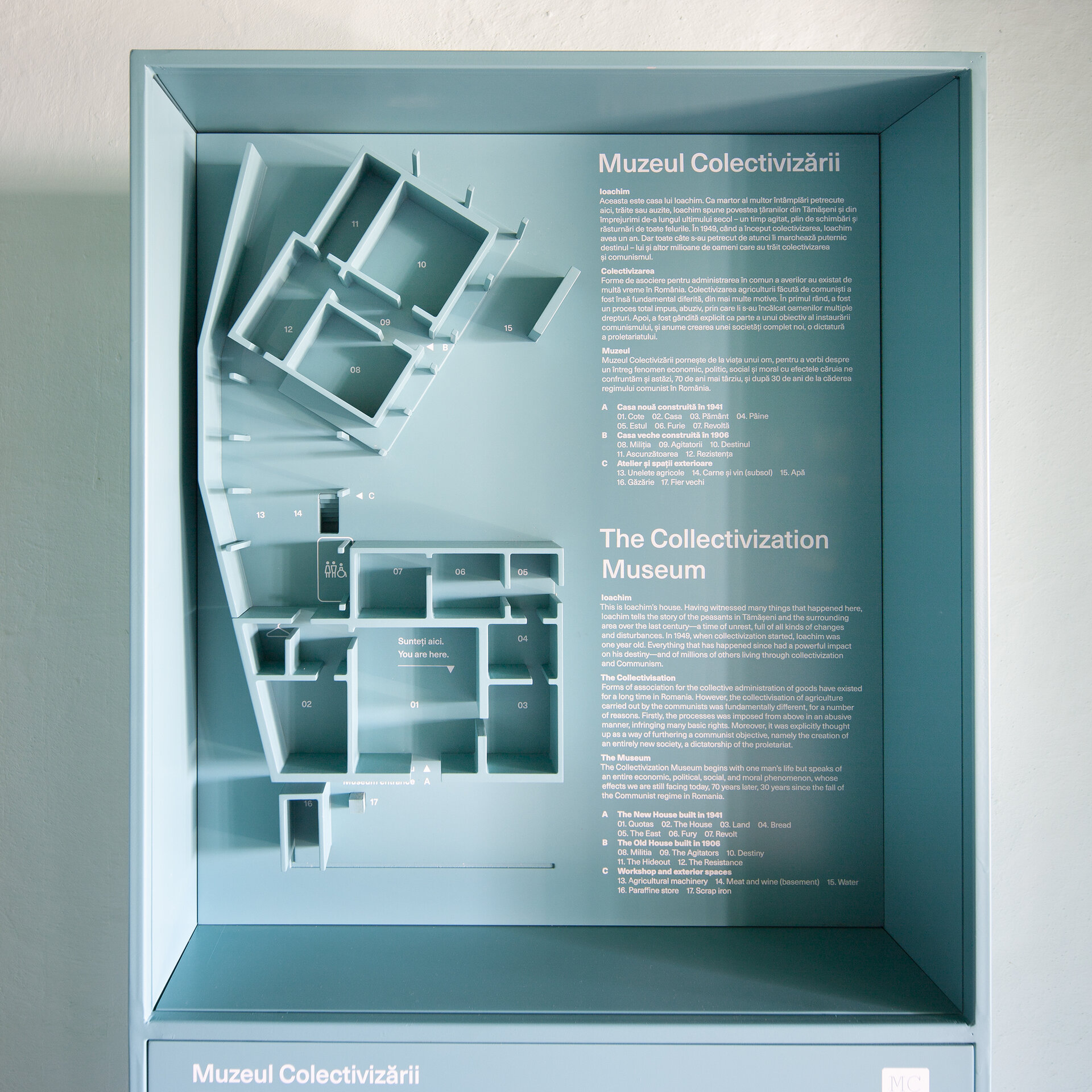 Setting the tone of the story was the most important. We considered that now, 30 years after the fall of Communism, we have the necessary distance for a less heated, calmer, more balanced outlook. In Tămășeni, we found two peasant houses, at a first glance no different from other thousands of houses in other hundreds of villages. But on a closer look, one can see bars on a window in the old house (where the Militia station once was), and the new house has a shop with street access.

The design decision was to leave the houses alone, as the finishes were the original ones, with the decorative wall painting in the Communist era, with woodwork and furniture collected over decades. We were careful to avoid any metaphor, any museification, any excess; to only preserve this brief impression of naturalness, as was the life of people under Communism. Beyond that, the absurdity.
The story of the houses and of this family is in fact a typical one, similar to many others throughout the country. The Purchase Centre for the Collective is used as a pretext to showcase the entire phenomenon of collectivist agriculture. The theme of this museum is structured on 18 distinct spaces (rooms in the two houses, annex spaces, outside spaces), with a specific theme dedicated to each space. These themes are: Quotas, The House, Land, Bread, Fury, Revolt, East, Destiny, Militia, The Agitators, The Hideout, the Resistance, The New Man, Meat and Wine, Water, Gas, Scrap Iron, Agricultural tools. The first 3 rooms were opened in the autumn of 2020 (Quotas, The House, and Land), with the rest of spaces scheduled to open over the next period.

For each theme, the curatorial discourse is organized on 2 different content categories, permanently presented side by side, through two interactive installations in each room.

The organization on two distinct discourses, an official, and a personal one, represents a re-creation of how the collectivization process actually took place, a process which 3 million people experienced differently. It also speaks of abuse and crimes, of enemies of the people and also of a normality of life in completely abnormal times. Sometimes, these discourses overlap, other times they are completely parallel or even contradict each other. The visitor of the museum is invited to permanently confront the two discourses, to engage in their own quest on different levels of reading and complexity, and to make their own connections between the stories and the events.

This is precisely the visiting experience that the museum suggests: not only to provide information, but especially to create relationships. The avoidance of explanations, of over-interpretations, but also of the didactic tone, leaves place for discussions. This museum wishes to engage its visitors in dialogue, to trigger remembrance, to make people talk, acknowledge, understand, ponder, and at the same time to contribute to telling the story of the Communist past. But the discussion is not only about the Communist past, the narrations do not only tell a historical tale, but they influence the very way how this story is told and how we relate to it in the present. There still exists a Communist obsession, radicalizing people’s opinions, making them fail to listen to each other. A discussion of profoundly unjust times can also help affirm the democratic values in today’s Romania. And maybe even recover a culture of being together, because we choose to do so. 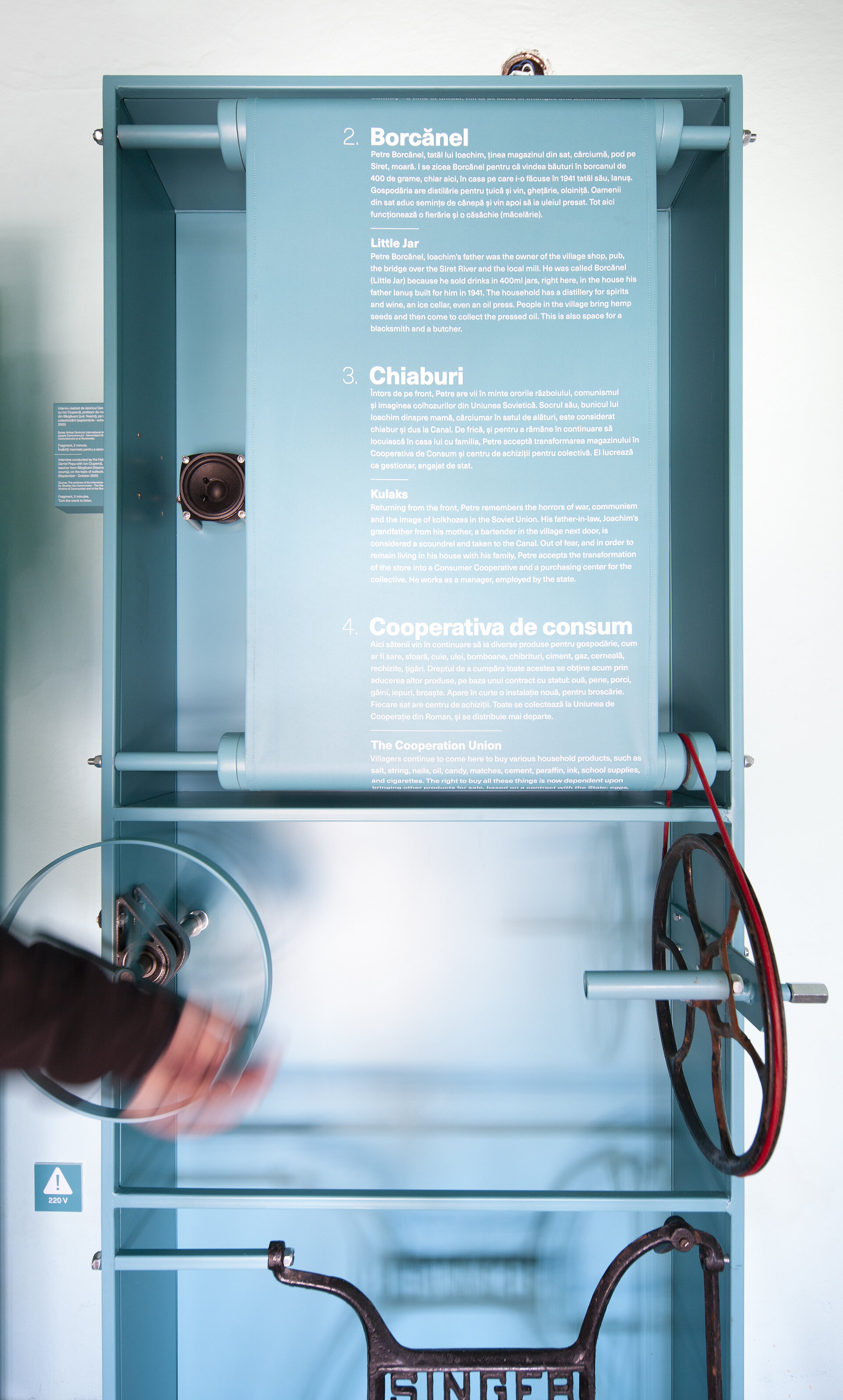 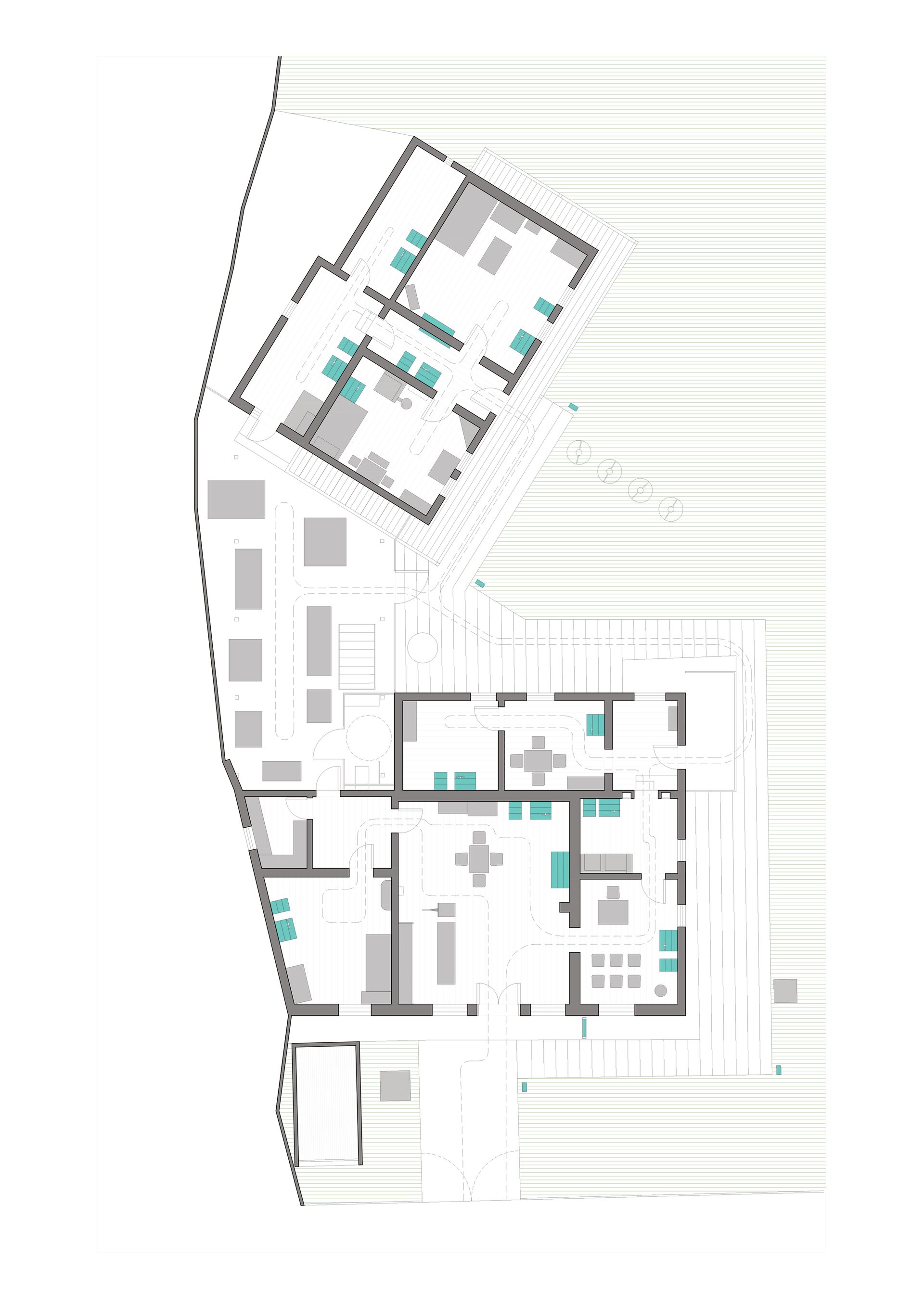