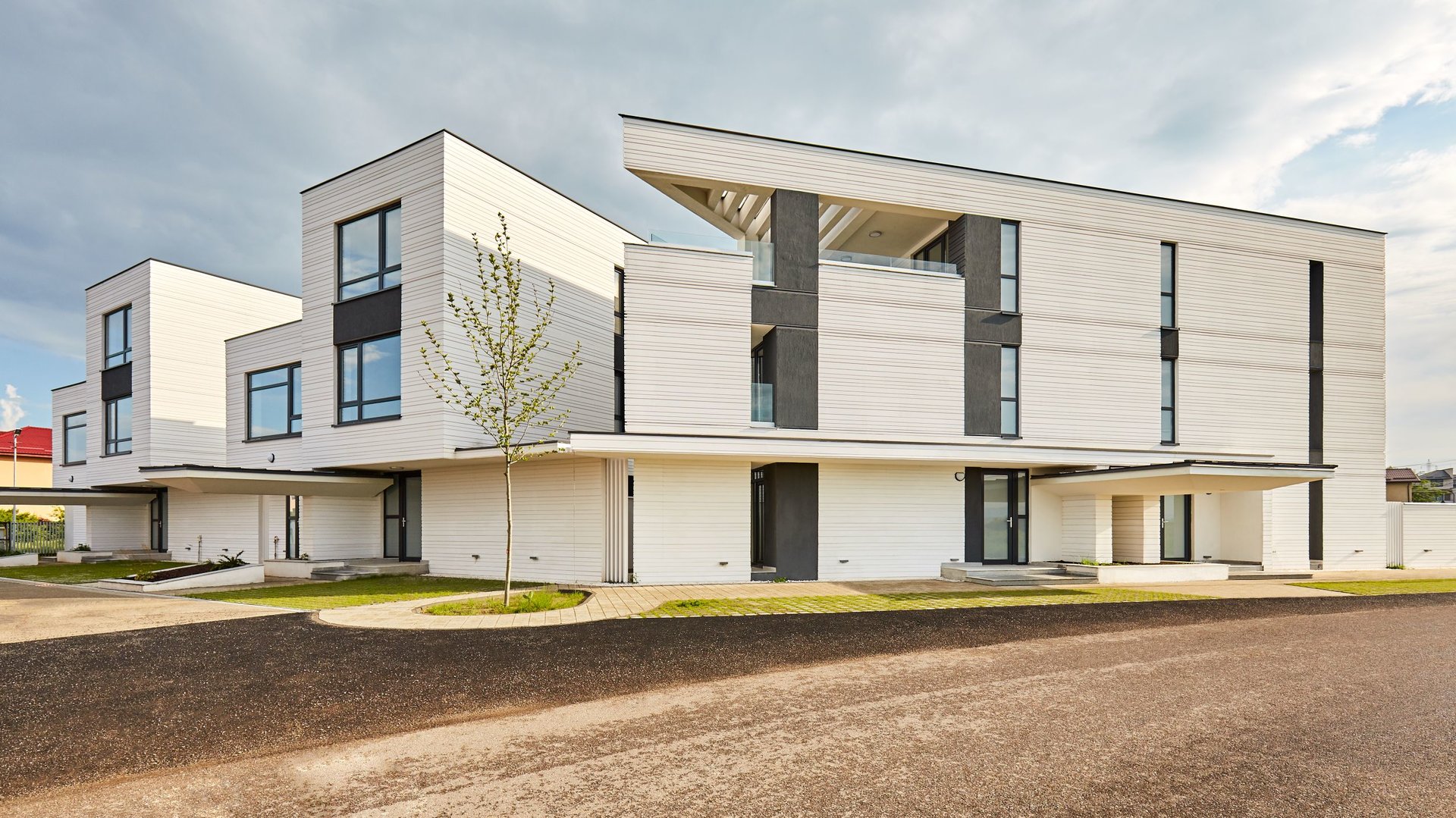 The Albert Quarter is a new residential area, developed in recent years in the N-V area of Ploiesti and in Blejoi. The proposed ensemble is positioned in the close neighborhood of a future community pole where it is planned to build a park. The project provides 6 accommodation units of 3 and 4 rooms, duplex, with a variable height P + 1 - P + 2. We have been pursuing a step-by-step transition from public to private, encouraging interaction among community members, but also opening up to the urban life that is now being formed in the area. The three building bodies form a unitary and coherent ensemble with a simple, white volume game that amplifies the with the façade texture and the light and shadow effects, resulting in a dynamic perception of the whole ensemble.

The project works well with a corner plot, avoiding fences towards the street and thereby having an open an permissive attitude. The jury liked the fact that it doesn’t have opaque gates, and also appreciated it’s porch, which creates a positive relationship with the context.