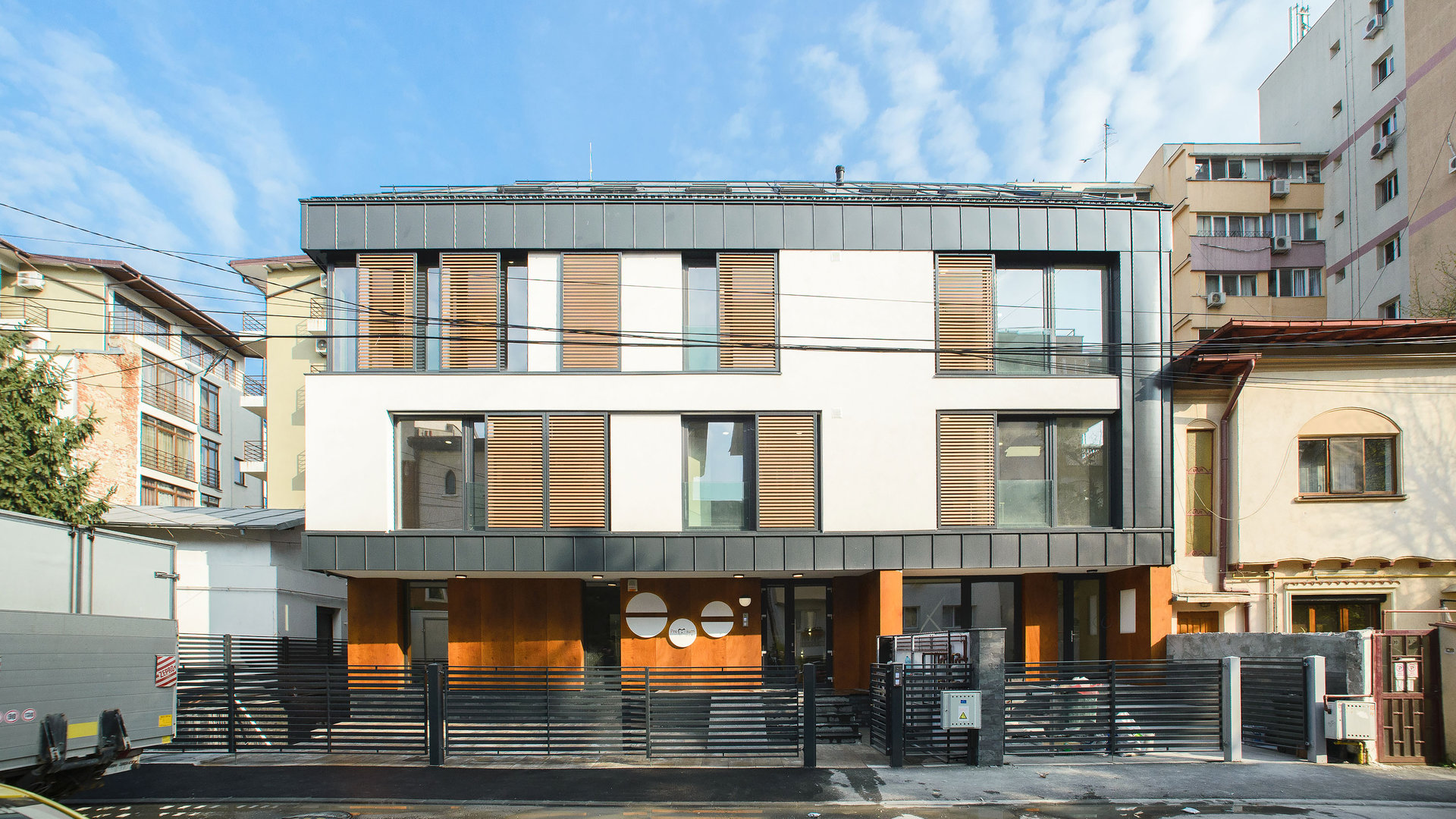 Two distinct lots, with different owners and two houses in an advanced stage of degradation. Considering that the road entrance to one of the building lots was under 6 meters, we wanted to build a single building by joining the two lots and creating a facade in the same concept. We have hardly managed to convince the owners of the two lots to build a unitary building, considering this beneficial approach for the whole. Later we made a PUD (Detailed Urban Plan) to regulate this solution. The building has a mixed function, medical office, office and housing.