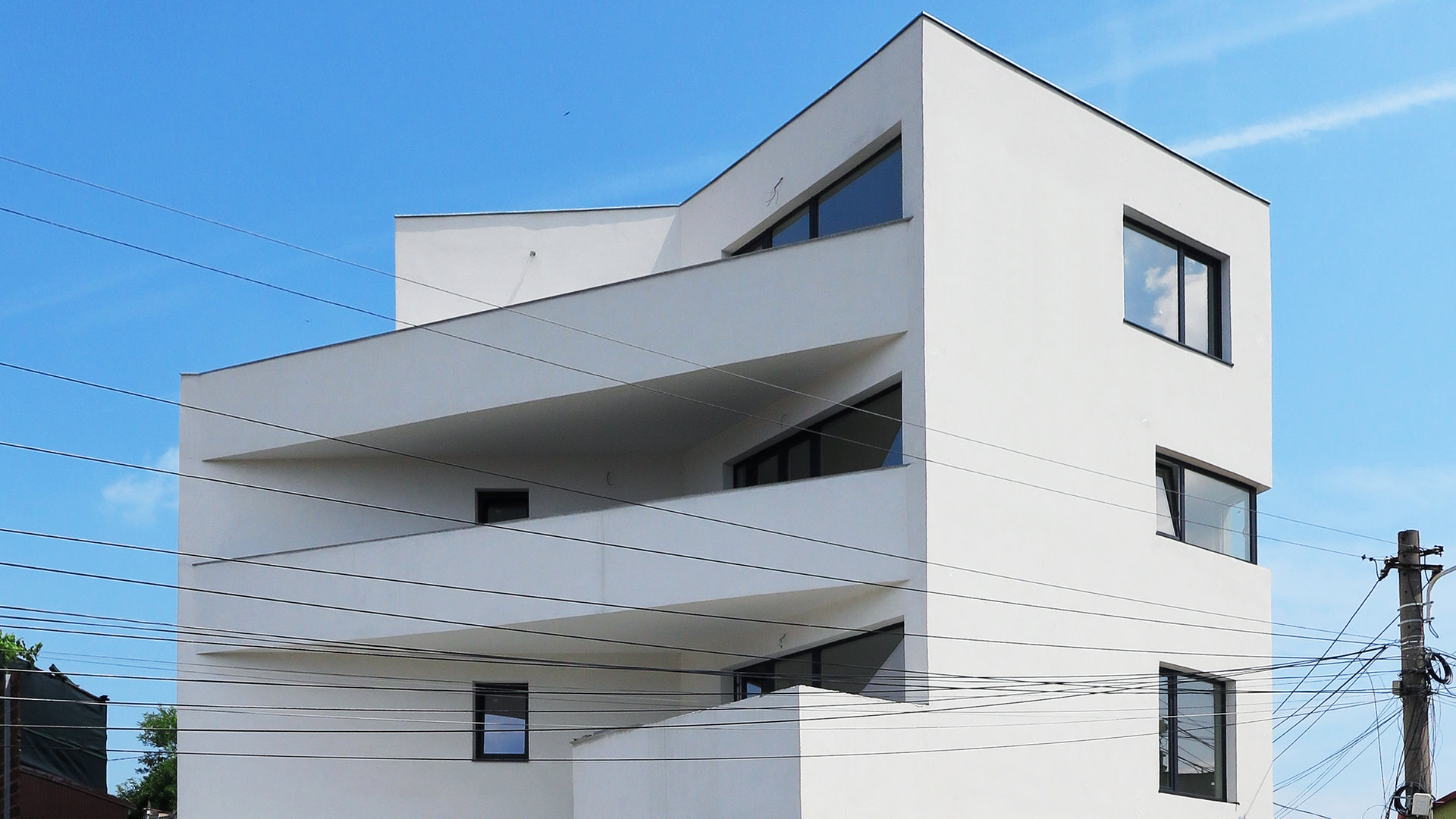 Project Collective housing Plot area = 240 sqm Total built area = 382 sqm Corner architecture has always been a pretext to experience forms, accents, and landmarks. There is always a dilemma if the place on the corner is to be marked or emptied. After all, the building was positioned exactly on the propriety border of the corner. The building, which includes four apartments and a small headquarters, is located at an intersection near "Piata Gemeni", in a poorer but quiet neighborhood and with diverse architecture. The shape of the land generated, as usual in Bucharest, an architecture that attempts to get stuck on boundaries, to mark its 'favored' position, but also to integrate with the surrounding houses. It was attempted to maximize living space by building a lowered yard on the basement floor, the cars finding their place on the ground floor. Generous terraces compensate for reduced interior spaces and participate to the design of the facades, as well as the disordered rhythm of voids, which are also placed on the edges of the house to alleviate the mass of the corner and create a kind of possible penetration of the view through it.

The project manages to handle a very difficult context in a central part of Bucharest, surrounded by heritage houses. The choice of materials for the facade also shows a very sincere approach which contributes to the resulting image which was appreciated by the jury.