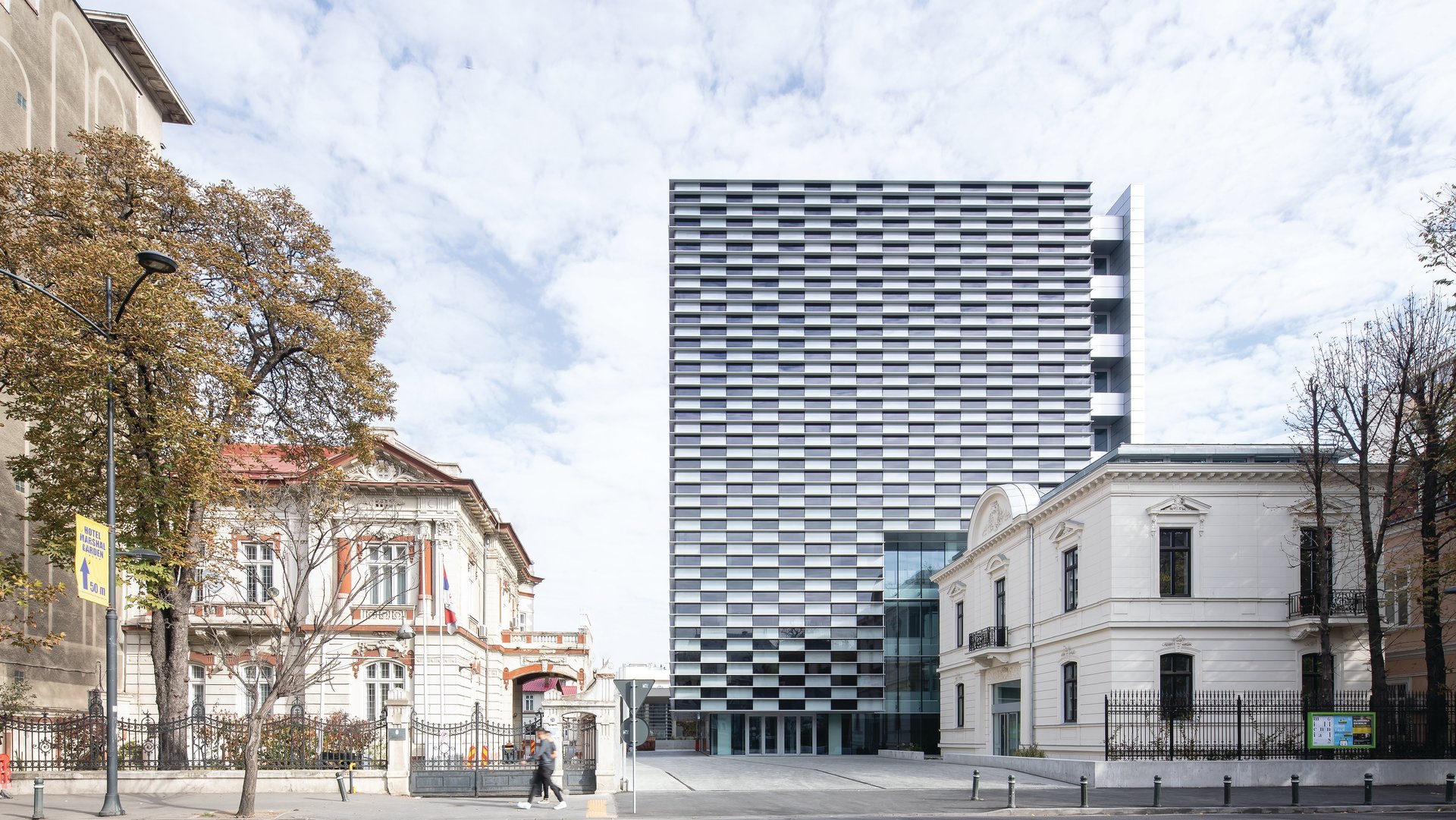 Office Building, 32 Dorobanți Str. In an architecturally heterogenous urban area, the project deals with two correlative themes. The first looks for a connection between the historical strata with divergent scales and styles: i.e., current villa in relation to the new building, which will allow for its independence and visual protection. The second seeks to enhance the place potential, emphasizing the urban structural characteristics of the space: i.e., continuity between the new building and the courtyard across the street.

The project offers a very good urbanistic solution of combining the old building into the project. The facade of the new building has an homogenous texture, but from the interior looking out, the view is not blocked. The jury remarked the architect’s resolution to keep the old building and convince the client not to demolish it. The decision to build the library in the back of the plot, but still in a good relationship with the rest of the project was also appreciated.