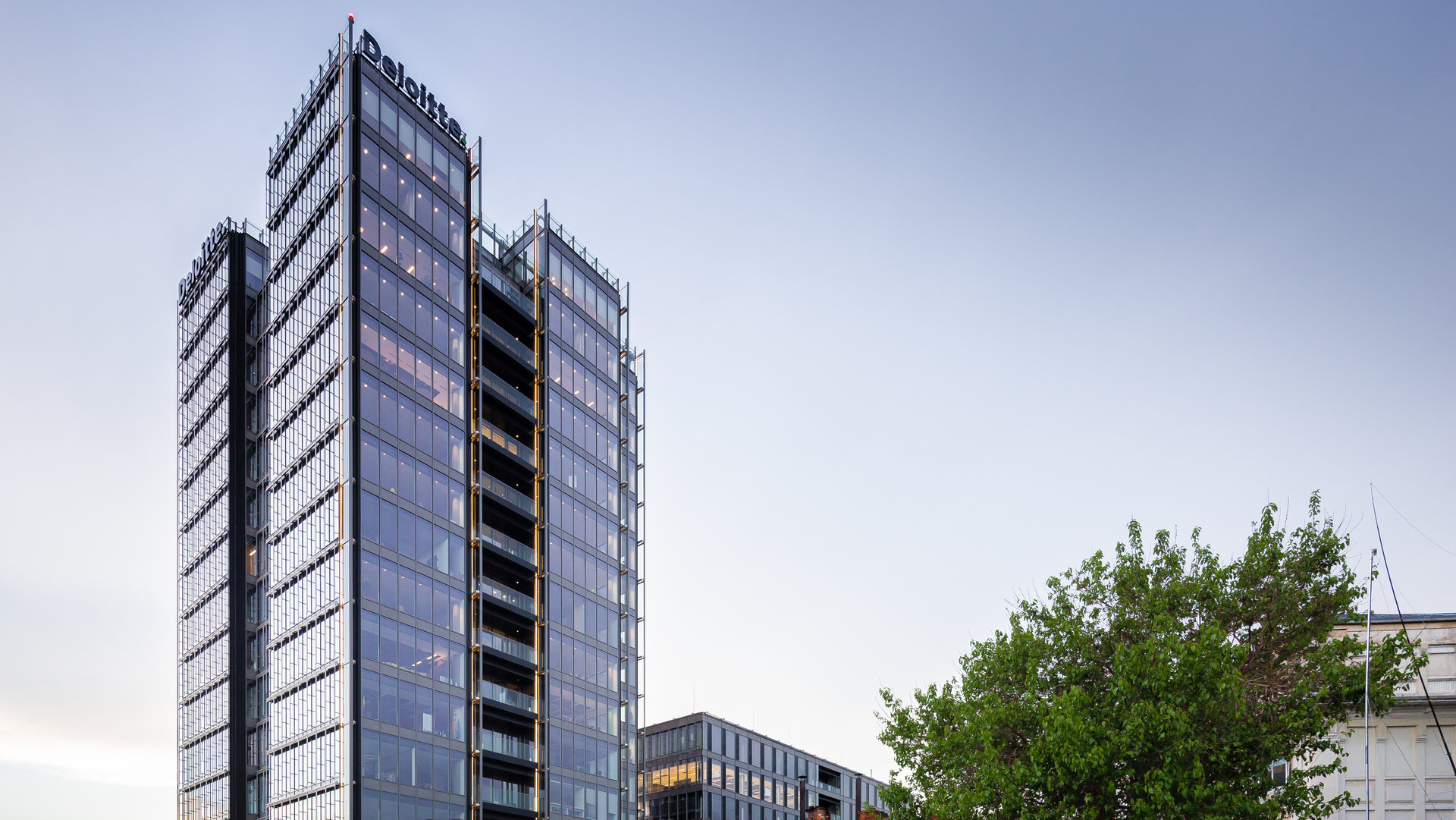 Through its corner position on Buzești street and Calea Griviței, The Mark contributes to the area’s office look. The complex consists of a 6 storey Podium and a 15 storey Tower, with a total of 30.300sqm above ground and 15.200sqm underground, with 297 parking spaces. The facades, consisting of double-glazed units with stainless steel shading, balance contemporary design requirements and user comfort with sustainable performances. The loggias, placed on each level, allow the users direct contact with the exterior. The shops on the groundfloor complete the building’s urban showcase.

The project is well done in terms of function and rigurosity. The jury found the relationship of the tower with the cut volume to be positive, and also appreciated the well designed plan featuring clever solutions for the stairwell. Two other strong points for the project are the way the facade changes with the sunlight as a result of the shading systems, and also the cuts that change the otherwise square shape of the plan.