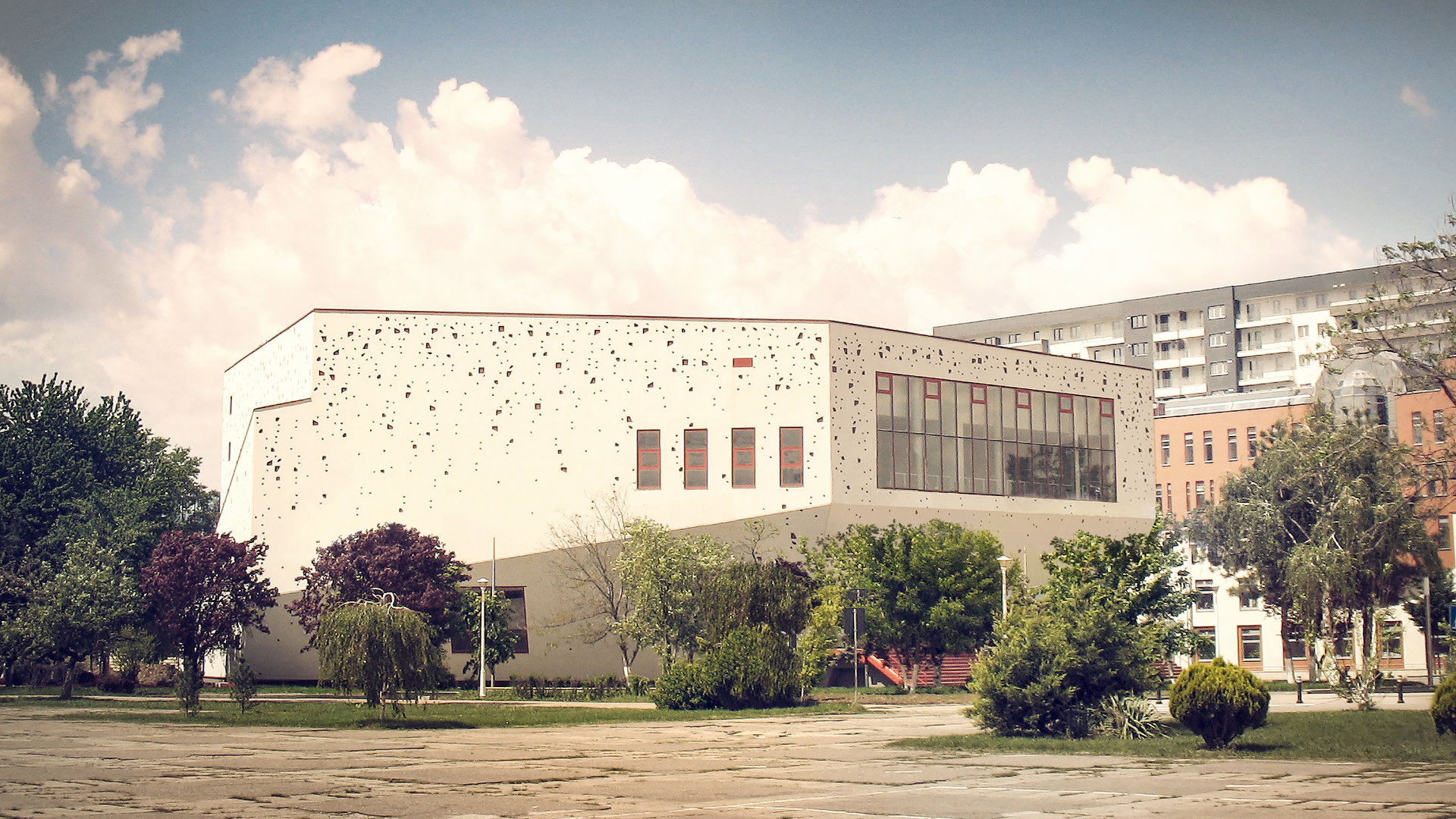 The building of the cultural centre is not aligned to the library. By the general withdrawal and the canting of the main facade, it opens the view to the Rectorate and to the Faculty of Entrepreneurship and leaves room for a public space towards the main alley. Behind the construction, another empty space will serve as a parking. The building is only aligned to the campus’ grating on one of the sides, the one towards the library. The stronger connection to the latter was, indeed, one of the project’s important elements. Up to a certain point, there was also the idea of a gangway between the two buildings, but it was removed out of budget‑related reasons. The proximity and the orientation of several windows towards the library remained—a rather symbolic connection between two cultural buildings. Further on, however, we reinterpreted the positioning and the ambiguity between the object and the fabric that shapes the other buildings in the campus. Here, the building really is an autonomous object, a polyhe­dron placed on a free and public ground. On the one hand, we found that such a particular volume would have needed a bit more space around it. On the other, the departure from alignments and the reduction of the perimeter suggests one's possibility of strolling around it, as well as a more dynamic and more powerful connection between the espla­nade and the west side of the campus. Another advantage lies in the integration of the various spaces and surfaces, and in creating a public landscape. The new square (whose centrepiece is a fountain overlooking the cultural centre) climbs, through a package of monumental steps, to the main entrance, but is also moving slightly towards the underground floor, thus opening the cafeteria on this level to the light and to the public space of the campus. The flower boxes in the square, the fountain, the mineral surfaces, the main stairs, the green spaces, or the tiers to the cafeteria, define particular places within this newly‑created public space. The building's spatial, structural, and symbolic nucleus is the concrete cylinder which hosts the hall. The structure of the walls and ceilings around the ring are hanging from it. The inside of the hall is mostly determined by the aesthetic and functional integration of the requirements concerning acoustics, visibility, evacuations, flexibility.