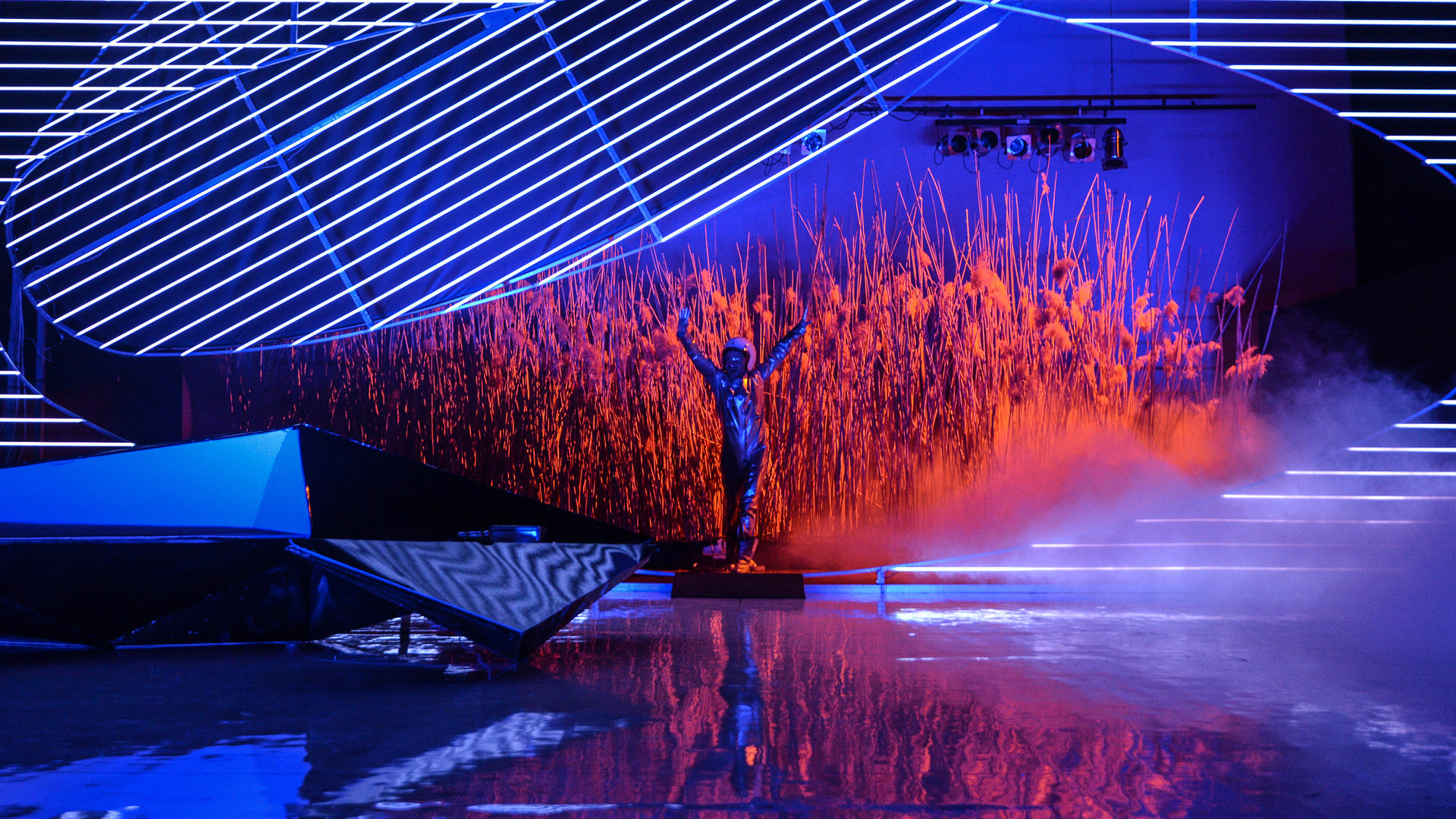 The action of the play takes place in a hyper-modern and minimalist setting, in a space beyond space and time, on "Hedda’s" planet. Dominated by a gateway with 2 kinetic screens ( a led screen and a projection screen) which generates a multitude of images that extend the stage virtualy, the space has a cosmic air (the piano / sofa has the shape of a space ship, the costumes of the characters, props etc). A gun, a plush teddy bear and an oversized sphere are metaphoric objects that add meaning to the space and play. The multimedia elements and the abstract design of the stage are in contrast with the intervention of the natural world represented by the corn field where the actors enter the stage.