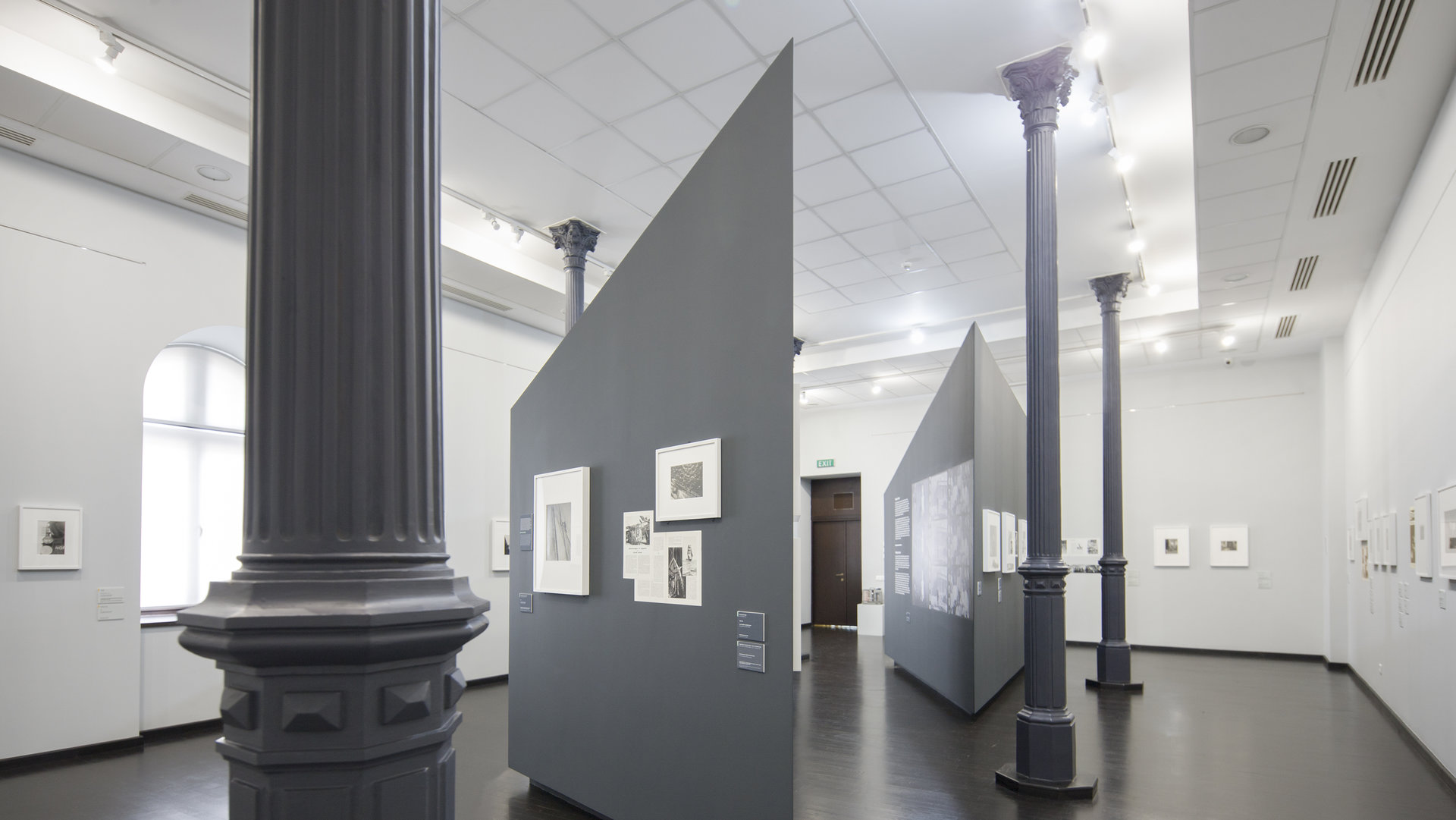 The photographer and French filmmaker of Romanian origin, Eli Lotar is one of the most important representatives of the Parisian avant-garde. Spatial discourse highlights the curatorial concept for an intense and suggestive exhibition experience. The volumetry of the triangular prisms creates a path based on Lotar's photographs, bringing the type of narrow perspective, with tense lines, which the photographer encounters in his urban wanderings. At the same time, the design speculates the existing architectural details of the museum, the iron columns being interpreted as street elements.