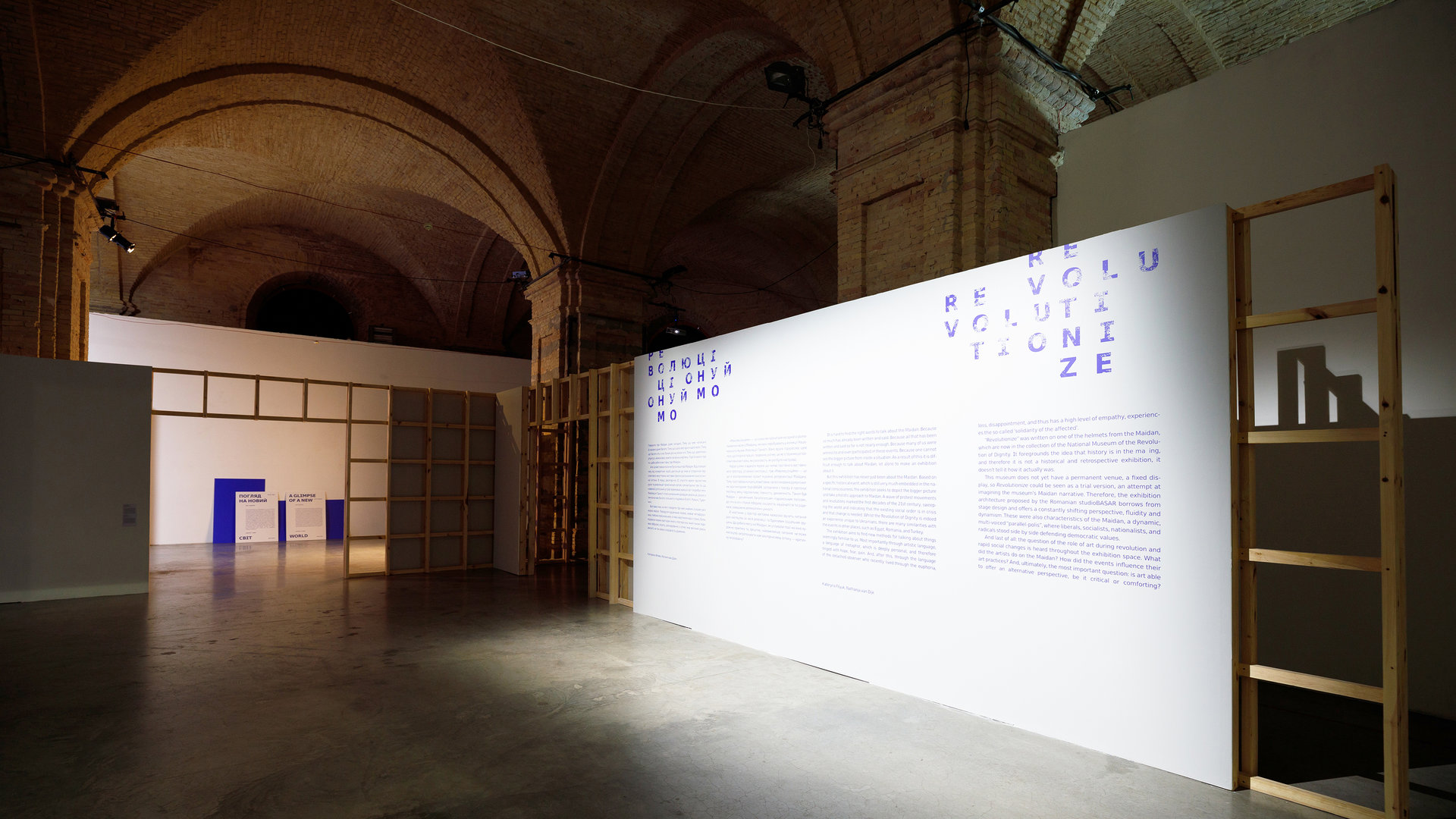 HISTORY as SPATIAL (Re) CONSTRUCTION The art exhibition marks the 5th anniversary of the Revolution of Dignity (Euromaidan) as well as the 15th anniversary of the Orange Revolution in Ukraine. The design aims to spatialize the continuous (re)construction of the history usually seen as a singular and directional narrative. By introducing partition walls through the existing spaces of the historical building of Mystetskyi Arsenal, a series of smaller interconnected spaces are created. These spatial situations are acting as a framework for the construction of multiple temporary stories that emphasize the diverse interpretations and visions of the artists.