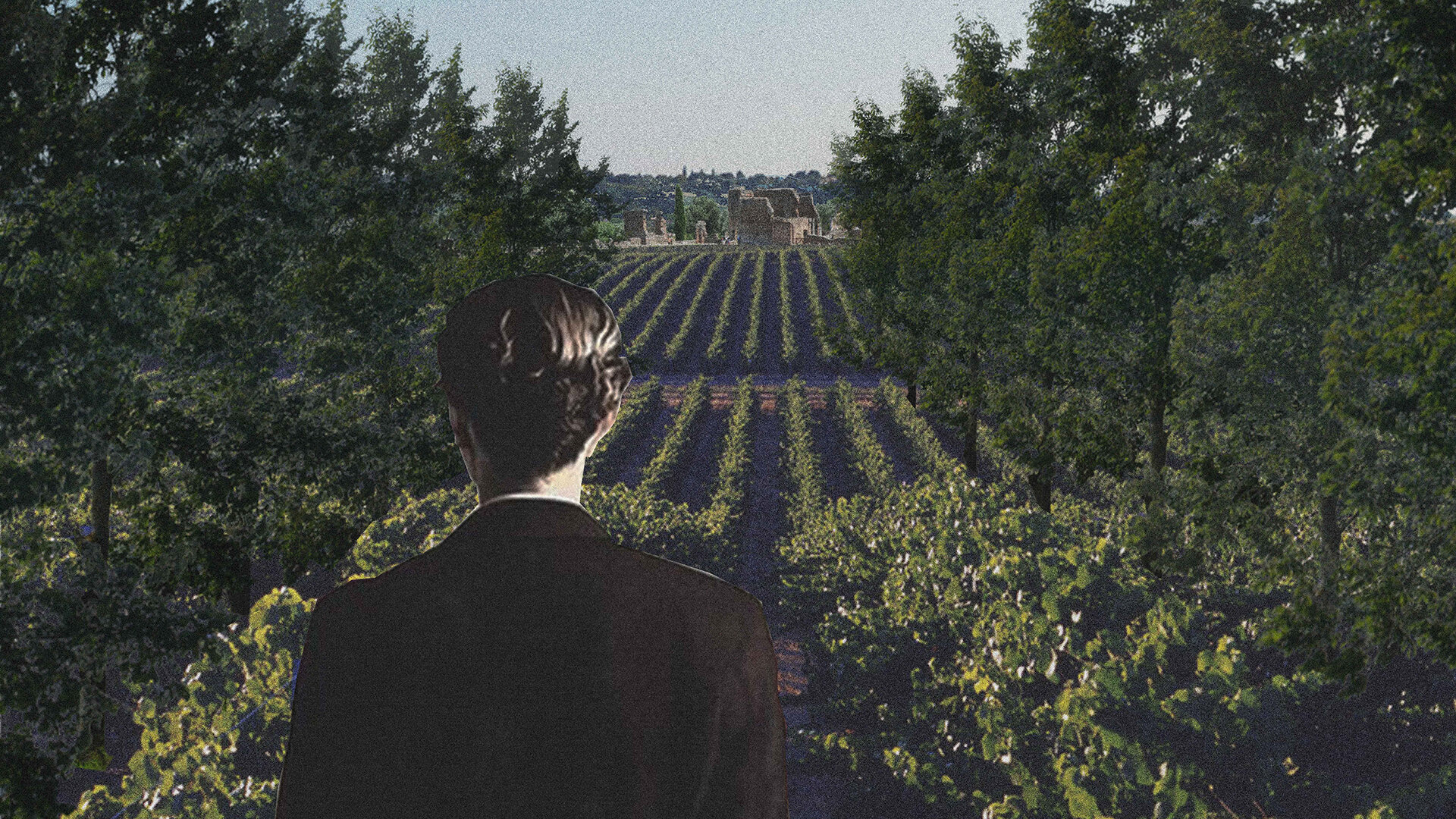 In 2018, Accademia Adrianea di Architettura e Archeologia in partnership with Istituto Autonomo di Villa Adriana and Villa D'Este organized the international competition "Designing the Unesco Buffer Zone - Call Internazionale di Progettazione per La Grande Villa Adriana" dedicated to architecture universities coordinated by heritage specialists. The competition included several selection stages and the UAUIM team was selected to participate in the final phase, with active participation in Rome and Tivoli. Along with the university's representatives, the Italian architect Danilo Vespier (Vespier Architects - associate of Renzo Piano Building Workshop, for over 15 years) was involved. In addition to the team, an essential role was played by collaborators from the country and abroad for various specialized areas (archaeology, landscaping, interior design) and a team of UAUIM students, selected according to their skills in heritage protection. Following the competition, a publication with all the finalist projects was published, presented at the Politecnico di Milano in June 2019.
The contest theme included three scales of intervention: the territorial management of the city of Tivoli (ancient Tibur, a satellite of Rome) with the inclusion of protection zones for the UNESCO ensemble Villa D’Este and Villa Adriana; the design of an urban forest park in the vicinity of Villa Adriana and implicitly the organization of an access device from the peri-urban area to the patrimony objective; architectural scale interventions on the old Antiquario in Villa Adriana, respectively the design of an ensemble dedicated to research in the field of restoration of archaeological sites.
The UAUIM proposal started from the spirit of the Prix de Rome competition, the protectionist promenades of antique dealers, troubadours of cultural values and the research of ancient objectives. The project aims to adapt the forms of Roman architecture to the contemporary needs of the museum-type space, a process represented through diagrams, of a methodical analysis. The river park becomes the antiquarian’s’ park, a place to study and walk, integrated in the Aniene Valley Nature Reserve.
Introducing the principle of permanent use, new ways of managing the urban project are presented in an integrated vision, starting from the society need to understand the interference with the contemporaneity. From an architectural point of view, this connection is identified, as in Heidegger’s symbolism, by a bridge building on which a lapidarium develops. The bridge reinforces the perspective towards the Horti and the river walk, becoming a main access point in the buffer zone. In this sense, 7 different landscapes are created, each one identifying a theme of Hadrian’s life.
At architectural scale, the new concept of a generalized museum will support the global development of the archaeological zone, introducing new methods of management, organization and appropriation of heritage. The lightness of the intervention, of the materials and the visible penetrability become factors that clearly express the space, similar to the rhythm of the surrounding nature. The monumentality of the vestiges can be defined by the full brick elements with “excavated” entrances that allow the access, increasing the size of the walls, while the architecture, built over the free space, requires the configuration of a structural system, based on the full-empty sequence, through an external light building envelope. 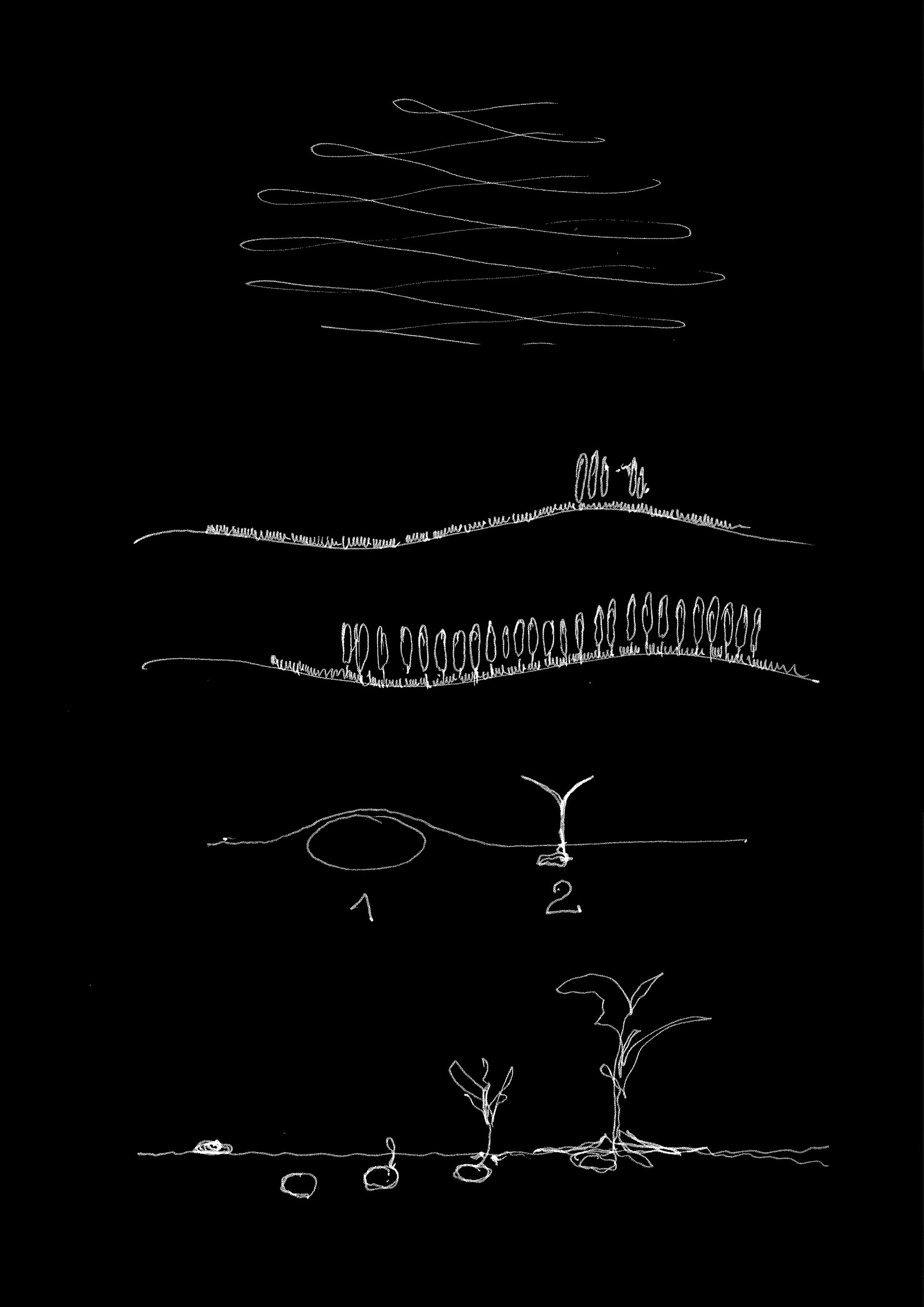 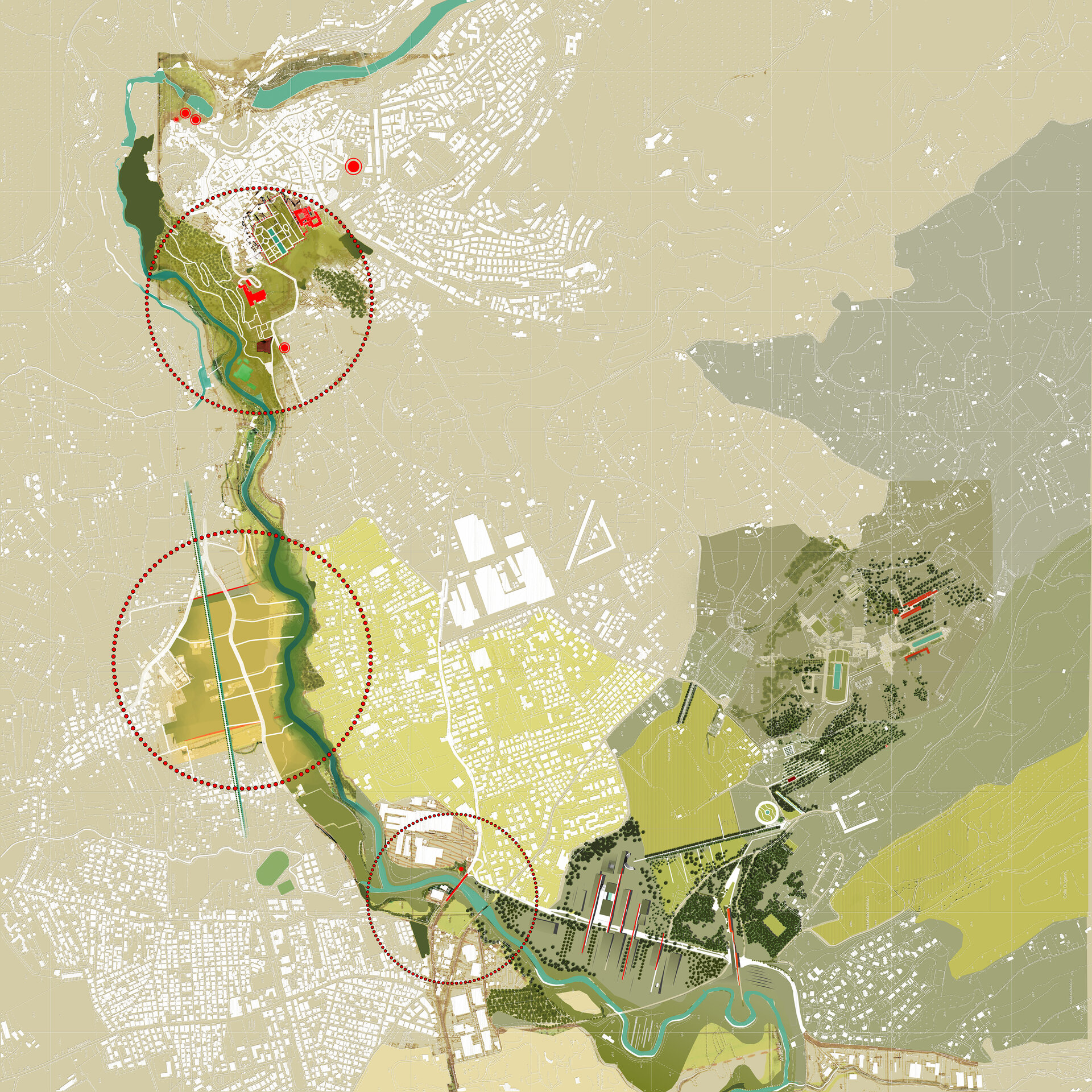 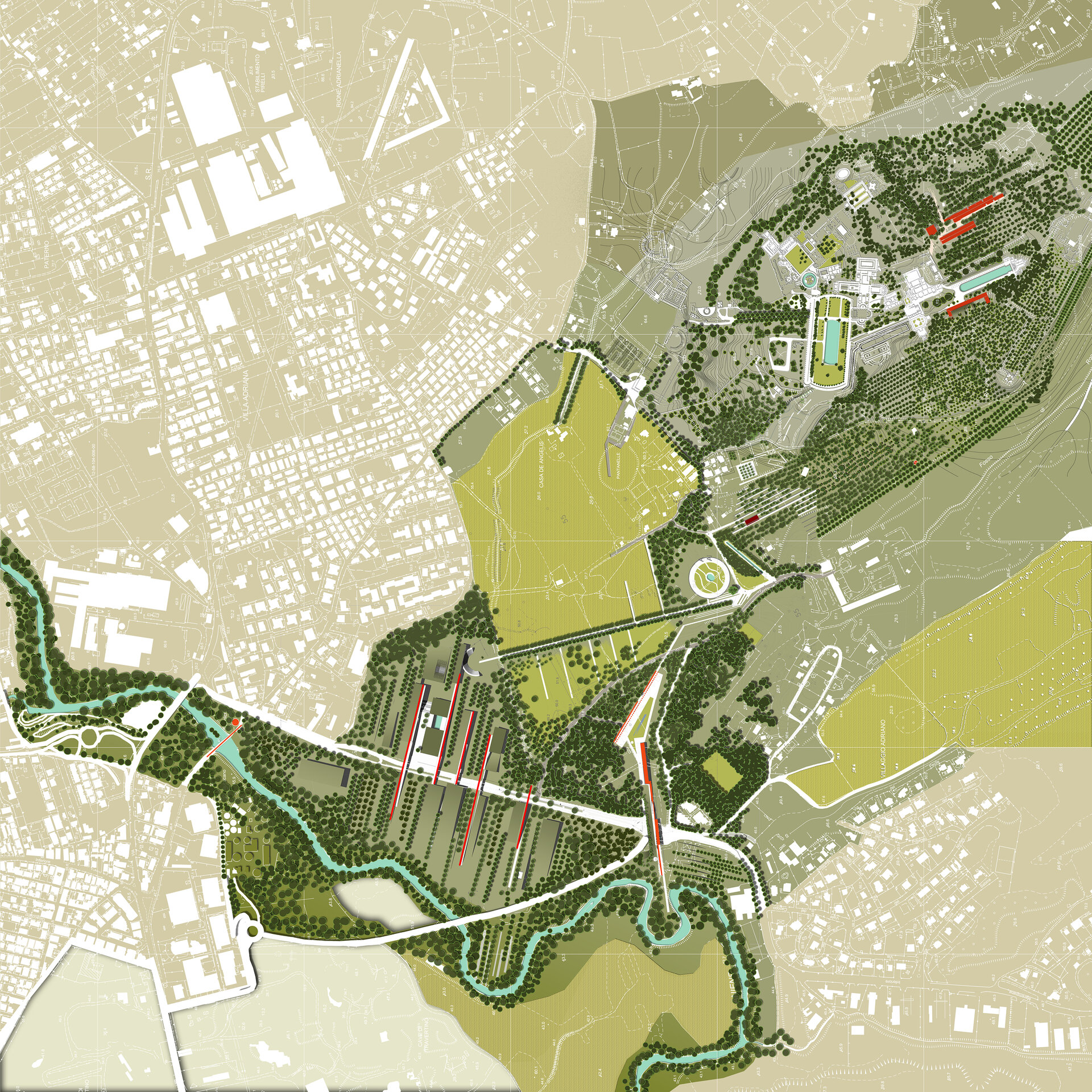 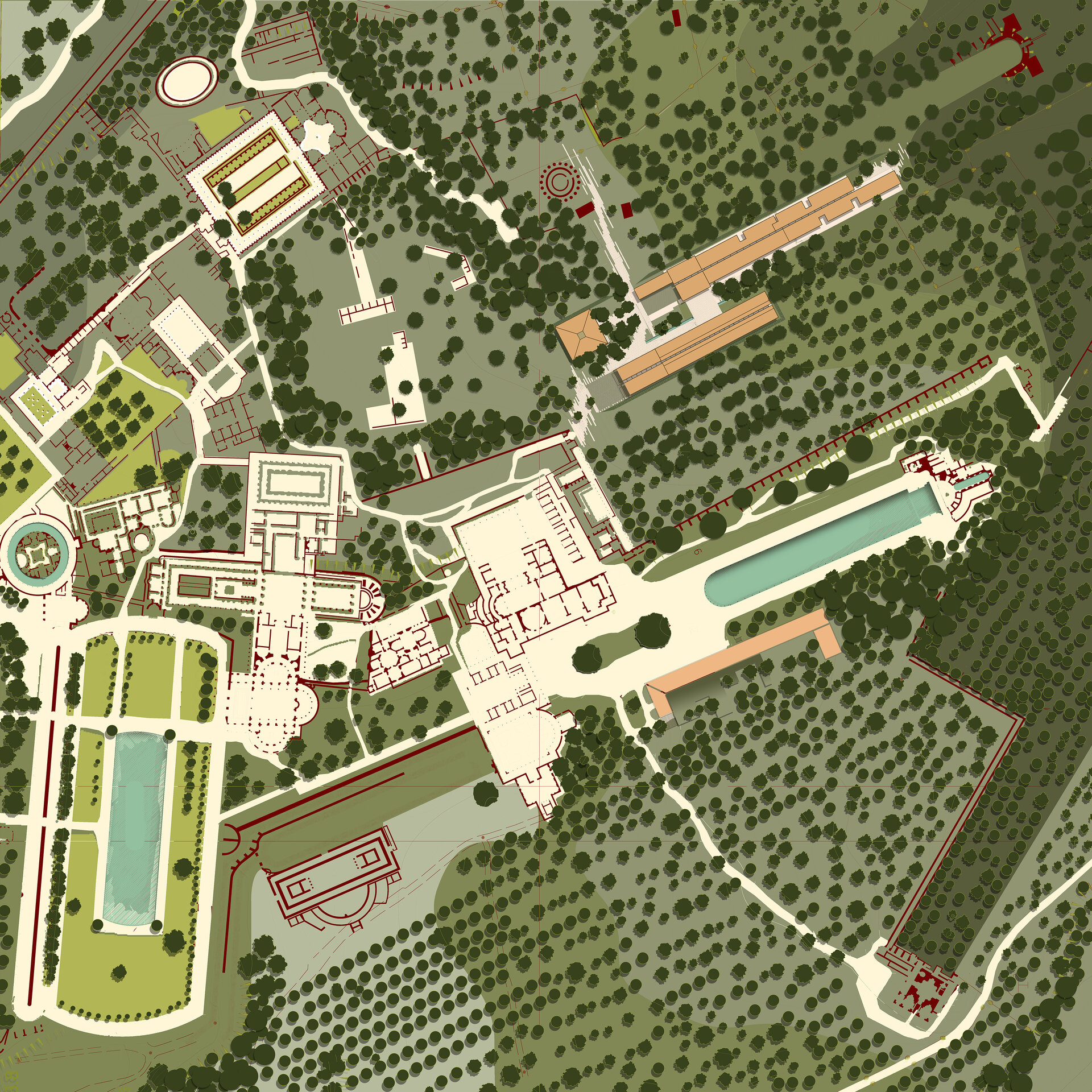 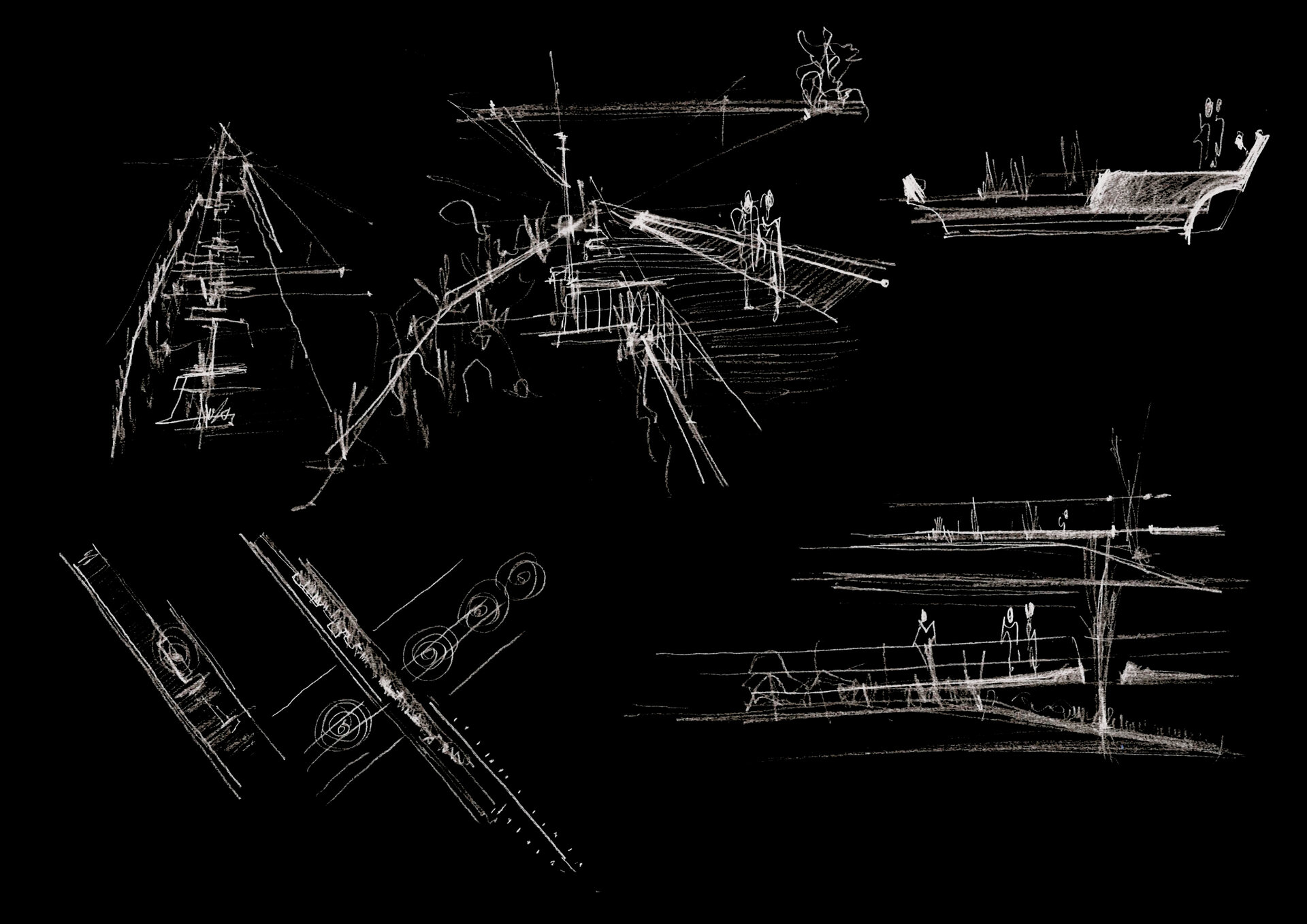 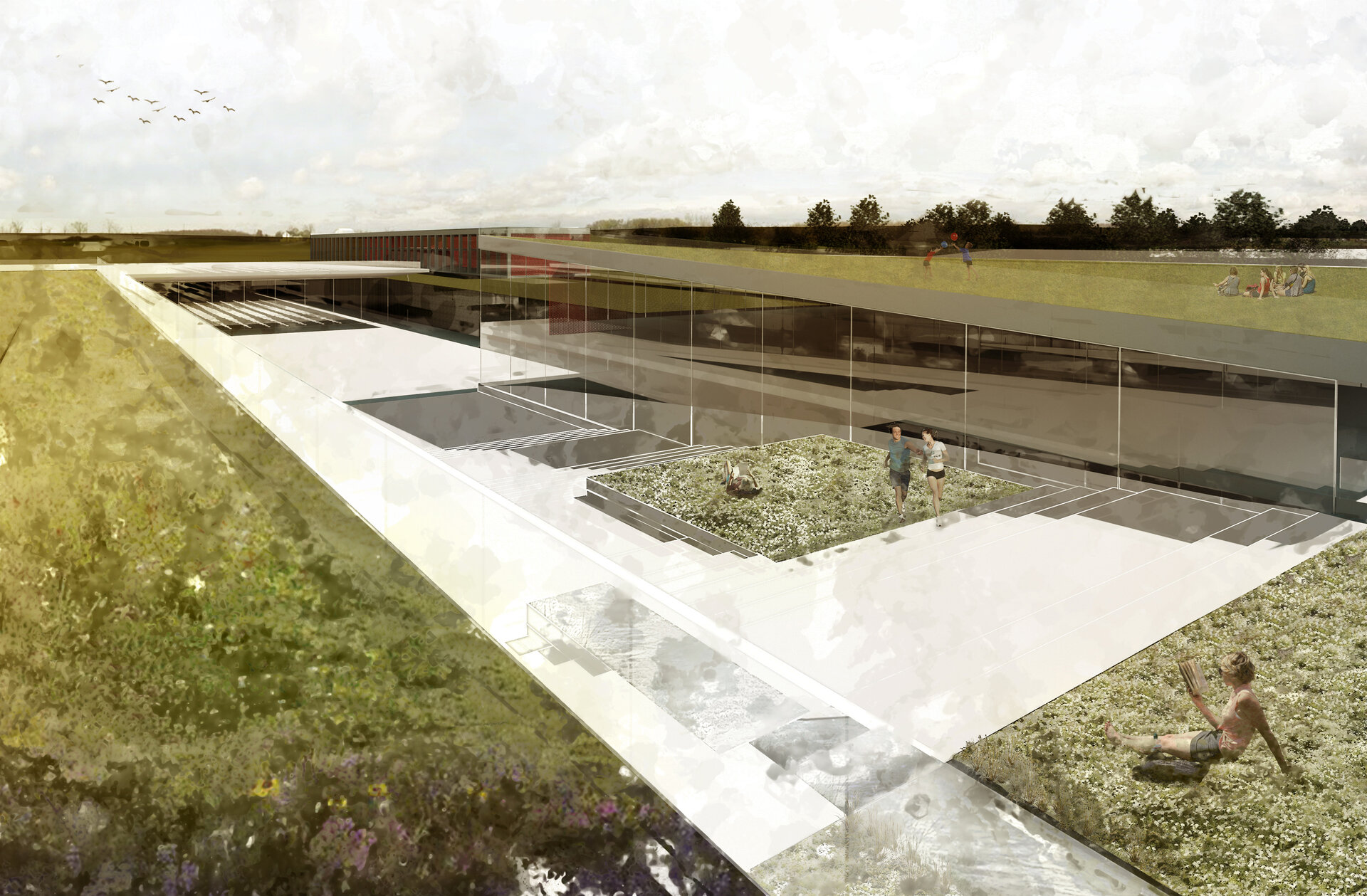 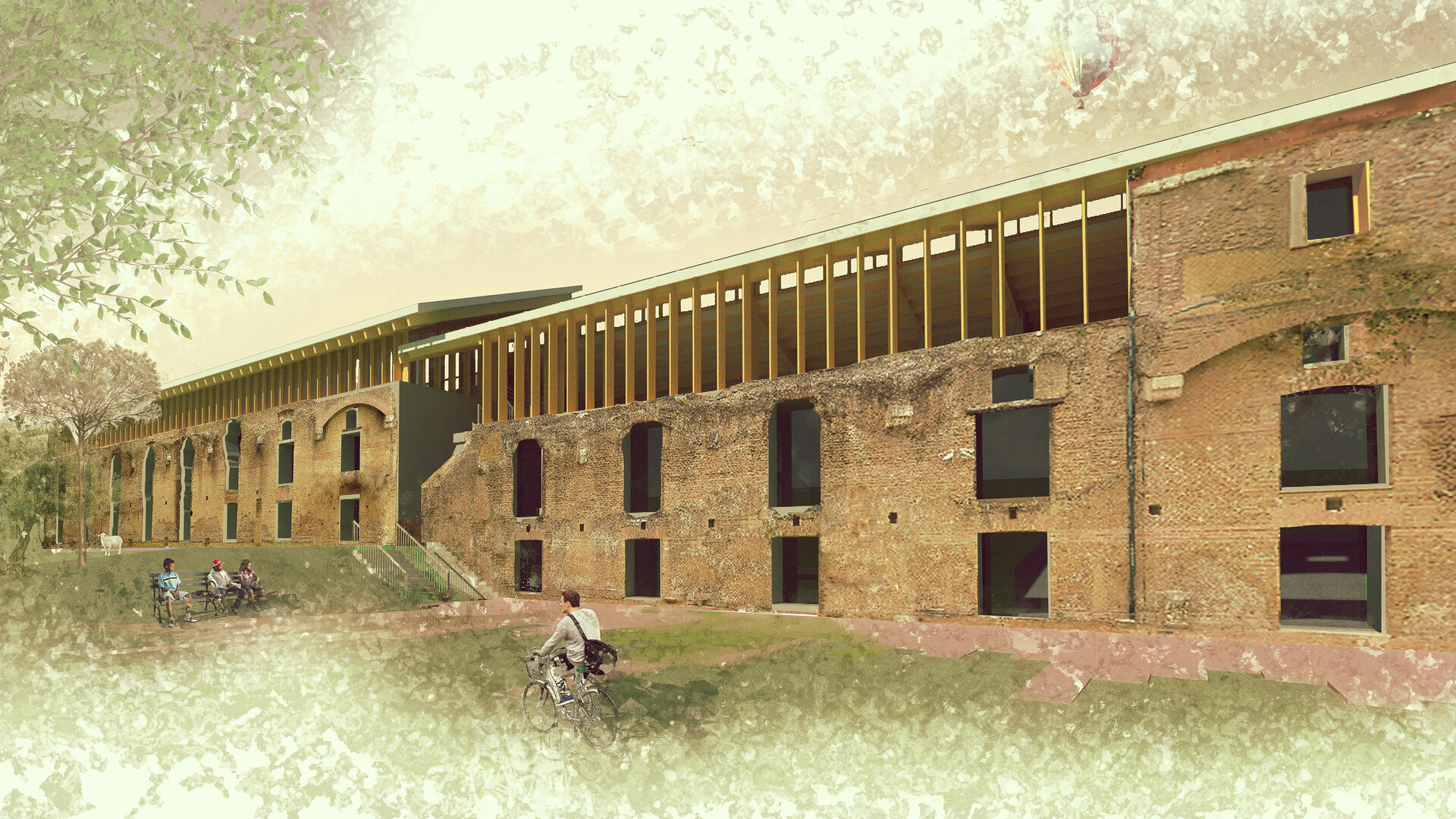 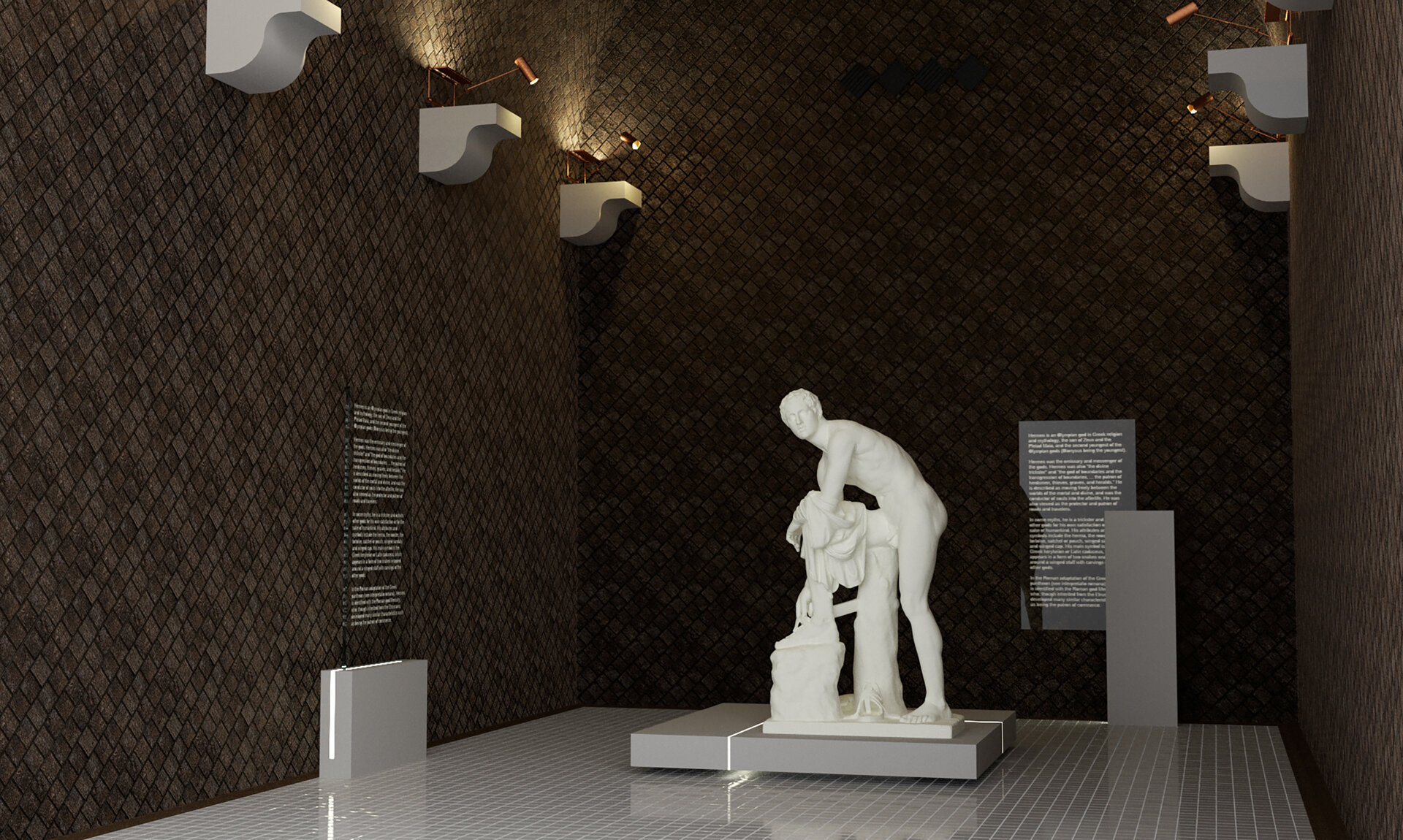 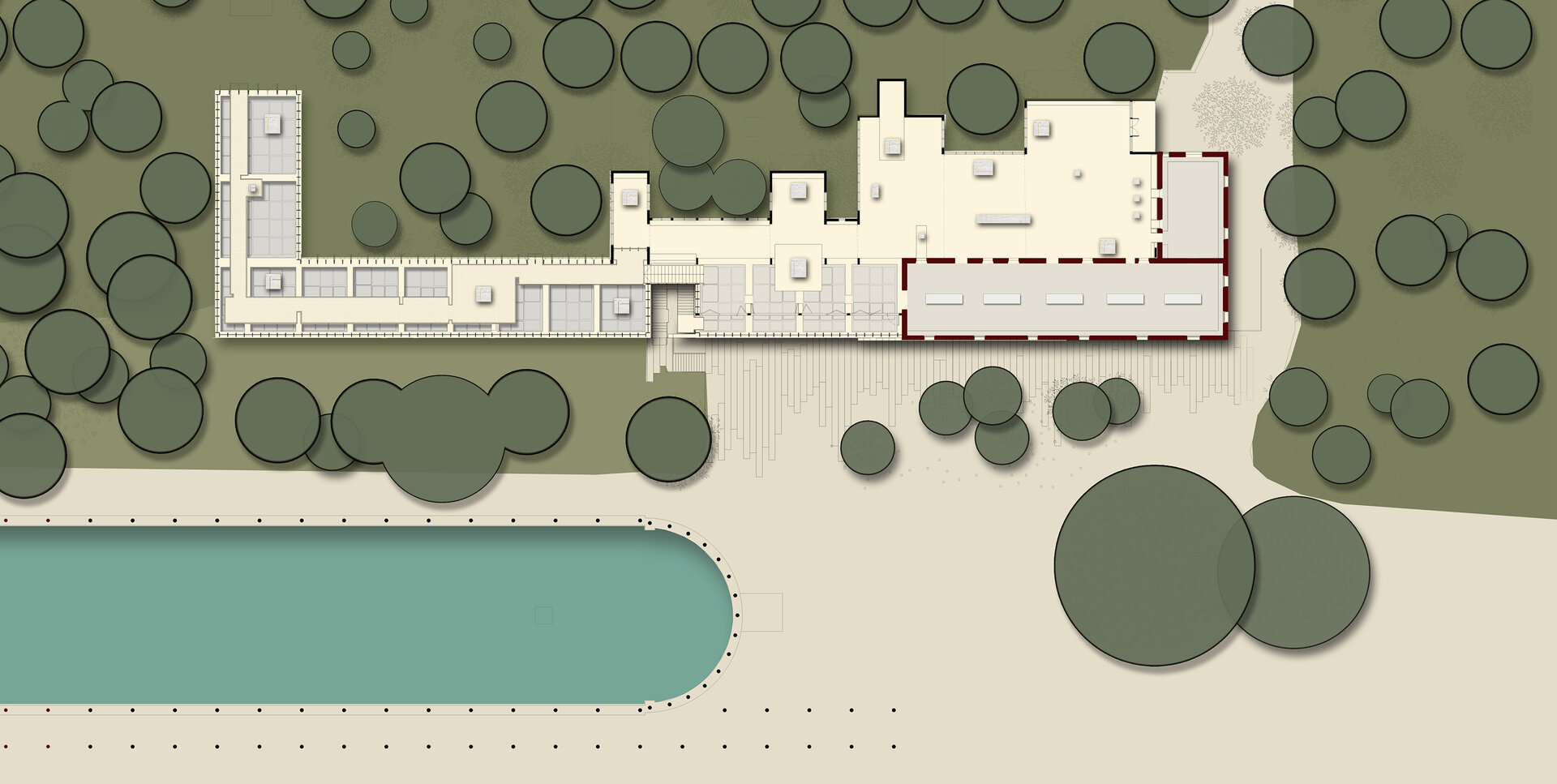 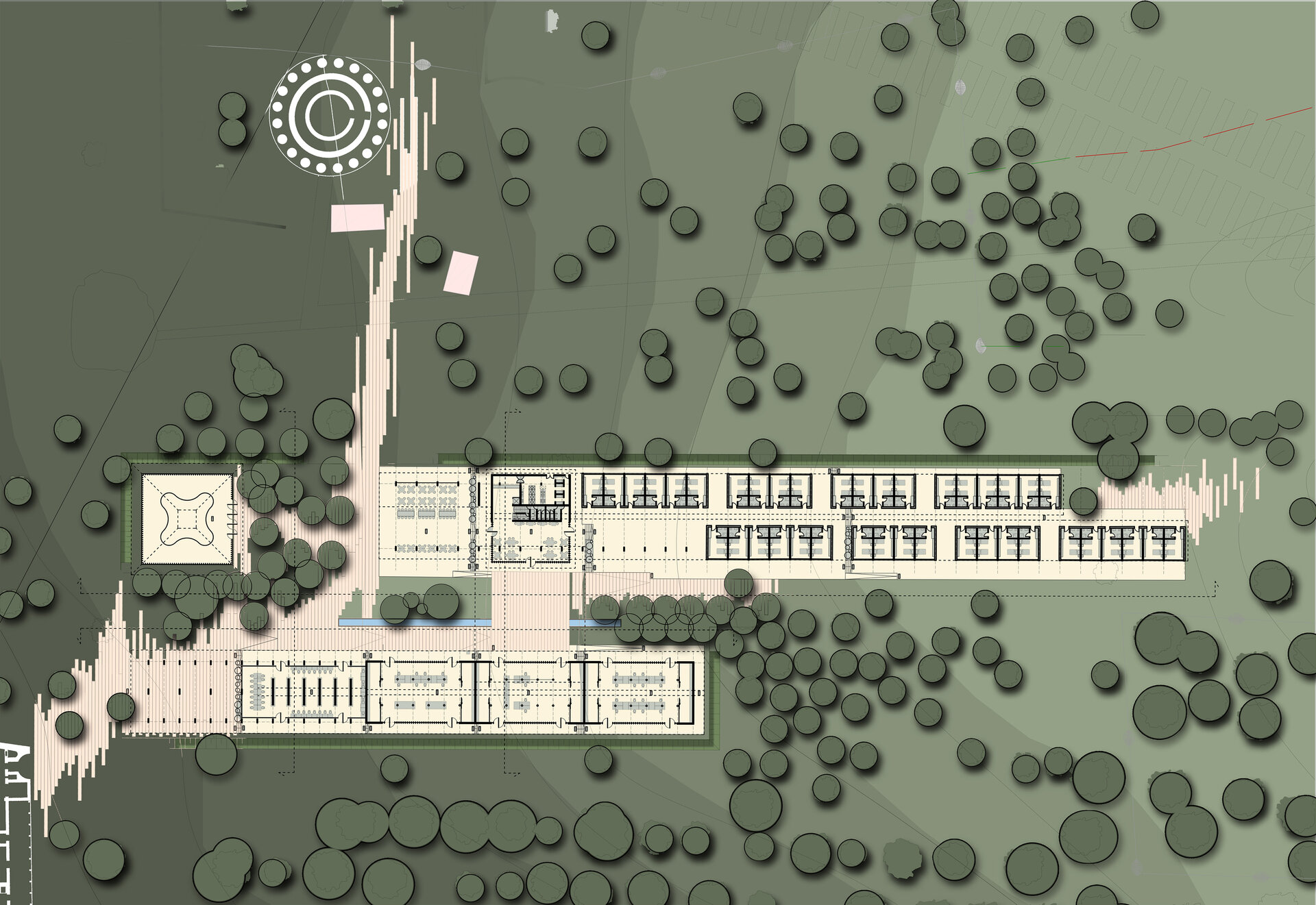 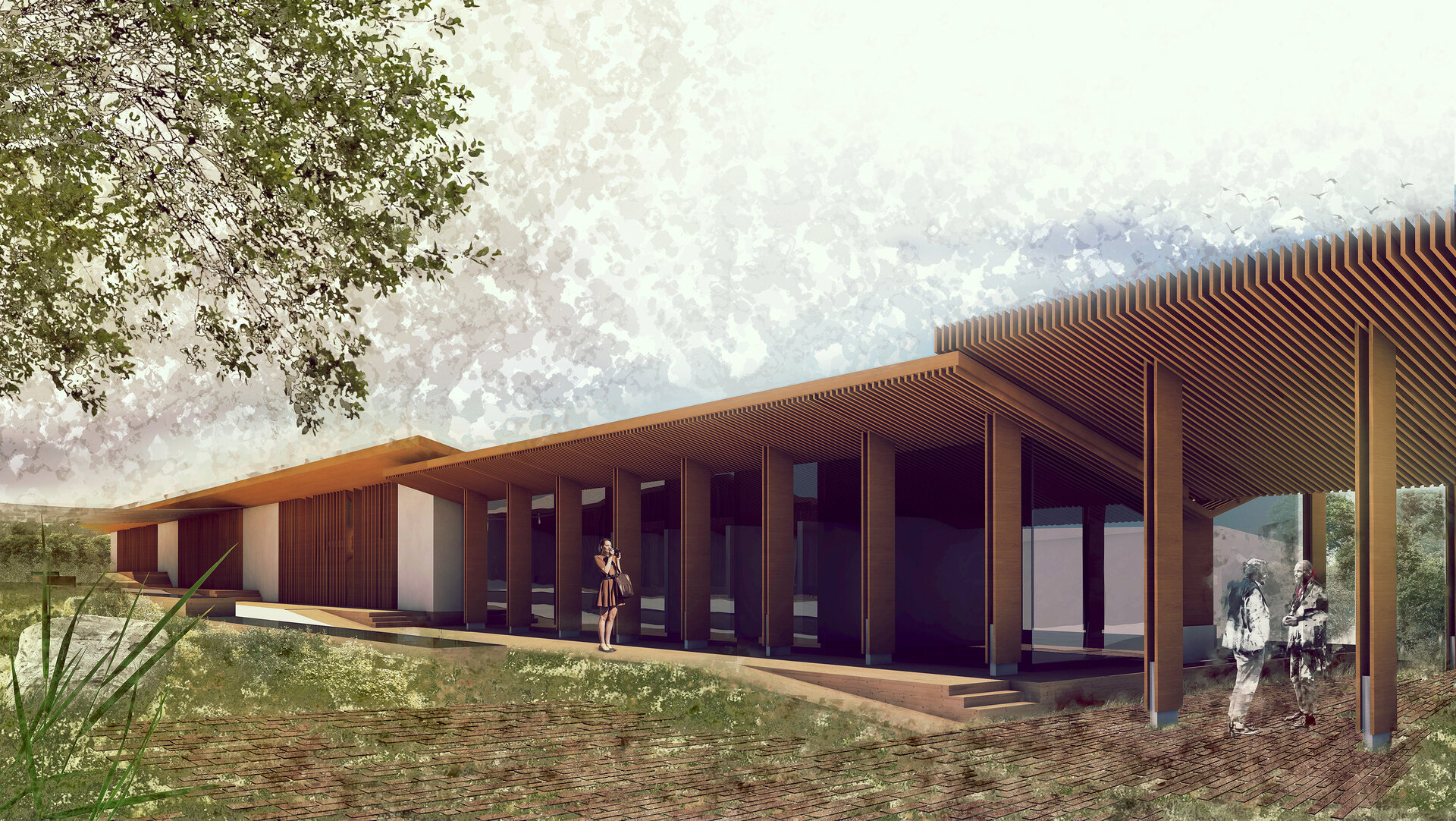 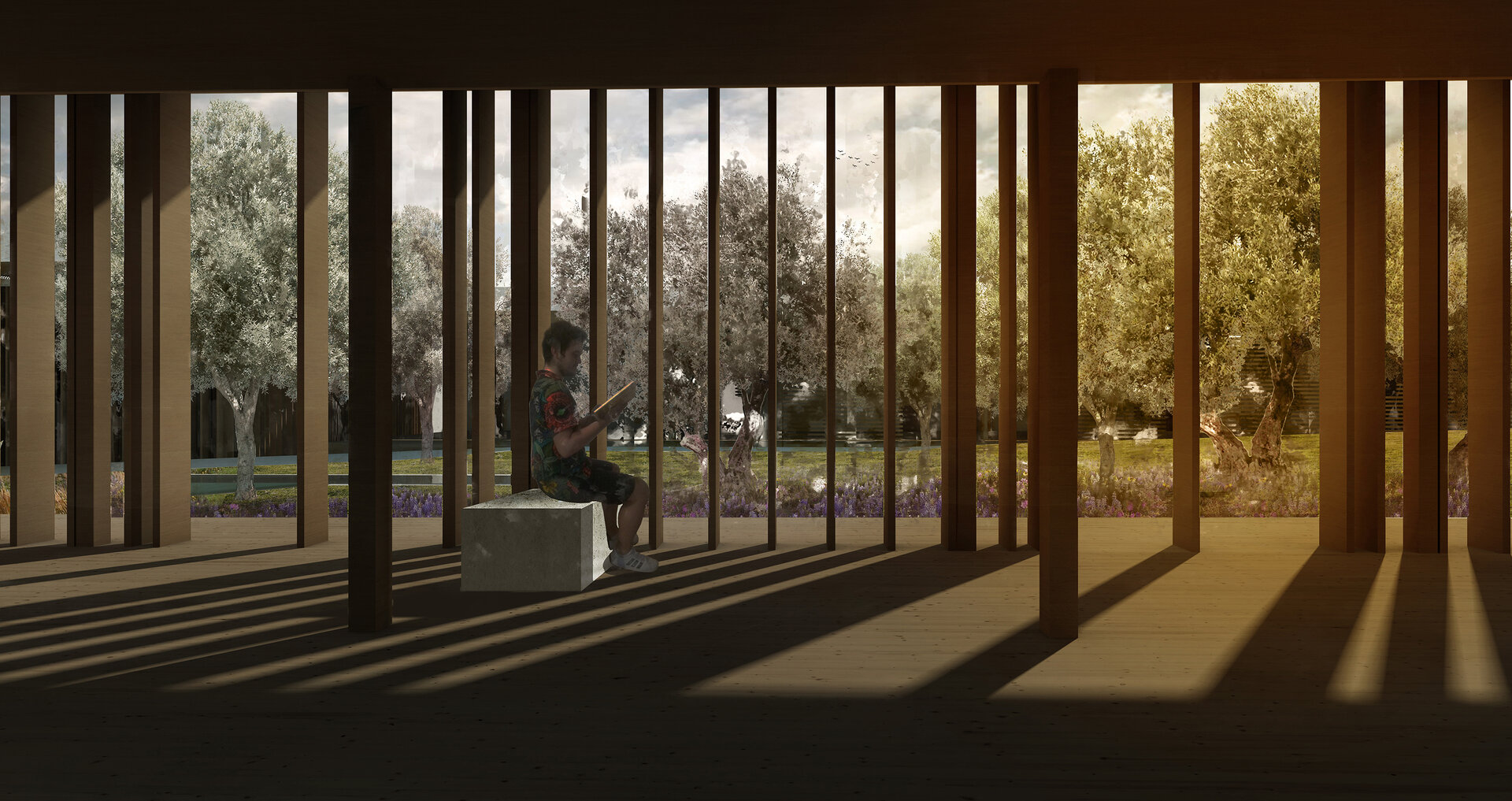 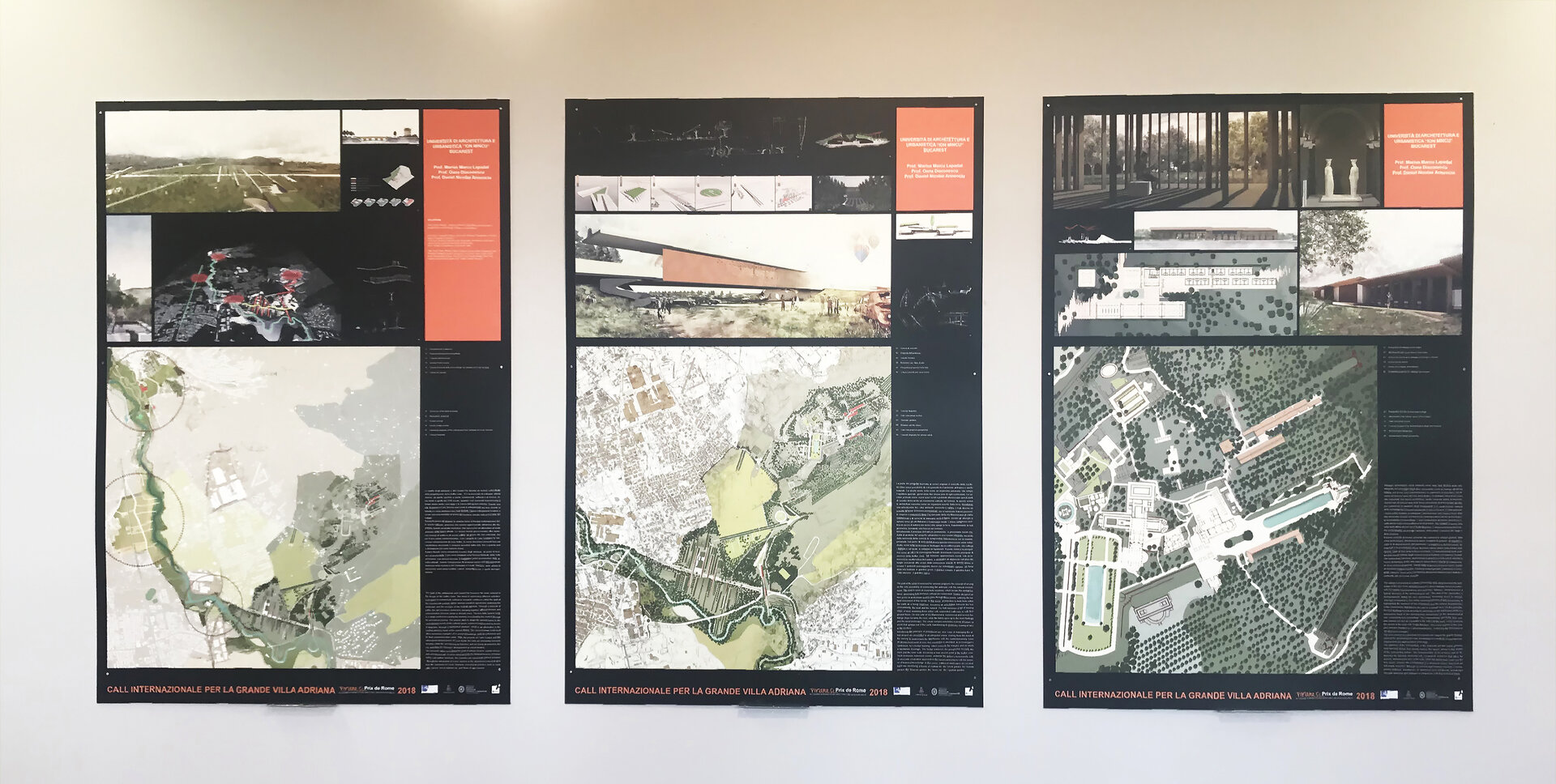 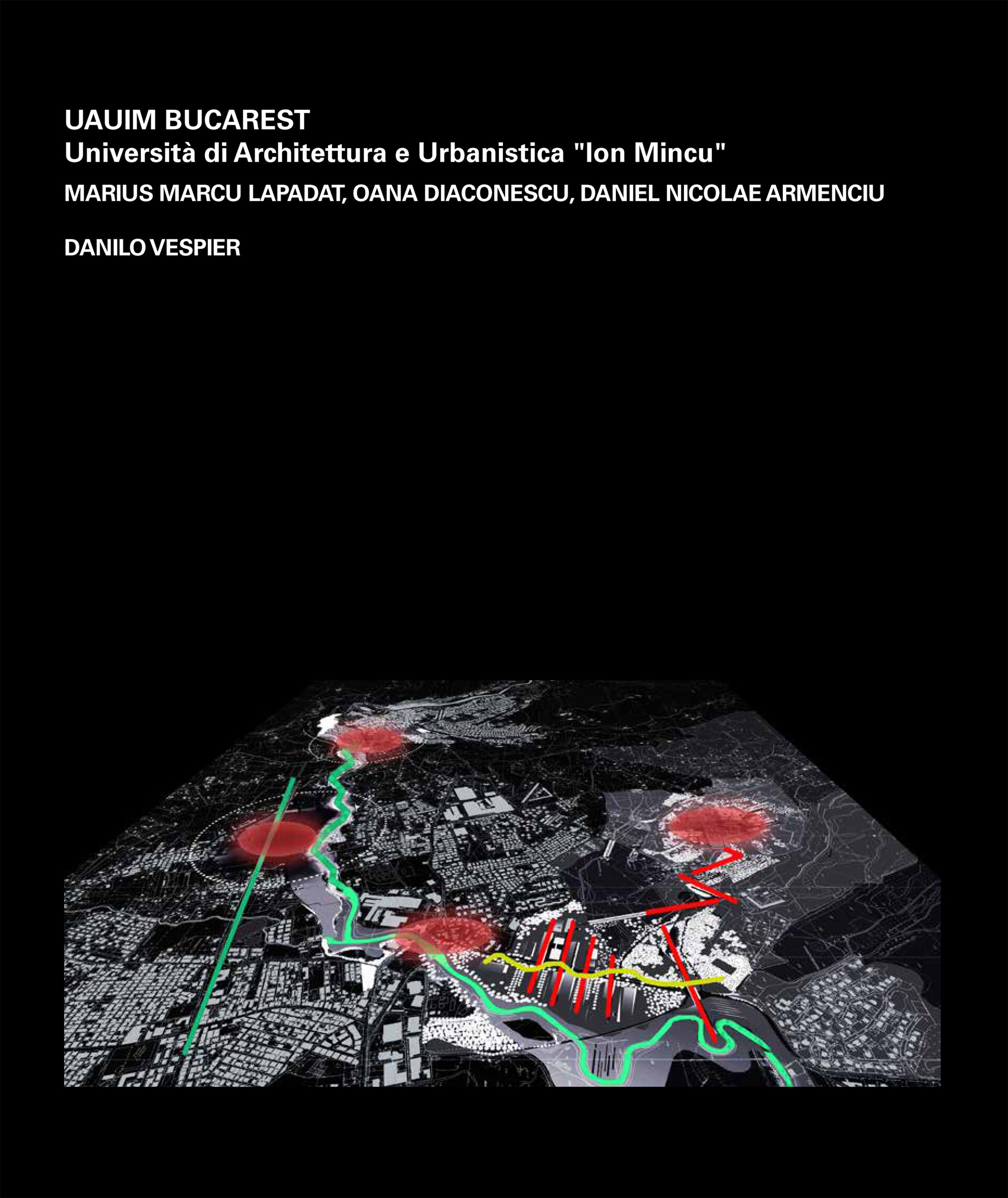 Edition 2020, Research through Architecture / Architecture and Experiments Section
Architectural education, otherwise: To learn from building or „From one day project to one day building”
Marius Voica