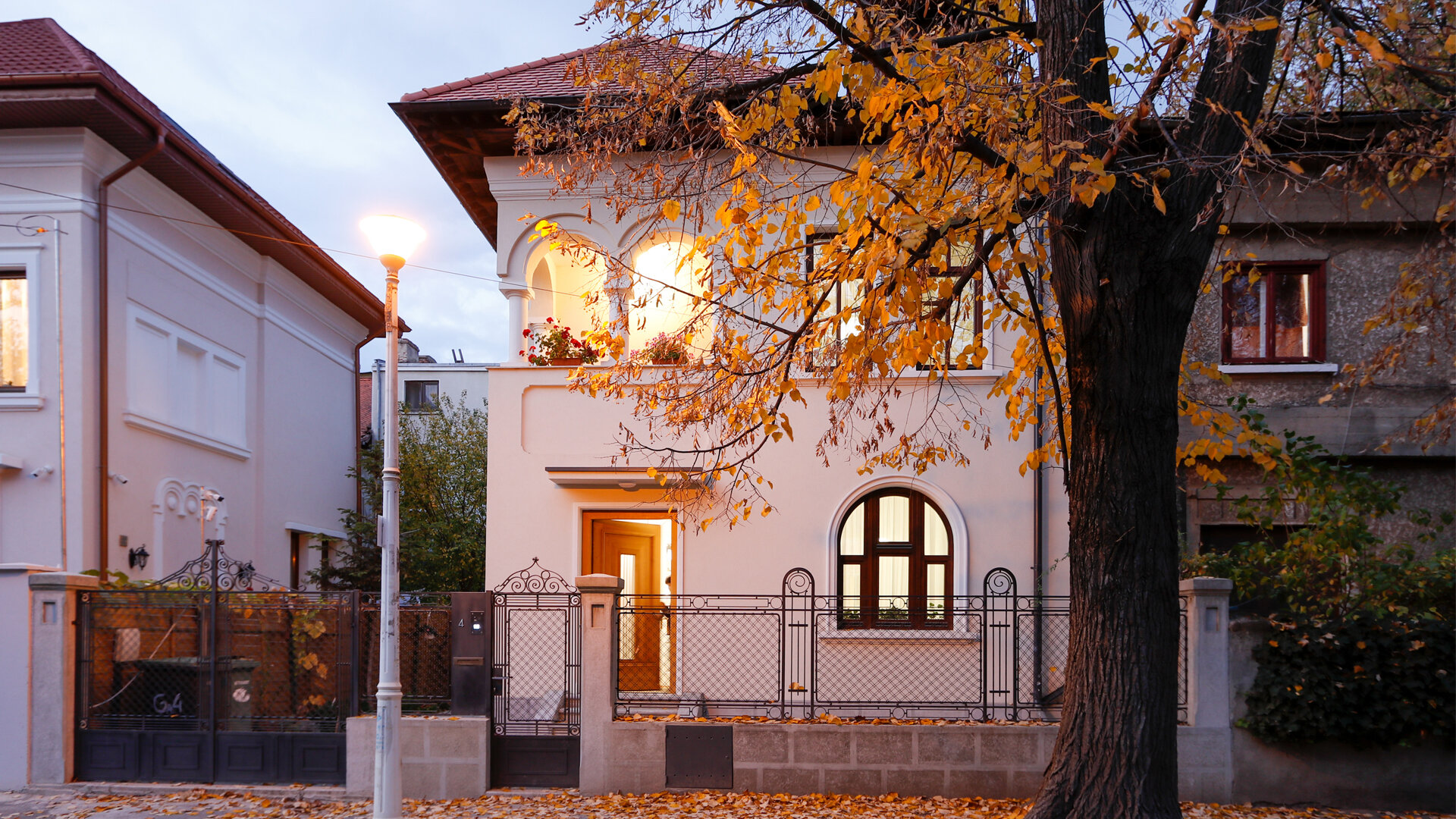 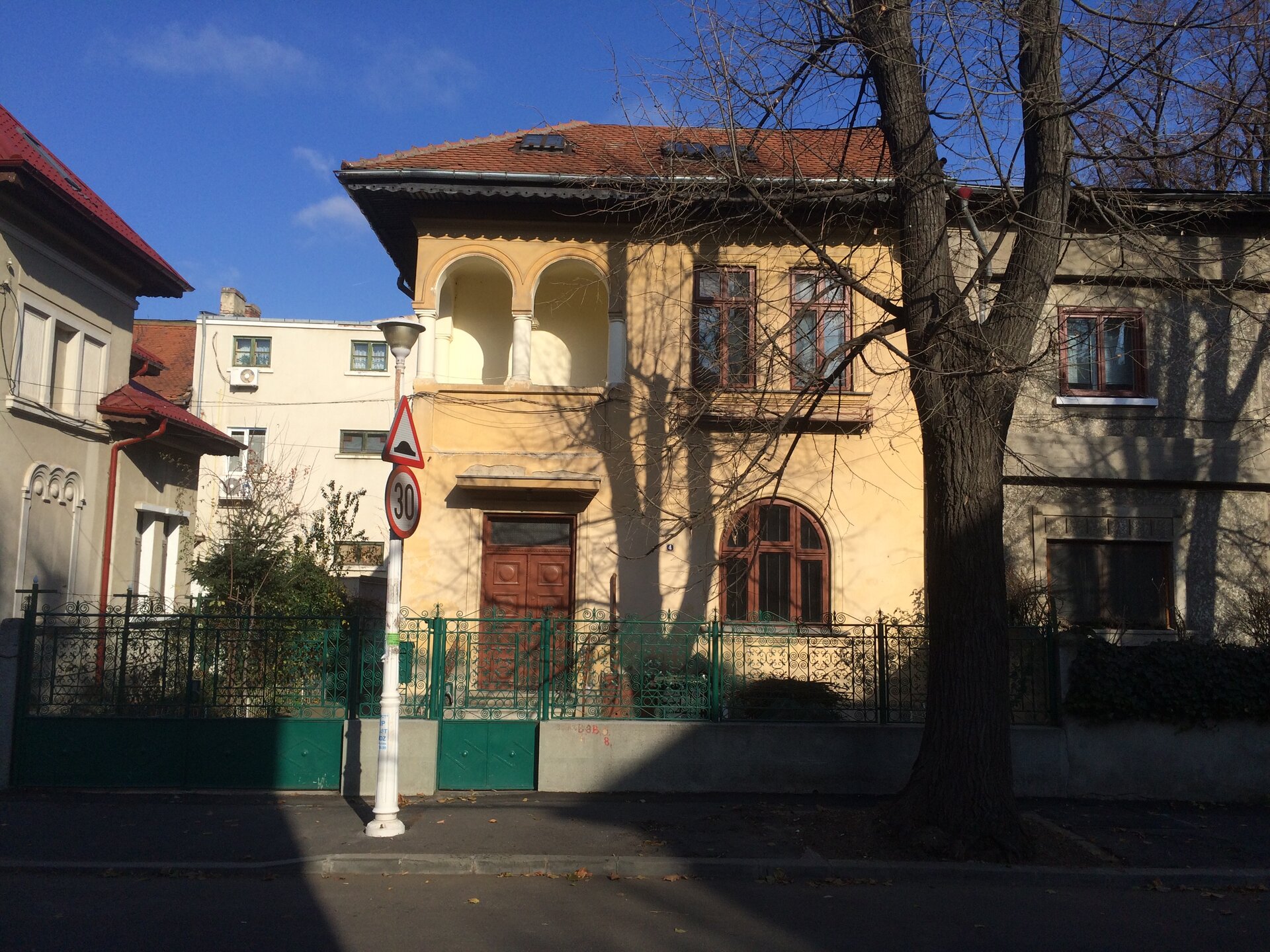 The Dimitrie Grecescu Street house is typical for the Cotroceni neighborhood. With a land of only 200sqm and a built-up area of 83sqm, it was one of the modest constructions of the neighborhood. The house was planned for two families with one apartment on each level.
The building went through 2 major traumas - the bombing of May 7, 1944, and the earthquake of 1977 after which it was brutally consolidated, with an external concrete skeleton - belts and buttresses (!).
The original wooden slabs had up to 10 cm height differences between the center of the rooms and the exterior walls.
The original fence was replaced in the '80s with a completely inappropriate design.
The house was bought by a family with 2 children.
The existing configuration (functional and especially structural) led to a major intervention: preserving the exterior and reconfiguring the interior.
Thus, the ground floor was transformed into the living area - living room, kitchen and office, the first floor - bedrooms and bathrooms, and the attic - guest bedroom and hobby space.
The roof was also completely replaced.
For the fence we recycled the gates from a house in the Dorobanti area, being prepared for scrap metal.
We rebuilt the facade garden. The previous owners had covered it with concrete.
This was not a restoration. The house has been consolidated and reconfigured. Instead, we restored the atmosphere. 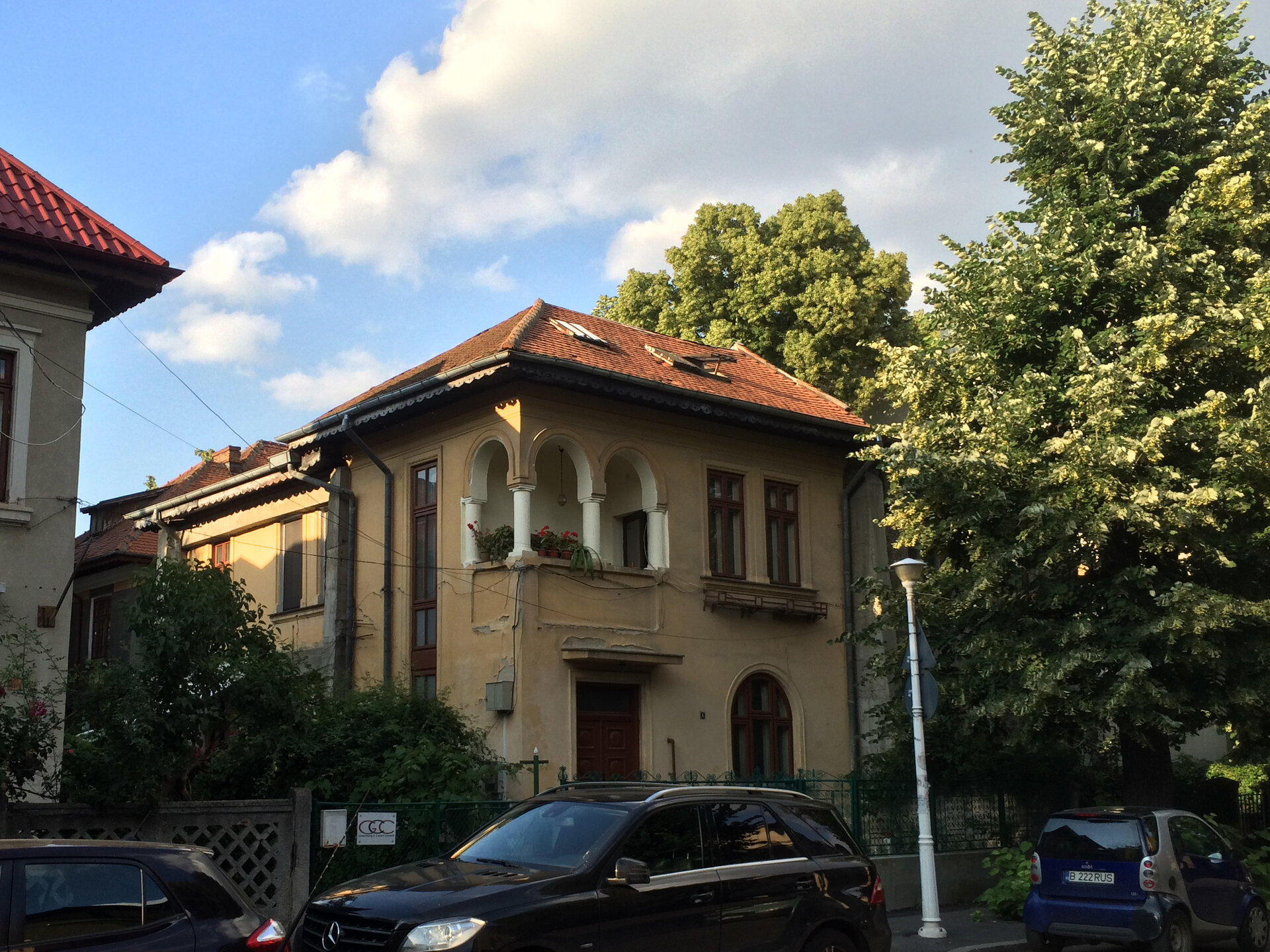 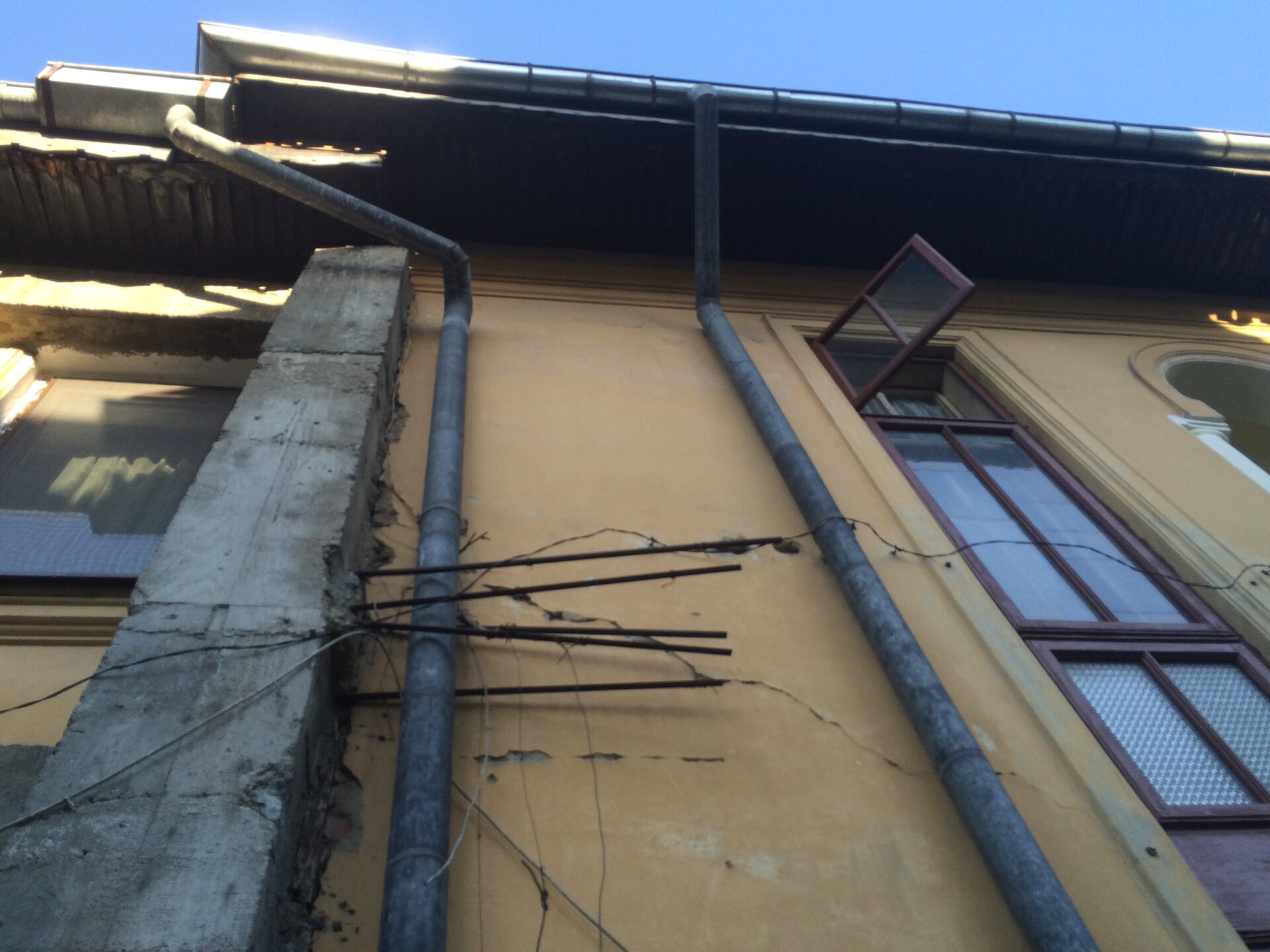 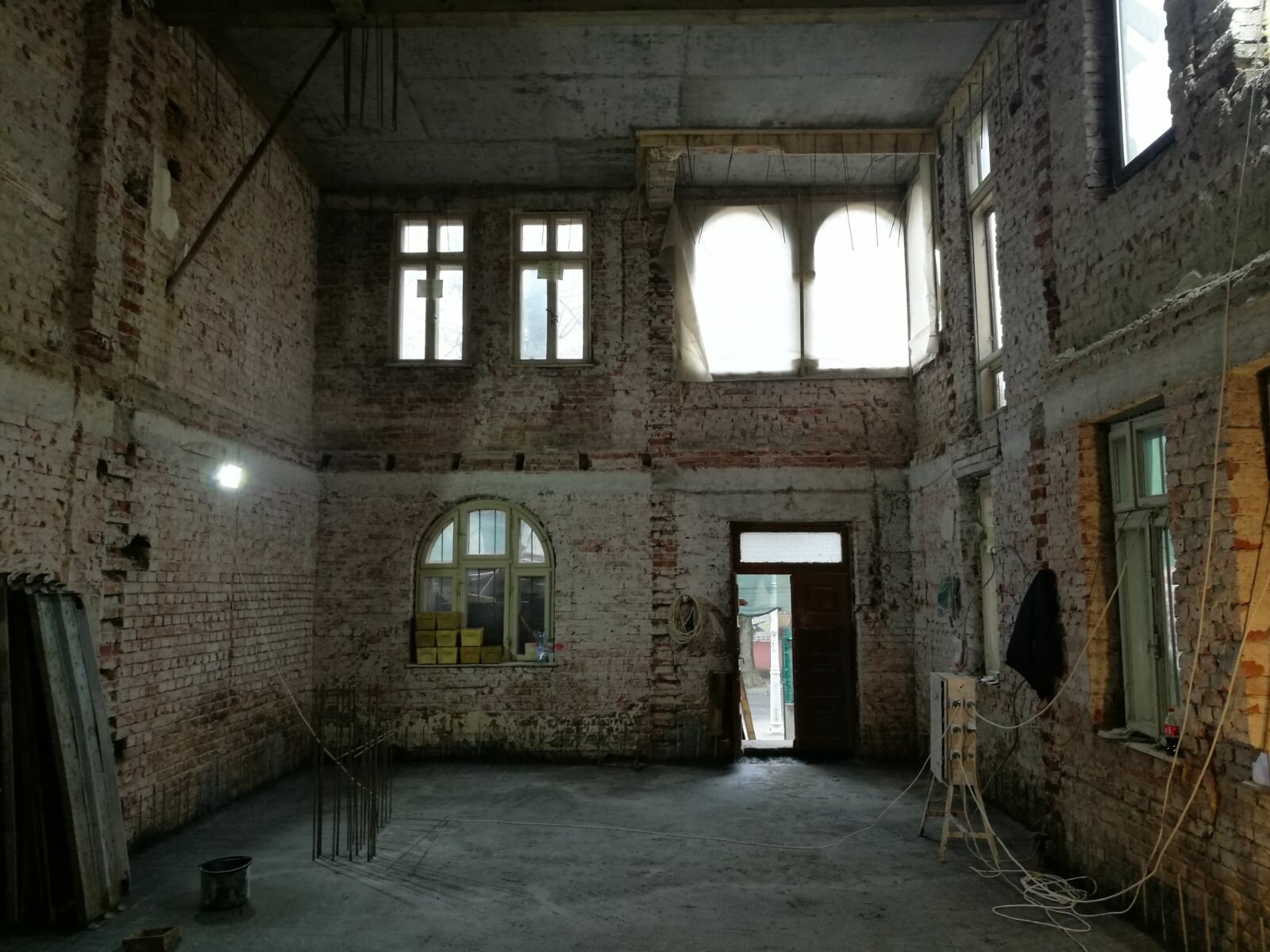 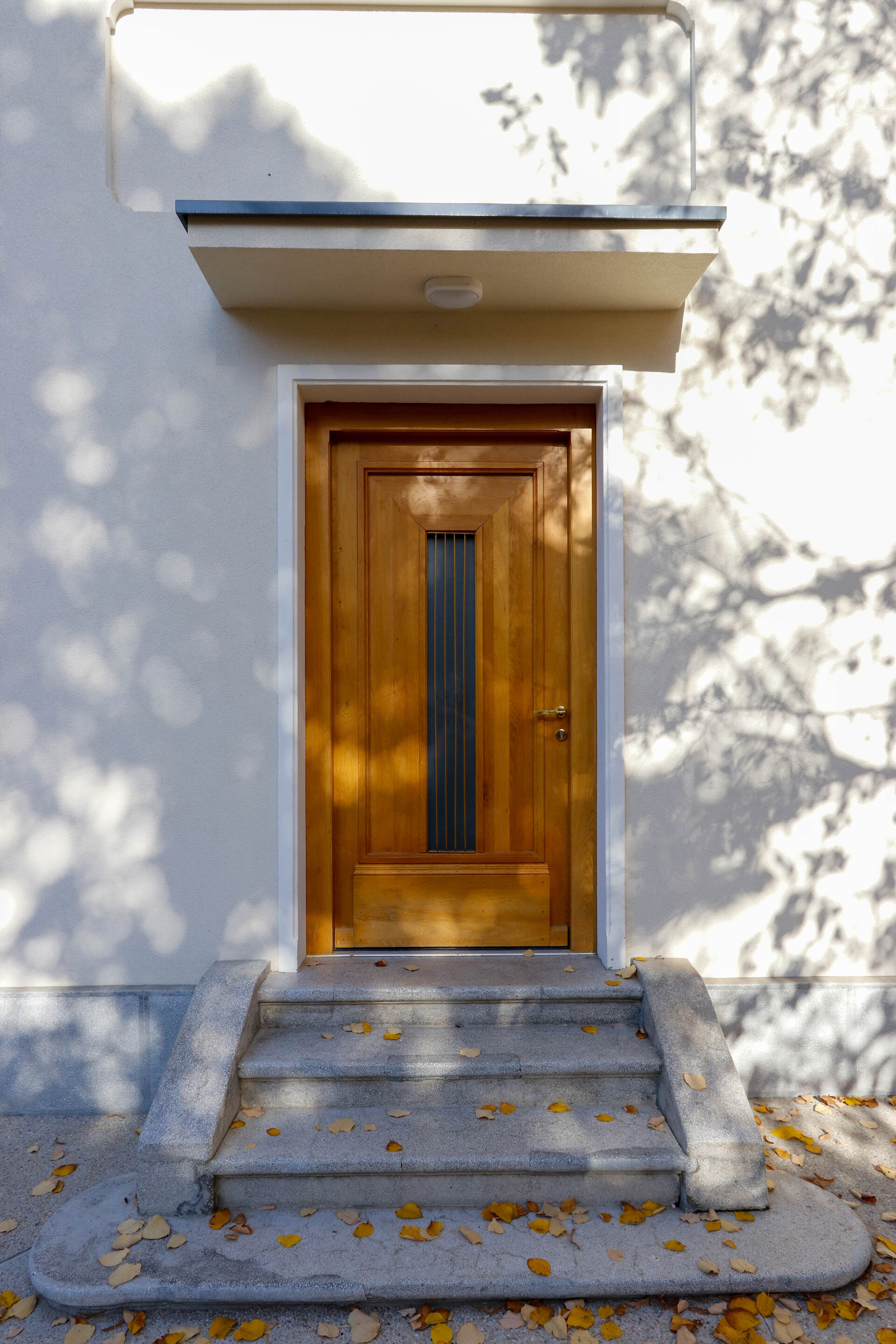 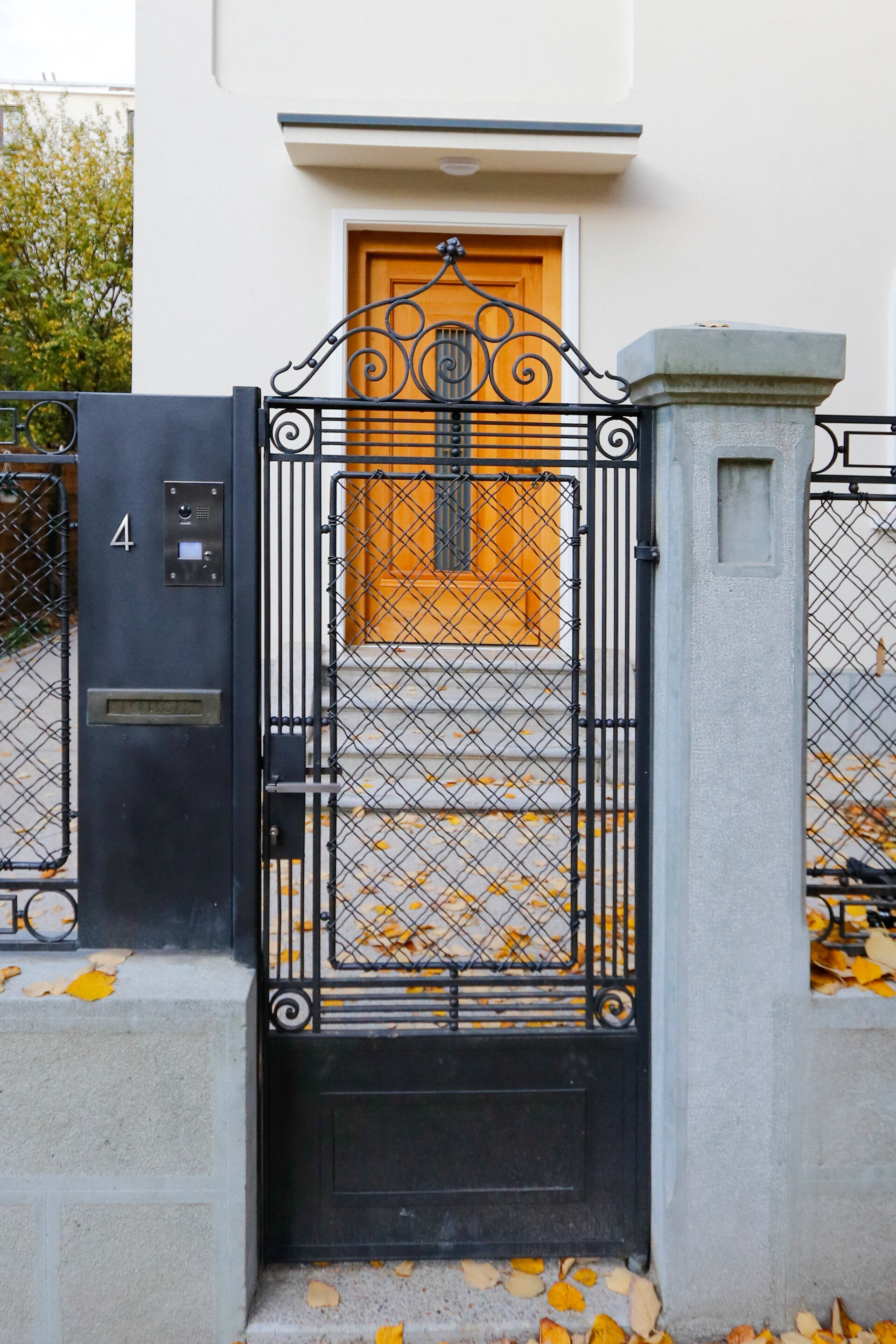 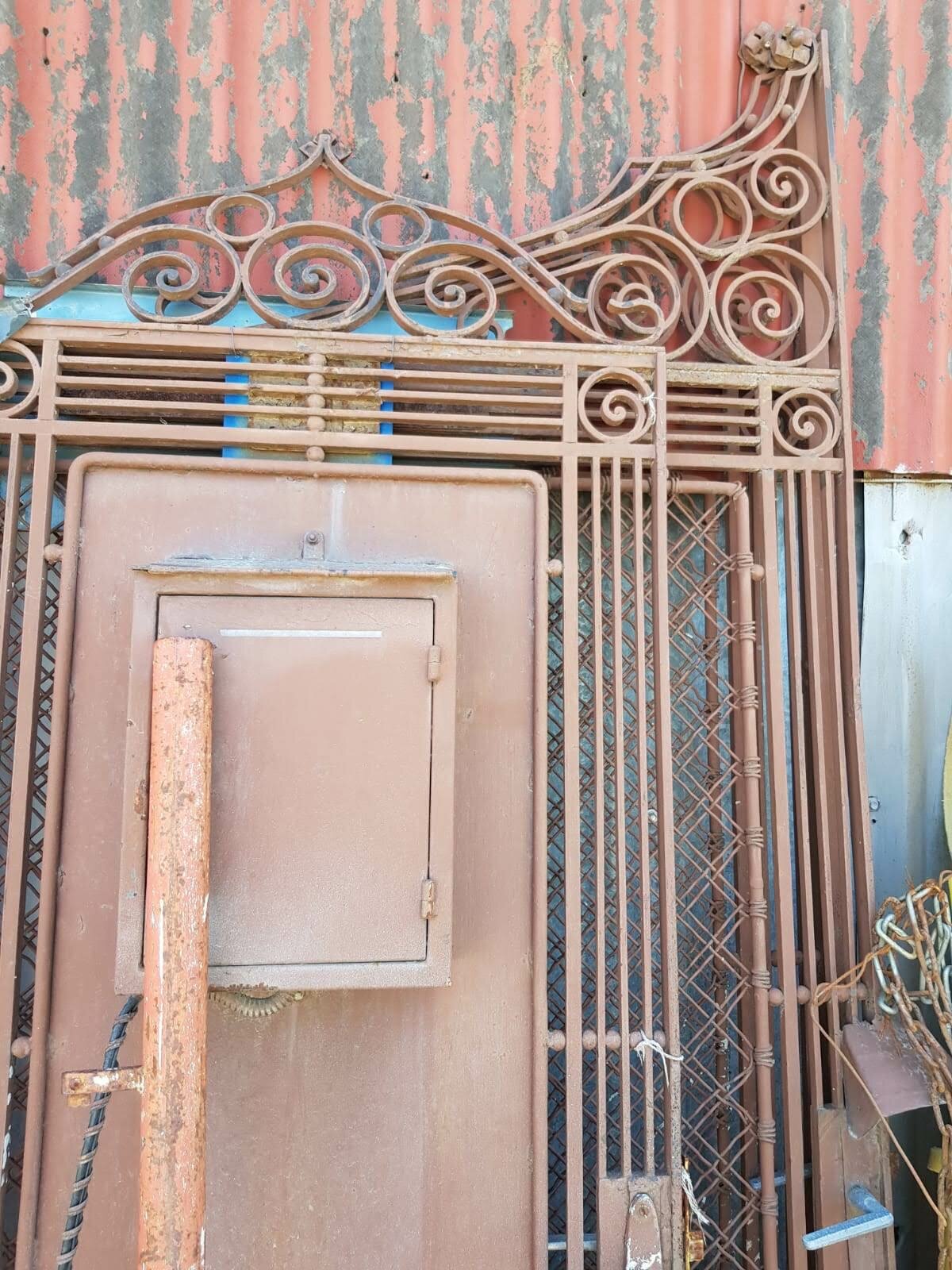 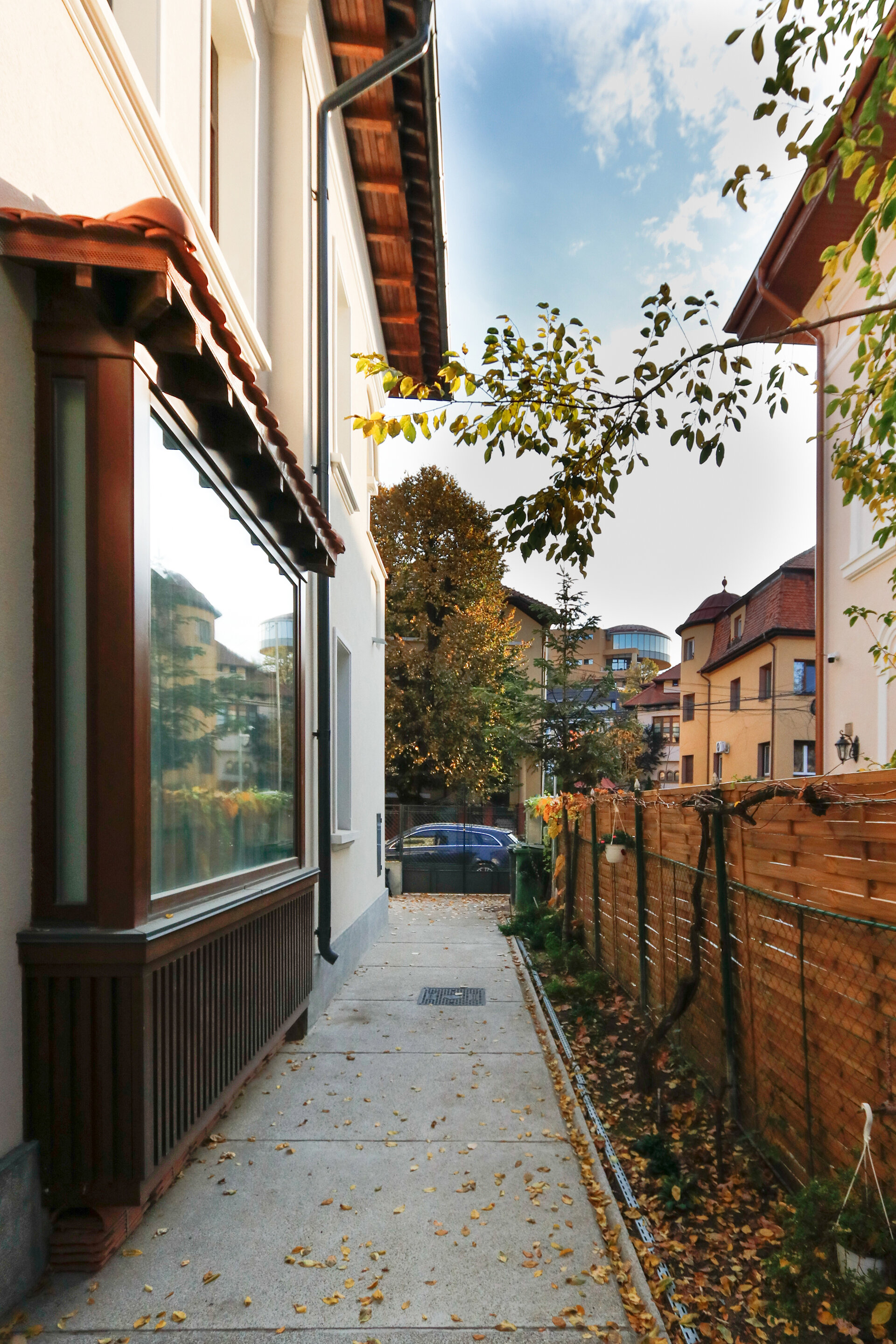 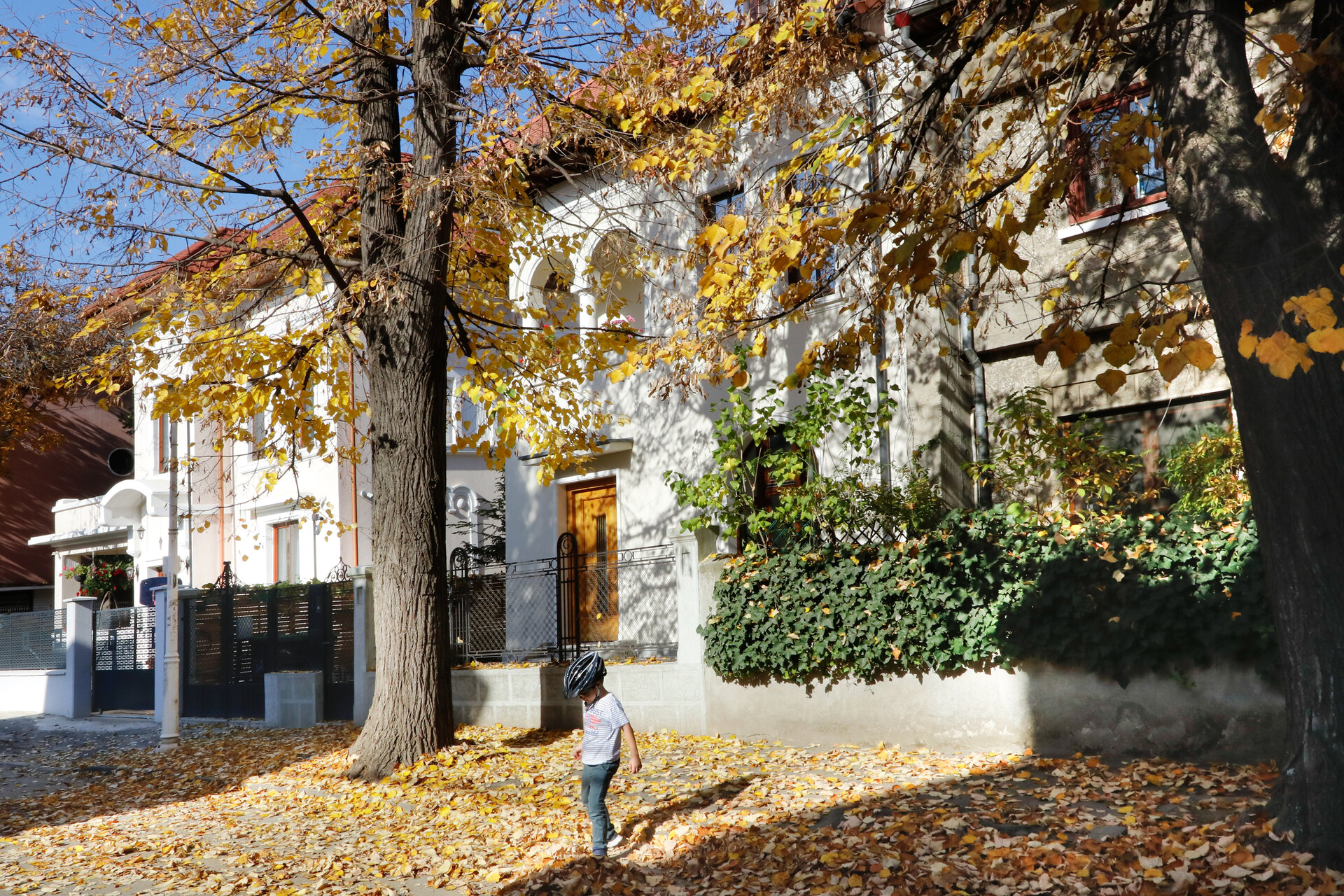 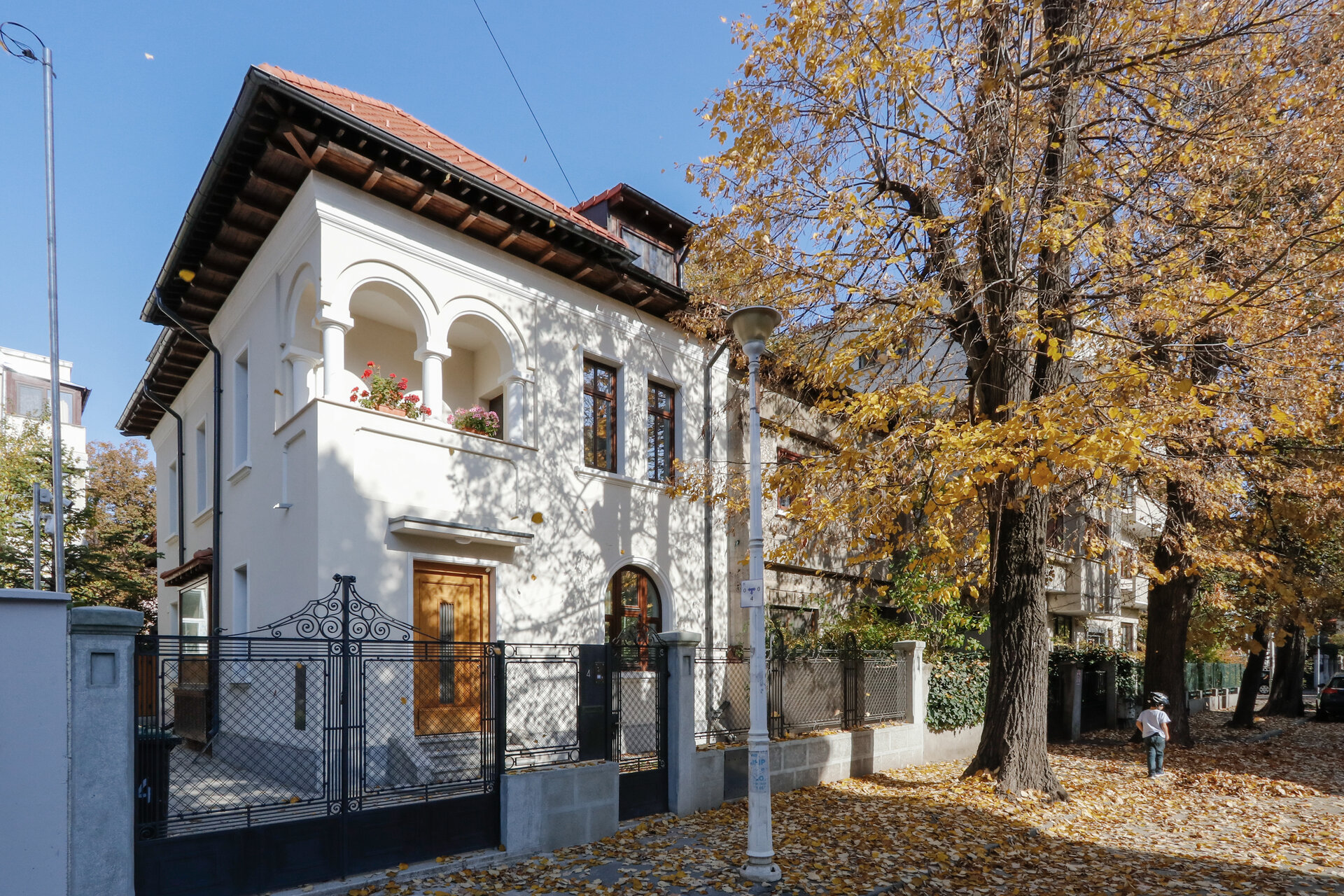 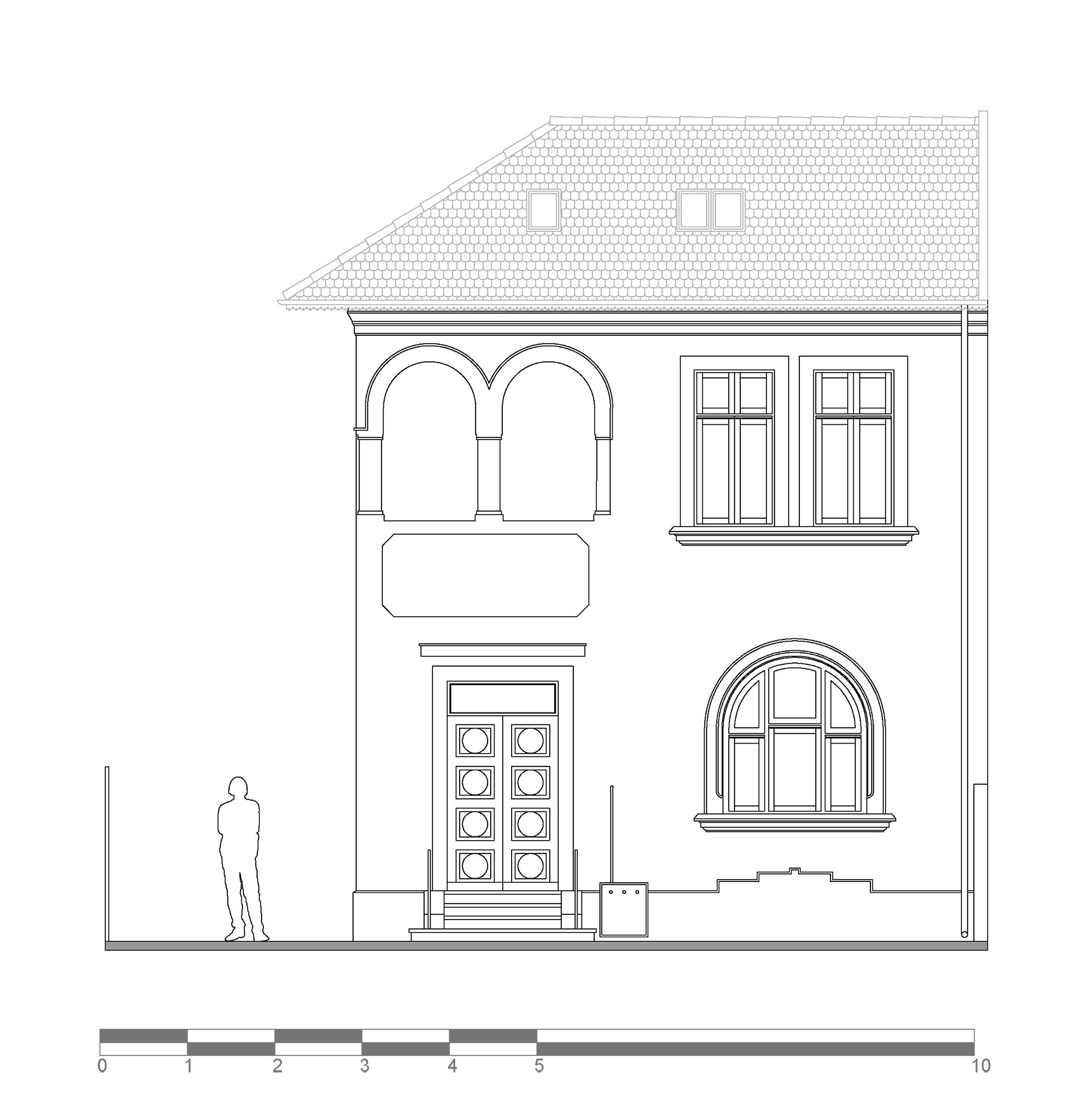 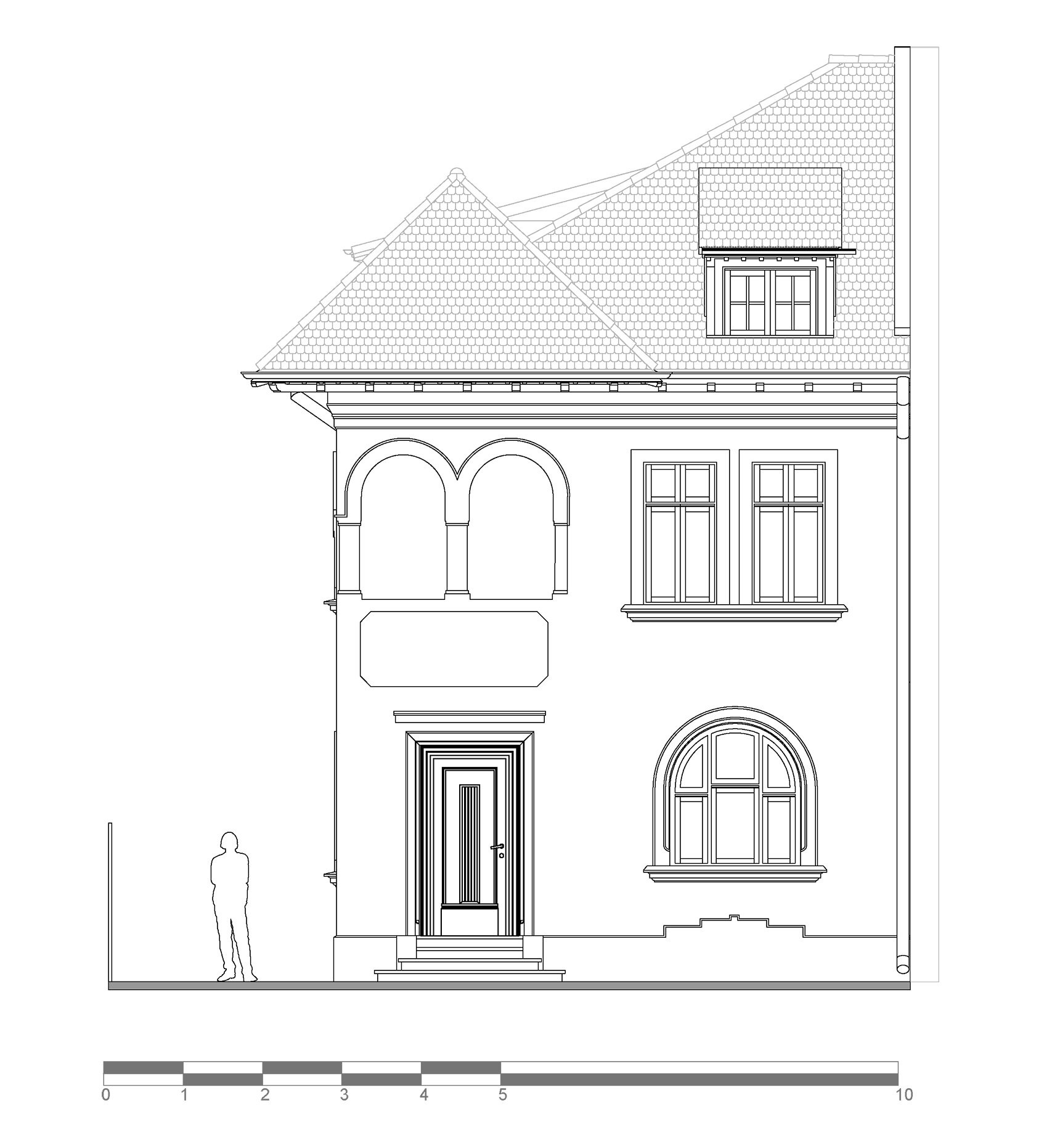 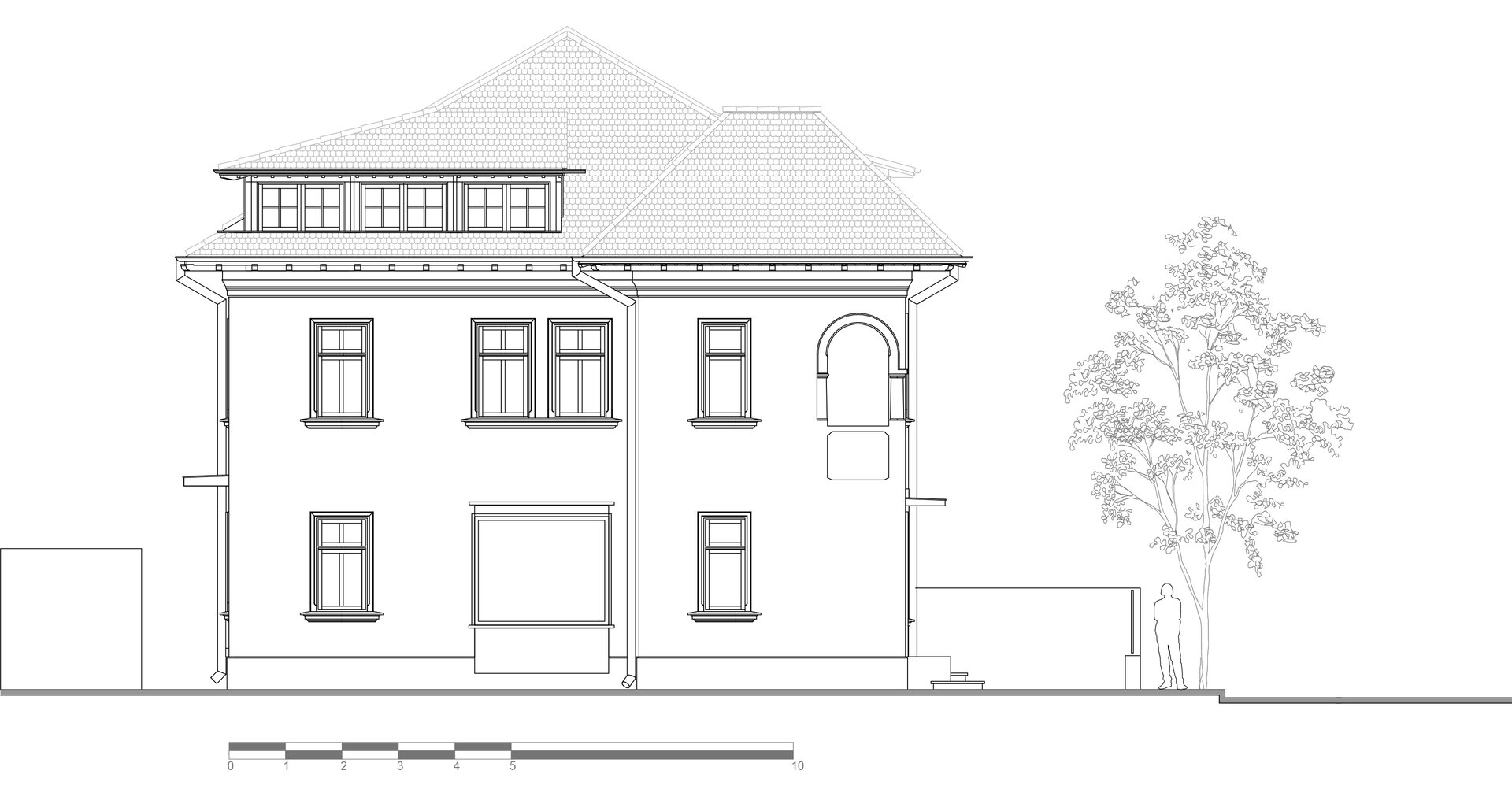 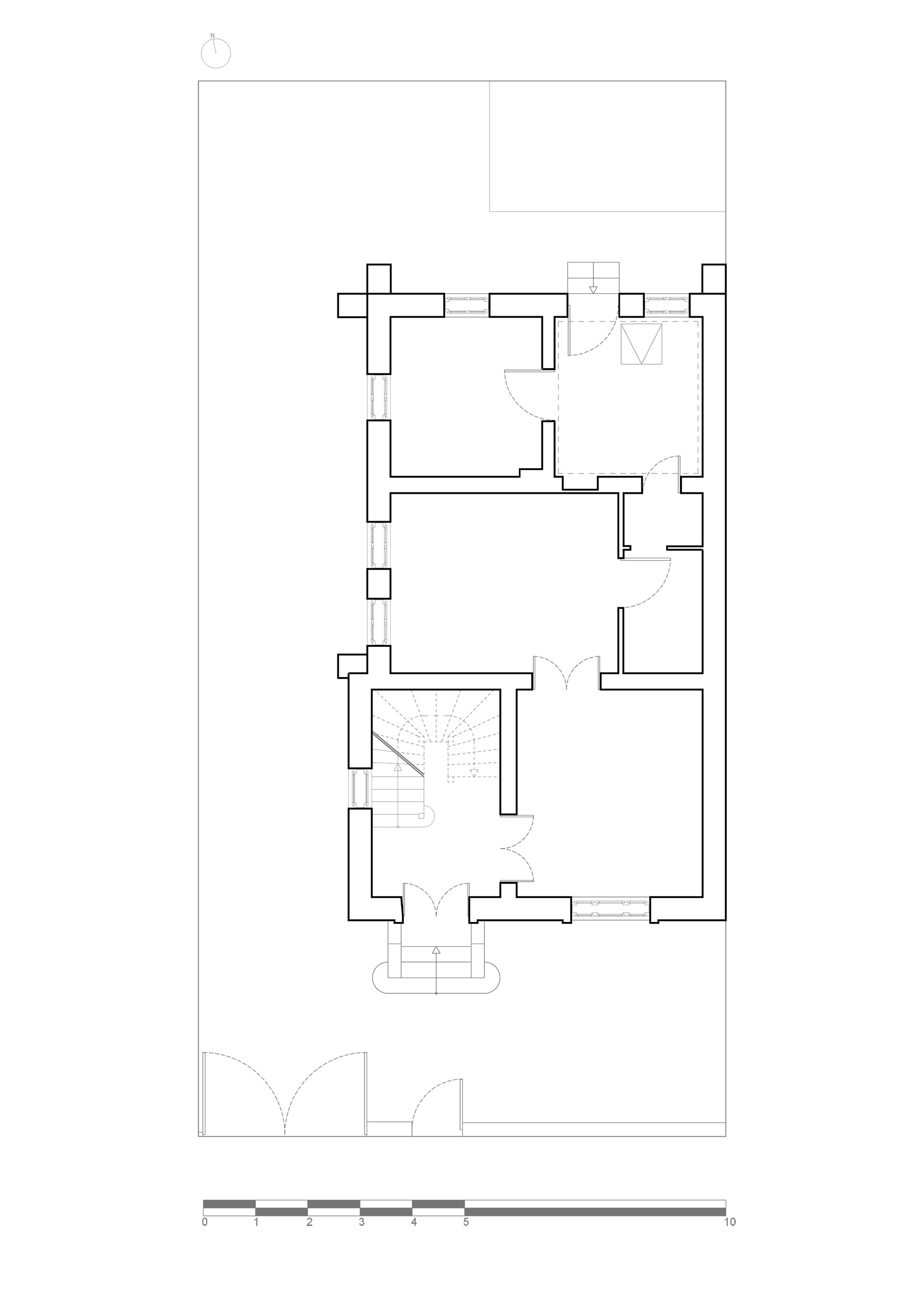 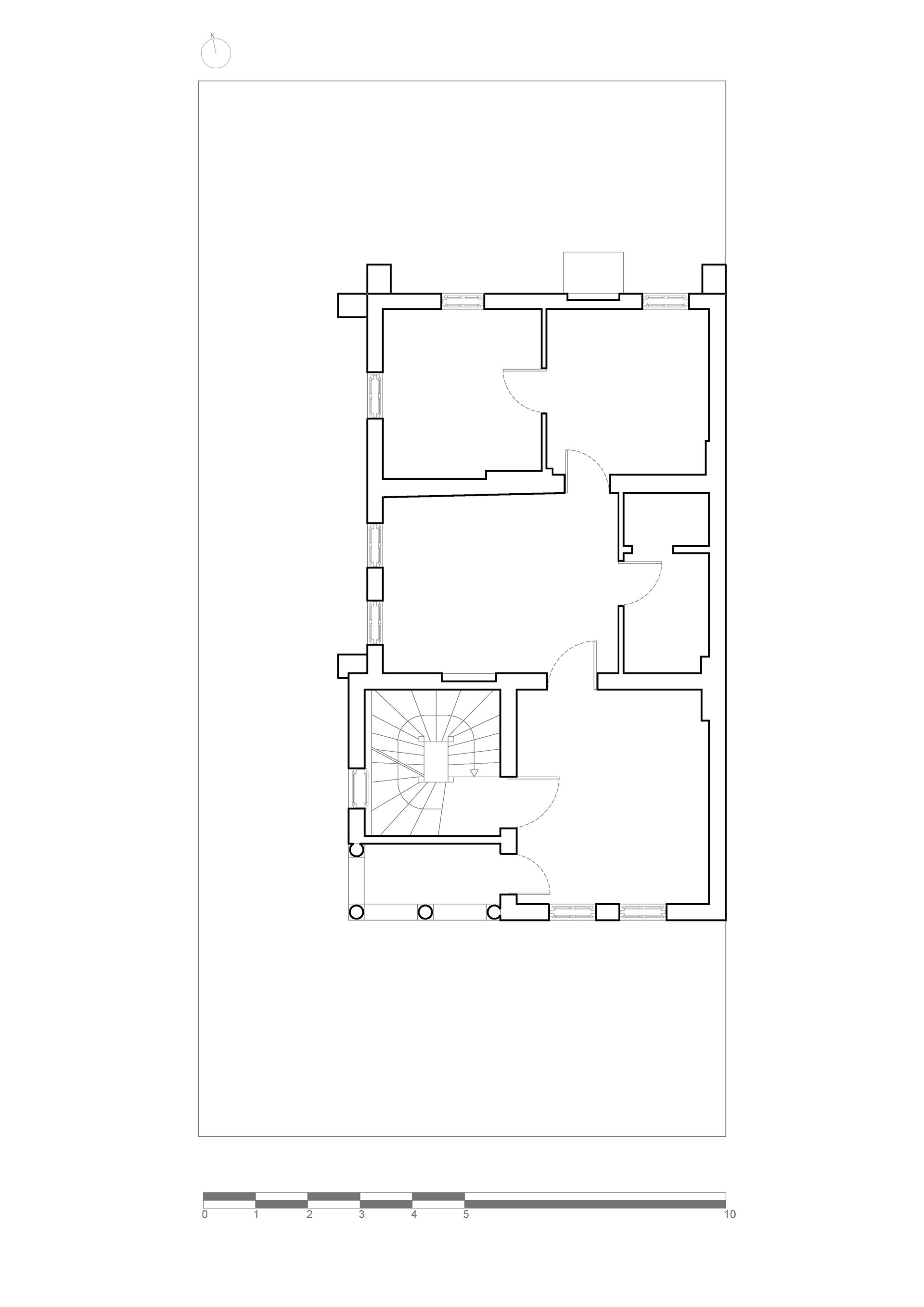 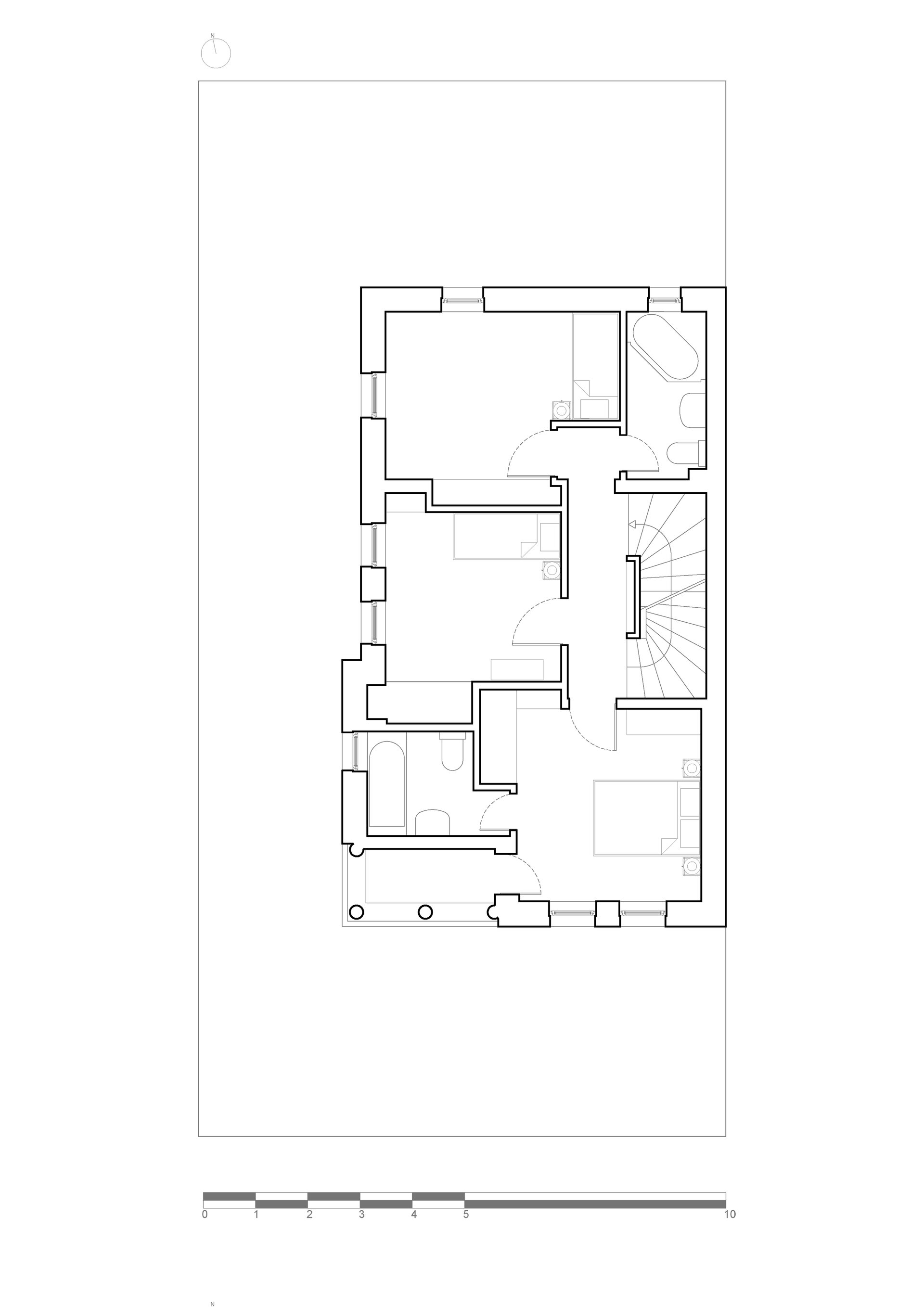 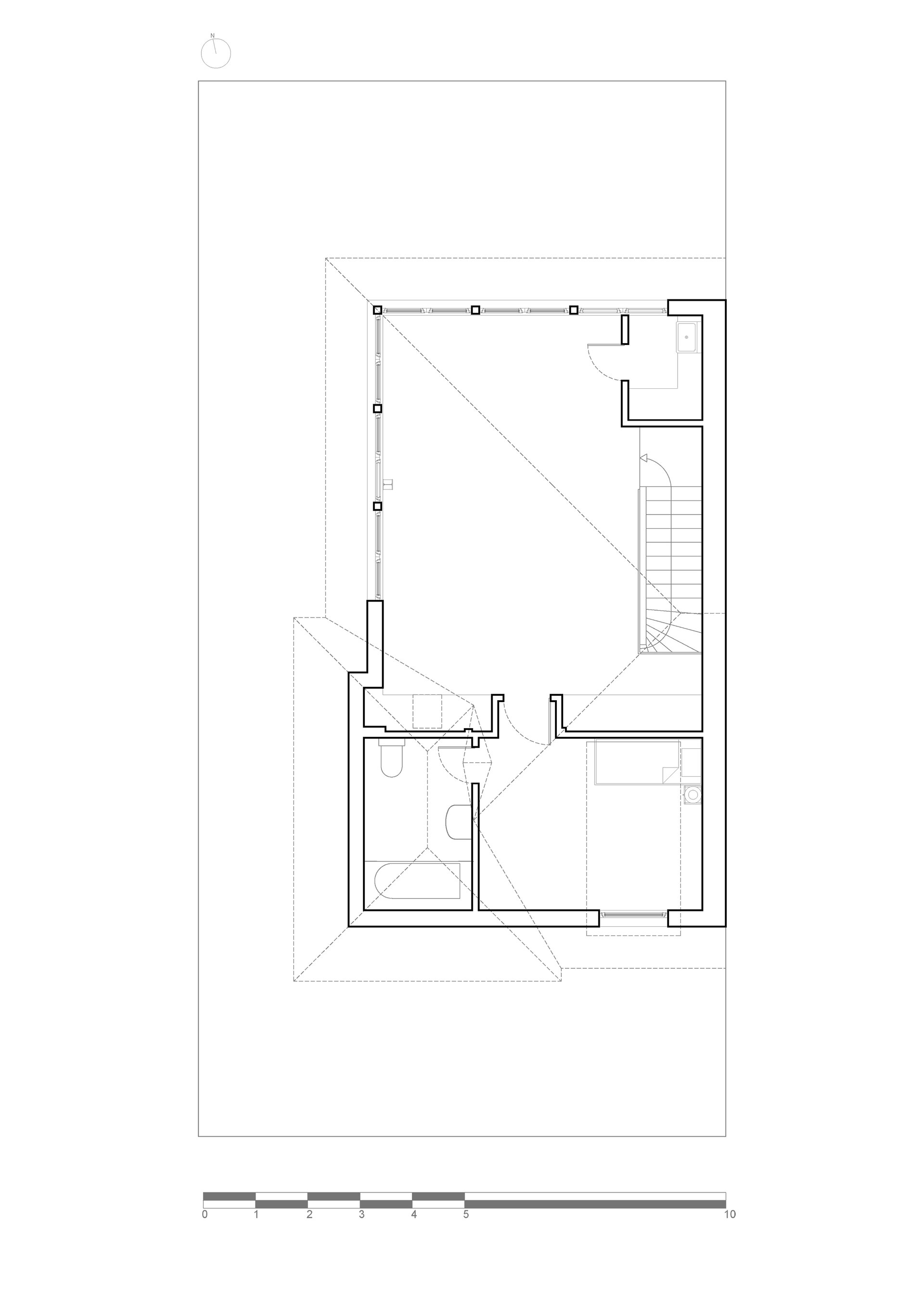