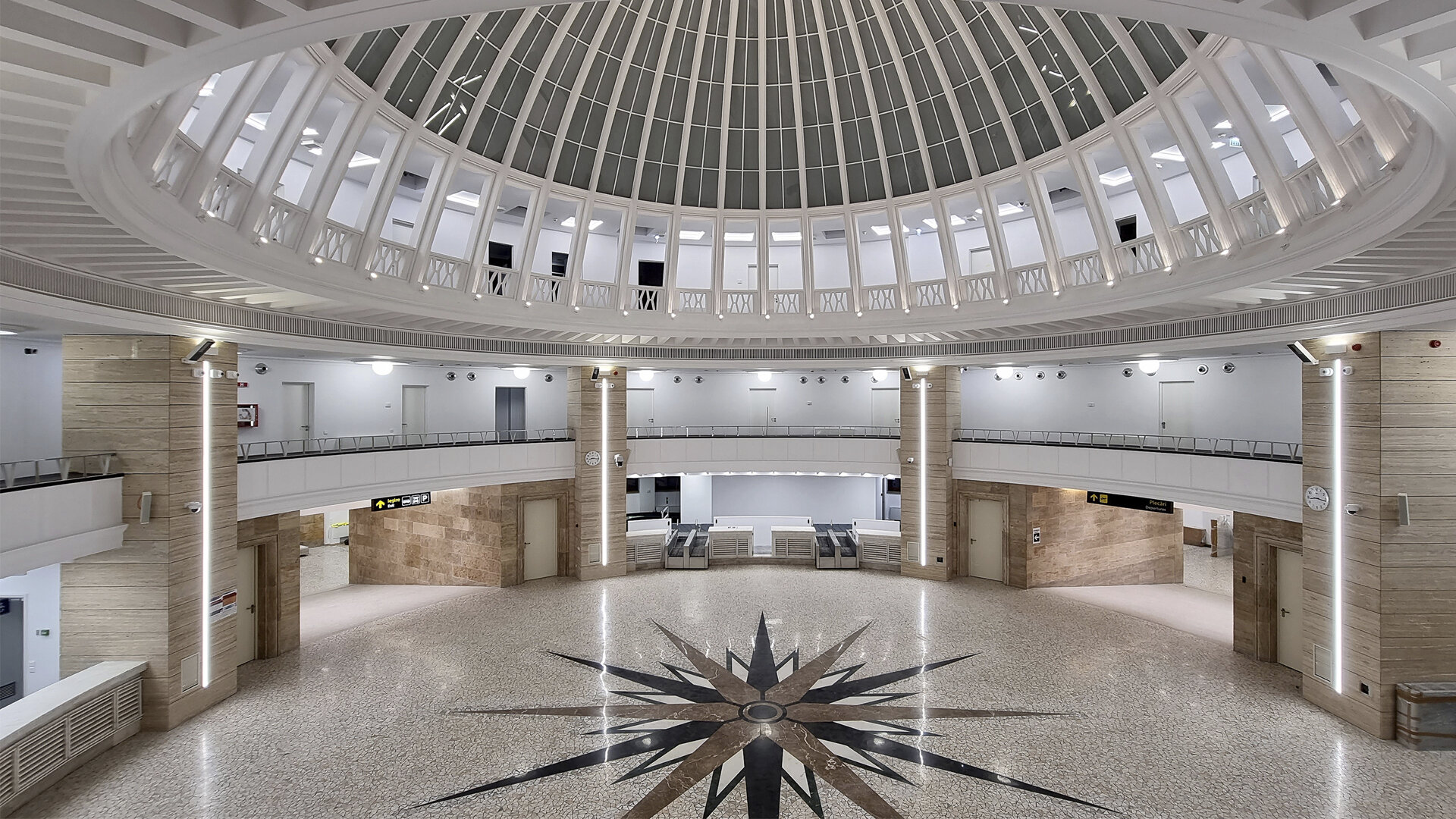 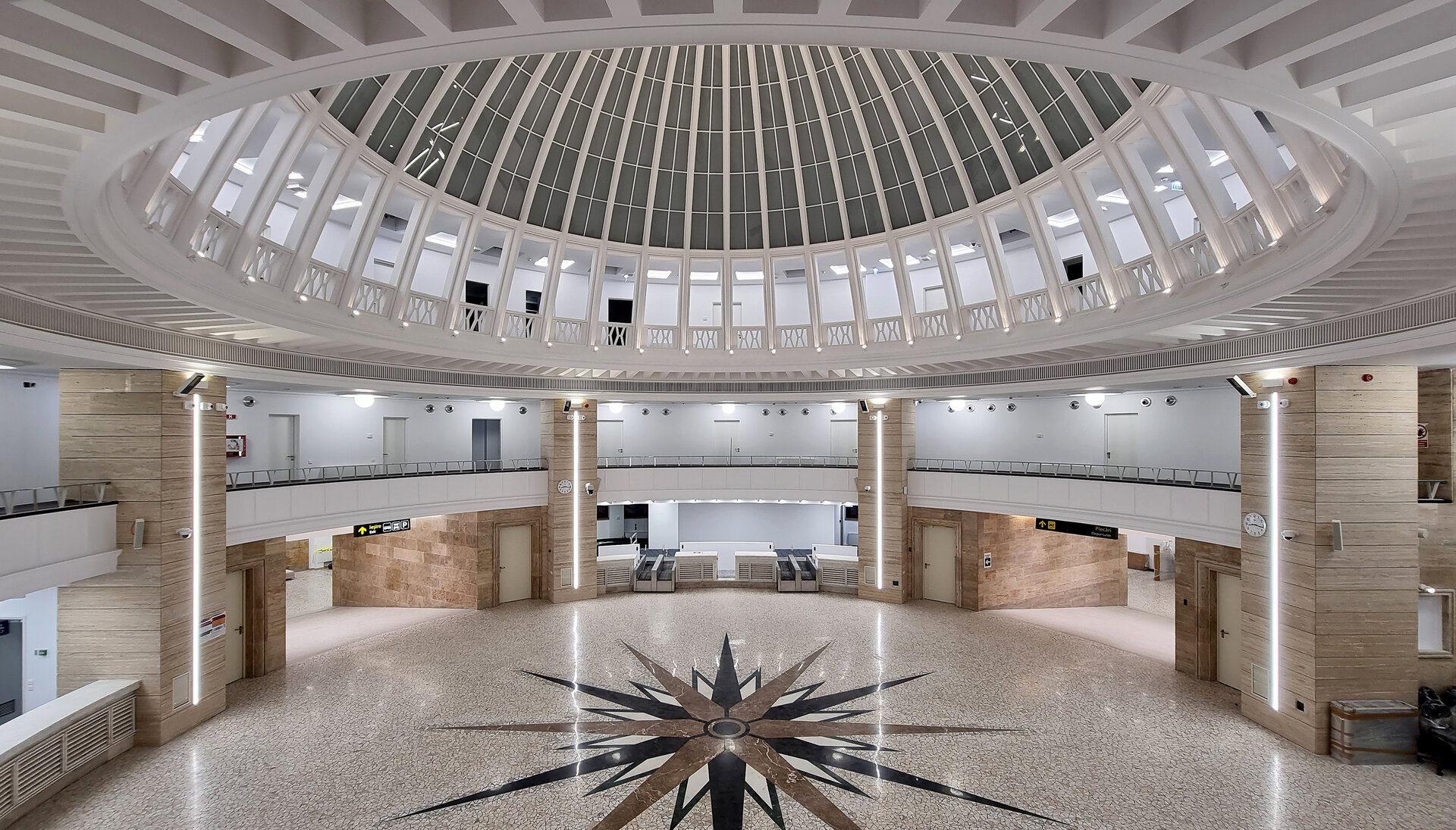 Description
The building of the Bucharest-Băneasa International Airport, Aurel Vlaicu is located towards the northern limit of the capital, east of DN1 / Sos. Bucureşti-Ploieşti, no. 40, sector 1 Bucharest, on an open land located between Băneasa forest and Aviaţiei neighborhood.
Currently, in addition to the runways with the necessary facilities, the airport complex includes hangars, repair facilities, warehouses and technical spaces.
As a result of the consolidation works undertaken in 2012, areas of the existing walls, floors and ceilings were demolished in order to carry out the consolidation works of the structure. The consolidation of the perimeter pillars of the Rotunda, led to the increase of their size, making difficult to restore the original image.
The modernization operations of the airport consisted in bringing it up to international standards in terms of functionality and facilities, in parallel with the recovery of the image and the preservation of authenticity.
The main finishing operations were related to restoring the floors and recovering the elements of authenticity, restoring and completing, where appropriate, the railings with the original design, restoring the stone used for plating the parietals, restoring and / or restoring the initial details used to decorate the parietals and the ceilings.
The main building and main attraction for the public remains the Rotonda.
The existing floor in the center of the Rotunda is made of Venetian mosaic and has in the center a decorative motif "Wind Rose" which has been preserved as a shape, but the damage was irreversible. The affected areas were rebuilt, with materials as close as possible to the original ones.
In the access / arrival halls at the airport departures / arrivals (located in the connecting spaces between Rotonda and the buildings A and C) the existing Venetian mosaic floor was repaired and completed, and the Roman mosaic highlighted after the overlapping layers of finishes was restored on the ramps.
The ceilings of these spaces (Roundabout / Access halls) have a special geometry, which has been partially preserved, the geometry has been restored, according to the original one. Where possible, the original floors have been preserved and restored.
The railings of all pipes were restored according to the original model. So are the ceilings.
The dome located above the central hollow of the Rotunda consists of a double reinforced concrete shell.
In BUILDING A in the Official Hall there is also the original colored marble floor: white, pink and brown. Following the consolidation, part of the surface of the marble floor no longer existed. The gaps have been repaired, following the original model.
At BUILDING B, on the ground floor, in the area of the arrivals hall, following the demolition of the existing floor made of granite slabs, the original floor was discovered, made of cast black mosaic and white marble inserts. All this floor has been rebuilt, maintaining the original stereotomy. In the rest of the traffic spaces, due to severe irreversible degradation, the floor is new, resistant to traffic, suitable for control areas and passenger rooms.
As in BUILDING A, the high ceiling of the hall was preserved: paneling with simple profiles . A slightly suspended ceiling was made in this space, with the profiling and paneling identical to the existing one, which allows the distribution of installations. 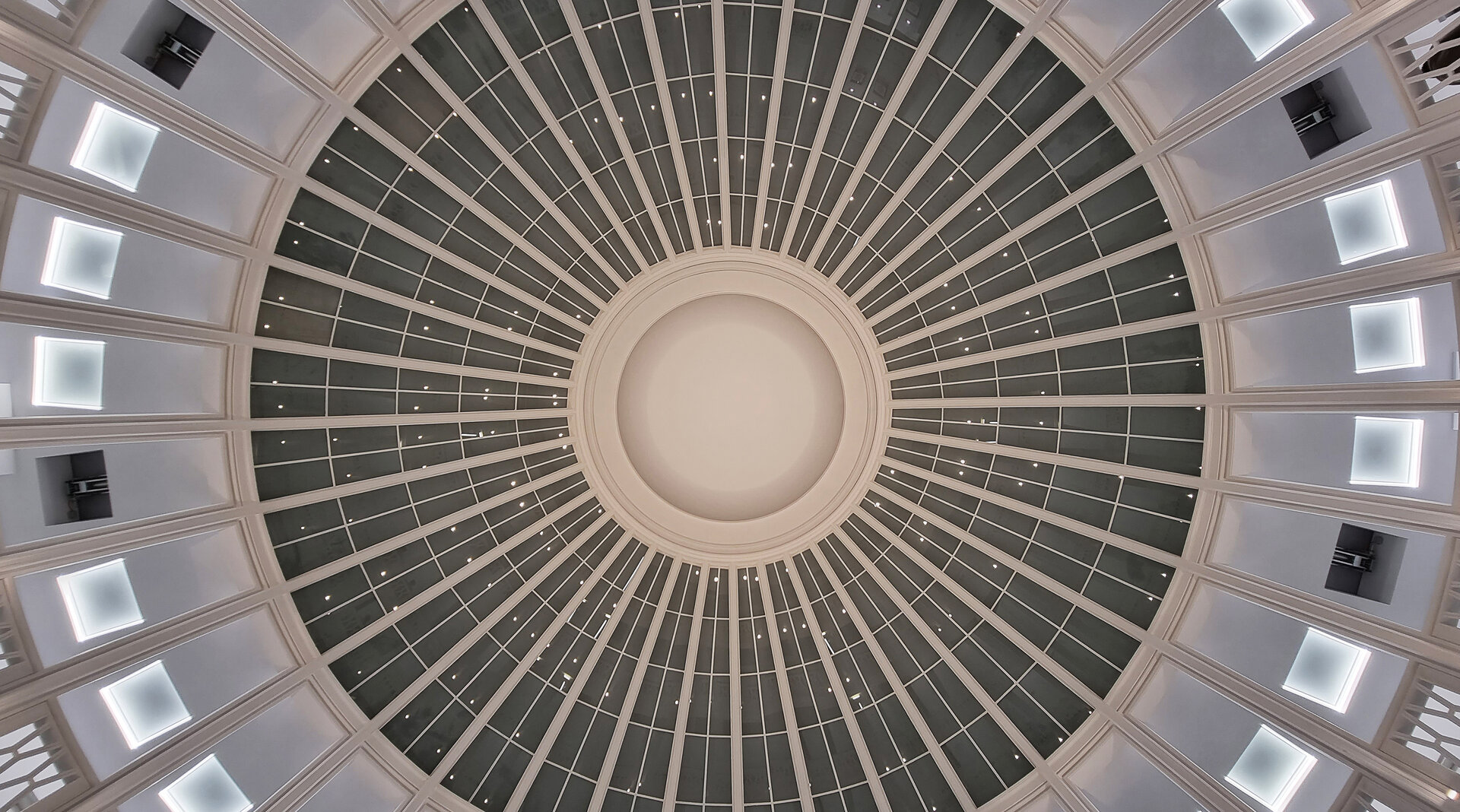 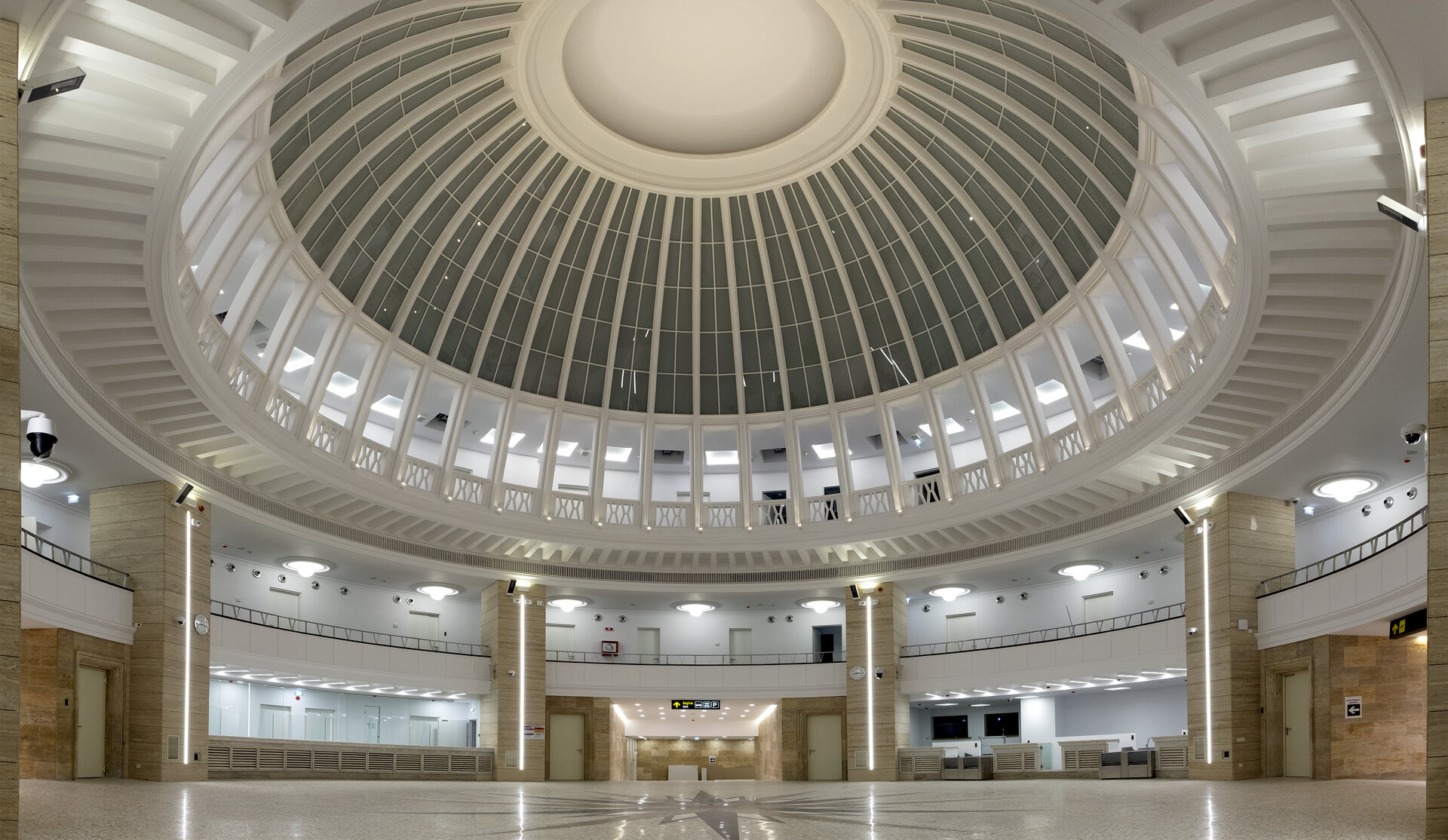 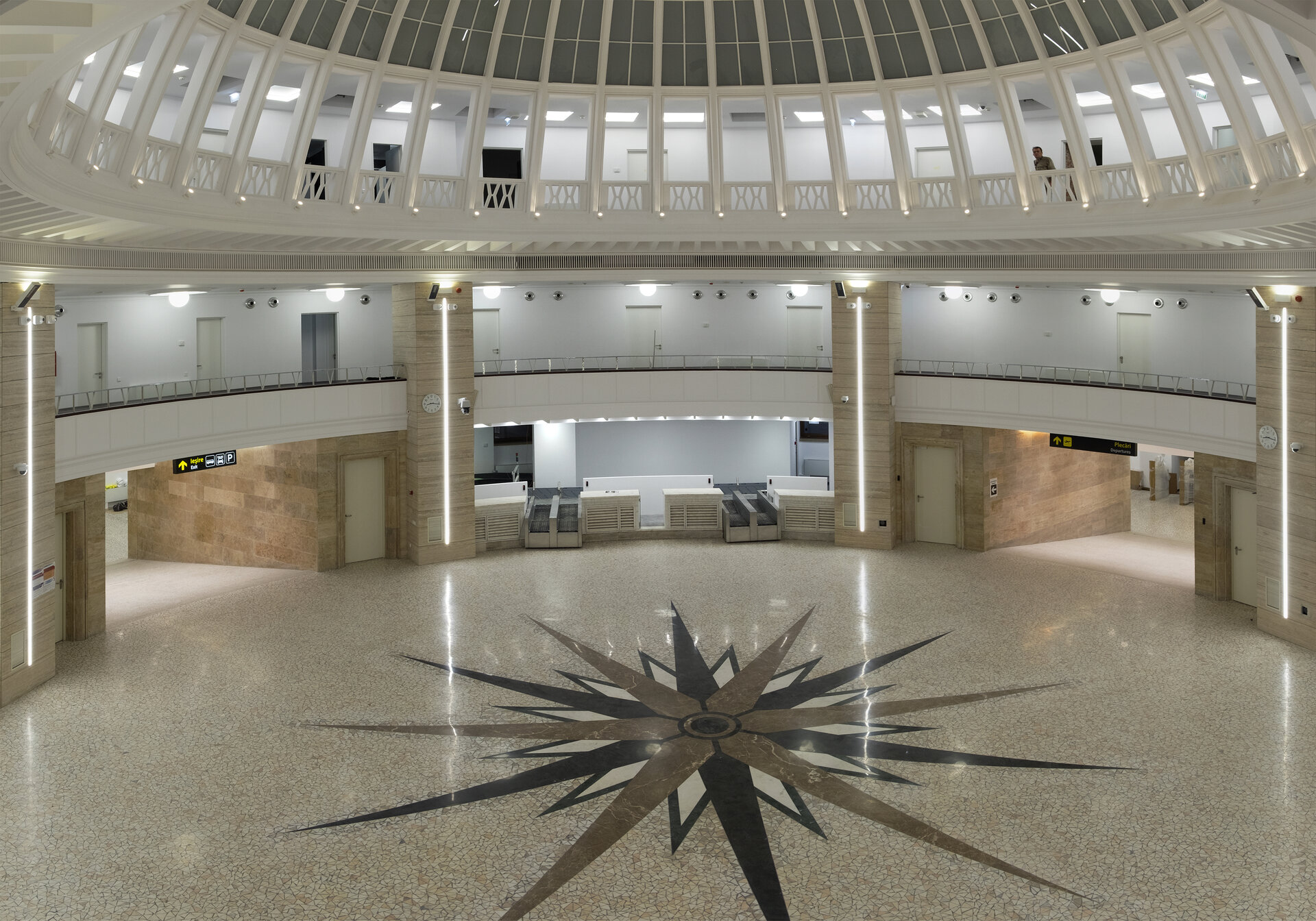 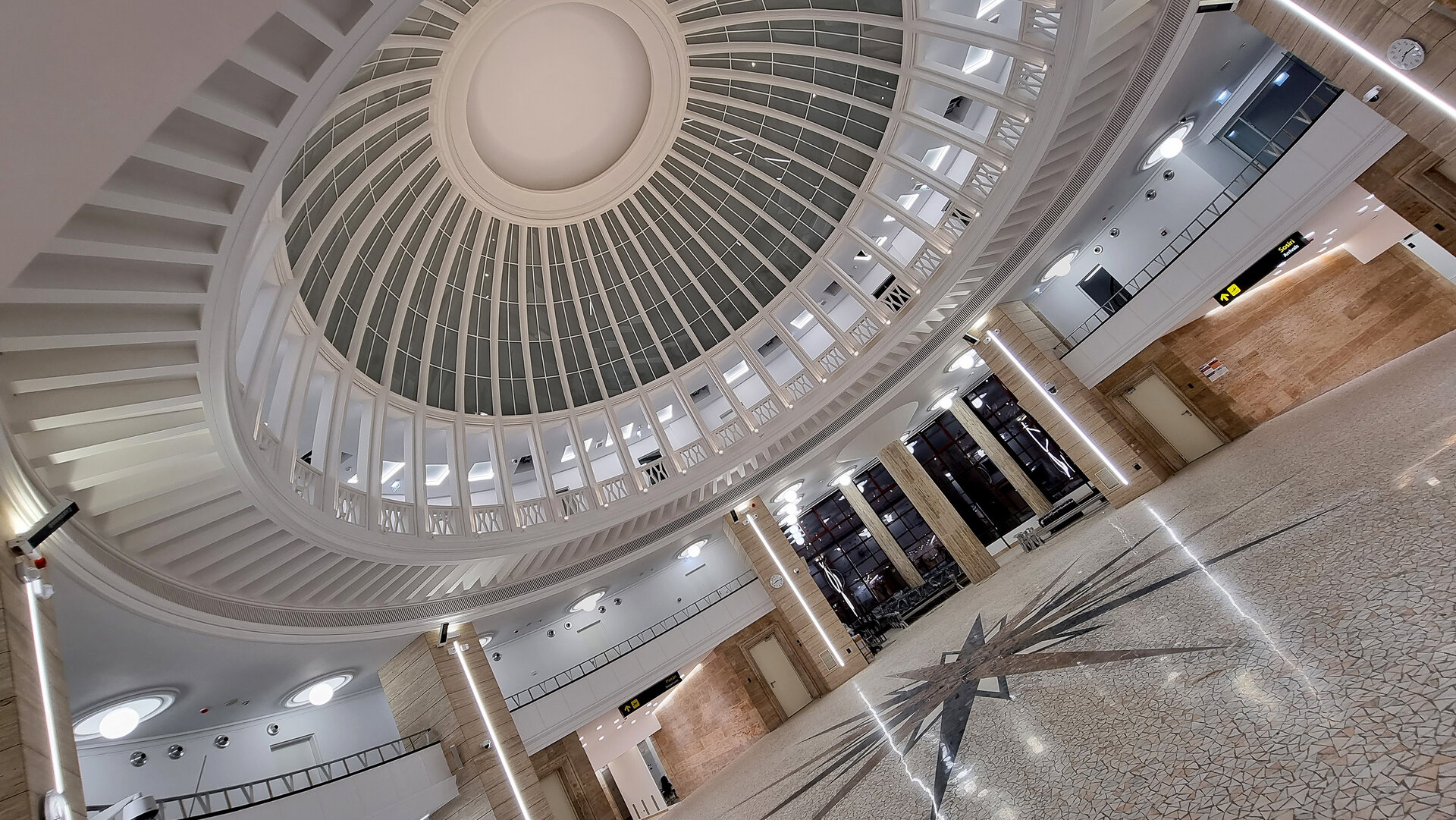 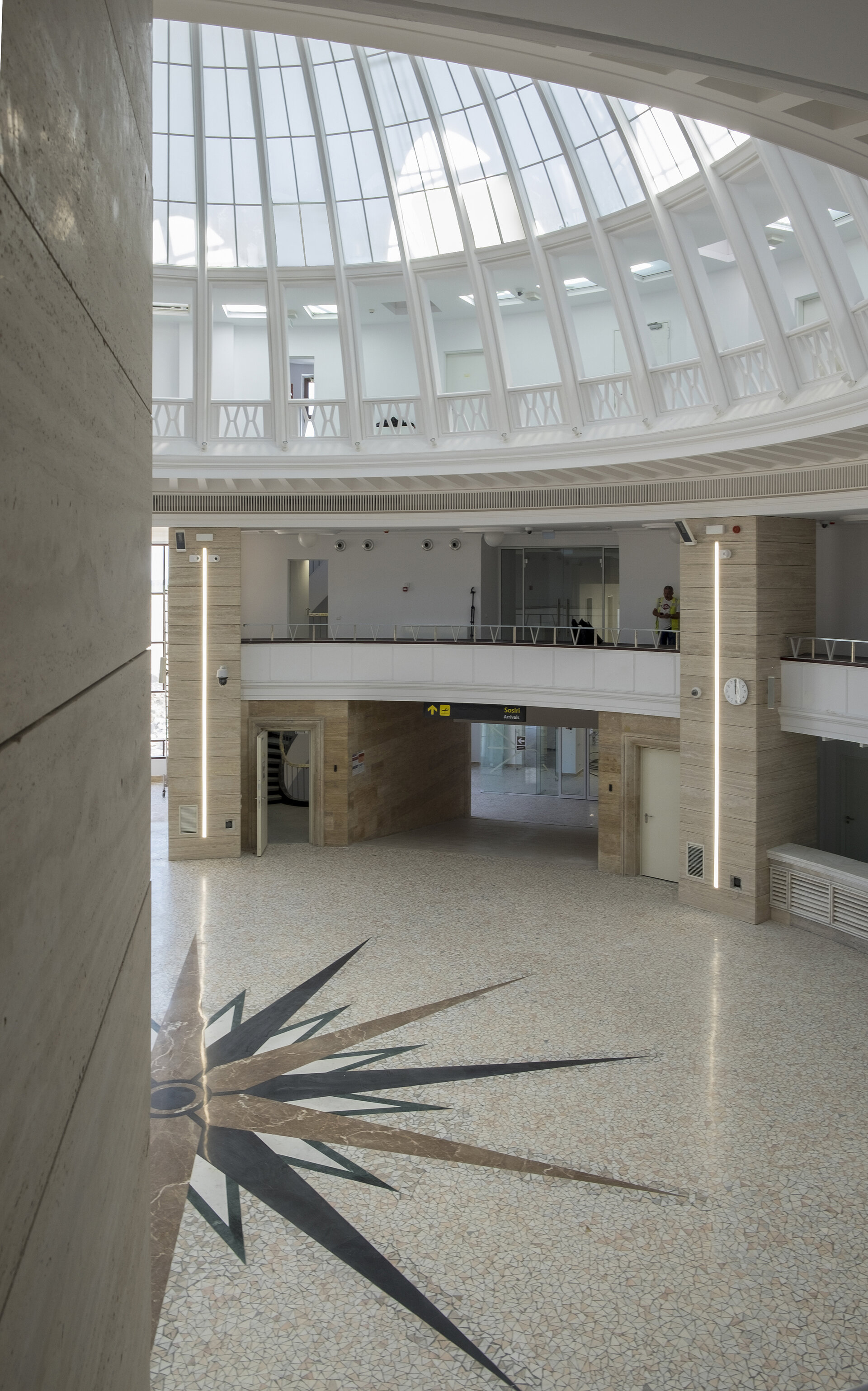 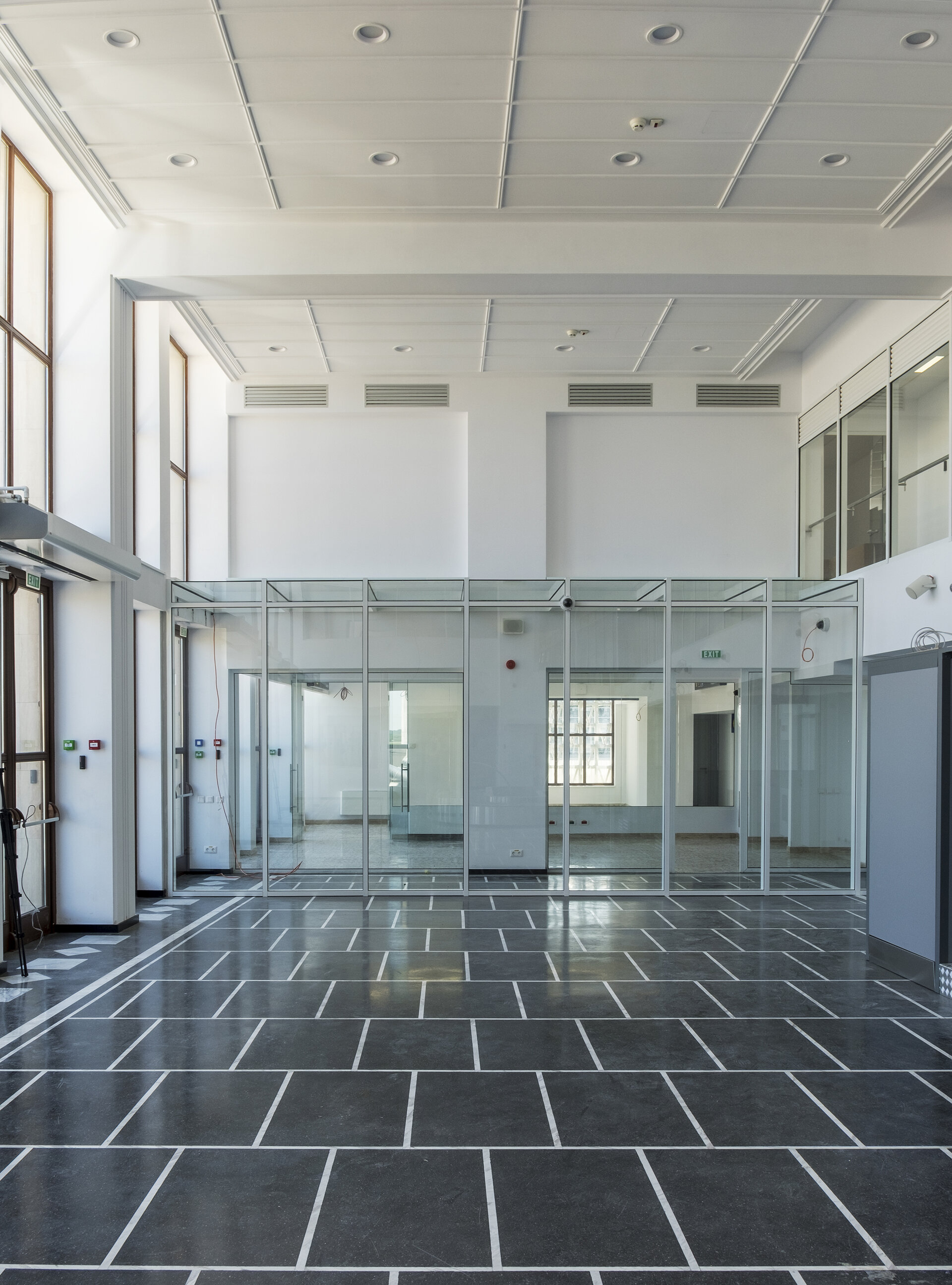 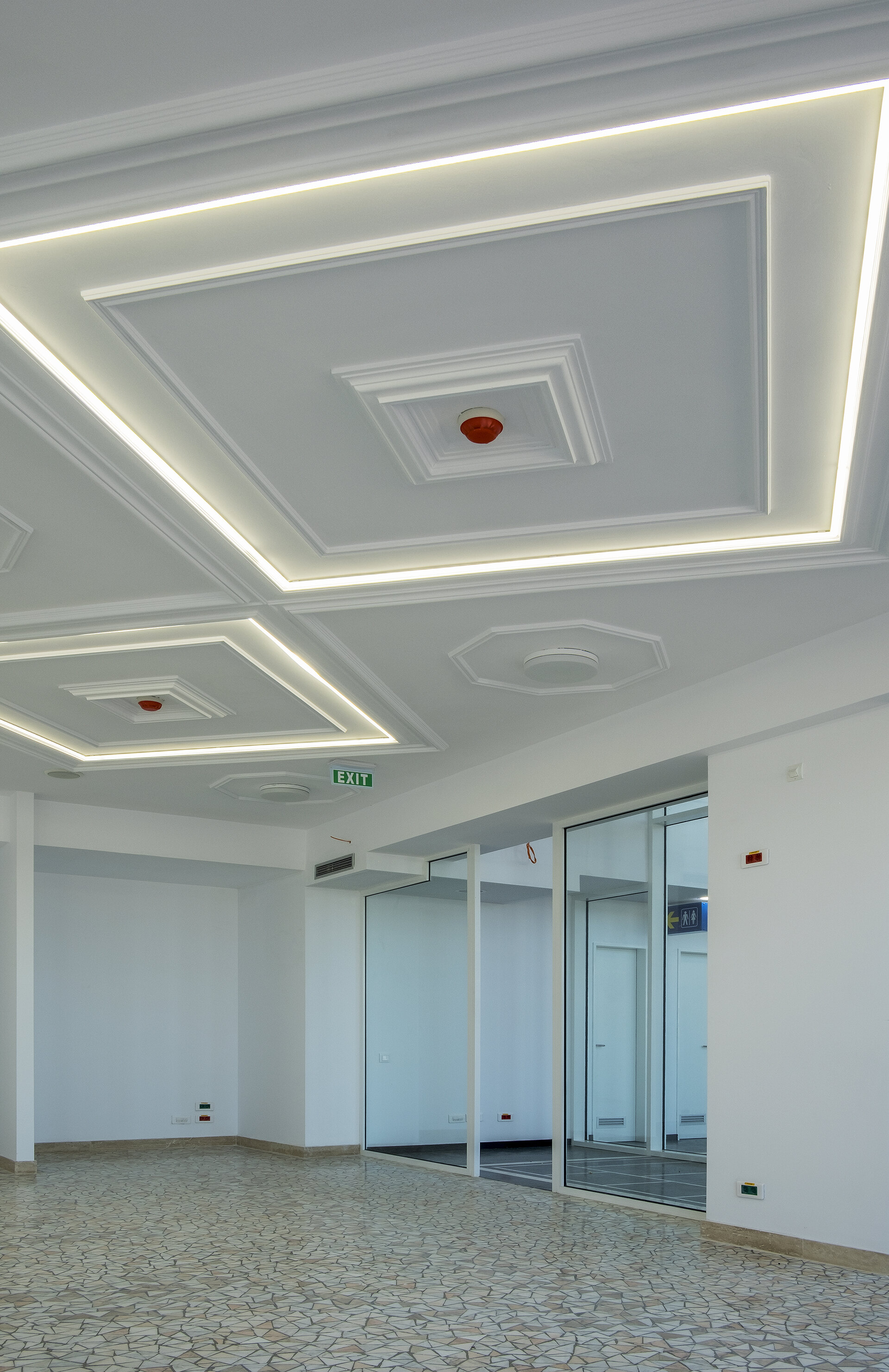 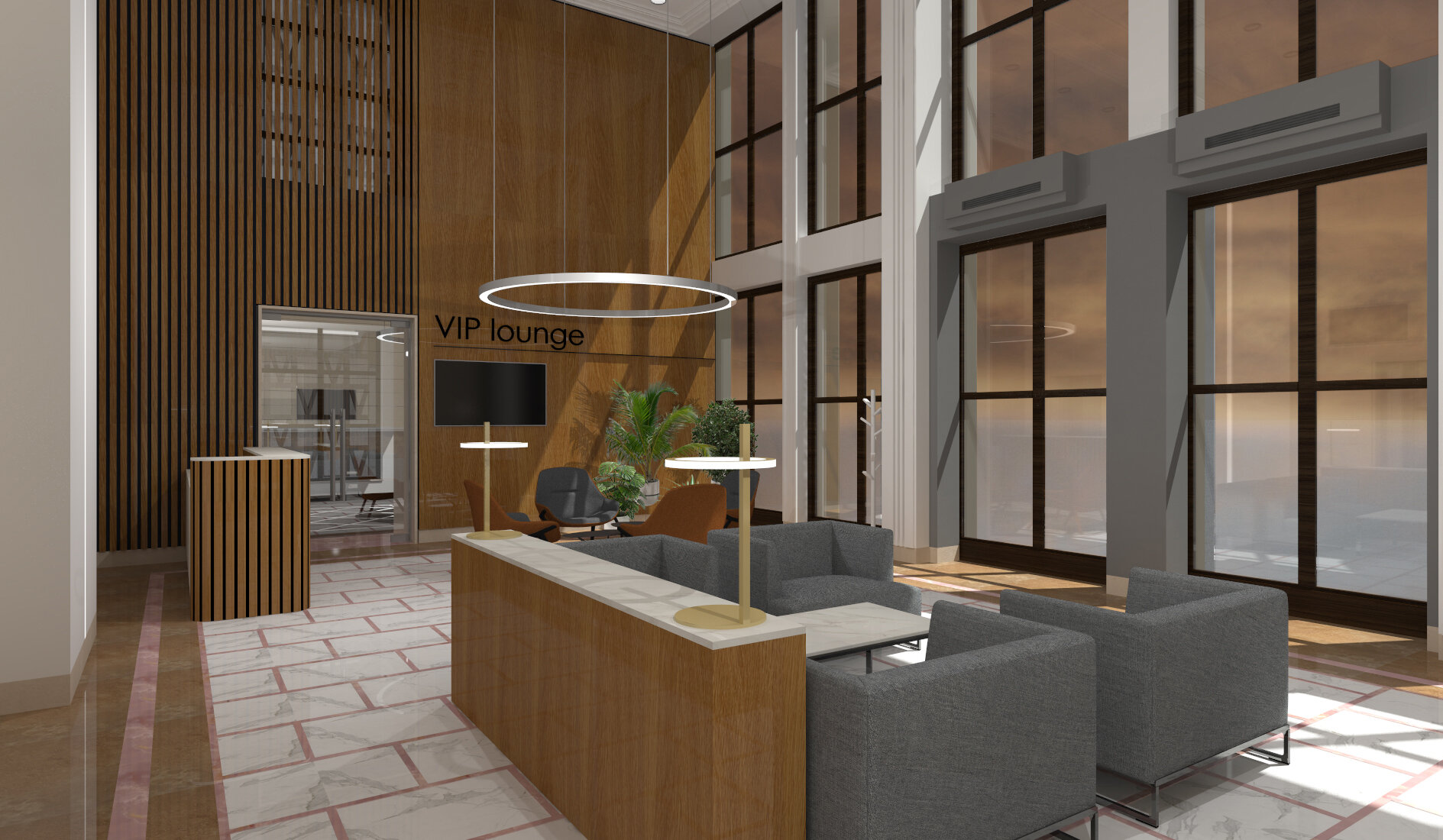 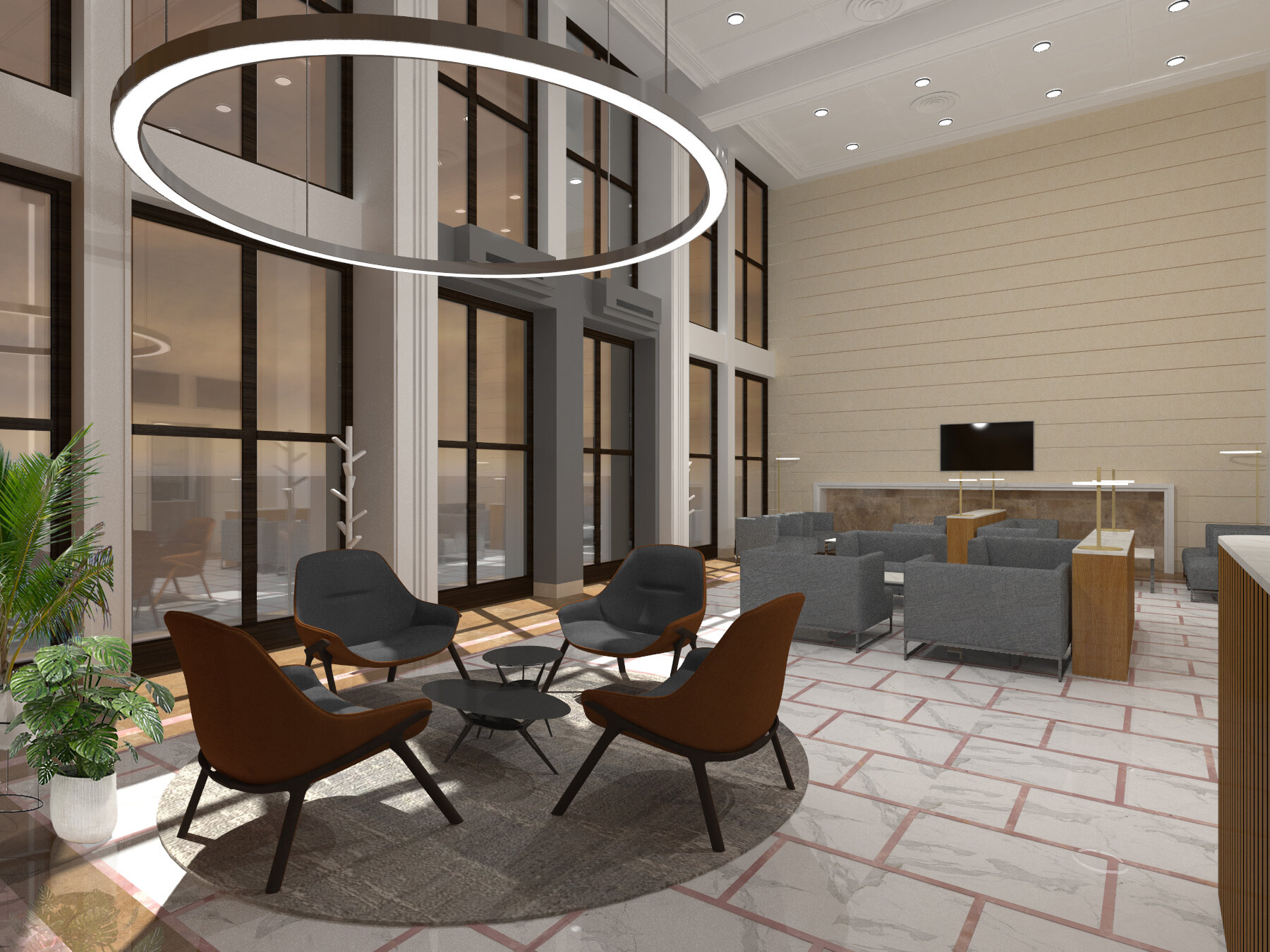 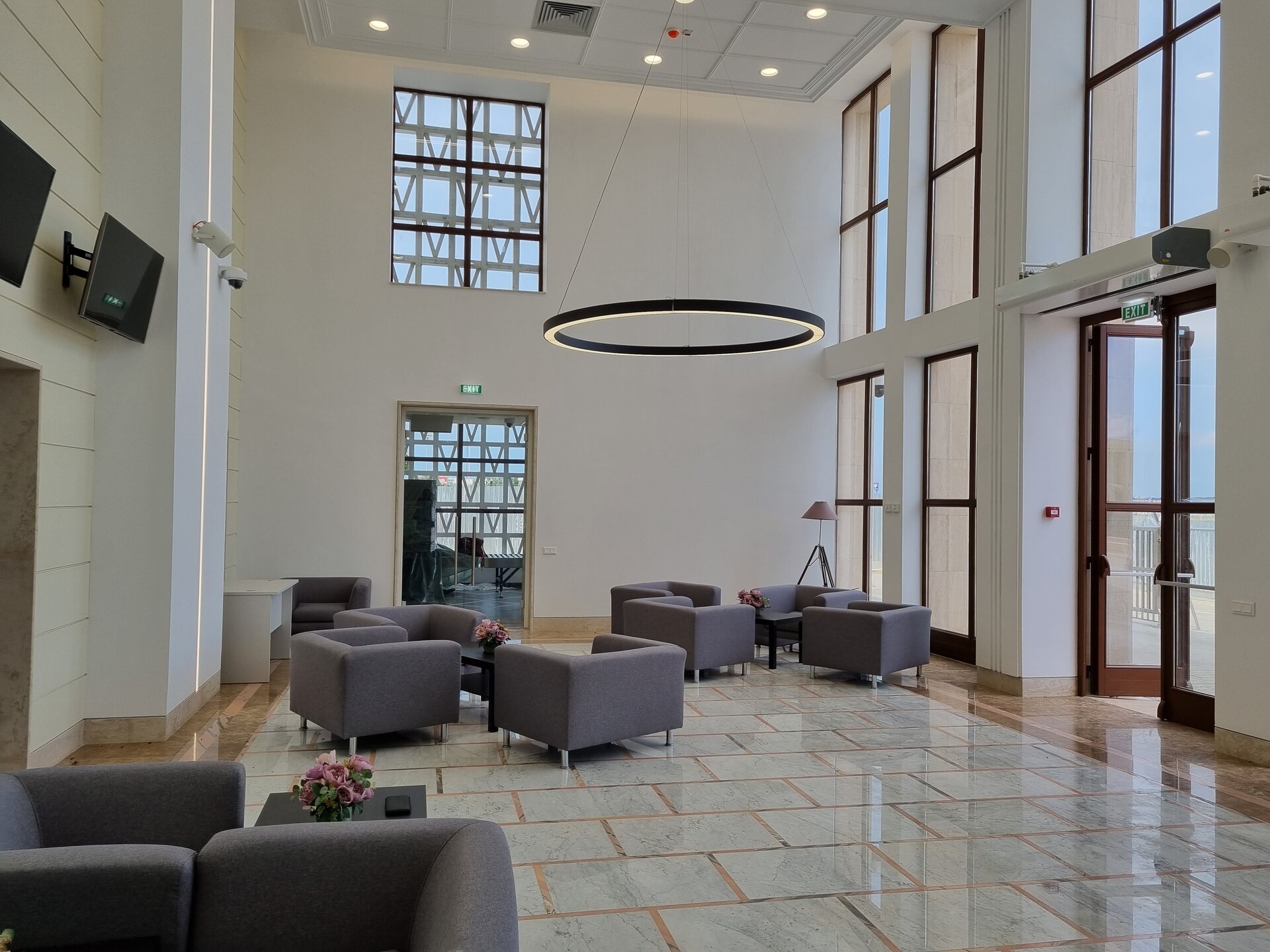 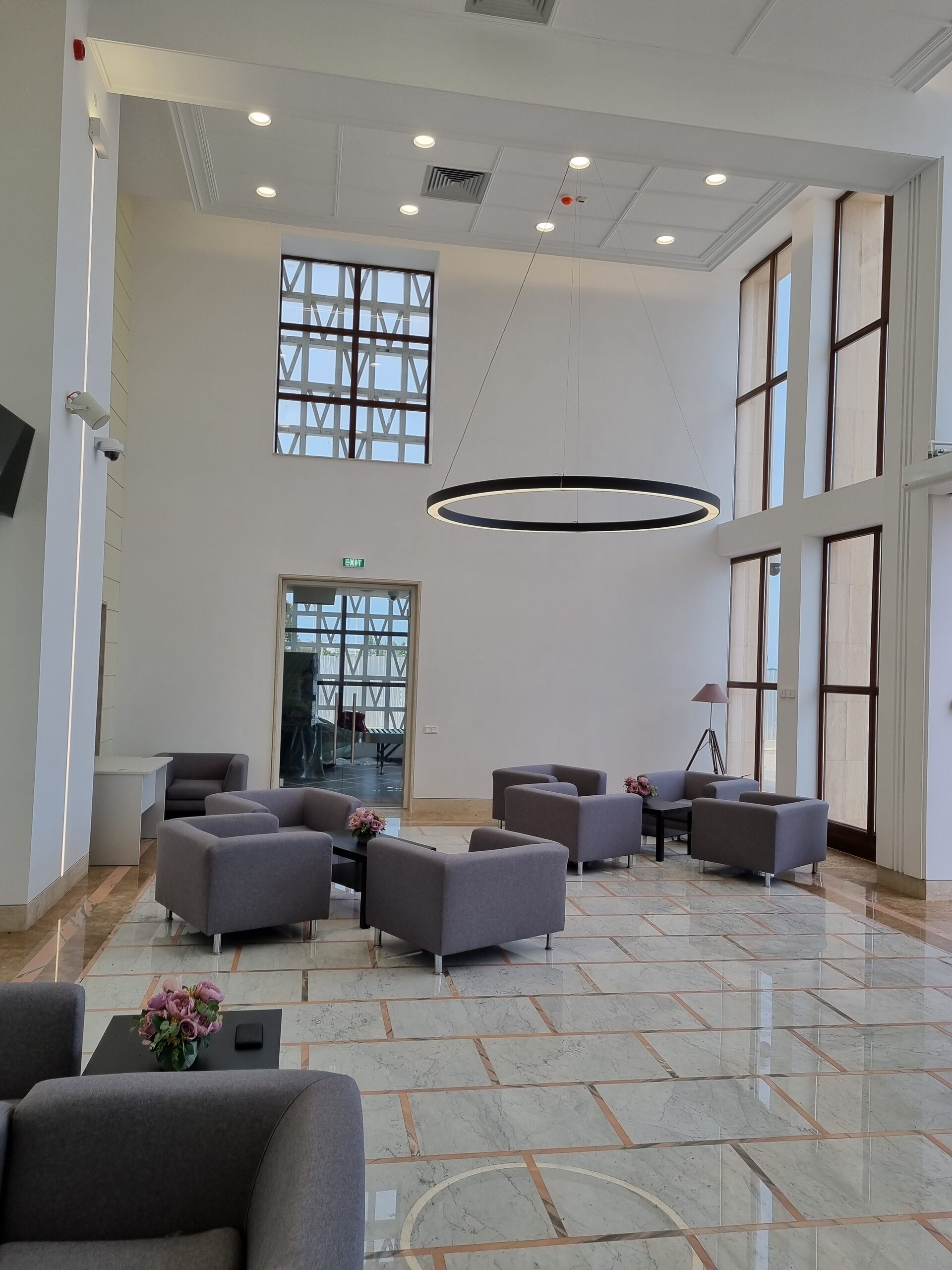 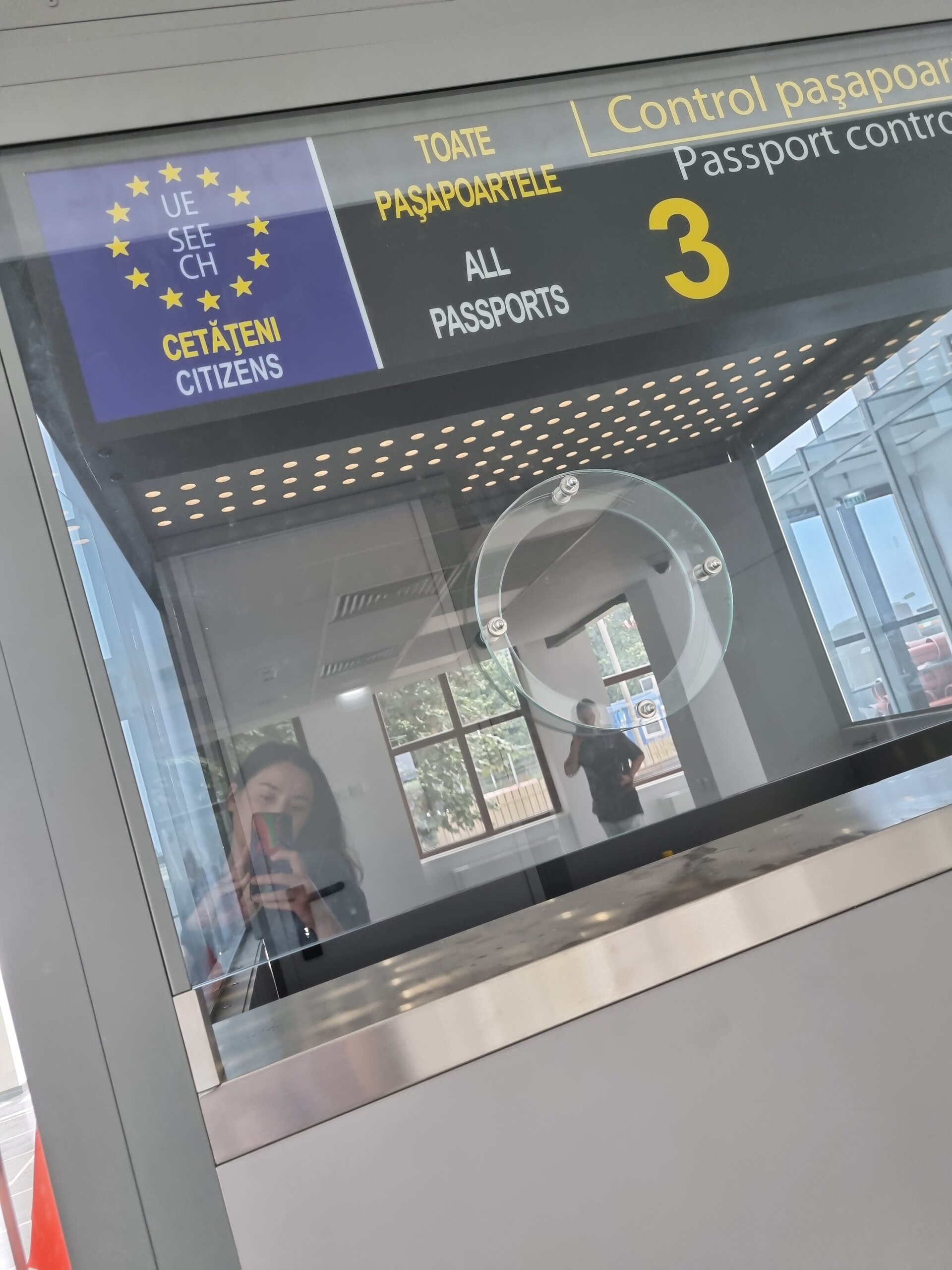 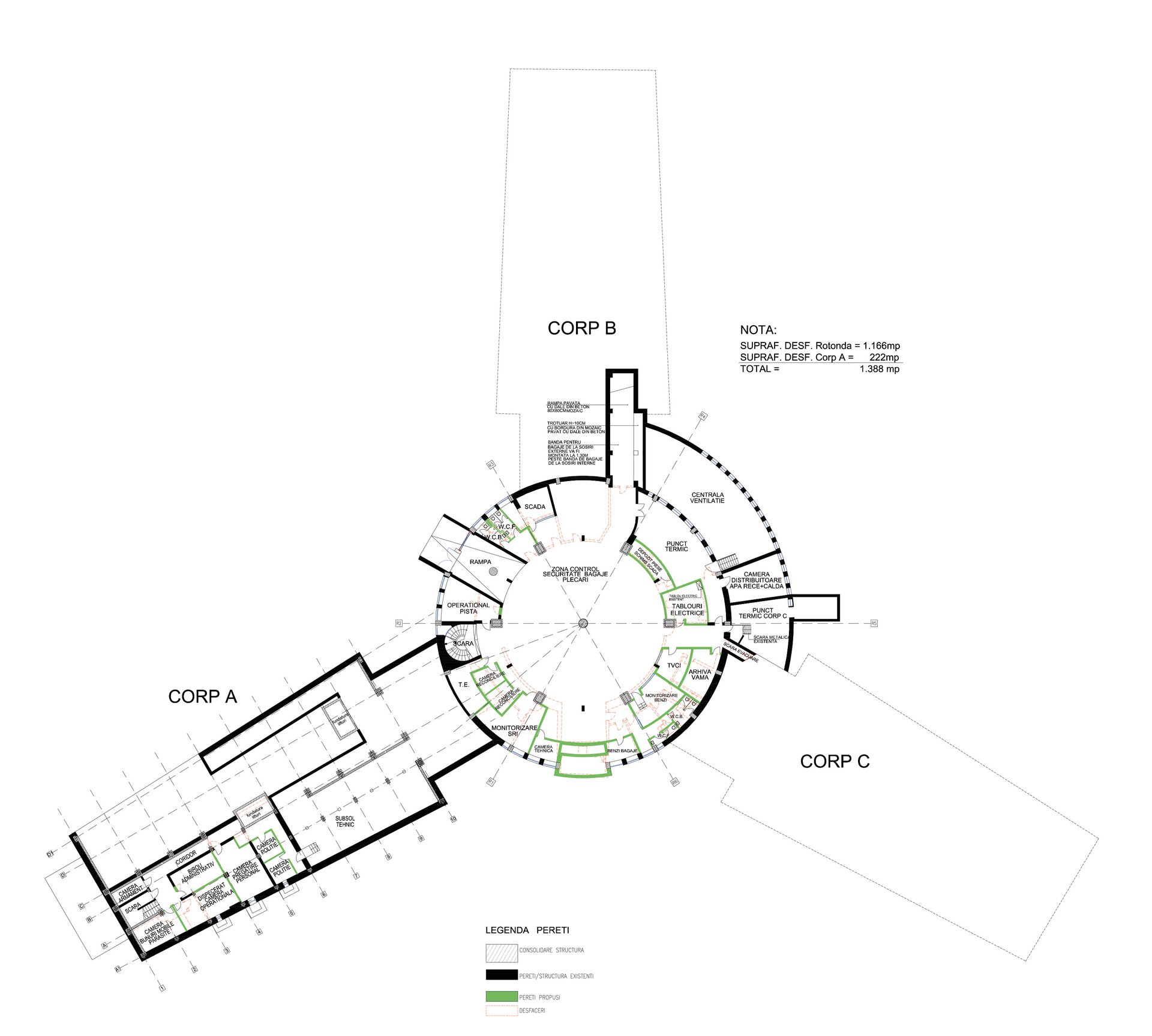 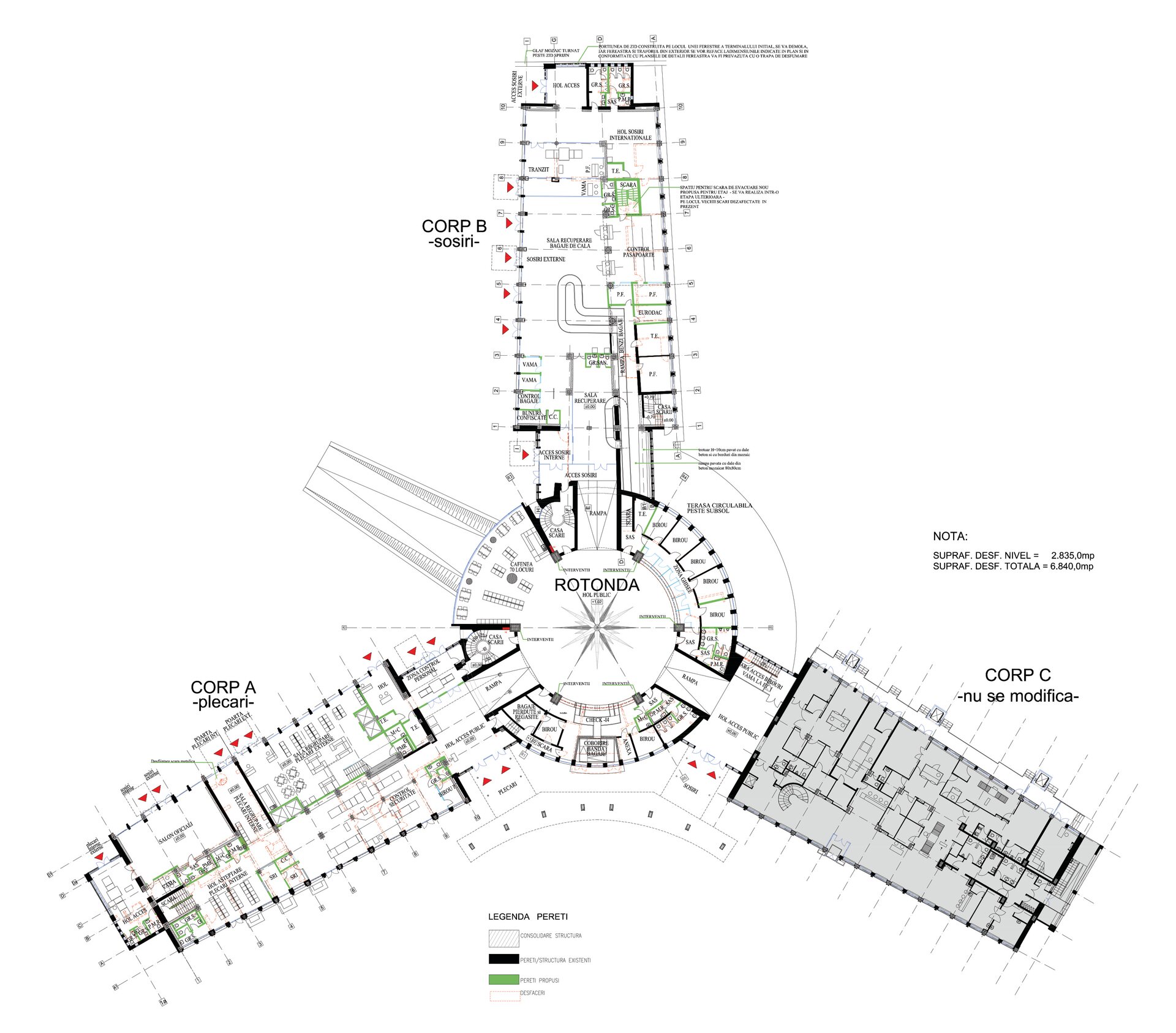 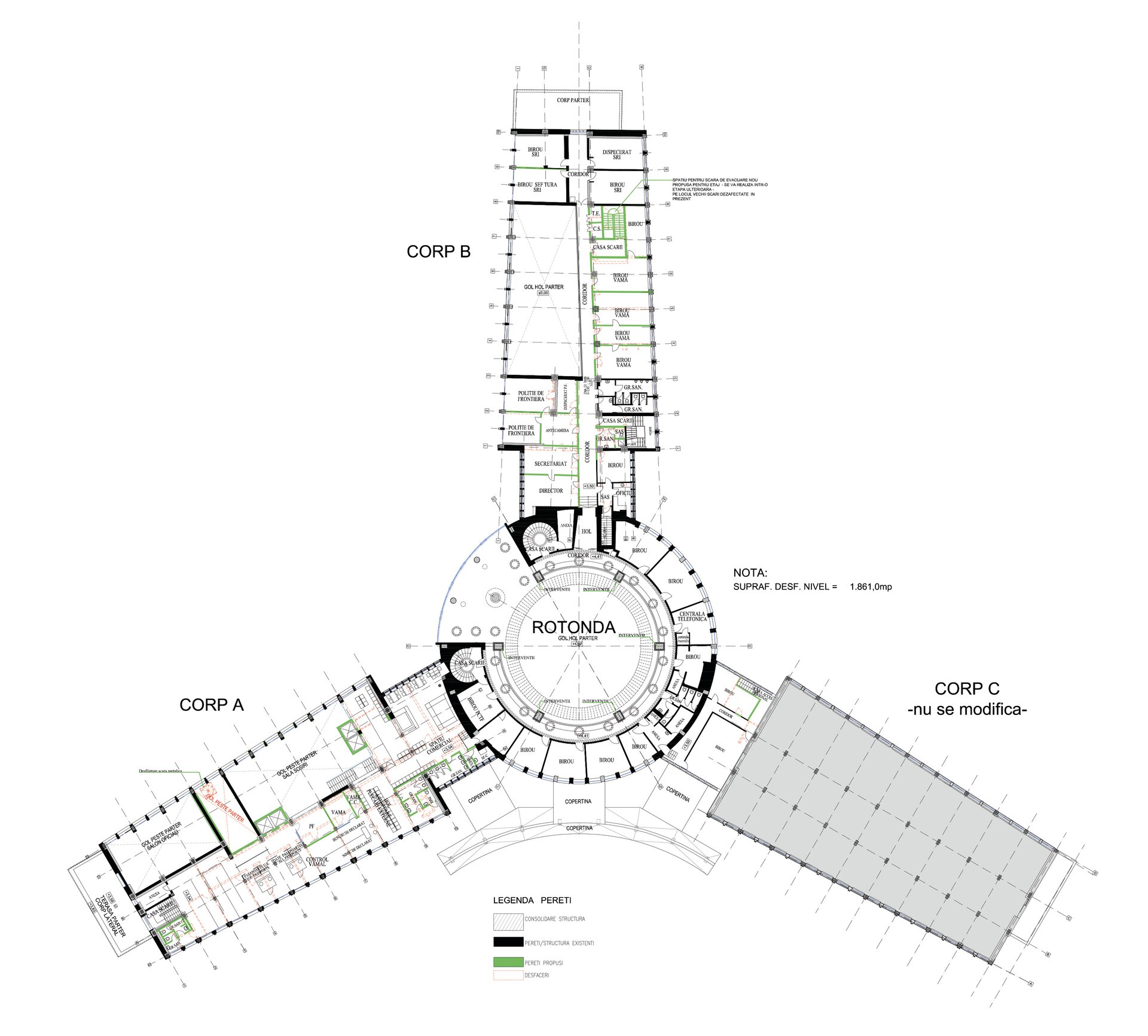 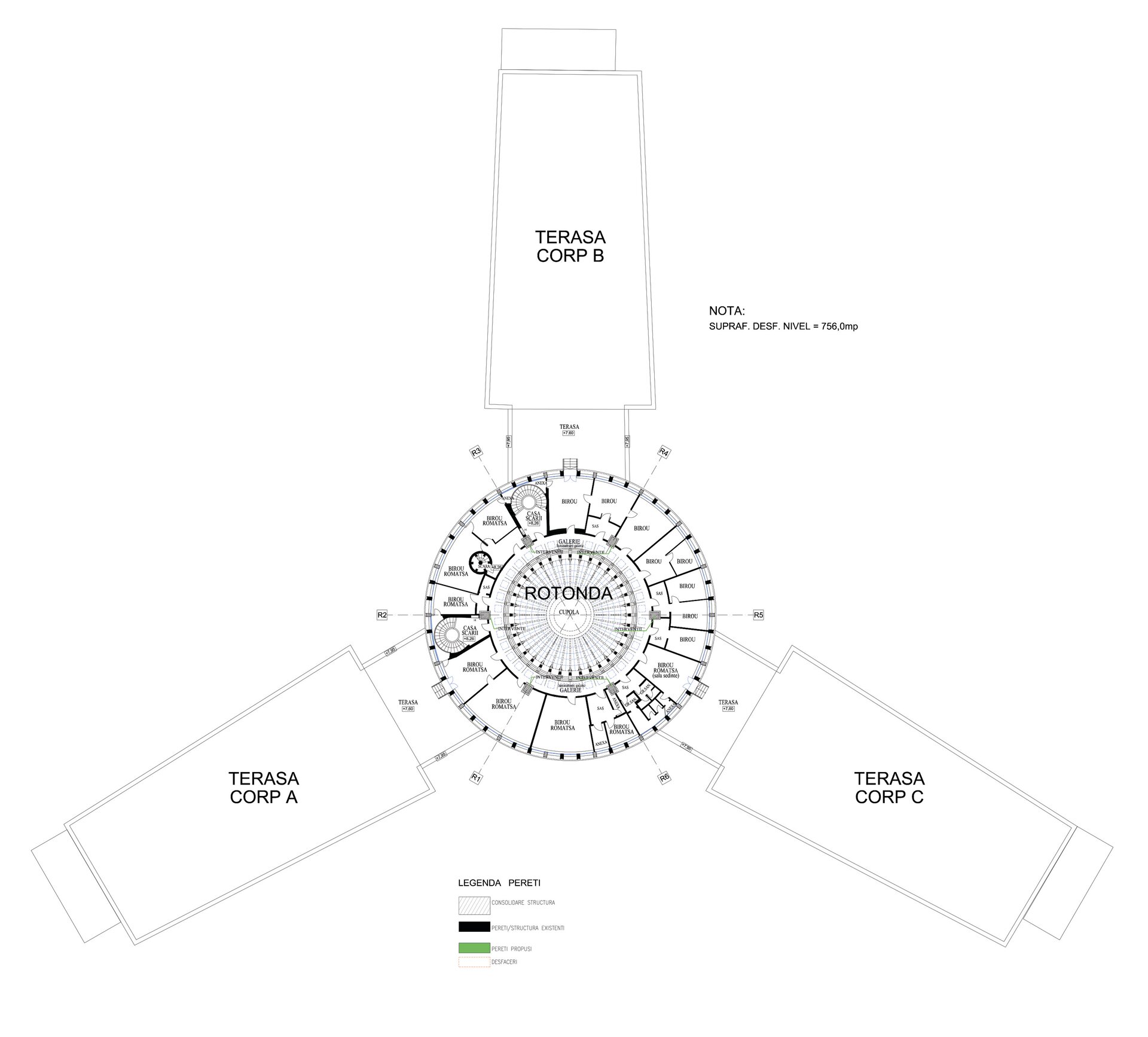 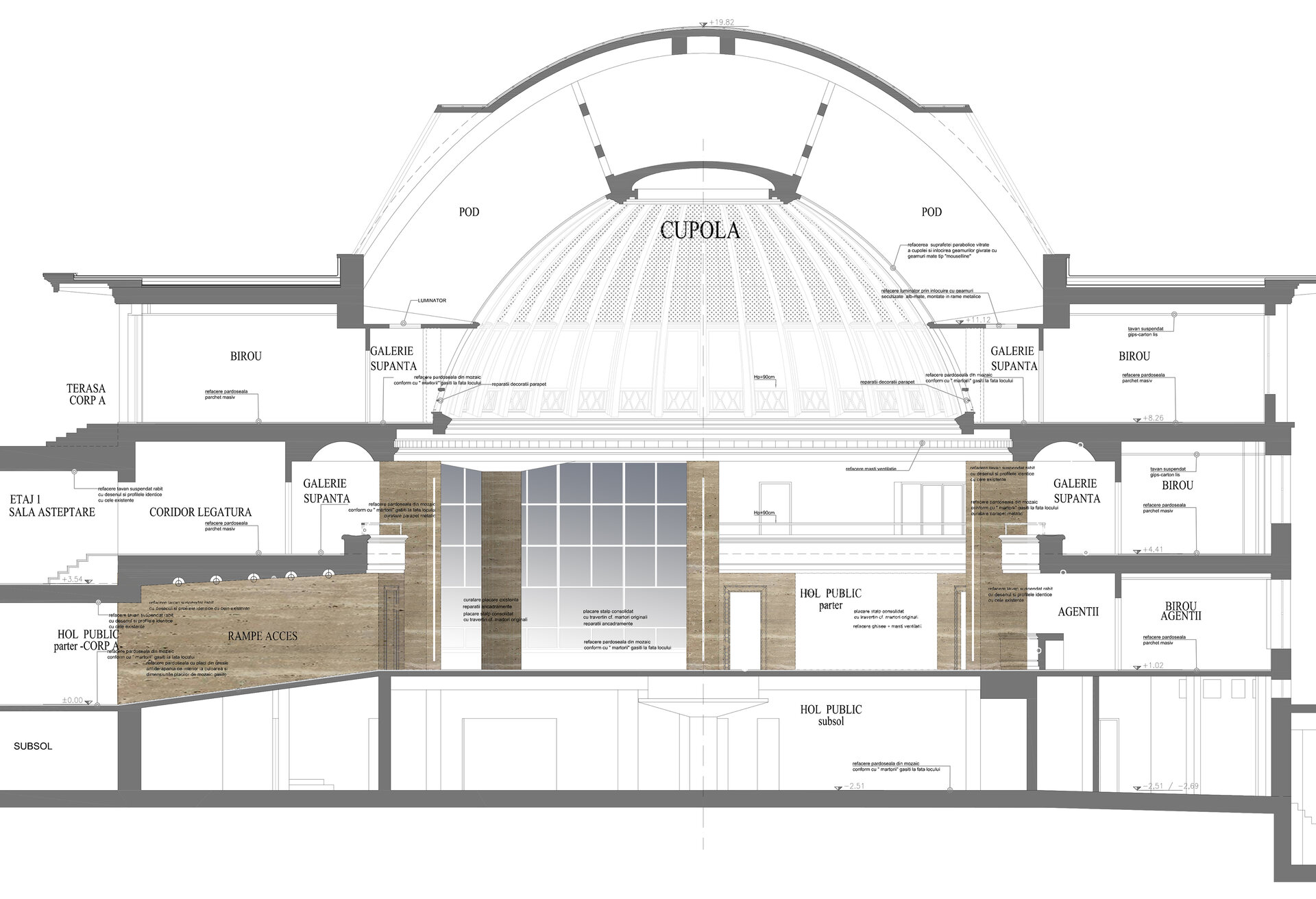 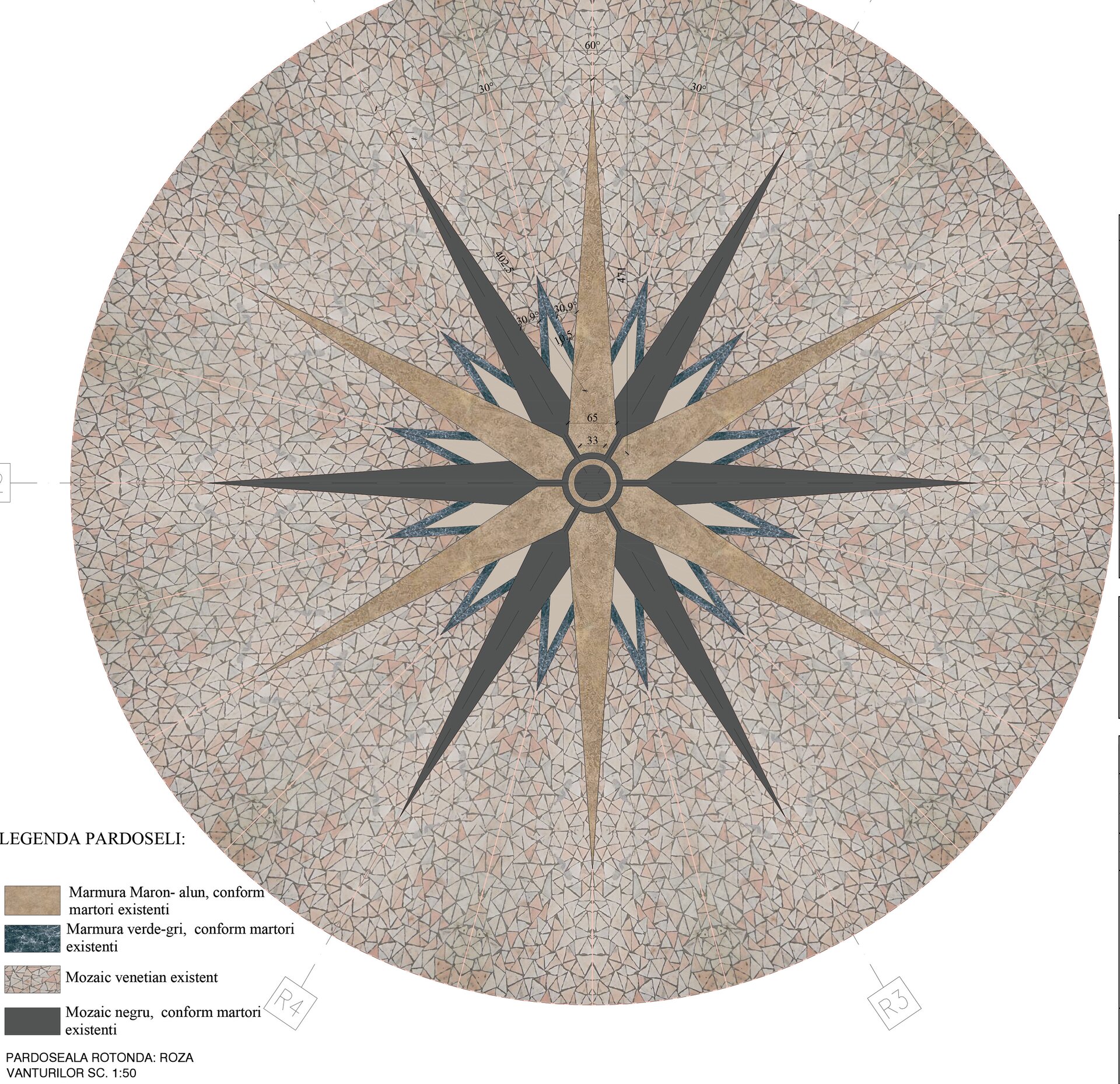 Edition 2016, Architecture Books Section
From form to place + Tectonics: an introduction to the study of architecture
arch. Ana Maria Hariton