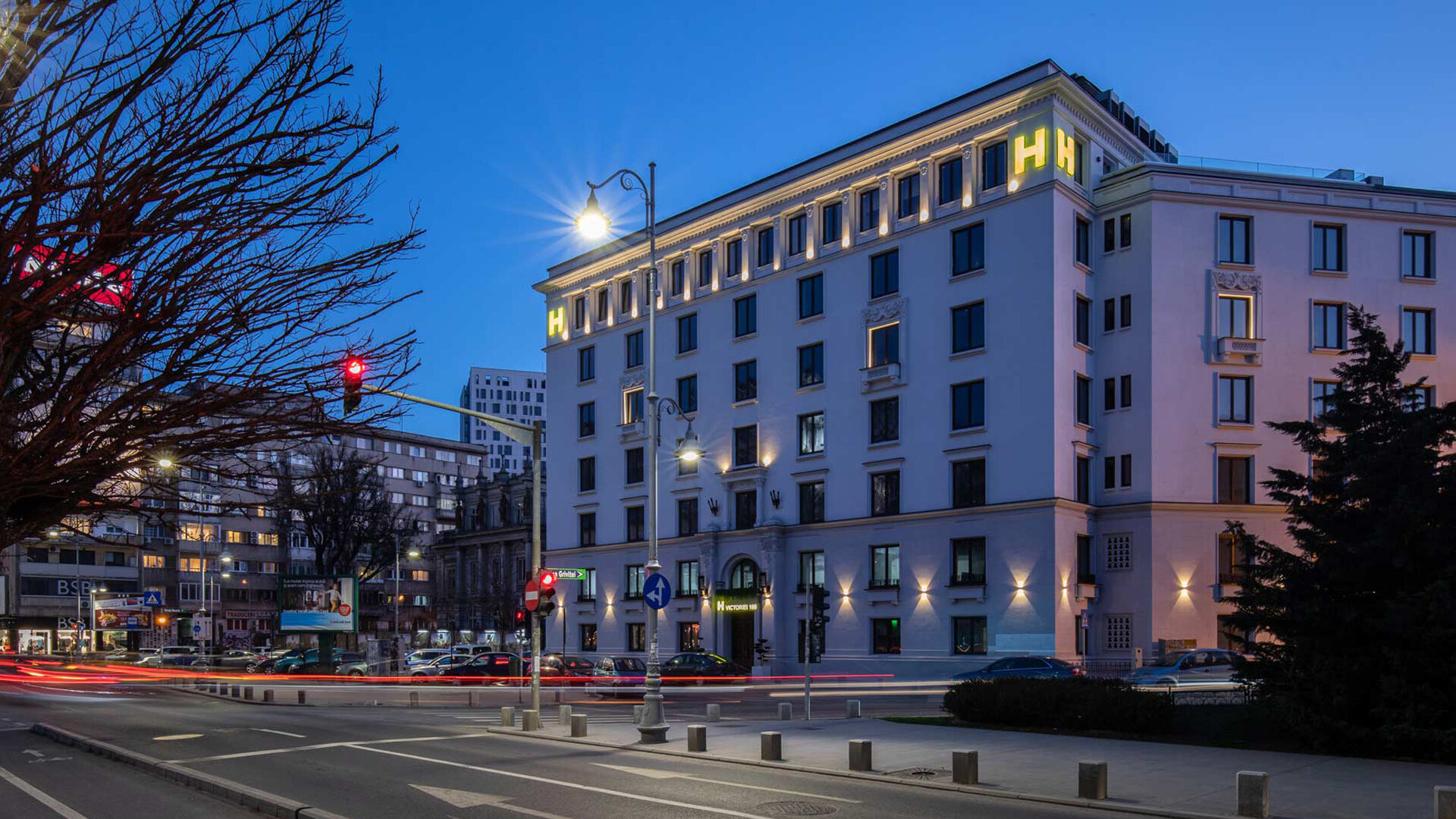 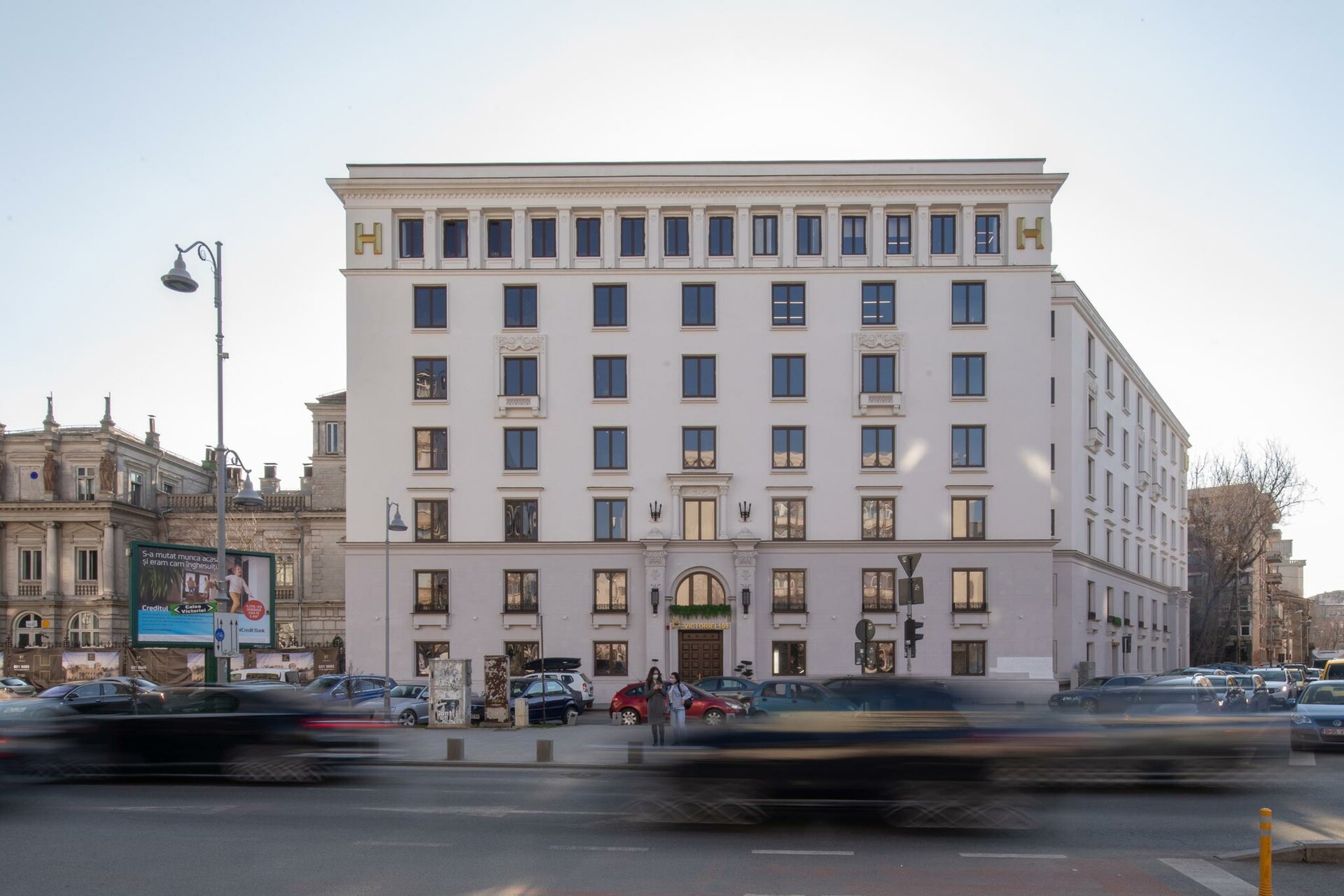 The building that lies at the crossroads between Calea Victoriei and Calea Griviţei received a second chance to be a part of the city once rehabilitated at the initiative of Hagag Development Europe by the end of 2020. Despite its excellent position, the building had been abandoned for several years, but it has been reintegrated in the city, part of an urban regeneration process. Today, the building hosts offices and retail on the ground floor, similar to its’ previous function.
The building we see today is a result of several interventions since its existence. In 1955, architects G. M. Cantacuzino and Octav Doicescu collaborate for the project of a ten-story apartment building, that was only partially built. During ’45-46, they design a multistory office building on a piece of land belonging to Stirbey family. After the ’49 nationalization, the project is taken over by architect Ion Giurgea, who in 1953 extends the building towards Stirbey Palace, adds more levels and redesigns the building in a realist-socialist manner. The last extension involved adding a six-floor wing on Calea Griviţei. The building hosted the headquarters of The Design Institute of Coal, IPROMIN, and OMV-Petrom.
At the beginning of the retrofit process in 2017, the building was a maze of offices, cabinets and meeting rooms, connected in unexpected ways, all frozen in the ‘80s and ‘90s. The intervention involved creating an open plan that offered the flexibility required by a contemporary office. One of the main challenges for the design team was to integrate technical equipment systems in a building with limited height floors, that were initially designed as apartments. By using modern retrofit solutions, H Victoriei 109 provides work and public spaces with contemporary high-quality standards.
While the interior underwent a major transformation process, the intervention over the facades was a very discreet one. For the restoration, we used special materials for historical facades and stucco to repair the deteriorated decorations. The texture of the base was manually restored with special techniques. The woodwork was redone. We kept the two existing staircases, including the outstanding winding staircase, and we added a metallic exterior staircase for fire safety reasons on the back facade.
The facades have a desaturated chromatics, with warm undertones inspired by the original palette. The design of the two lobbies is in line with the exterior appearance: clear, simple lines with neutral, warm colors, that add up to the discreet golden accents. The terraces of the last two floors offer a splendid panorama over the city.
The intervention over historical buildings is a complex matter, especially when they are placed in protected historical areas or if they are officially historical monuments, but the satisfaction of giving back a part of its history to the city is well worth it. 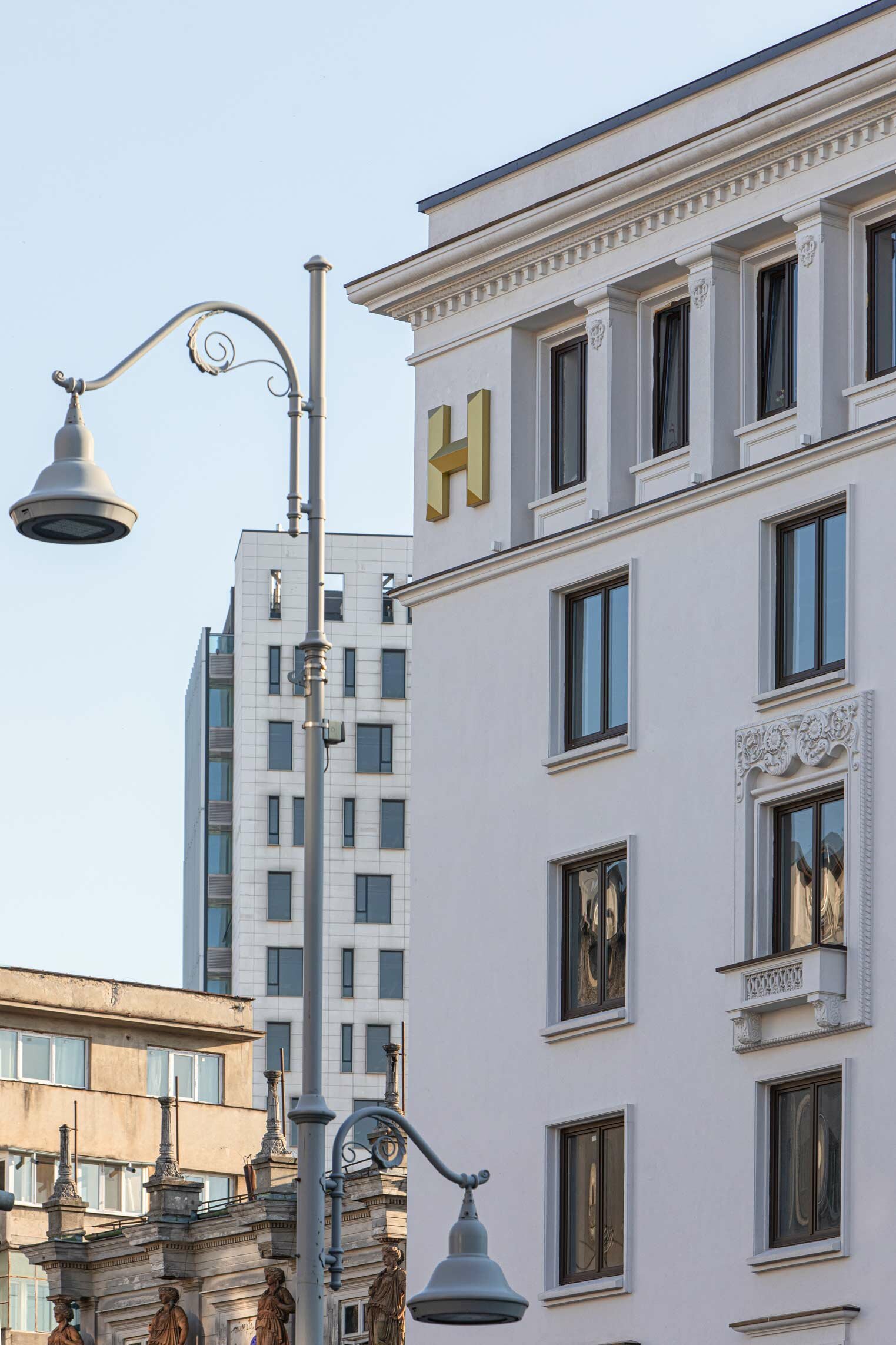 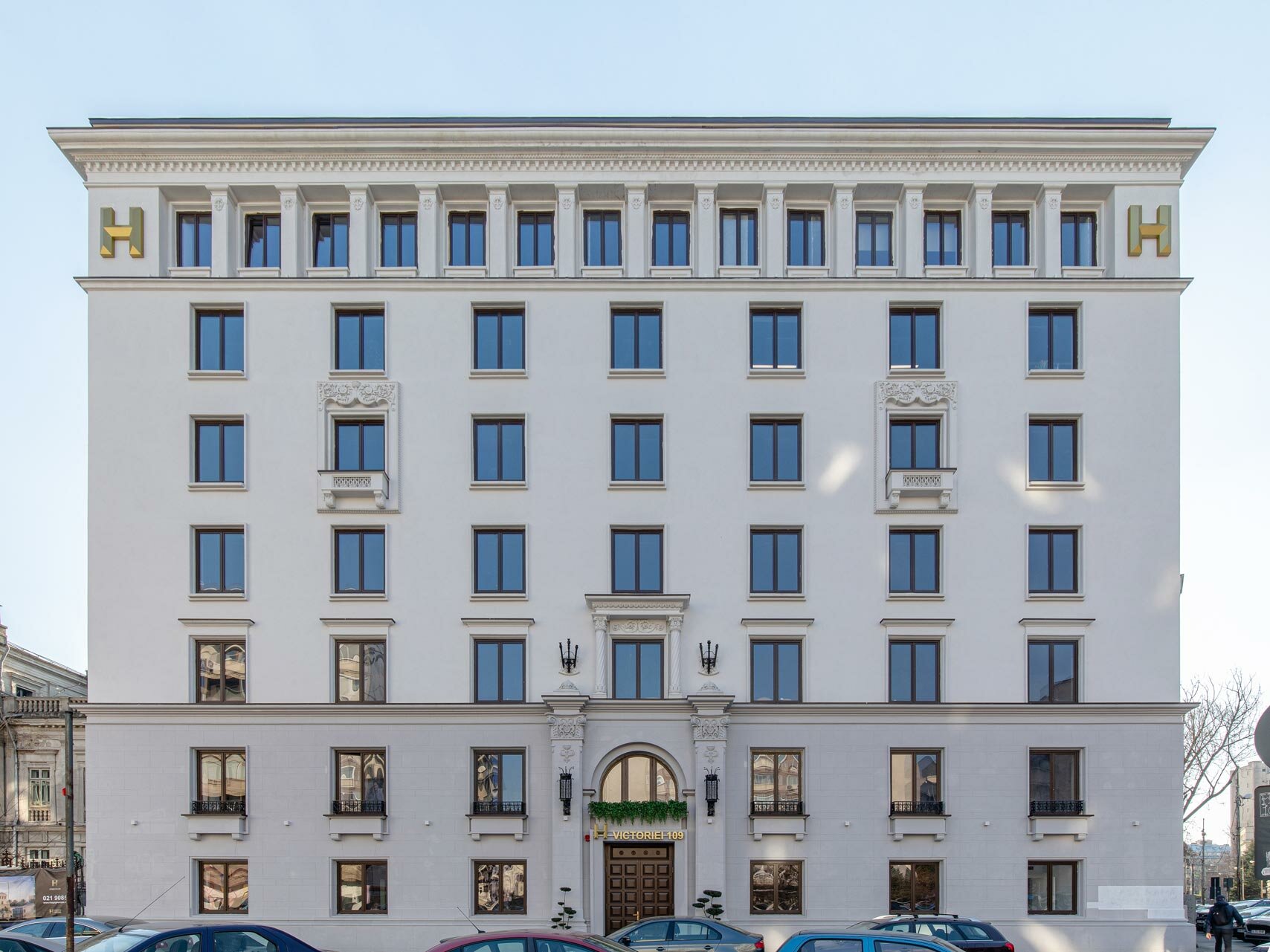 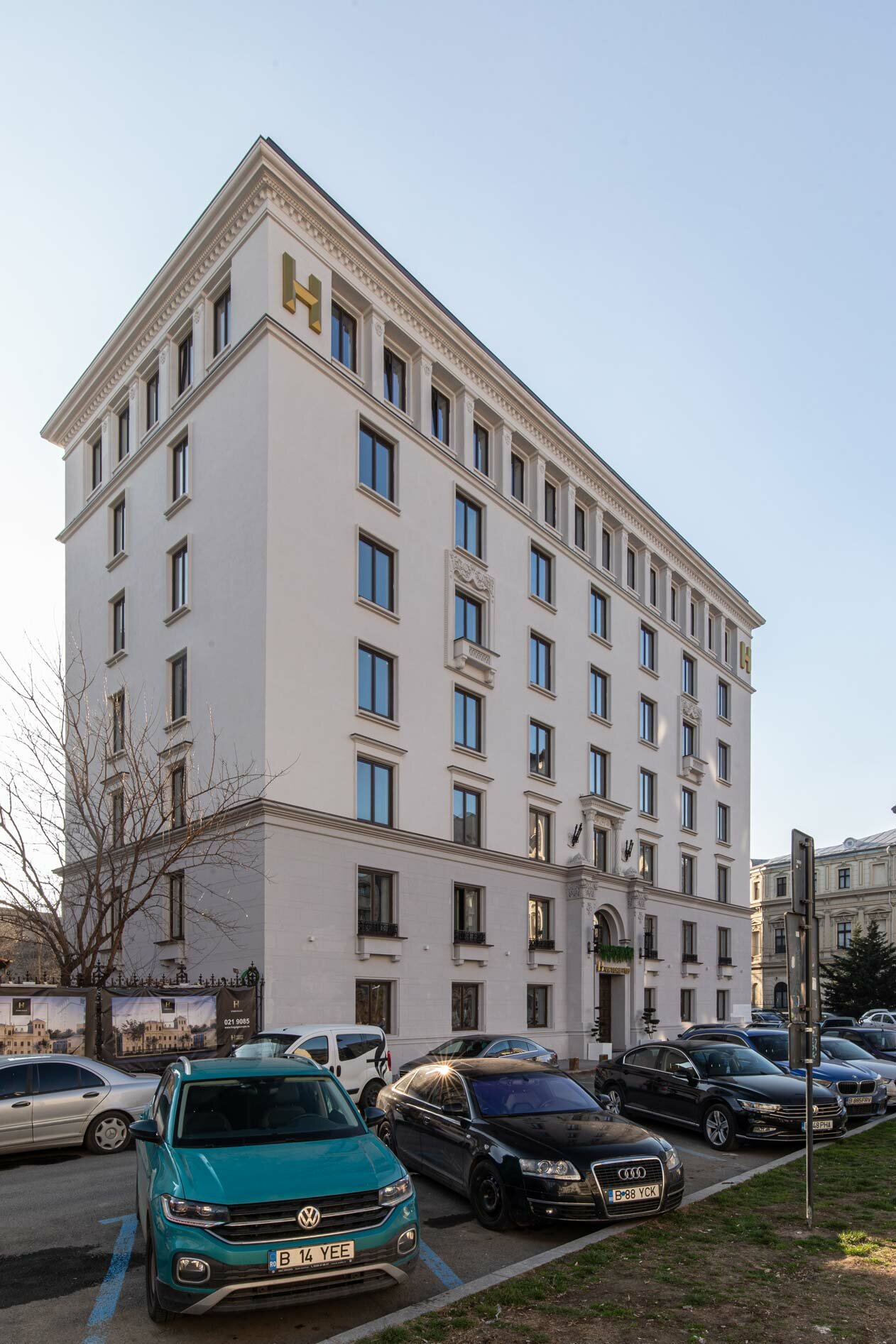 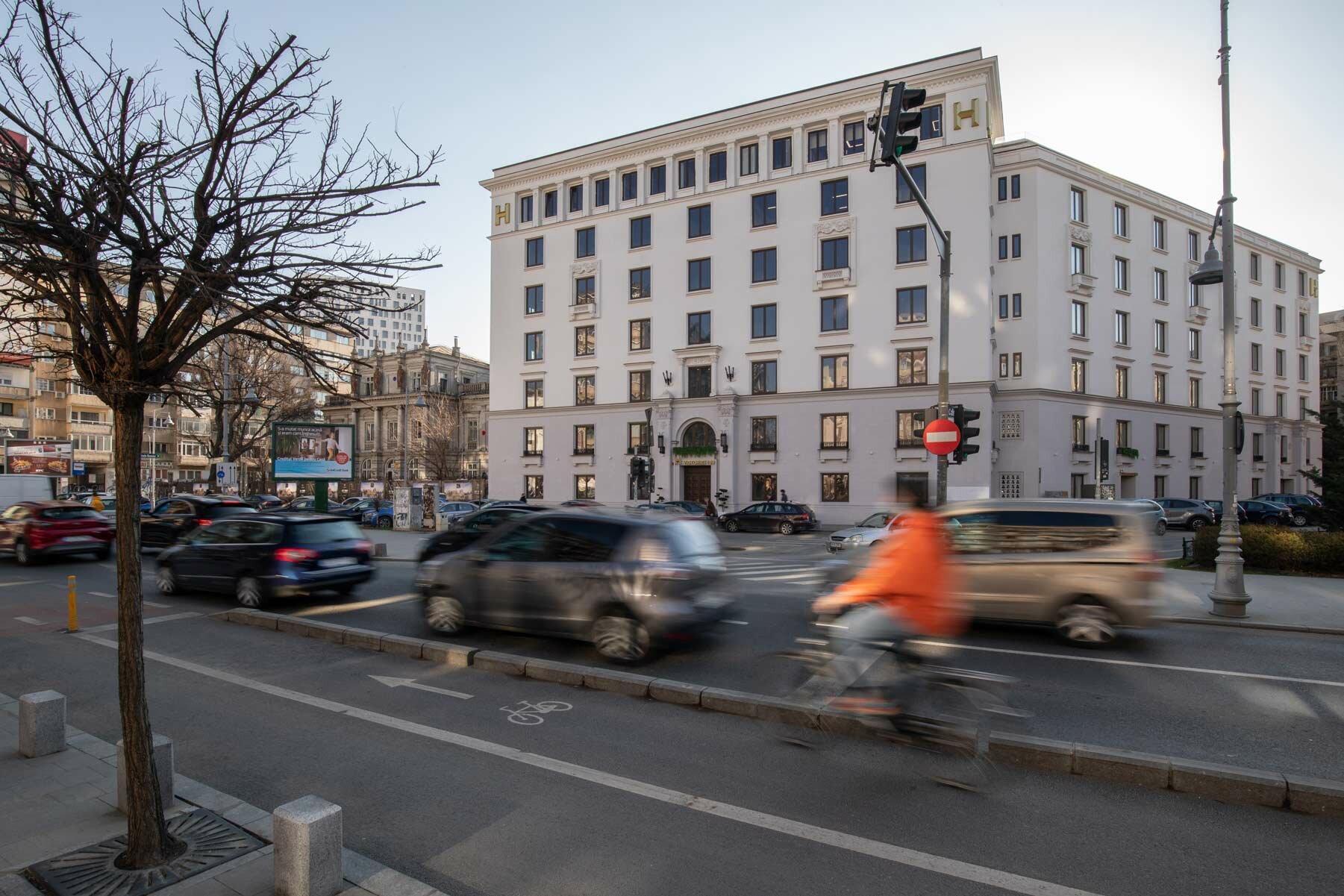 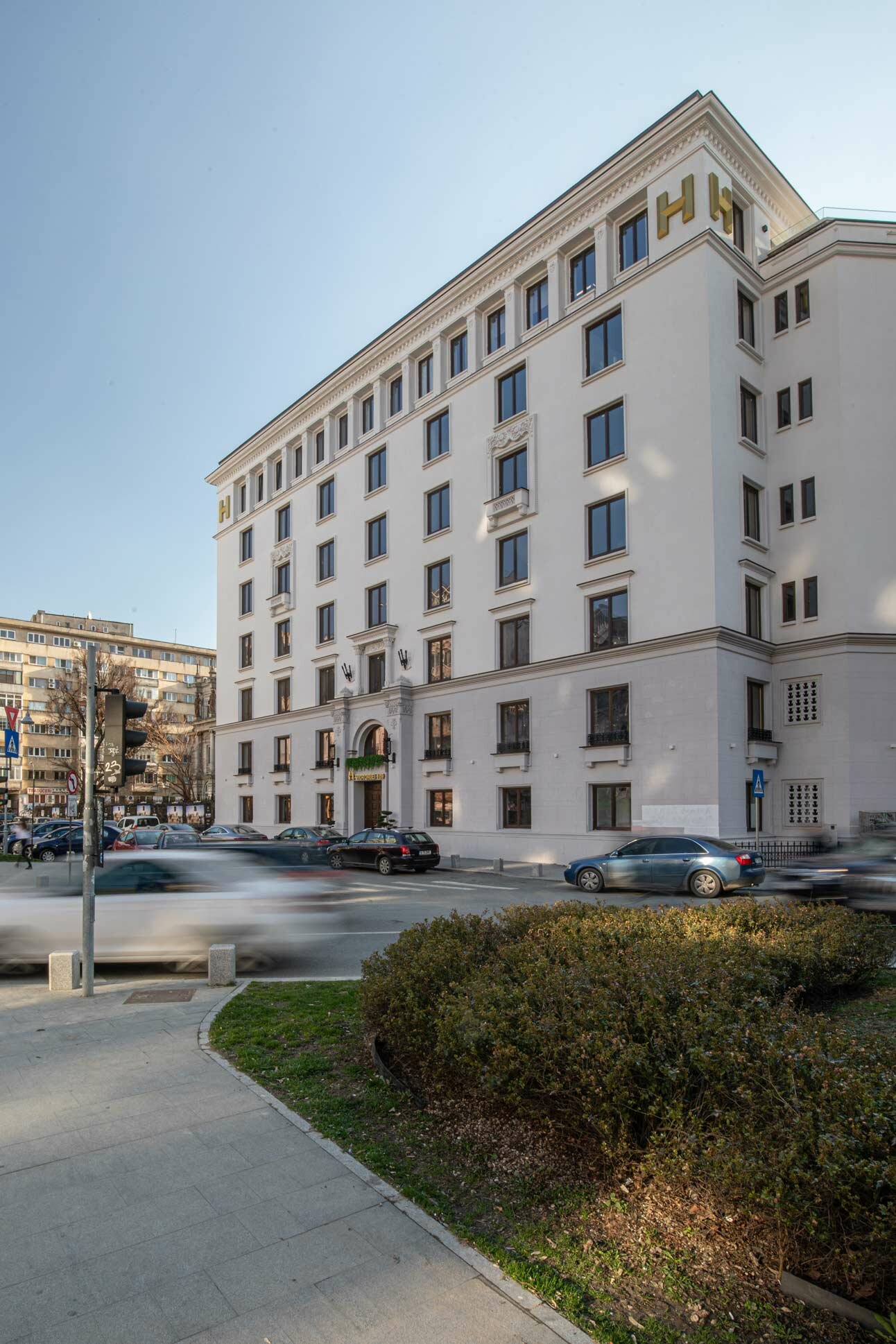 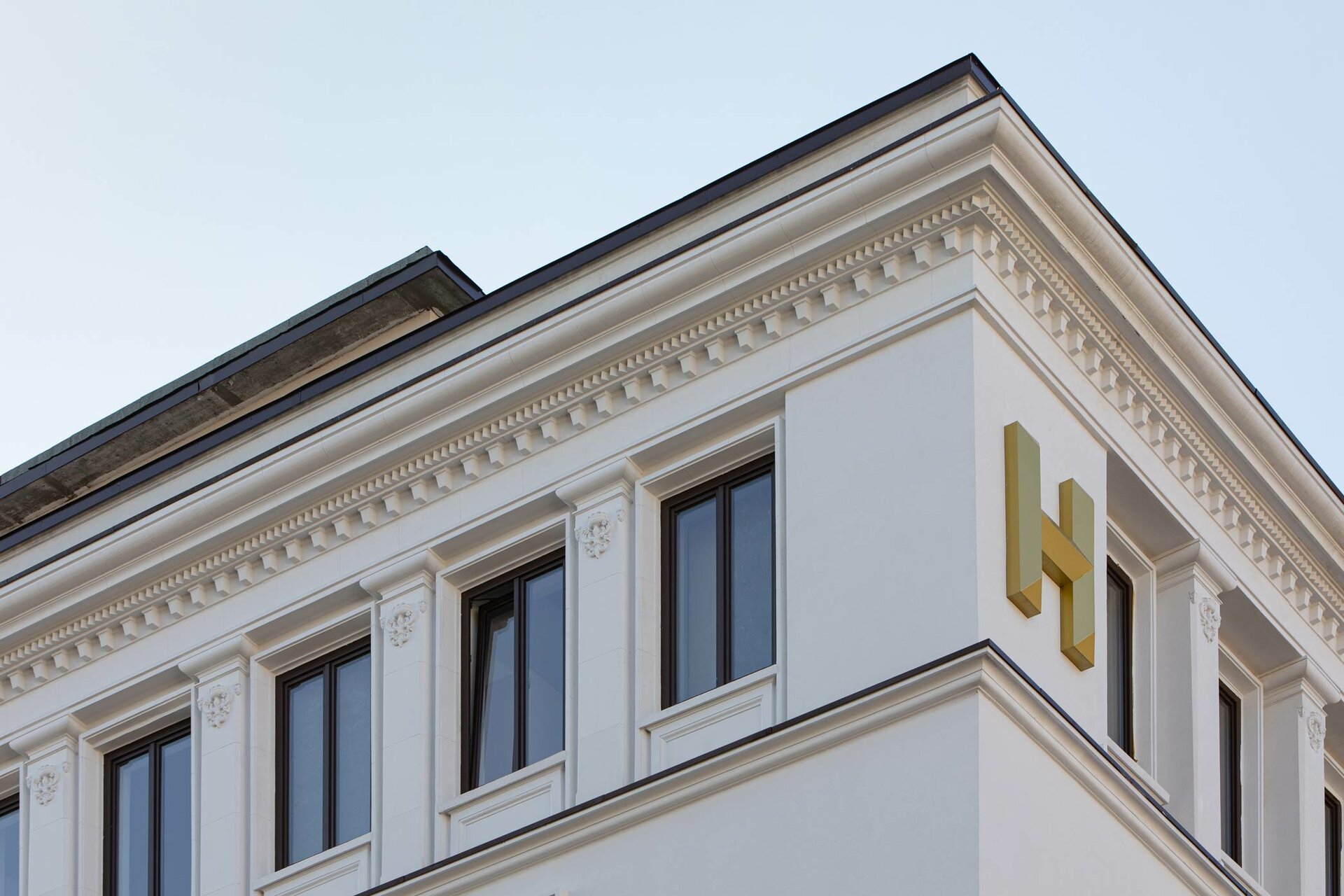 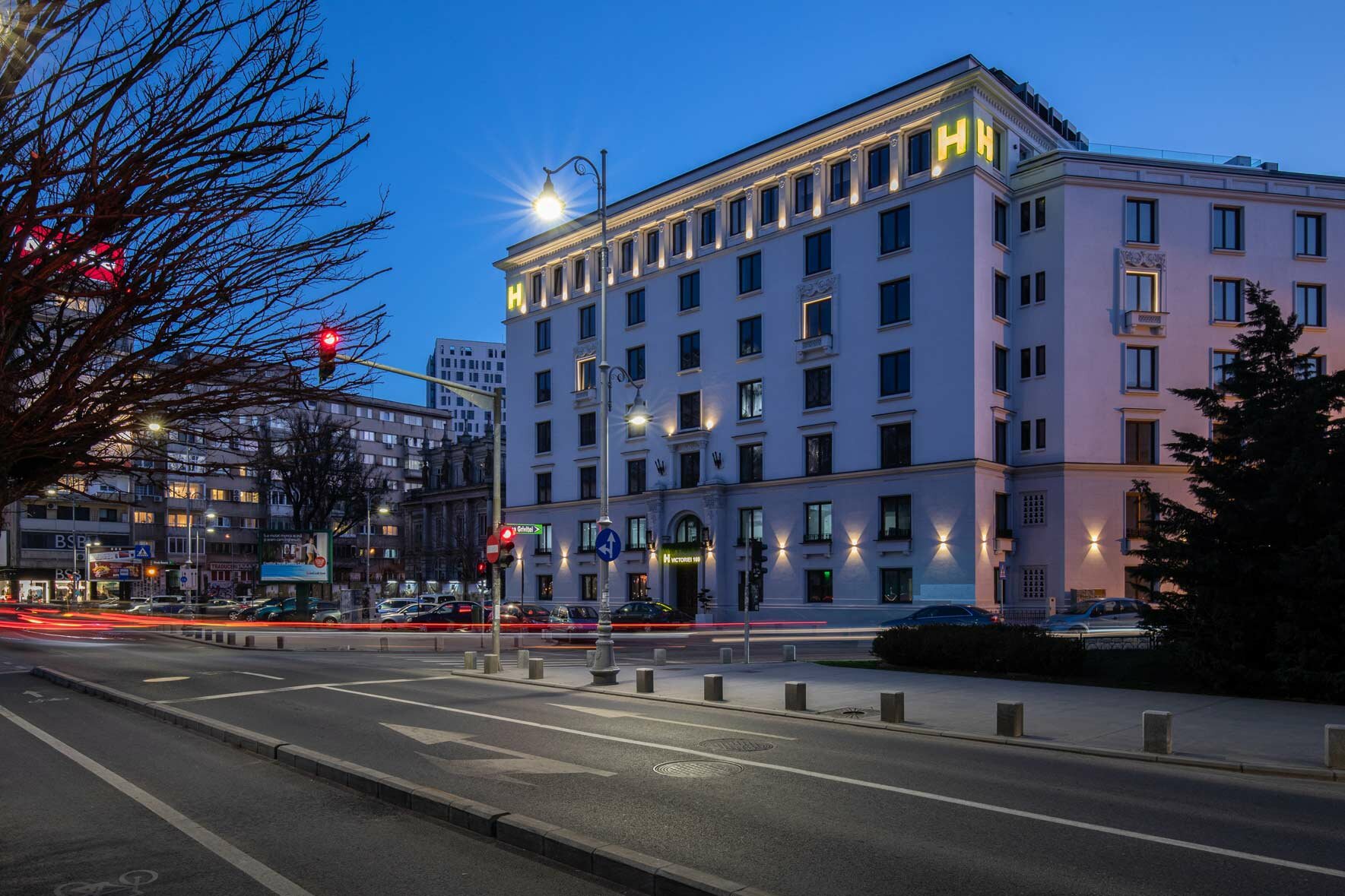 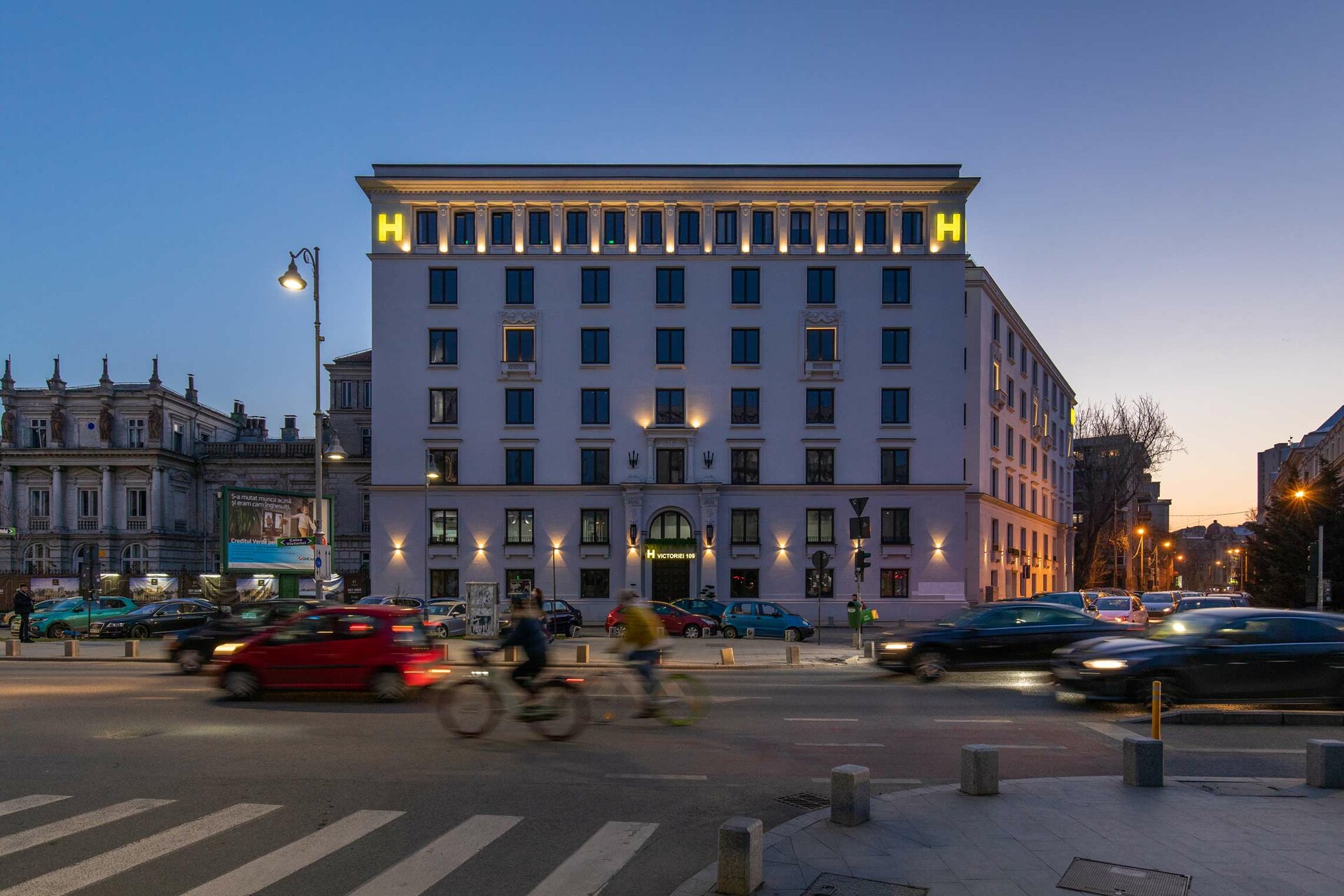 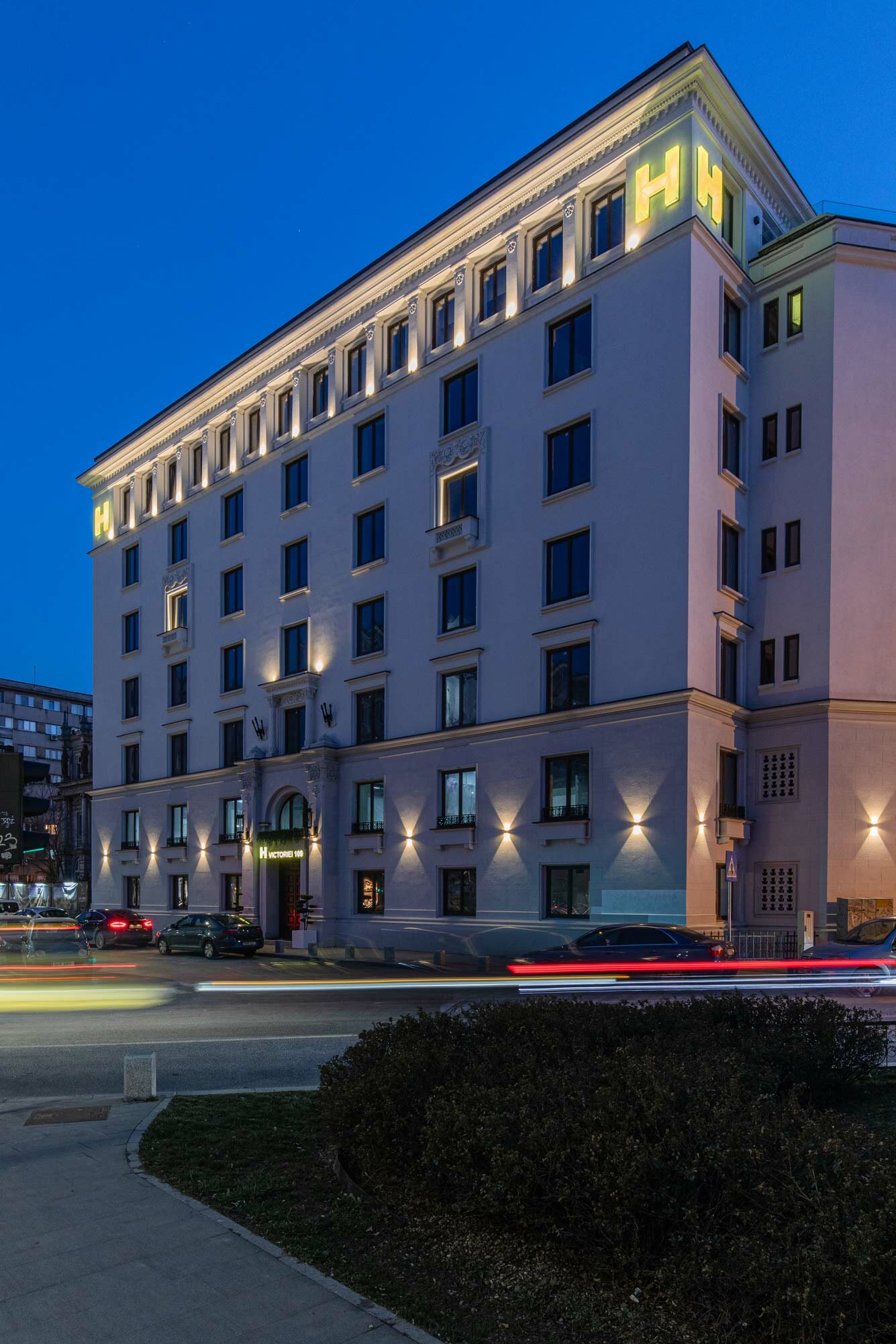 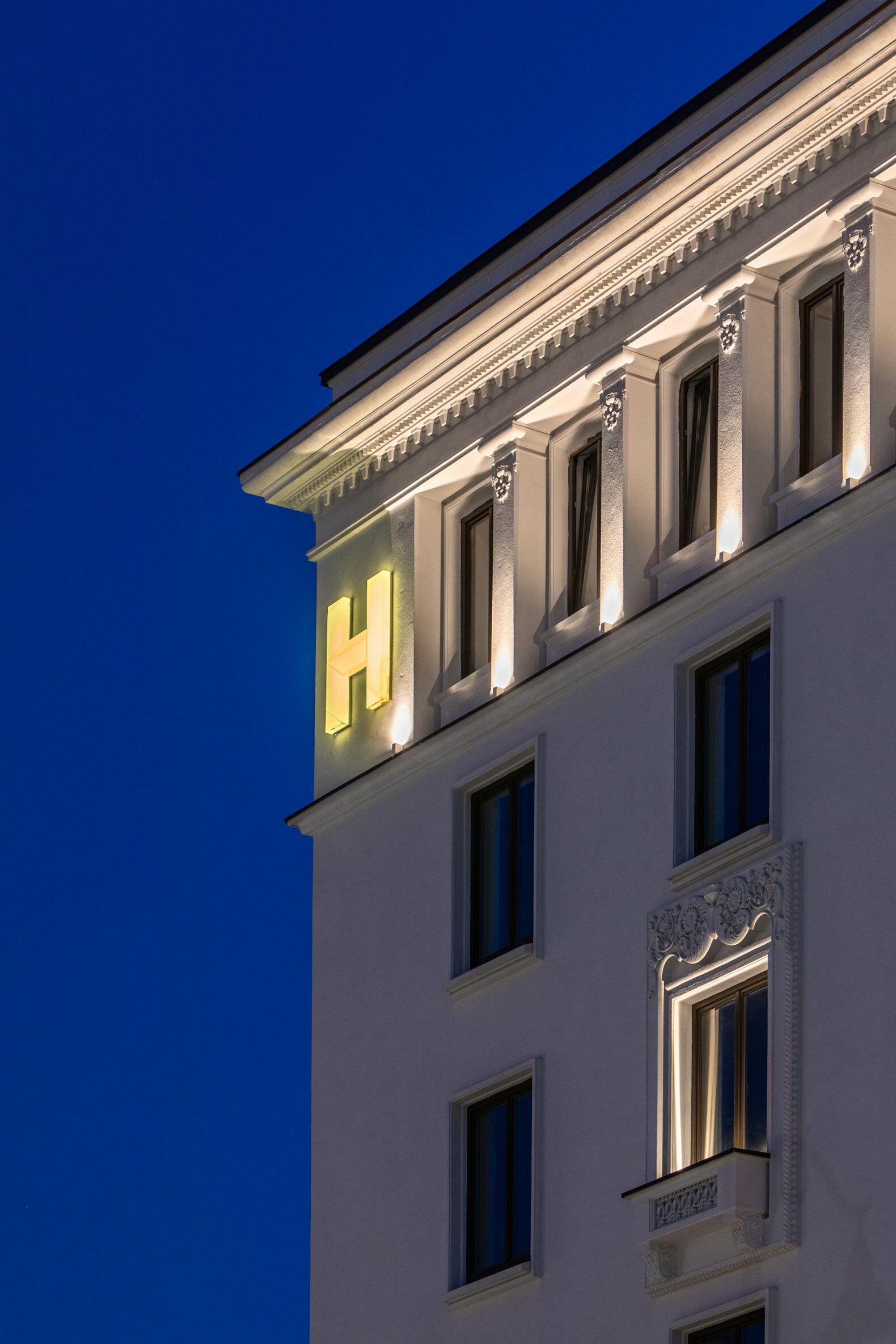 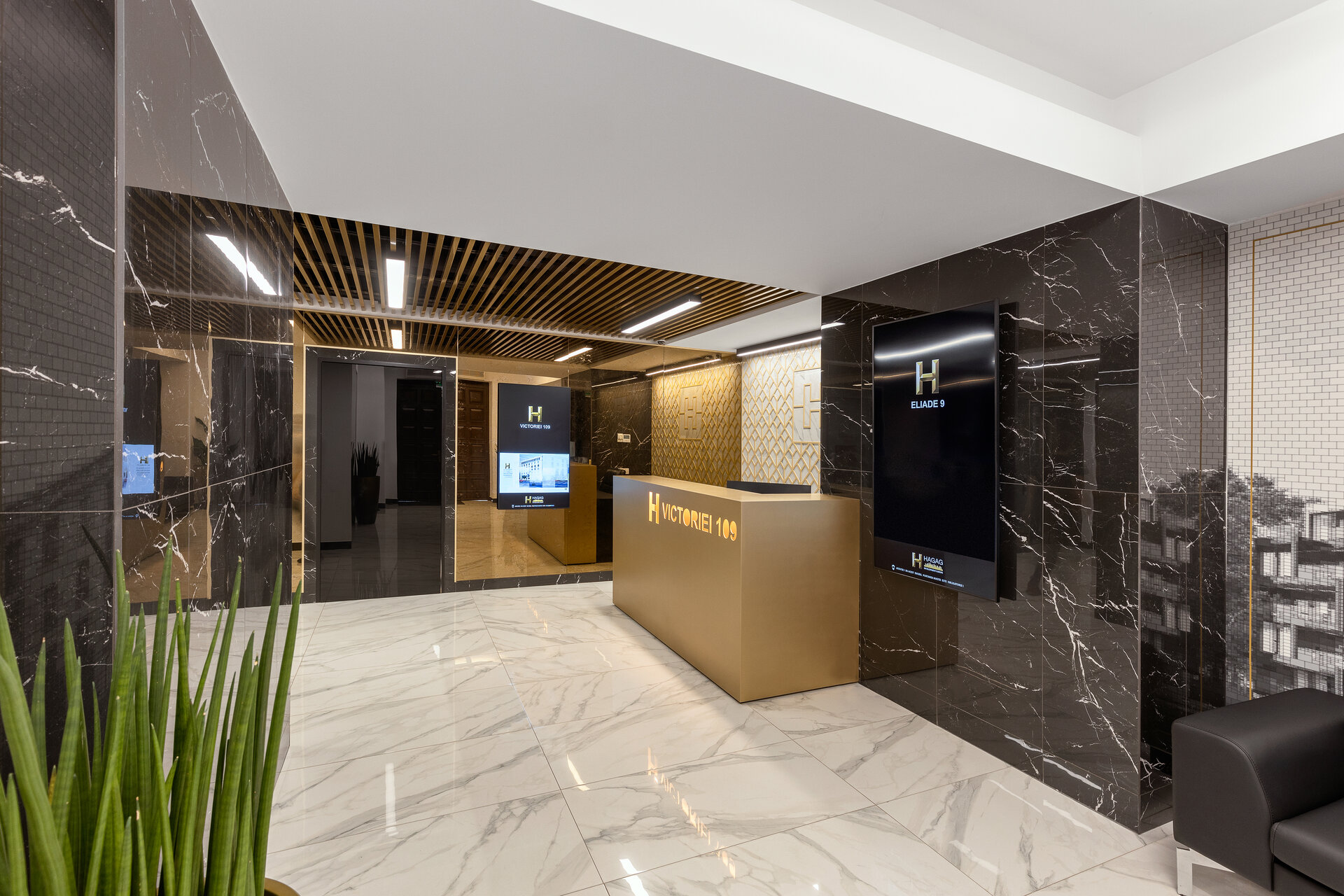 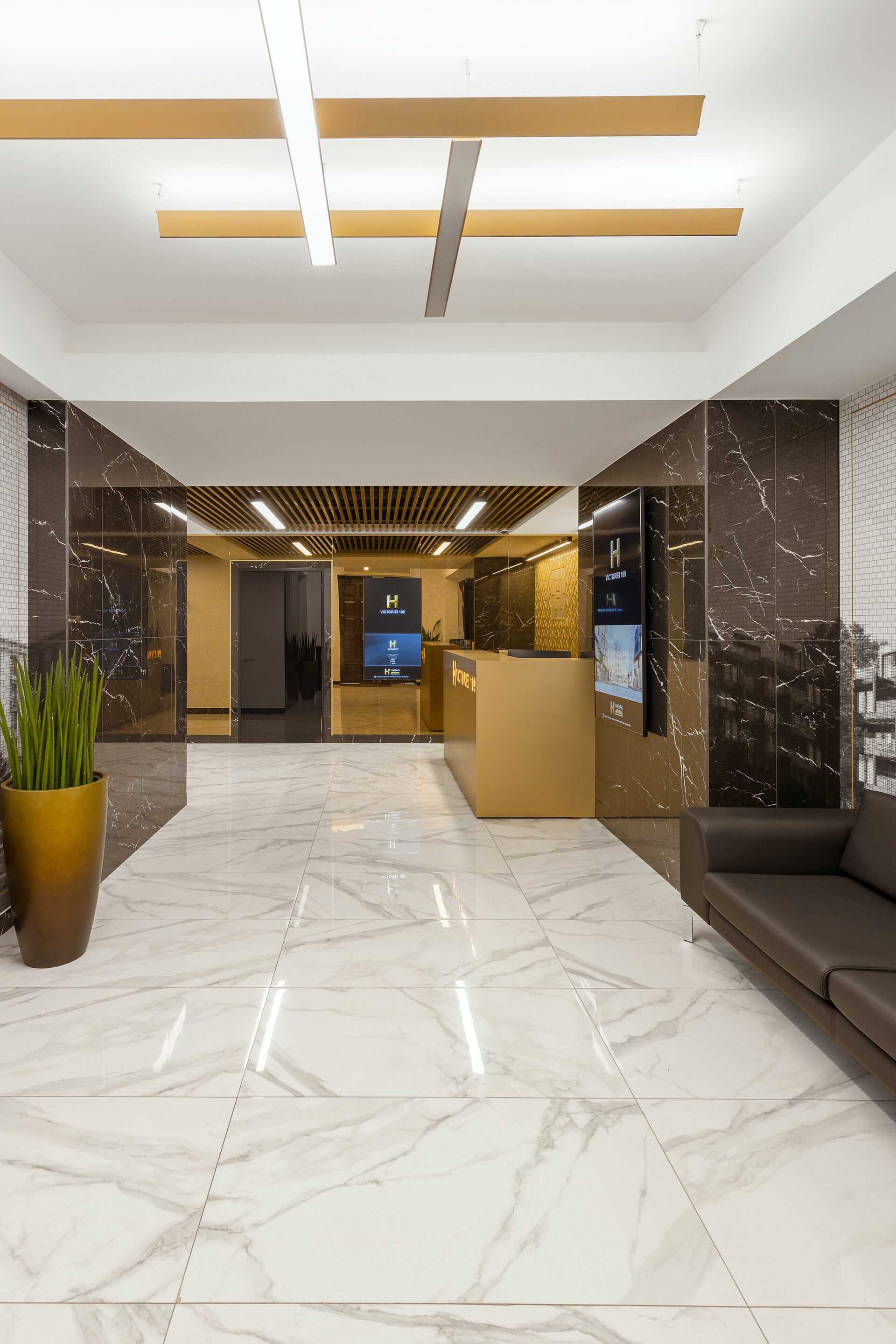 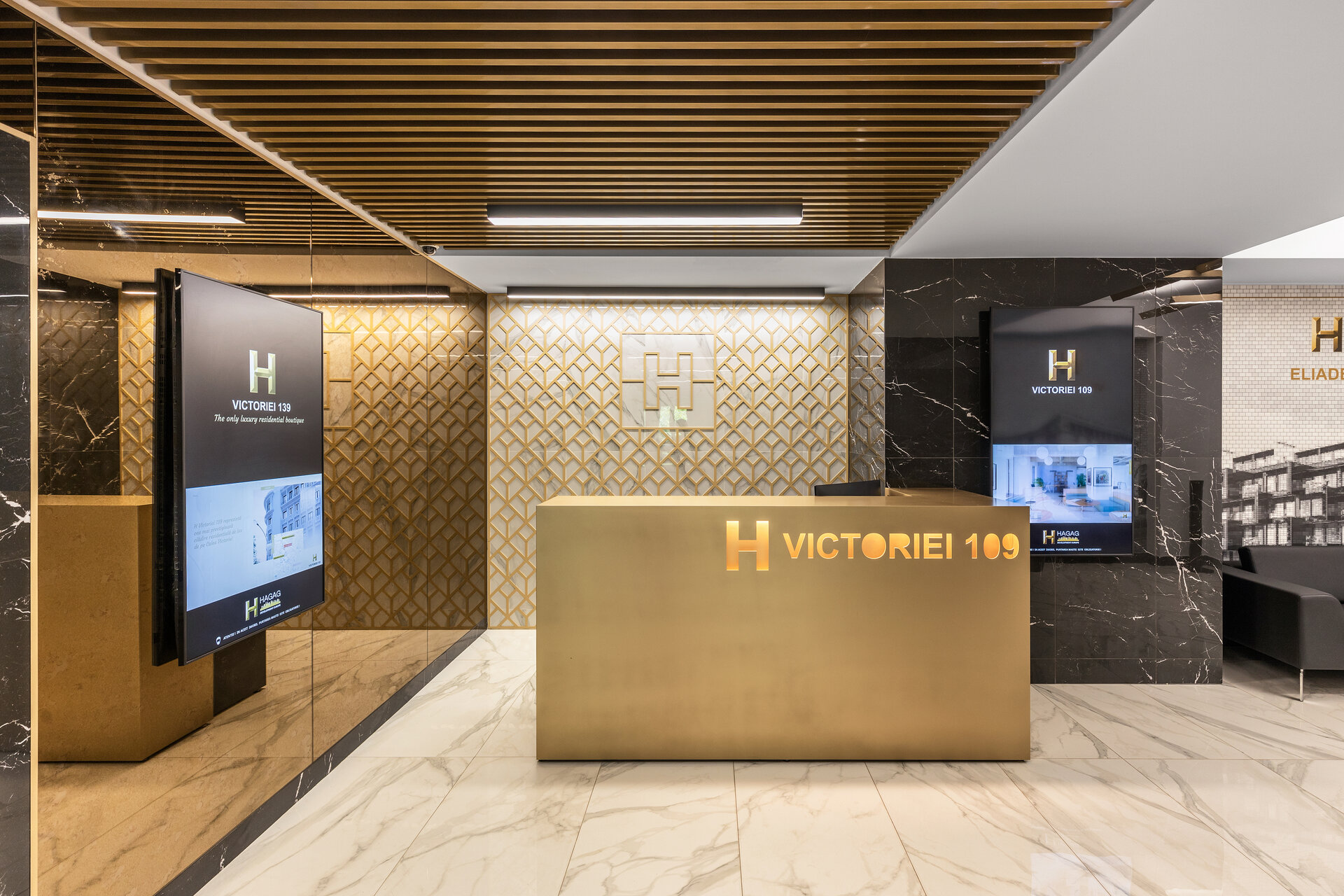 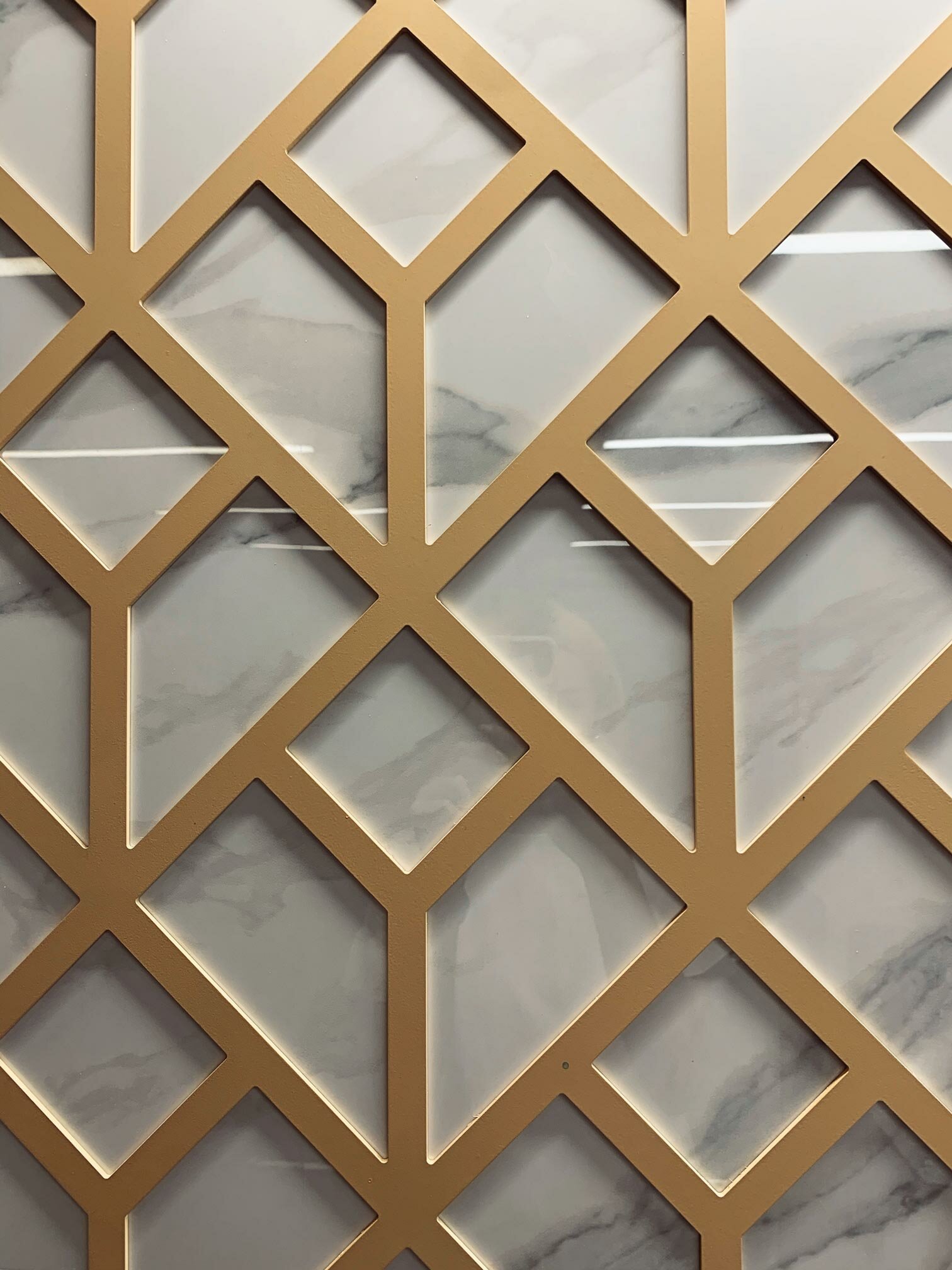 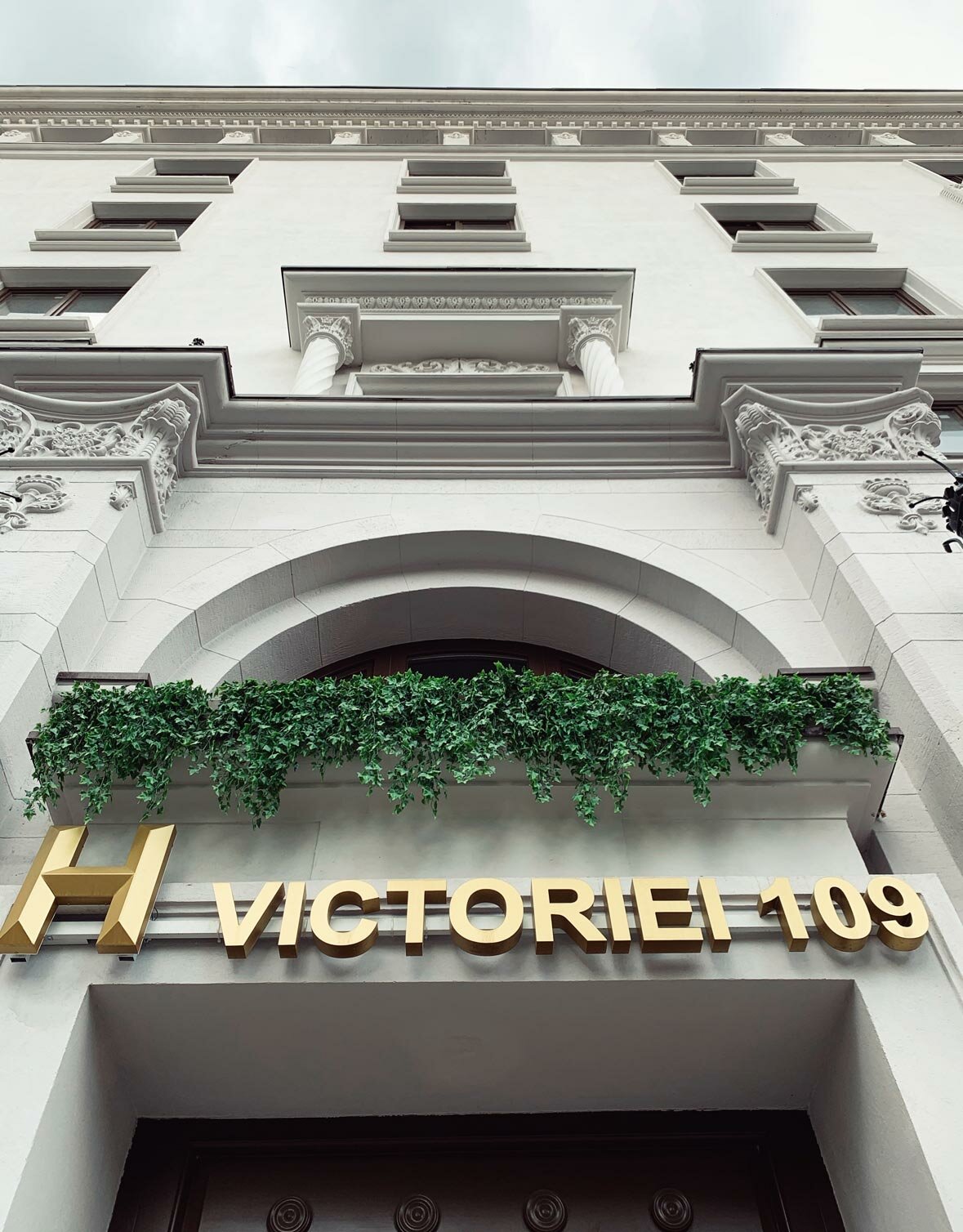 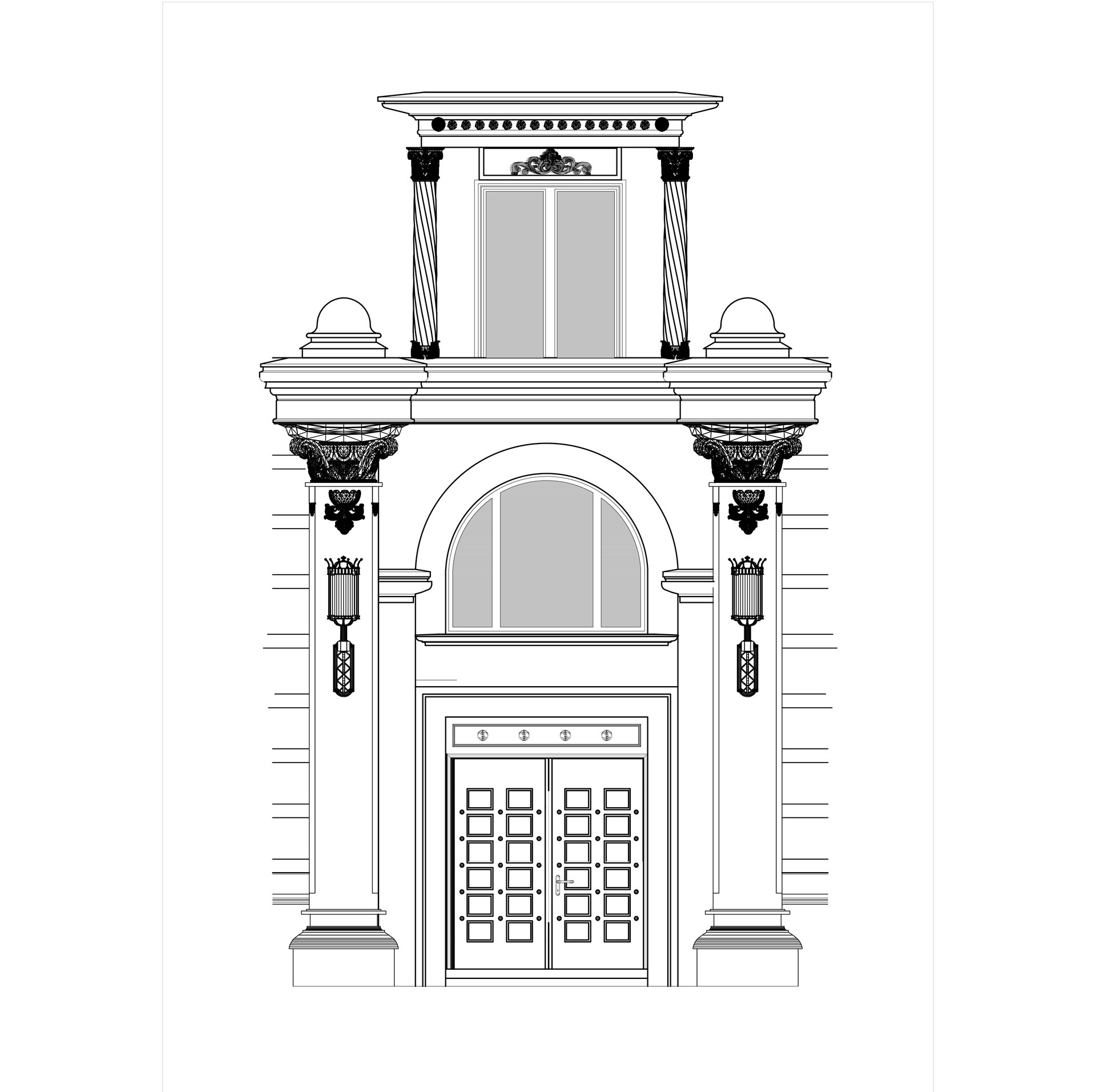 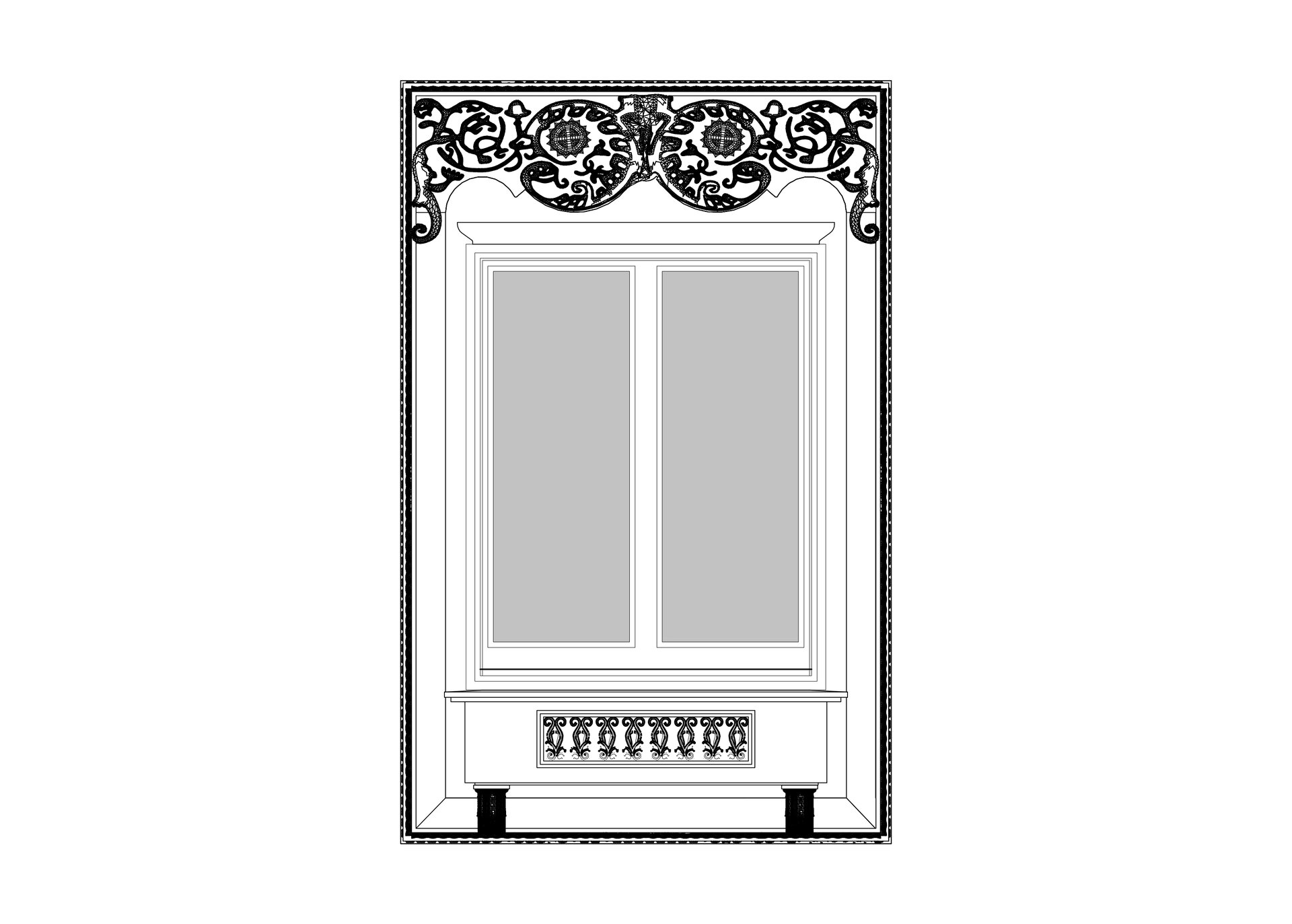 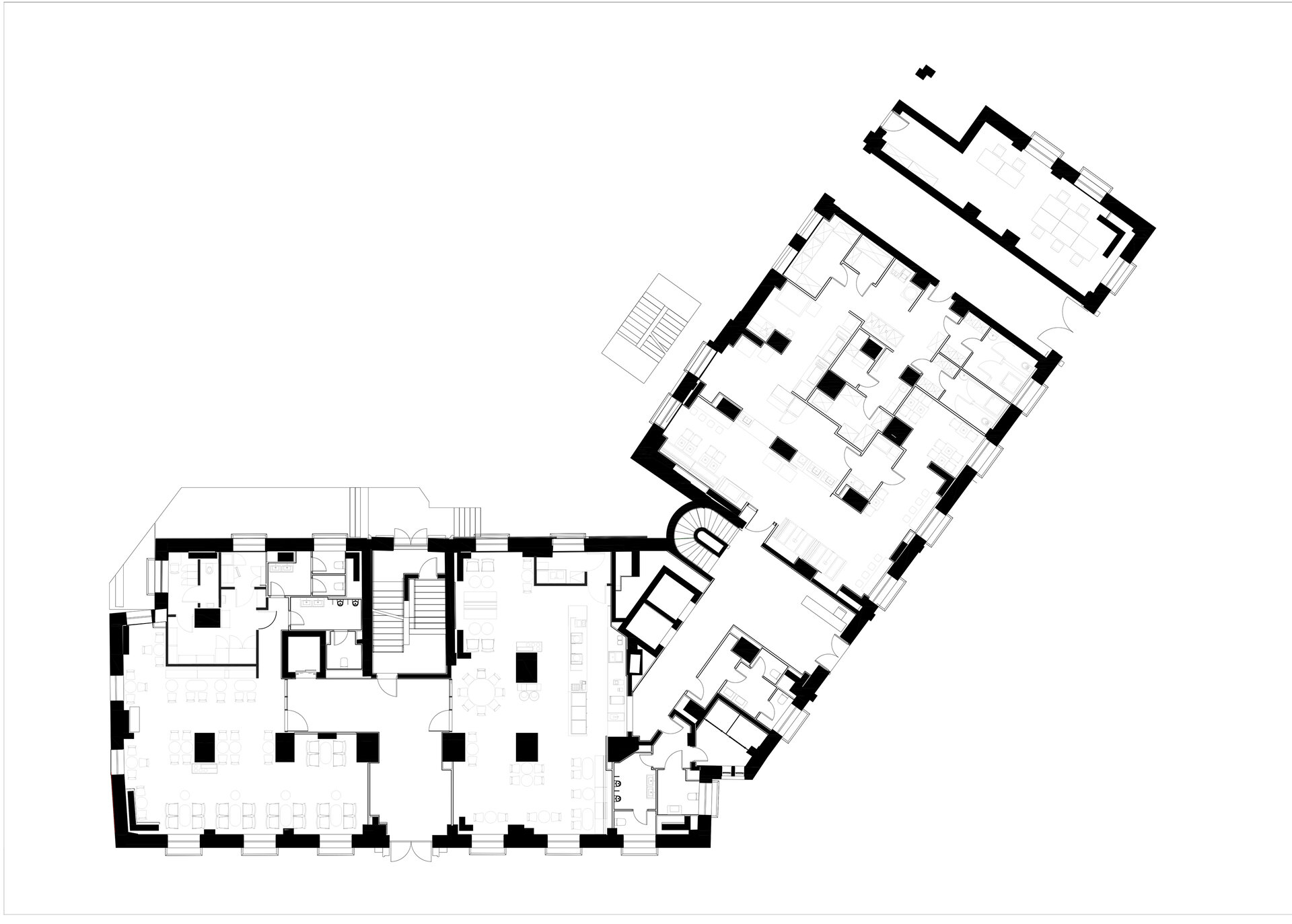