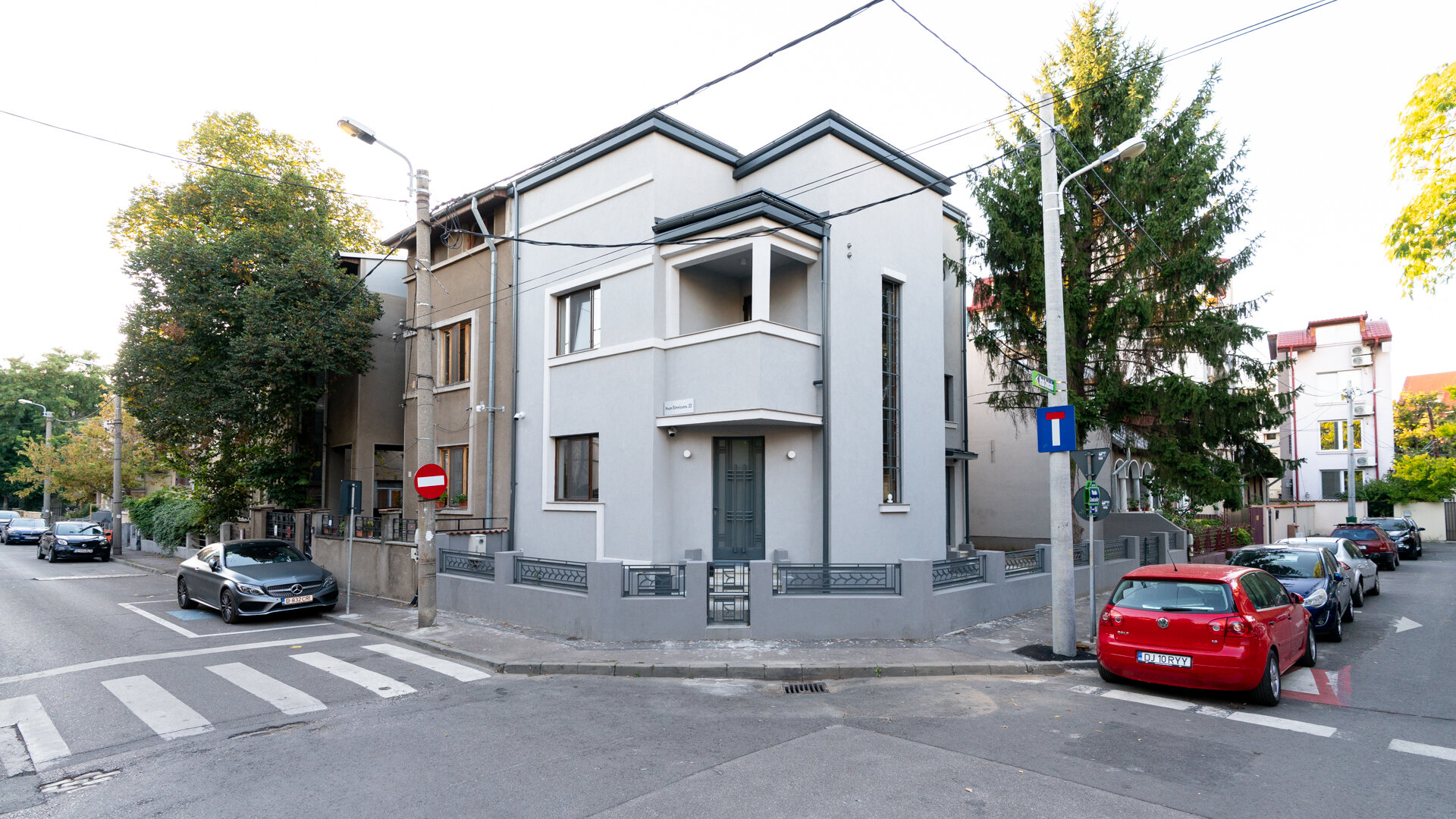 Rehabilitation of an Art Deco villa 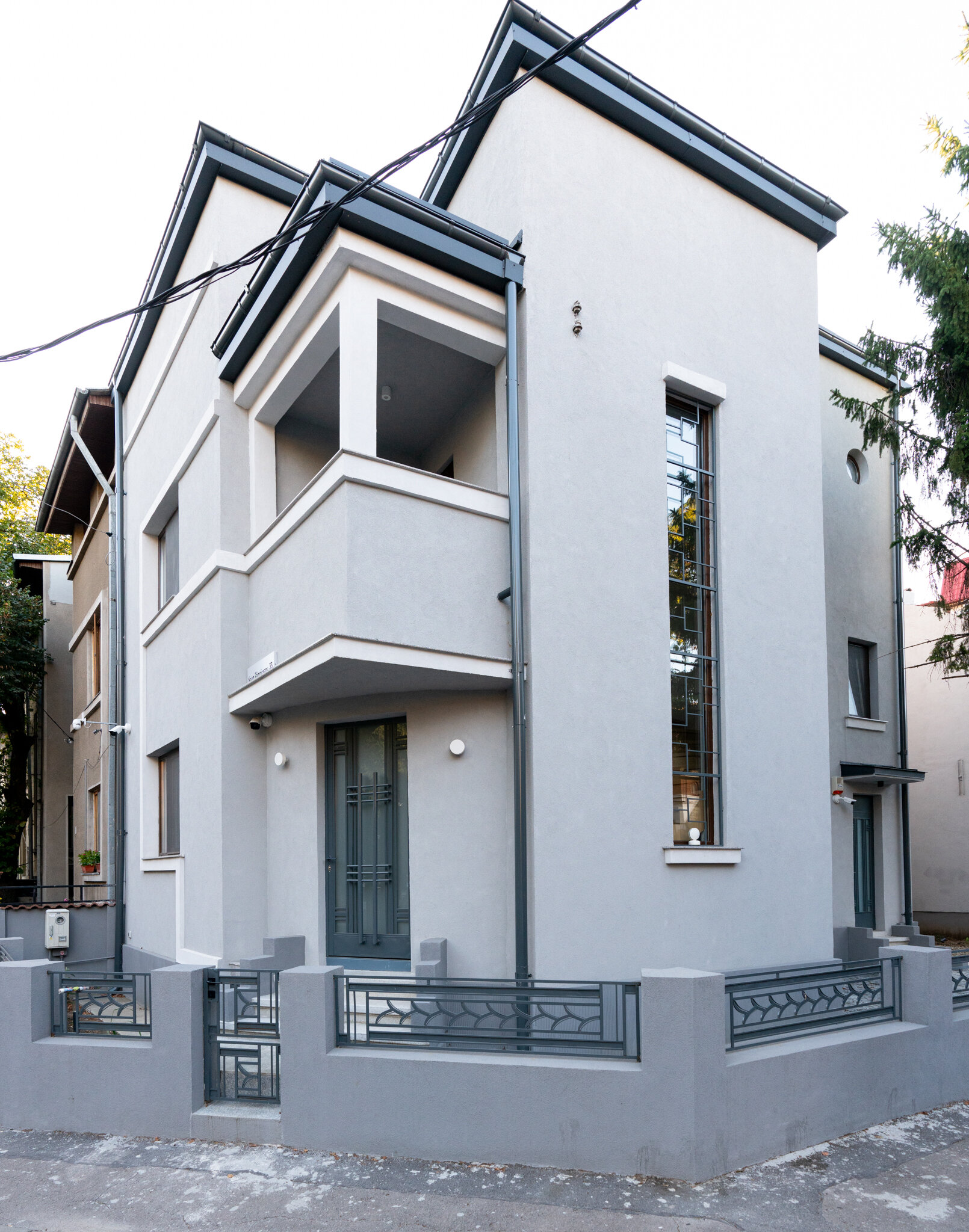 The house was built in the 30s and belongs to the Art Deco modernist style, often encountered in the interwar period in Bucharest. It has a privileged position that opens to an urban square to the East.
The project involved a comprehensive rehabilitation and consolidation intervention, while pursuing the preservation of the architectural image. In this idea, some of the elements considered valuable both inside and outside have been preserved, such as the linear profiling on the facade, the entrance doors, the metal frames, the decorative fence, the mosaic and the stair railing.
The interior distribution is partially preserved, adapting to the requirements of a modern single-family home. Service spaces such as the kitchen, laundry, and boiler room are located in the basement. The living room, dining area and bar are distributed on the ground floor which becomes an open space. The first floor is divided between the 2 bedrooms with bathrooms, and the attic generates another bedroom, office space and bathrooms. 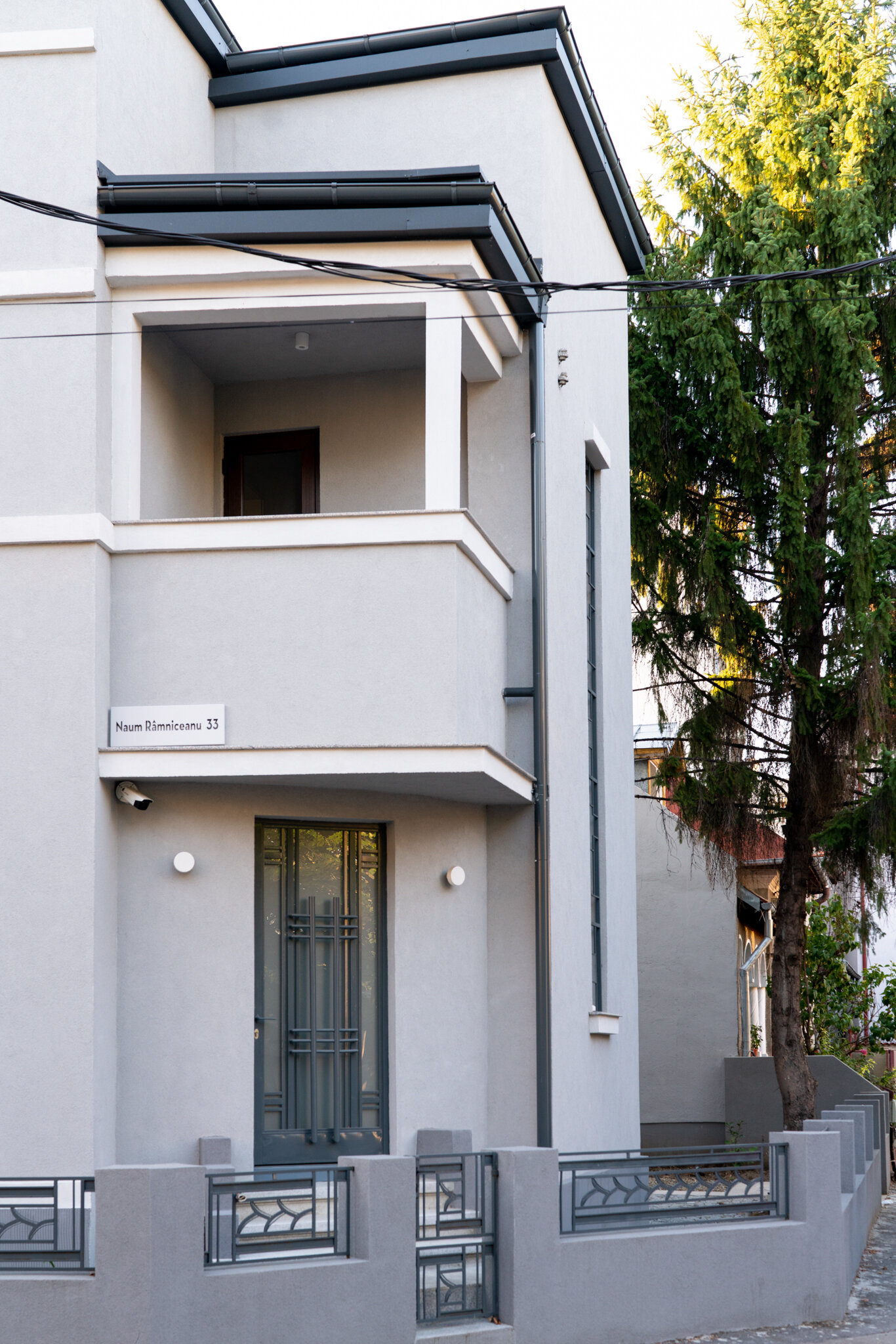 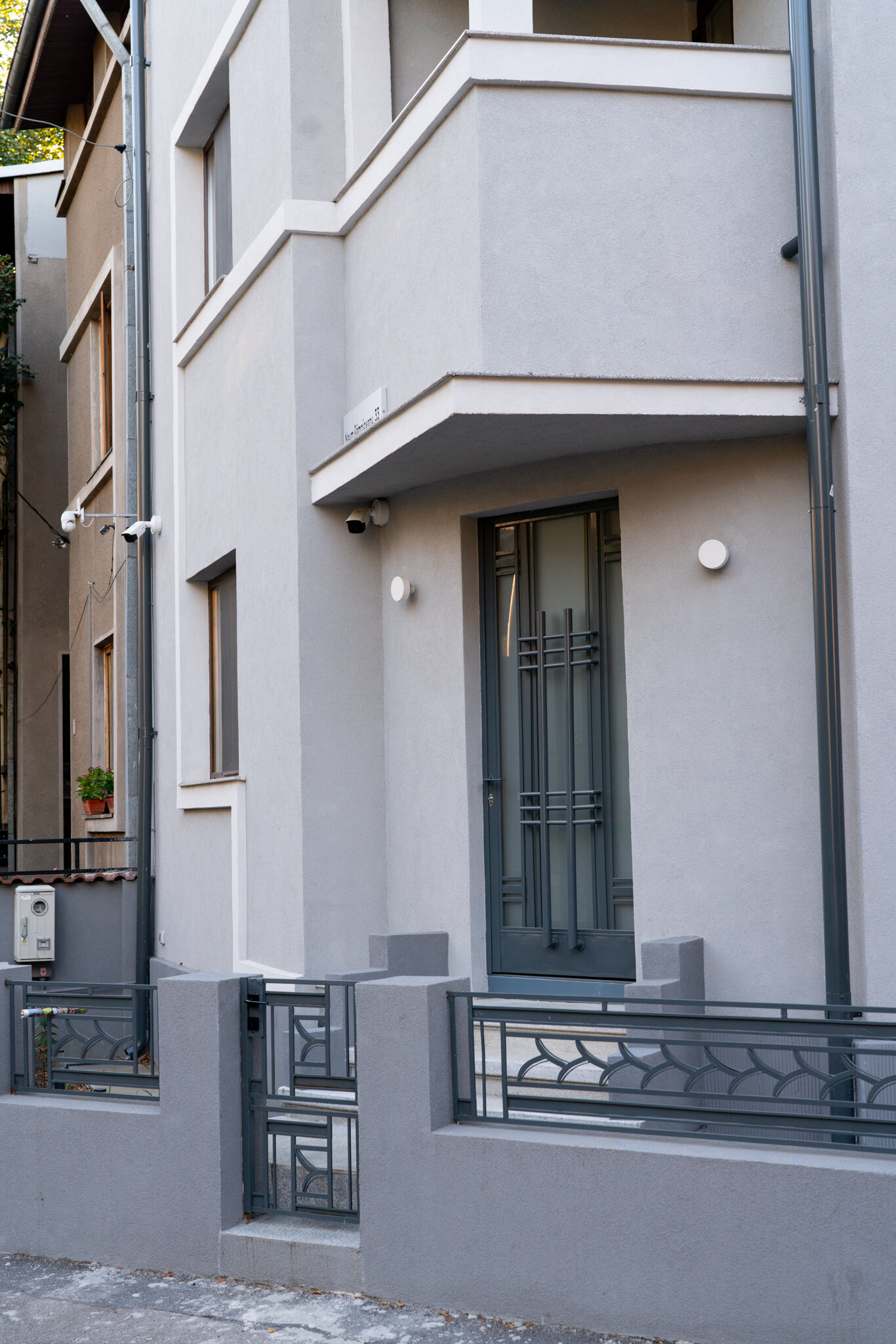 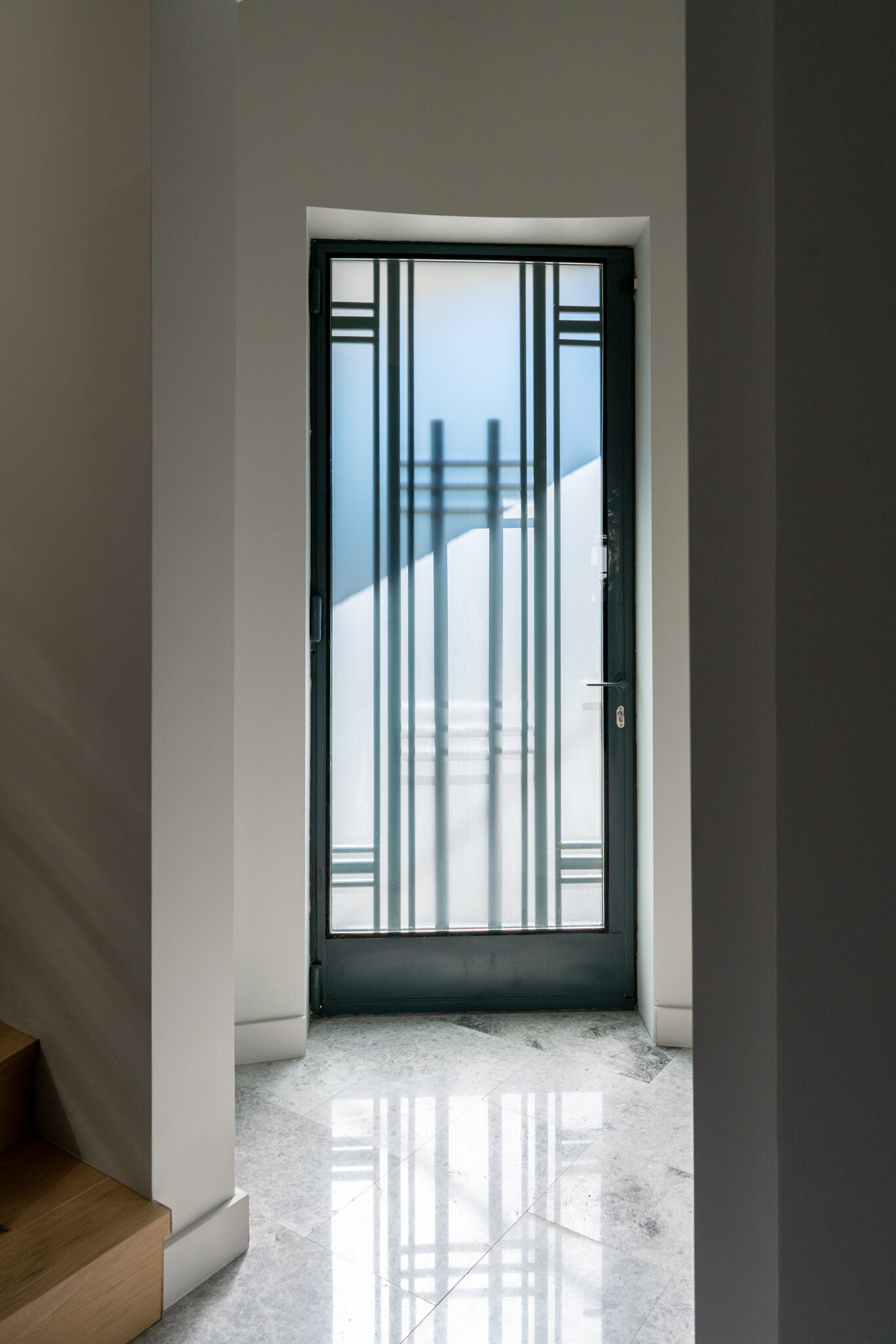 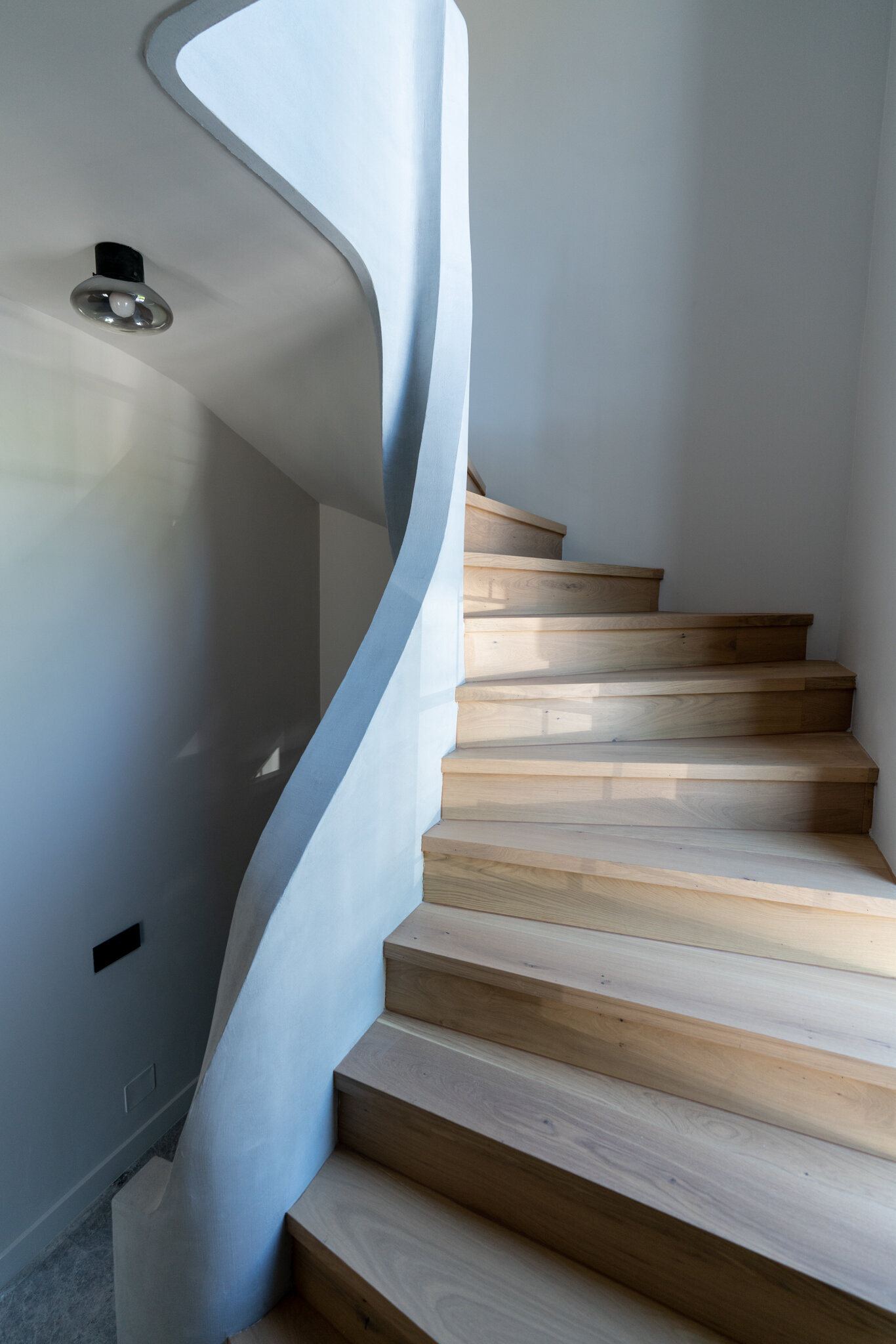 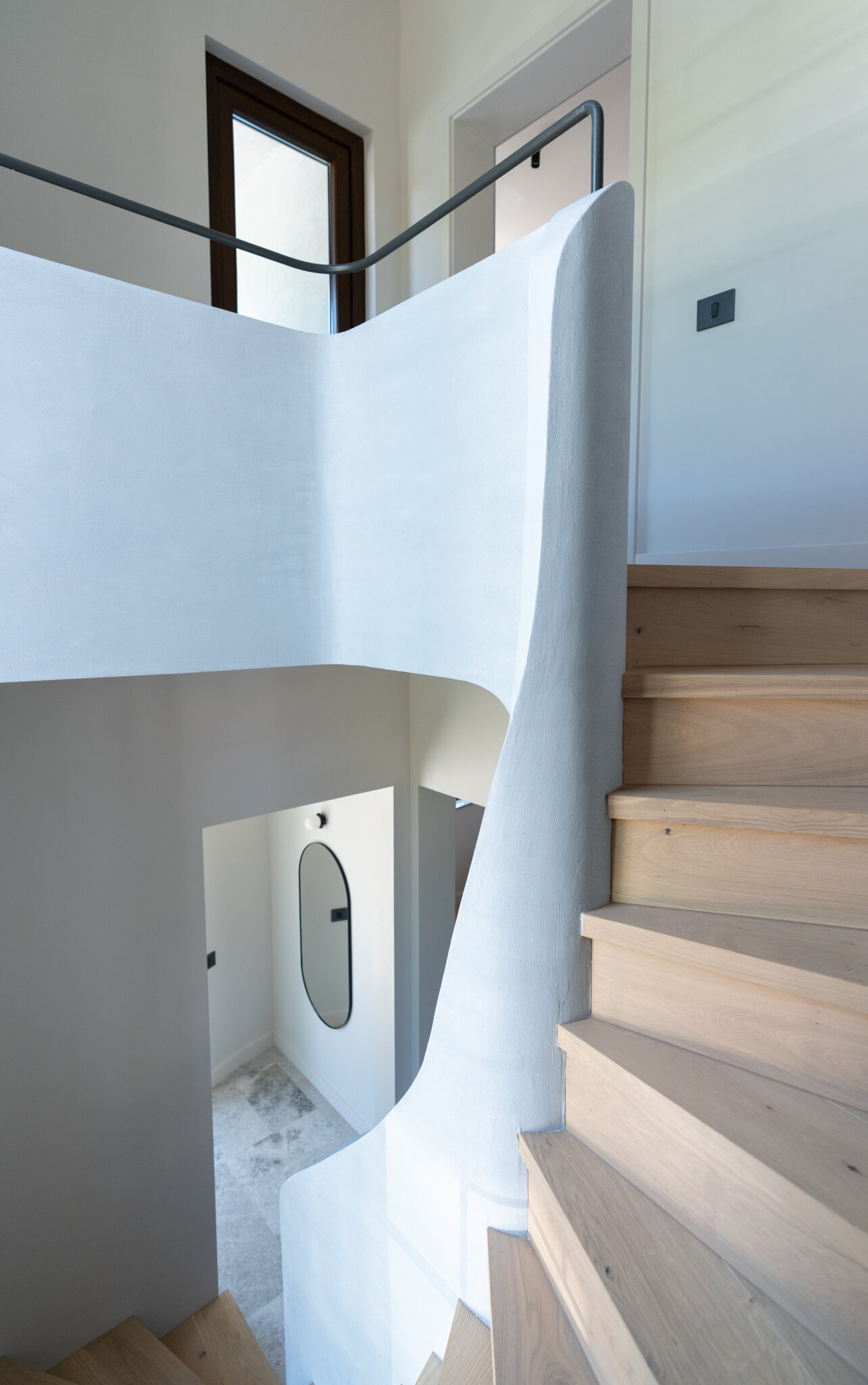 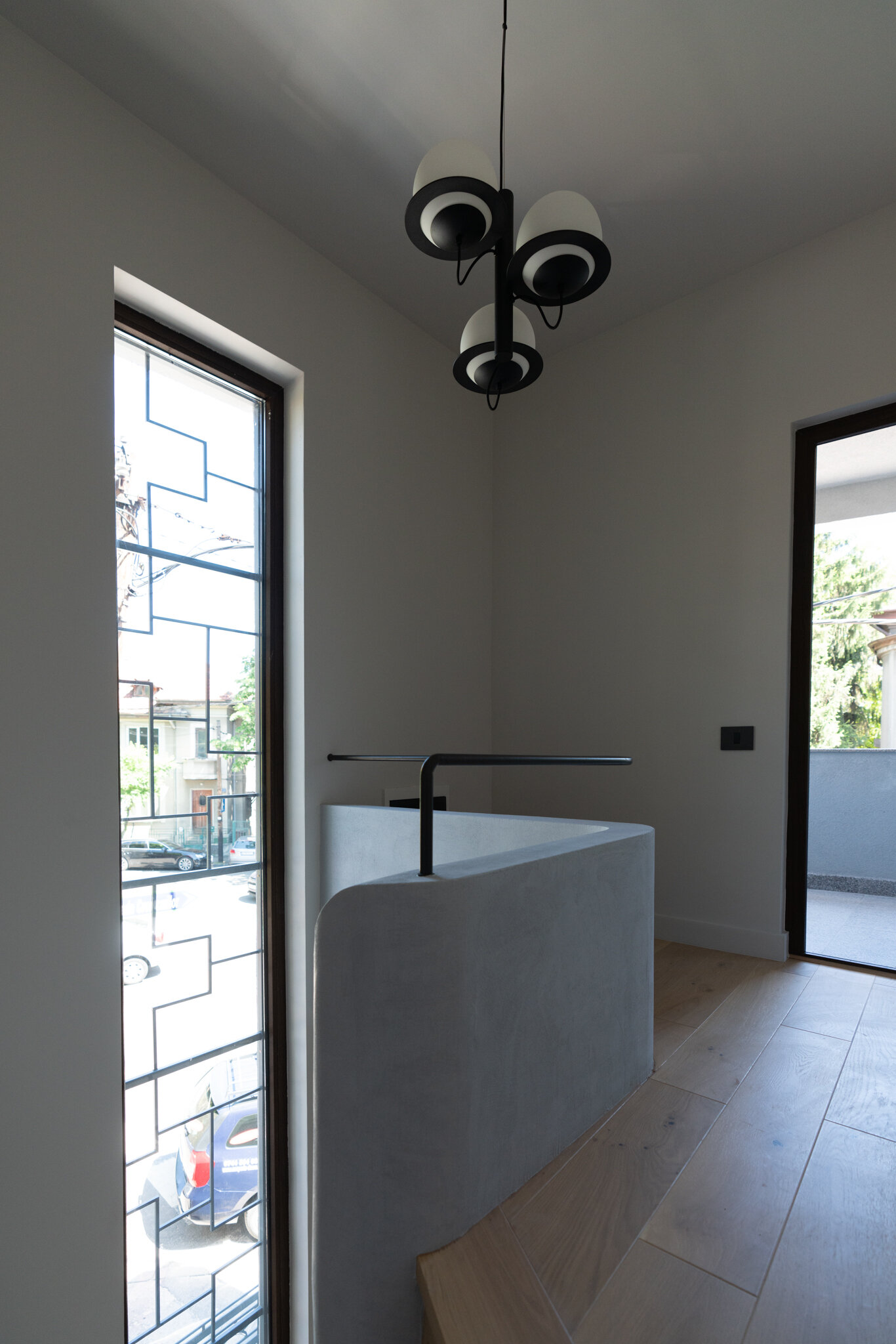 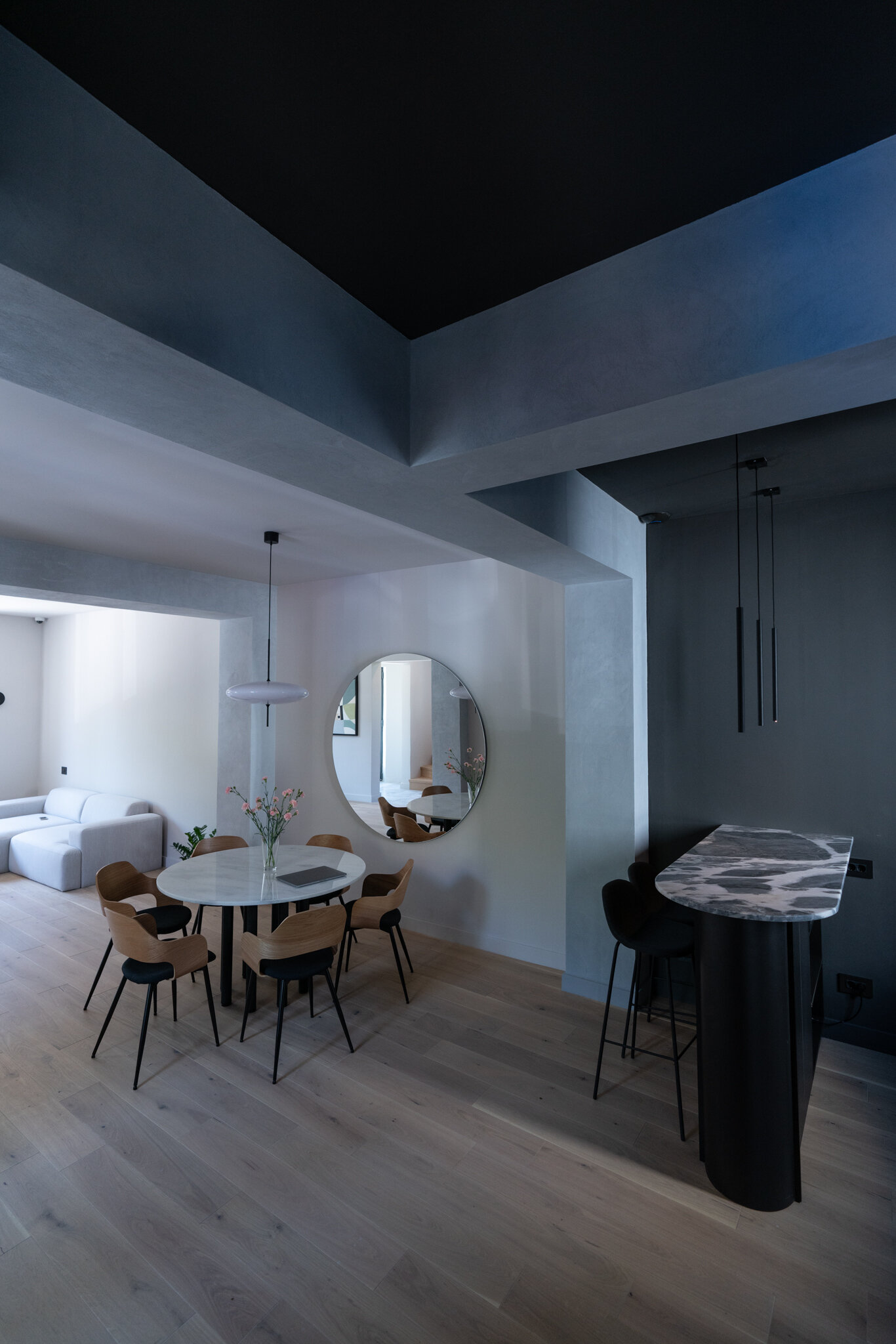 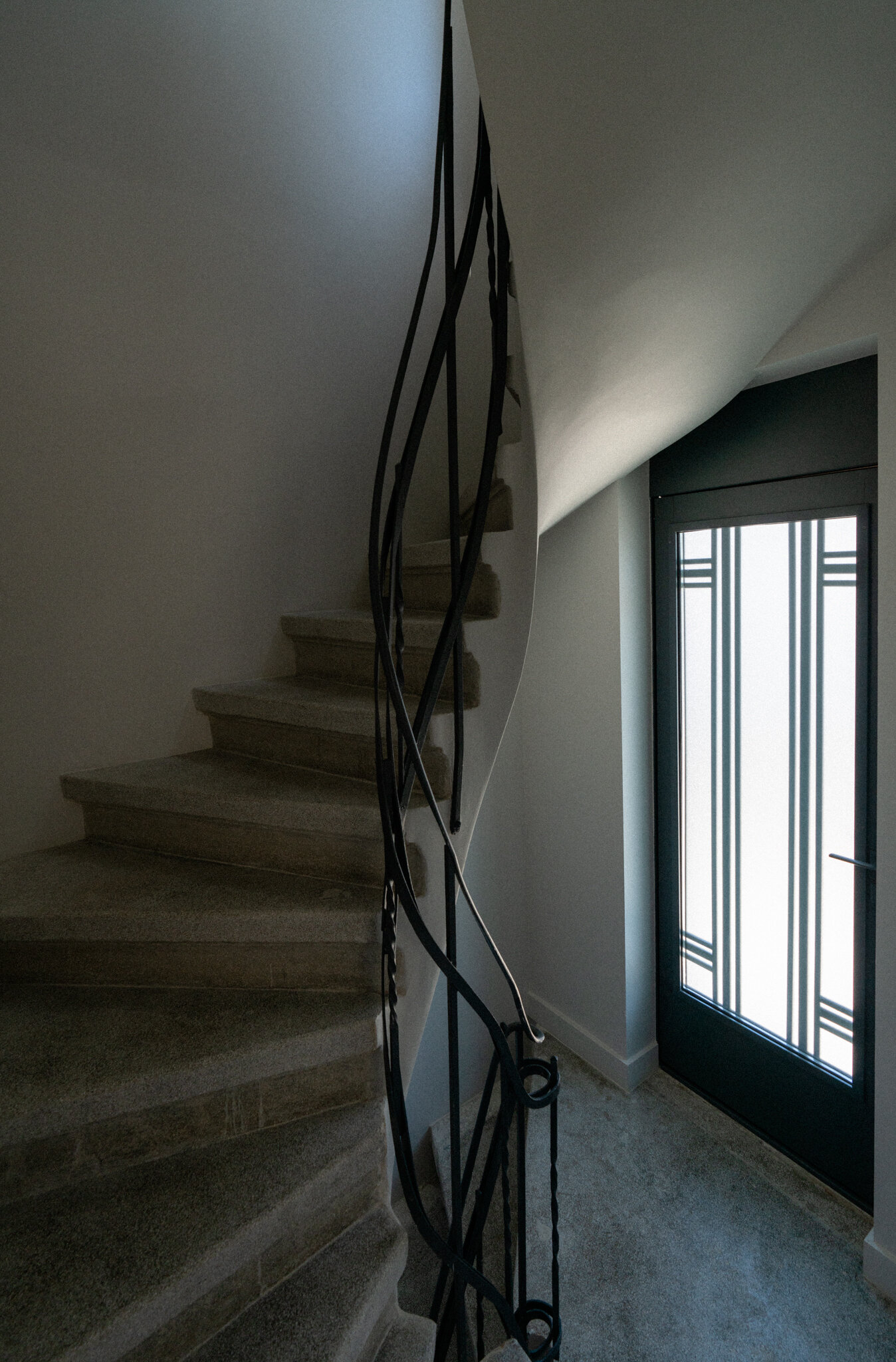 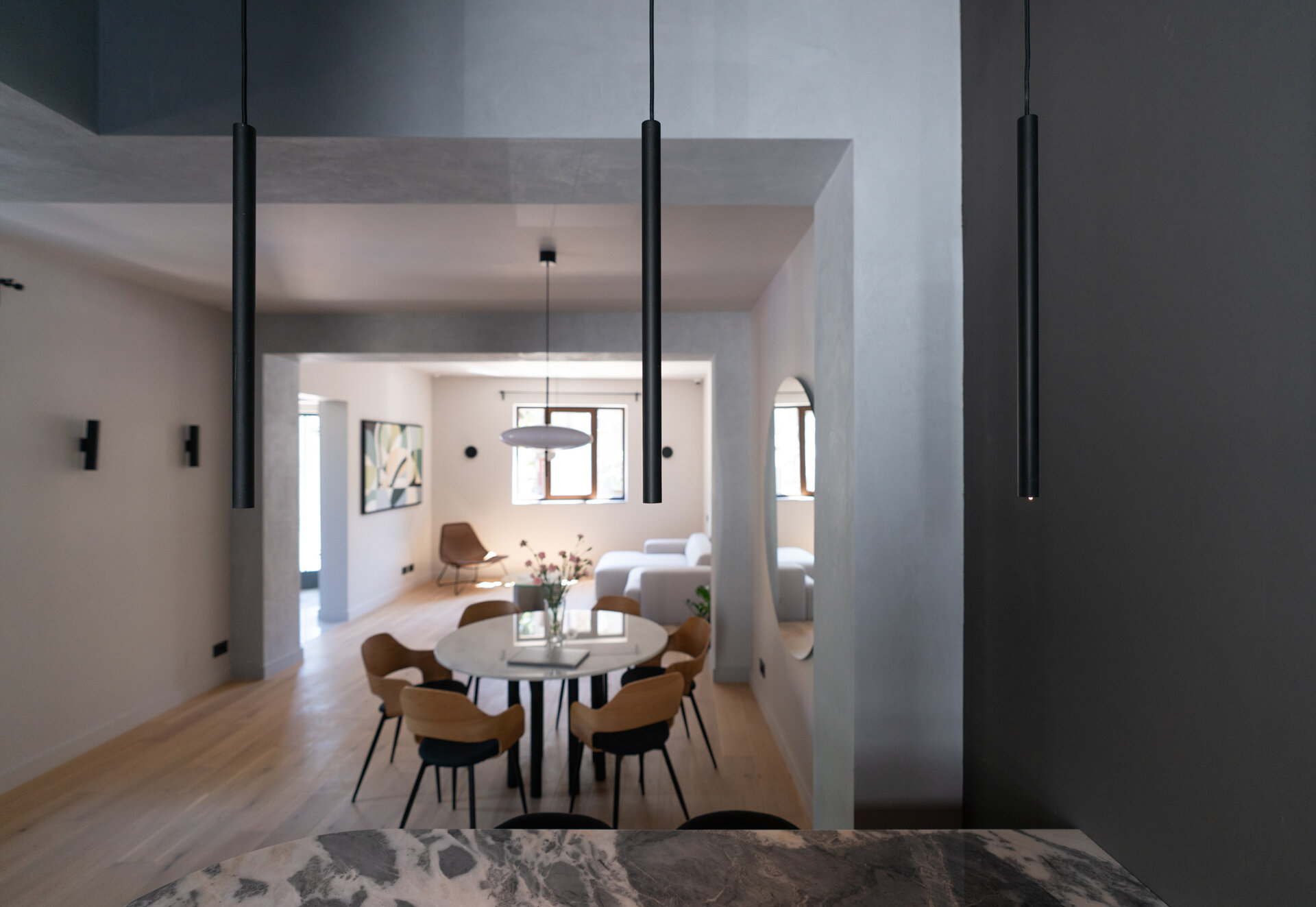 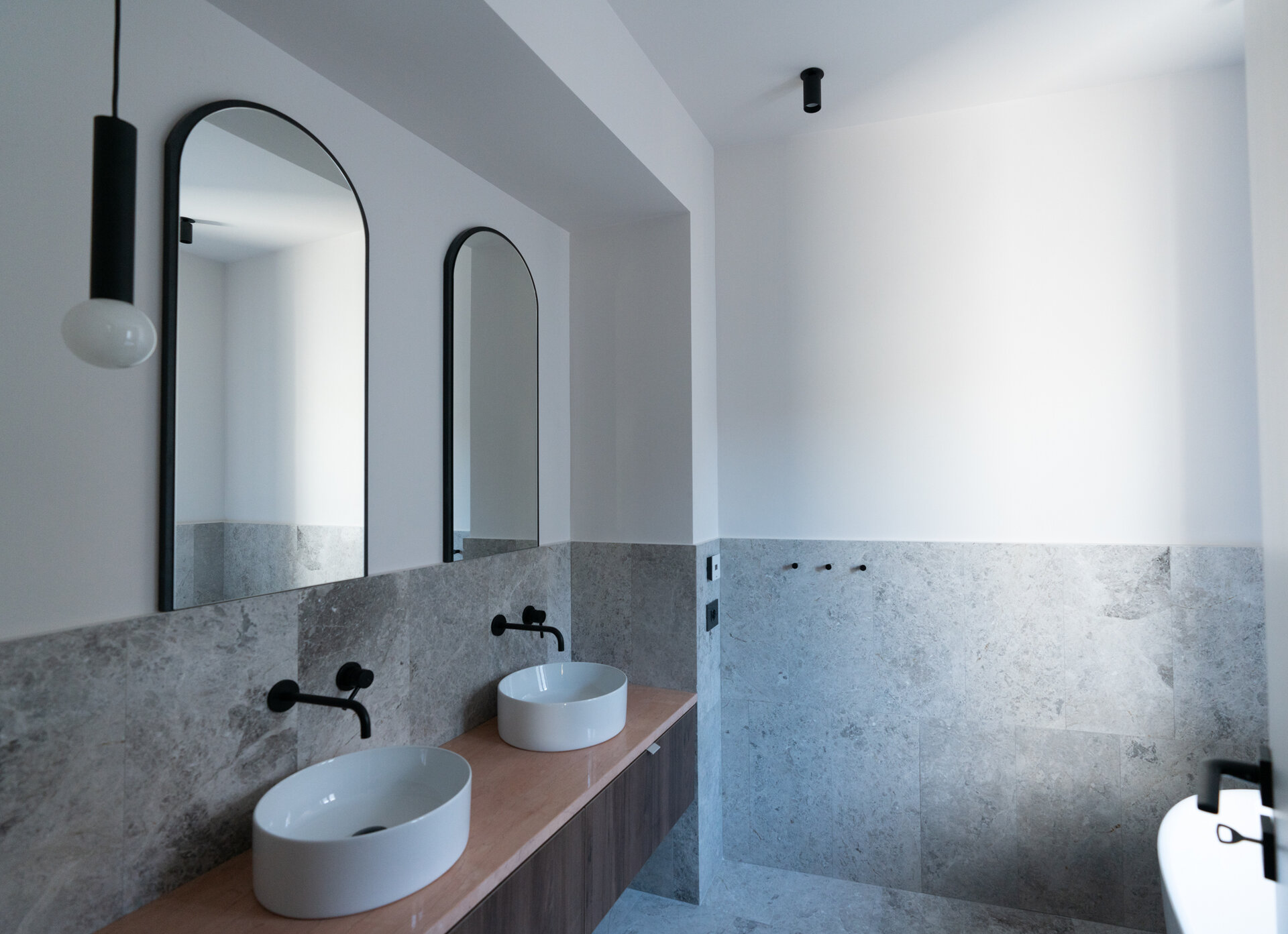 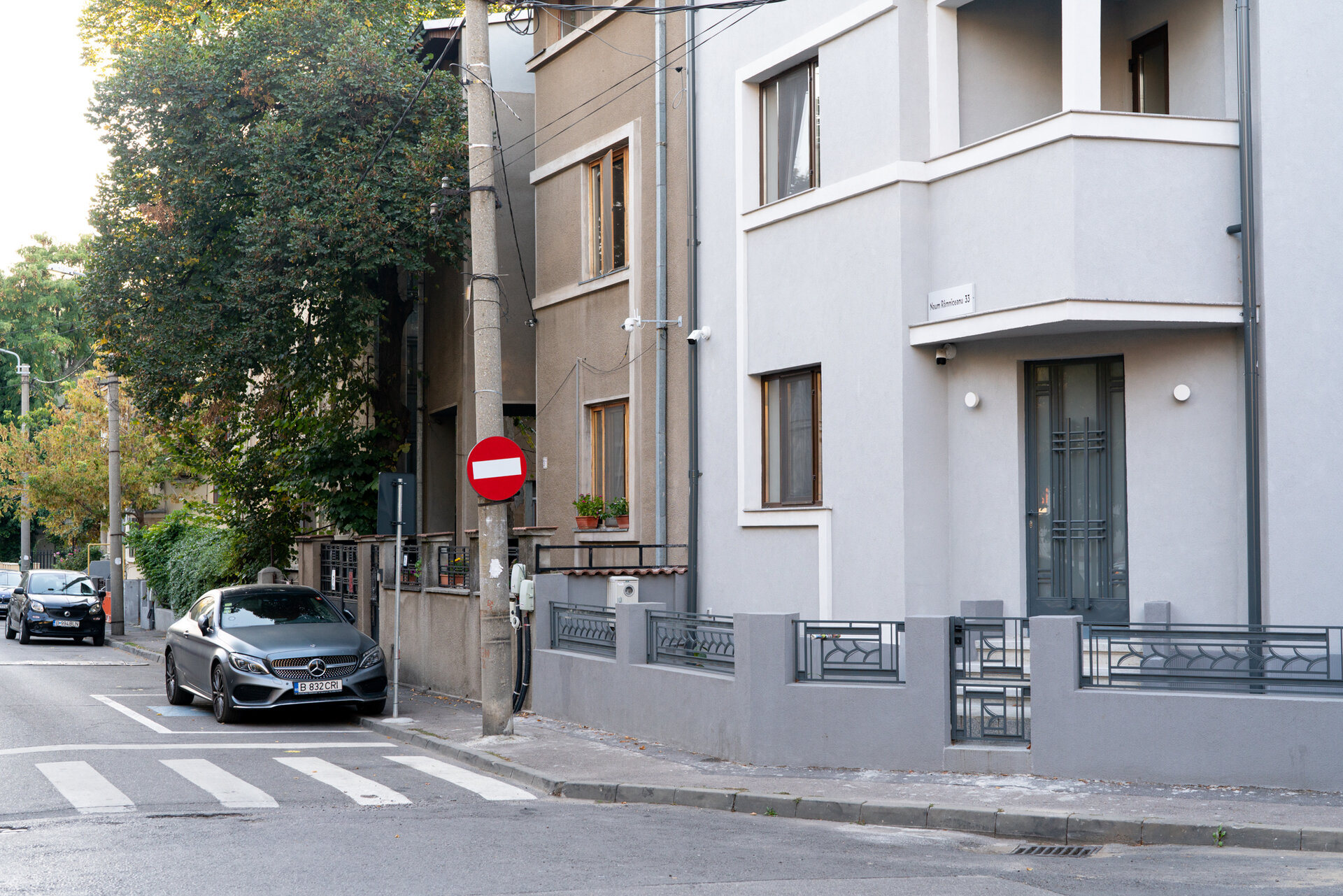 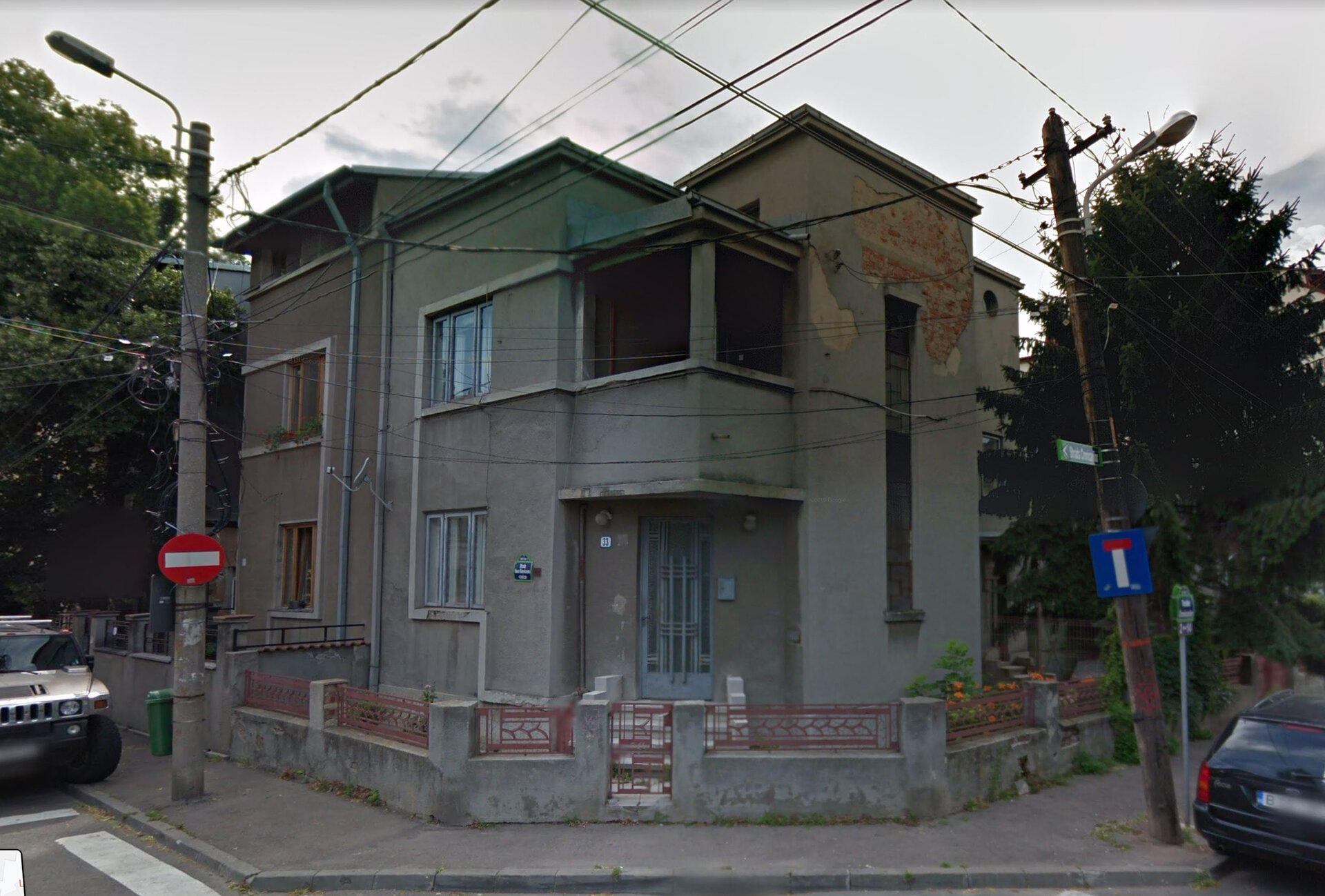 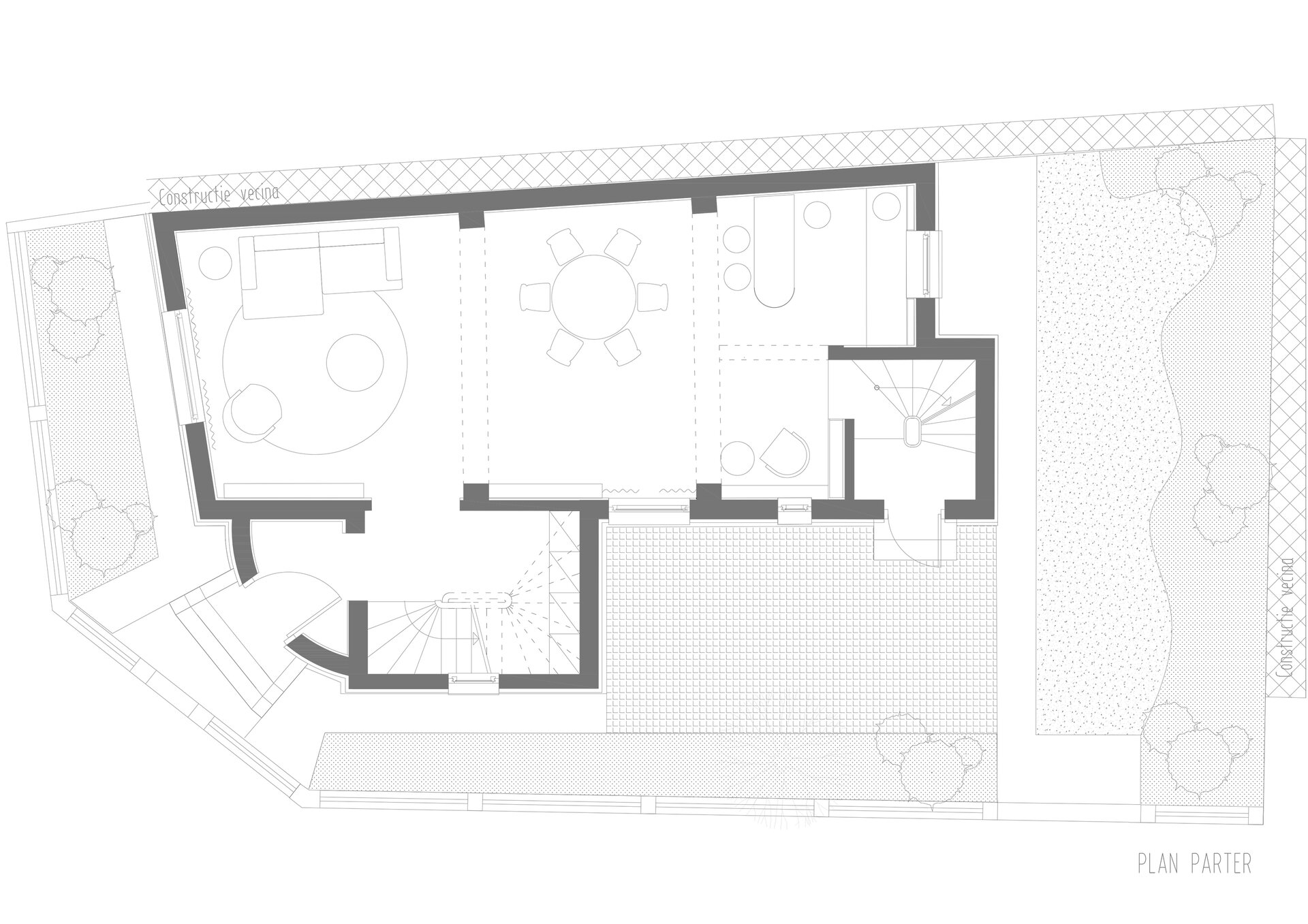 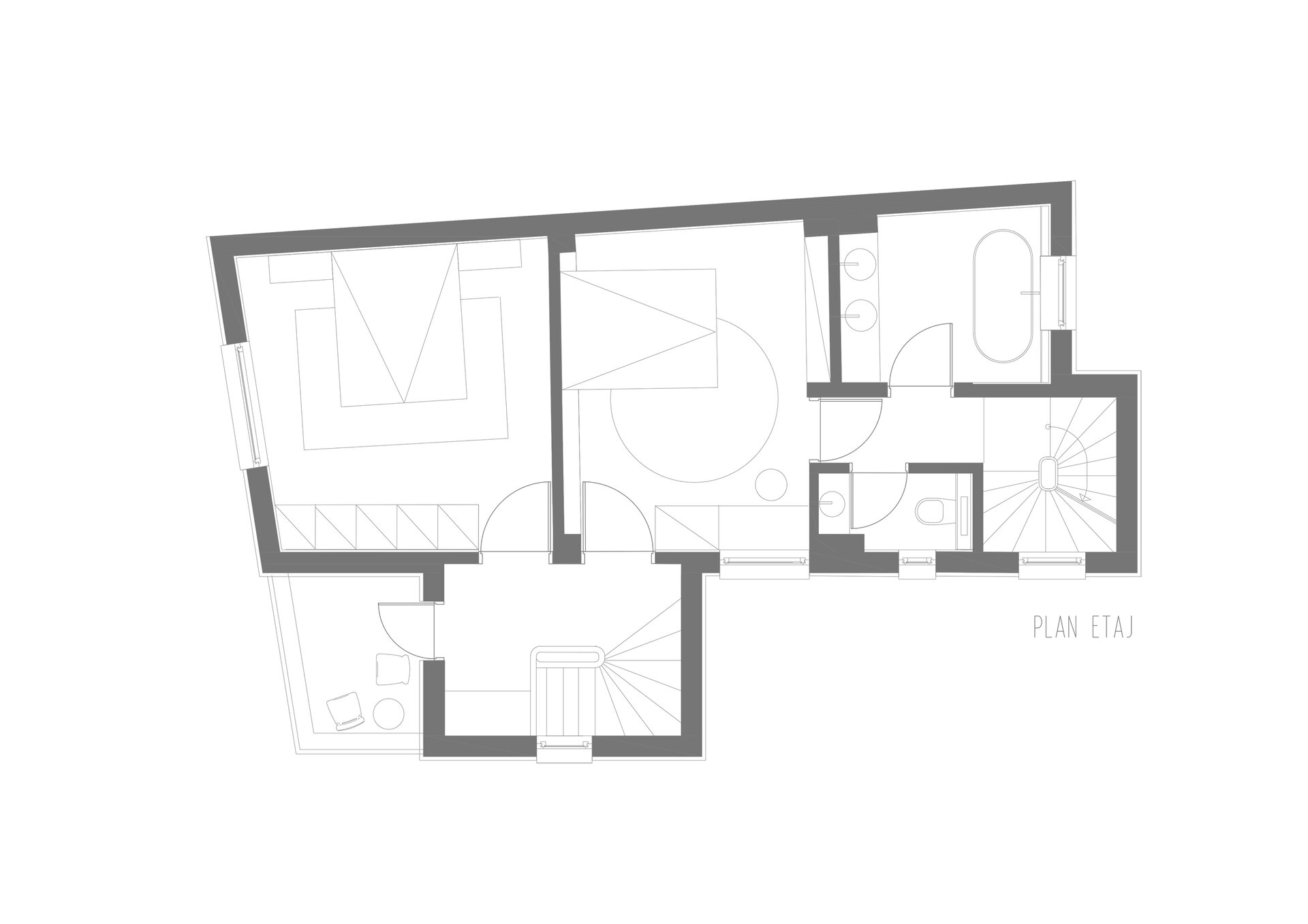 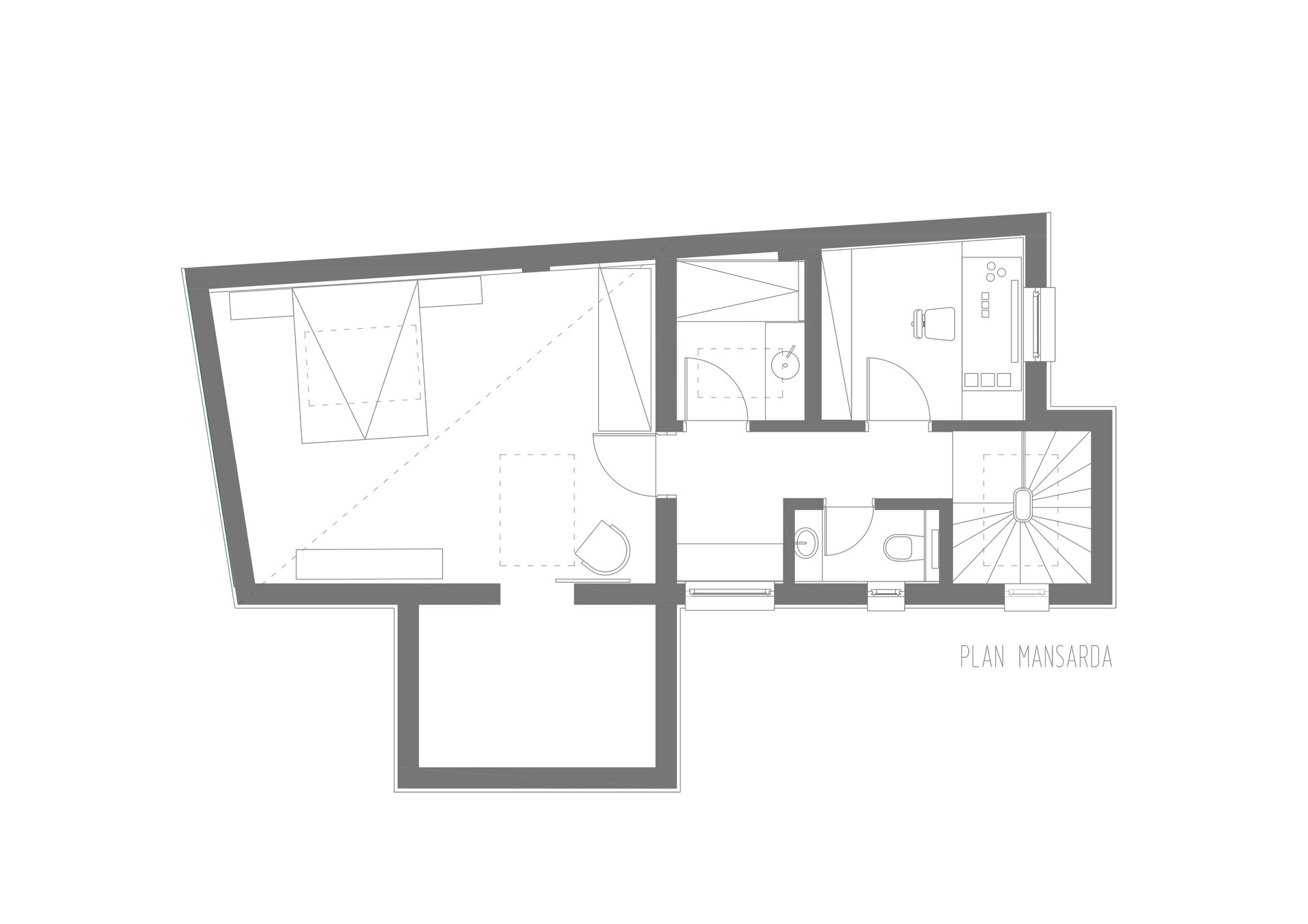 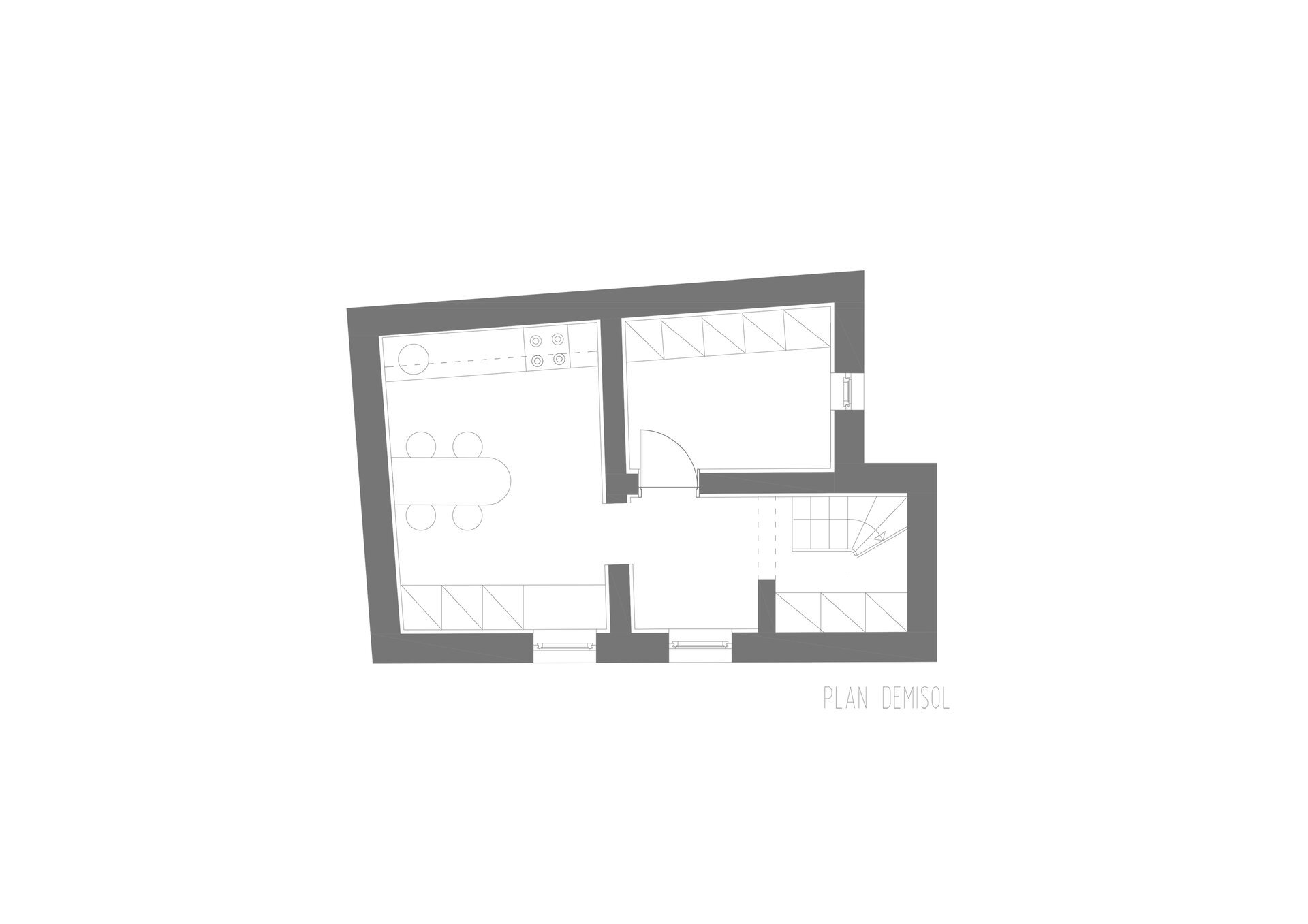 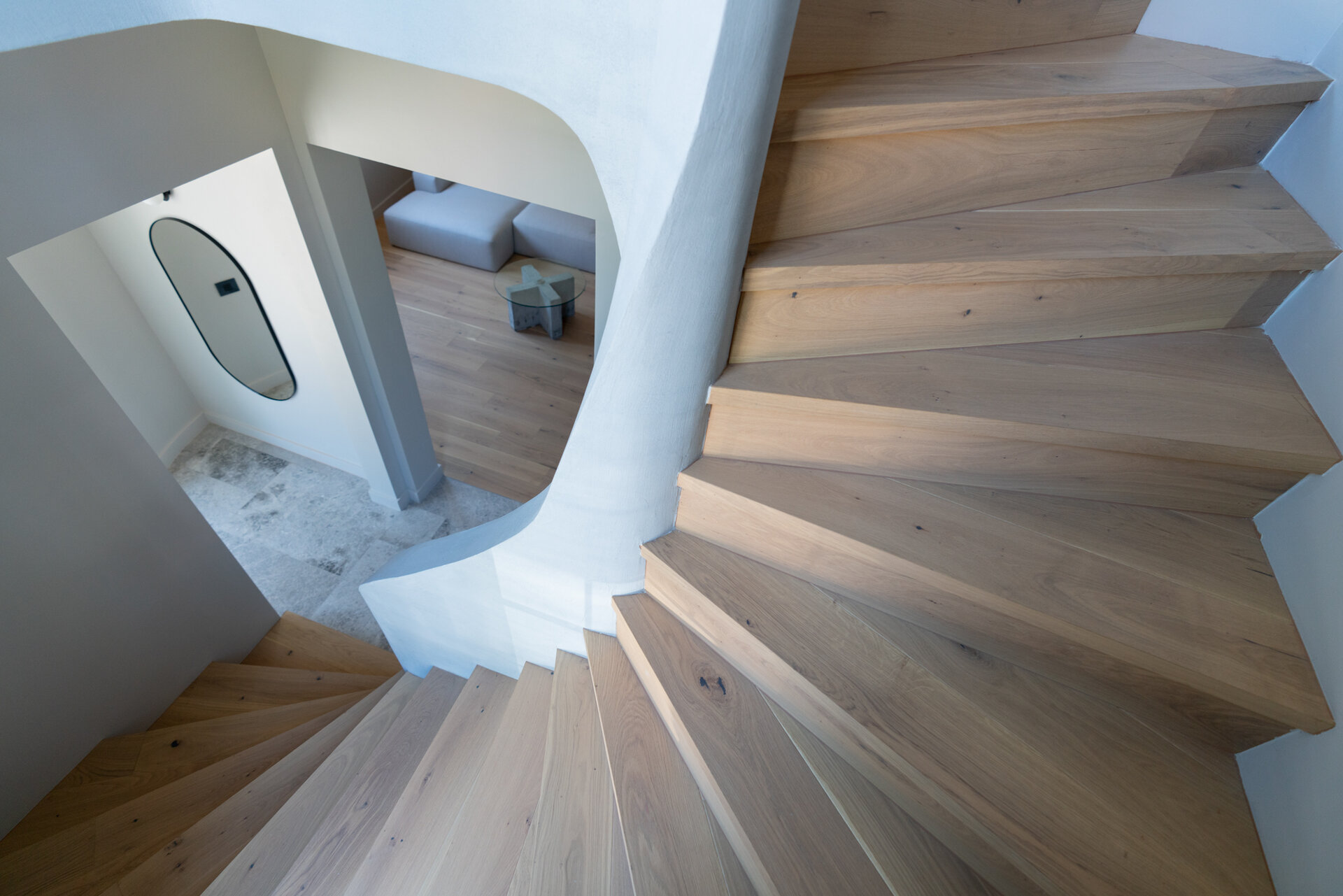