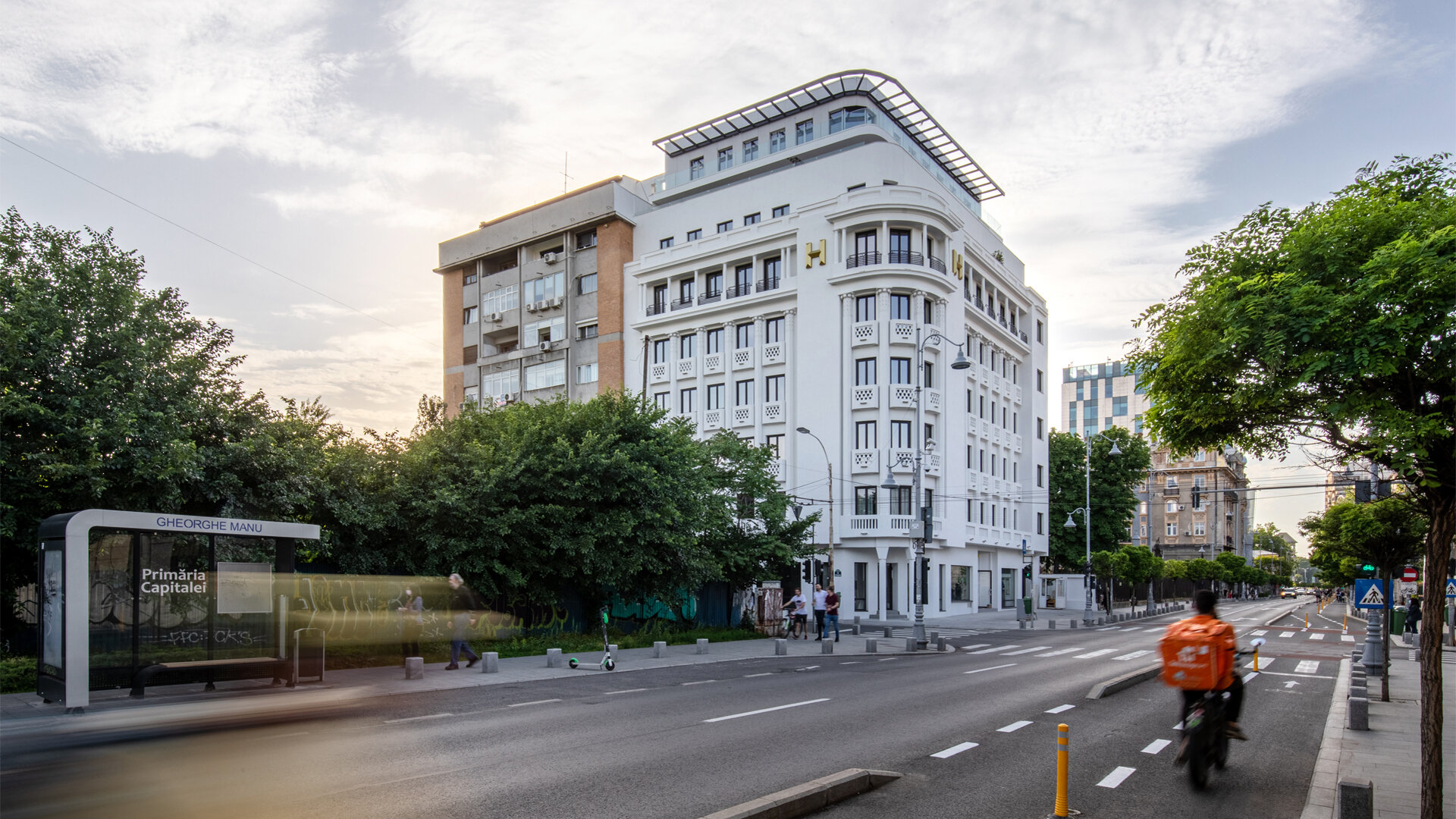 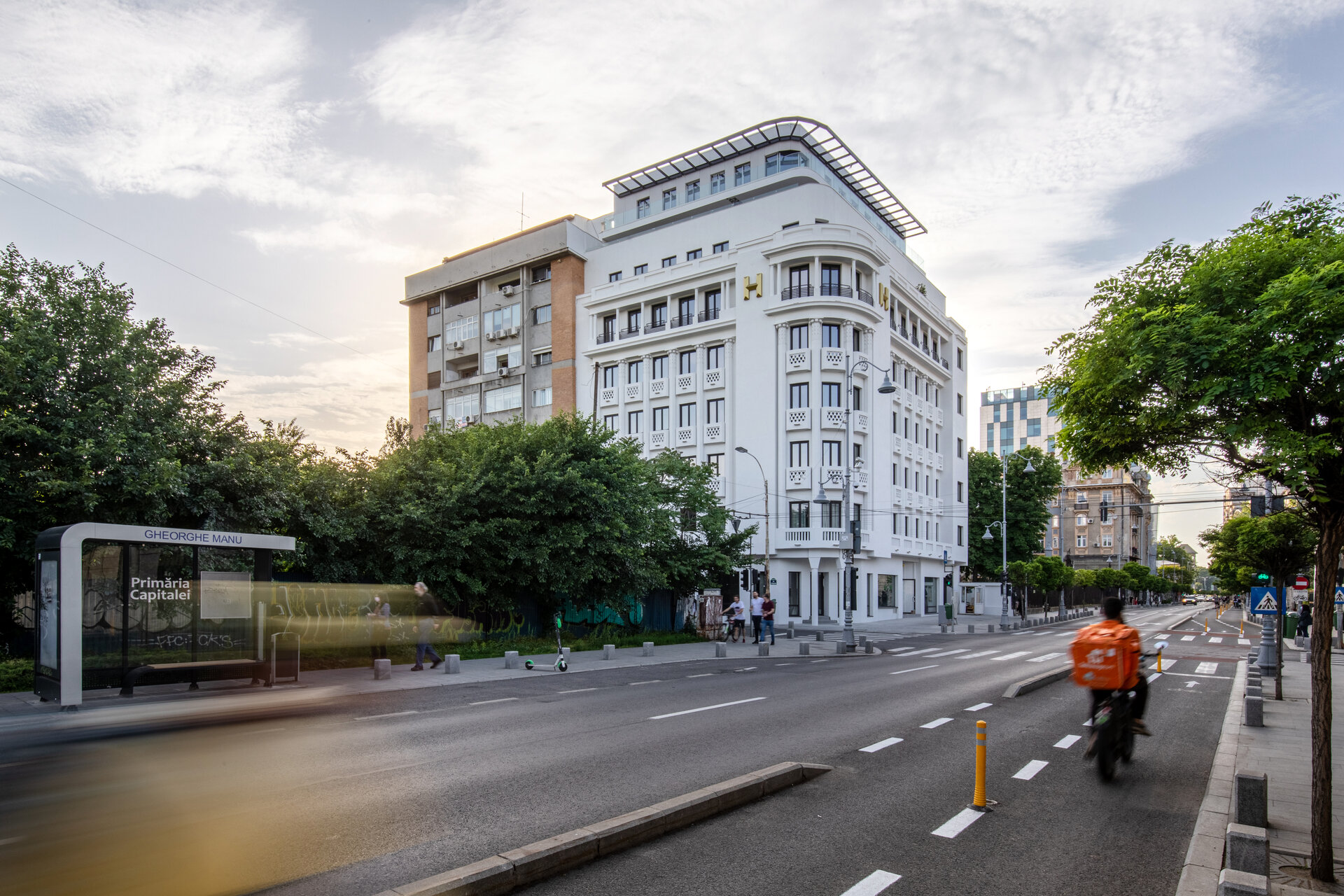 The apartment building on 139 Cala Victoriei has a very discreet presence, especially for the generic passer-by, whose eye would be caught rather by the details of Cantacuzino Palace right next to it.
It’s one of the least famous buildings designed by the architect Arghir Culina, perhaps the main representative of the Art Deco movement in Bucharest. The building, even though it doesn’t have the statute of a historical monument, has remarkable features, proportions and details and is a sensible sentinel at the crossroads of Calea Victoriei and Gheorghe Manu Street.
The building, who was first designed for the upper class, with generous public facilities on the ground floor, has gone through decay in the latest decades. After 2016, the building was registered with a high seismic risk level and the retail spaces closed. The last tenants left in 2017, and after that the building has gone through a major restoration and rehabilitation process.
In many of the apartments abandoned by the tenants, we found stories of living through certain objects, or interventions in the interior design, or photographs, journals, books.
Each room told us a story about their users who left more recently or a long time ago and about the relationship they had with their former home – some kept the original finishes, others tried to renovate with modern materials, some created fake columns and fireplaces in an attempt to make their homes more pleasant. Various furniture pieces and decorations were probably there from the very beginning.
Our project focused on creating contemporary apartments, who meet standards that are adequate for this specific program, in an inter-war building previously occupied by rich families. Because the lifestyle coordinates changed significantly in the last decades, the building had to go through a deep transformation process. While still conforming to norms and standards, we made an effort to preserve a little part in the history of Bucharest.
The general composition of the building and the architecture of the facades were the main constraints that defined the intervention: the street facades are entirely preserved up to 6th floor, while the reclused upper floors presented us with more available scenarios, since they were visually separated by the rest of the building by a massive horizontal profile.
The main intervention is transforming the mansard in a reclused floor, with a flat roof. This way, the building gained a more contemporary allure, without significantly affecting the general appearance and perception over the building. The main two volumes are separated through materiality – while the first five floors maintain the original plastering, the upper floors have fiber cement cladding, and the window frames are aluminum. We created a fine contrast between the two areas by replicating the position and ratio of the windows. The last floor is defined by two horizontals, similar to the lower floors – the balcony with a glass railing and the metallic pergola.
Our desire to preserve the vintage elements is also present in the interior, where the design uses Art Deco influences. This way, there’s a continuity between interior and exterior, and the lobby brings the street life inside. The ground floor is reopened for the general public.
Through this intervention, the building gets a second chance to be a part of the city. The future users will be hosted by a new landmark with a splendid city panorama, while benefiting of contemporary living standards. Last but not least, the city regains part of its history. 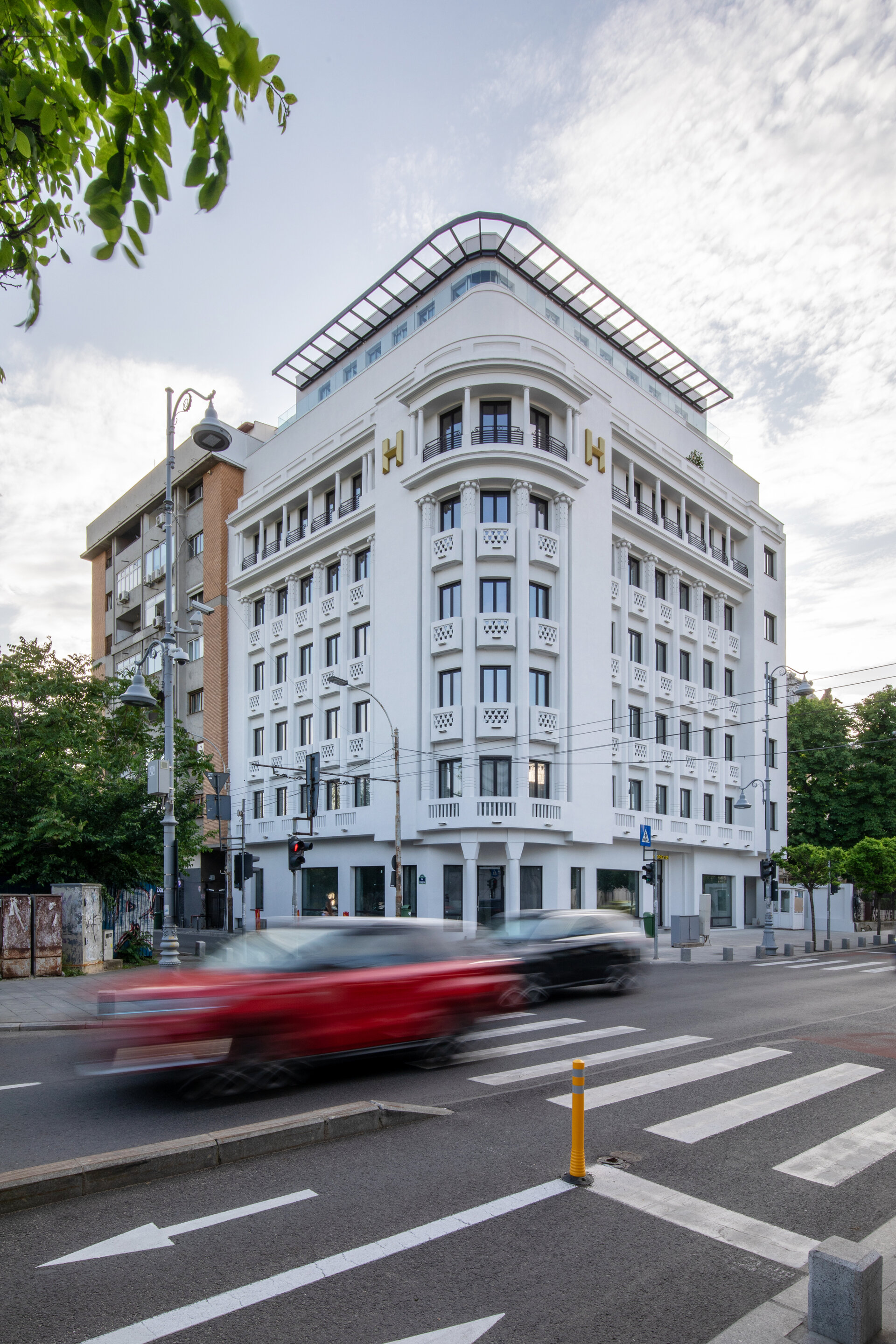 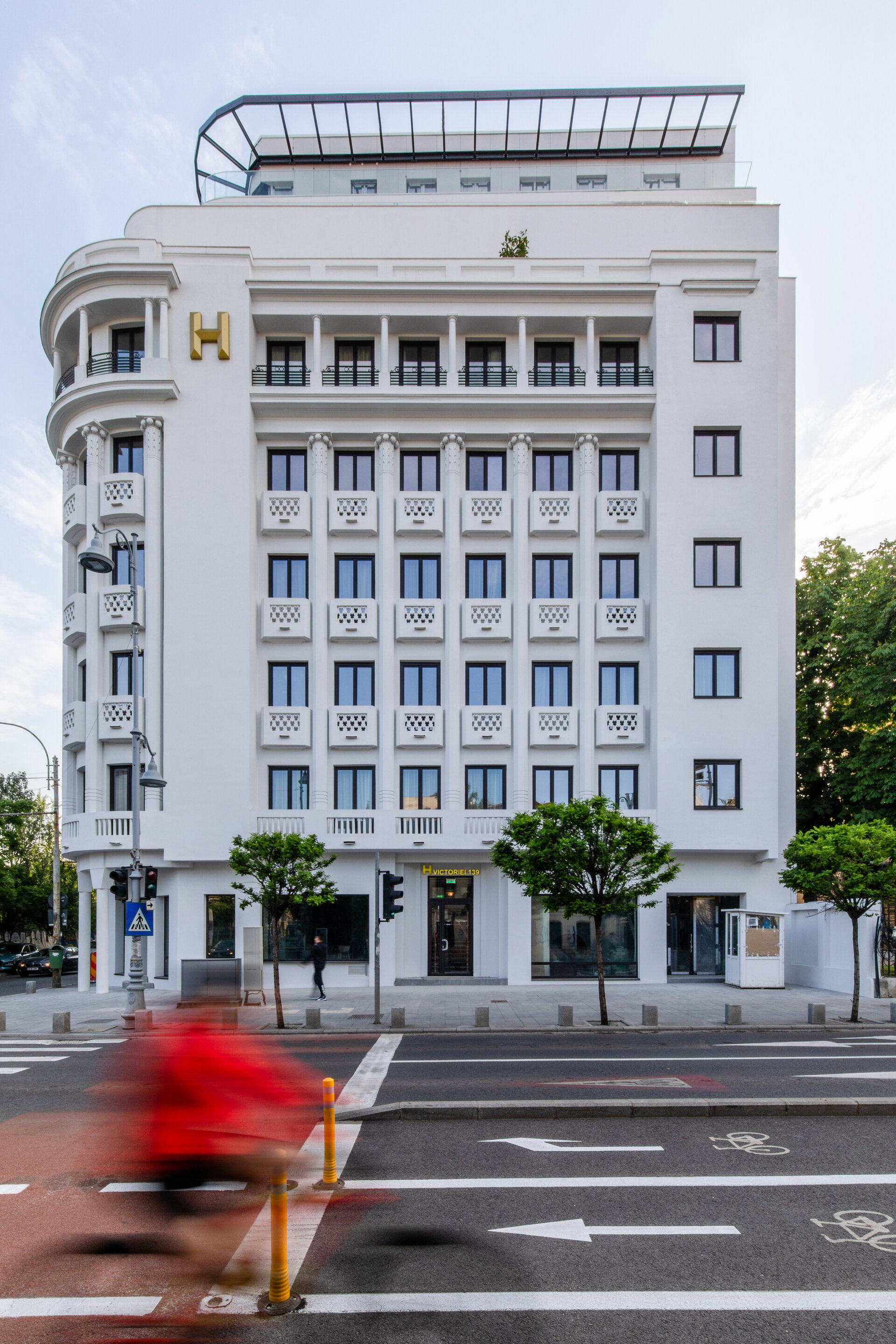 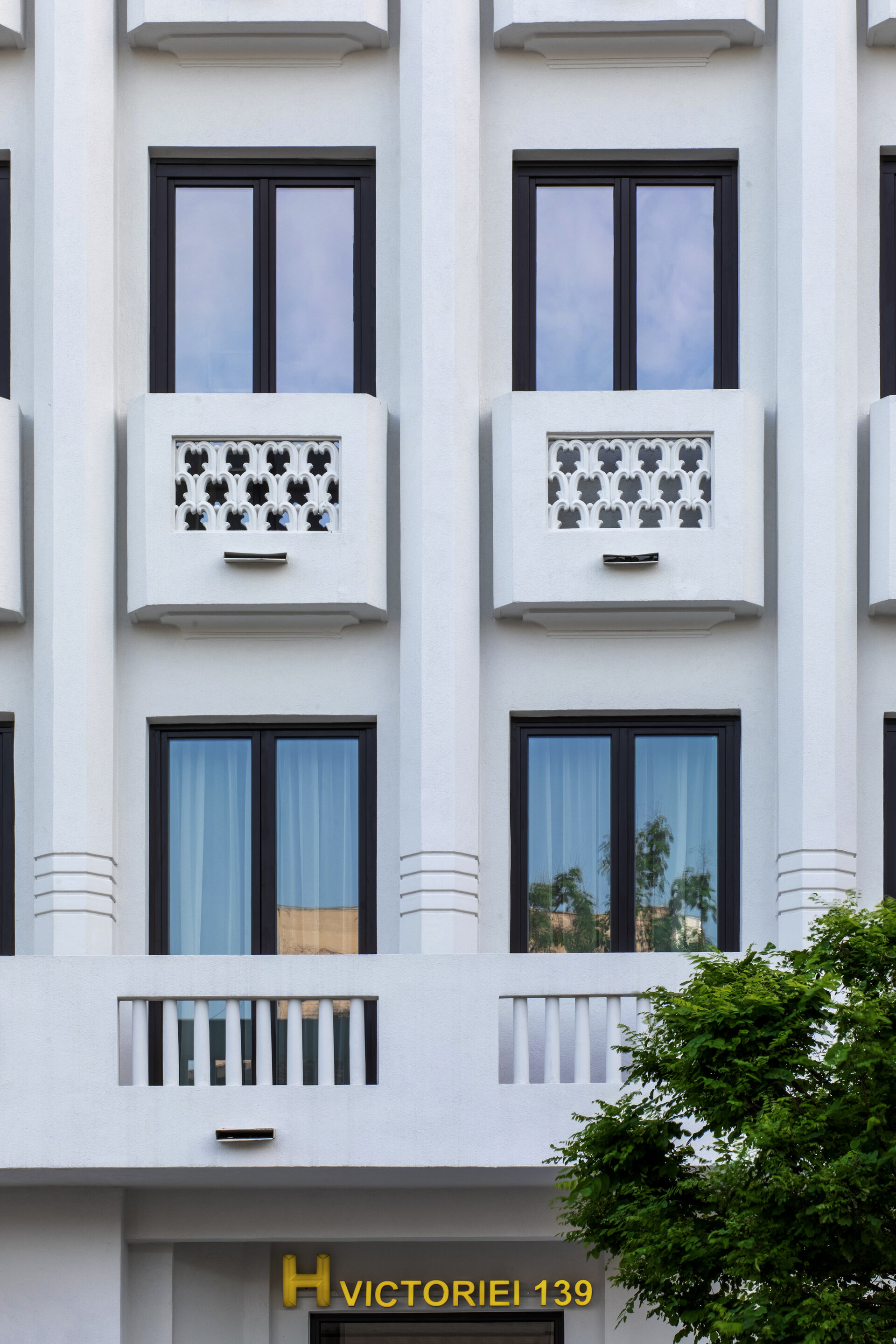 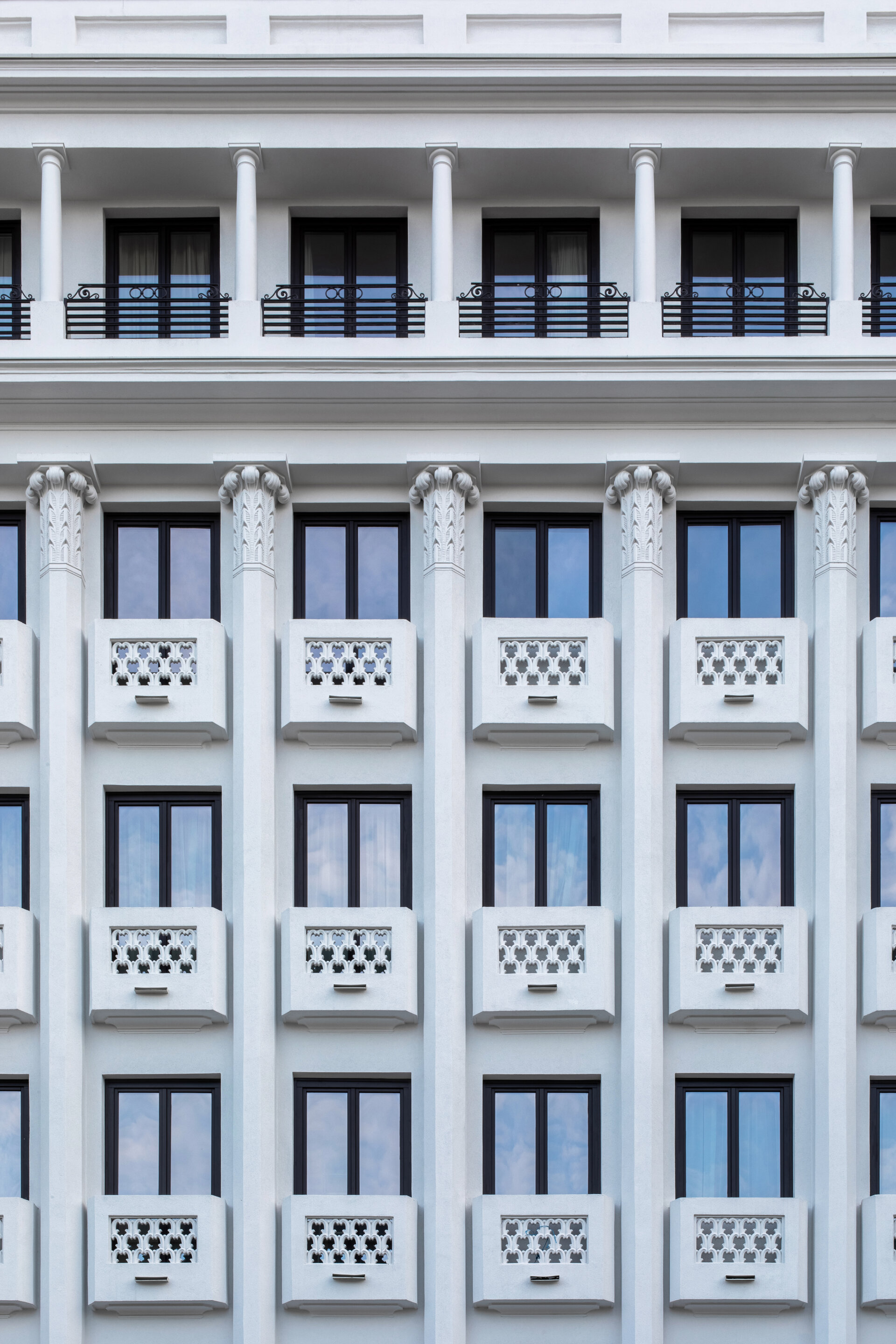 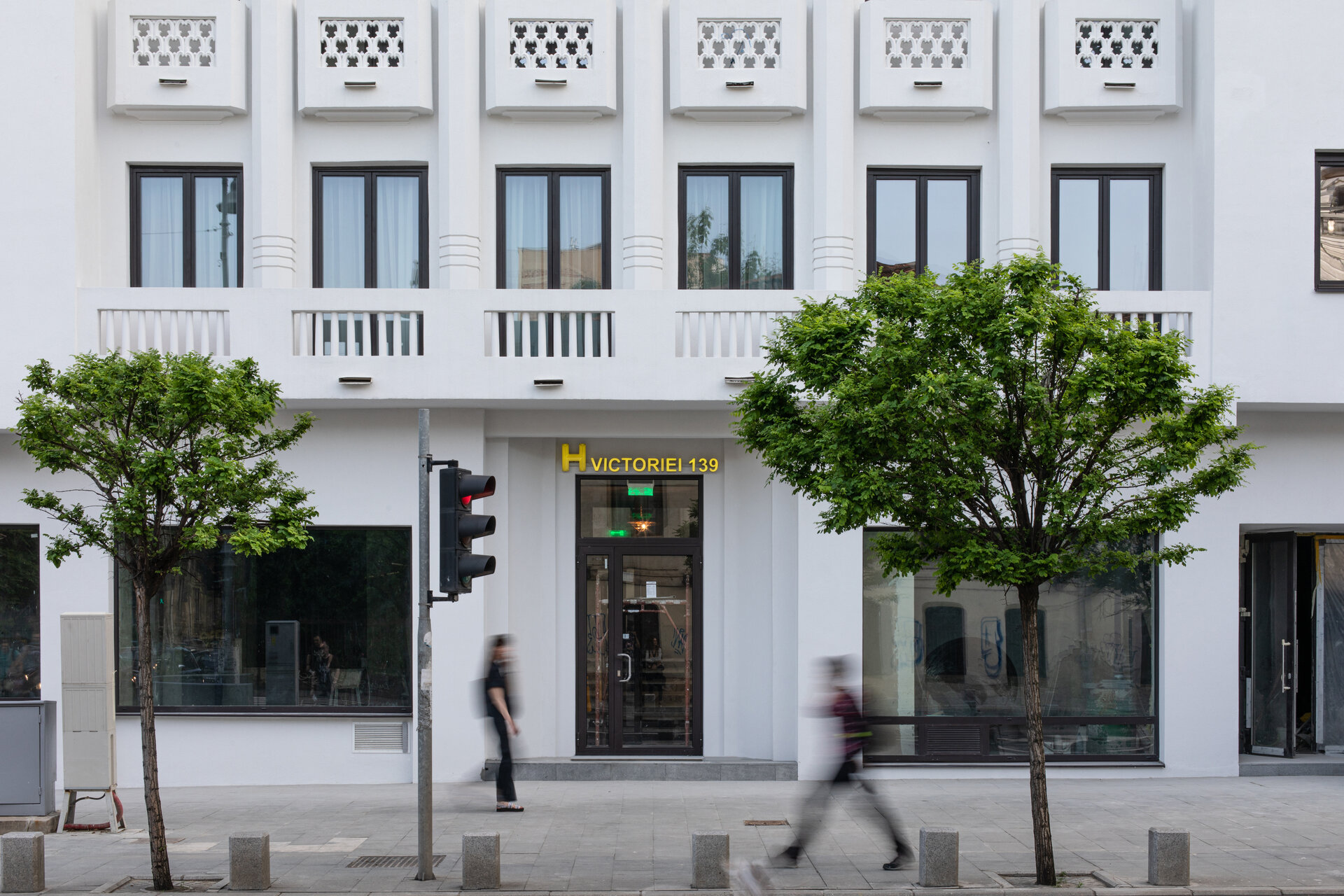 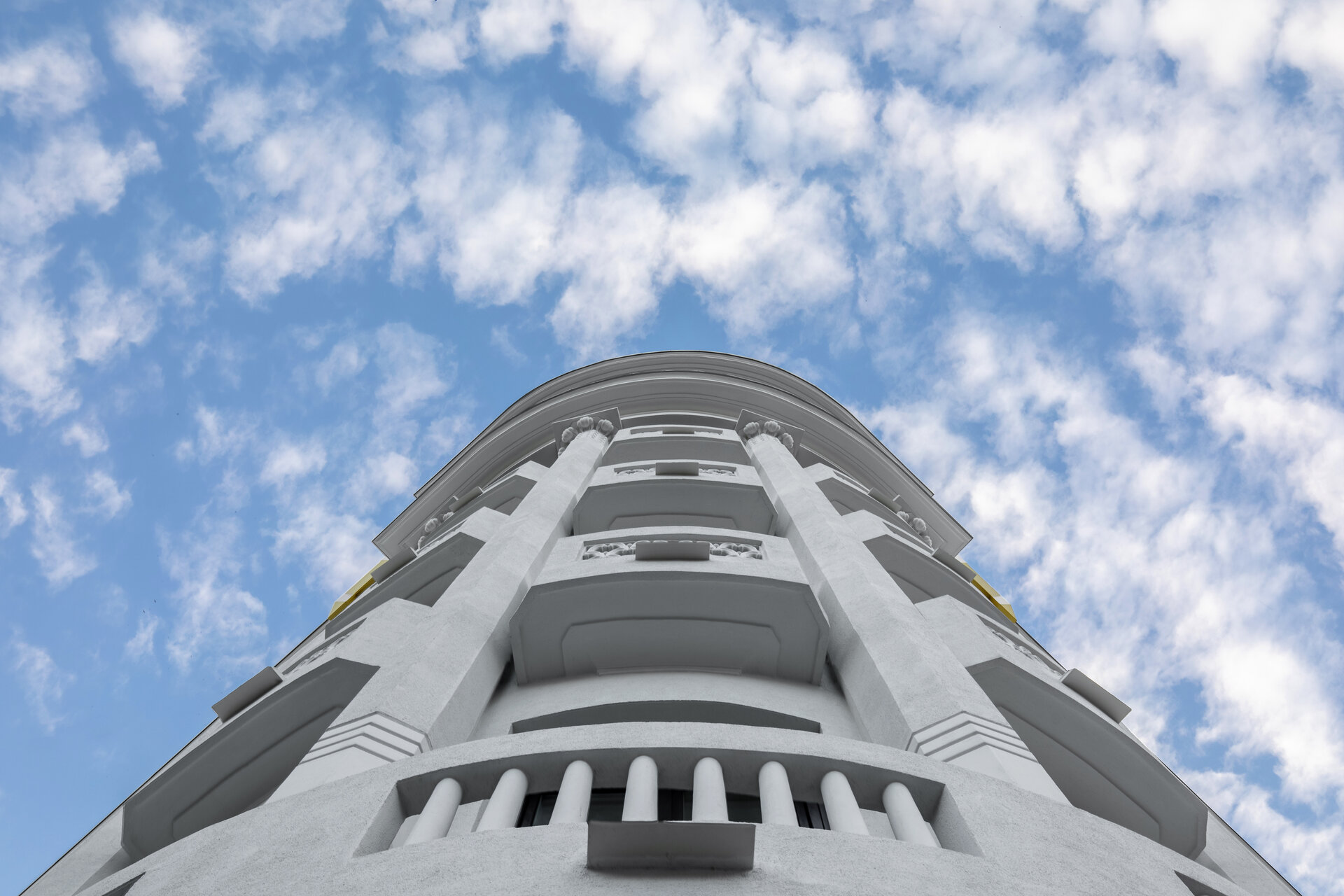 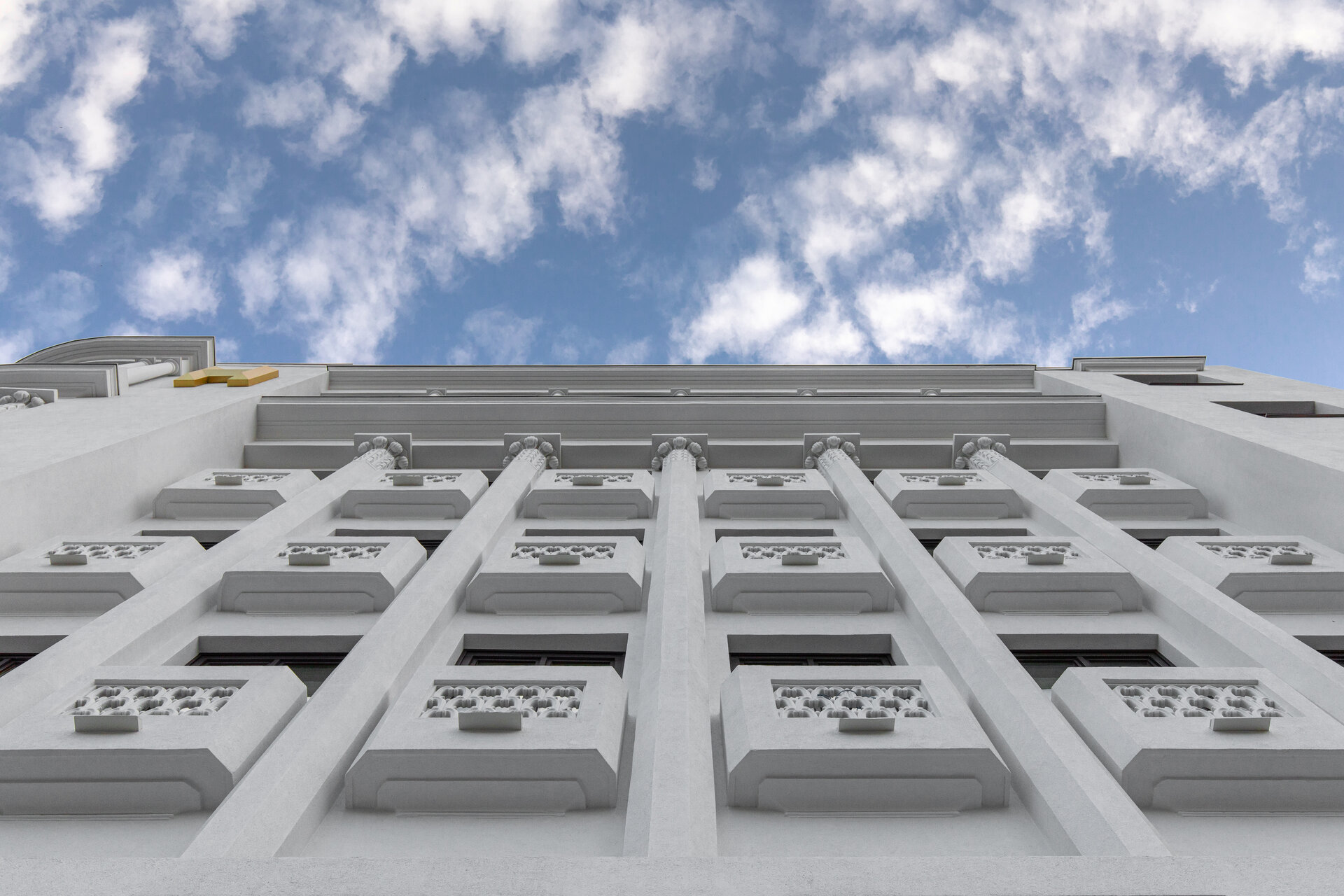 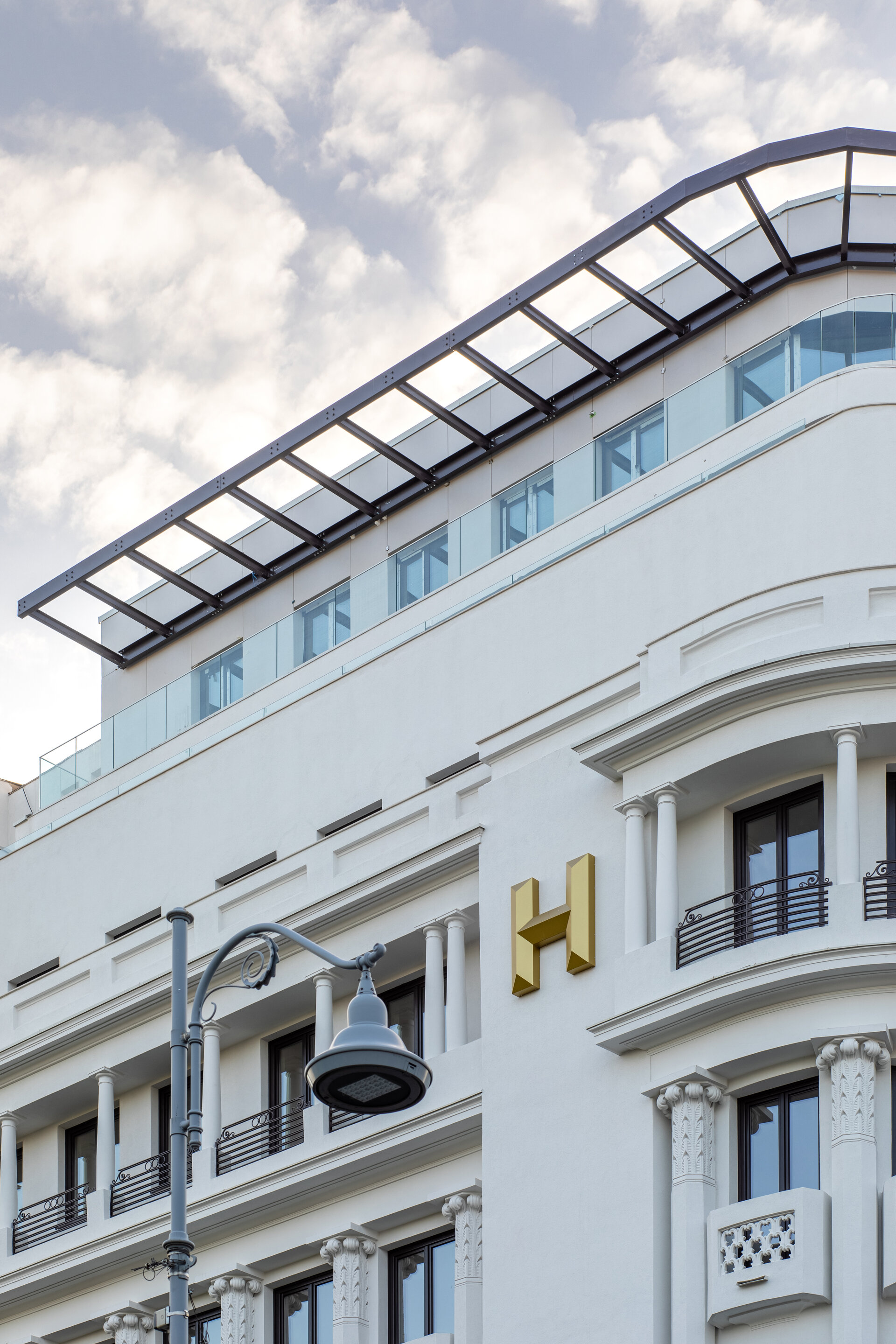 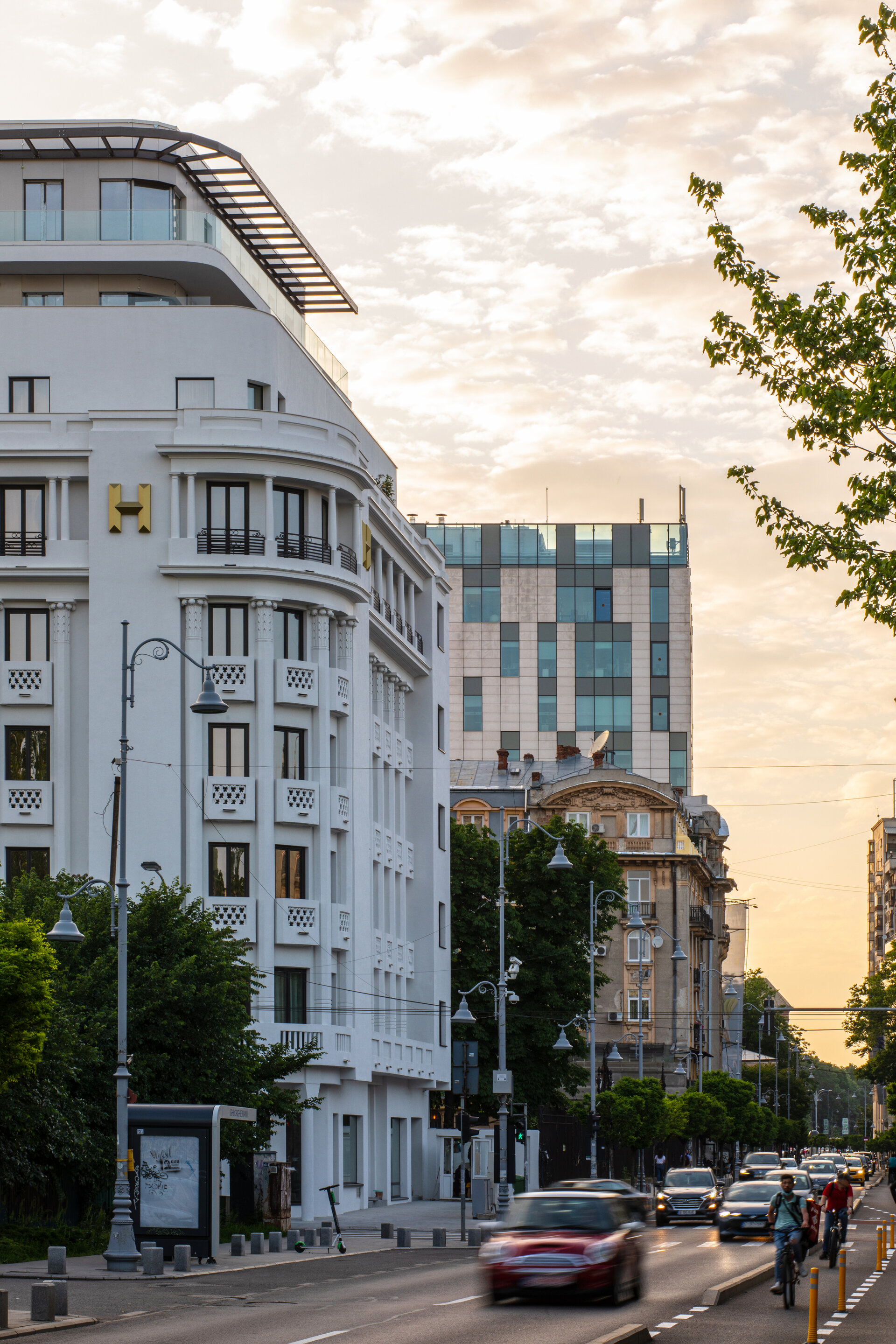 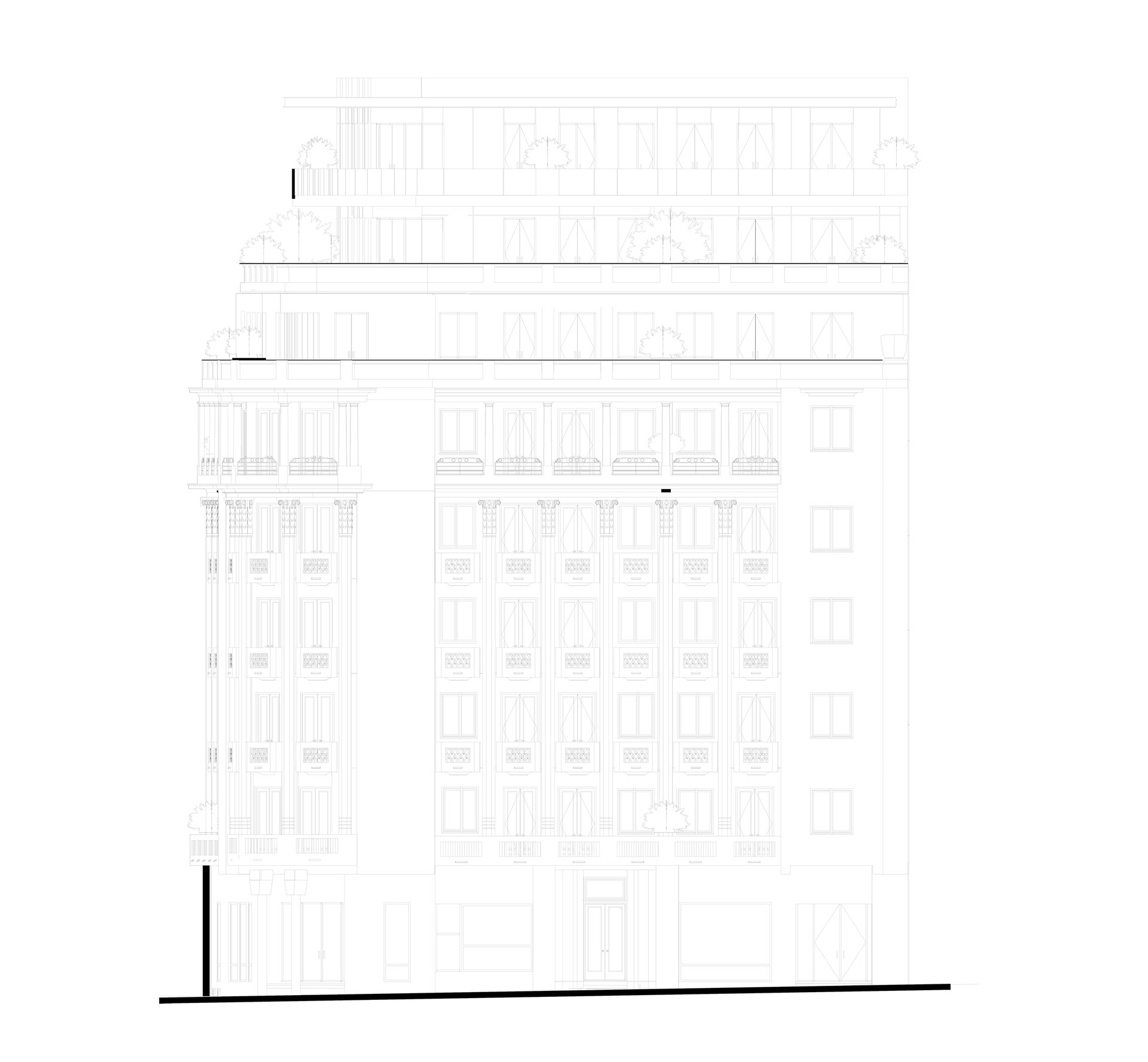 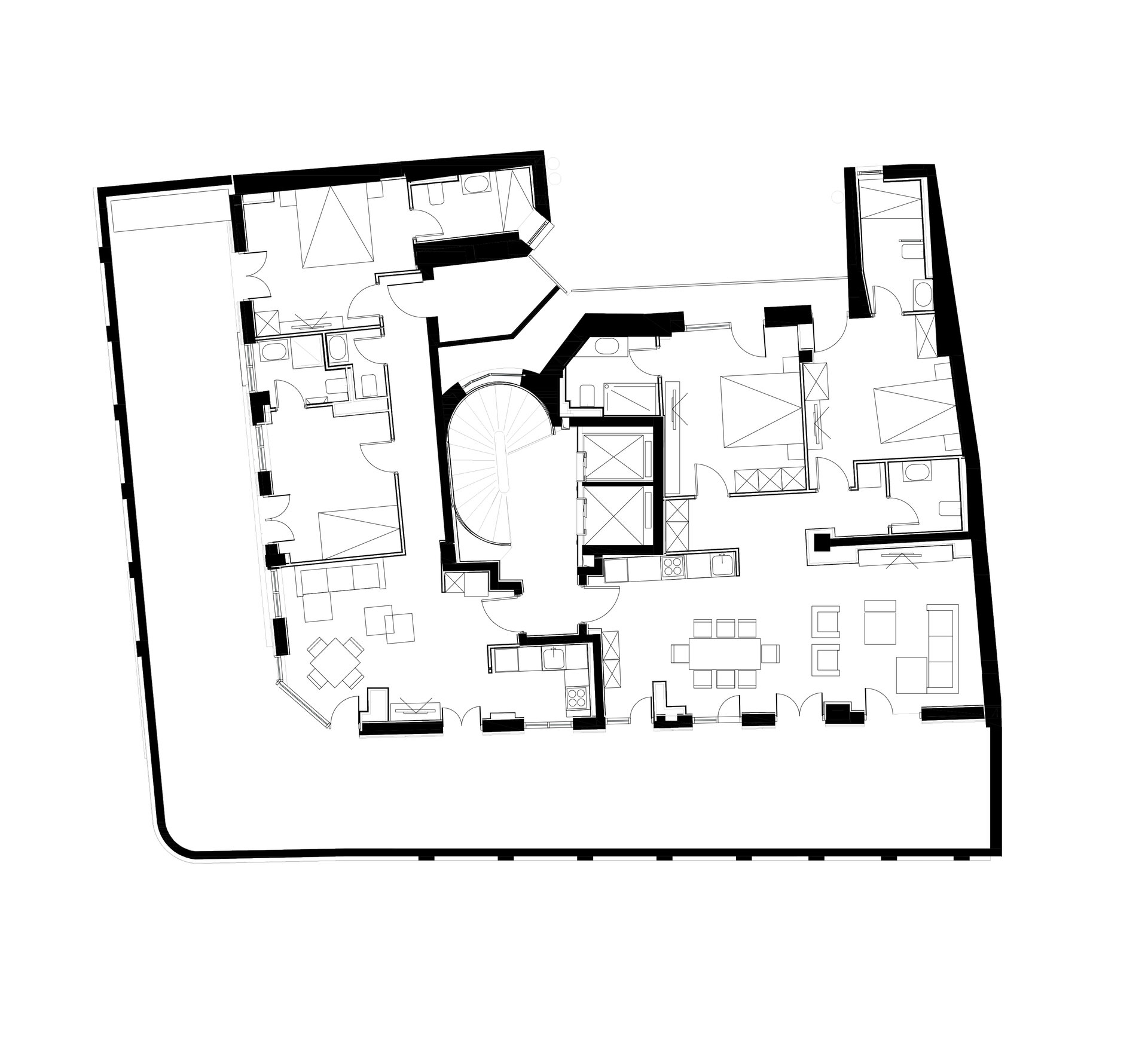 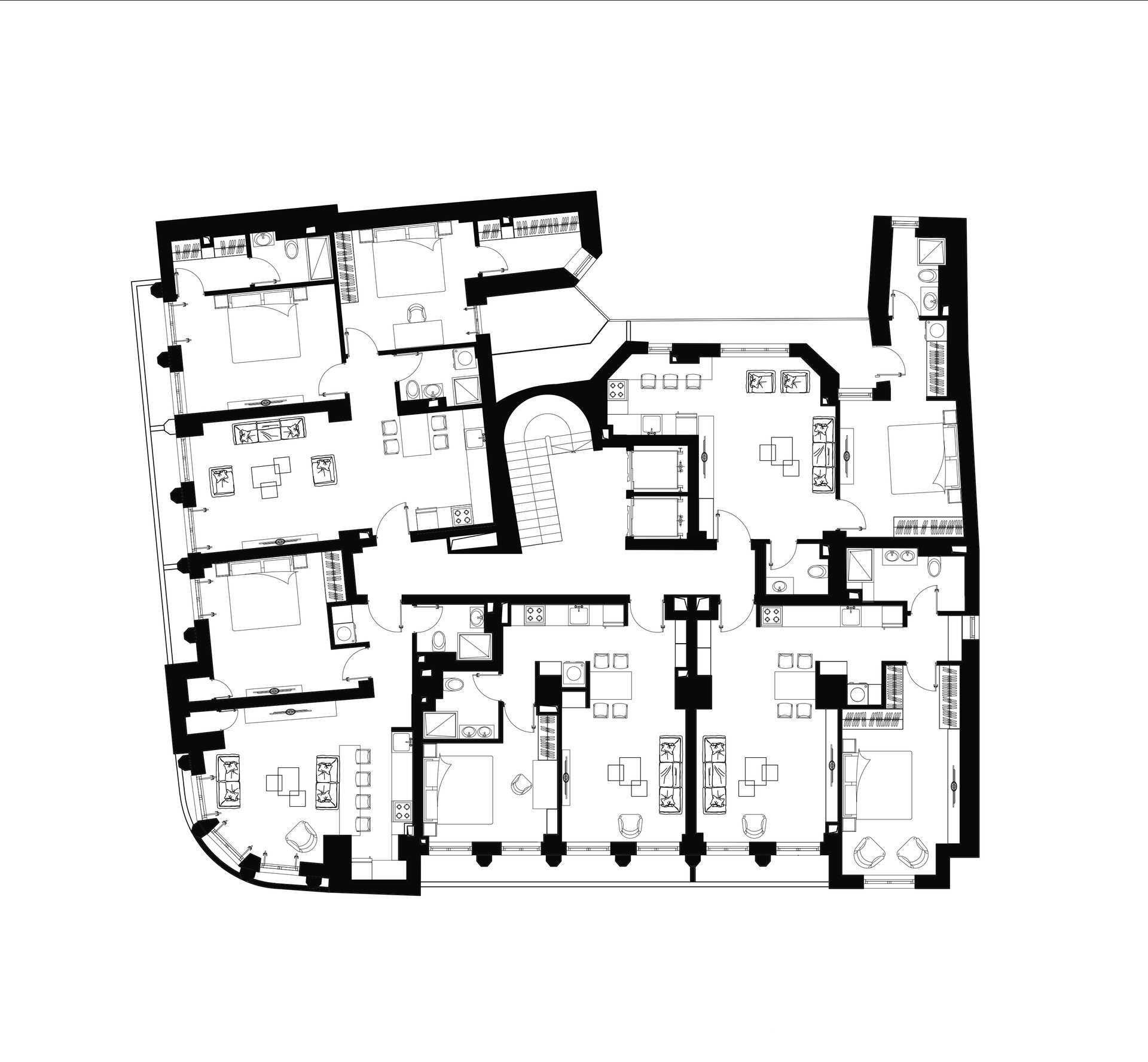 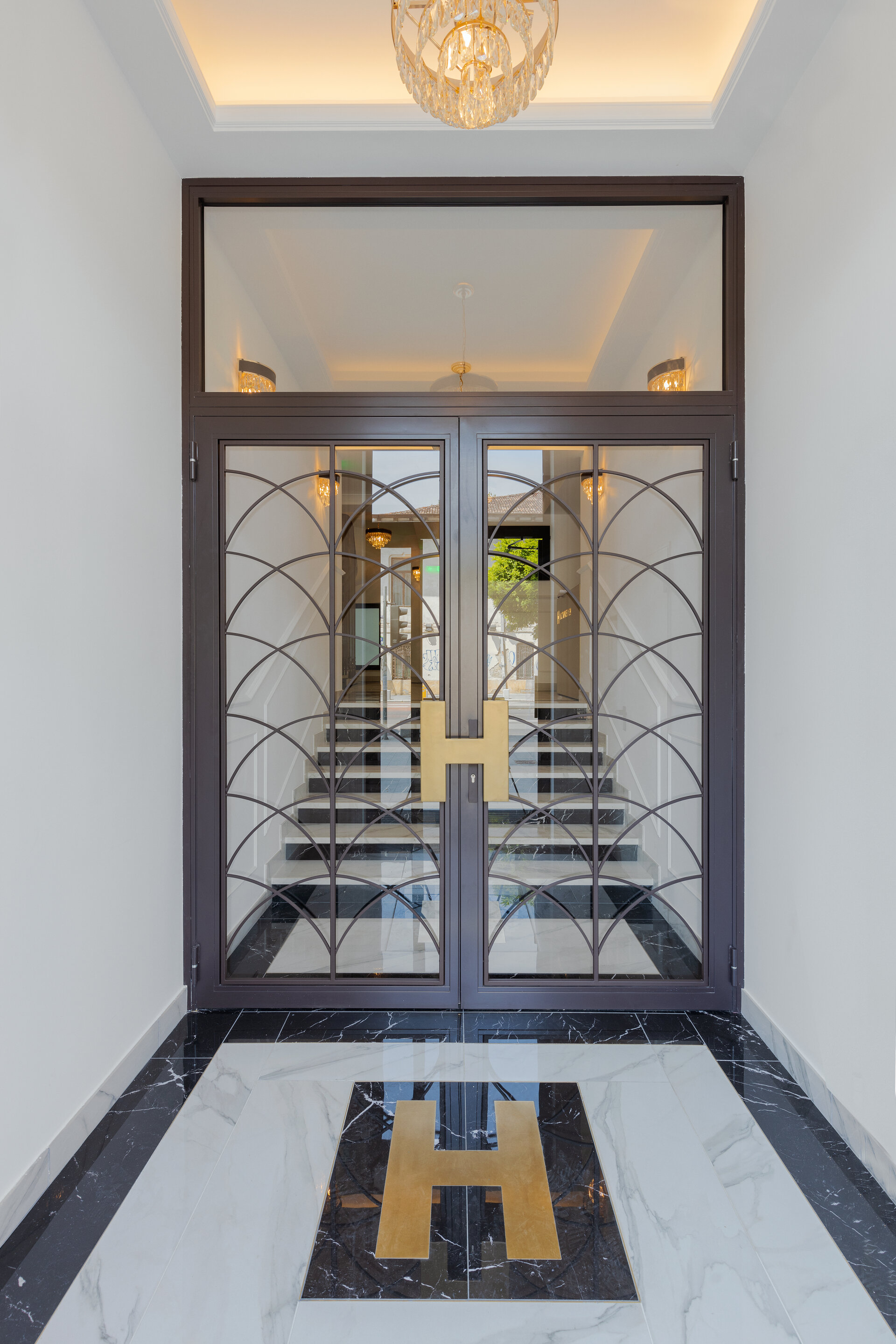 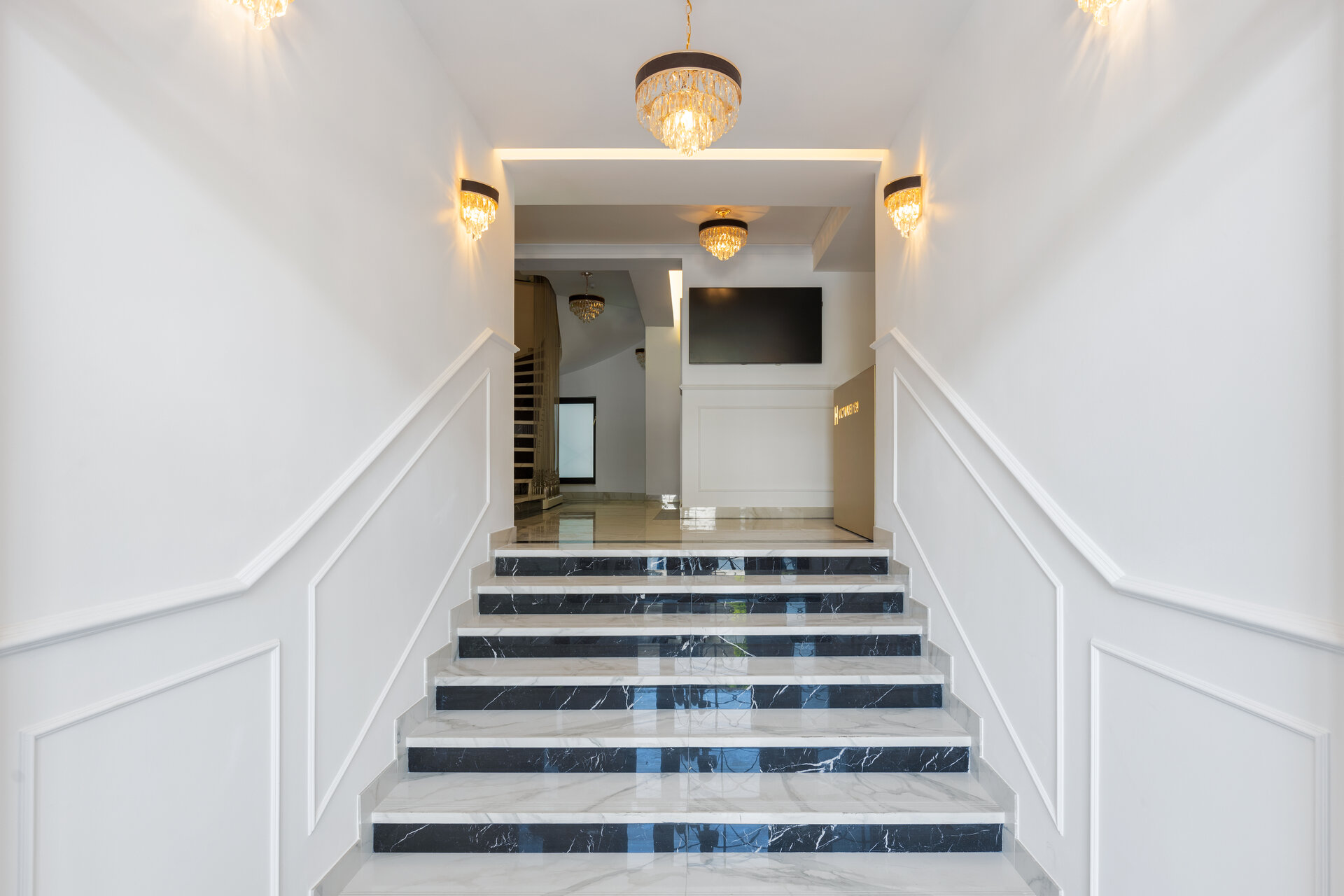 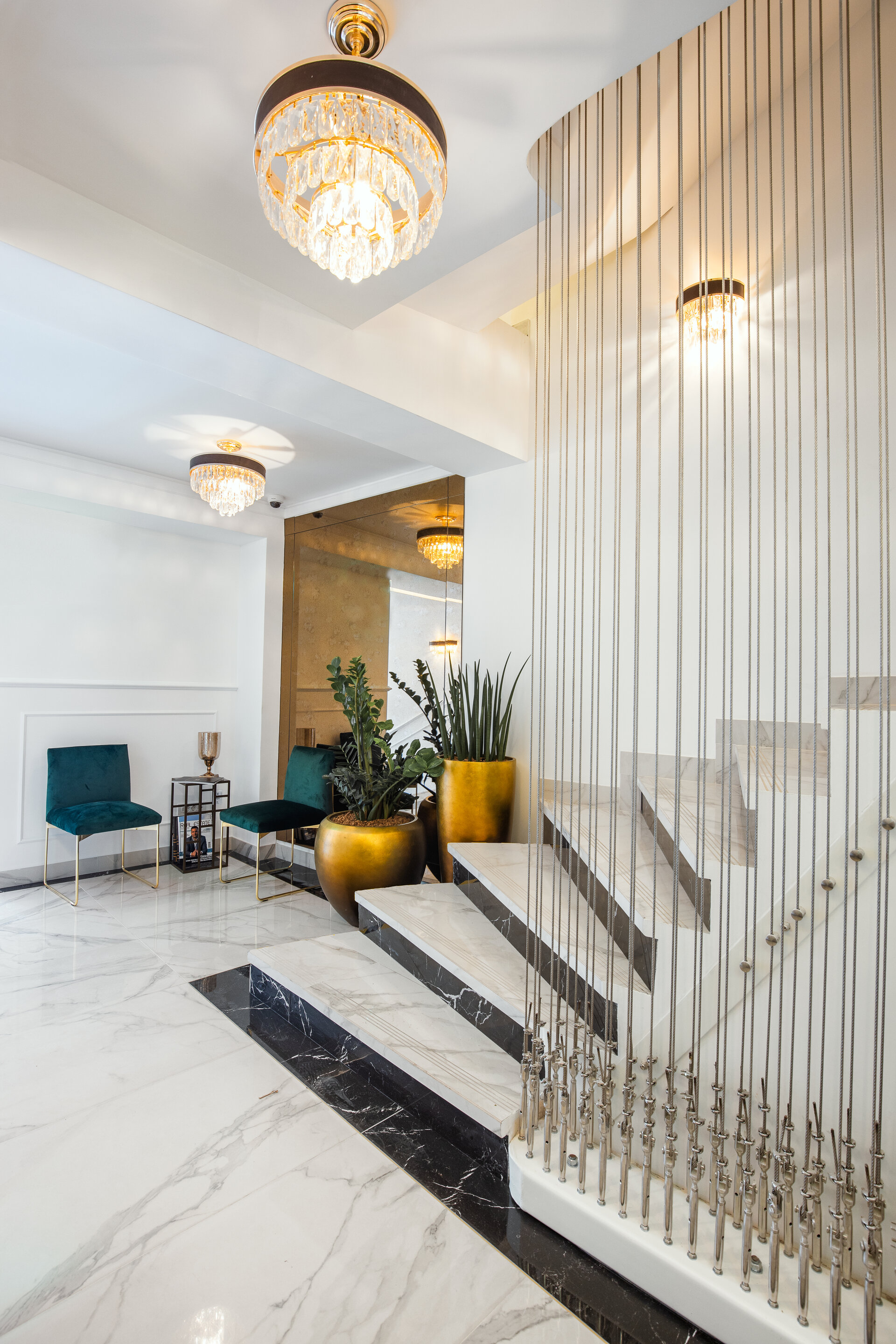 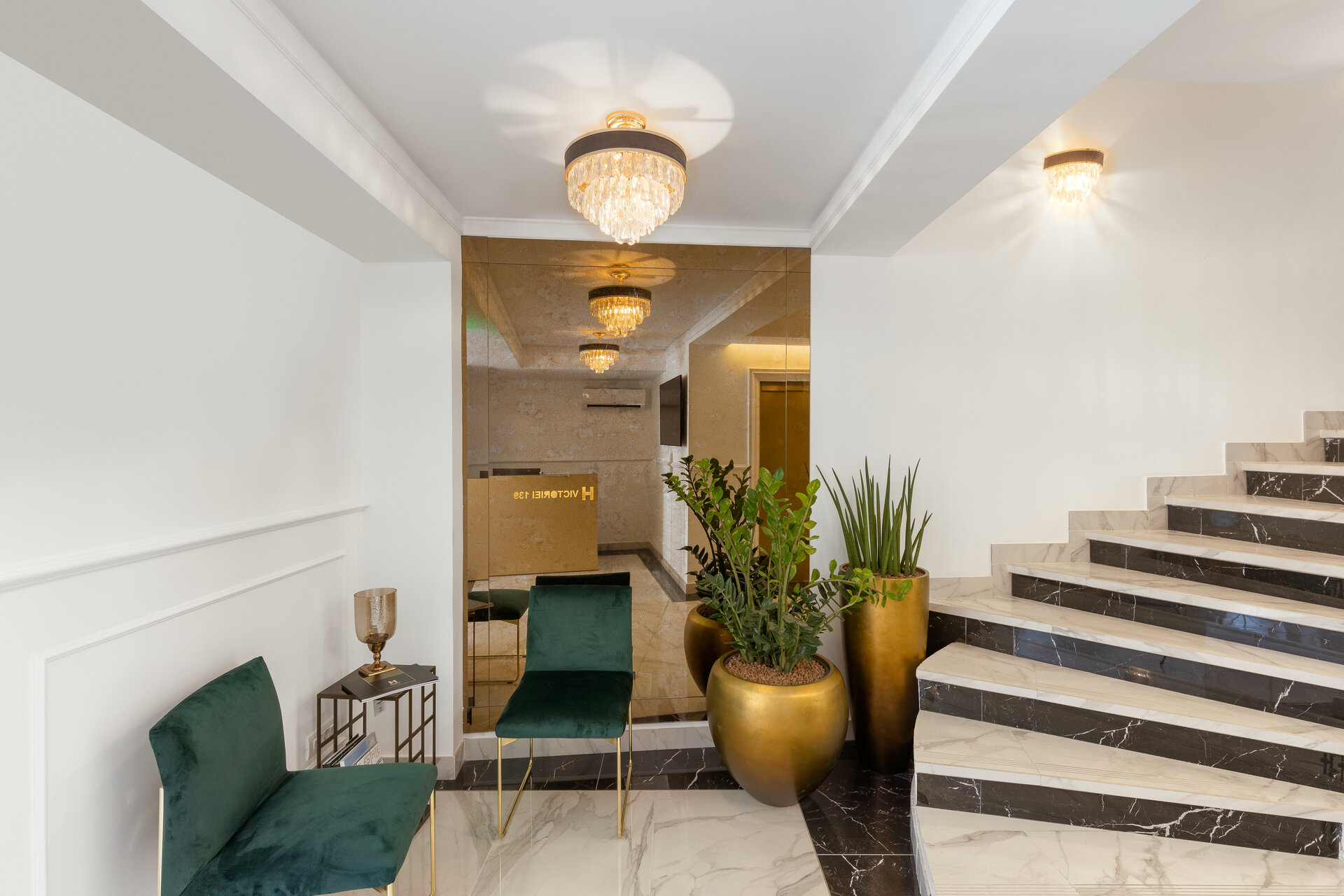 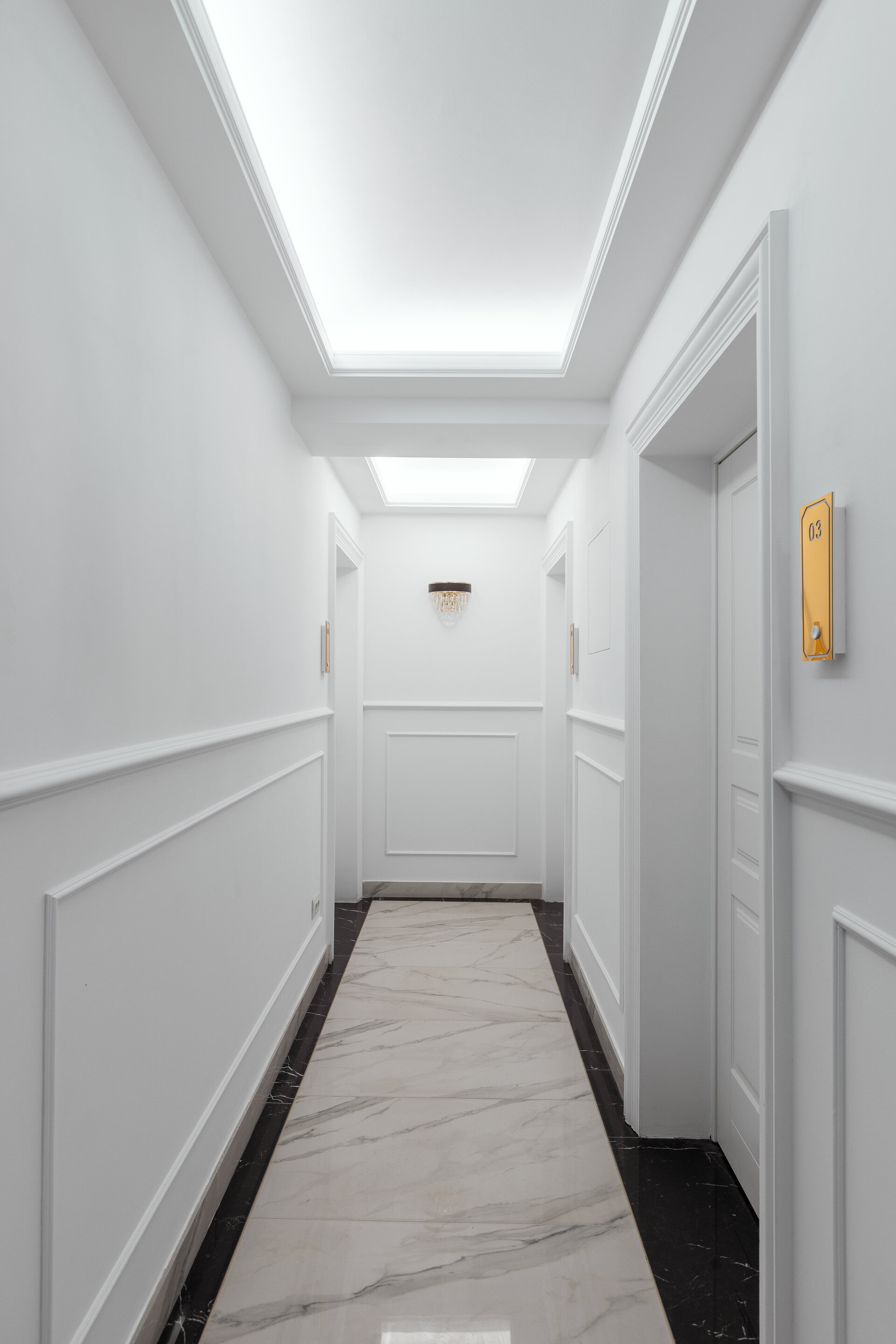 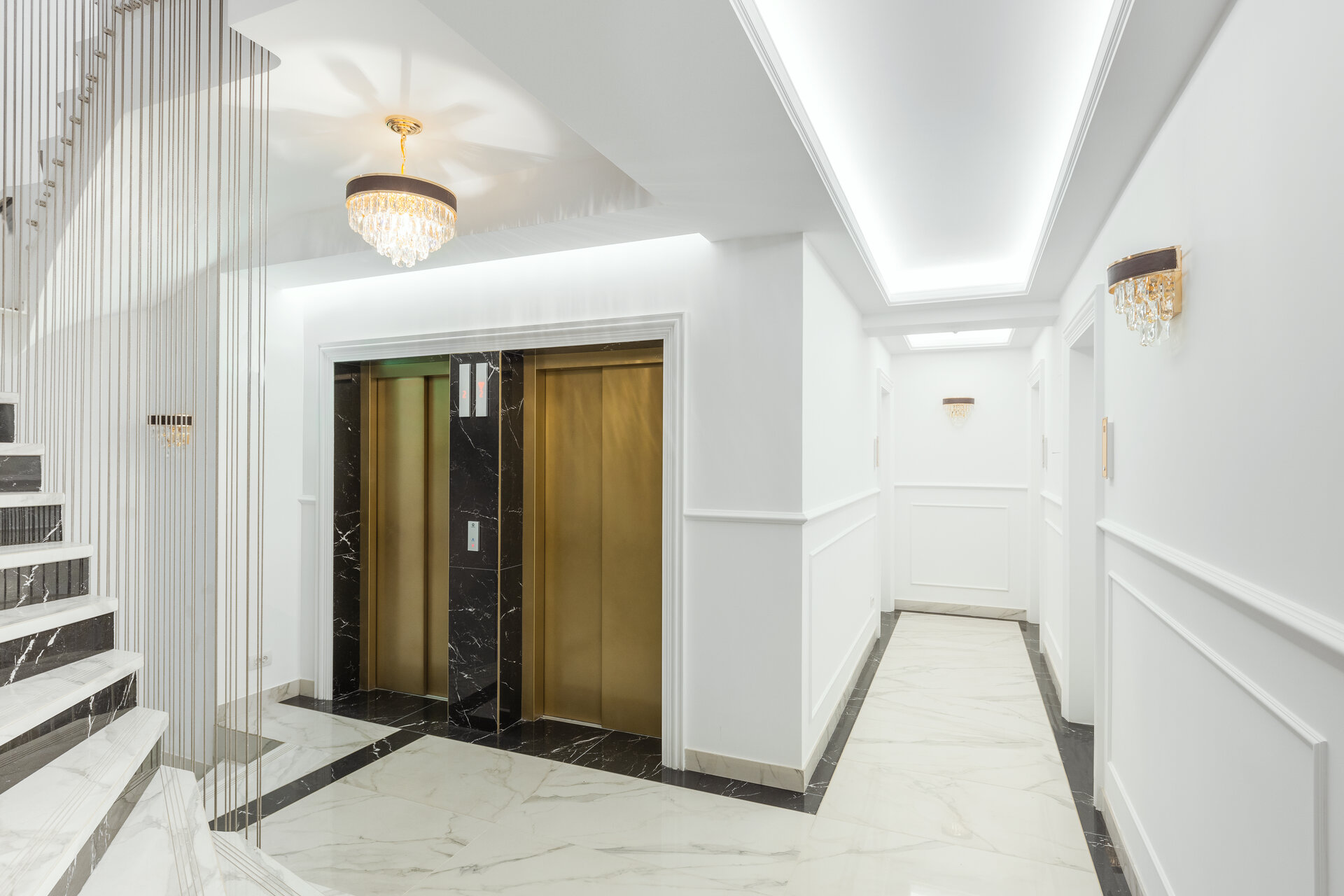 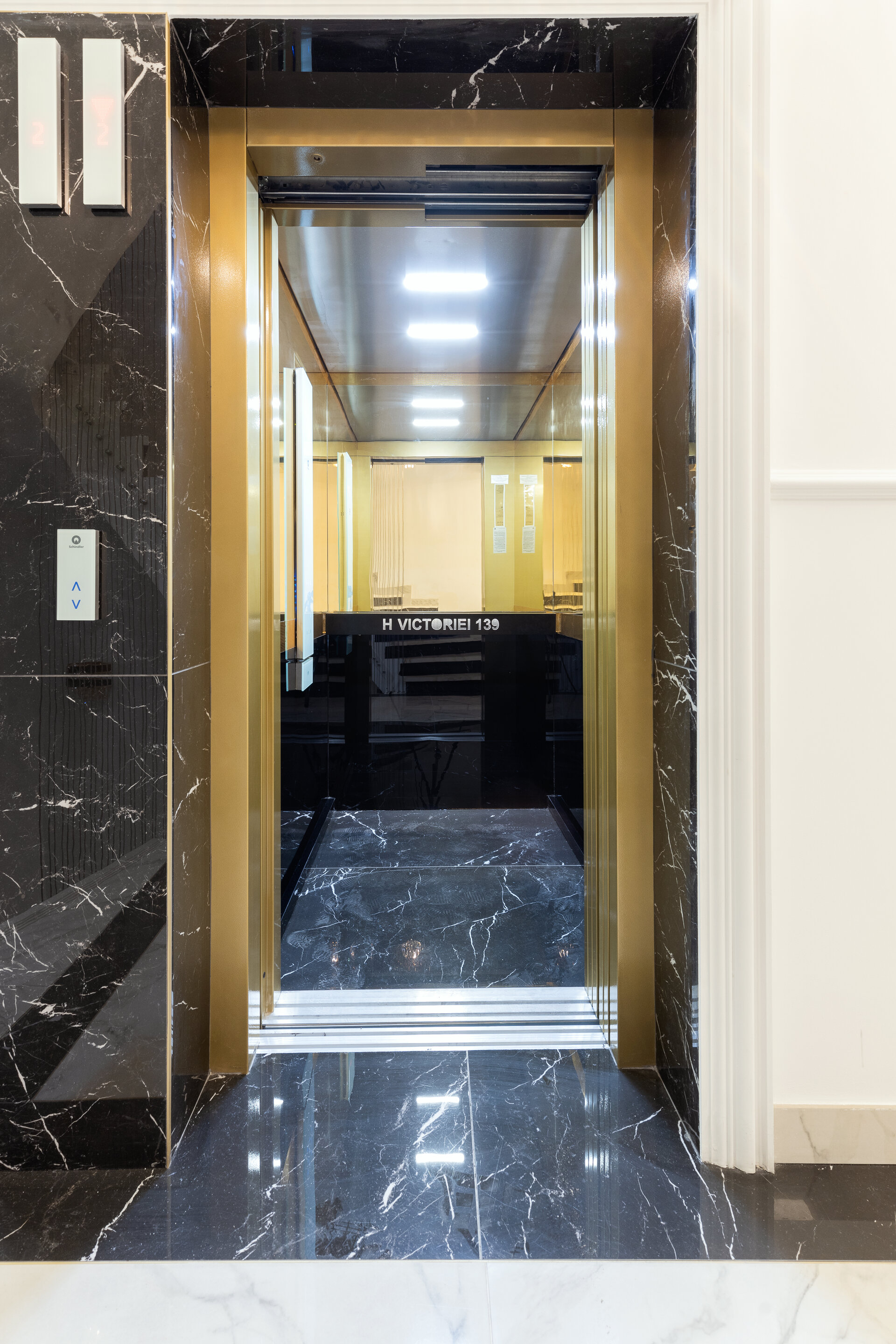