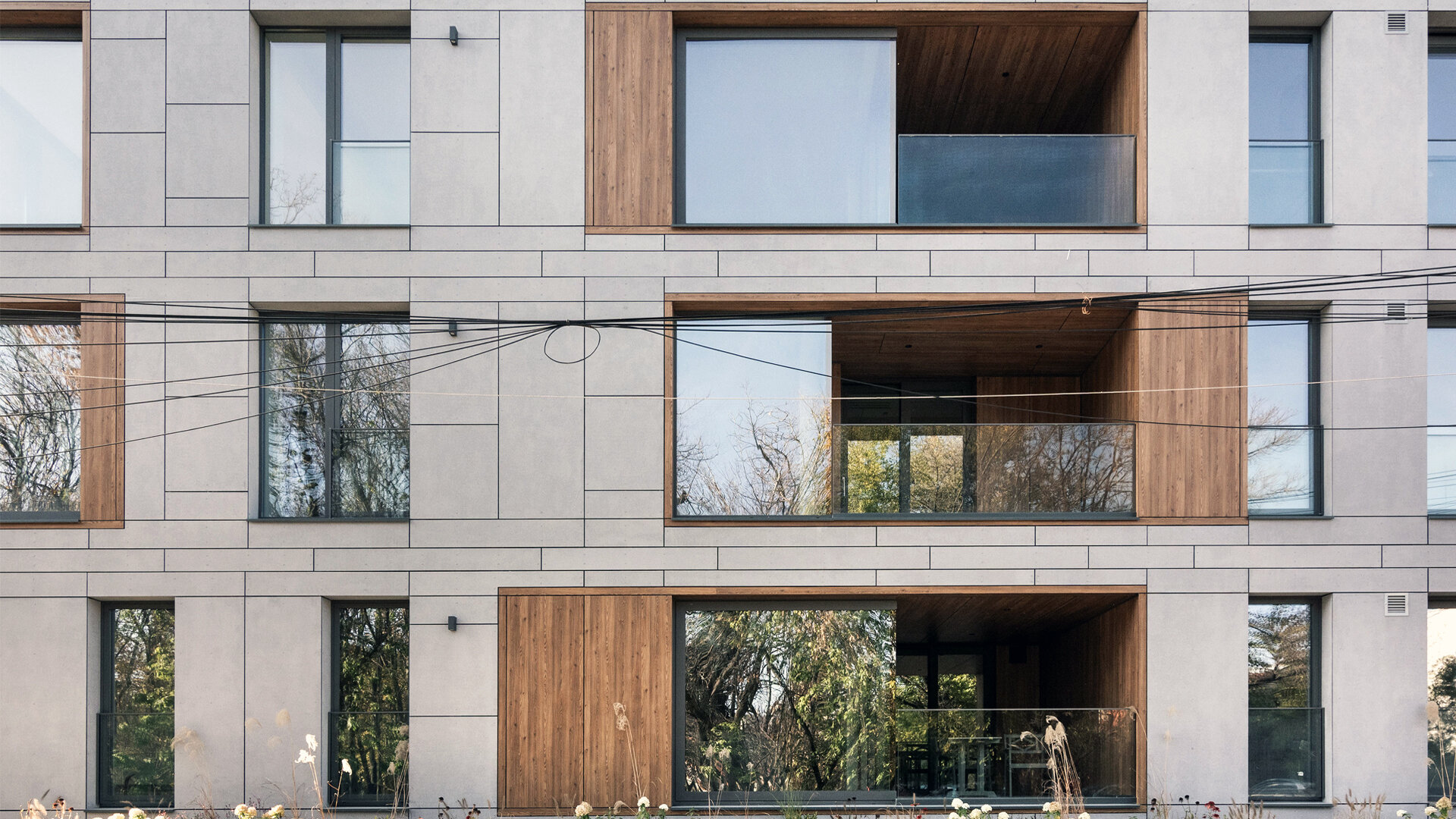 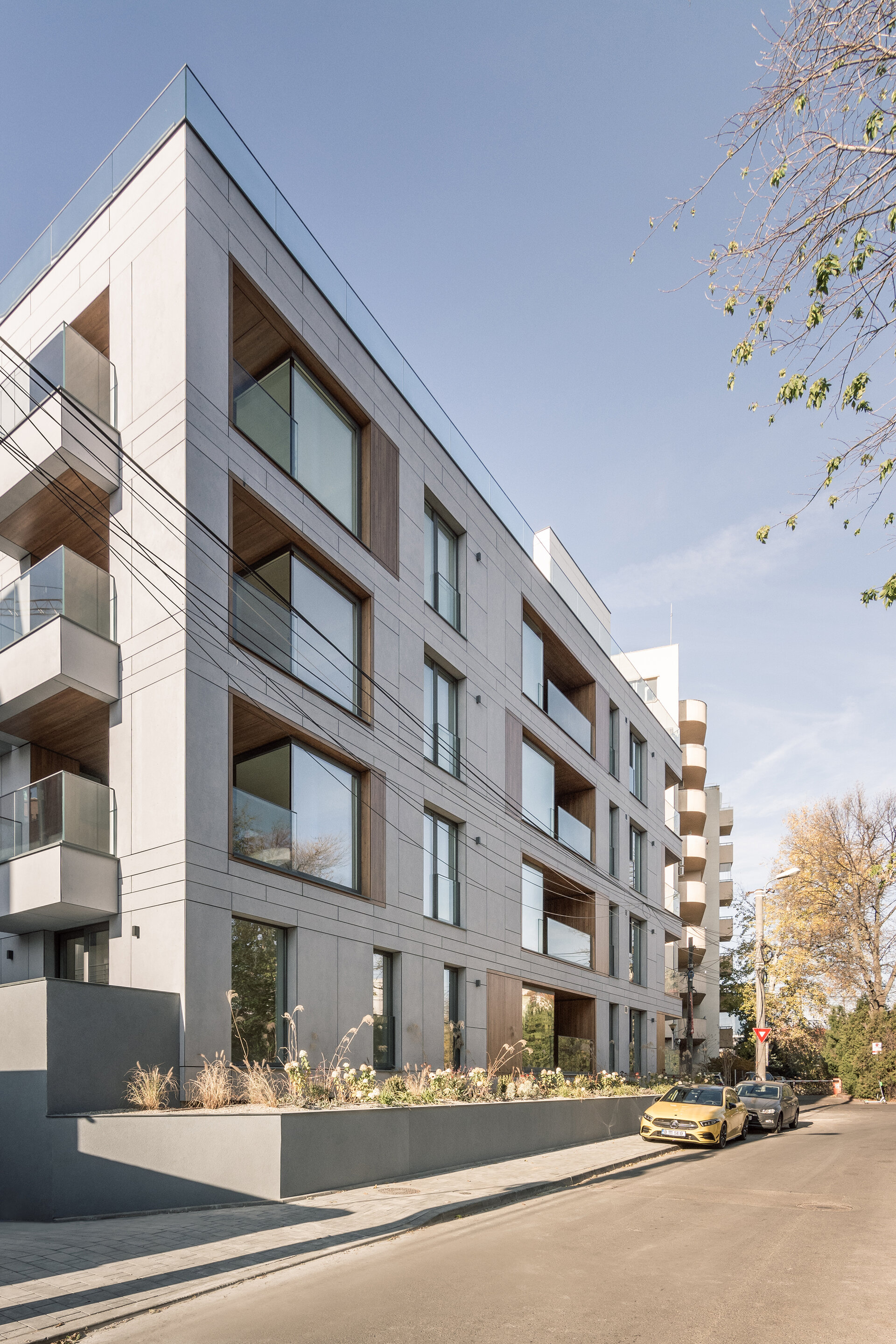 Floreasca is one of the Bucharest neighborhoods with a special character. Defined by the abundance of green spaces, the area is dominated by four-level residential buildings and high-standard individual housing. Another feature of the area is the proximity to the lakes in the north of the city as well as the premium service areas of Bucharest.

Located very close to two parks, Verdi and Floreasca, the project presented from the beginning a series of benefits from an urban and architectural perspective.
The plot provided, with an area of almost 600 square meters, has a rectangular shape, with north-south orientation and acces from Gheorghe Tițeica and Serghei Vasilievici Rahmaninov streets. It has a blind wall on the west side and the Verdi Park on the east side.
The building shape is the result of the technical and urban premises with which the architectural solution started and refer to the two streets relationship, the existing blind wall, the relationship with the park and the built context, the coherent design of the urban silhouette and the street pattern.

The Corner Floreasca is a residential complex with 13 apartments. Parking is provided underground and the ground floor and the 4 floors are for residential use. Inside, are defined 9 typologies of apartments developed either on one level or duplex.
Access to the building is from Gheorghe Țițeica Street. The chosen position for the stairwell allows the apartments to develop on the long facade and generates generous terraces facing the park on the three free facades. The fourth floor forms a step-back from the building frontage resulting a generous terrace on three sides of the building; it is connected by external stairs with the urban garden designed on the rooftop.

The facades are built in ventilated wall system, with generous glazed areas; the loggias are treated uniformly in terms of finish and emphasize the intention of "framing" the green background offered by Verdi Park.
The spaces are provided with a package of integrated MEP engineering systems: underfloor heating system, cooling through indoor units with ceiling mounting and linear grilles, ventilation and introduction of fresh air with heat recovery; the control of air conditioning, lighting, access and metering systems is performed through dedicated smartphone applications;
Another aspect that the architectural solution took into account, in particular, is the integration of plants and garden spaces in the design; thus, in the loggias, on the southern facade, on the terraces from the upper levels and near the sidewalk are provided planters integrated in the facades concept; it offers a filter, degree of privacy and quality of housing, where the need for peace and intimacy embrace the urban life. 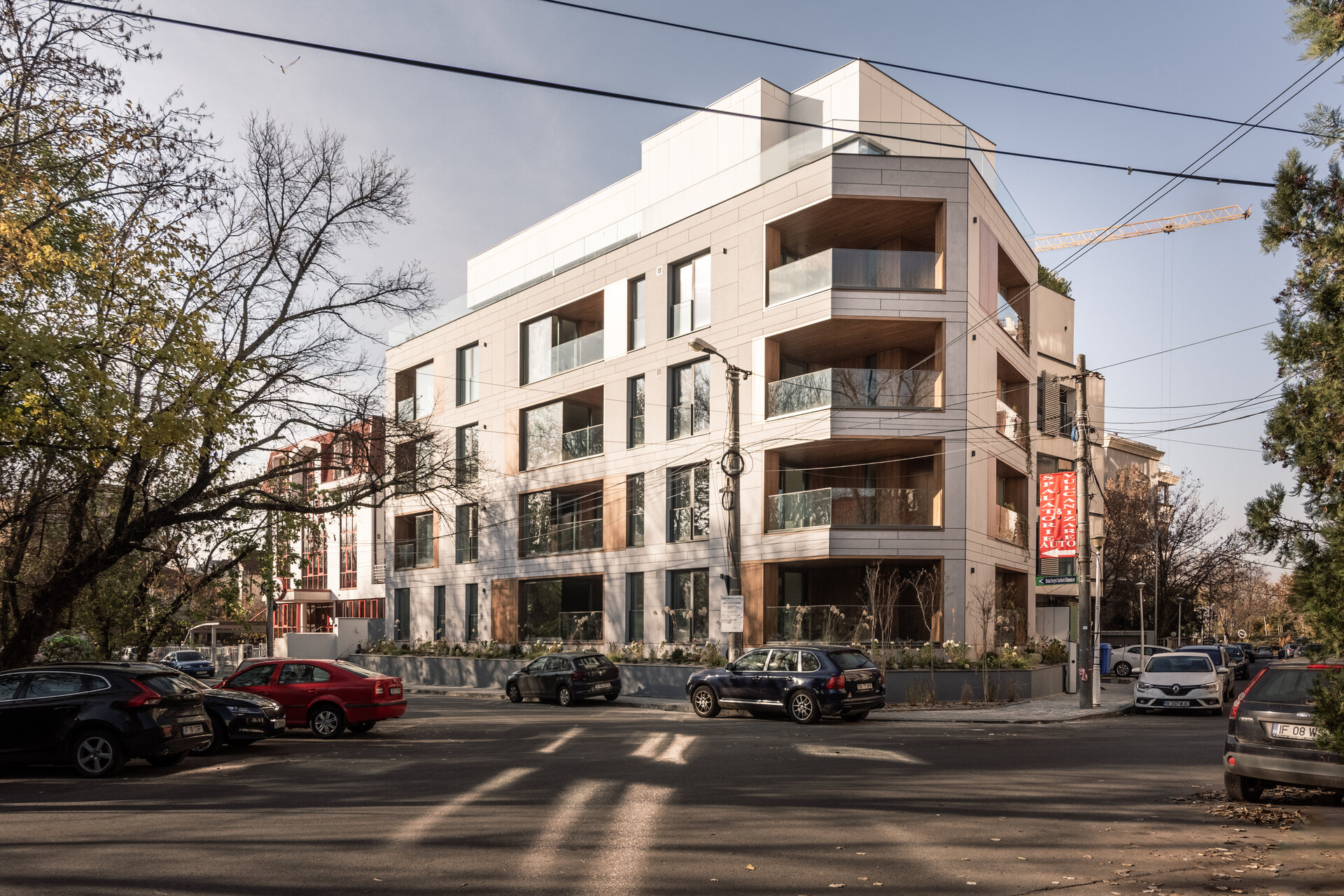 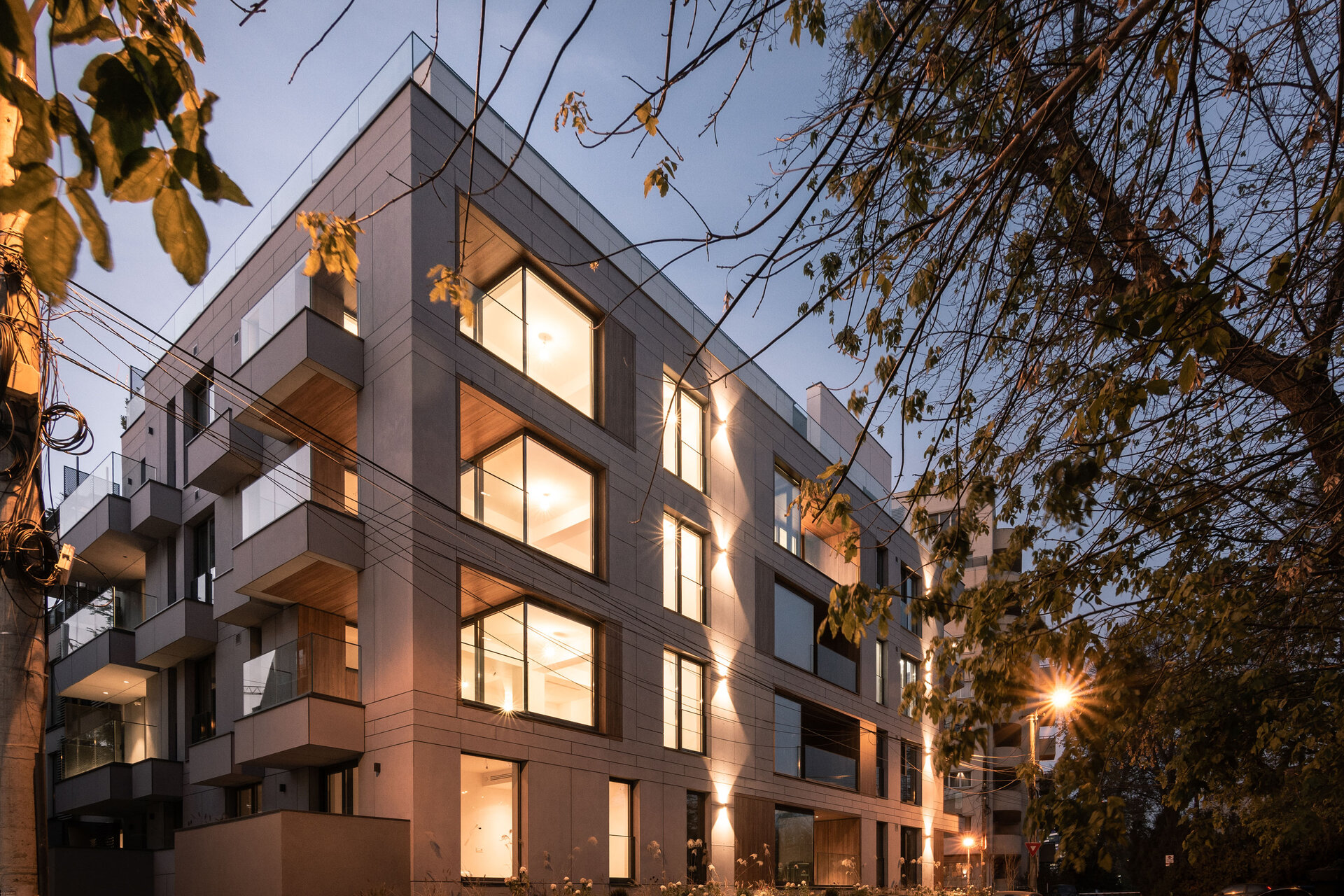 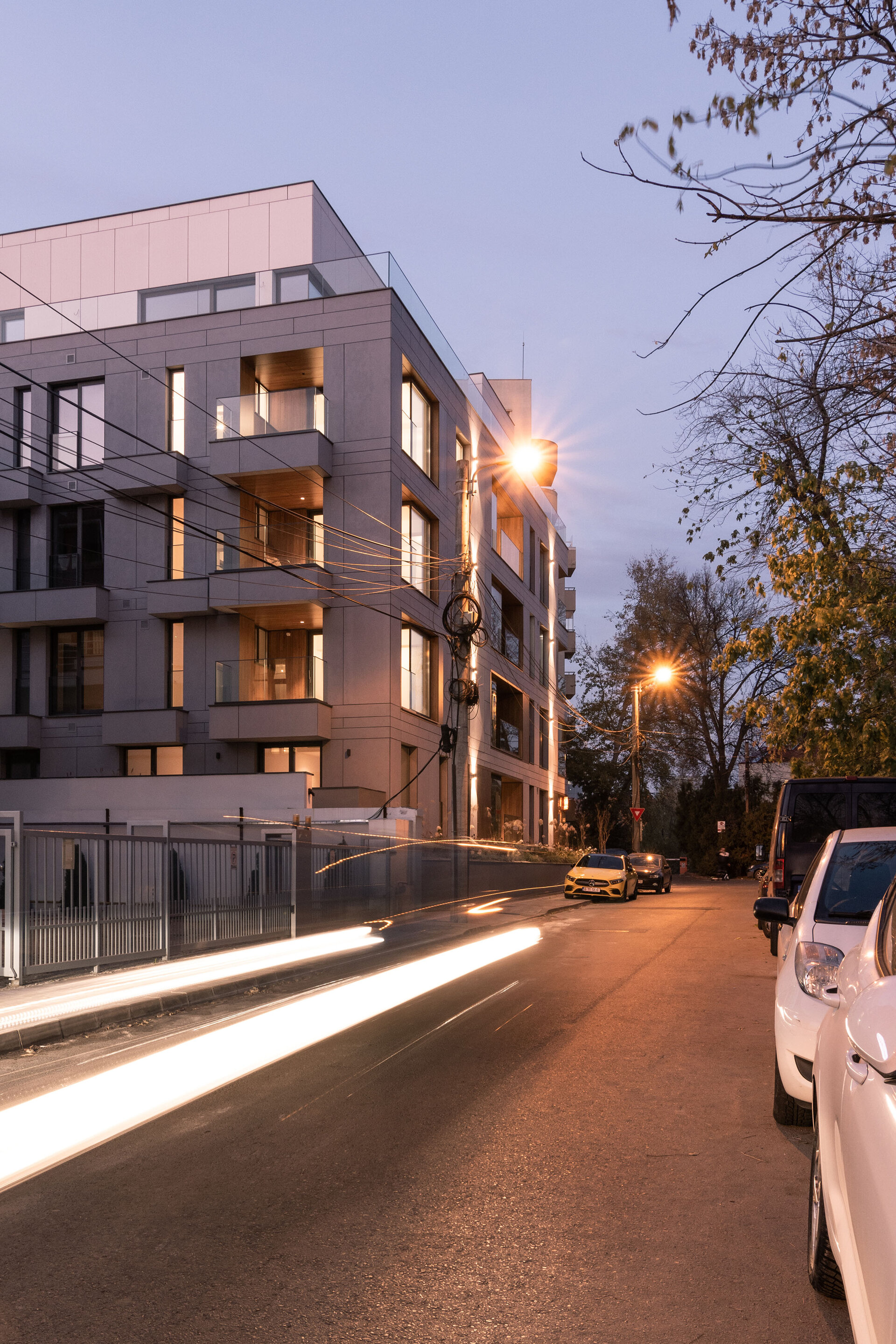 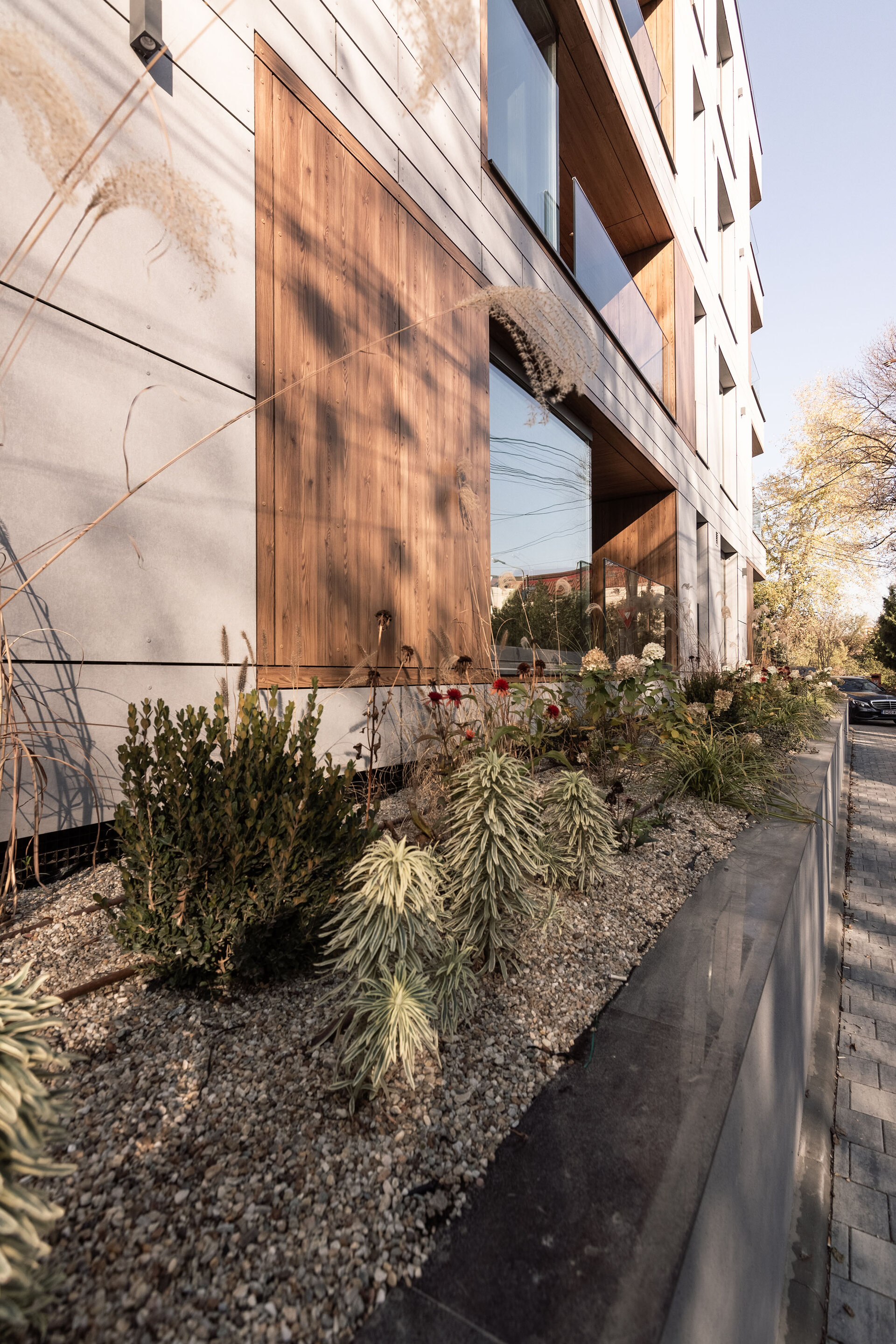 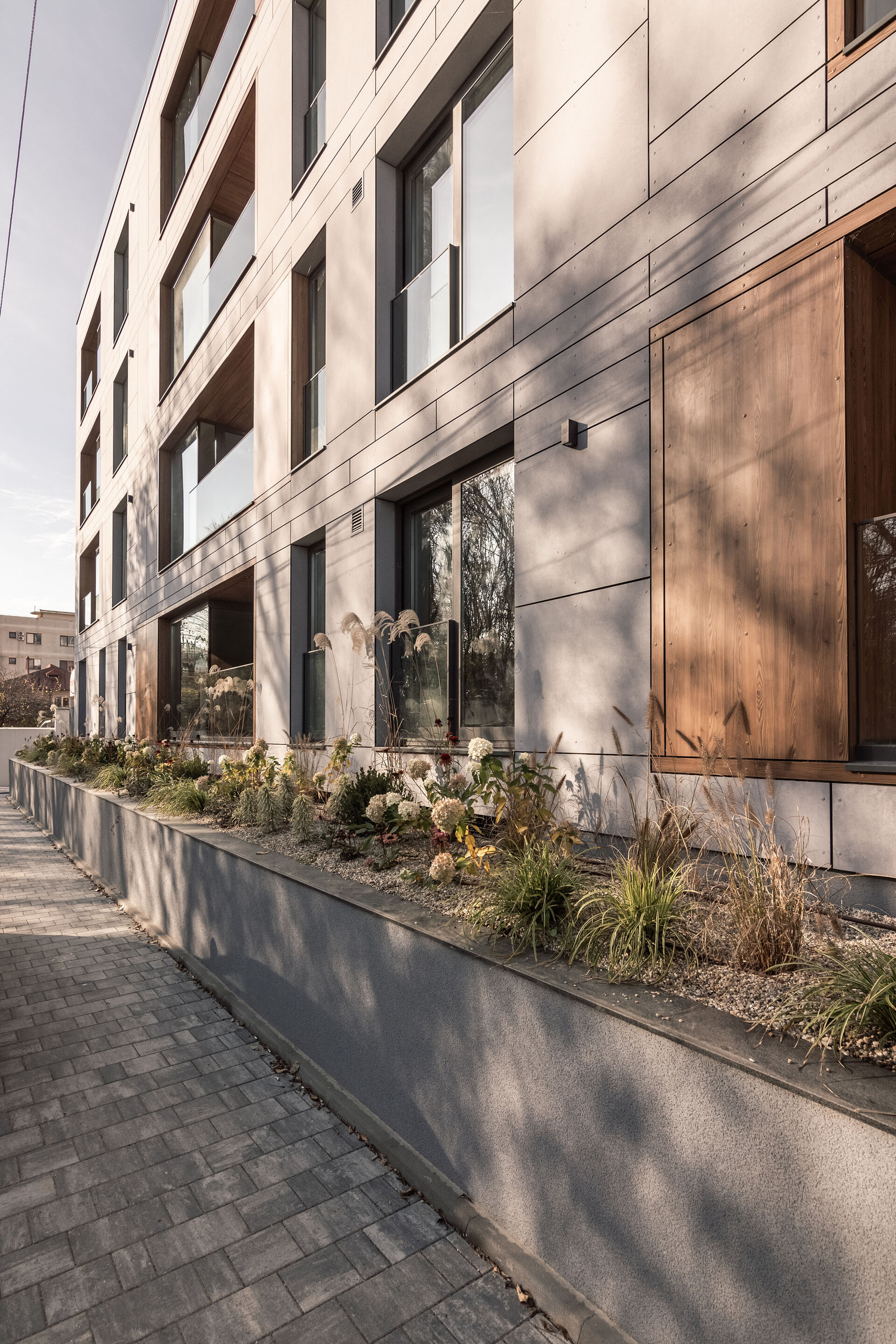 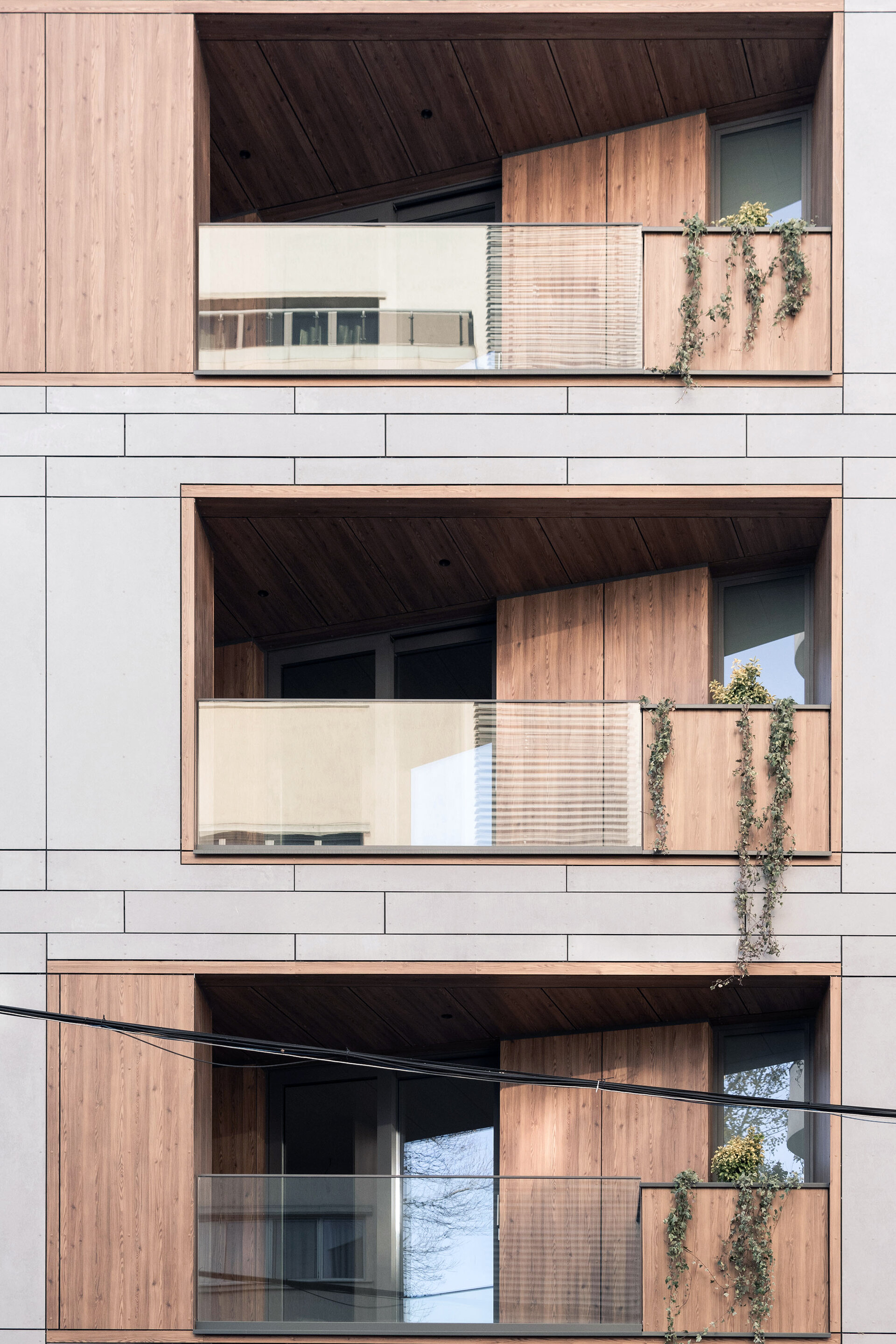 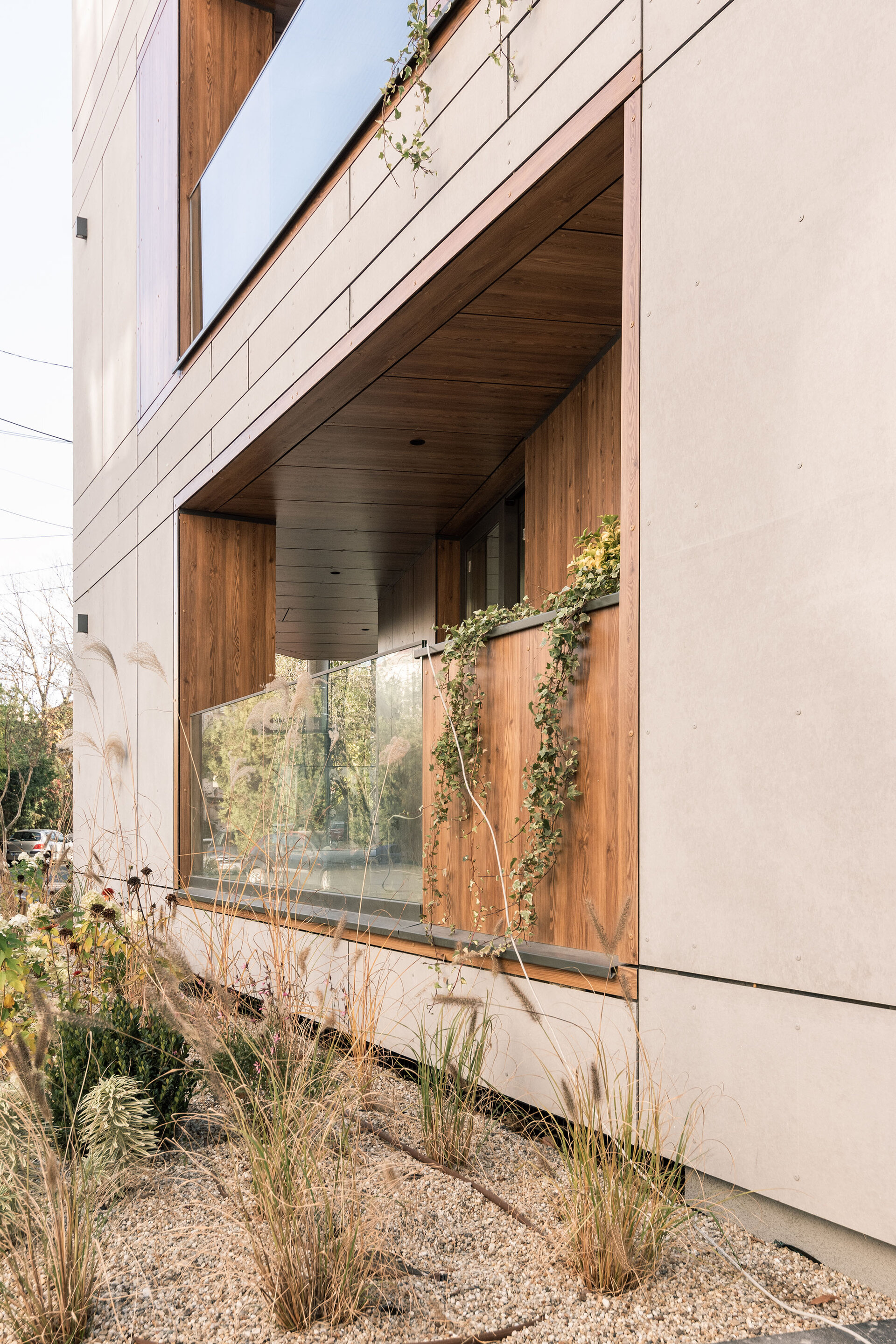 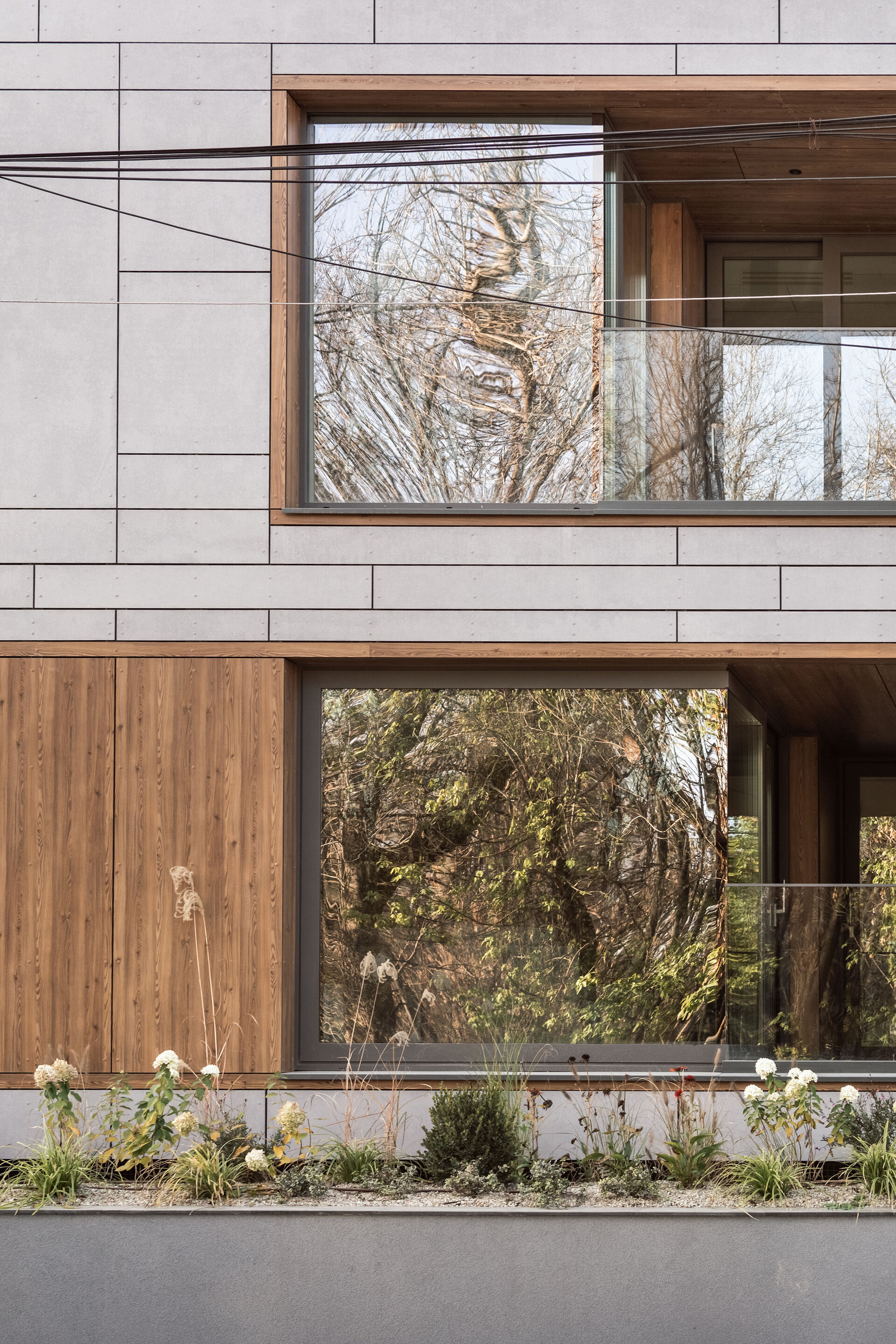 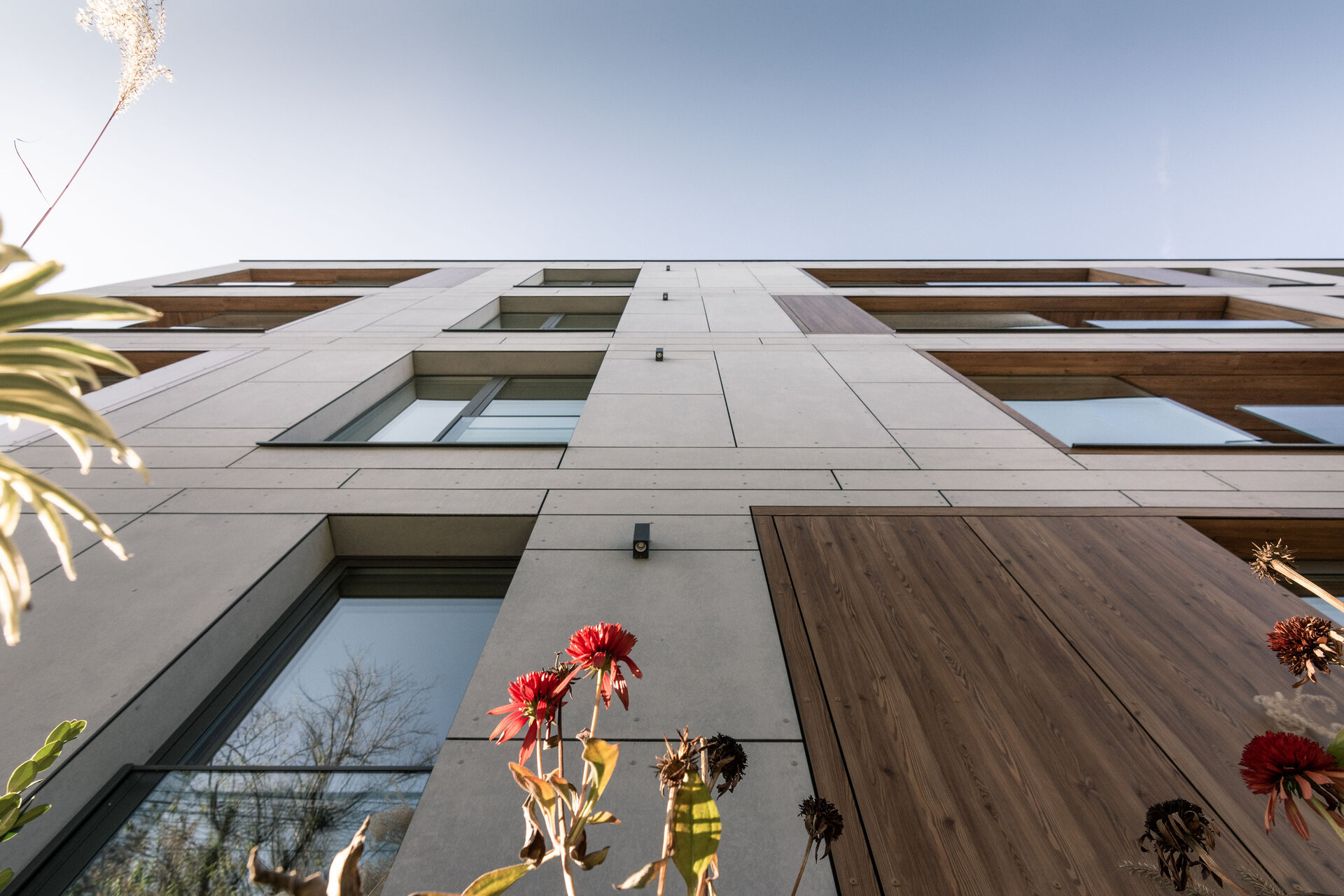 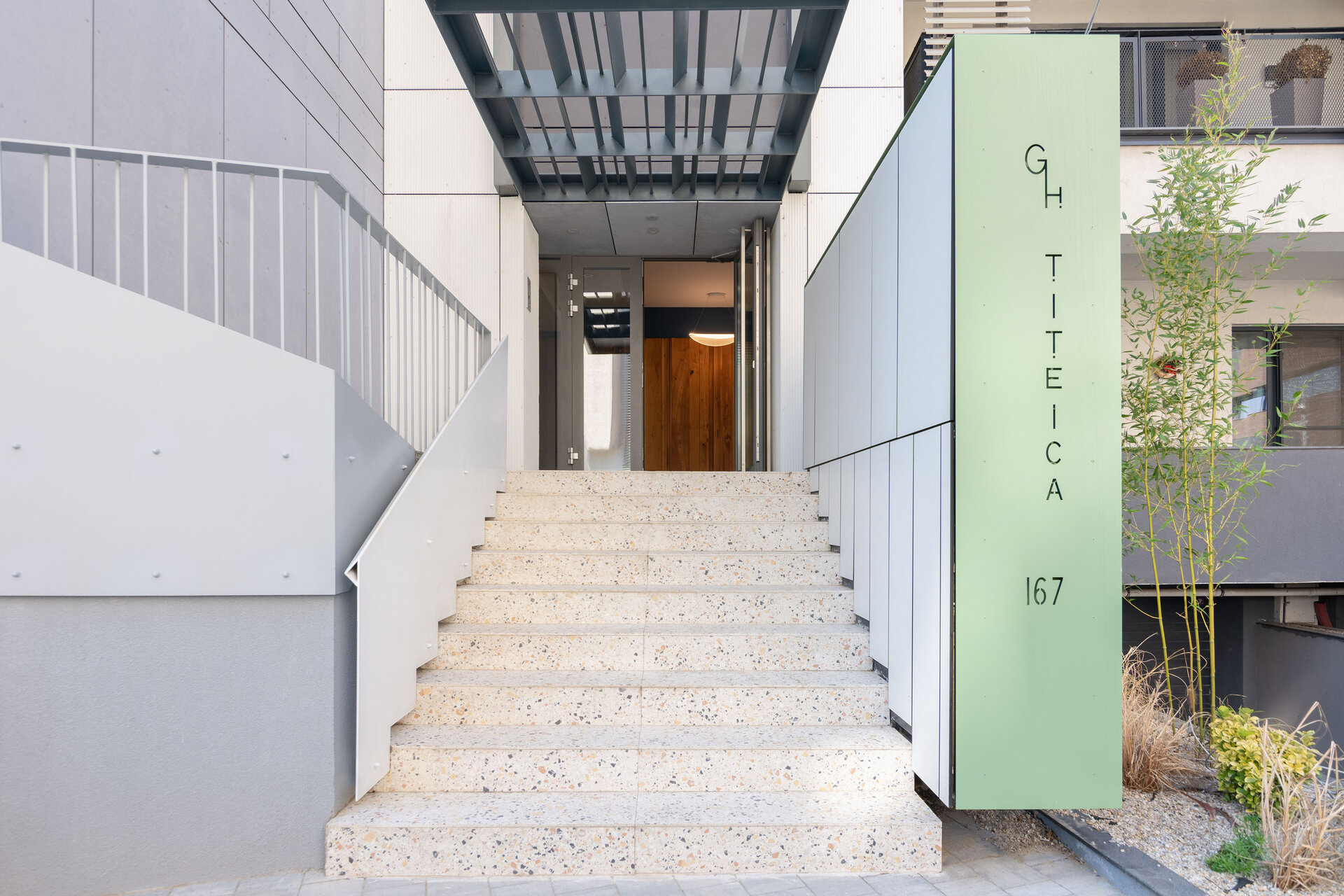 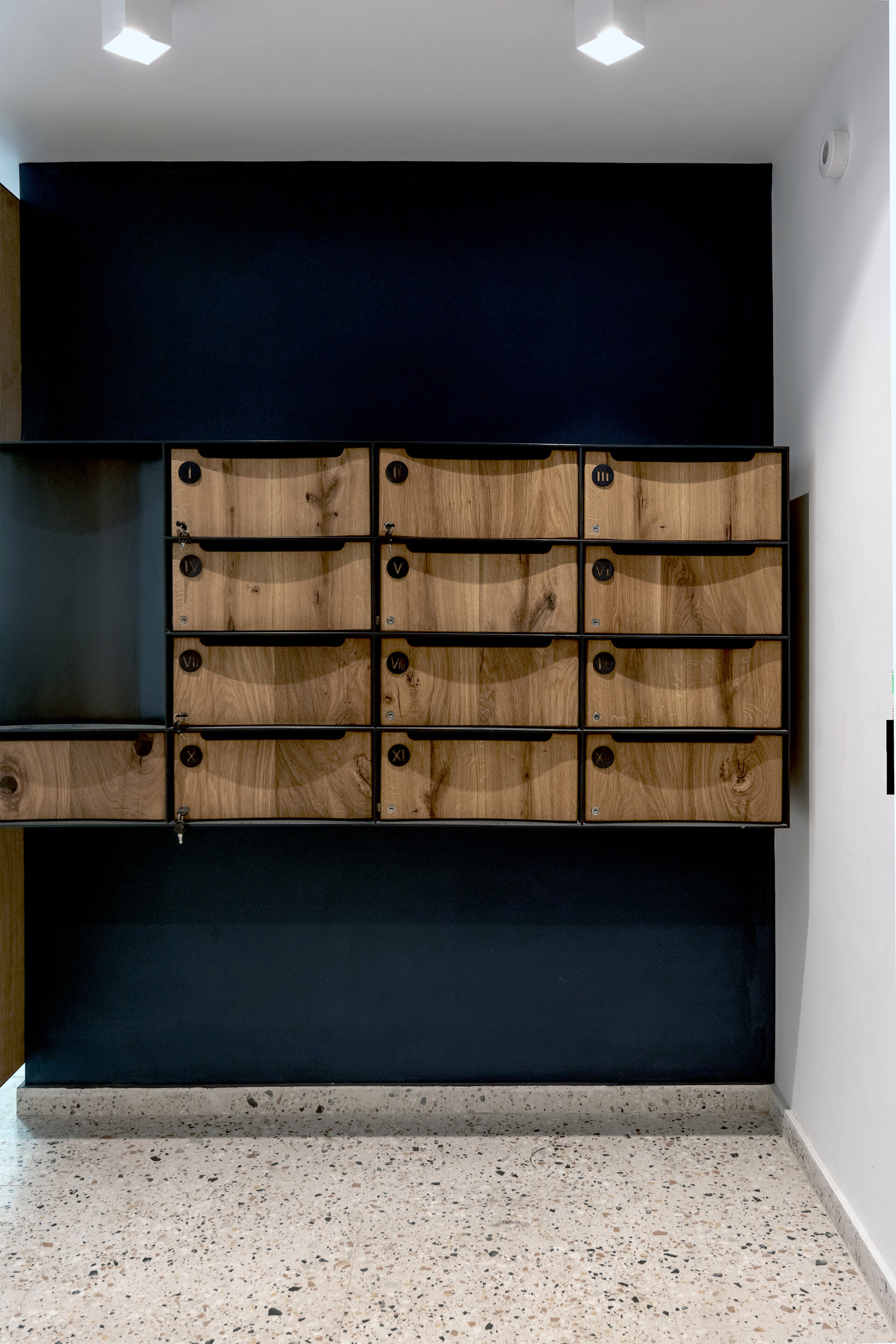 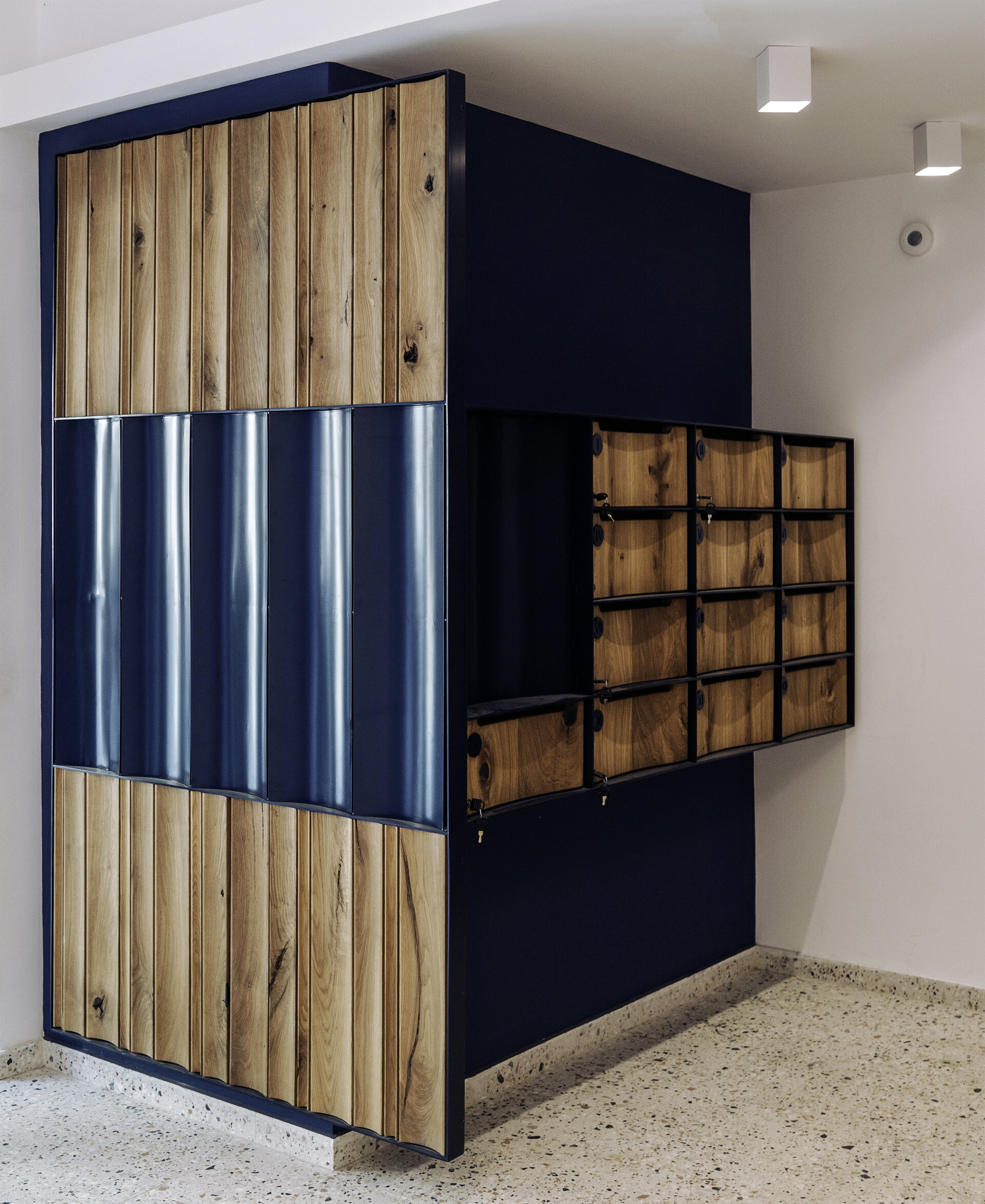 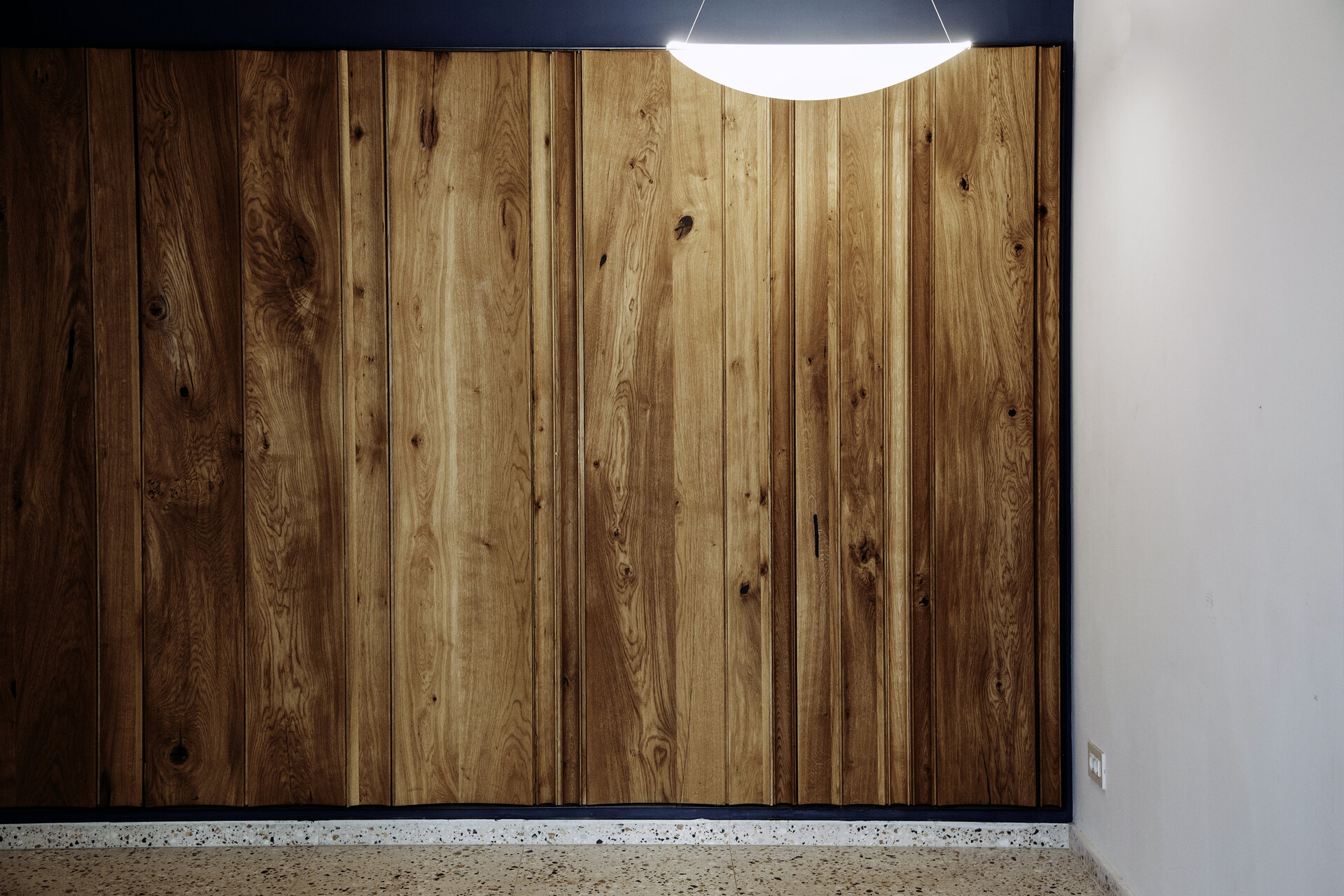 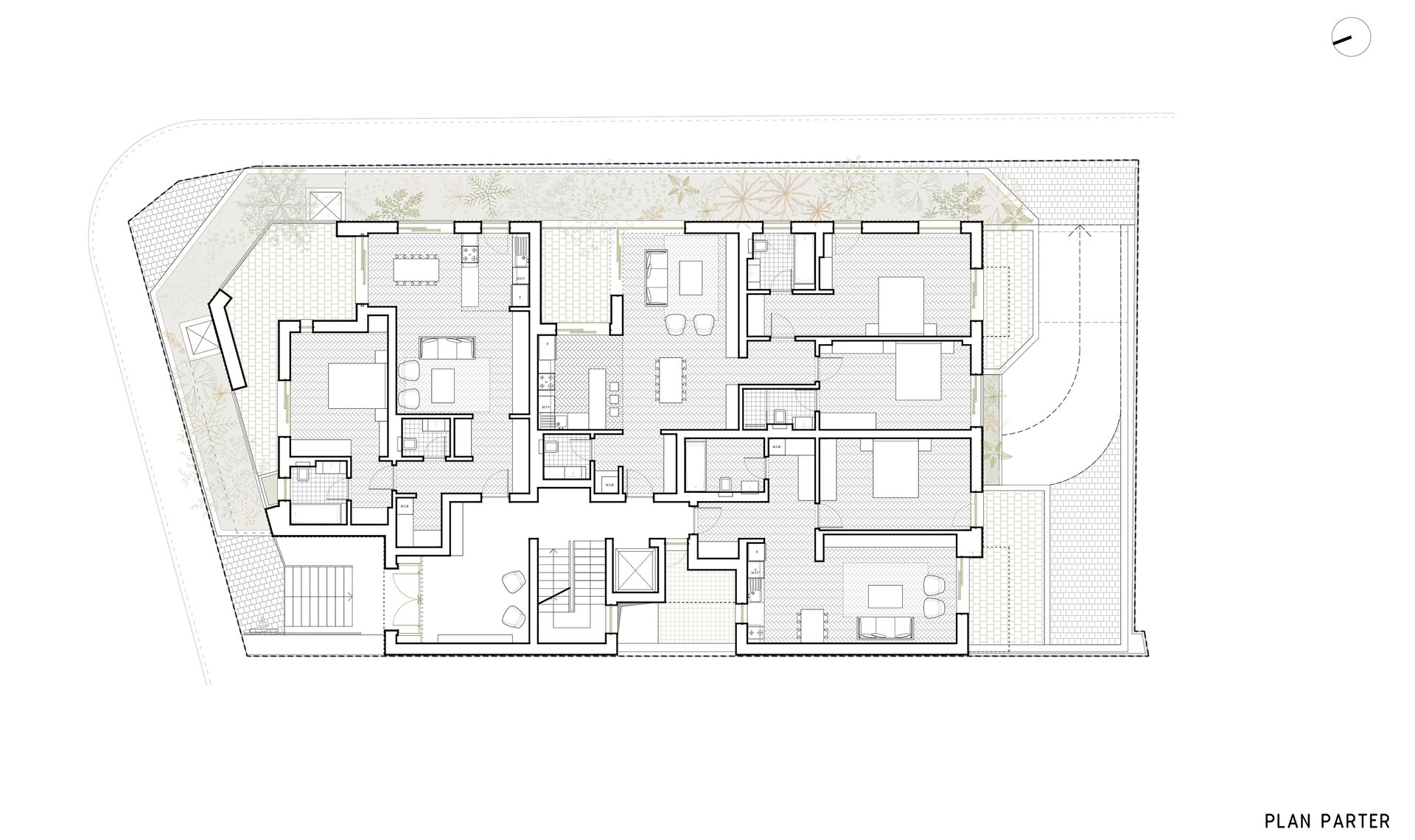 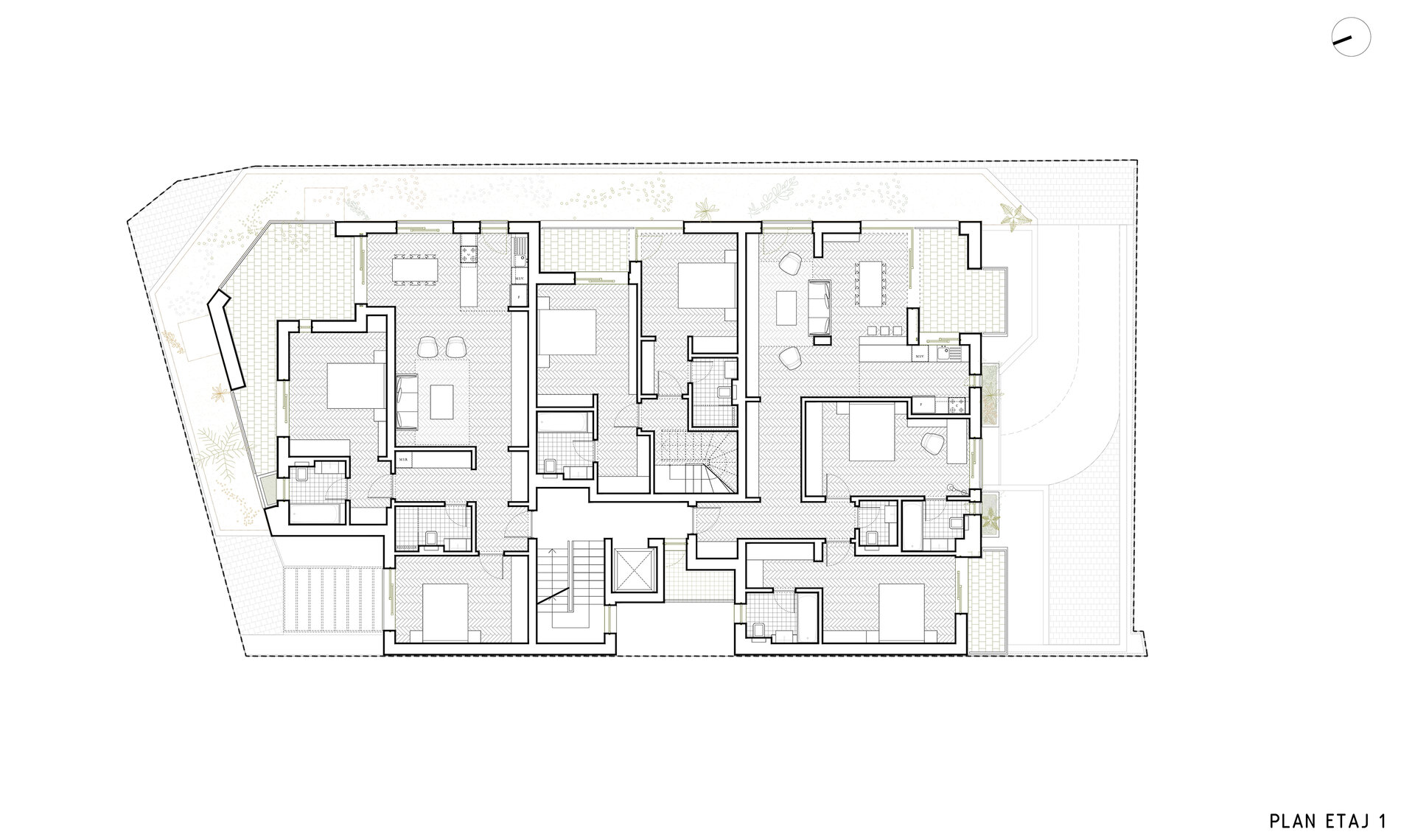 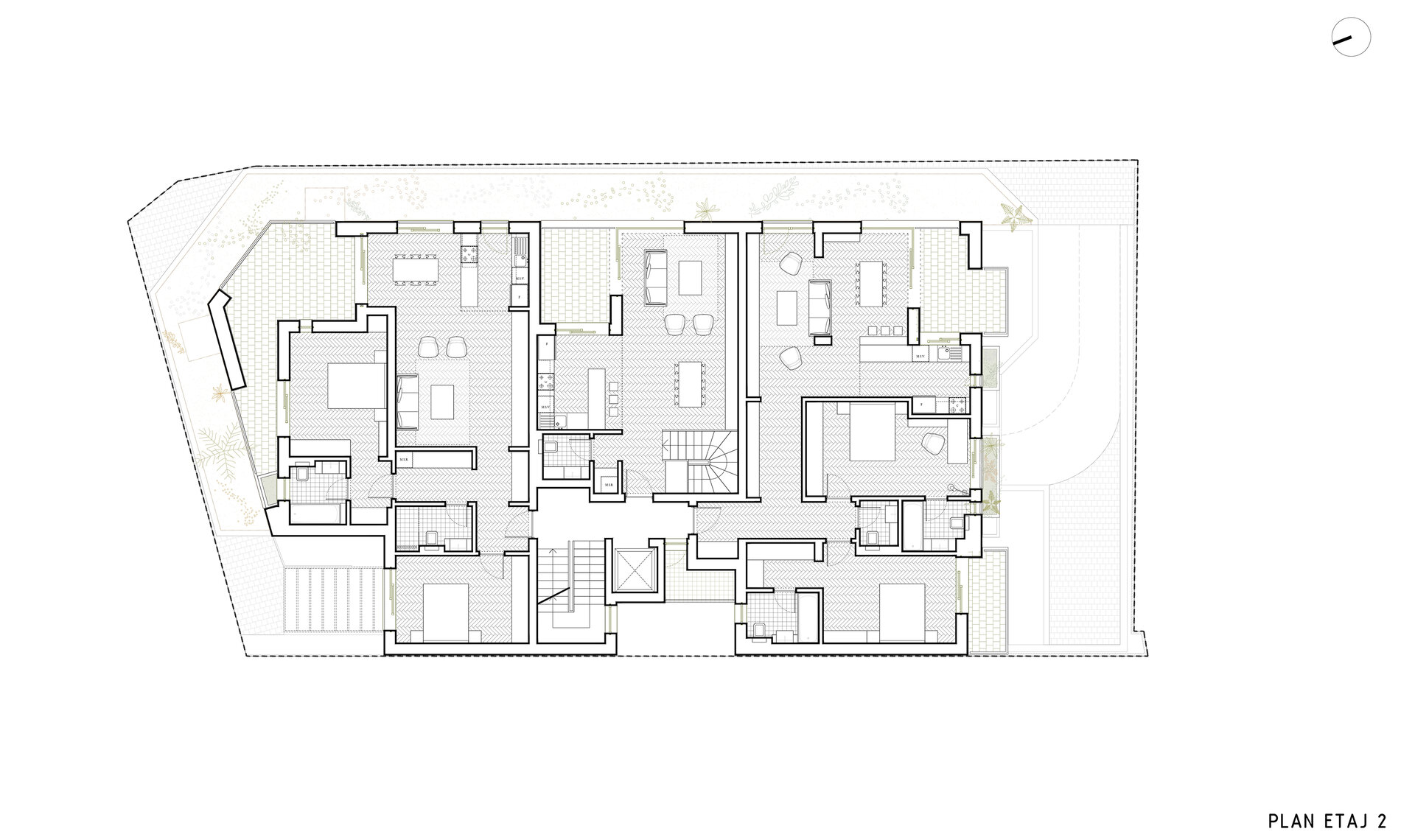