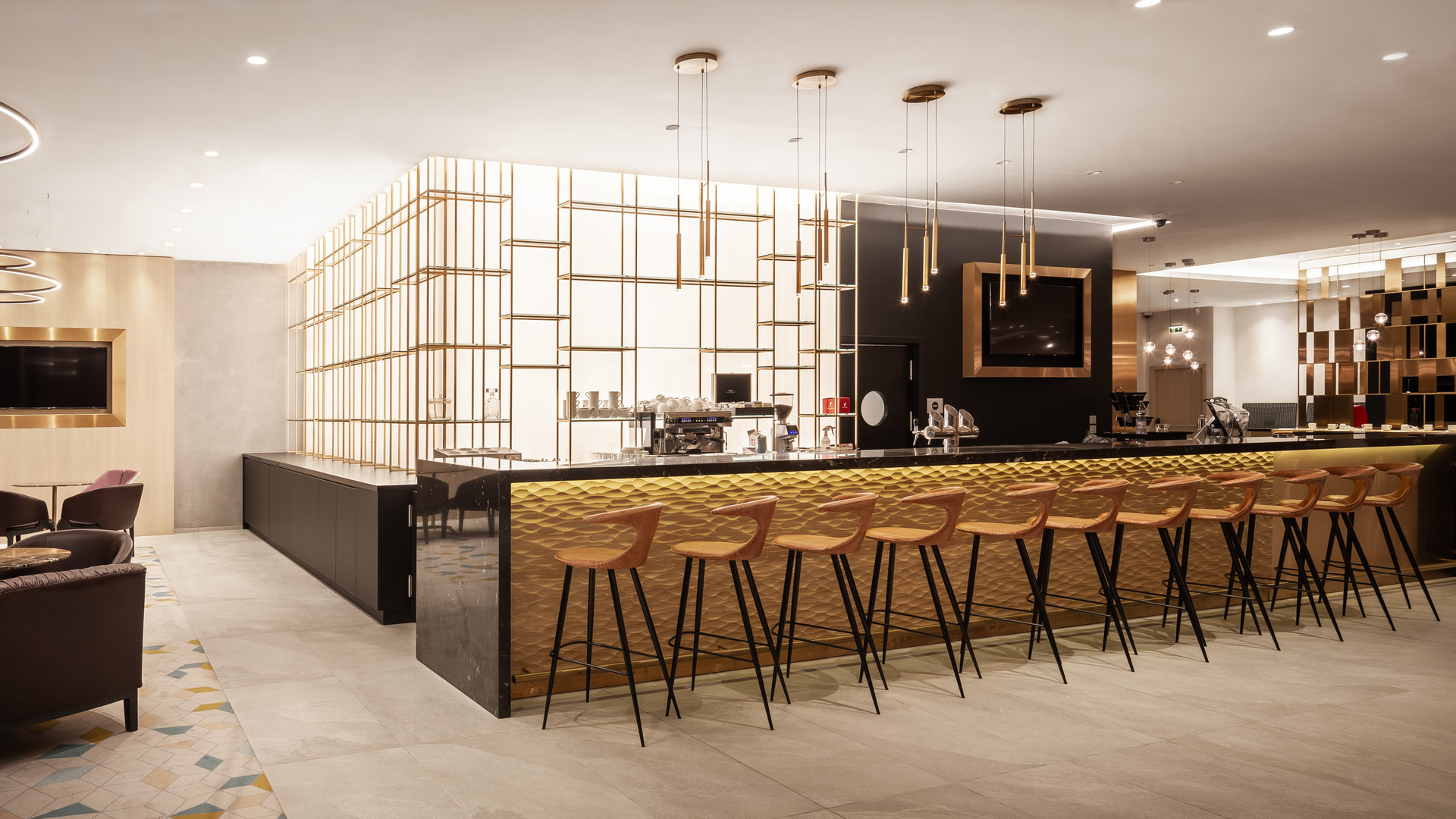 Hilton Garden Inn Hotel is located in the city center of Budapest, opposite to the well known Basilica, on a narrow and rather dry street, in a dense urban landscape lacking urban spaces. Through design I tried to create a transparent open space at the ground floor level which shall attract and invite people inside. The inspiration came from wandering on the streets of Budapest where I discovered small gardens, interior courtyards and hidden squares. Through design I tried to transmit this surprise of discovering a hidden garden. The conformation of the space on ground floor gave us the opportunity to create a hidden and luxuriant garden opened to the restaurant, which we called The Secret Garden and a second still surprising garden named The Geometric Garden, designed in the spirit of a japanese garden using mineral materials and some flower elements inspired by Octogon Square in Budapest. The design element used in this garden- a stylized leaf in a shape of a rhomb became pattern for the design of the entire hotel where the romb is transformed into triangles and hexagons and gets different shades of blue, green, beige and sometimes pink and violet , a color scheme inspired by gardens. The public space of ground floor has the effect of an urban square through its transparency. The main functional elements: the reception, the elevators volume and the bar are identified through very well defined volumes using natural materials: wood and stone together with the vegetal elements of the pillars.