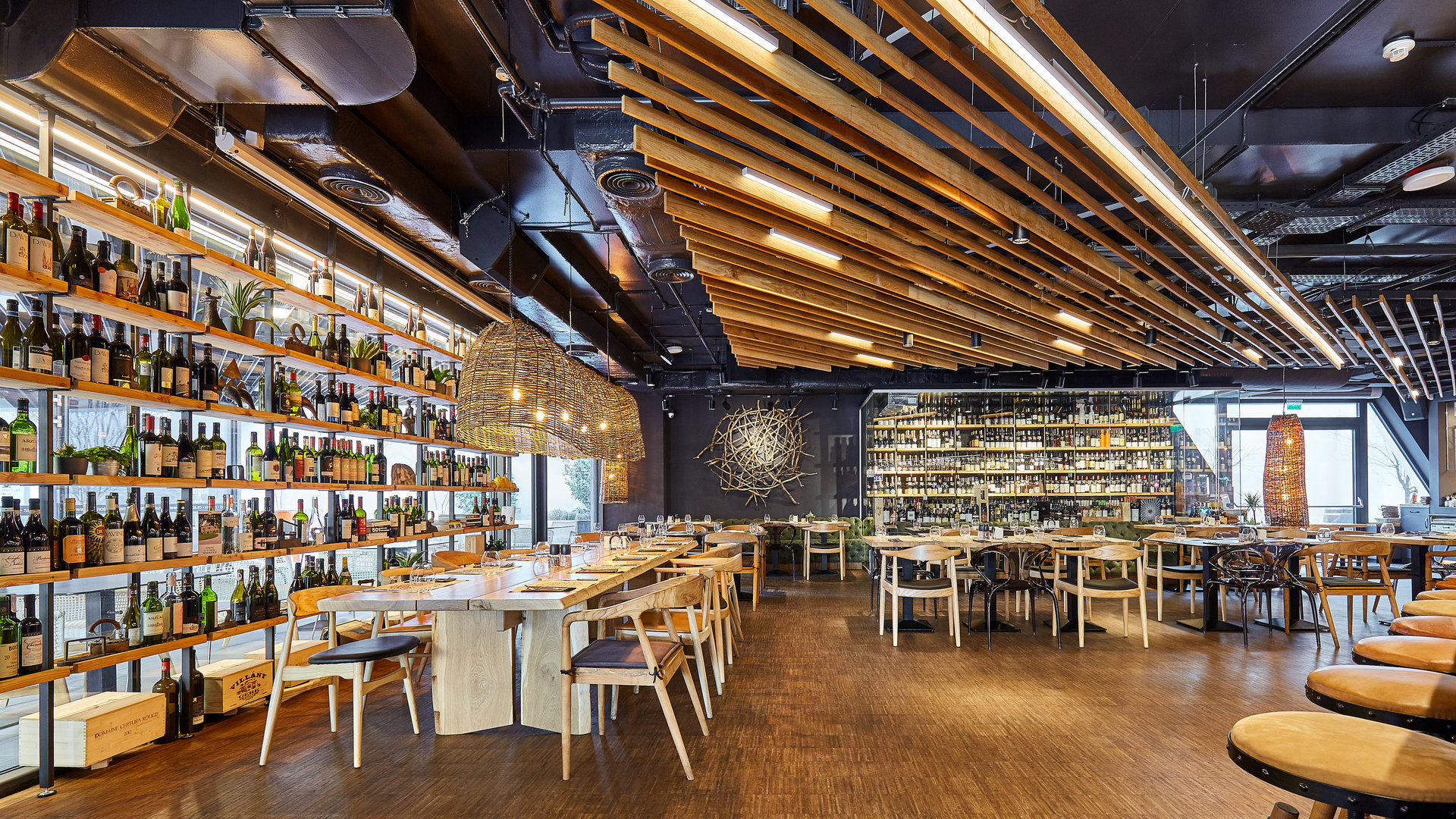 The starting point of the project was the identity developed over the last three years at Balvanyos Resort together with its owners and Gyarfas Olah, artist and fashion designer. We are an interdisciplinary team, built in time, starting with the Grand Santerra Spa project at Balvanyos in 2015. The main theme involved the continuation of this identity in Bucharest, adapting it to the urban environment without losing the atmosphere and the sensibility of the original place. GastroLAB Balvanyos is a nature retreat, an open space with a welcoming atmosphere and a menu based on local ingredients. Its introduction to Victoriei Square has been translated into an urban restaurant with a modern kitchen and a substantial selection of wines. In our vision, a restaurant is sustained by three ingredients: food, people and ambience. The challenge was to translate a space of urban, open and neo-industrial into a place with a welcoming atmosphere protected from city turmoil. The identity of the place is given by the use of natural materials and the visual presence of the wine bottles. Oak wood, wicker objects, glass in different shapes, natural calf-skin all on a dark background fill out the space. The ceiling, structured by wooden elements, visually leads the client to the main areas: the bar, the dining area, the wine shop and the open kitchen. The interior lighting produces space, sculpting islands of intimacy. The logo is inspired by the sculpture created by Gyarfas Olah for GastroLAB Balvanyos, also remade in-situ in Bucharest. GastroLAB Victory Square is an inner-city haven with a warm, familar atmosphere. A new place where you can come back, as if it always has been there.