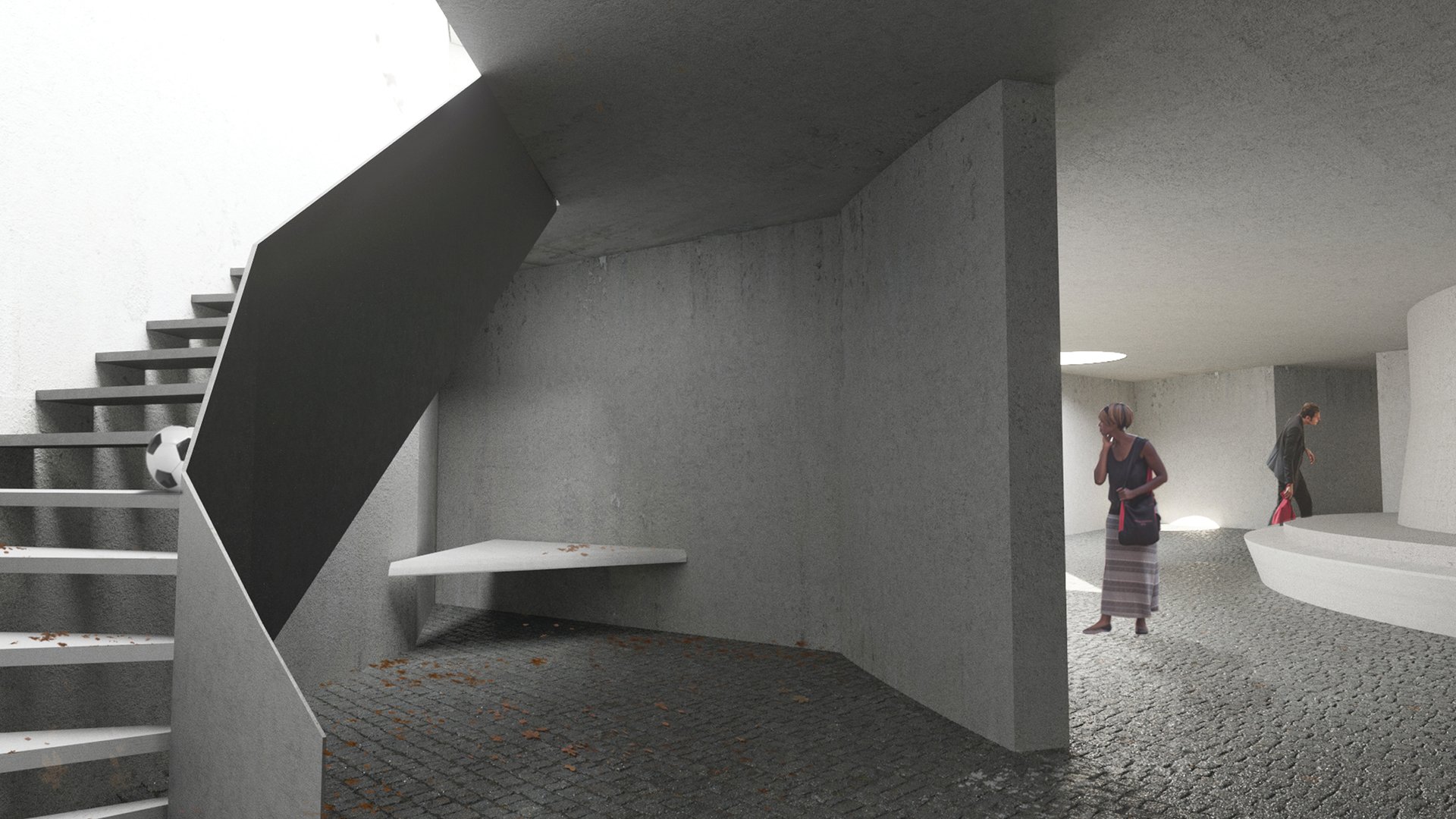 competition oprn for all Turn Iosefini

Surrounding the tower Landmark in urban fabric, the Iosefin water tower appears as a rupture in the city's horizons. The place of this utility is now emptied of its initial function. And that's what makes it memorable. The void is the one that fills it, the absence becomes presence. The project aims to keep this silent presence. Ascending becomes the main reason, lifting from the ground translates you into another instance. Up there, you see the city, and you can feel the effort born from a common good. The intervention is minimal. Tanks remain in their place, cleaned and painted with the metal ladder that pierces them. The concrete staircase is also cleaned, while the concrete platform at the first level will become a place where exhibitions and events can be held. The tower is supported at the base of an intervention that surrounds it, supporting it both physically, by strengthening its foundations, but also by highlighting the enclosure that encompasses it. The fast vertical route is accompanied by a slow descent to a buried space on the lower level of the base of the tower foundation, the foundations that unlock and become part of the closure. It becomes the main place for various cultural and artistic activities, as well as the history of the tower. The curve from the access to the turn tower calls the meeting in the shadow of the tower being protected on three sides by the concrete walls to open towards the street and turn towards the tower