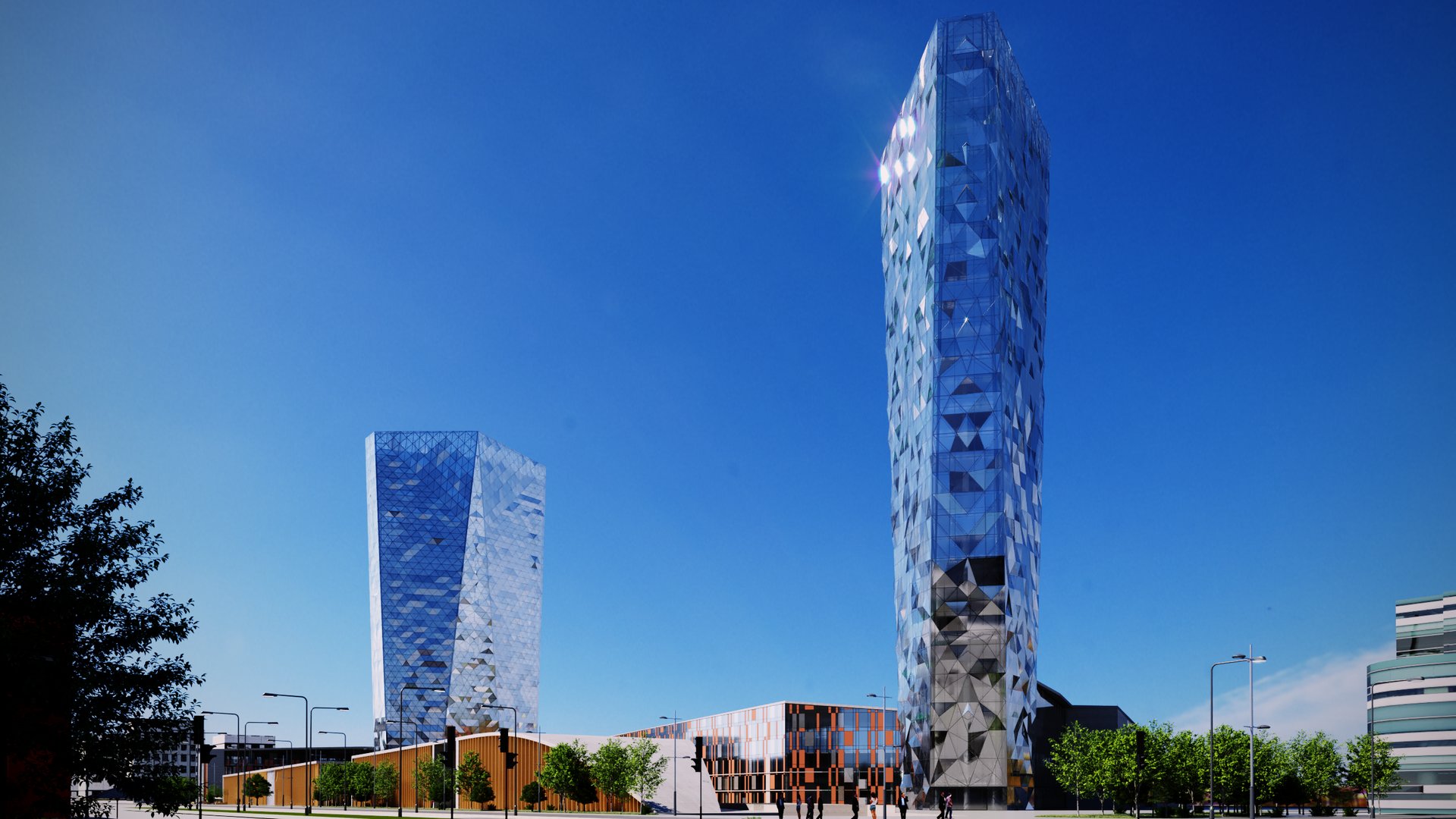 Due to its position, the land is an urban economically important pole. It features high economic functionality and attractiveness as well as functional diversity, with important city-level functions. The vision is to raise the economic, social and cultural level. The site requires a unified architectural, retired from the street, with attractive functions, with increasing height regime, creating in the continuity of the existing structural field an element of urban diversity that will increase the attractiveness factor. The mission is to increase the quality of the area in the architectural plan, increase the value of the land and implicitly the quality of life. Another important need is to release the parking from the ground and to create an attractive green area. If this does not work properly, the area will suffer depreciation due to the decrease in quality, keeping the low level of height in the existing tissue, which will result in value and economically low interest, resulting in a negative social impact. The architectural program proposes the creation of a flexible business center, combined with related functions missing in the area. So, to increase the architectural, economic, social value we need a development with a high degree of subsequent quality. The concept. Following multiple types of analysis, we noticed the need to accommodate two large categories of space users, resulting in a two-way orientation. The project features attractive sporting and loisir functions, both oriented to the Polytechnic University campus, as well as commercial spaces open to the interior, which animated the urban area of the square type. It also features shopping spaces disposal on streets serving Iuliu Maniu Boulevard. Ensemble proposed is a permissive one, inviting passers-by from the three main directions, the Iuliu Maniu Boulevard, the Politehnica University Campus, as well as the main intersection, through wide open areas and with a direct connection to the basement 2 with the Politehnica subway station. Duality in the site is given by the two towers, disposed of diametrically opposed, having a perpetual dialogue at the compositional and functional level. The towers represented the dominating perspective of the intersection at the entrance of the city, on the A1 highway, as well as on the campus of the Polytechnic University. To be a point of unity and a coherent insertion at the urban level, the project proposal generates a bridge to neighboring areas through a multifunctional space with complex accessibility at all levels.