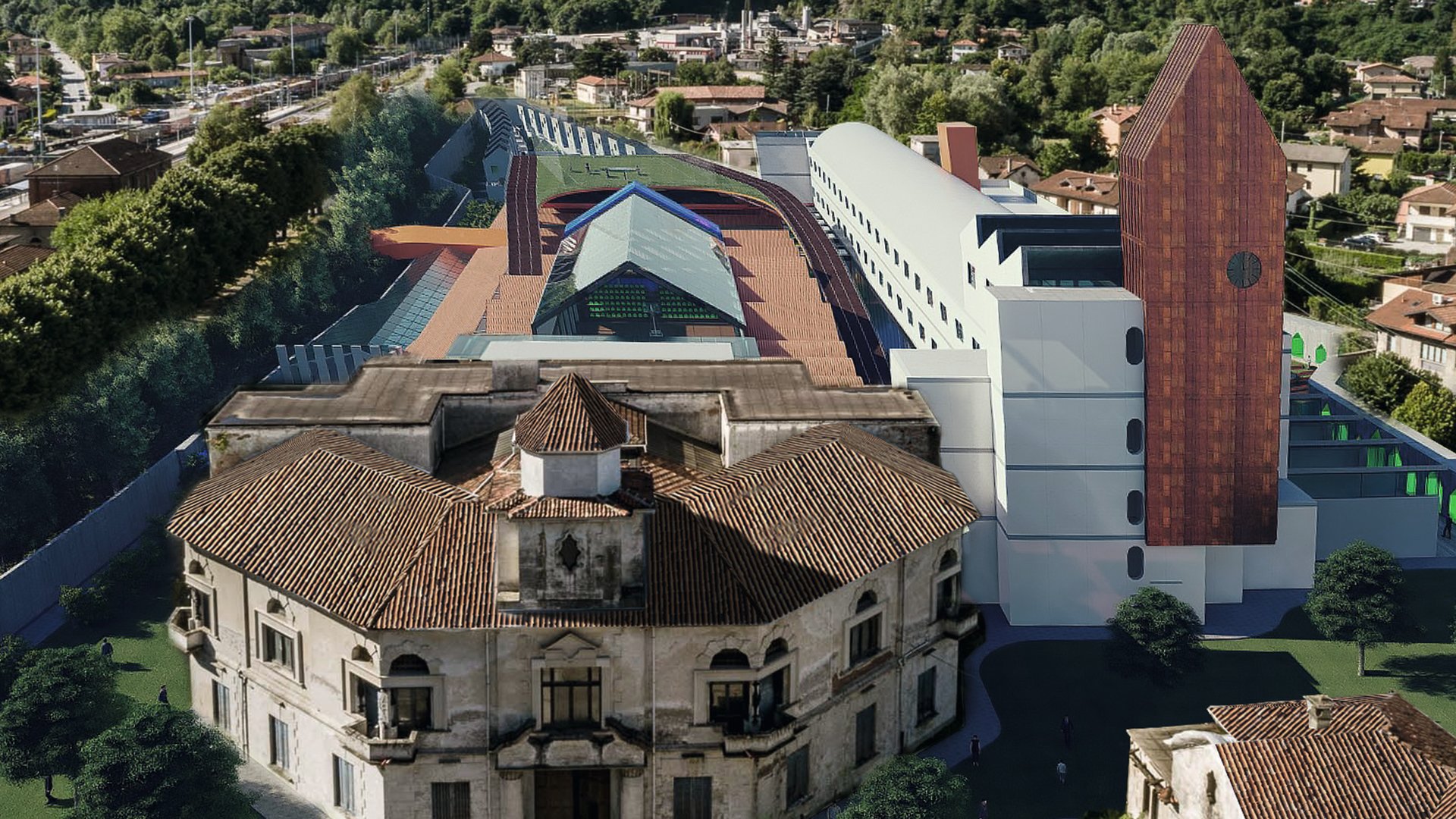 The former ceramics factory in Laveno Mombello was the subject of the competition which aimed to transform an urban enclave into ‘the largest kindergarten in the world’. The proposal seeks to open the space towards the city, while fulfilling its main purpose – an infinity of flows, activities, choices that float in the rigid existent background and that boosts the unlimited imagination of children. The project has been treated as a small city within the city, where elements of infrastructure gain meaning, becoming playgrounds from simple means of transportation – they connect the inside to the outside, the Cartesian to the unconventional, the palpable to the imaginary.