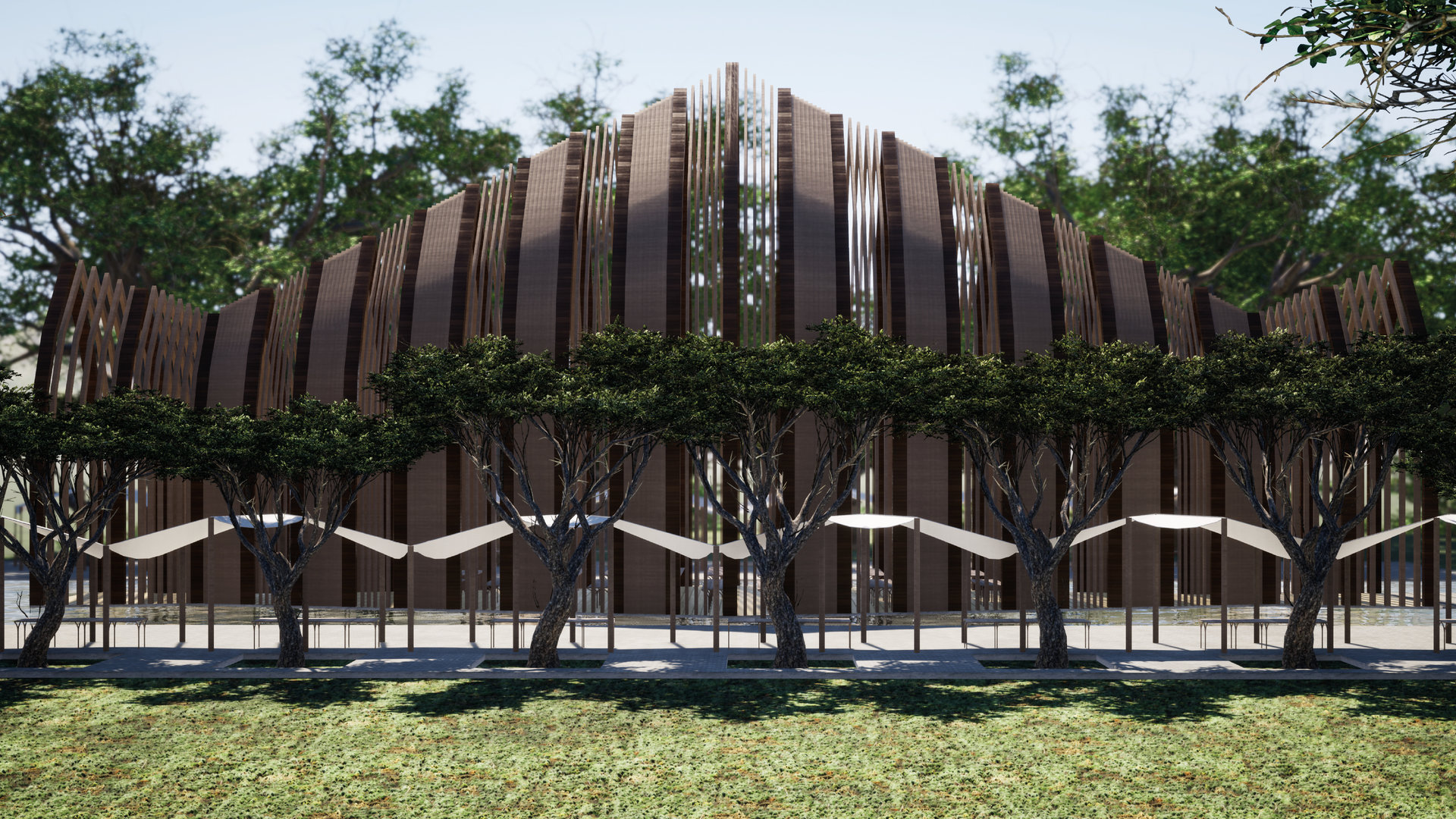 Formed from a series of arches which frame the perspective, the chapel transcends its base function, becoming both a religious, as well as a social space for the community. Located in the vicinity of the village of Rukomo in Rwanda, the project seeks to be an element of cohesion for the community, a symbol for the future. The journey, which starts in nature ends in front of the altar, passing many states, with the atmosphere being realized by the wooden arches, sometimes parted to allow light to enter. The back of the altar is made in glass, as a connection between the man-made interior and the natural exterior, with the building being surrounded by water, adjacent the covered social spaces. The transcending journey is the parti. From the village, one goes up the hill where the chapel is located.. Situated at the end of the road, the space slowly begins to show itself. Doors, as well as any separating element have been removed on purpose, to ensure that no obstacle exist in the journey. The space exists as a continuation of the natural element, as a final point of the way travel that starts in the village.