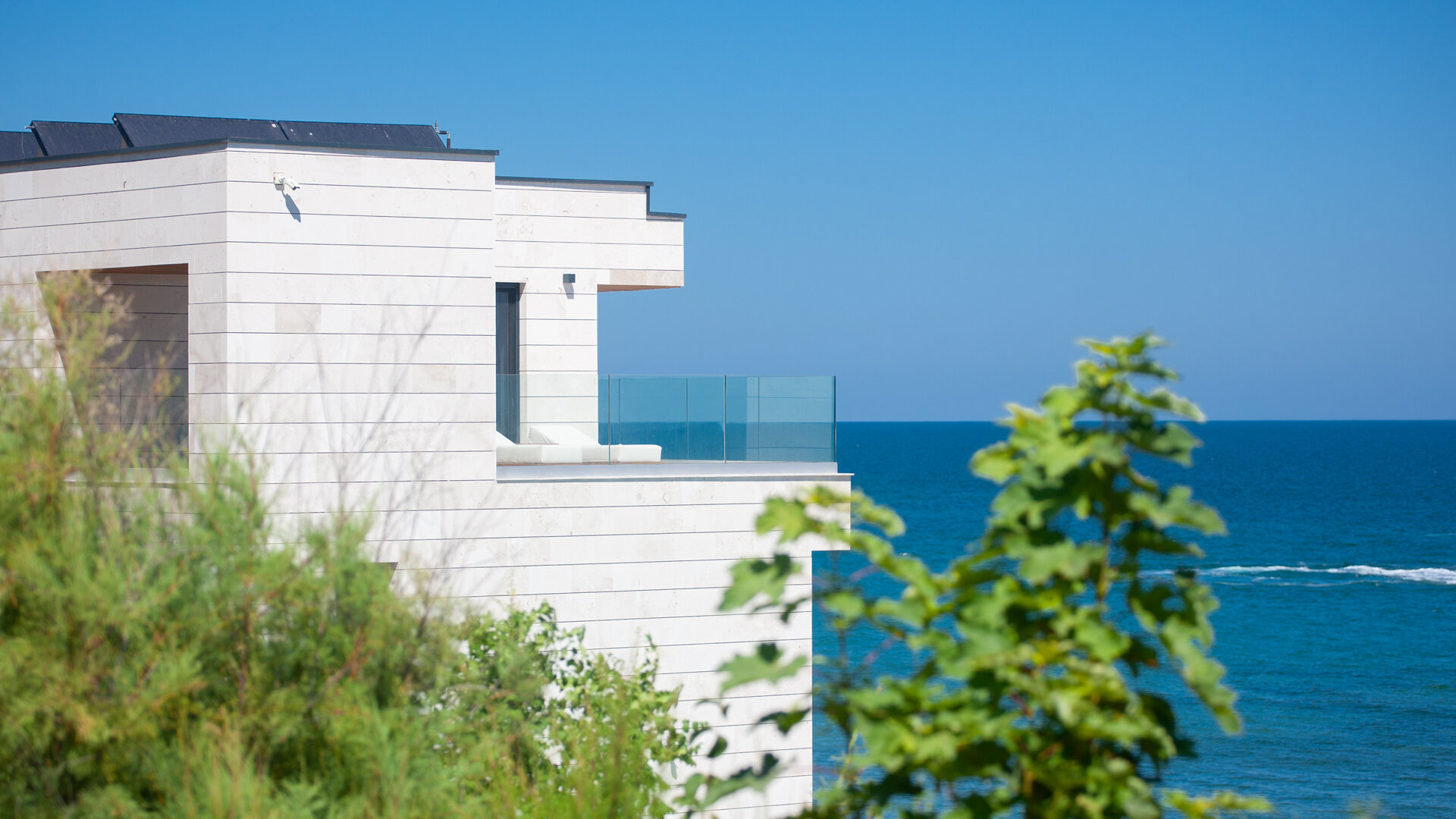 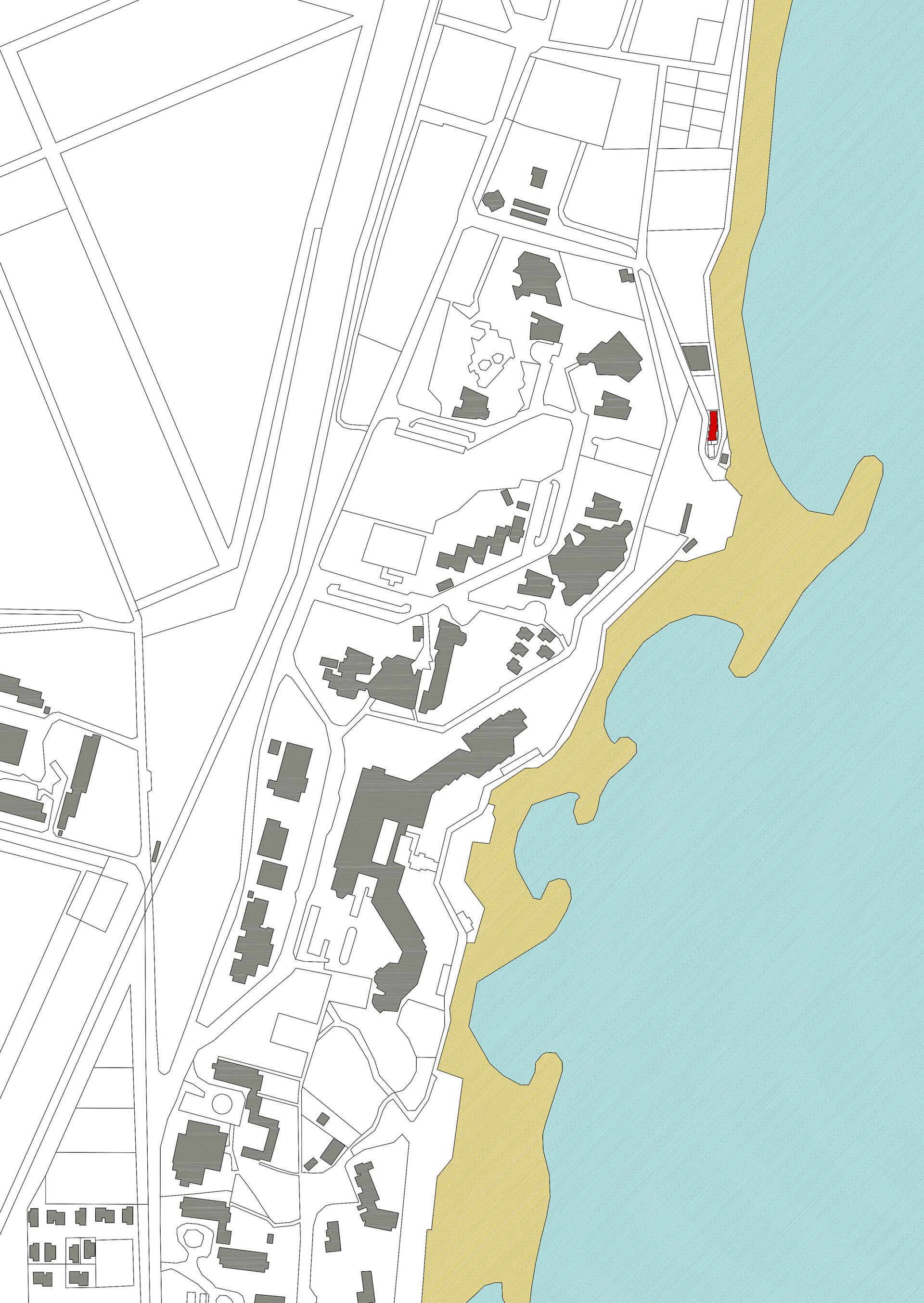 This villa is situated in the northern part of Olimp resort, at the Black Sea, in a rather secluded area, yet suffering a quick development in the last years. It is a holiday dwelling for a large, extended family (including the family itself, with 2 small children, plus sisters and brothers-in-law, grandparents) whose members spend a lot of time together and share the villa during the warm season.

When the plot of land was bought, this was the only one available in the area. It was the last unsold plot (the less attractive and the most difficult to build on), part of a parcellation included into a large masterplan promoted by the City of Mangalia. This plot is surrounded on all its sides except North by an asphalt road and literally ends the parcellation, being situated exactly at the threshold between the planned housing area and the beach.

Under these circumstances, the main starting points for the design were this exceptional, almost intimidating location, along with the less typical configuration of the terrain – with a very irregular outline and a strong declivity both on longitudinal (North-South) direction, as long as on the transversal one (East-West).

The dwelling develops on 3 storeys. Each storey plan is a variation of the other two – thus, enabling stunning views toward the Black Sea due to the various loggias and belvedere terraces that articulate the volume. The construction materials are: concrete structure with 40 cm masonry walls (with no supplementary insulation layer), limestone and granite cladding for the façades, along with oak and exotic wood (for the exterior ceilings and terraces), glass parapets and aluminium window frames.

With references mainly to the Functionalist architecture of the ’70, which still gives character to the Romanian seaside, the design intention was almost a pedagogical one – considering the maximum degree of exposure of the site, but also the speculative character of the new developments nearby. It was therefore important that this architectural object which 'sets the tone' for the future seafront in Olimp to impose a certain standard of composition hygiene, of building quality, of scale, etc. 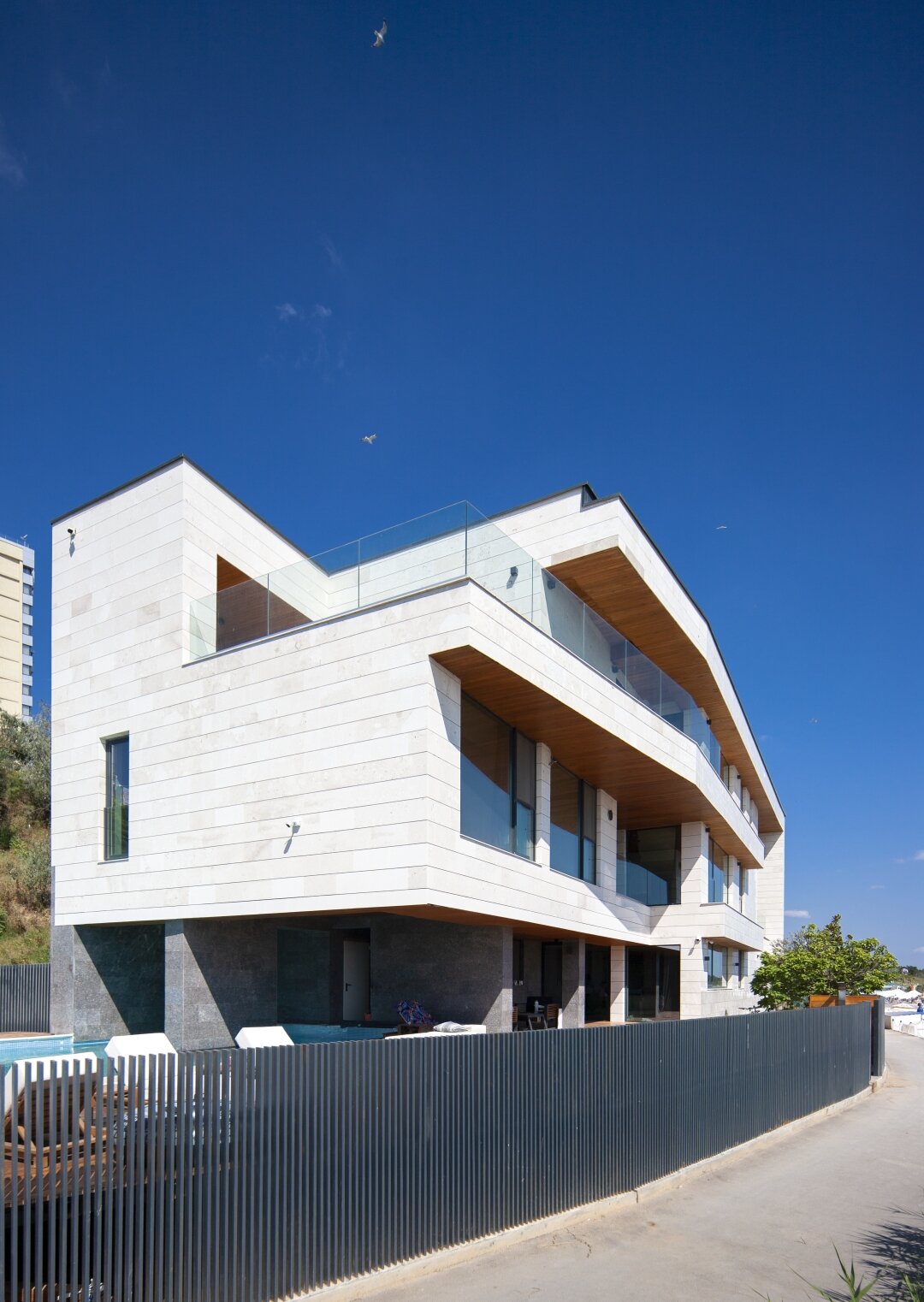 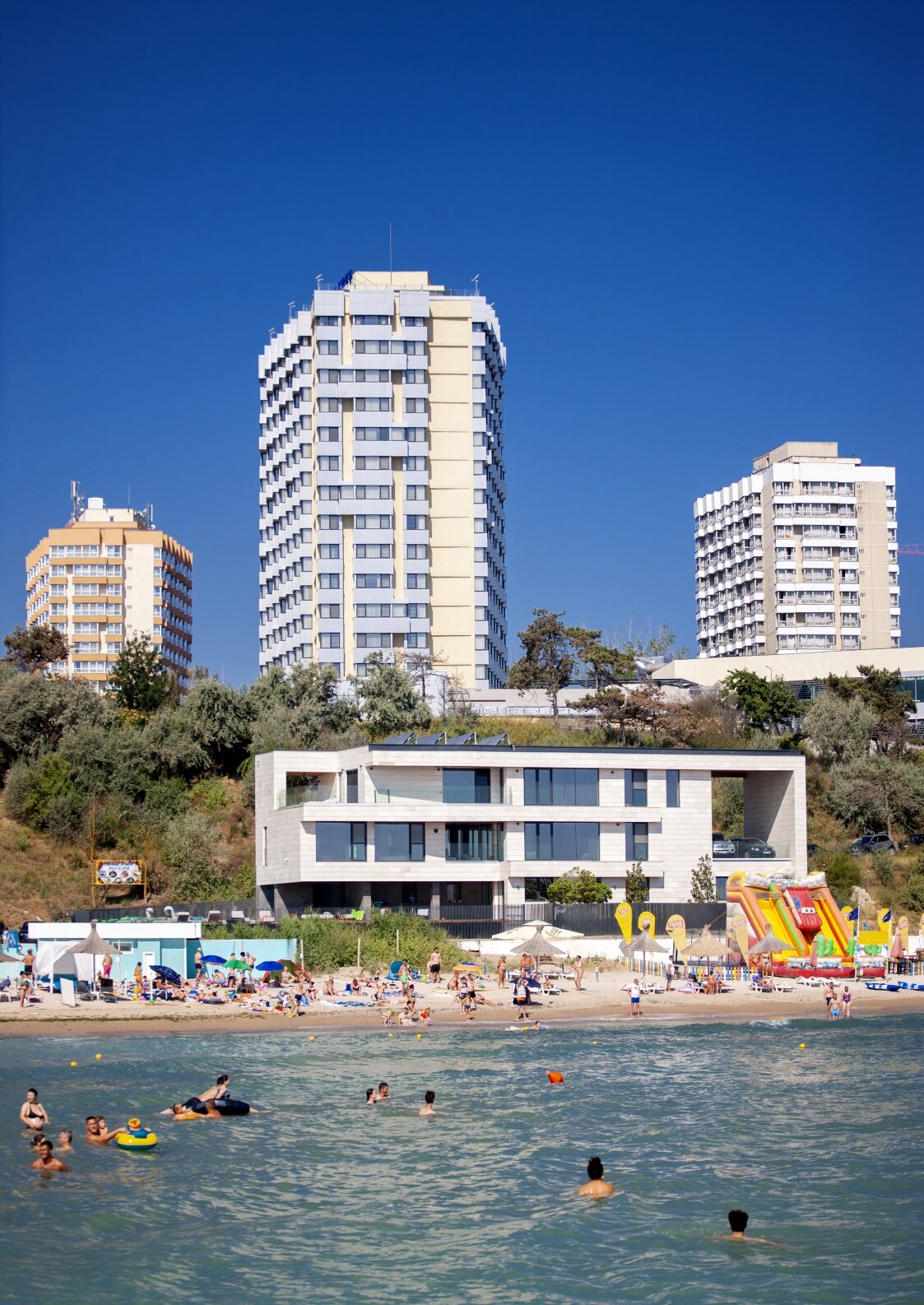 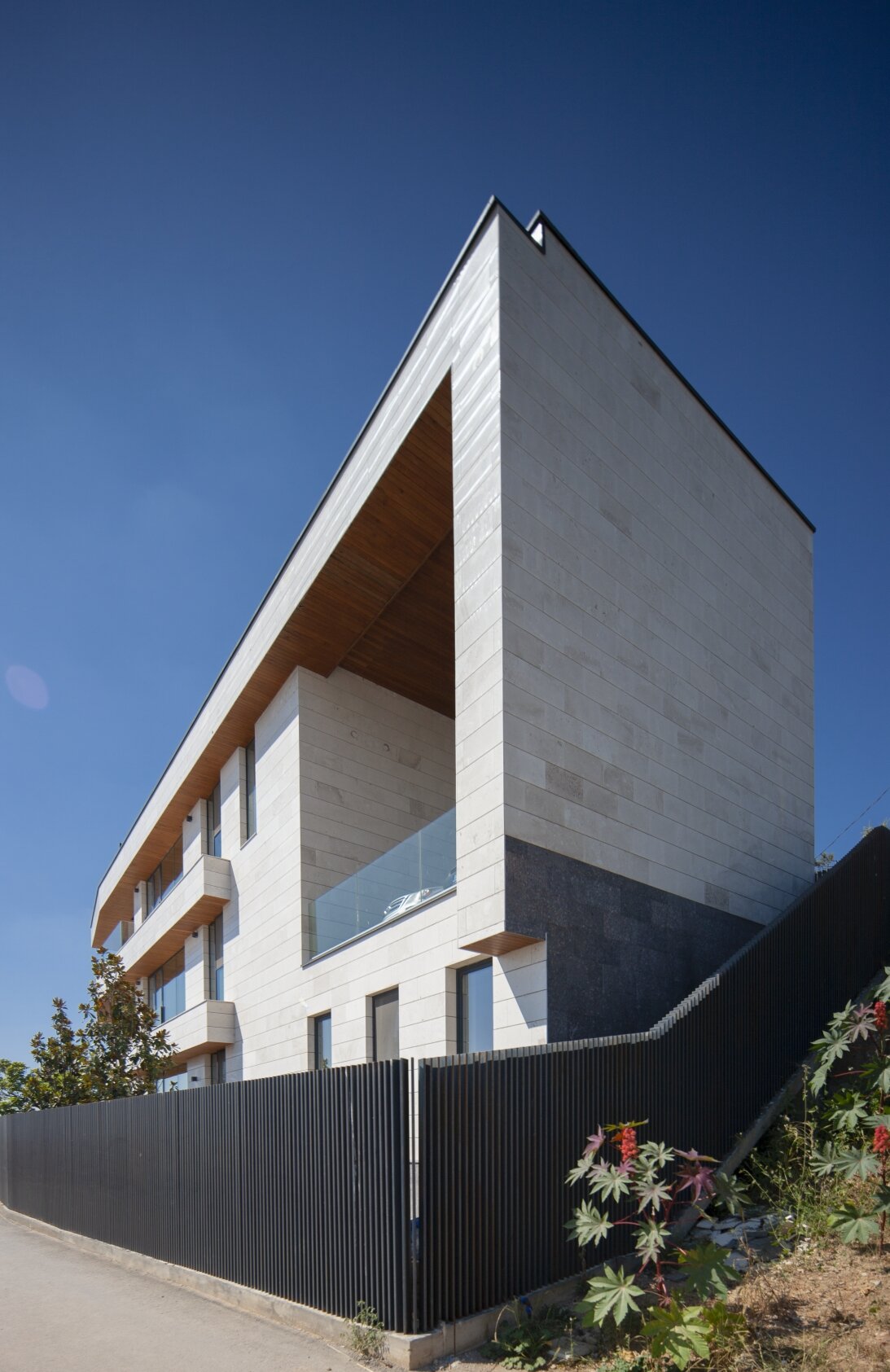 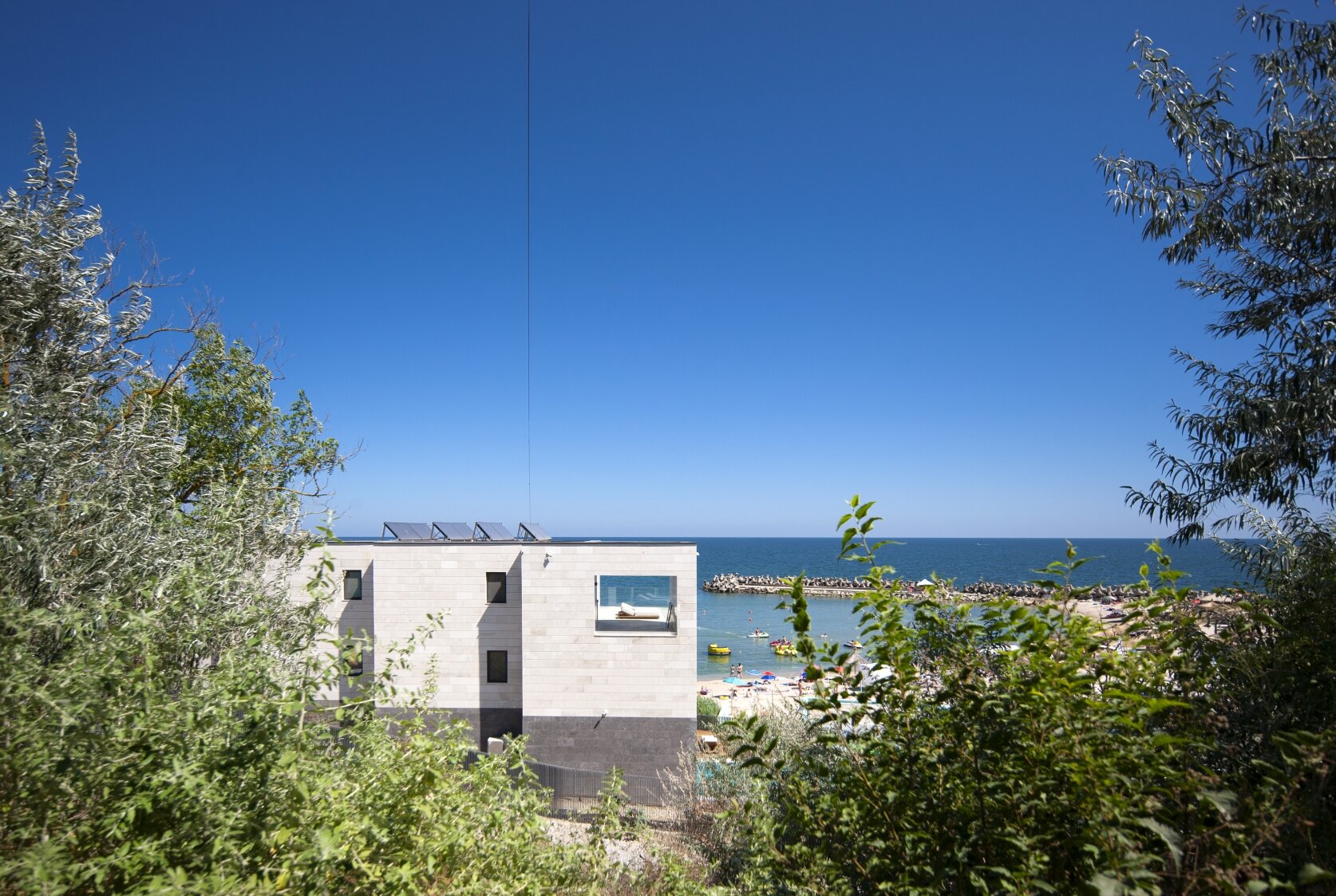 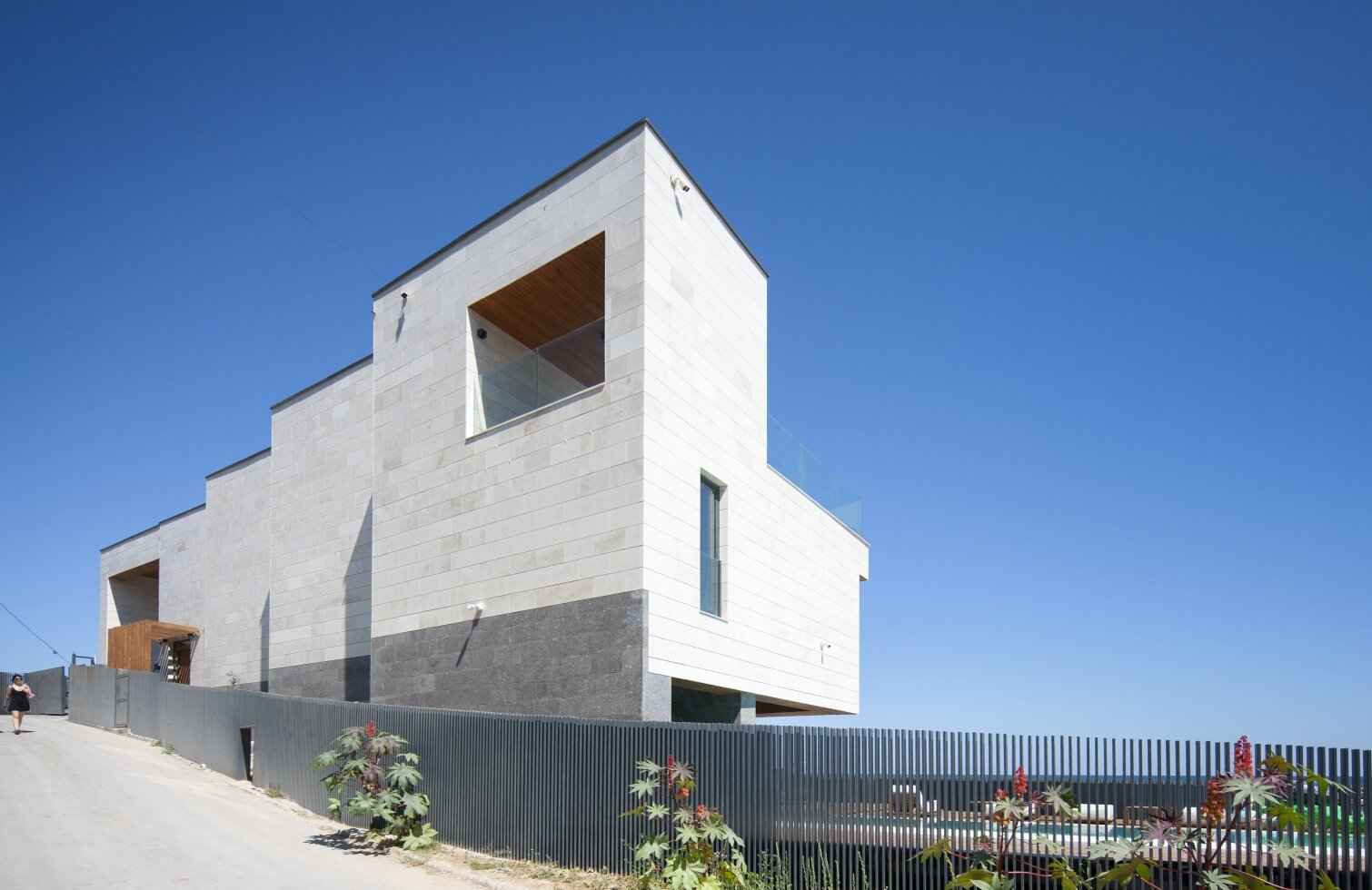 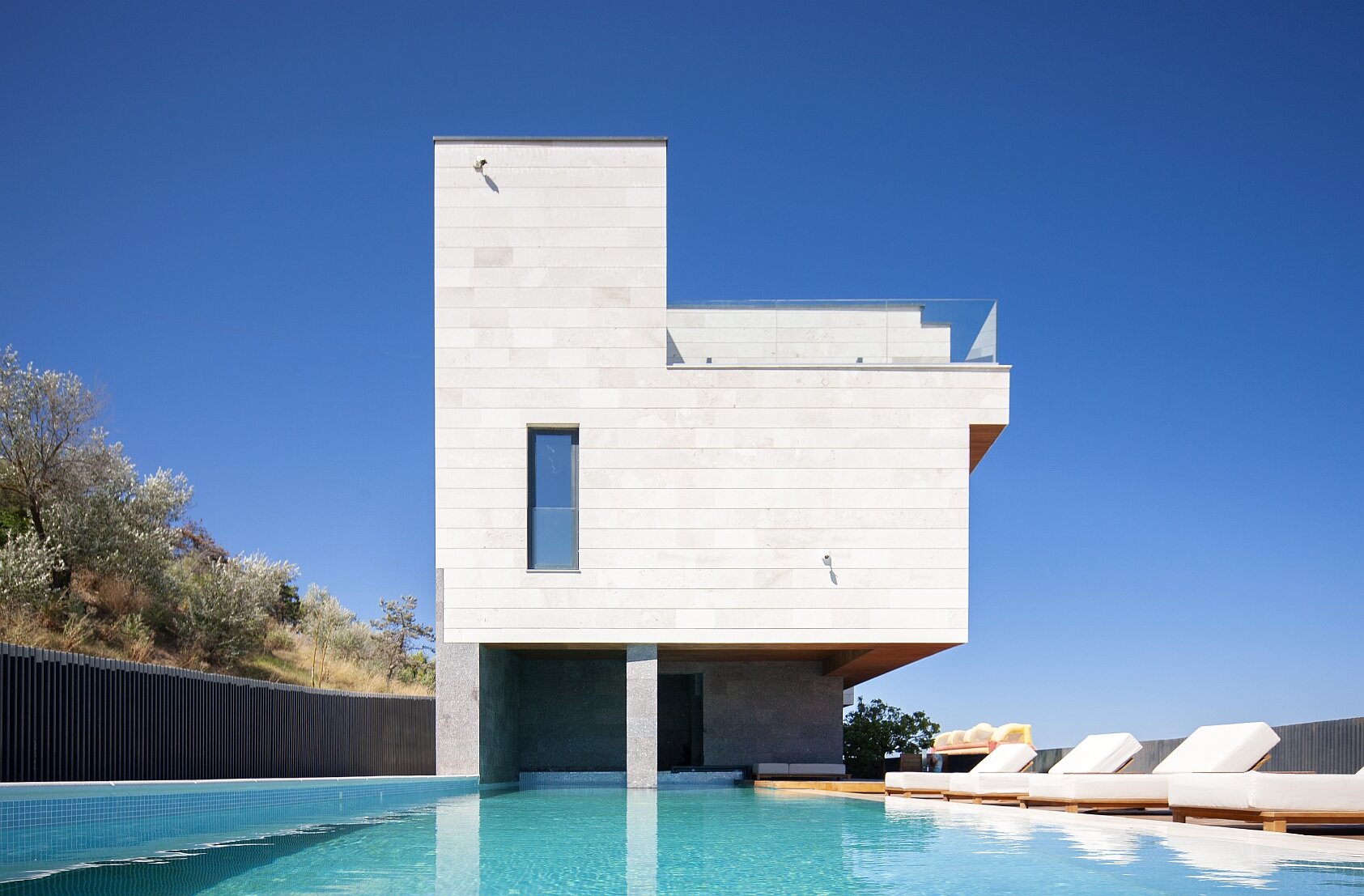 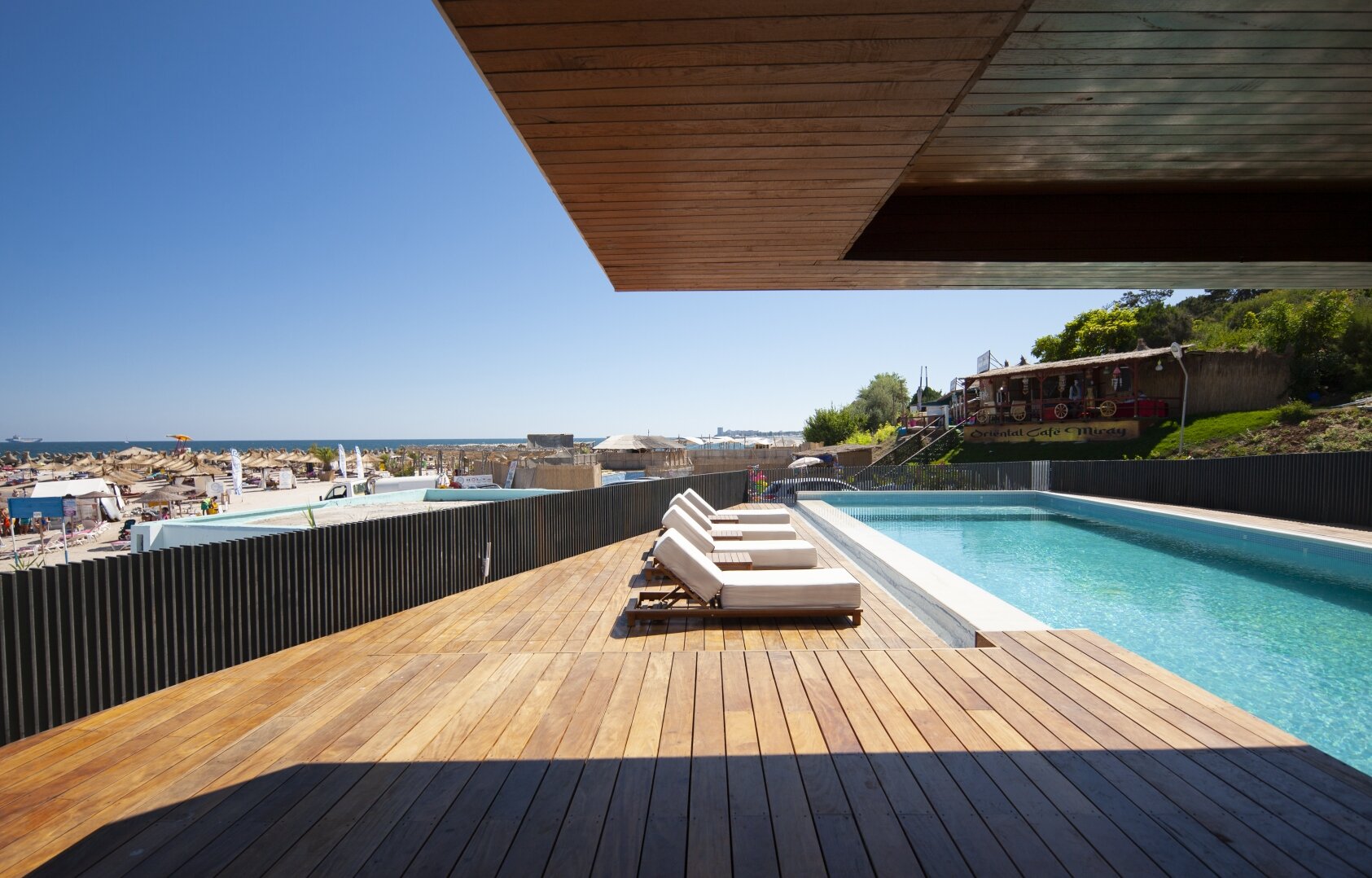 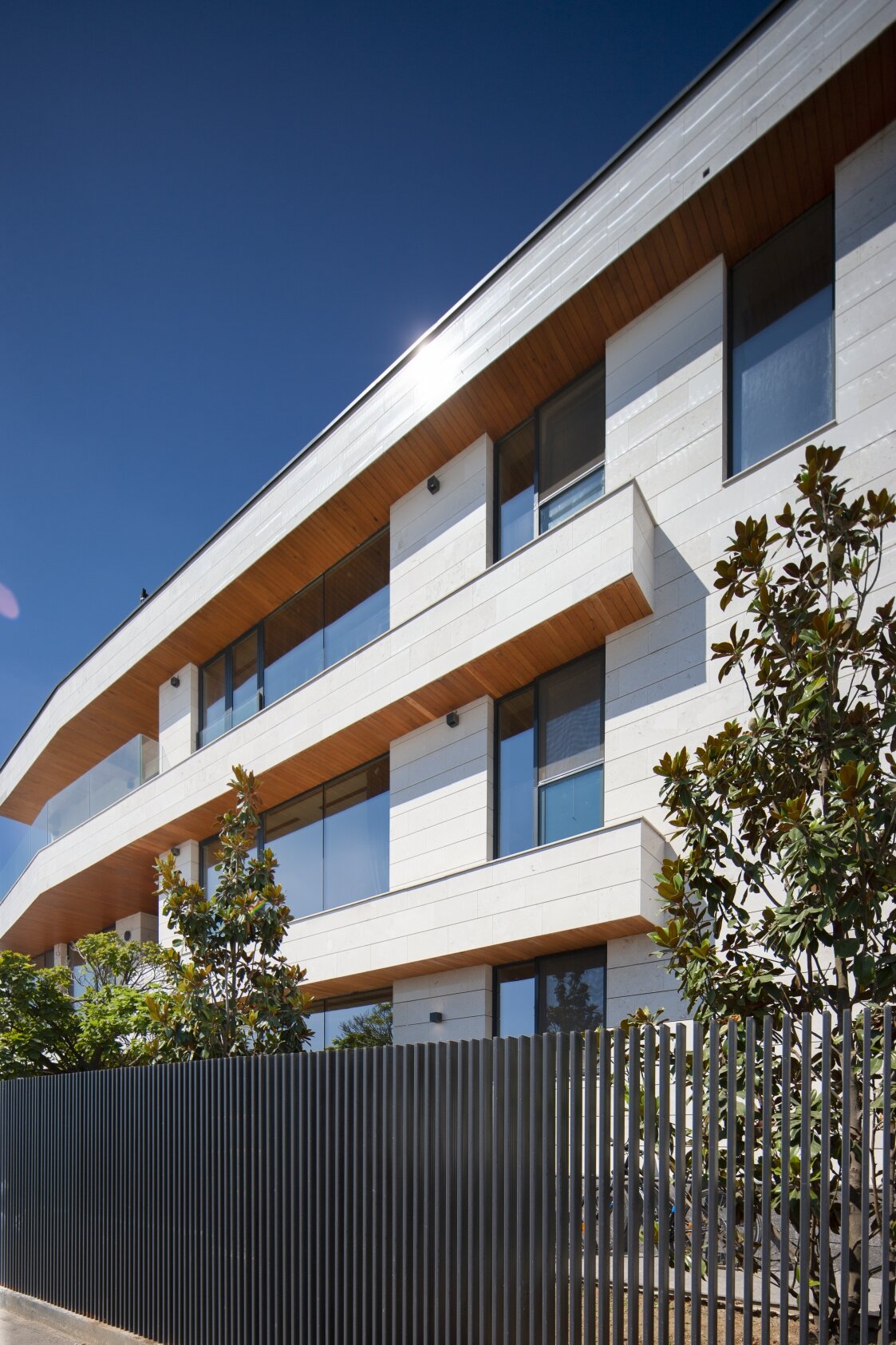 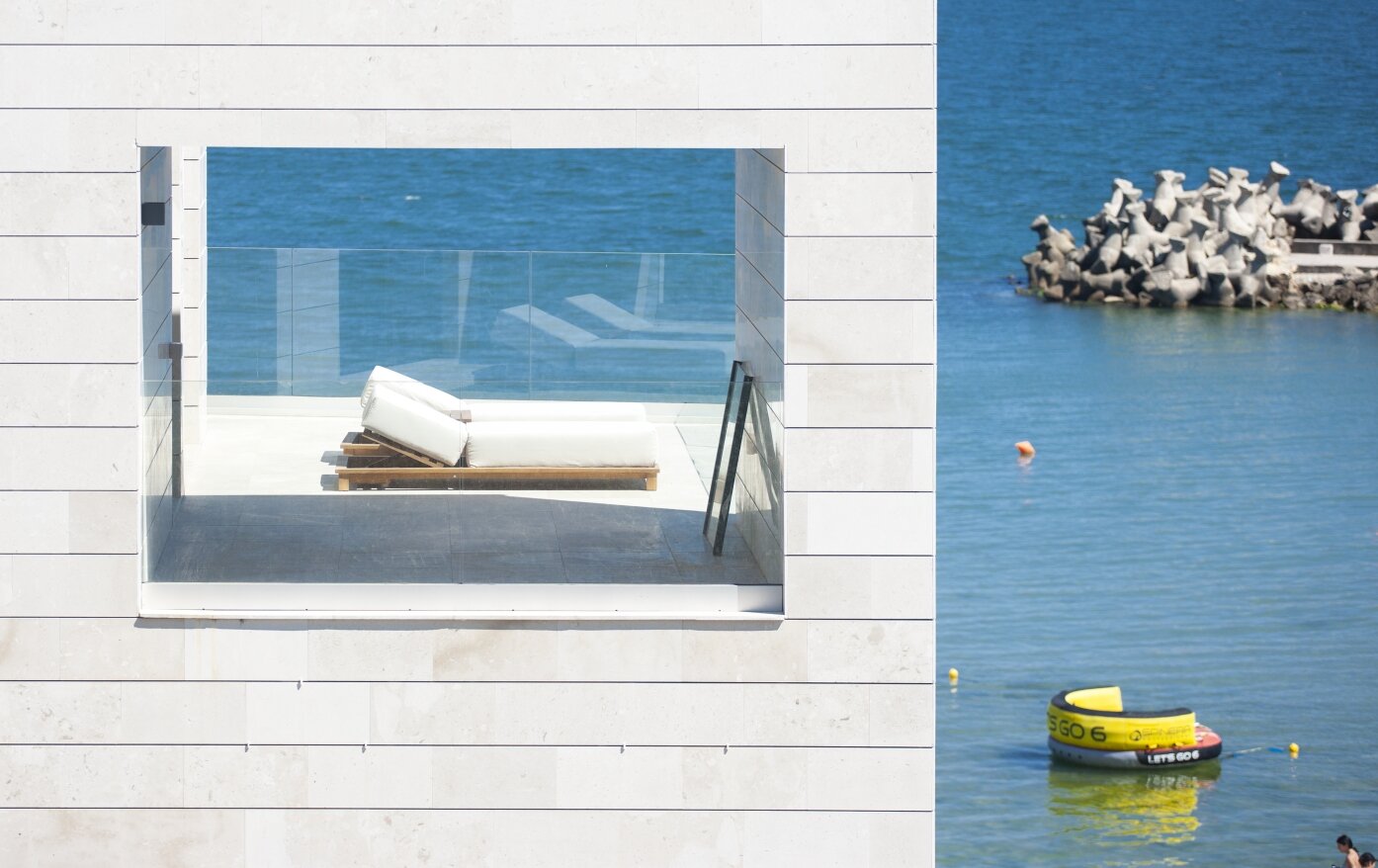 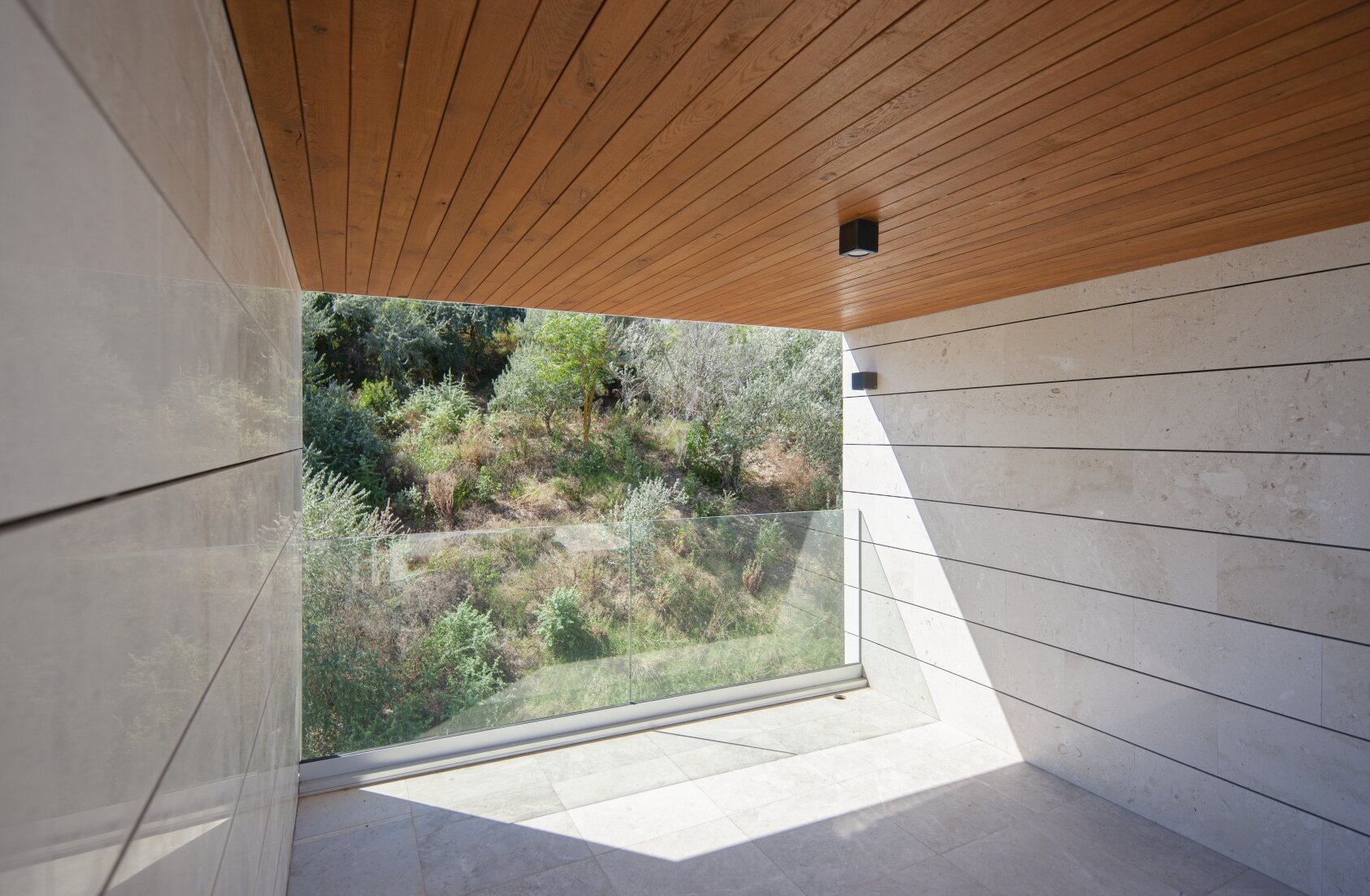 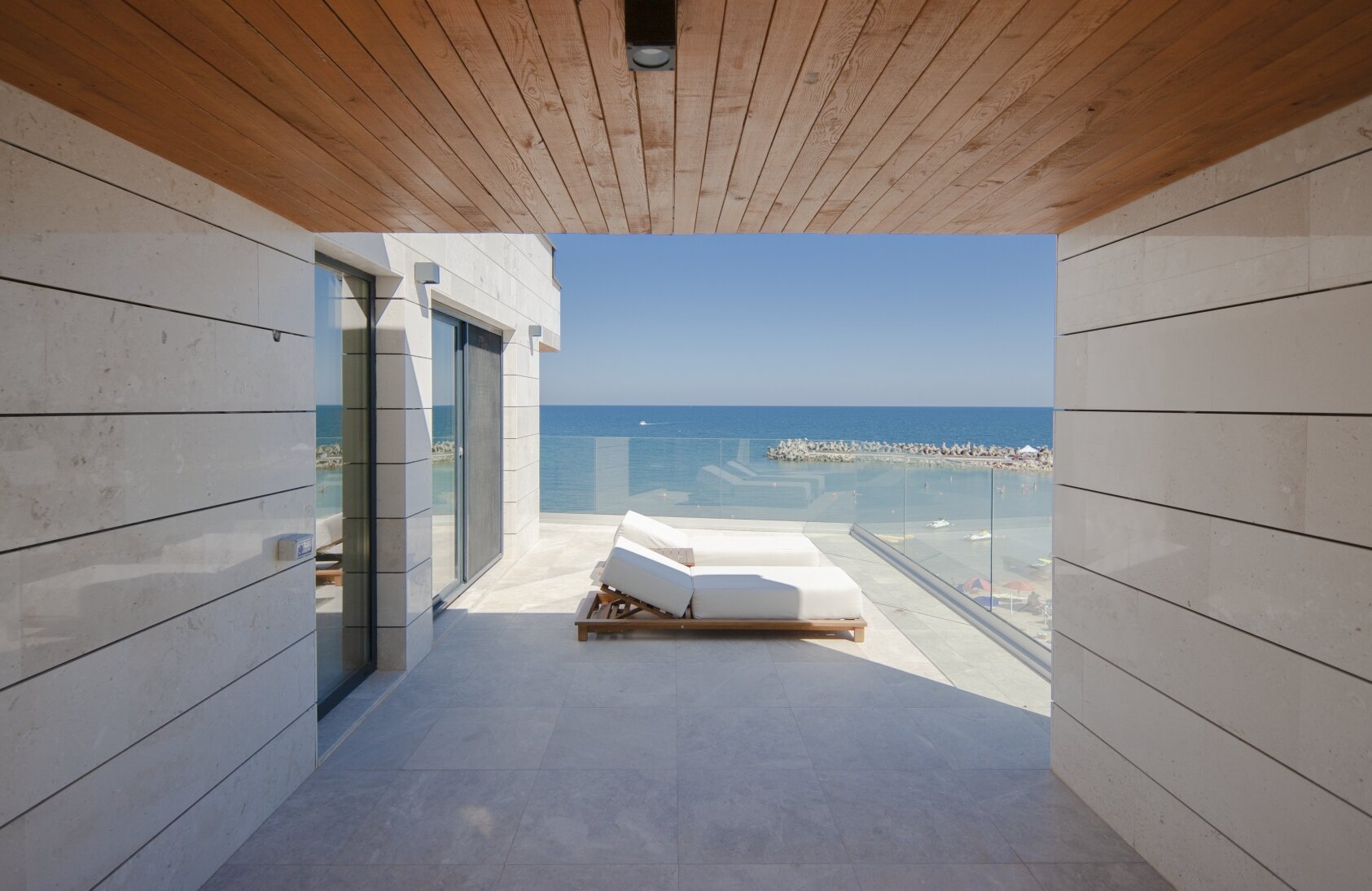 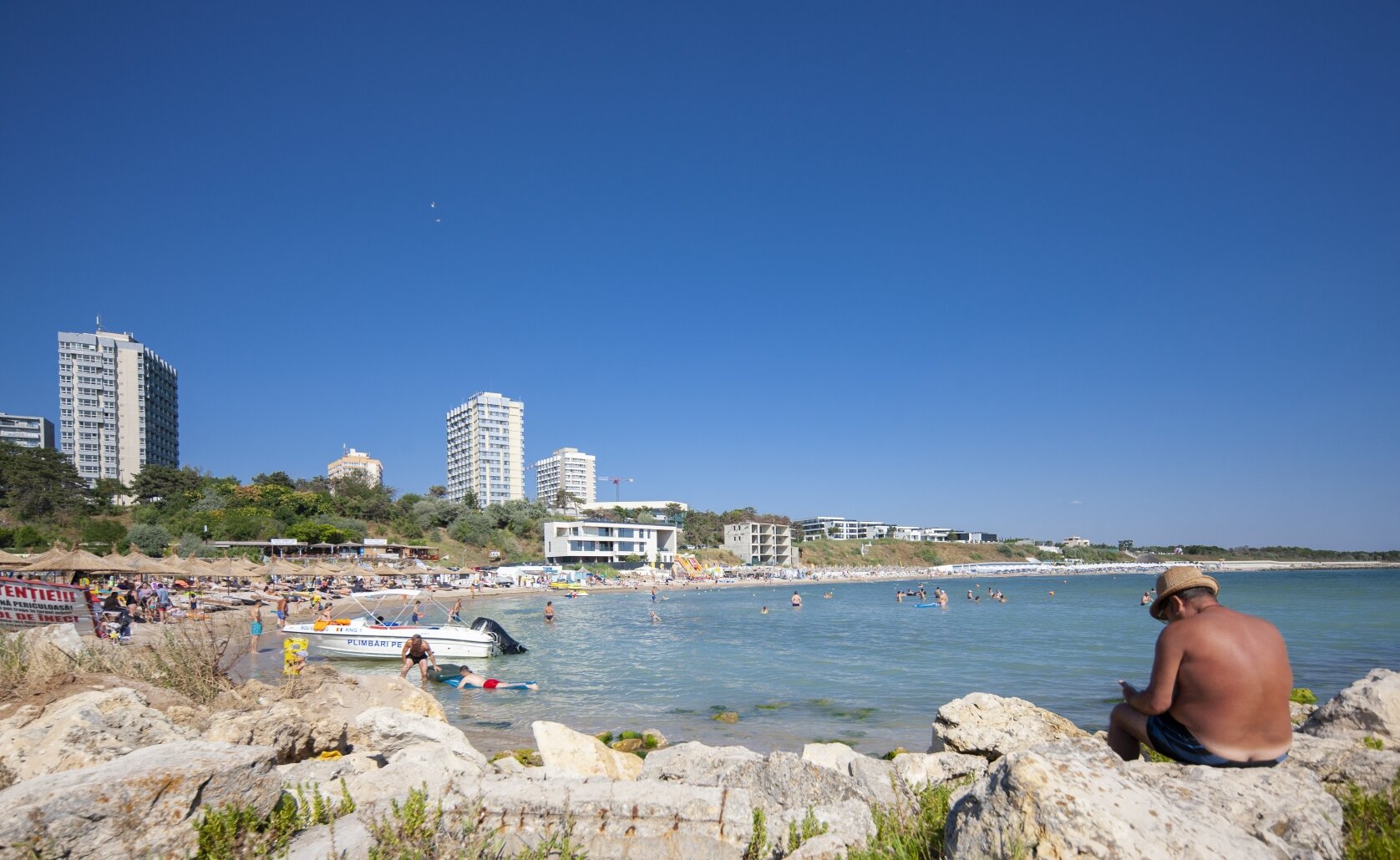 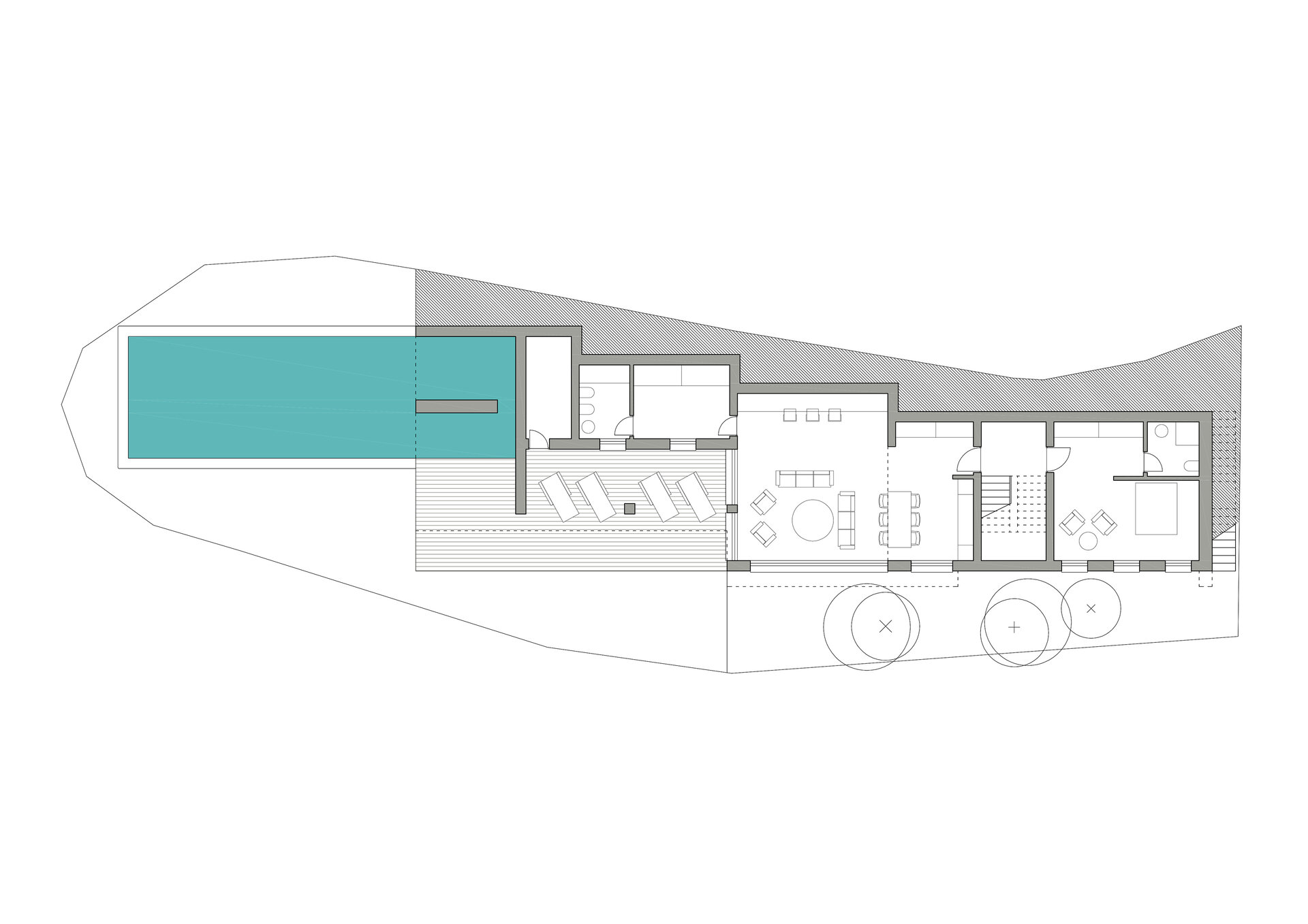 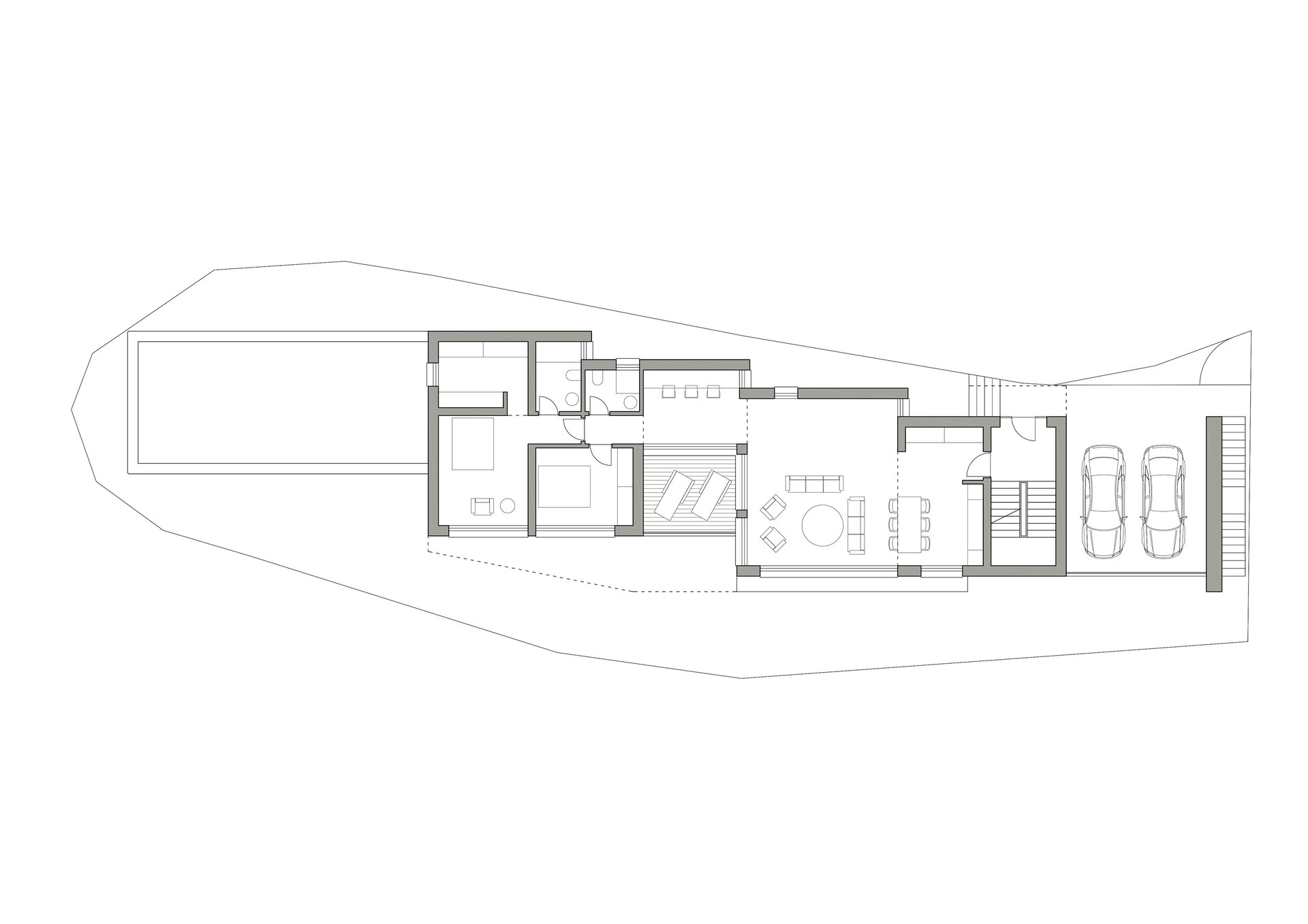 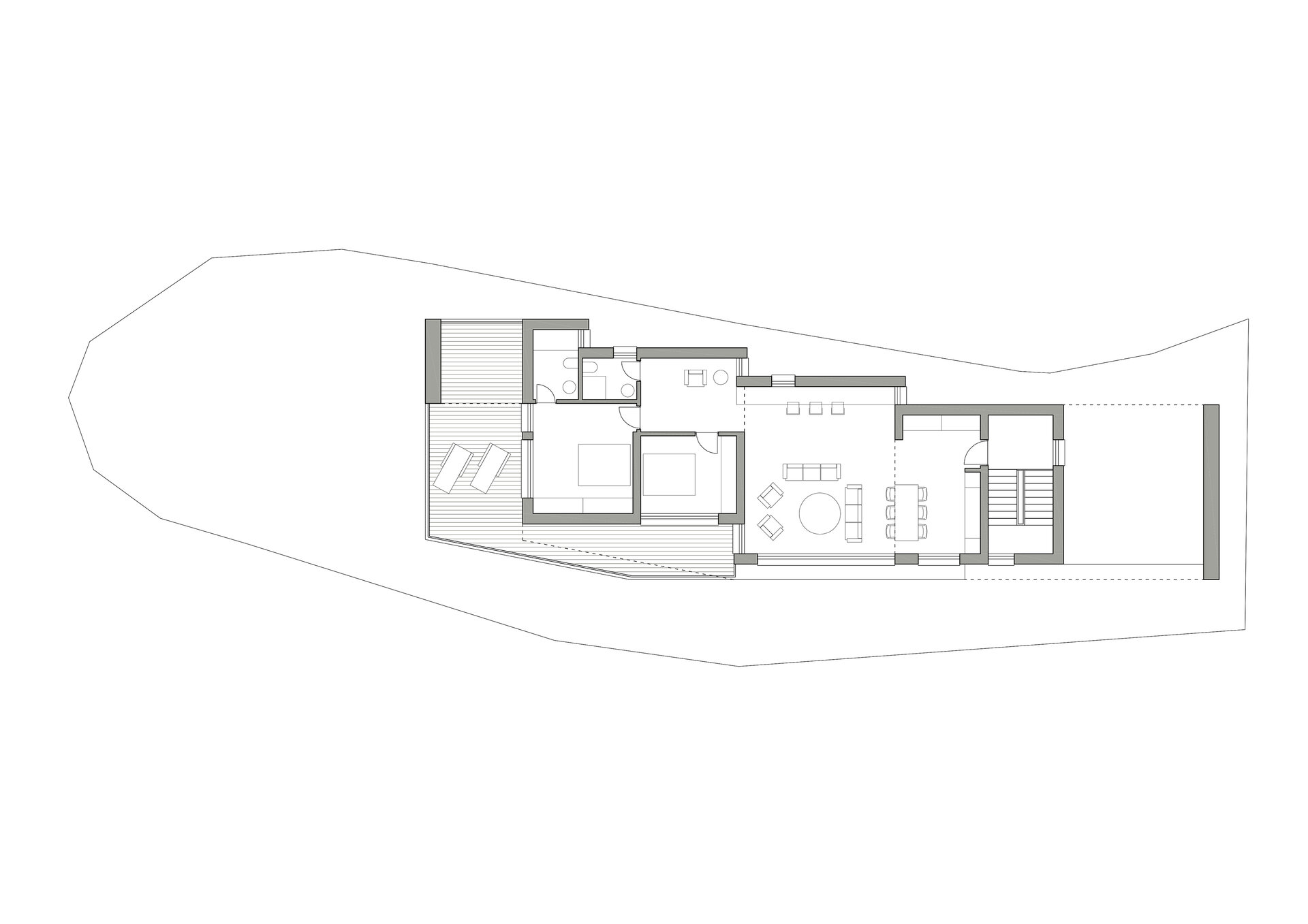 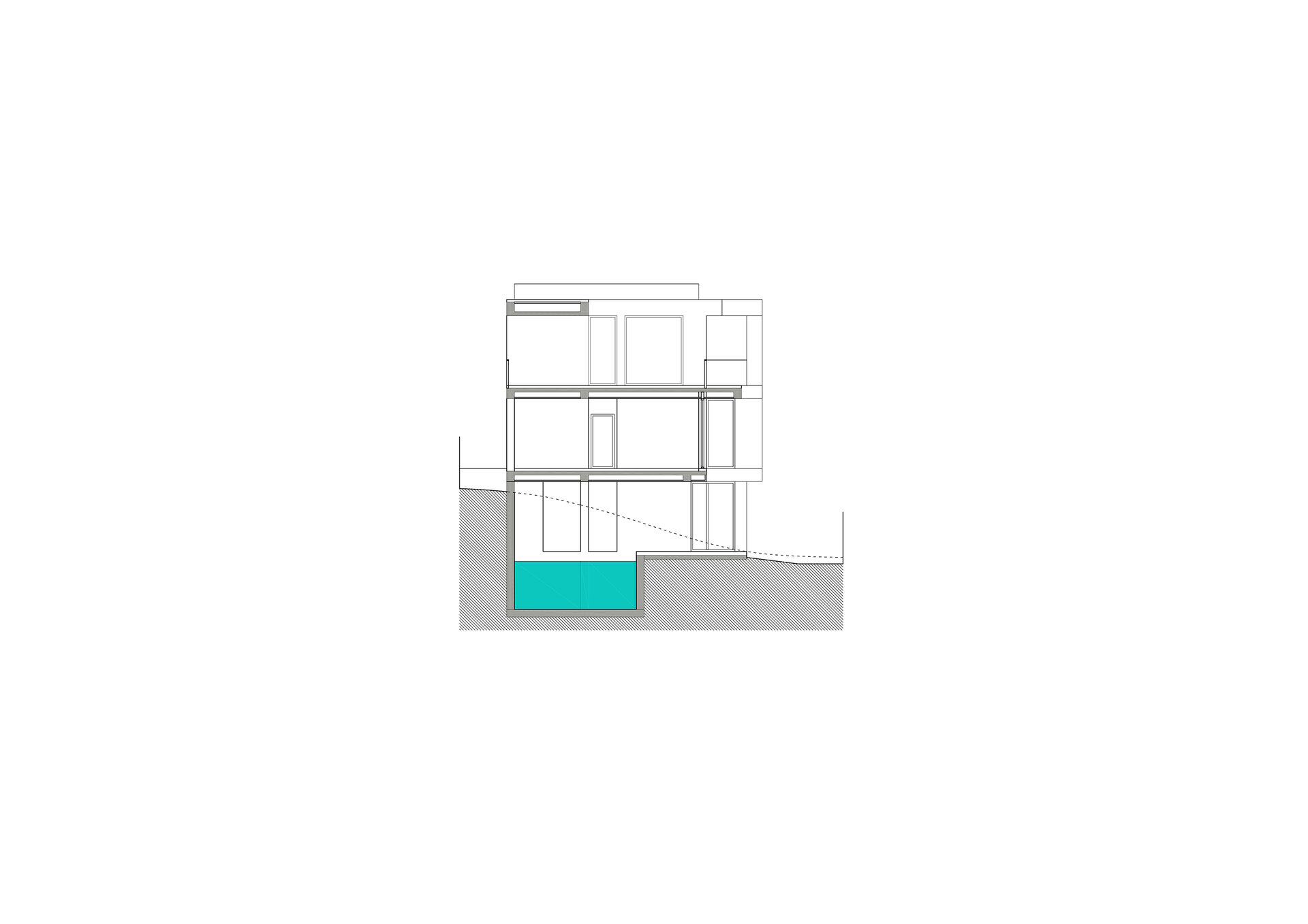