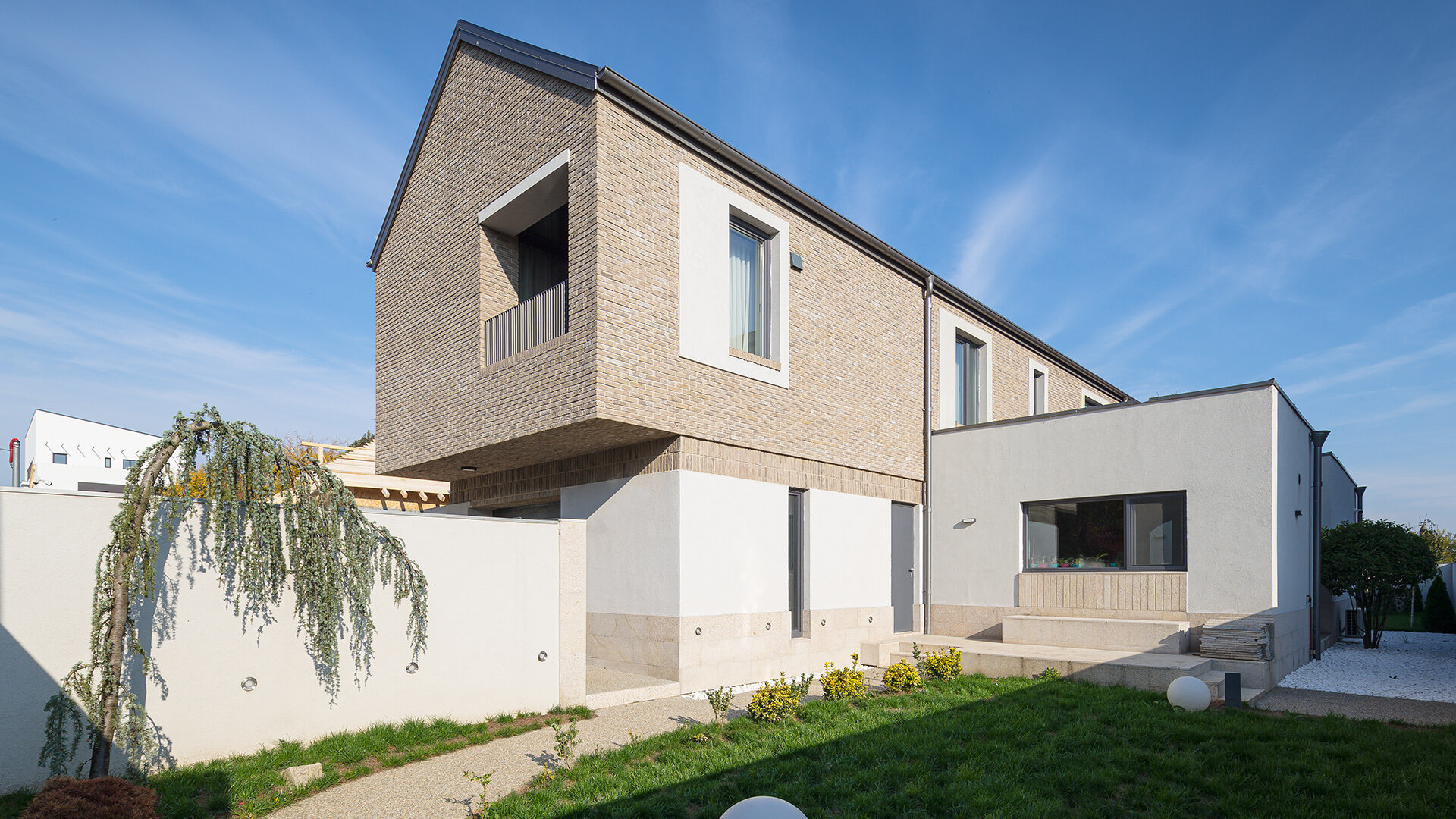 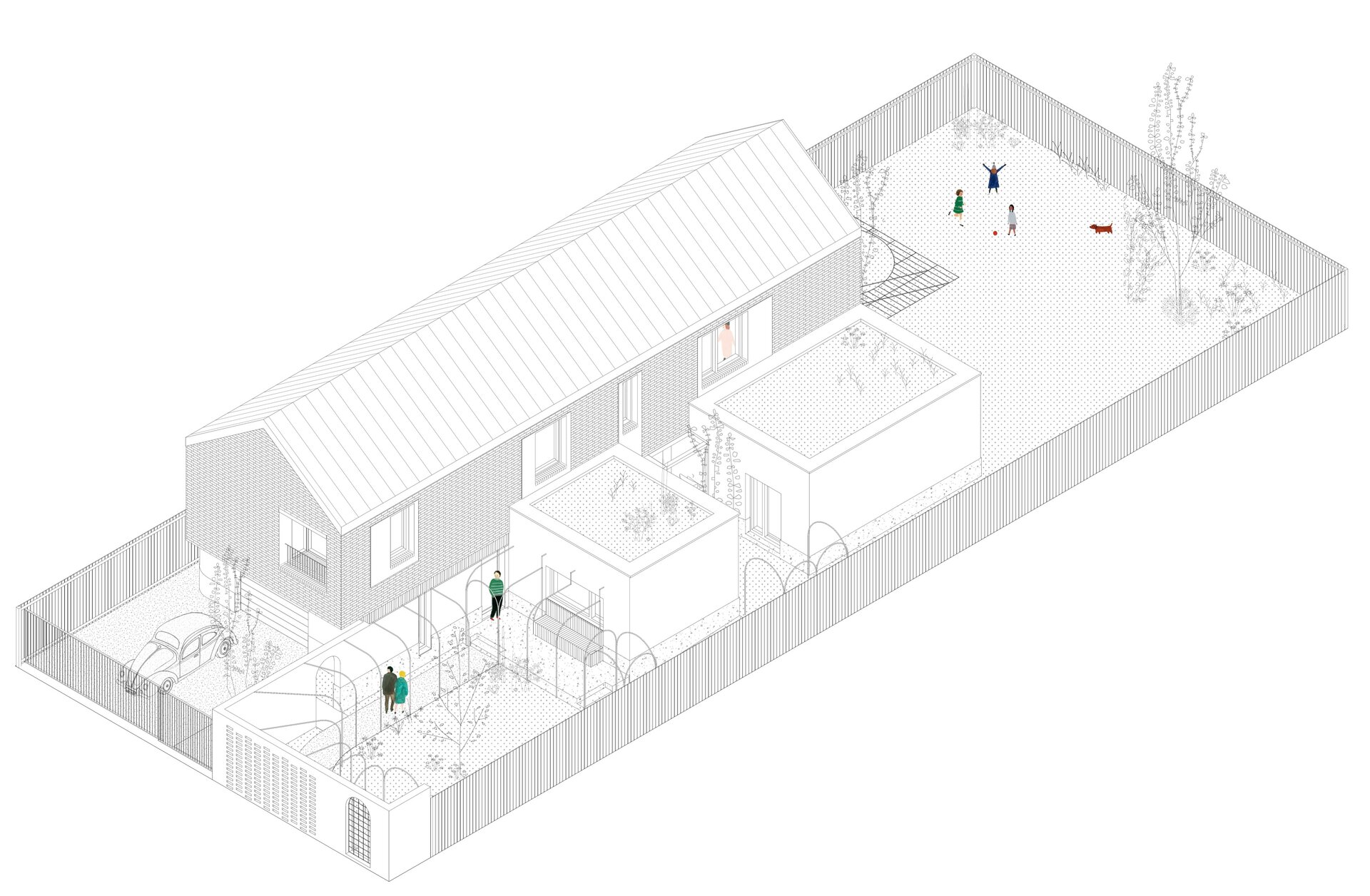 The project proposes a permanent negotiation between the interior and the exterior space and a particular visual relationship that is established between them.
Starting from the North-South orientation of the land, it was decided to build an elongated volume on a relatively narrow land, which allowed to open the building towards the East and West sides, bringing the natural light inside the house at various times of the day.
The interior spaces are designed in relation to the moments of the day: the kitchen and the breakfast area being oriented to the South-East, the dining room to the West, the living area to the North and to the South, and the bedrooms have multiple openings to the South, East and West, to benefit from the free horizon of the suburbs.
The diffuse and apparently fragmented ground floor delimits distinct areas of the courtyard with different characters, arranged in a row. At first, we distinguish the entrance courtyard, separated by the parking area by extending the wall on the ground floor, and which with the passage of time and the growth of vegetation will be transformed into a green filter towards the street .
The entrance alley leads to an intimate, small side yard, which receives light in the morning and has become the most pleasant and used outdoor space - being in a direct relationship with the kitchen and the place for breakfast. This side yard contains a bay window housing a resting place - as a buffer zone between outside and inside and which introduces the southern light in the center of the house.
This is followed by a large backyard, to which the living room and dining area open.
The volume of the archetypal brick house is weighted over the diffuse ground floor, which, compositionally, confers a certain radicality, meant to give identity to the project. The continuous brick belt together with the extension in the console of the upper volume strengthen the idea of segregation between the two functional areas - the day on the ground floor and the night on the floor.
Desiring a permanent relationship with nature, the two terraces above the ground floor are covered with moss and sedum that help filter air and rainwater, having the role of thermal protection, but especially, they offer a pleasant visual perspective for both our user, as well as for his neighbors.
Inside the house, the wide and varied windows, together with the buffer zones - respectively the loggia from the floor to the street, the bay window to the side yard and the terrace to the back, create a permanent awareness of the garden. The halls with generous openings are parasitized by certain furniture bodies and sitting places, thus exceeding their function as simple passage areas. These, complemented by the good layout and communication between the living areas, create fluidity and give a certain naturalness to the use of space, simultaneously with an intimacy suitable for this function. 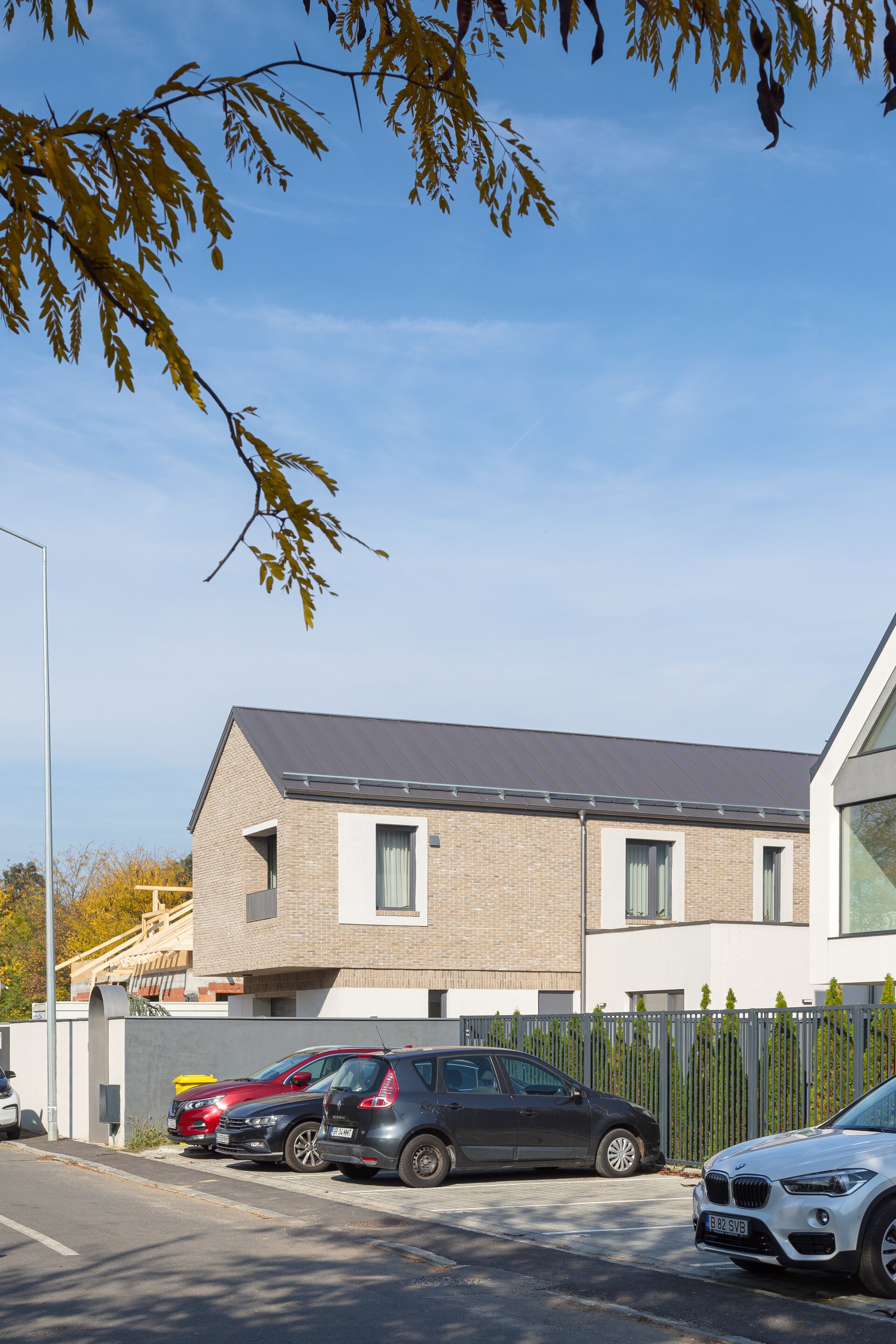 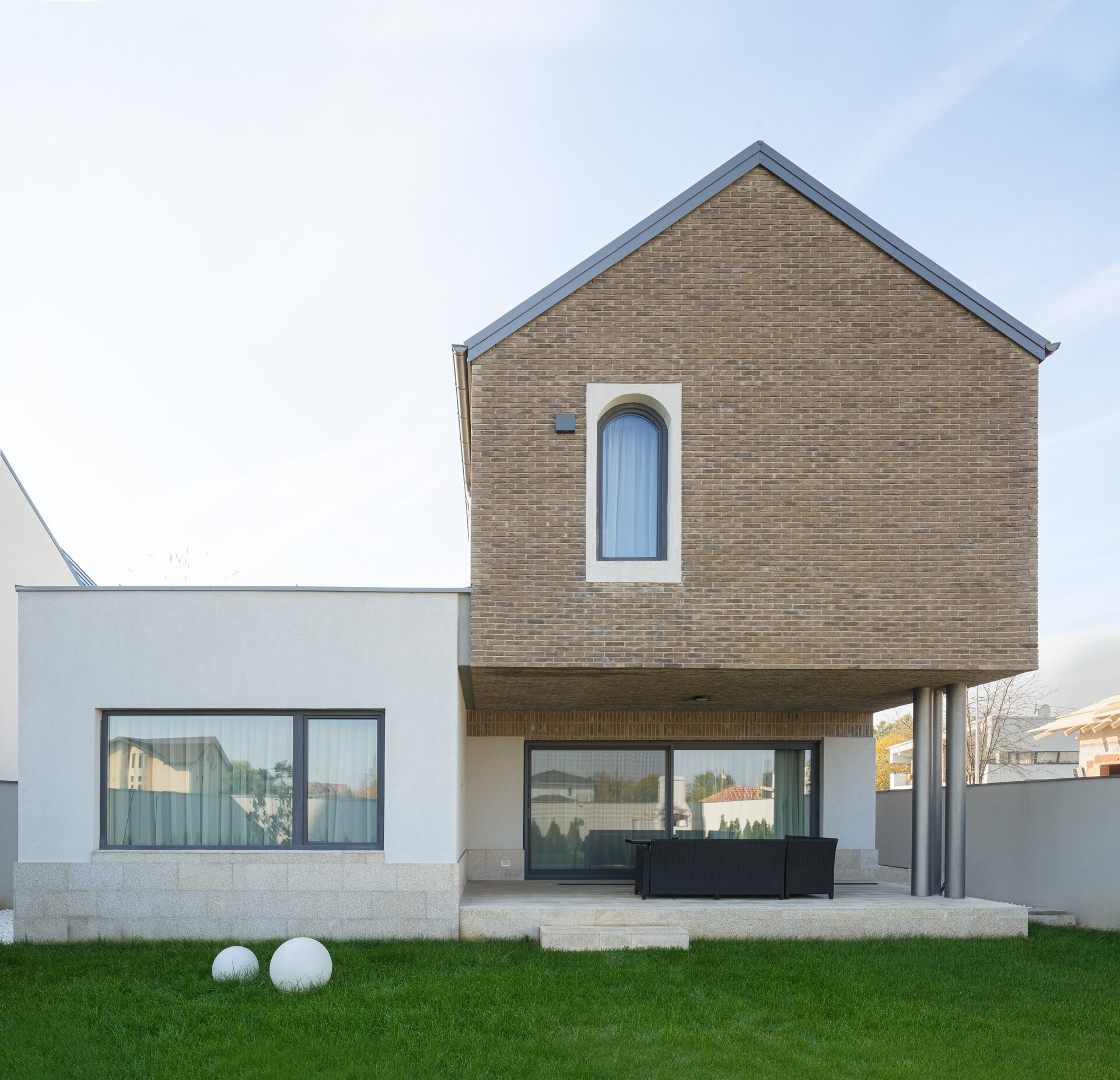 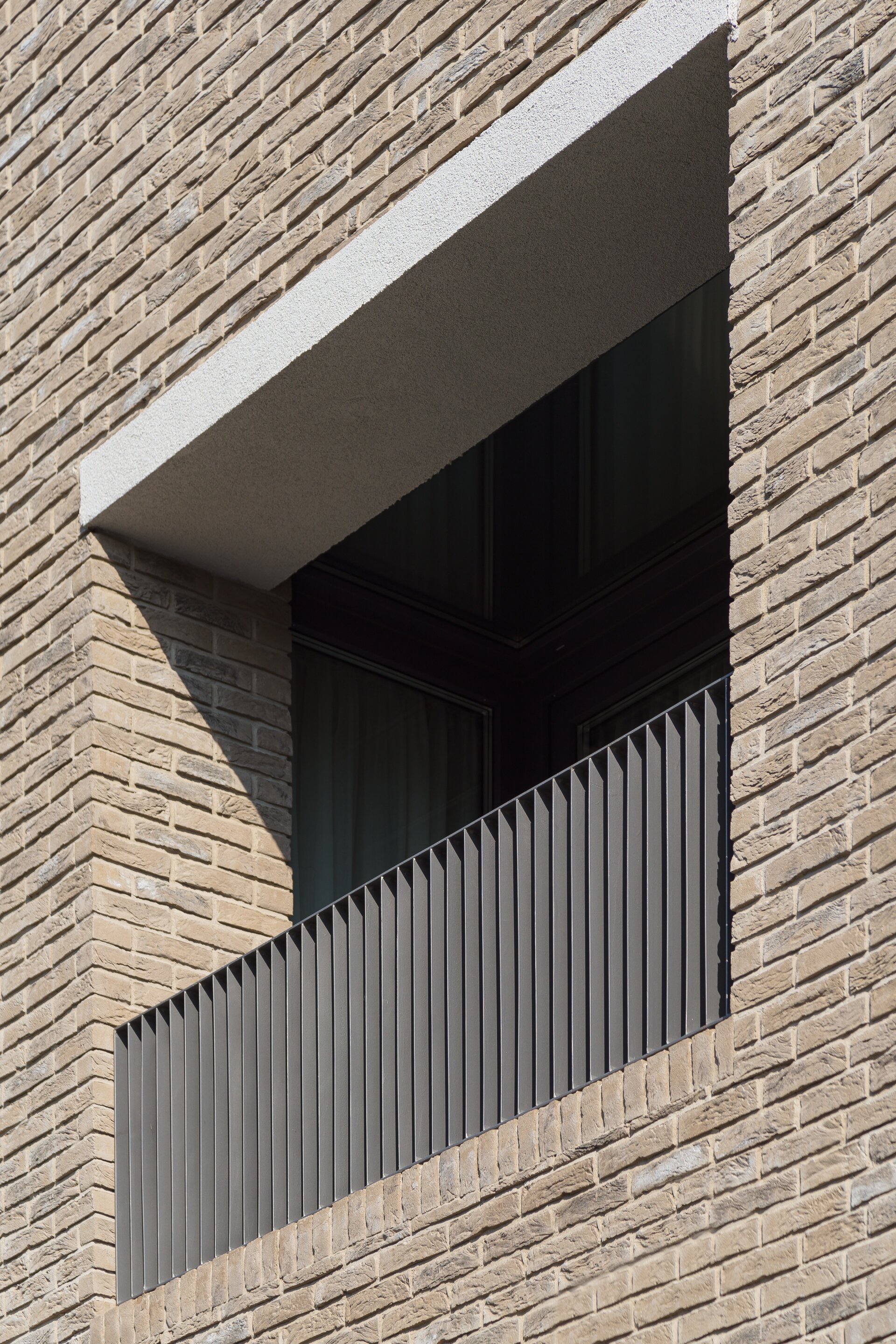 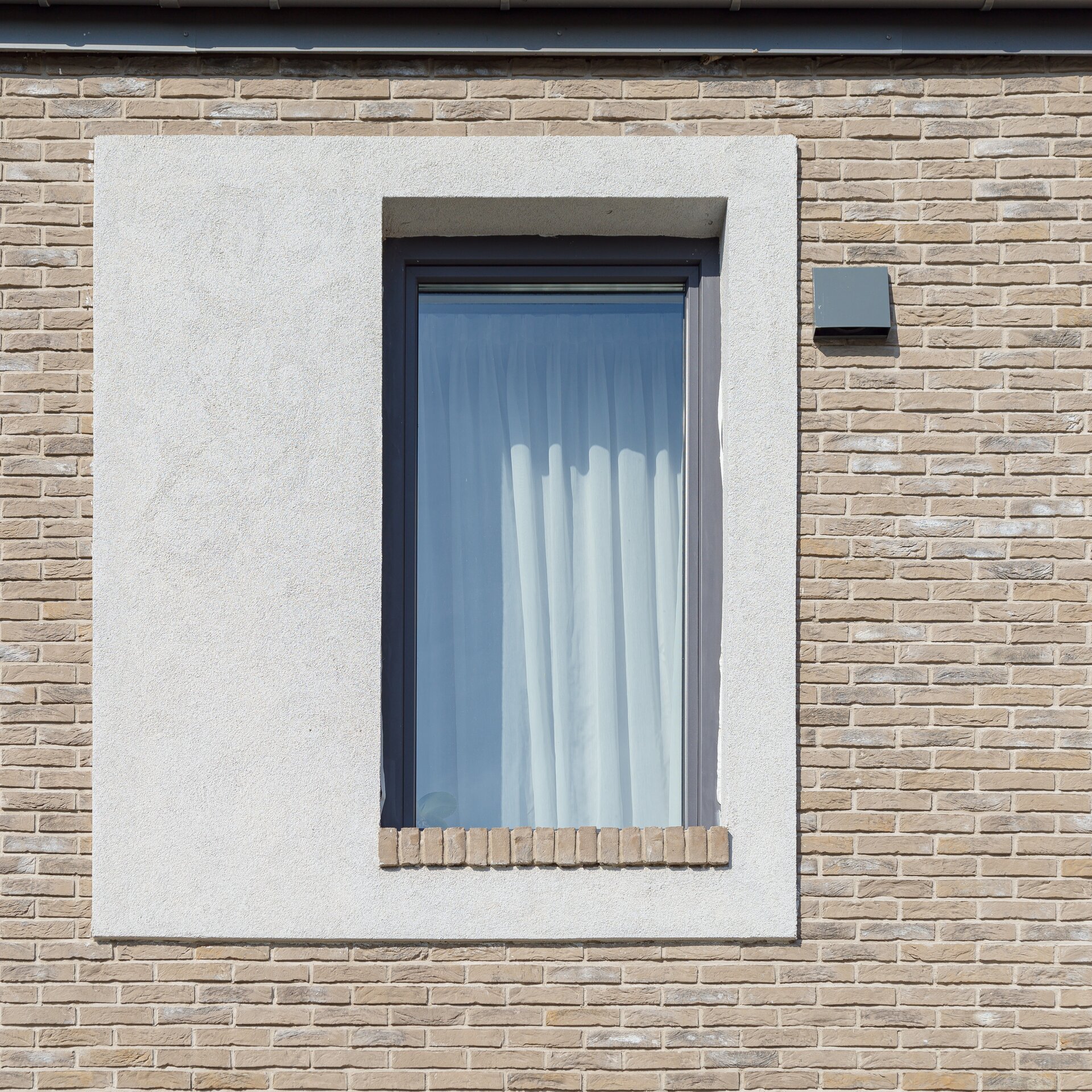 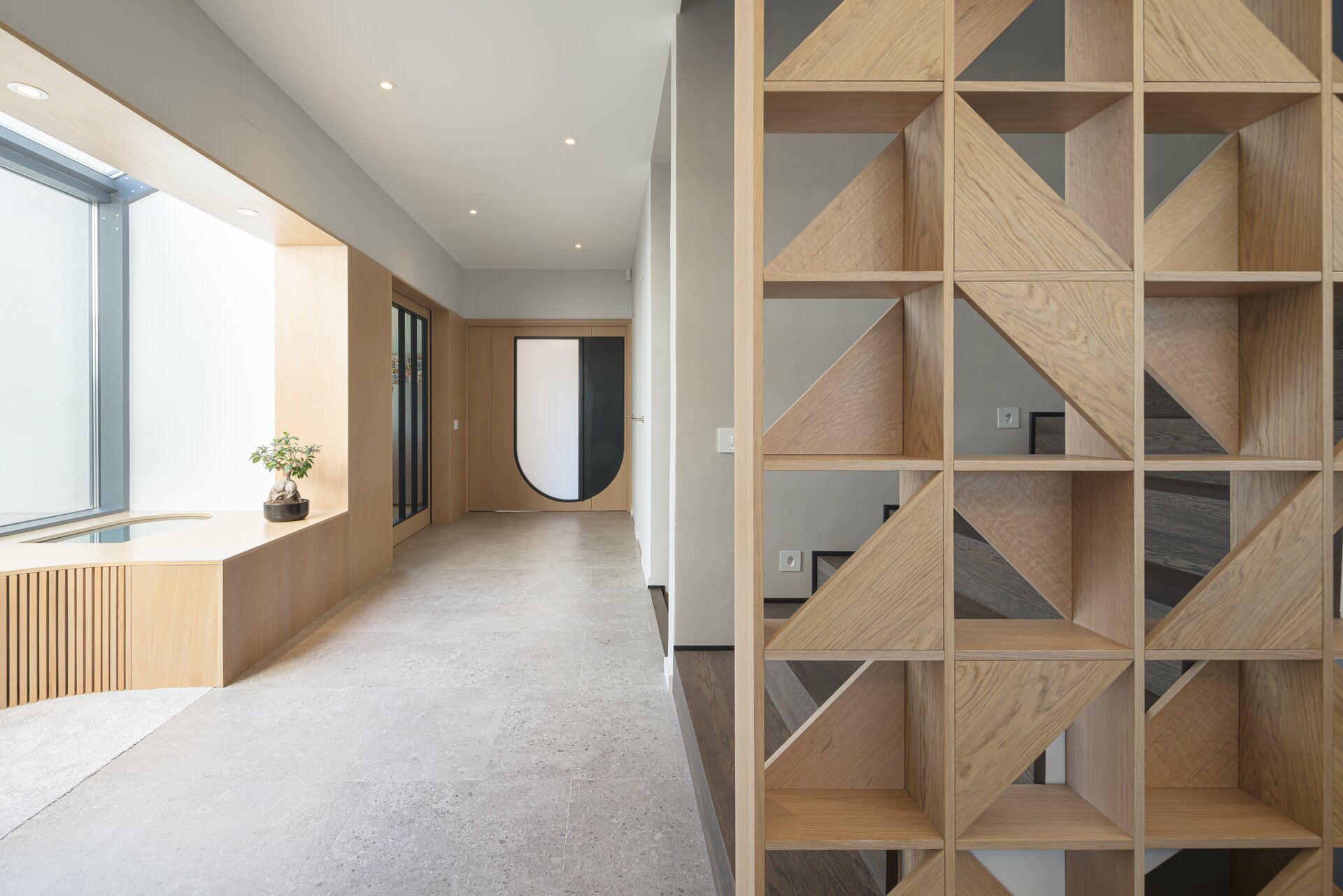 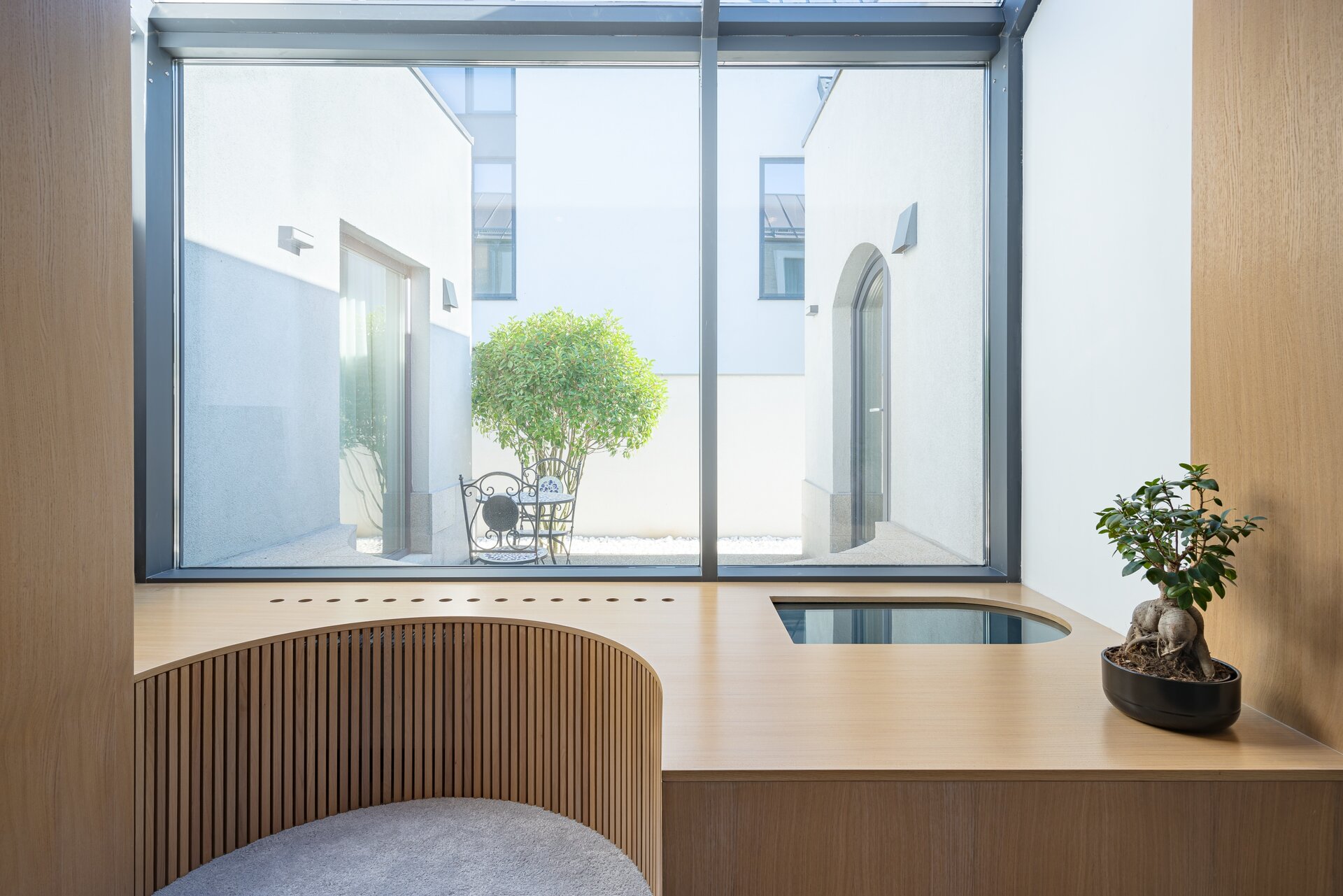 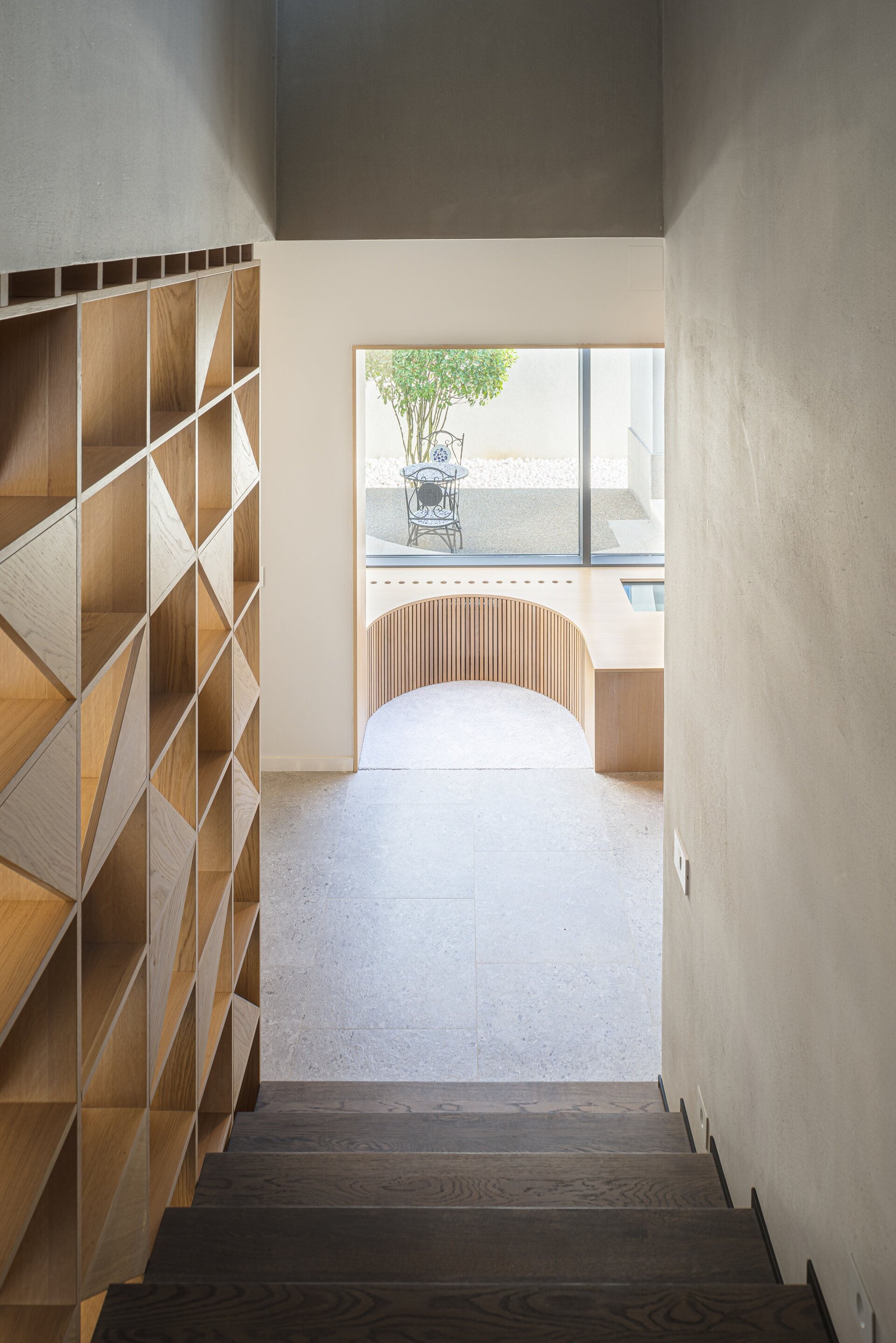 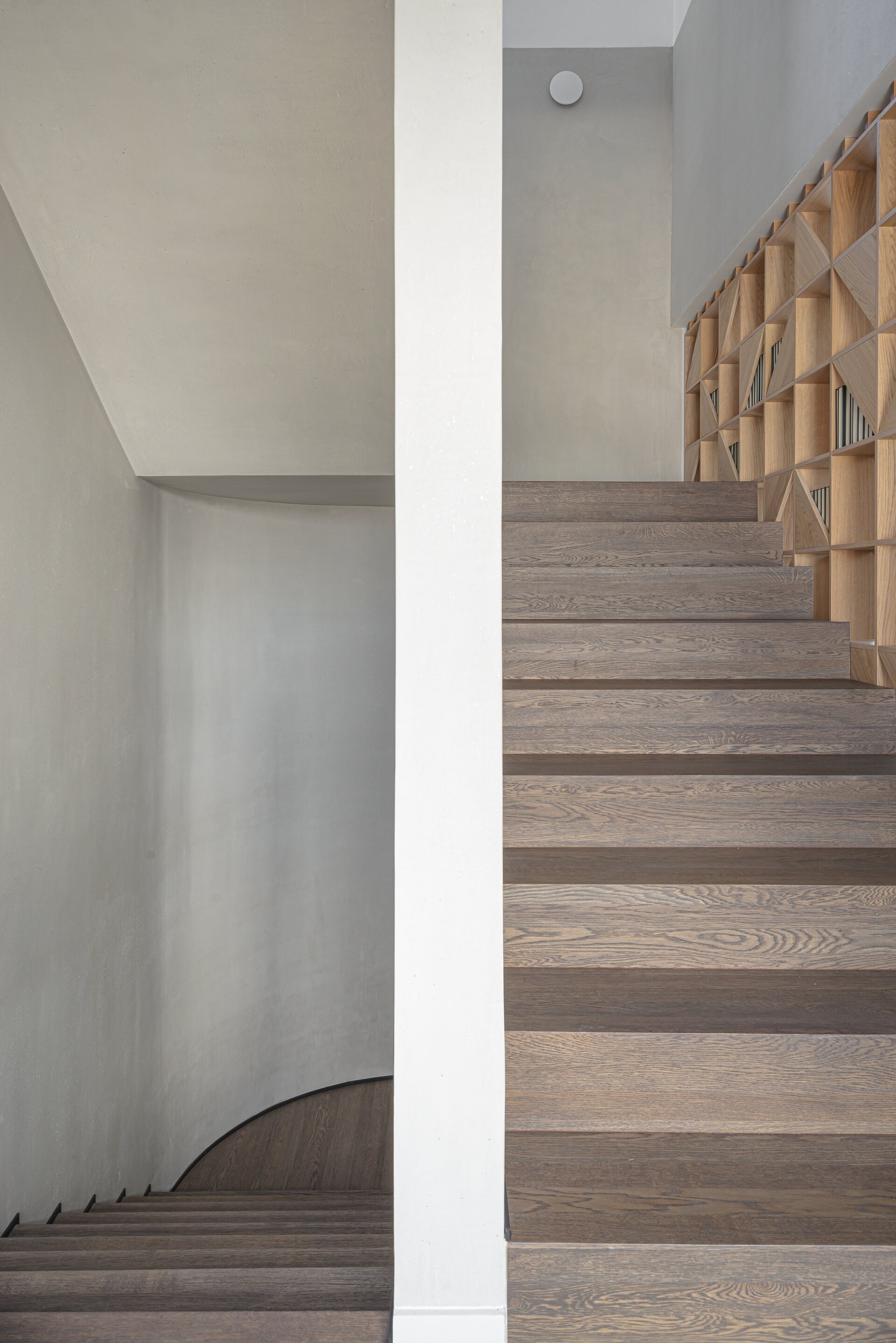 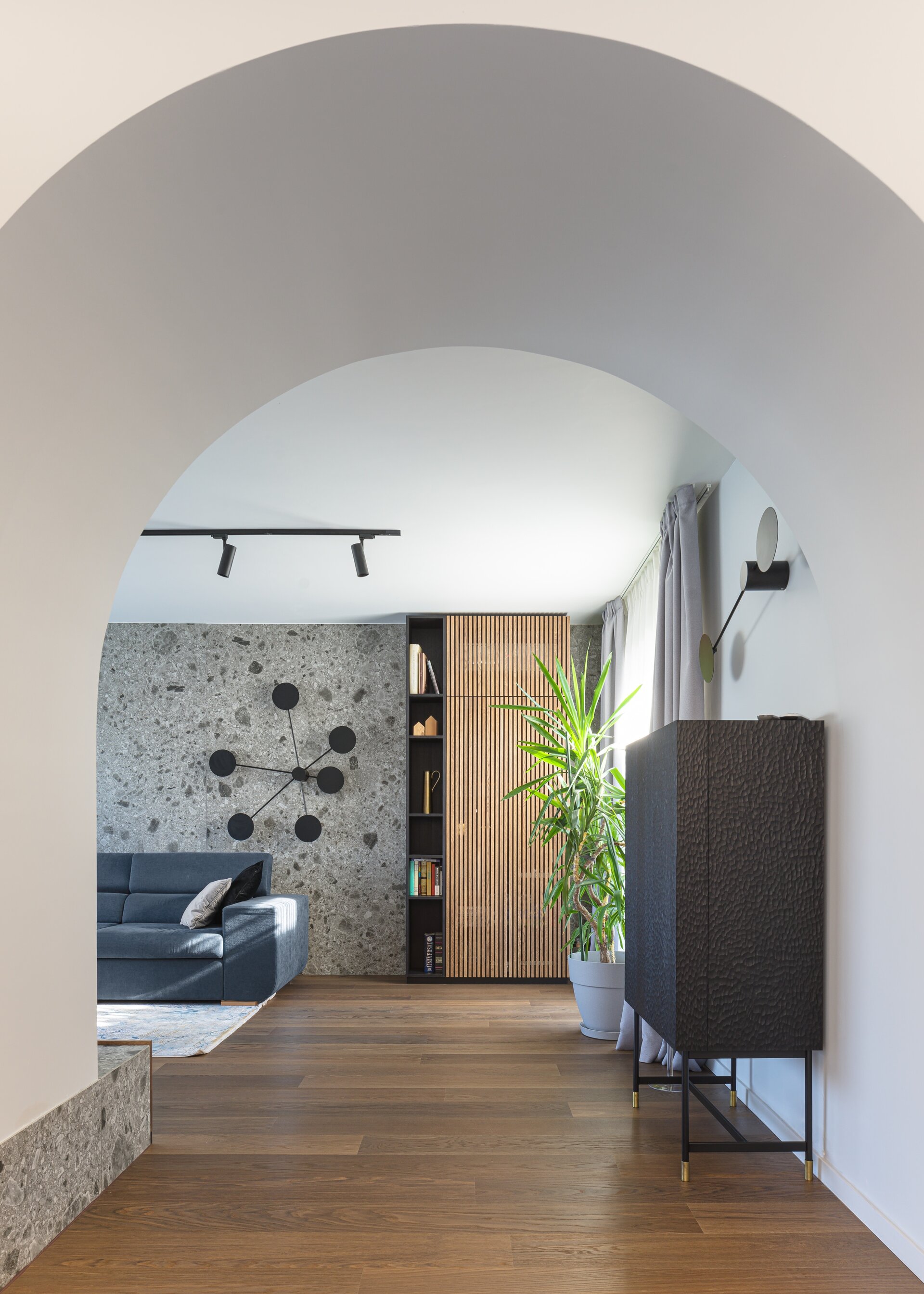 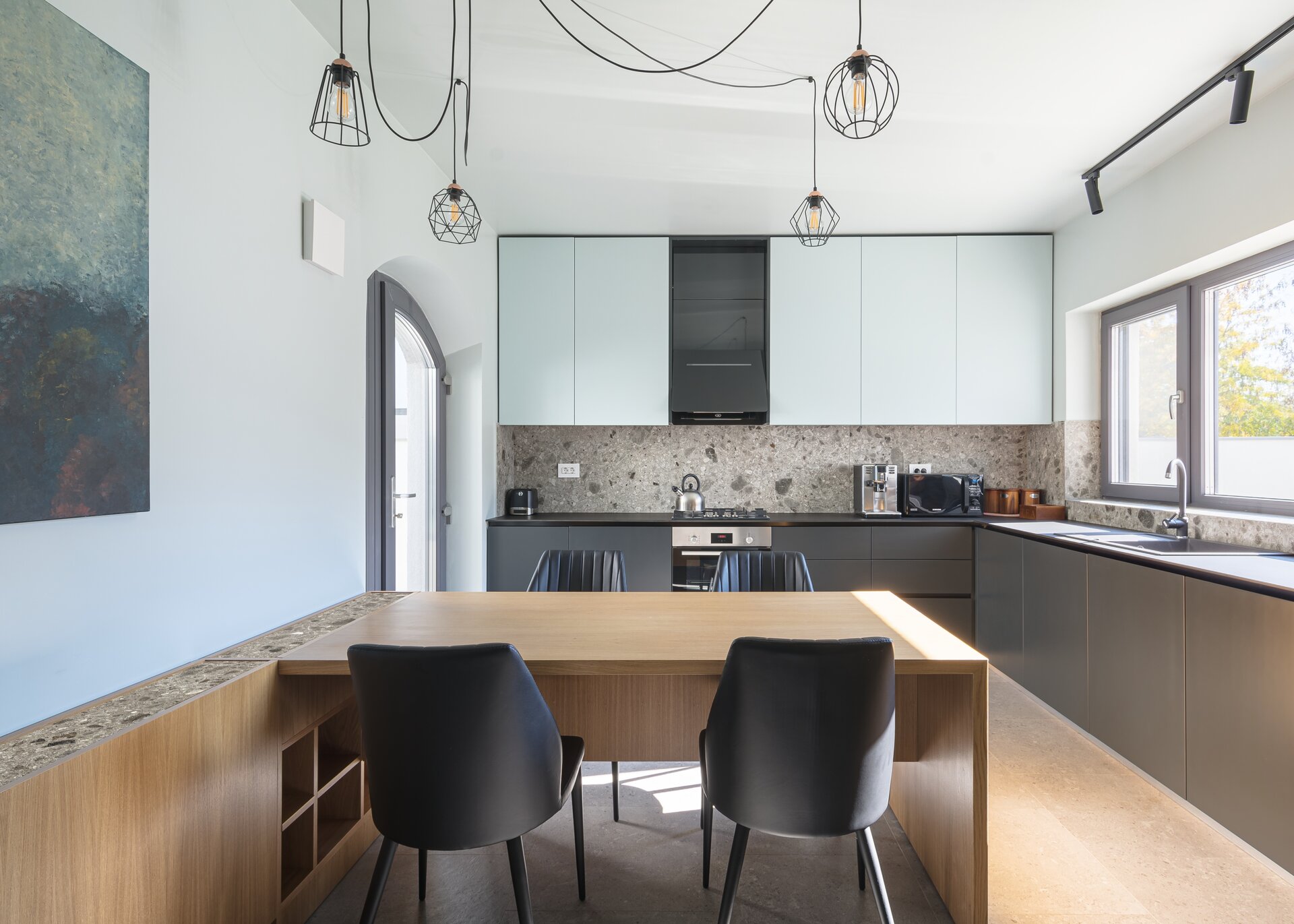 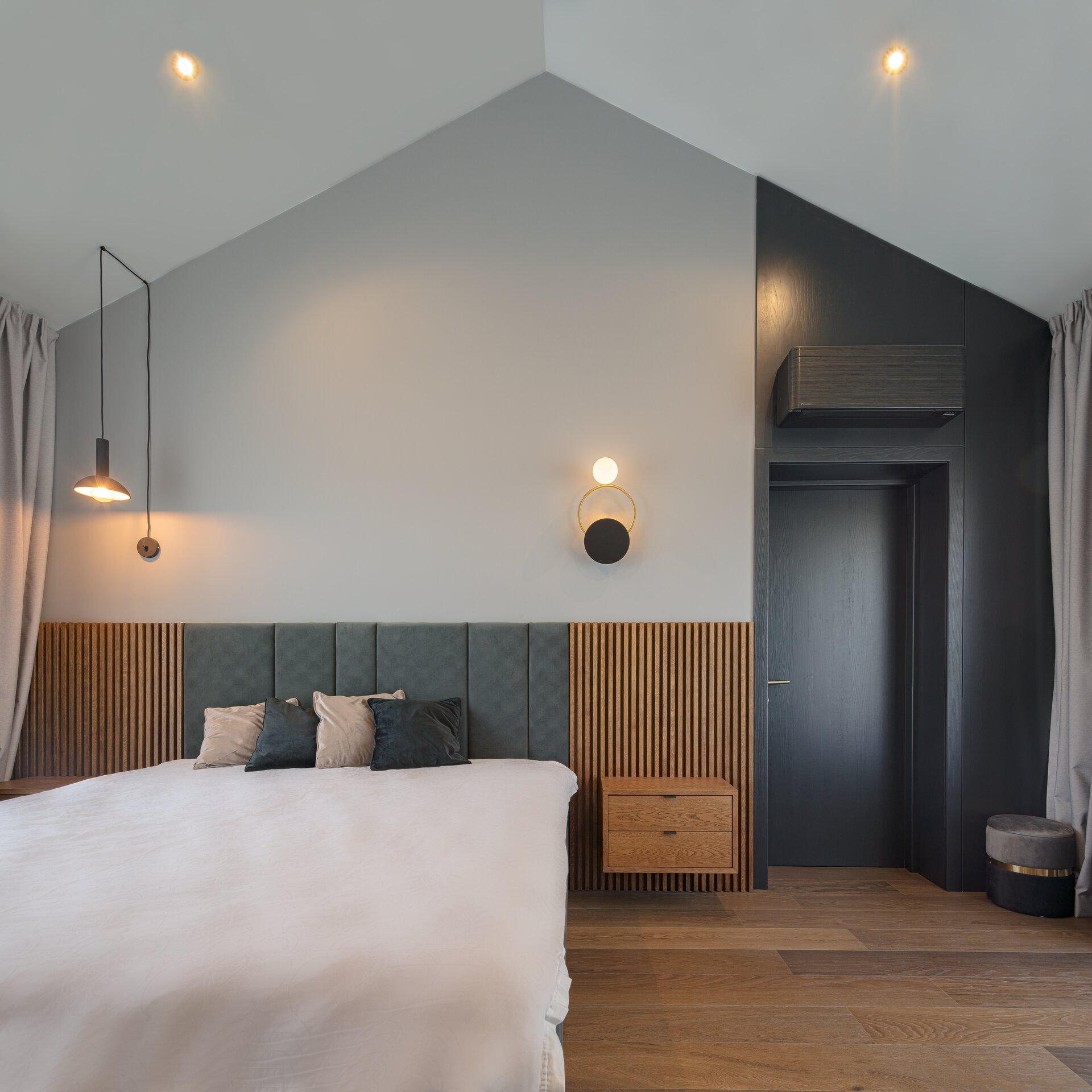 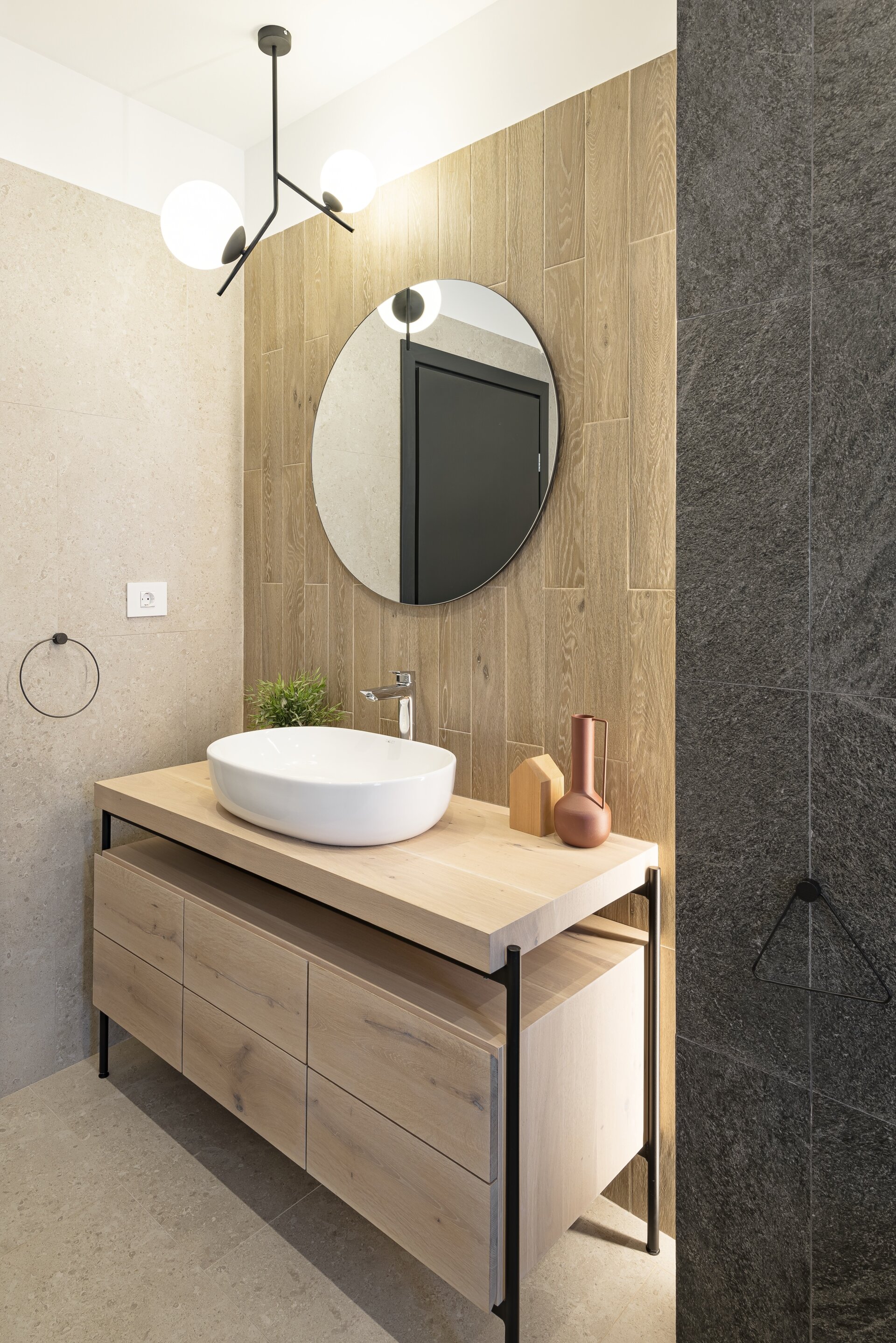 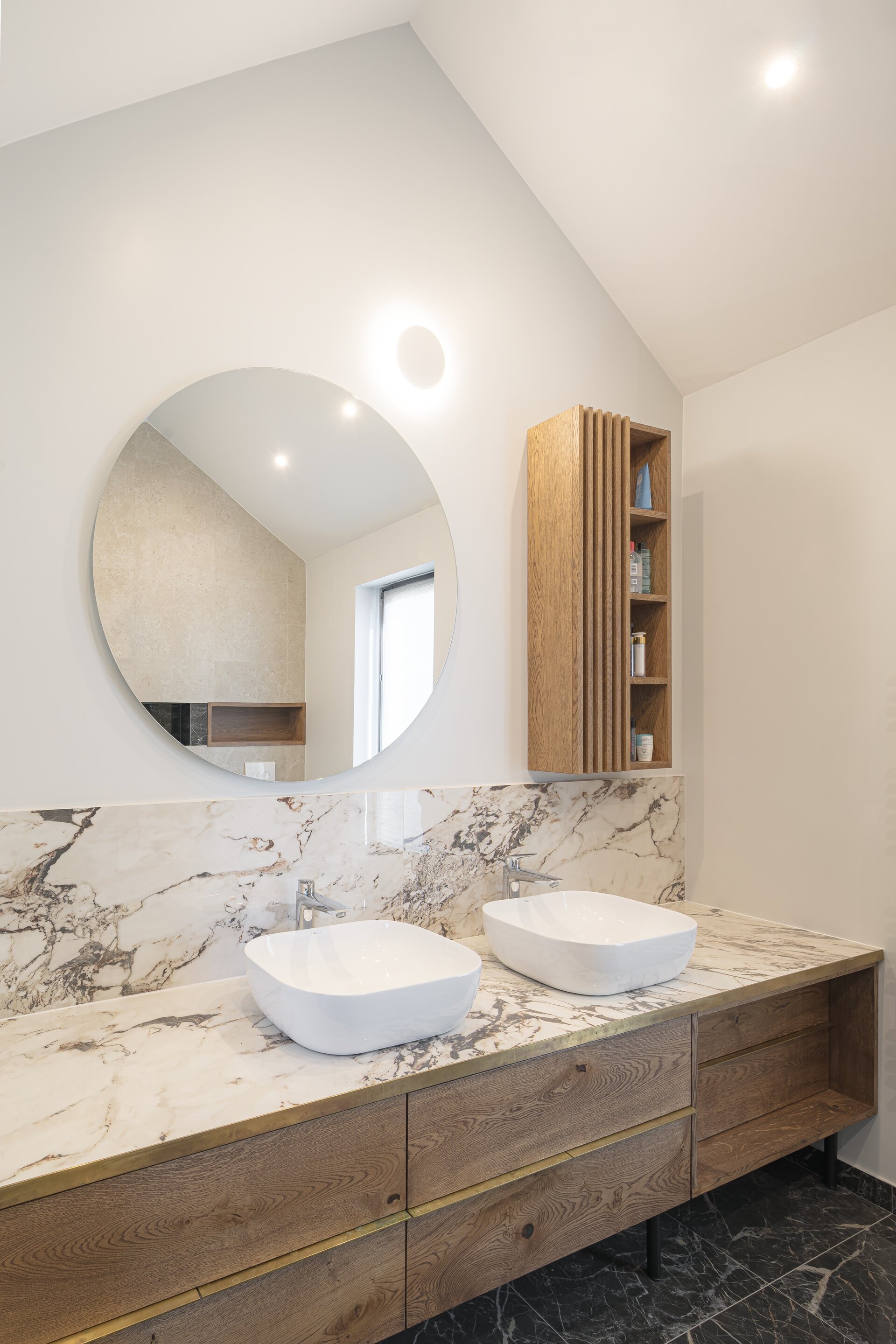