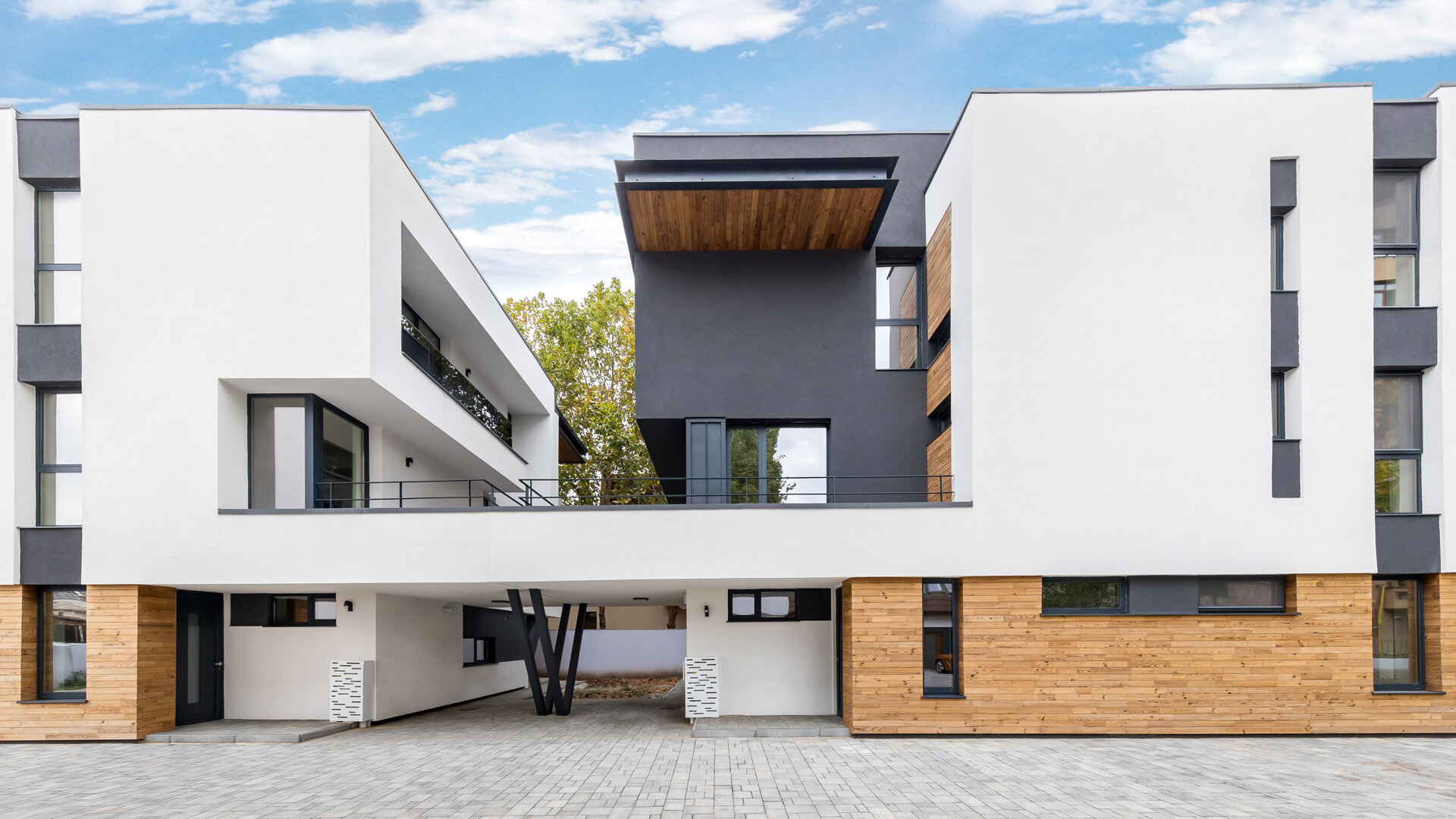 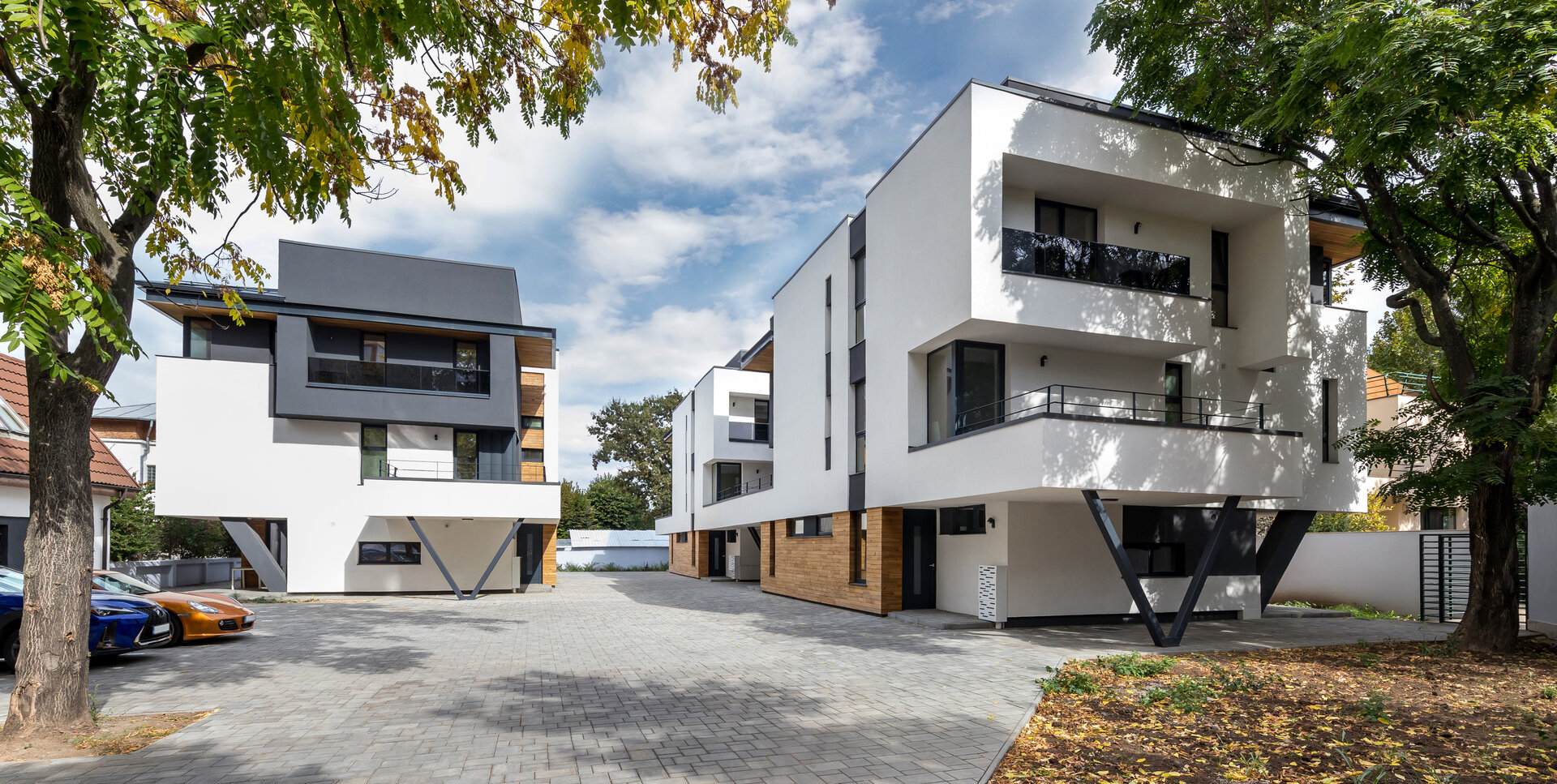 Our project is located in an urban space, characterized by a chaotic densification, with an eclectic neighborhood. The complex consists of six houses coupled two by two, complementing each other in expression and organization.
The houses are facing an inner courtyard that has the role of supporting interaction, being designed as a meeting place and permanent interaction. Thus, by creating two fronts of houses lined up along an inner roadway, the outer space is maximized, the houses having own back and side yards.
An important aspect in shaping the concept is the maintenance of existing trees, as a plant filter that gives privacy towards the street and ennobles the common space. We also proposed new green areas for meeting and discussion to support the existing ones.
The uniform, linear and repetitive urban image characteristic of this type of housing is improved by dynamic volumetry, horizontal and vertical registers, local wood cladding and gray decorative plaster, thus generating a varied and, at the same time, coherent image of the entire complex.
From a functionality point of view, the houses have four rooms, distributed on three levels: the day area on the ground floor, the night area upstairs, and the last level of a hobby and creative activities area. The ground floor is closely connected with the terrace and the backyard, which becomes an integral part of the living room, both visually, through transparencies and functionally through openings. 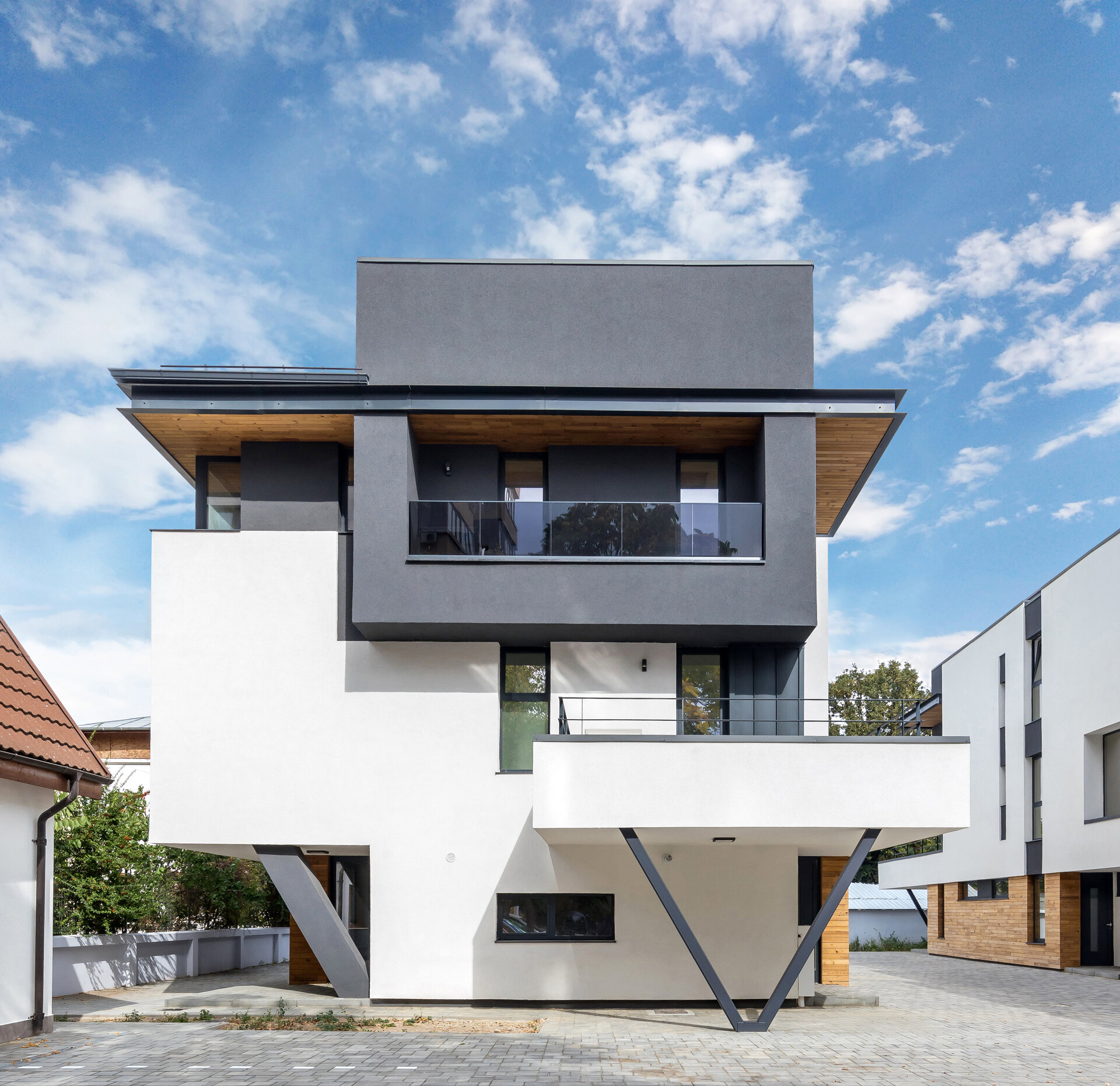 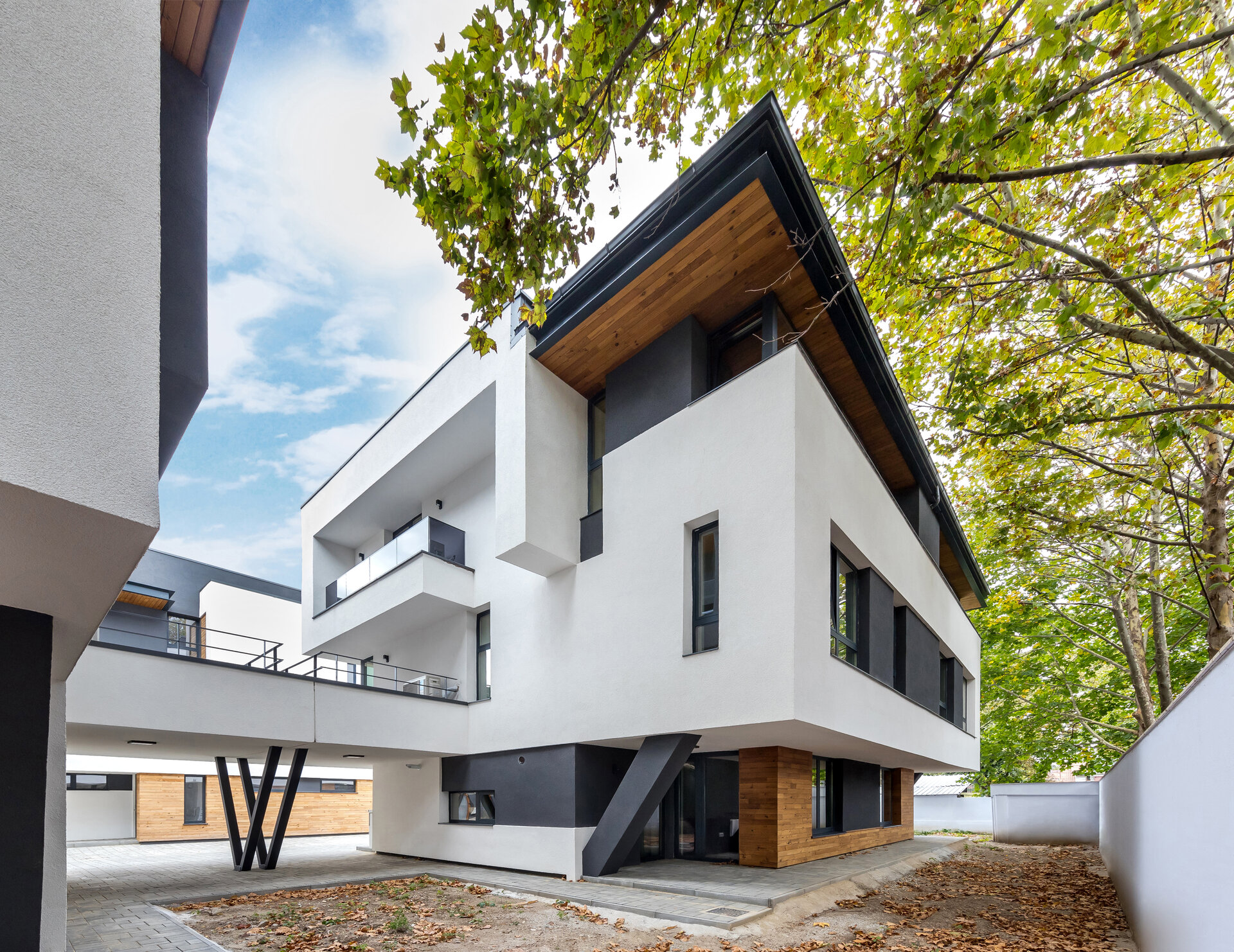 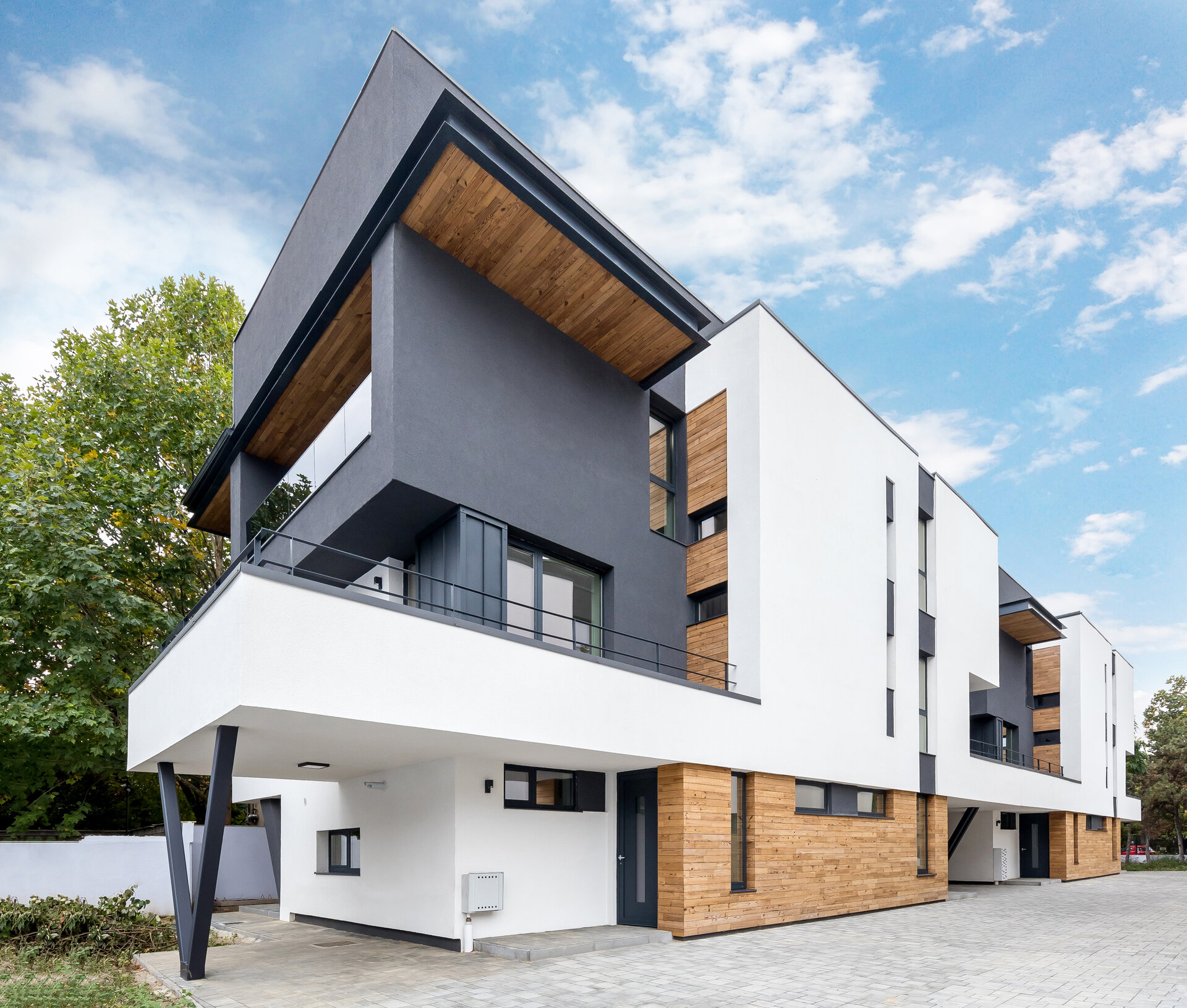 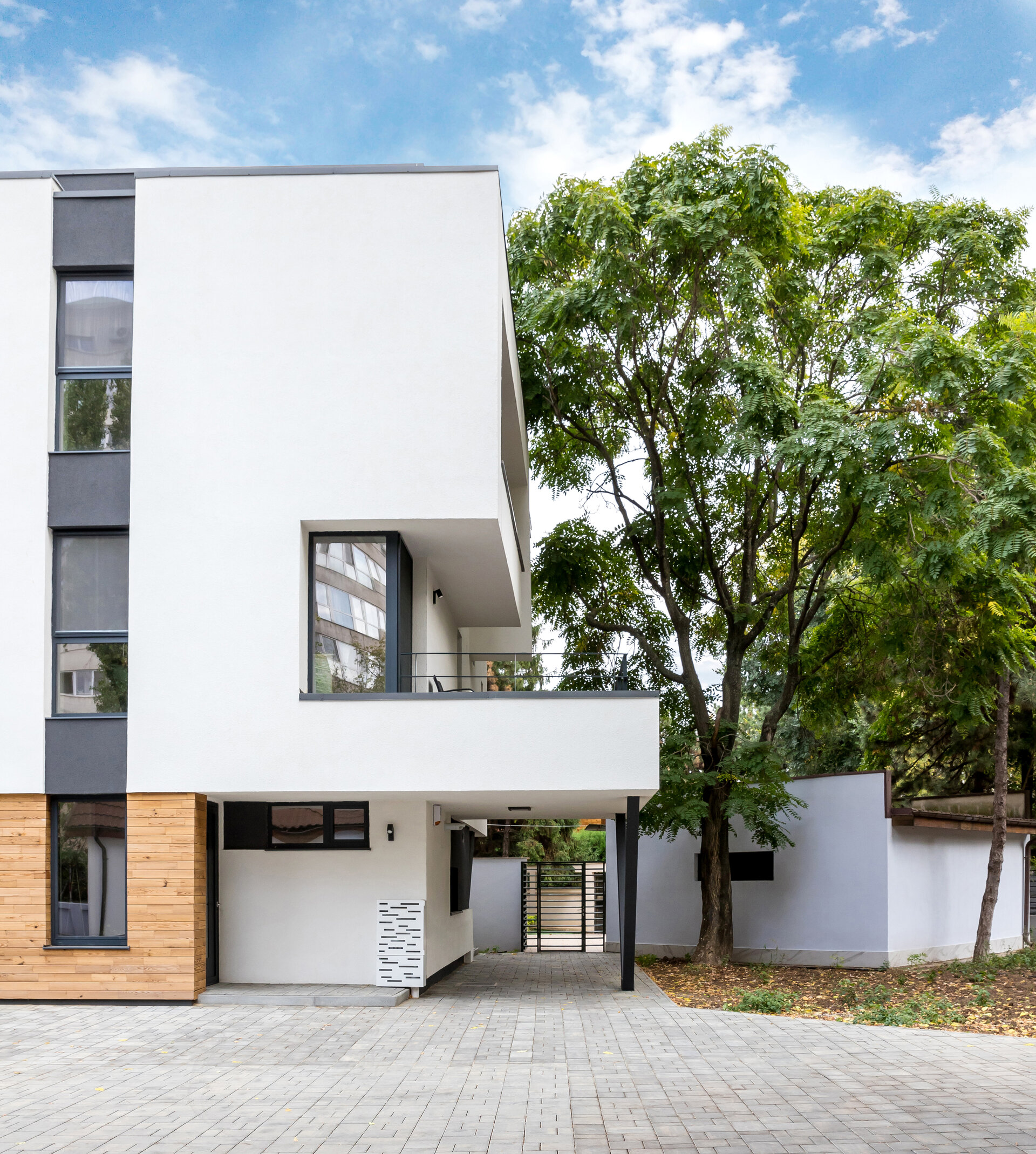 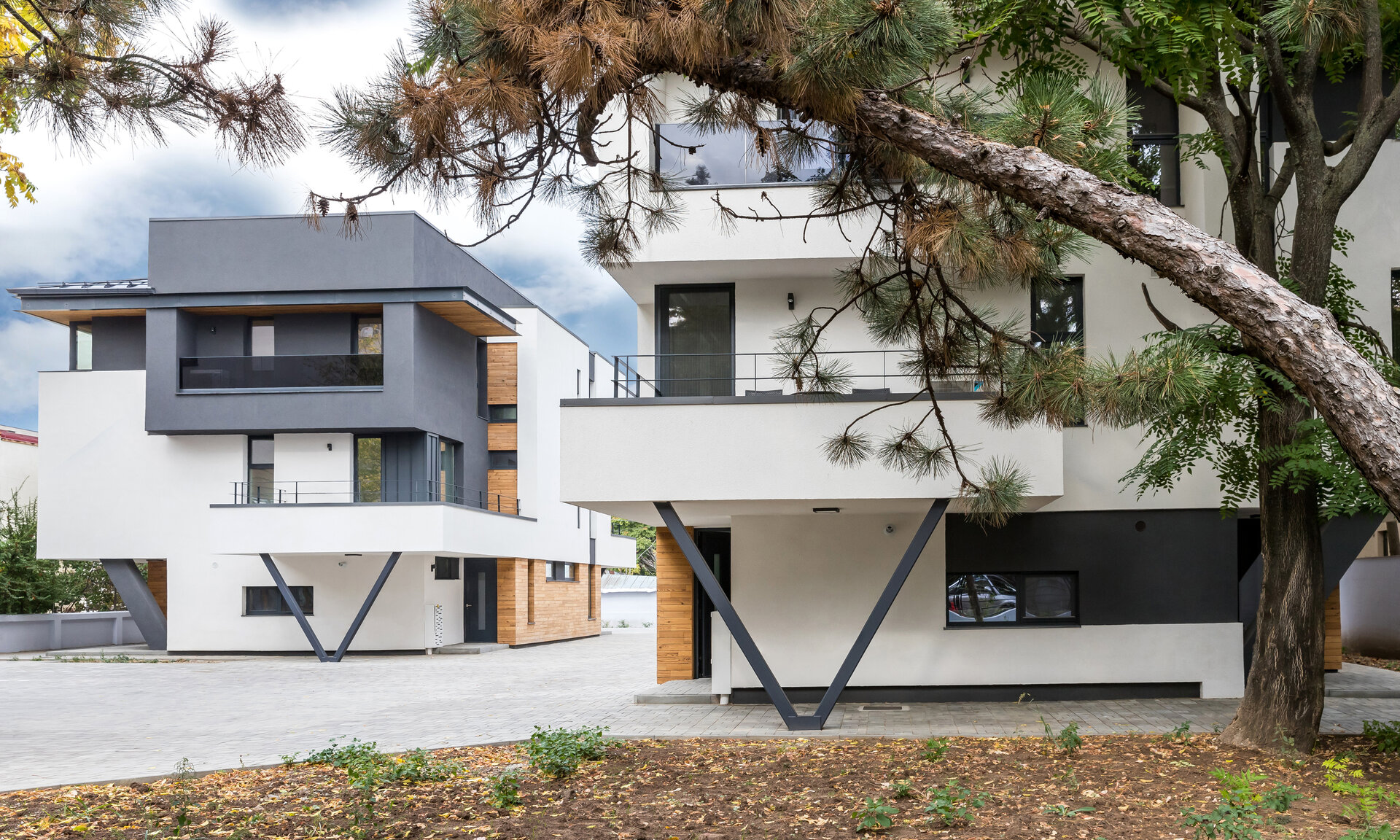 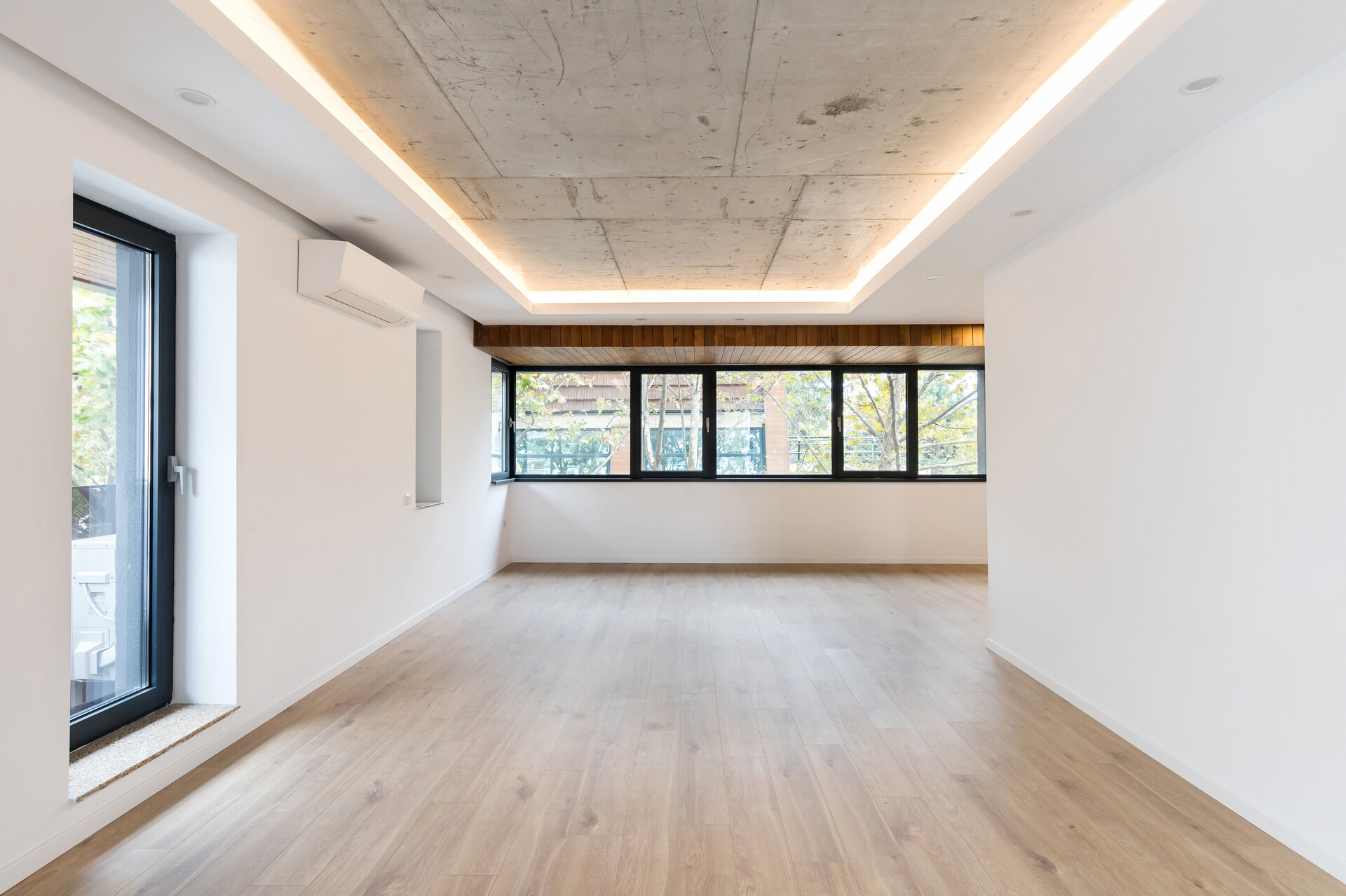 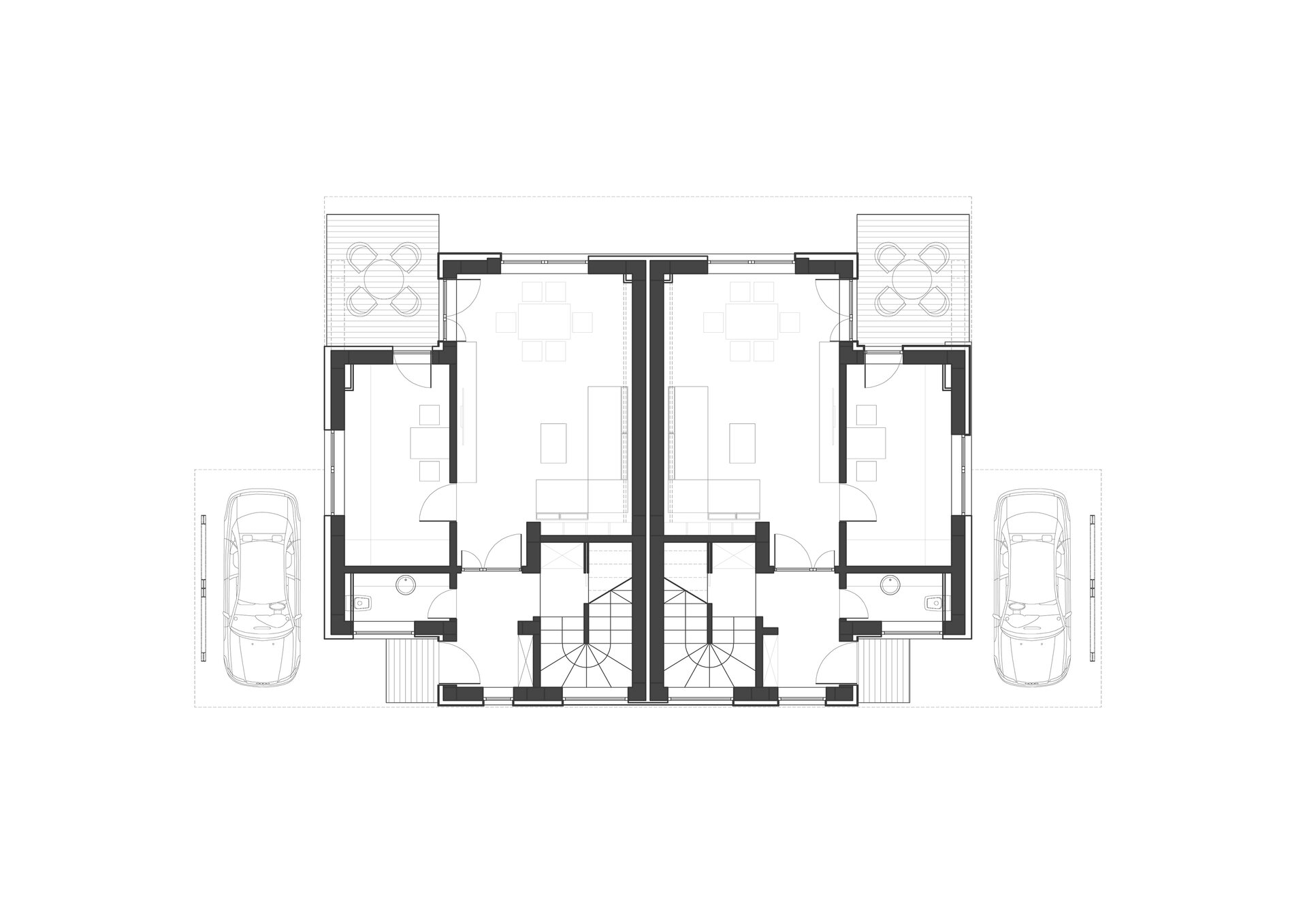 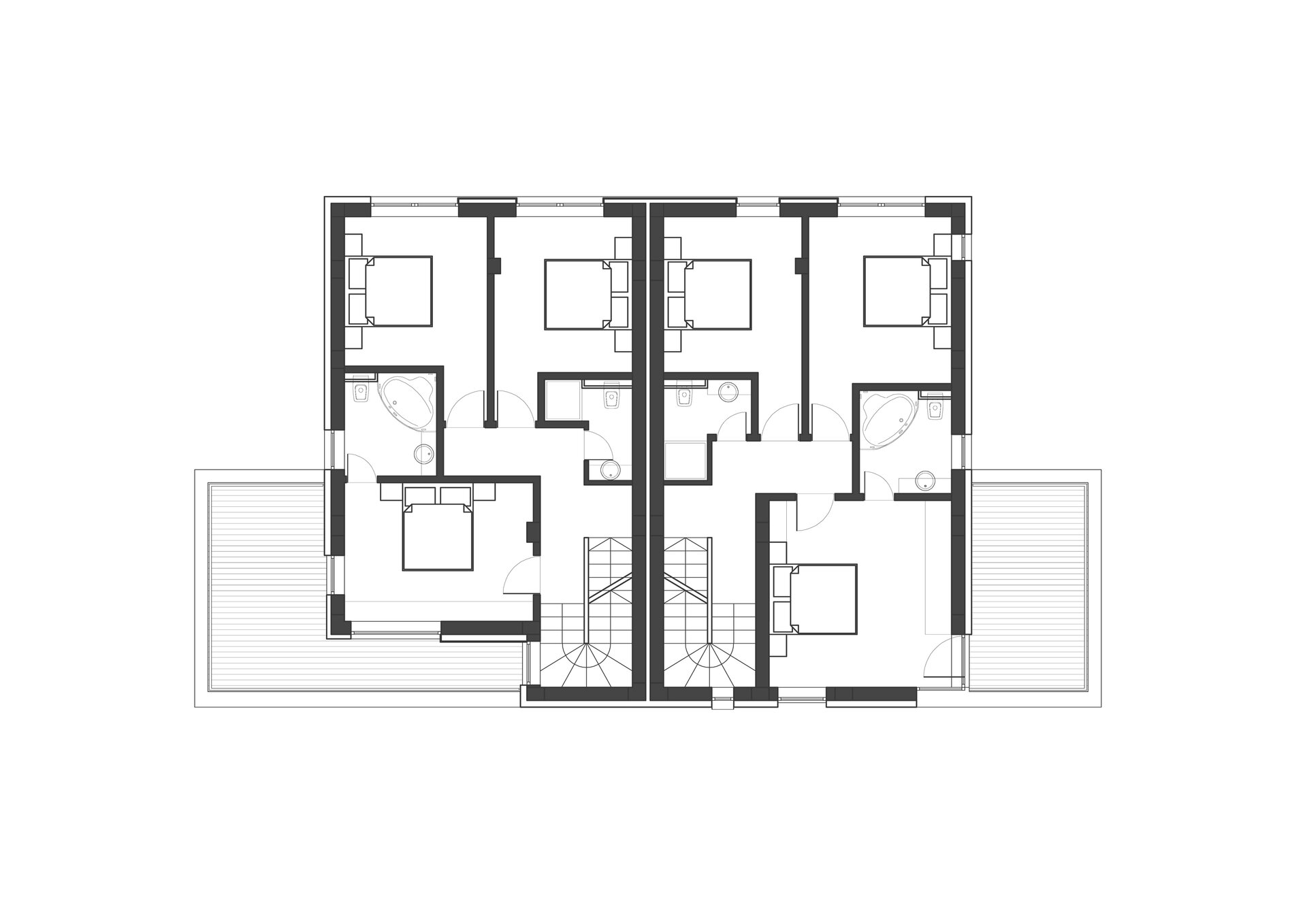 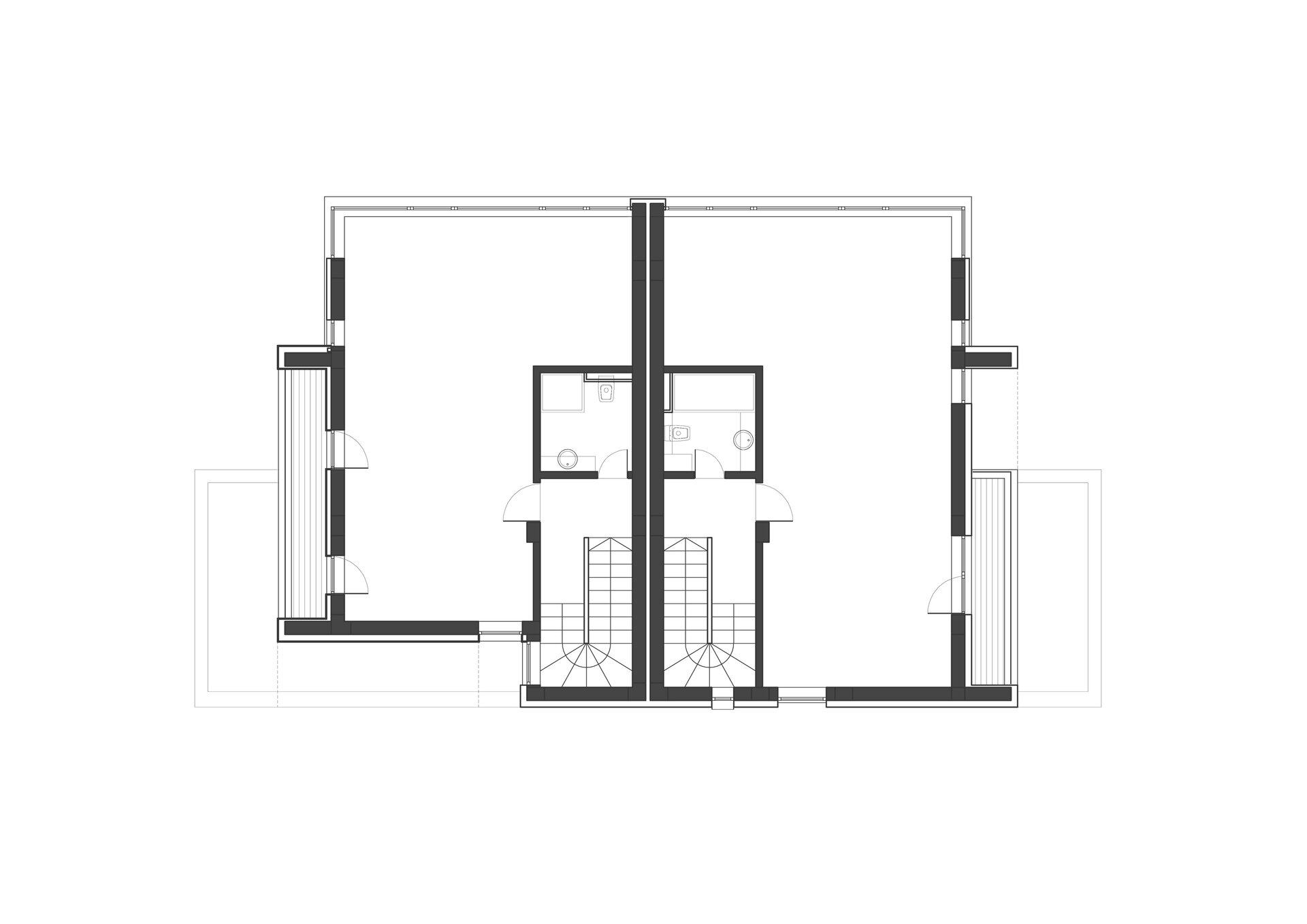