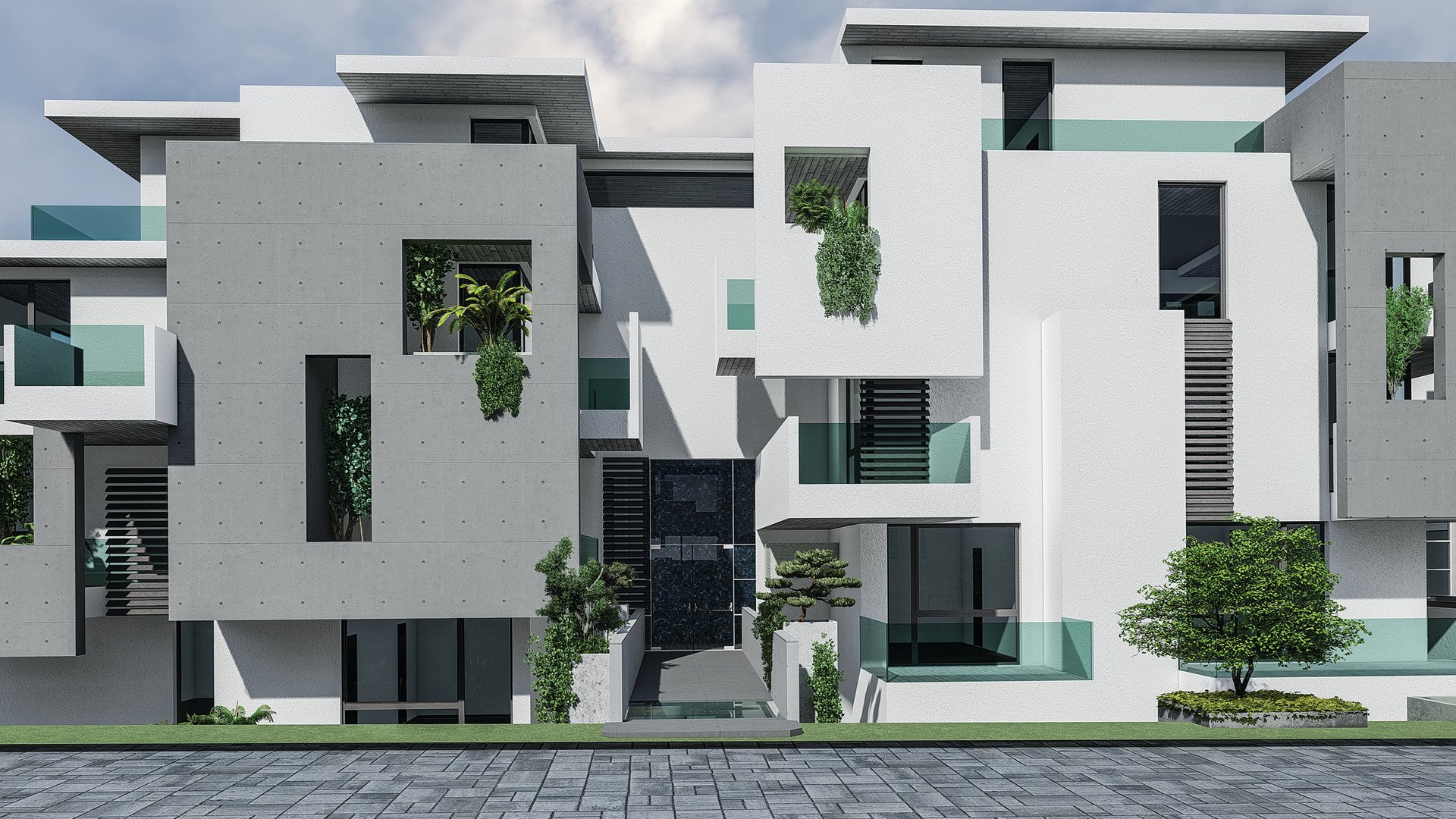 The concept defining the architectural solution implies designing the private spaces at the scale of the living units while being integrated into a low-rise collective housing. The apartments with 2, 3 and 4 rooms provide a high standard of comfort within a varied approach of the layout. Submerging the gardens to the semi-basement level and opening the first story to them fulfill the requires of privacy as the access walkways are suspended above. The private space is protected by thin diaphragms doubling the exterior enclosing walls while relating with the vegetal element, a supplementary threshold. The symbiosis between these elements defines the image of an urban sculpture while harmonizing with the entire ensemble.