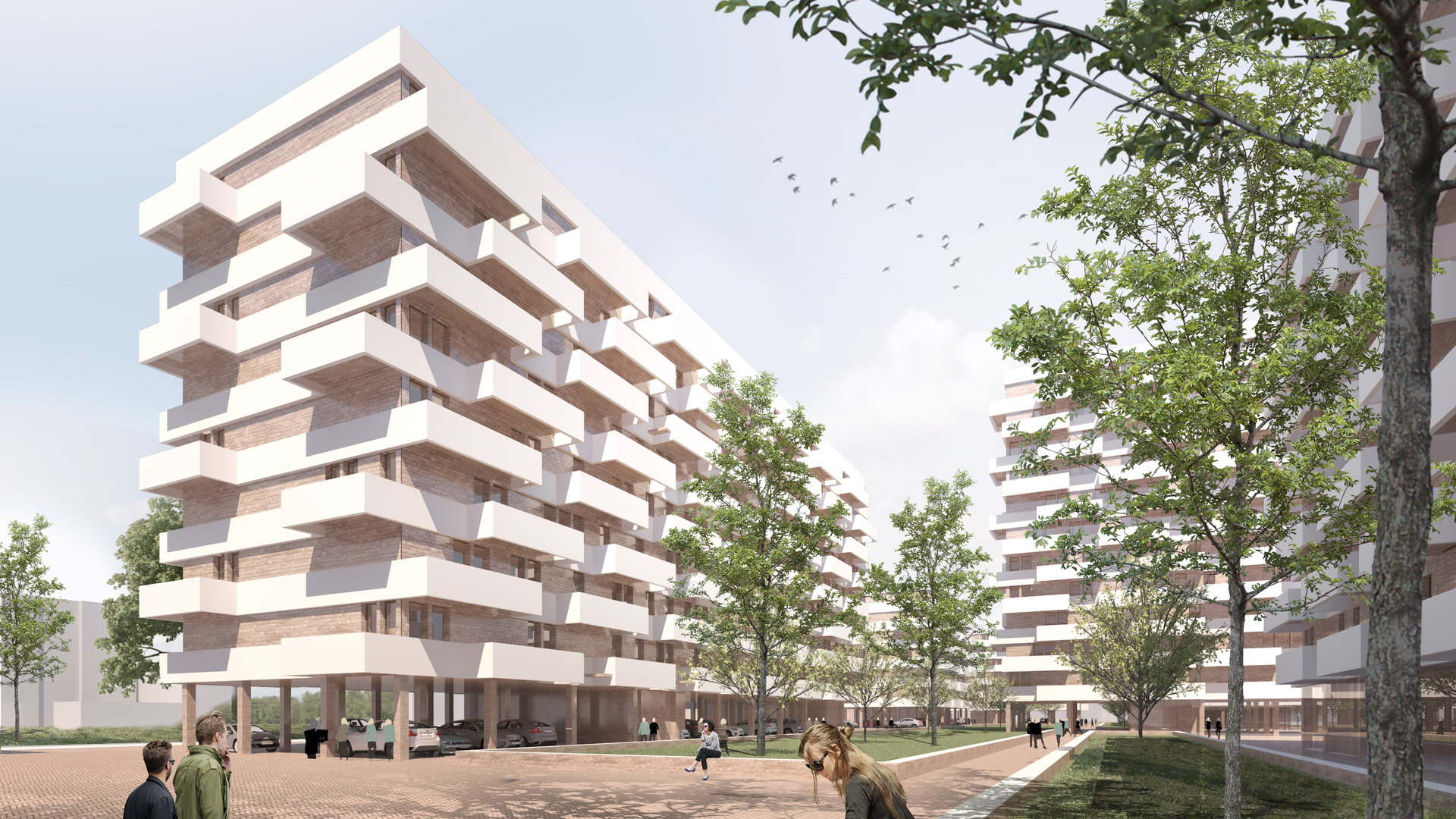 Just as bricks are placed piece by piece in a masonry, such can apartments build a sculptural image in a residential ensemble. This, as well as the organization of buildings around a green interior courtyard, is our concept. The opportunity was the urban development proposed by the client, following the decommissioning of an industrial site. From the old factory, two brick constructions remain, which are to be integrated into a centrally located park, connected to the residential area. The motif of the unique repetitive element was utilised also in the structural concept by creating a structural module in various configurations. The fact that the plot was sold by the client, made it impossible for the project to evolve further than the stage of final project on schematic level.