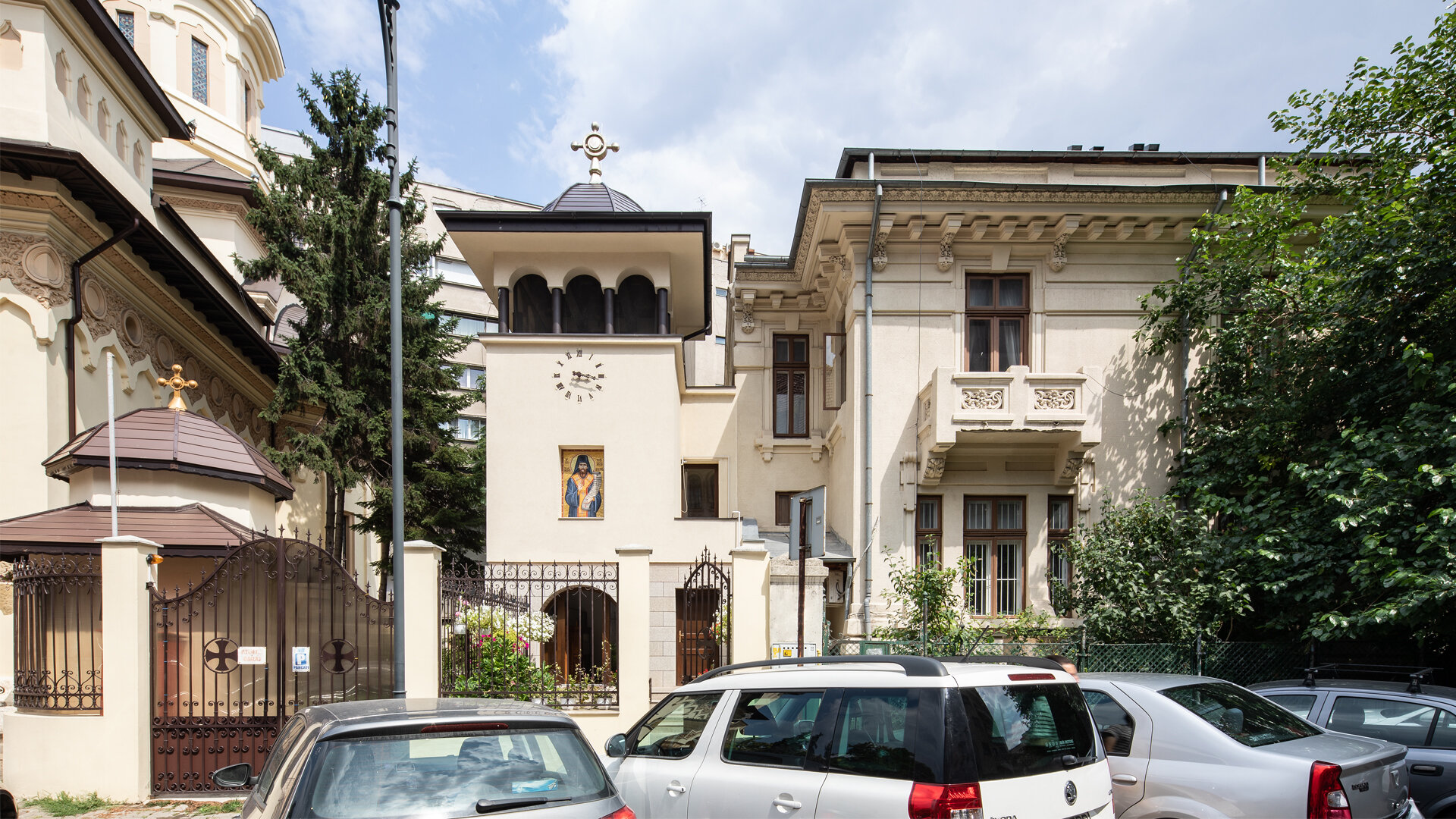 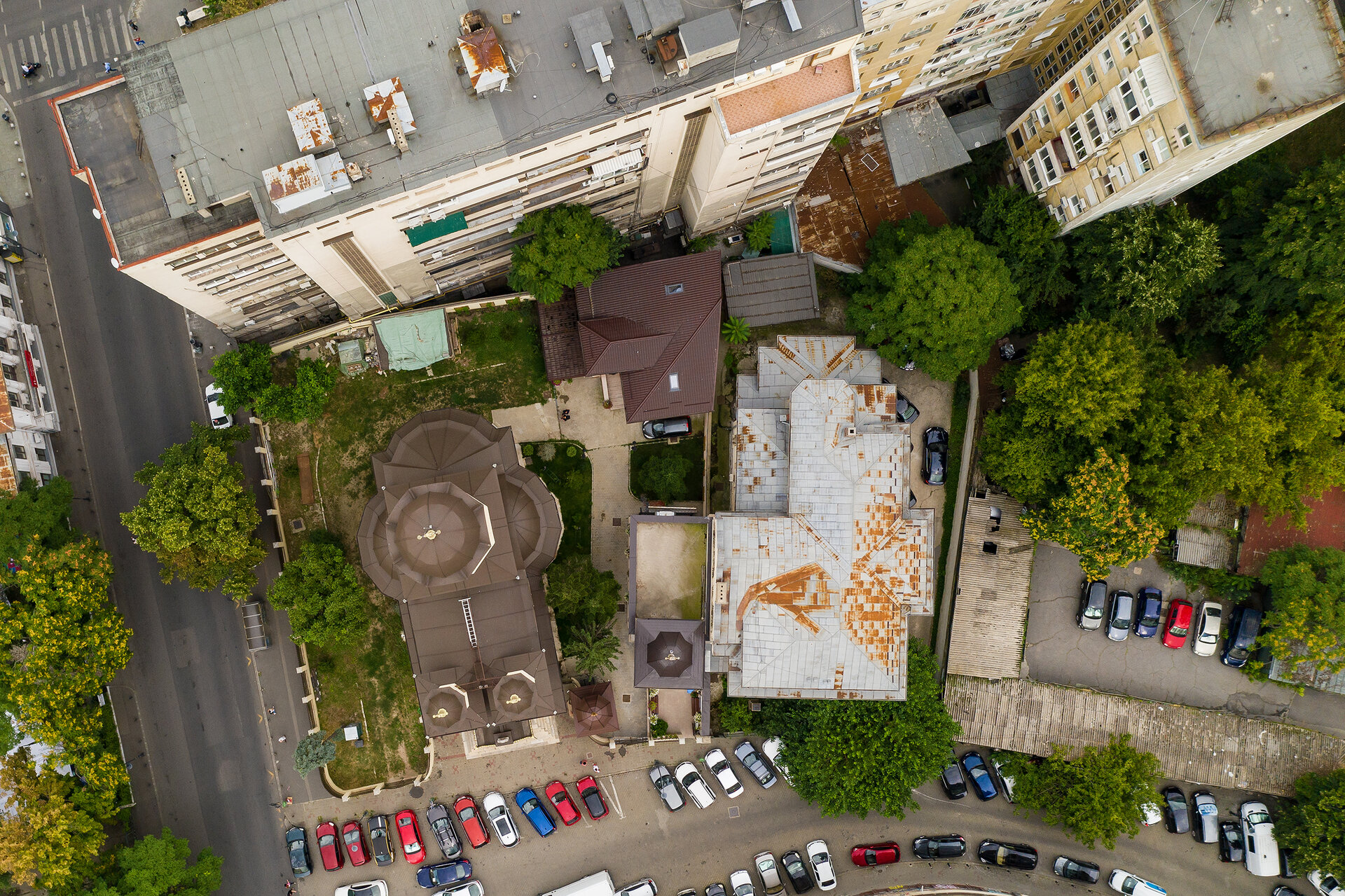 The Orthodox Church is one of the most controversial yet relevant and beloved public institutions in Romania.

”Boteanu-Ienii” Parish, situated in the very heart of Bucharest, needed a new bell tower to replace the old and humble wooden one dating from the end of the 19th century, and for several other contradictory spaces to be sheltered under the same roof. Moreover, the only available location was an equally challenging one: very small, sharing the same courtyard with the church itself and with the priest’s house, and attached to the blind wall of a fin-de-siècle house existing on the neighboring plot.

Beside all these, the design proposal had to meet not only a set of very strict urban regulations due to the ultra-central position within the city and to the historical area demands, but also the internal approval protocols of the Orthodox Church administrative structures, known for their highly conservative views on ecclesiastical architecture.

Right after the end of the building works, the project started to be parasited by various interventions of a rather household nature: polycarbonate panels fixed behind the fence; an aesthetically aggressive and disproportioned candles' shelter; an electronic clock fixed on the facade; mosquito nets to close the bells' loggia and prevent the pigeons' access there; a huge plexiglas panel with the name of the institution serigraphed with archaic Romanian fonts on it, etc.

Even though - anticipating somehow that the household / administrative enthusiasm might suffocate the project some day, and taking some "precautions" from the very beginning - the building still manages to offer a relevant answer to the dilemma that haunts the ecclesiastical architecture today in Romania. 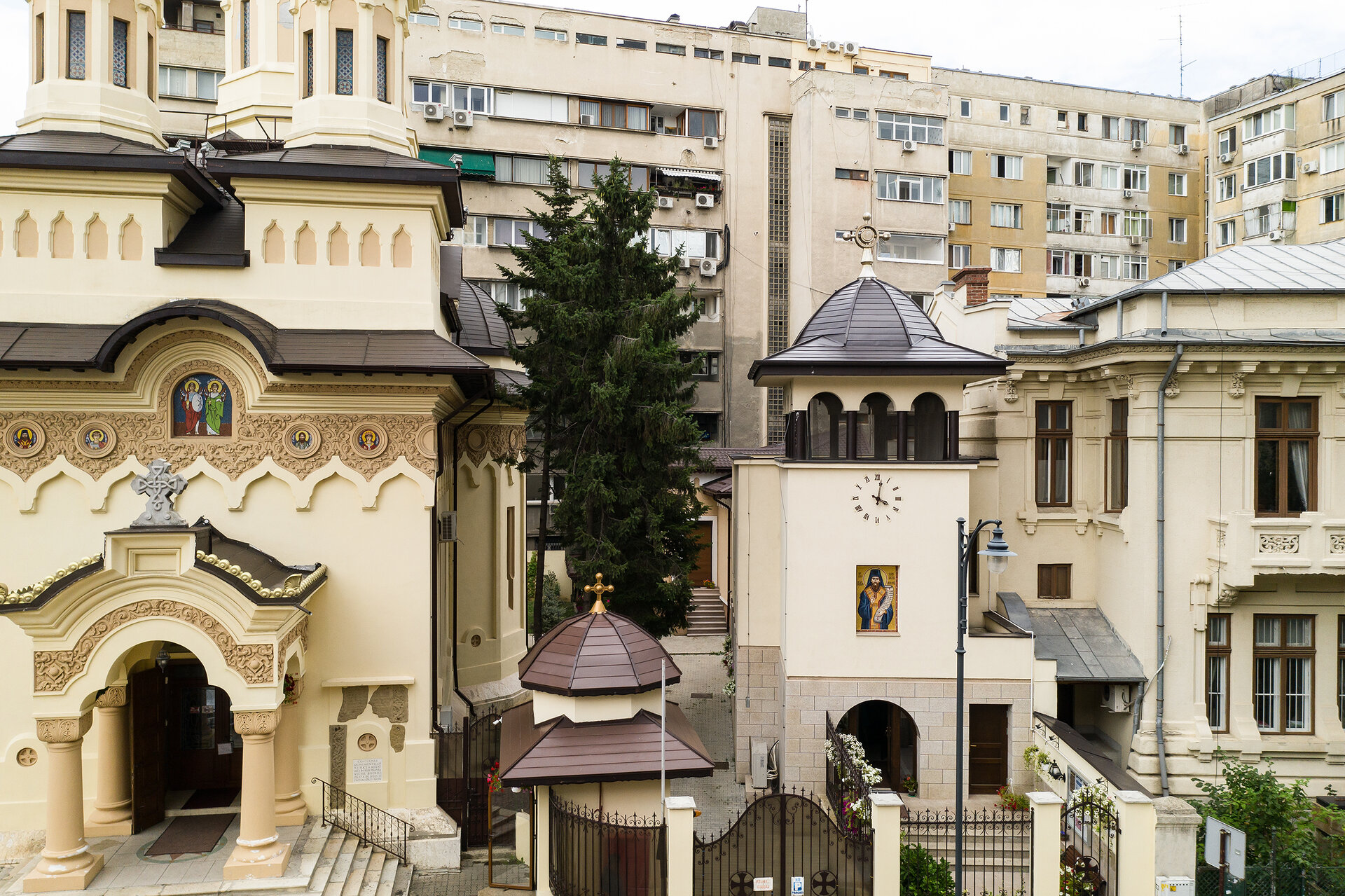 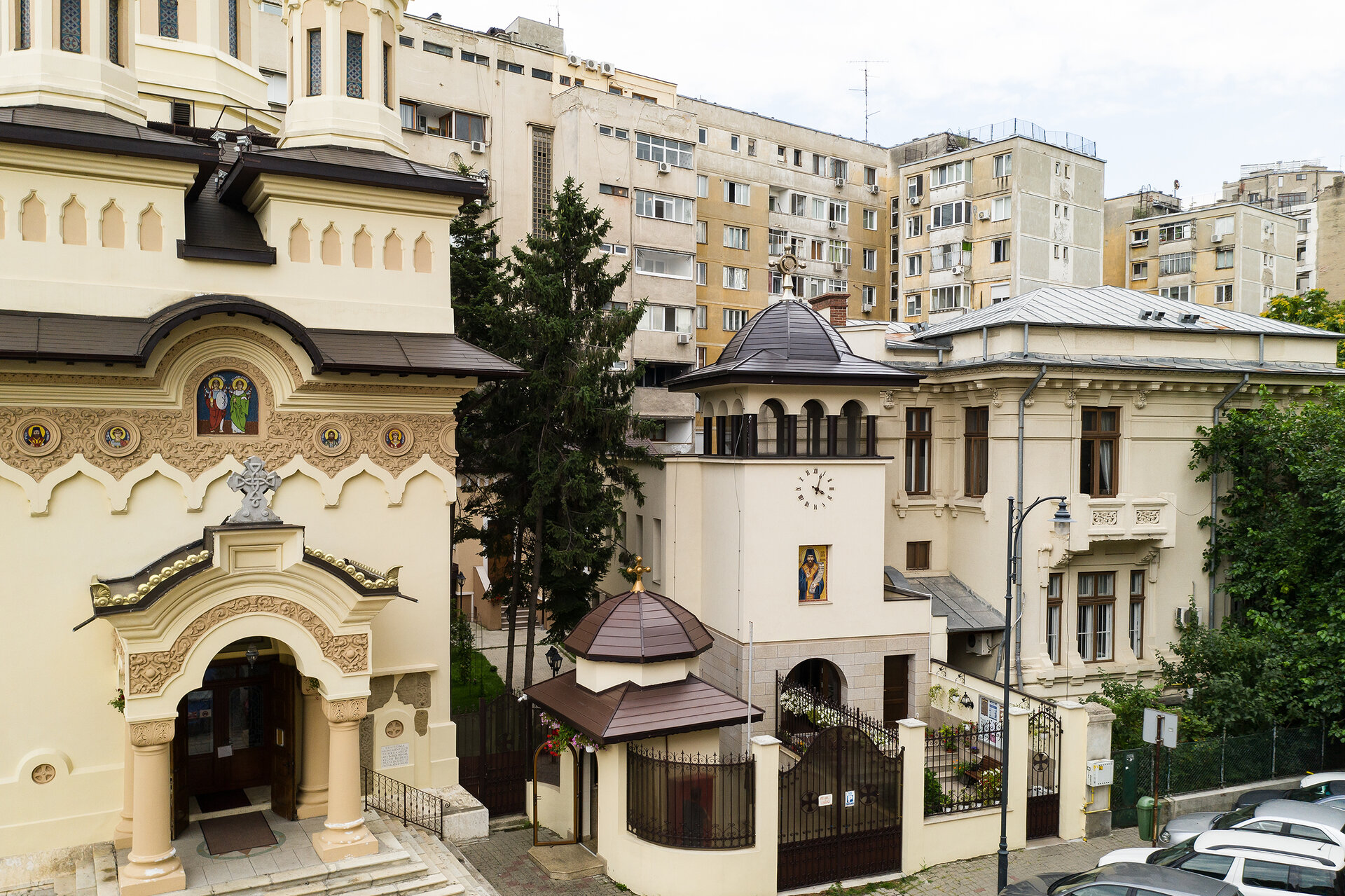 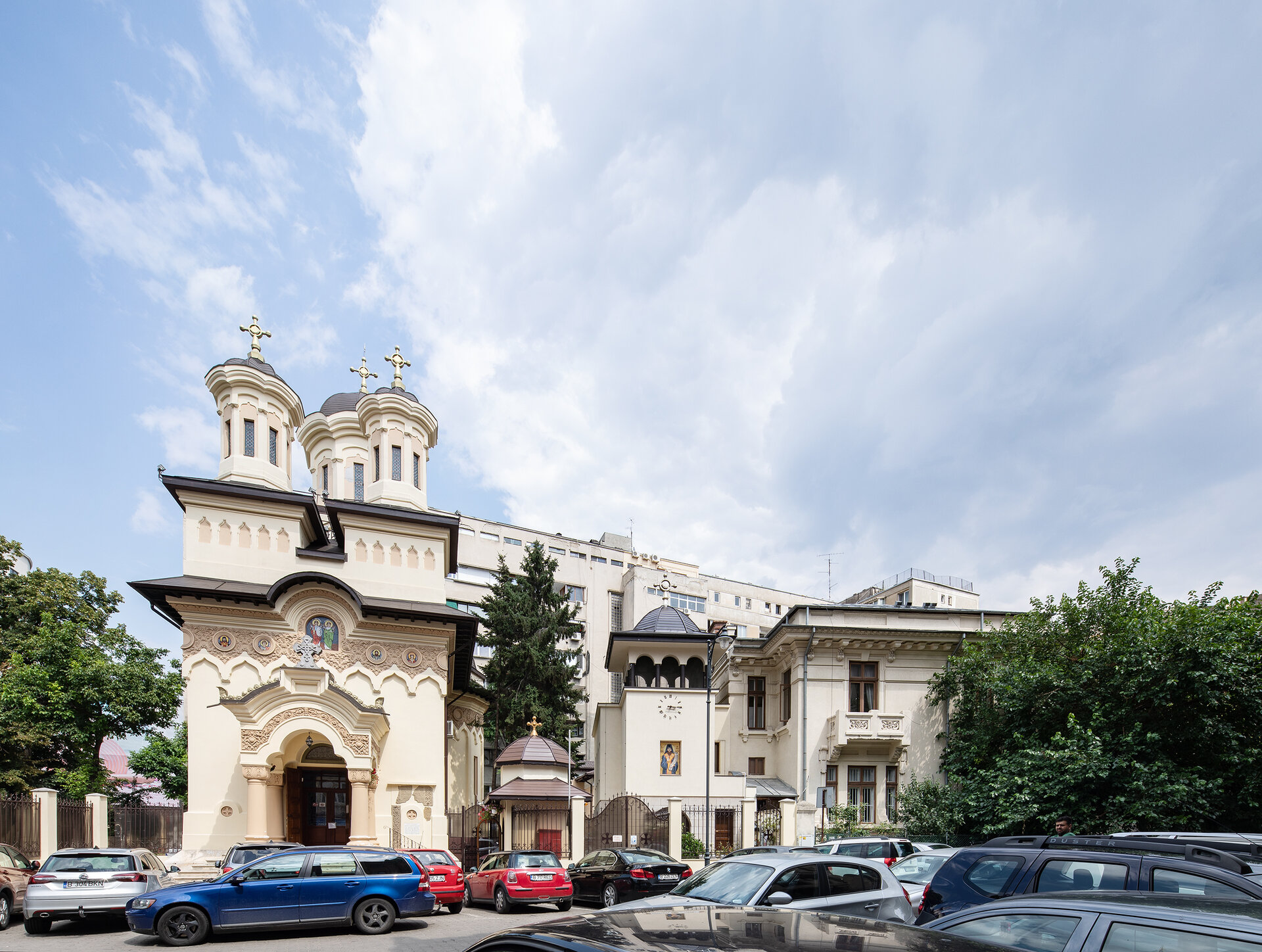 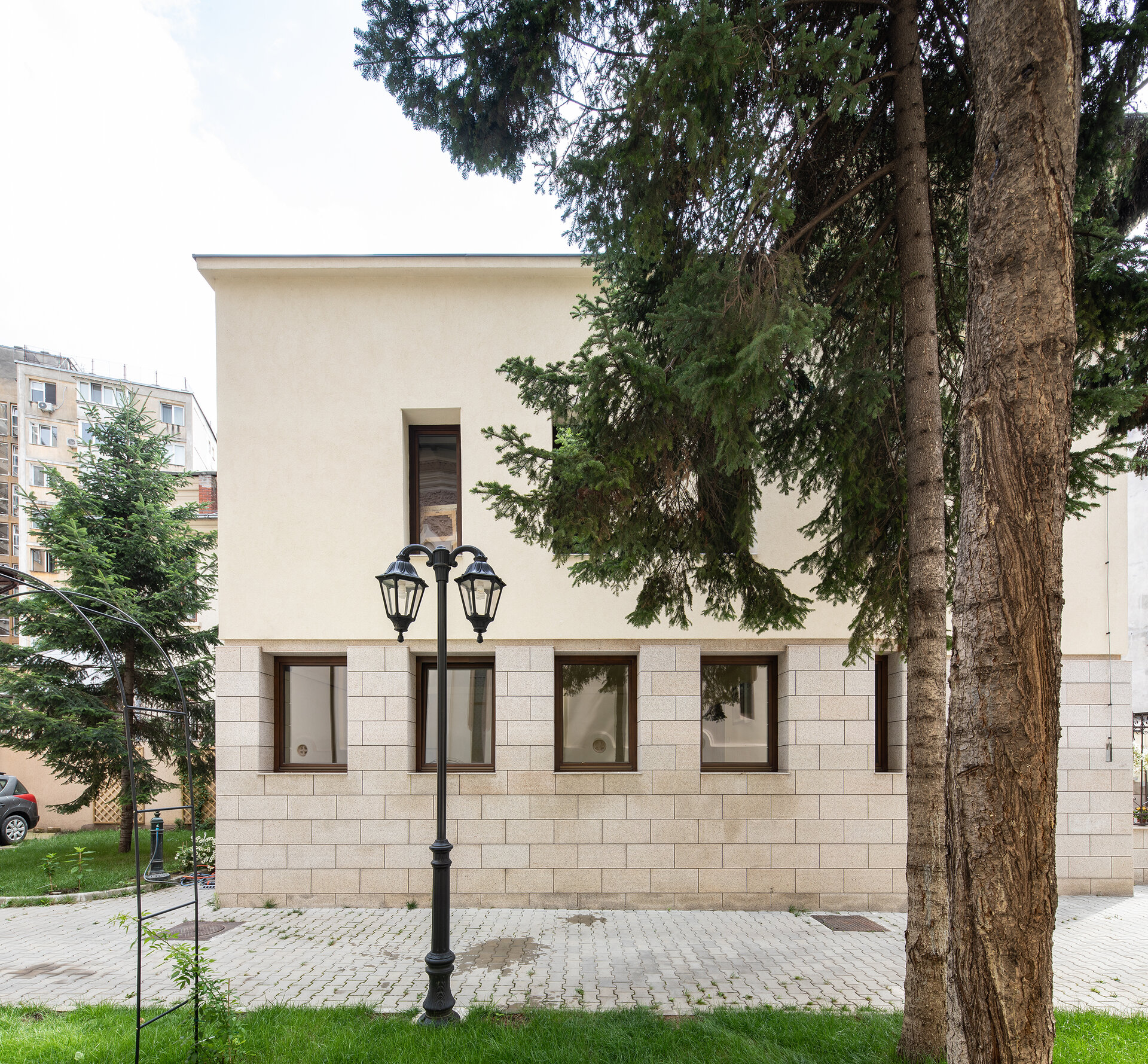 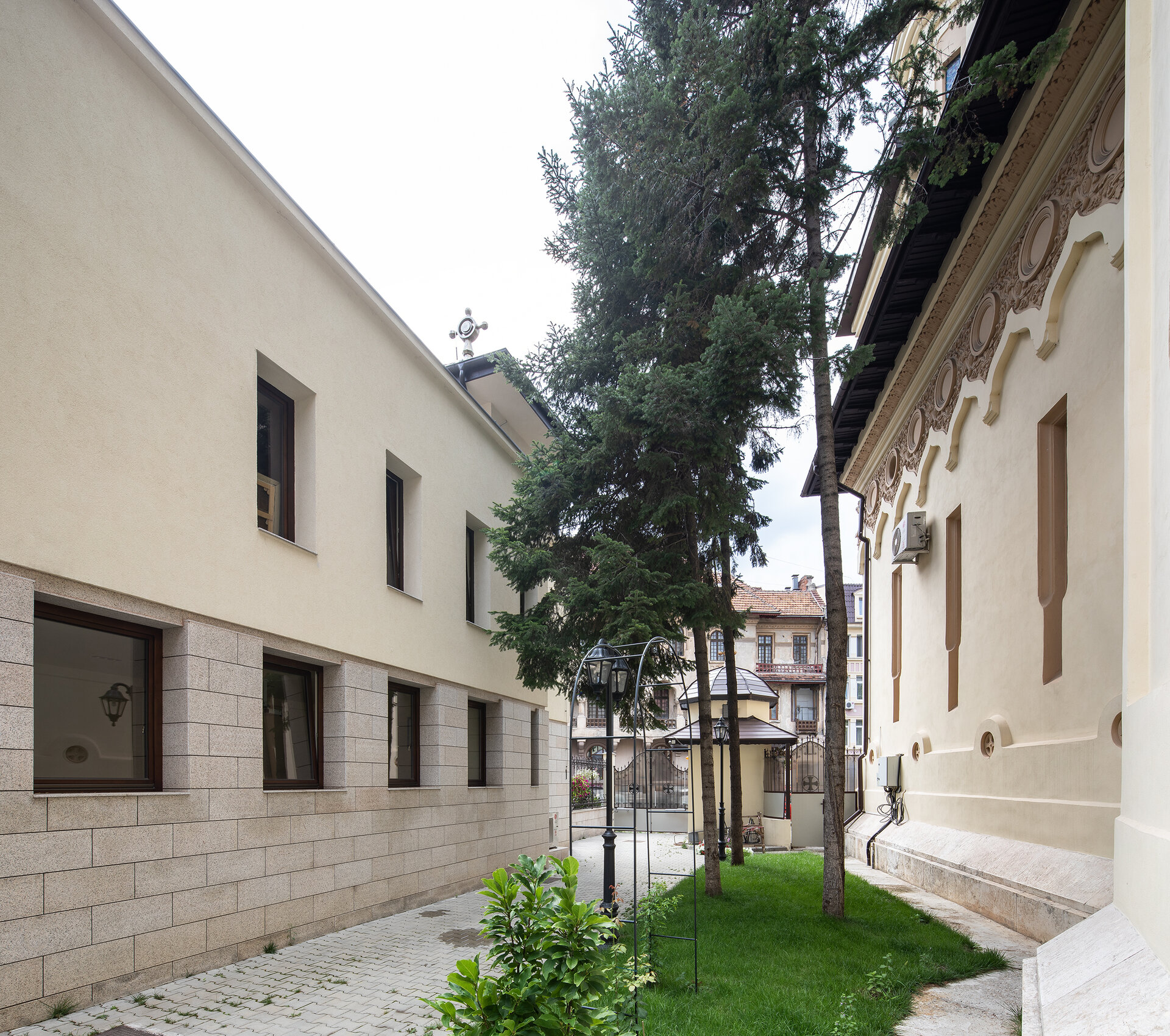 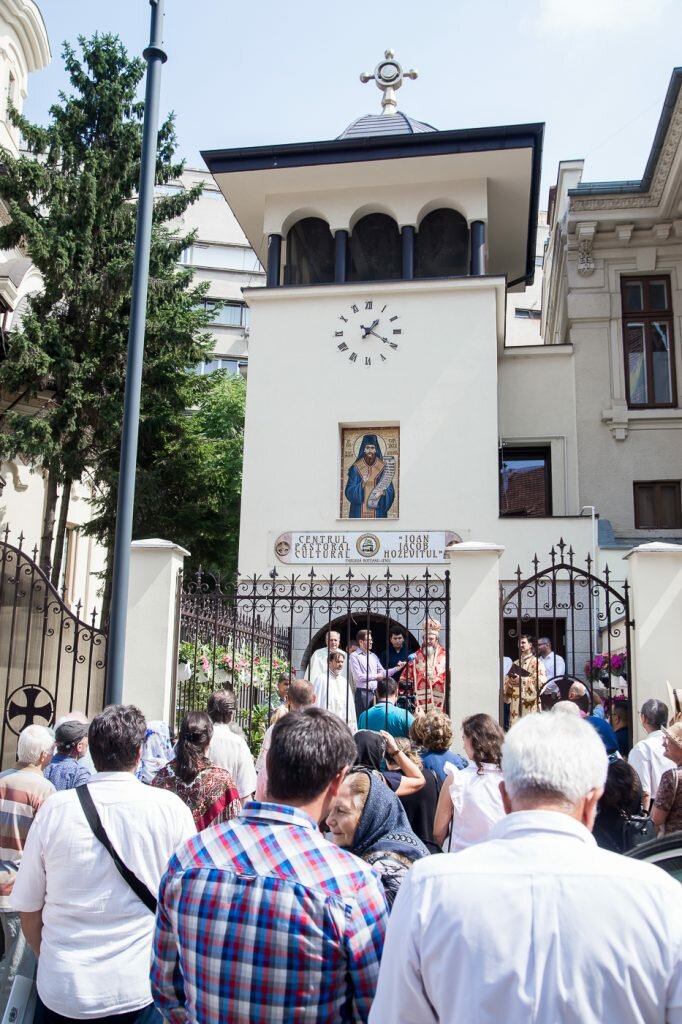 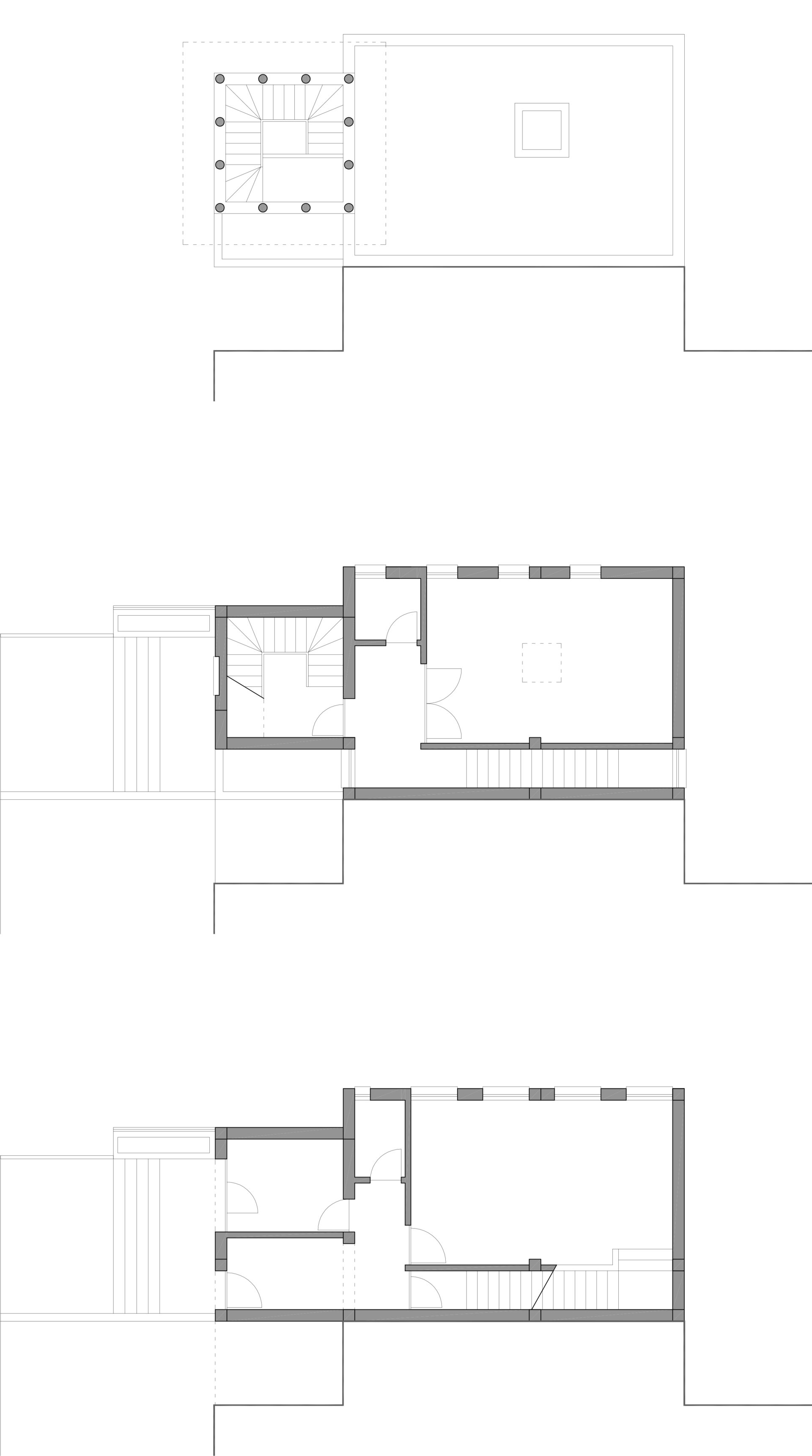