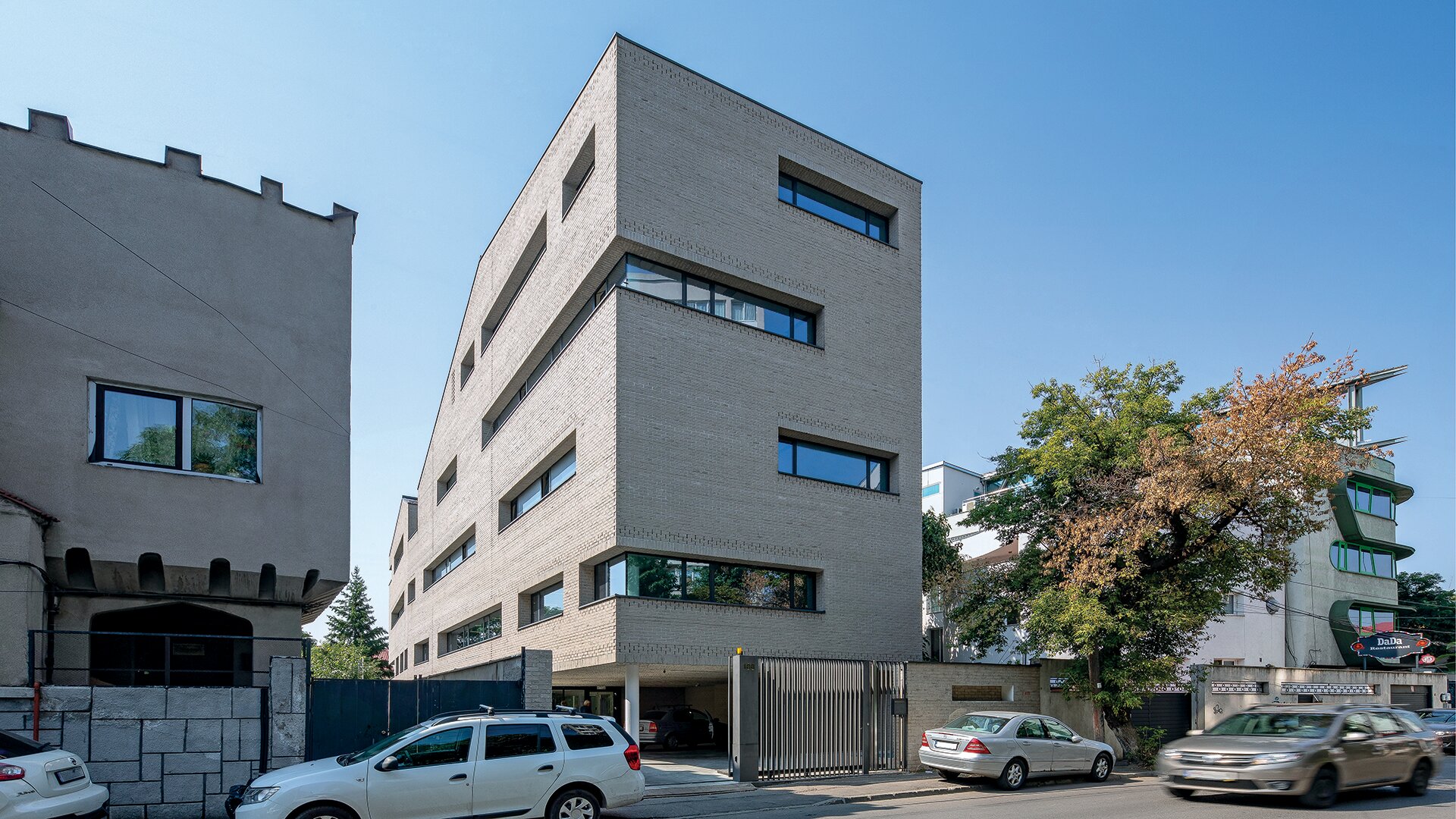 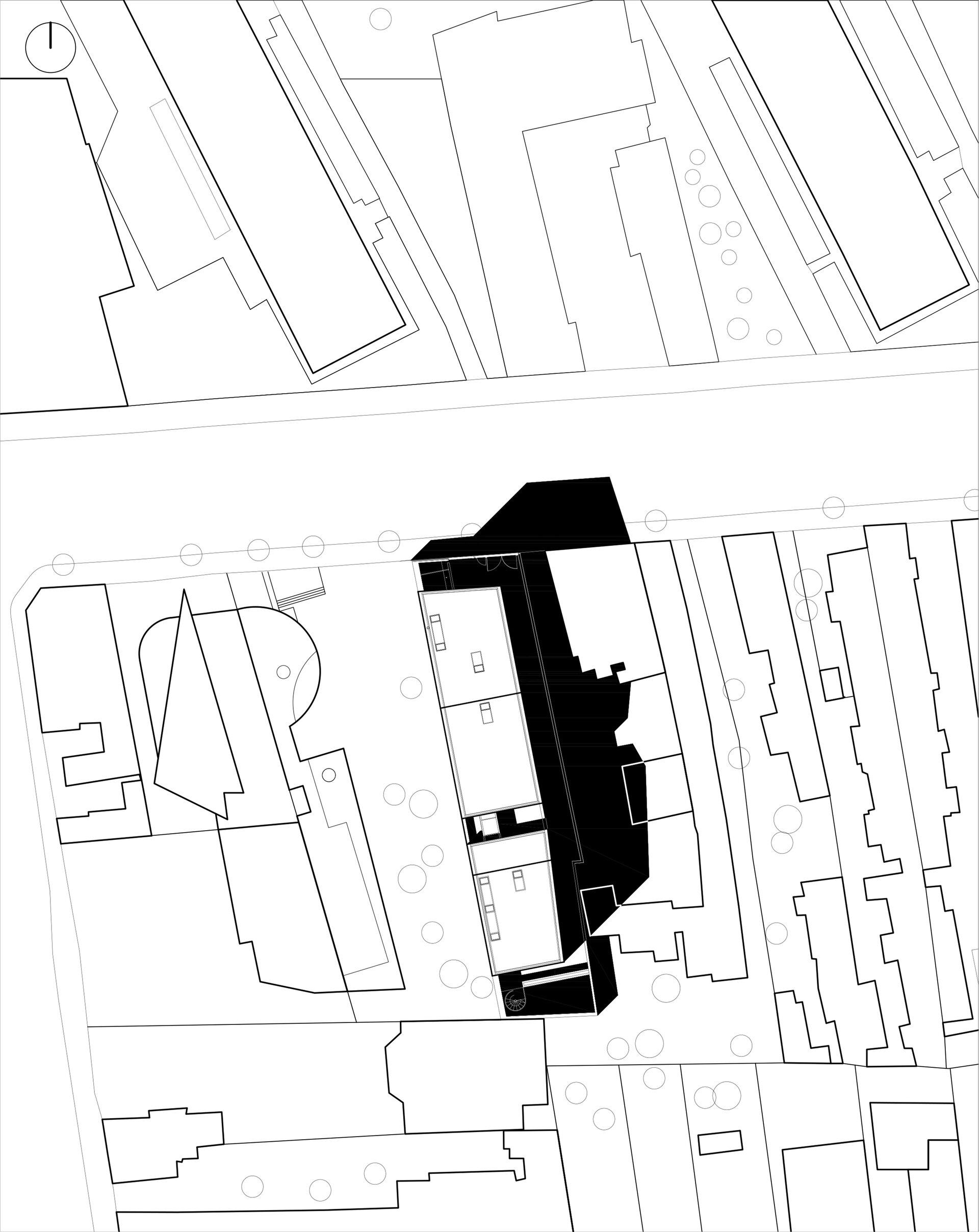 Matei Voievod street is situated in the semi-central area of Bucharest and in the proximity of Mihai Bravu road, which becomes a boundary between an urban fabric composed of low-level houses and high-level apartment flats.
The building designed by us, which has four floors (the top floor being set back) and a basement, is a an office building with an apartment at the top floor, which attempts to make the transition between the two zones: the one of the high blocks of flats and the low-level housing zone.
With a total area of around 2000 square meters, the resulted volume would have been at another scale compared to neighbouring houses so we resorted to a break on the length of the building, a fragmentation realized at the third floor which generated a terrace. The treatment of the fourth floor with sloped roofs attenuates the hight of the construction.
The horizontal ribbon windows, disposed in a seemingly random but homogenous manner on the façade, are, we believe, in consonance with the modernist apartment blocks built in the 60’s across the street.
Considering the dimensions and the frontage width of the land lot, we opted for the placement of the parking on the ground level, where there is also a small access lobby.
Taking into account that Bucharest needs buildings with durable finishes, we chose brick as exterior envelope. The exterior walls are ventilated, and bricks are sustained by galvanized steel supports, which leads to a better energy conservation and a greater interior comfort.
The structure composed of steel beams, concrete walls and slabs made possible large openings, considering the seismic risks in Bucharest), generating flexibility in the partition of the space.
On the third and fourth floors, in the mansard zones, the roof frame is composed of laminated wood beams which create a warm atmosphere in the office spaces as well as in the top floor apartment.
Also regarding the exterior finishes, the ground floor ceiling is, from the desire of essentialization, also made of brick. 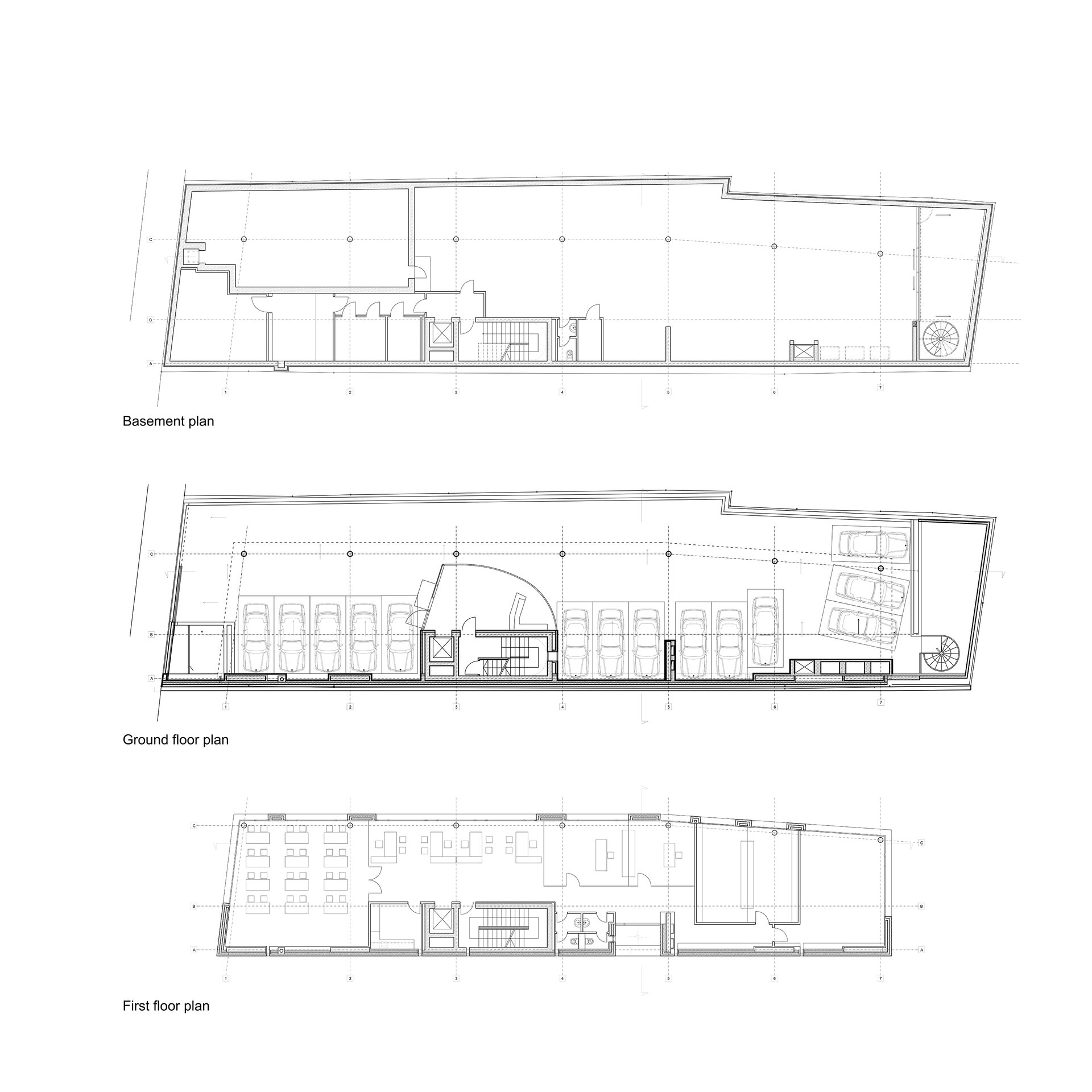 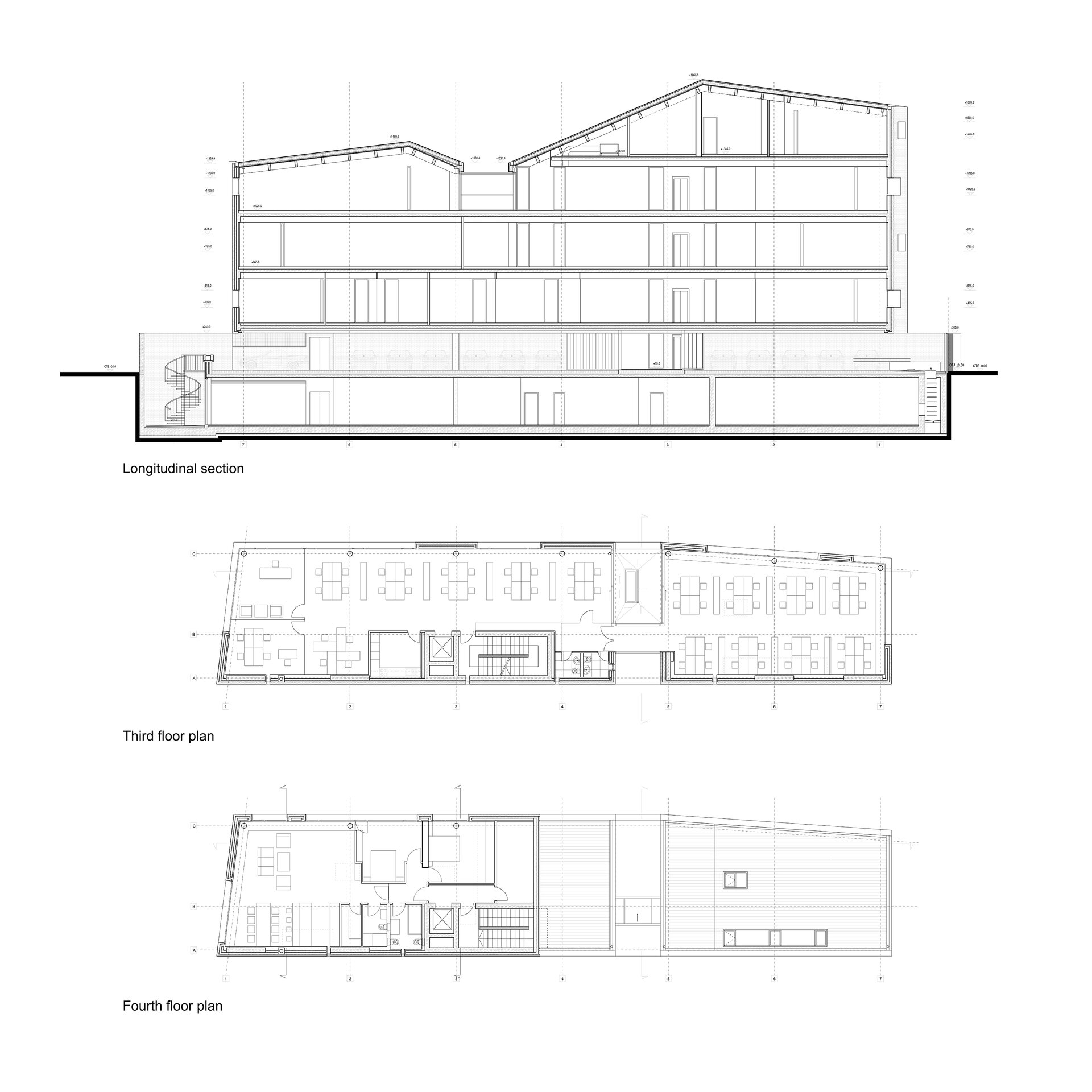 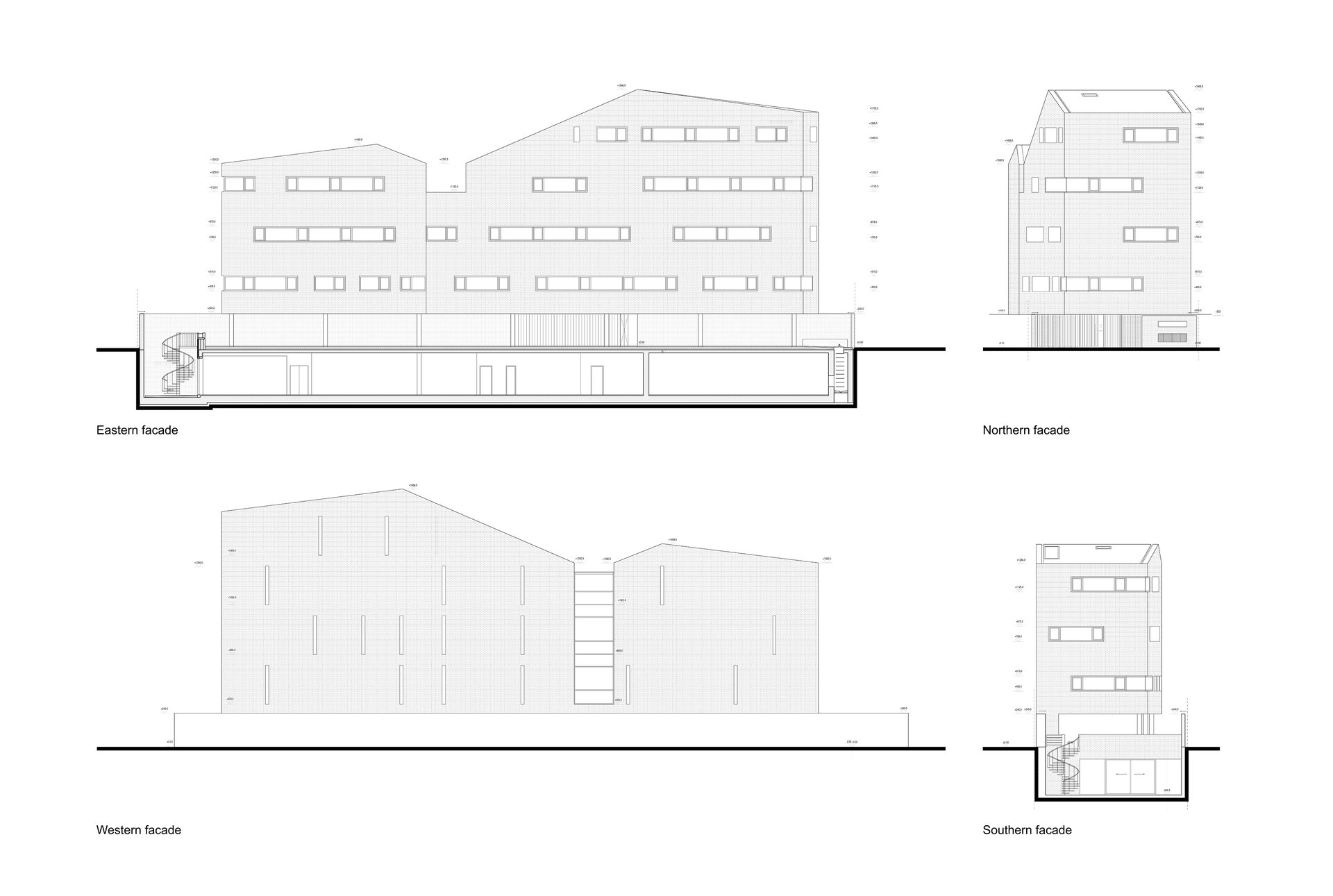 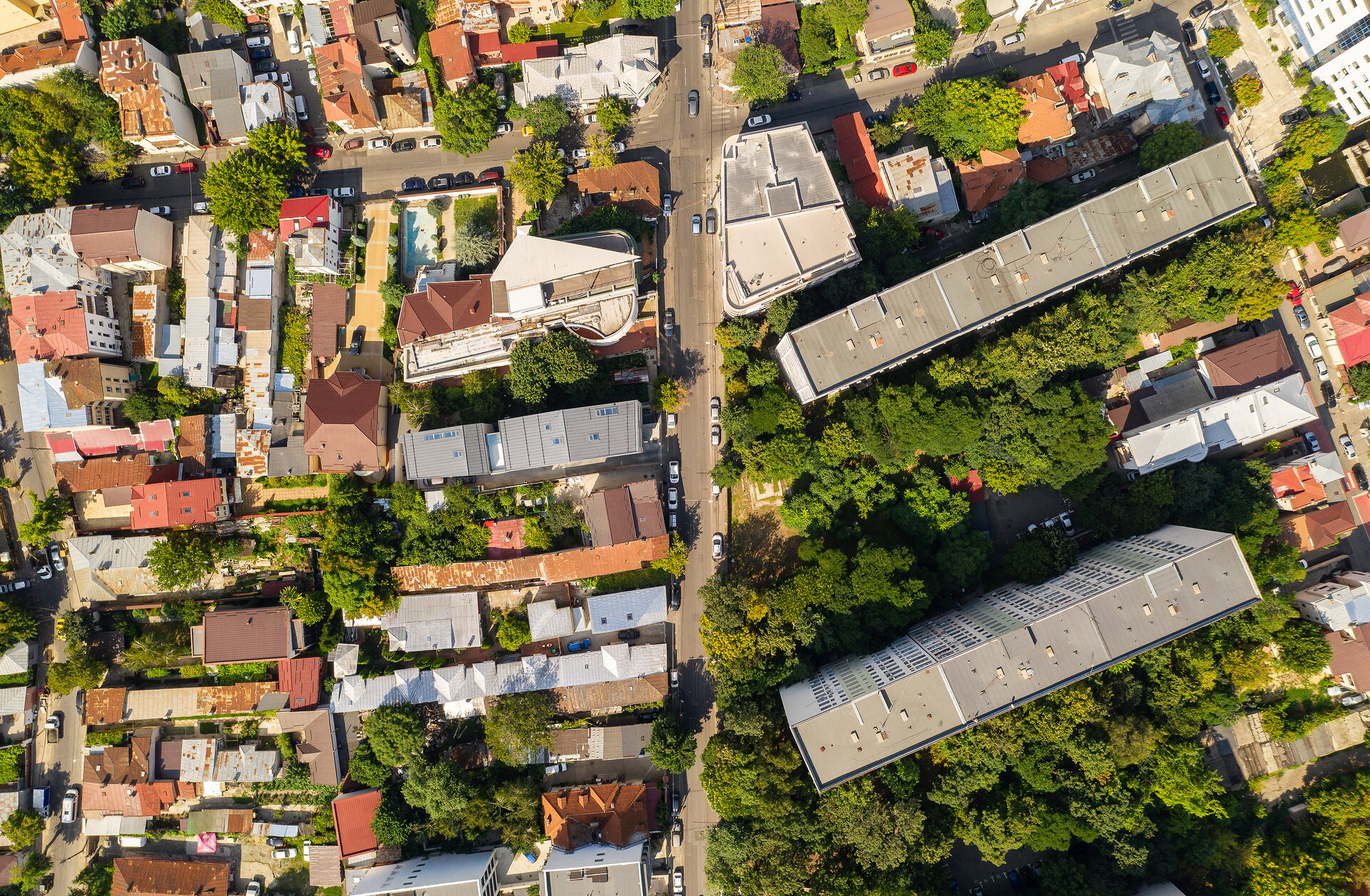 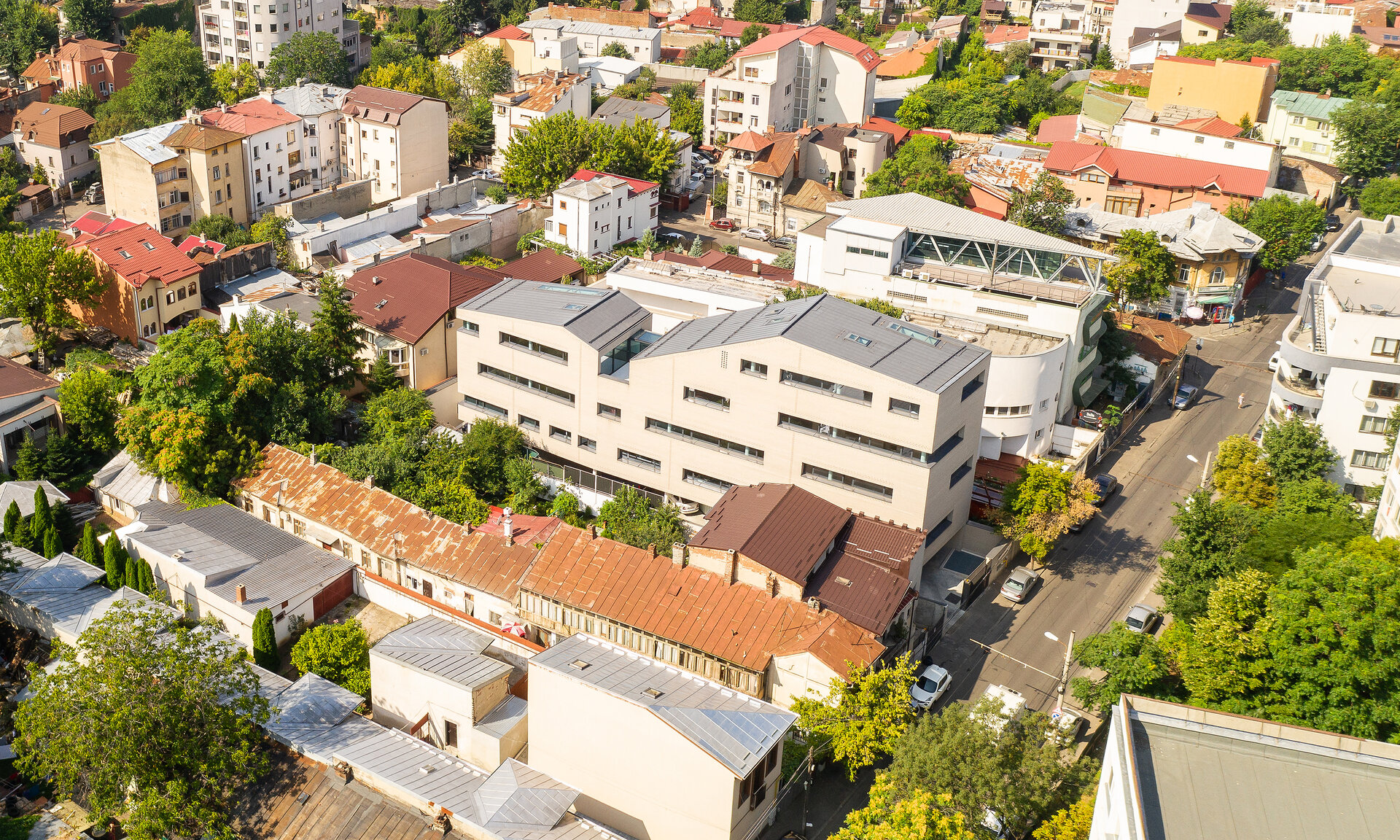 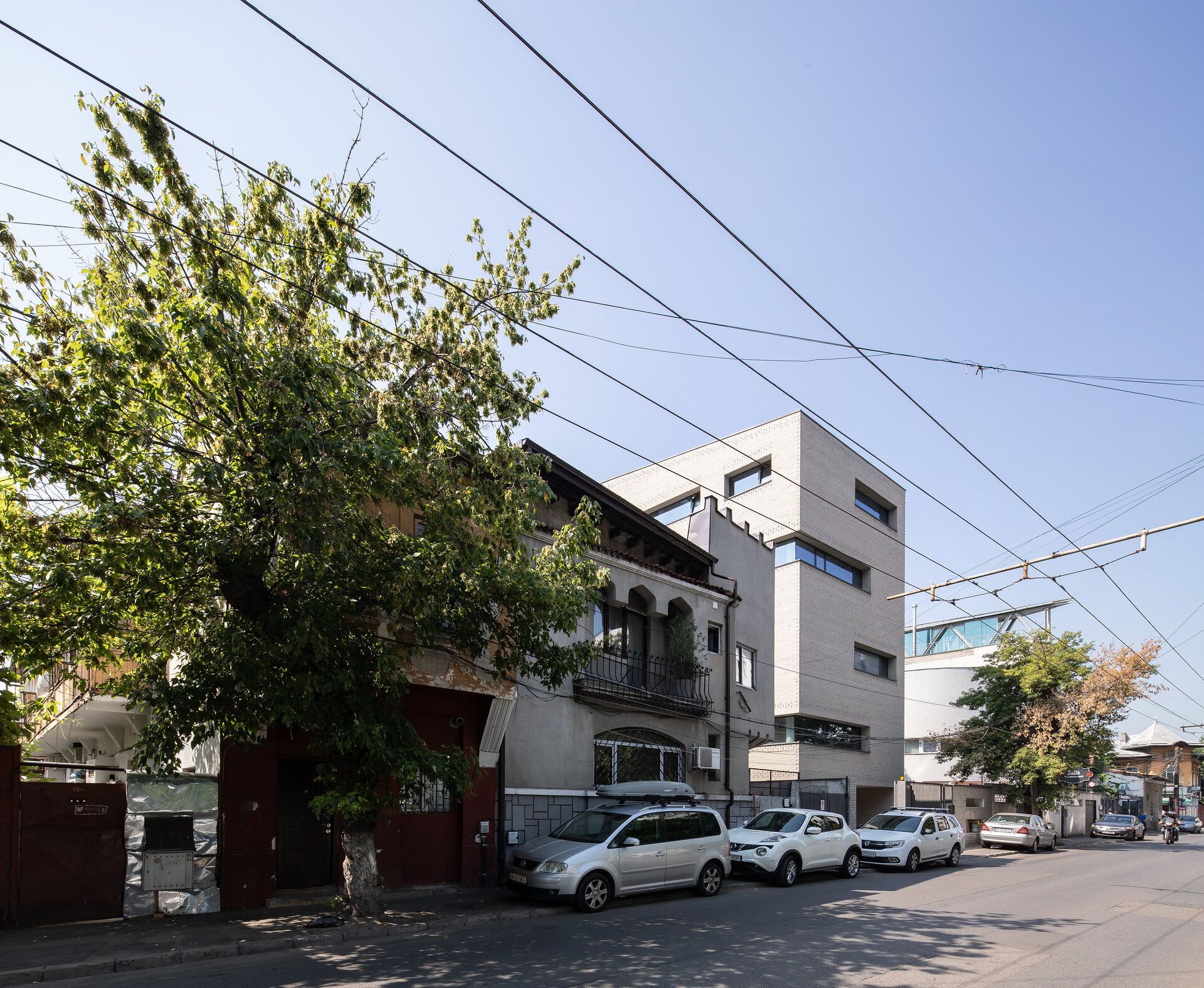 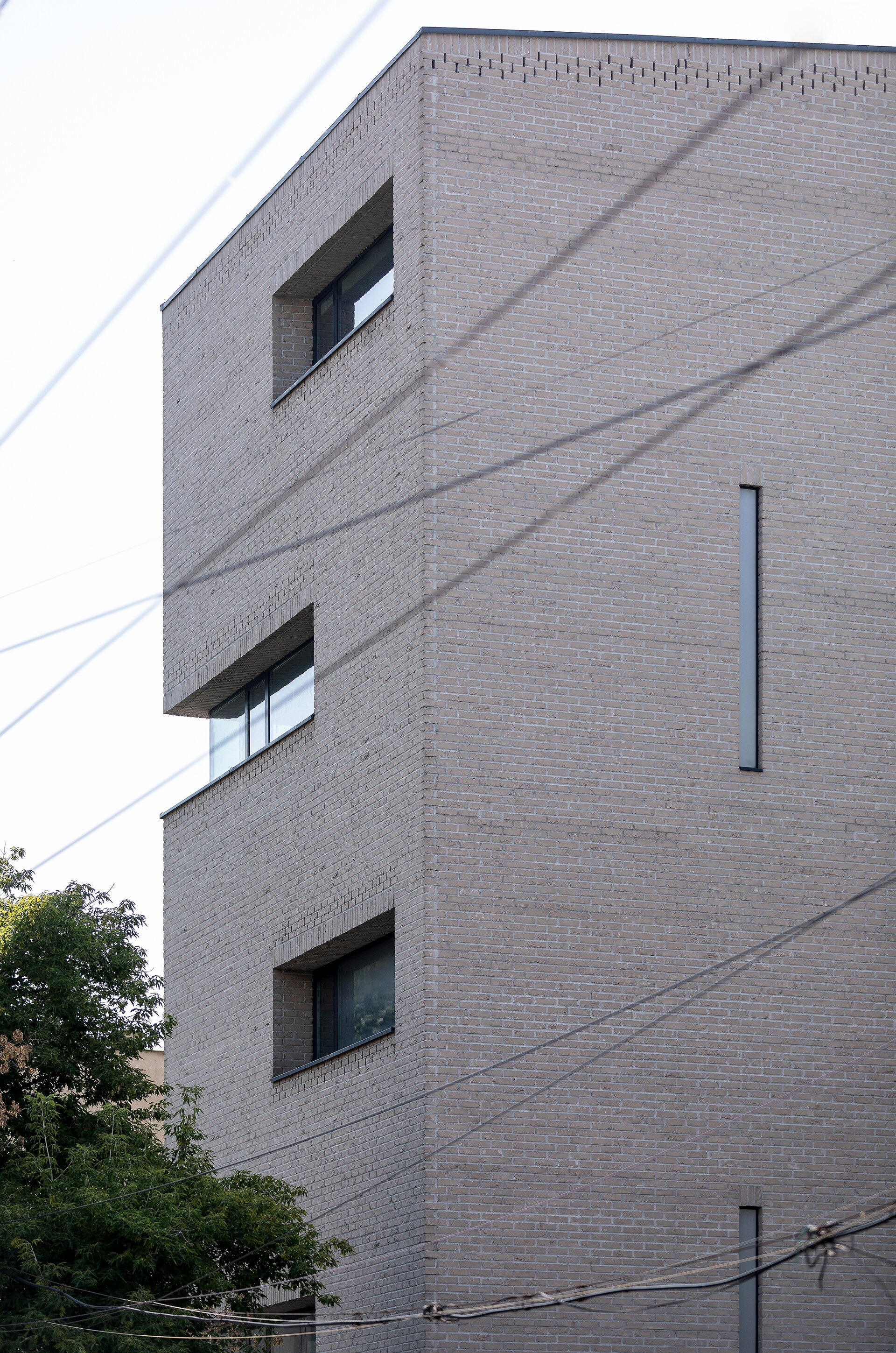 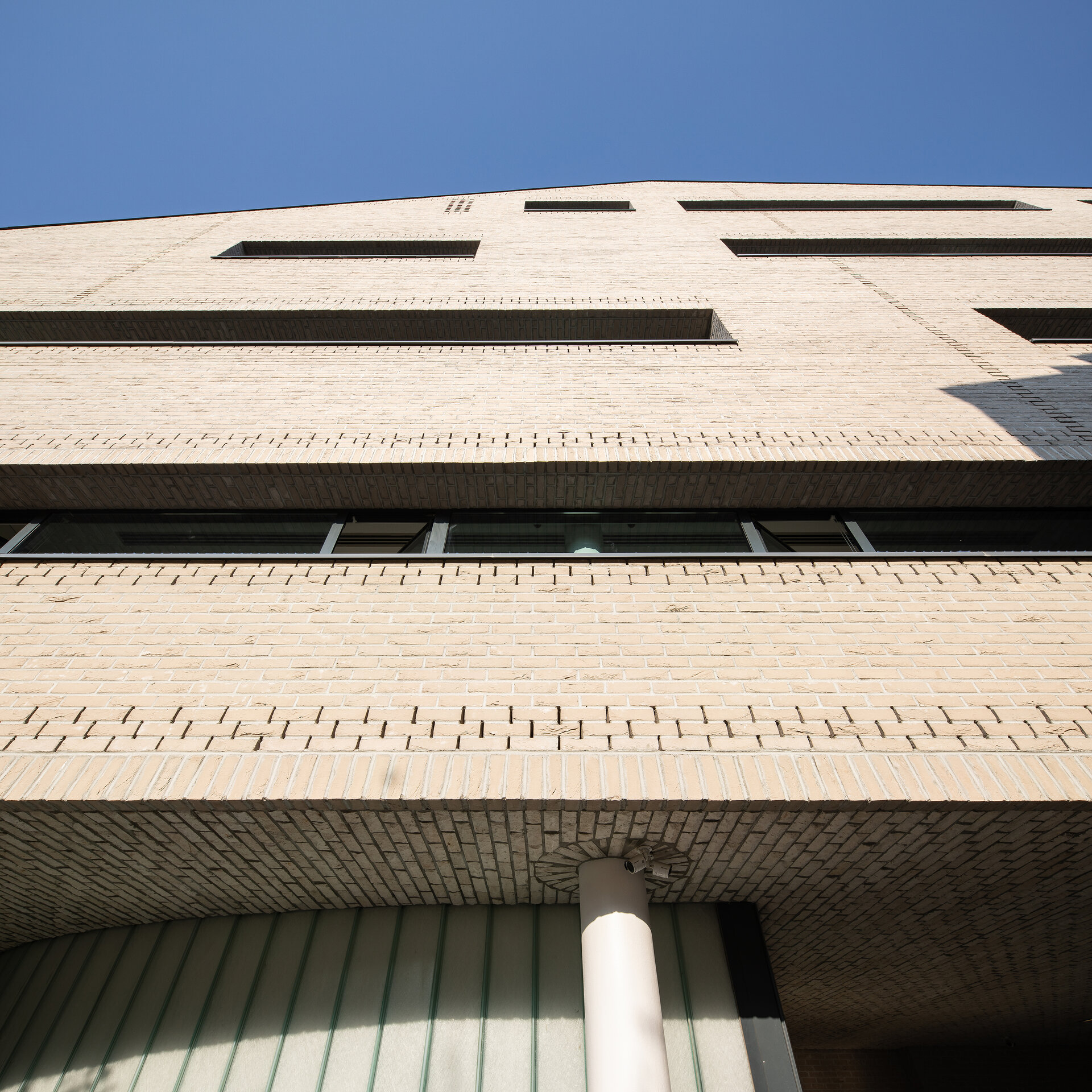 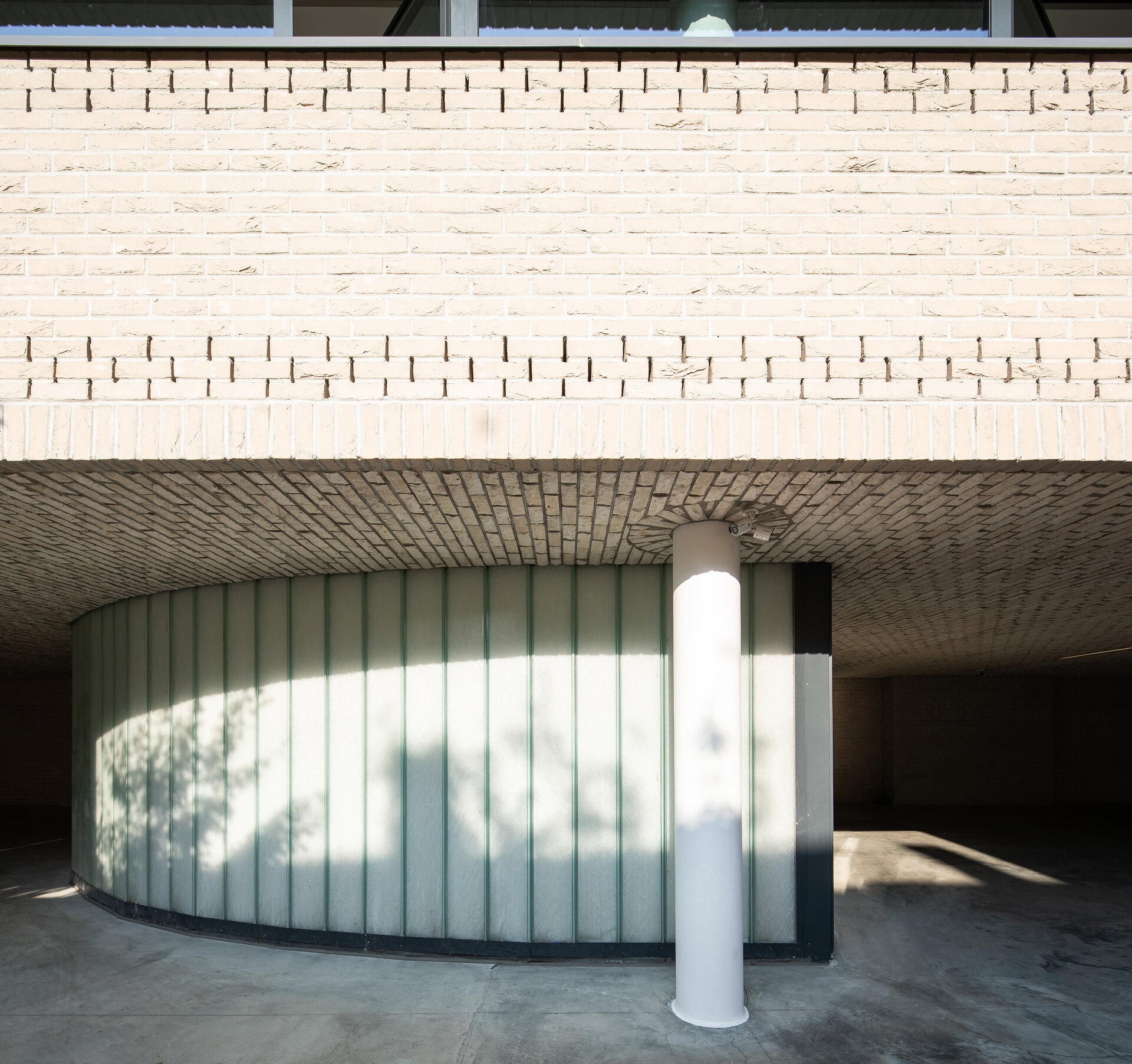 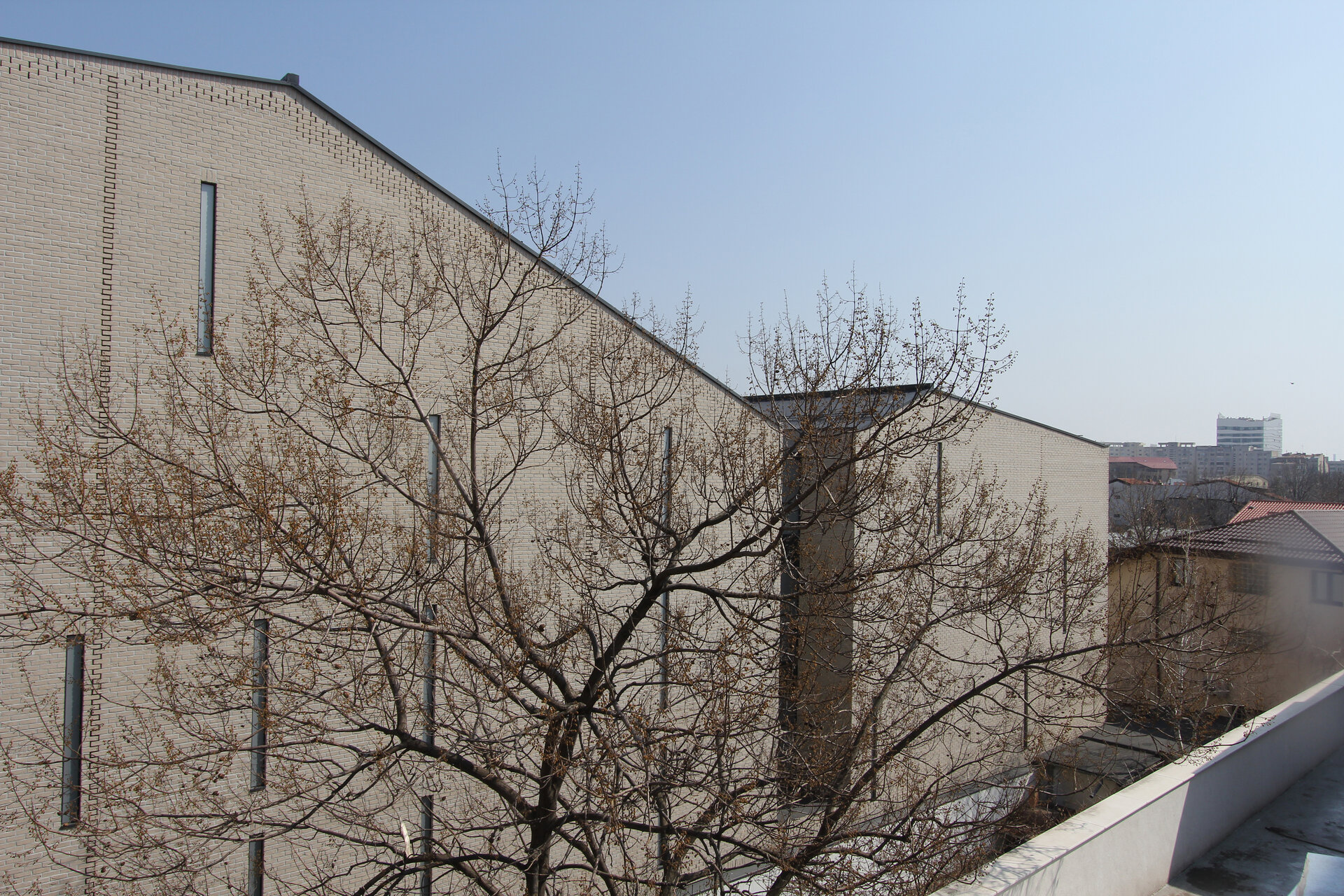 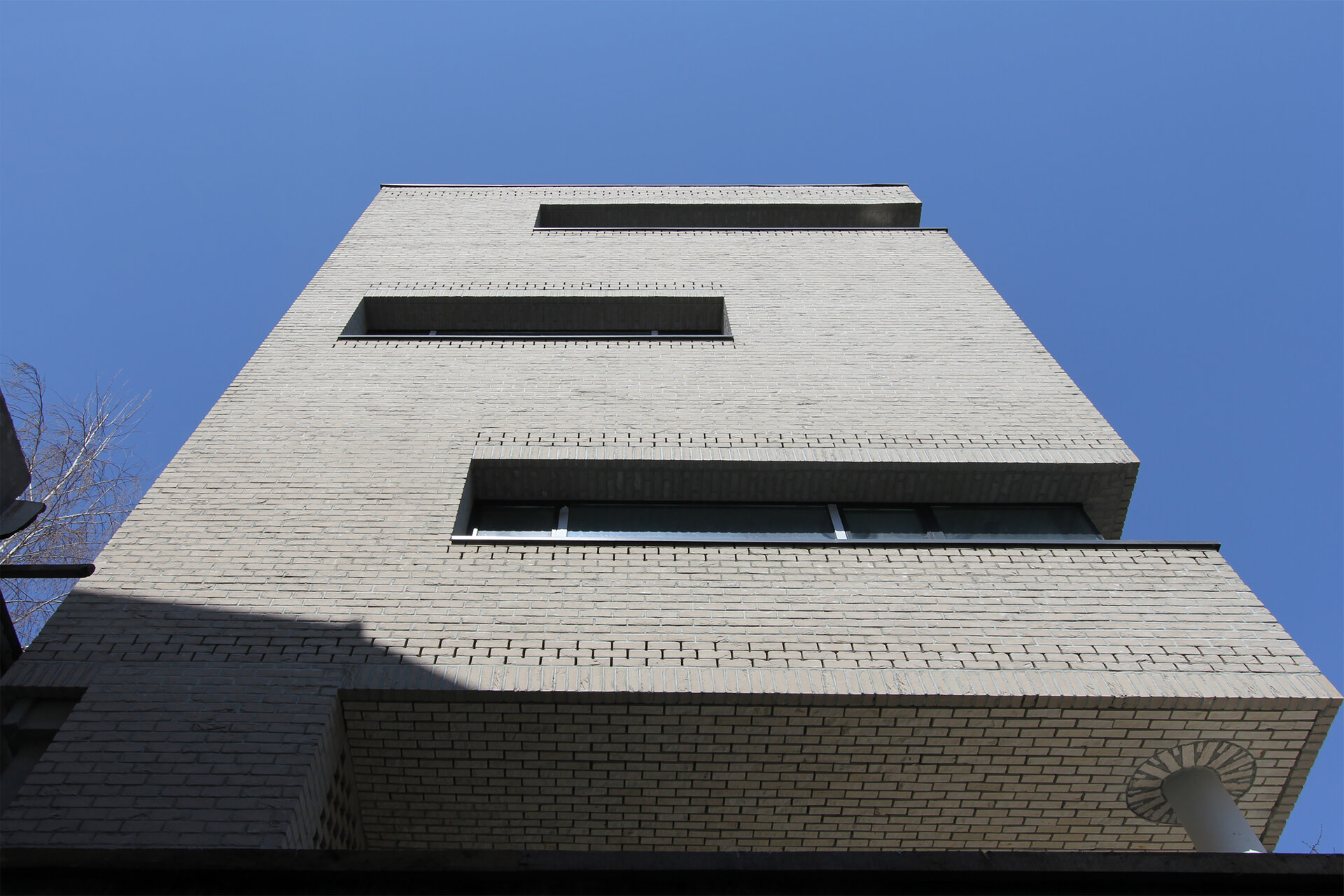 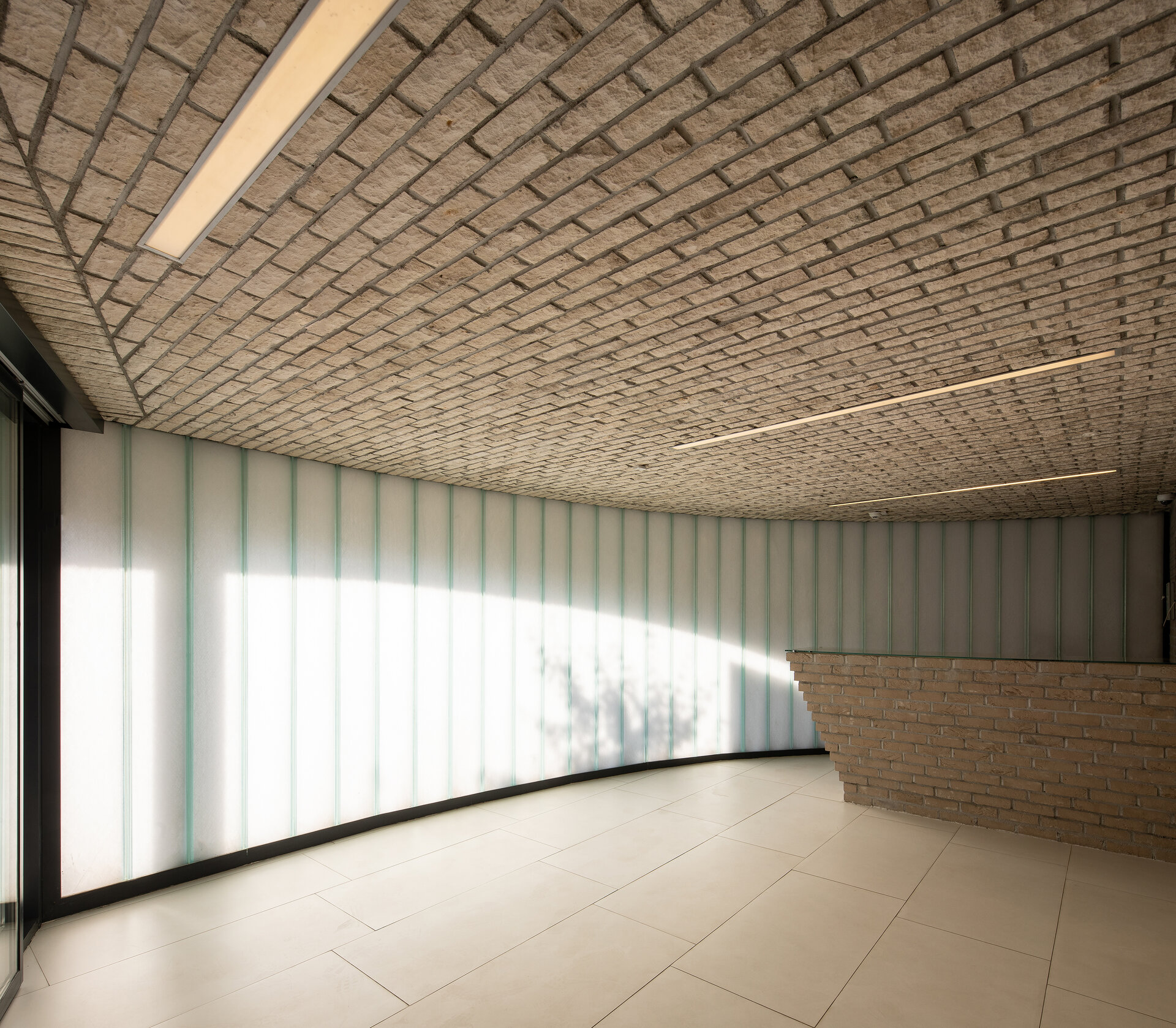 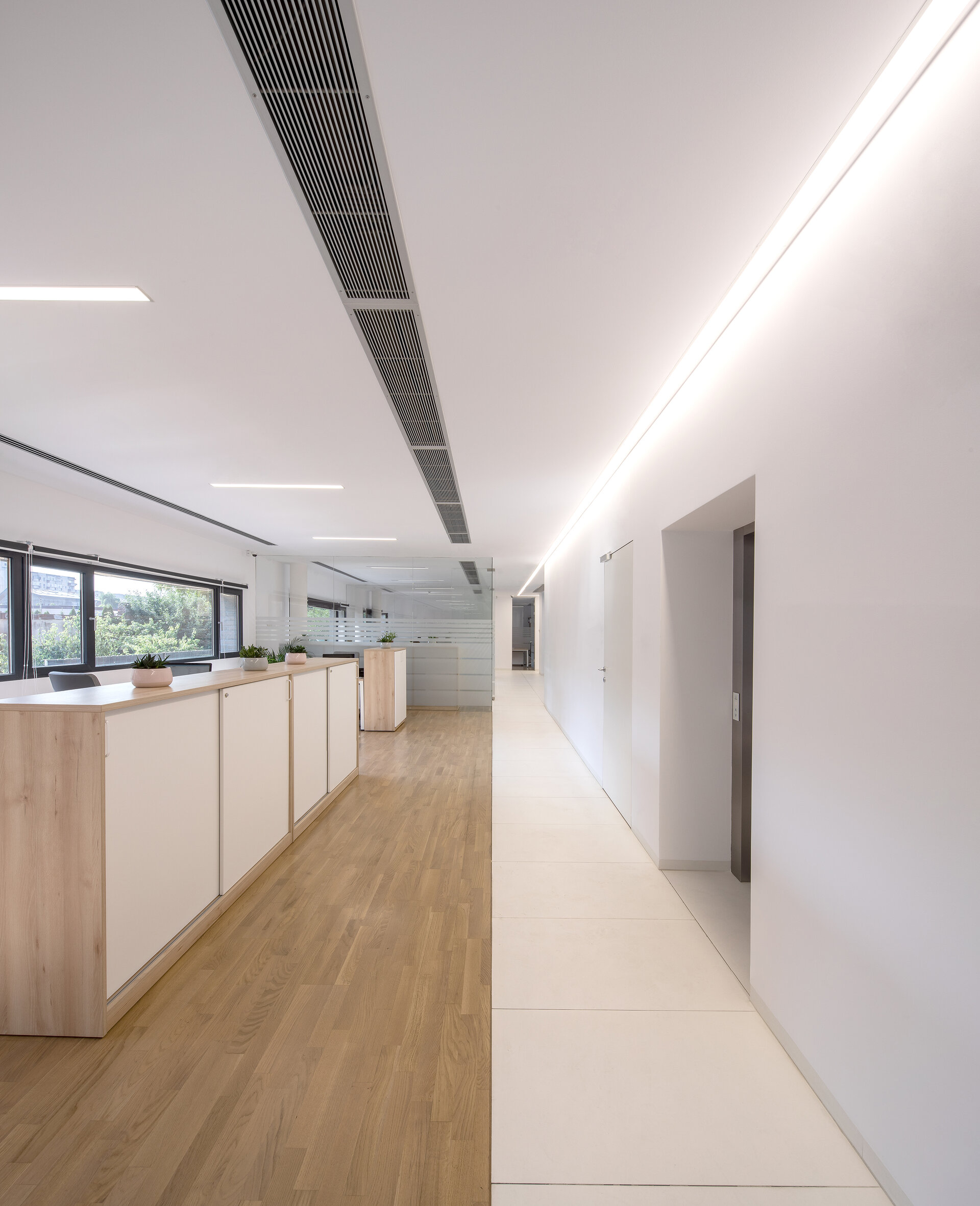 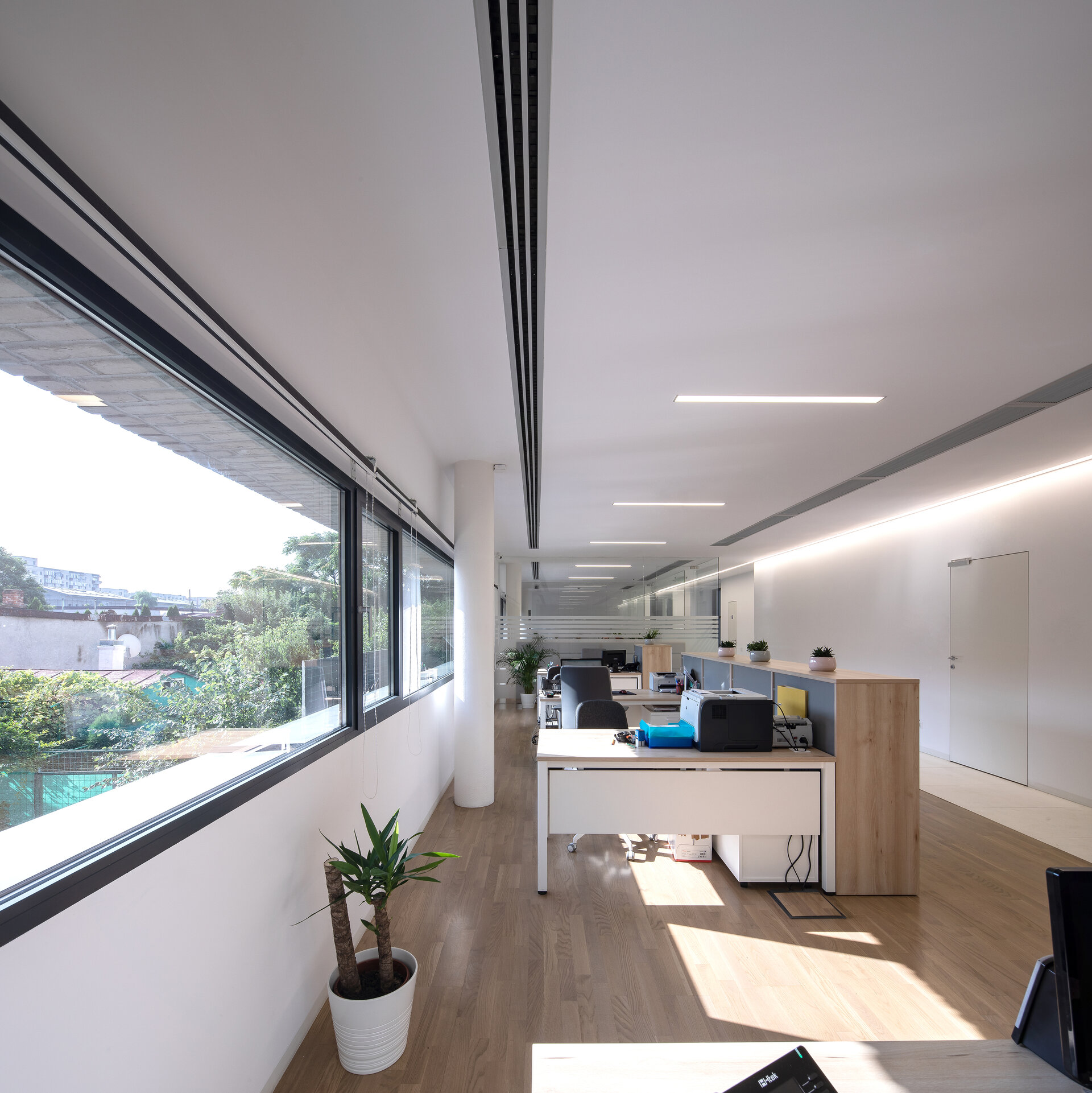 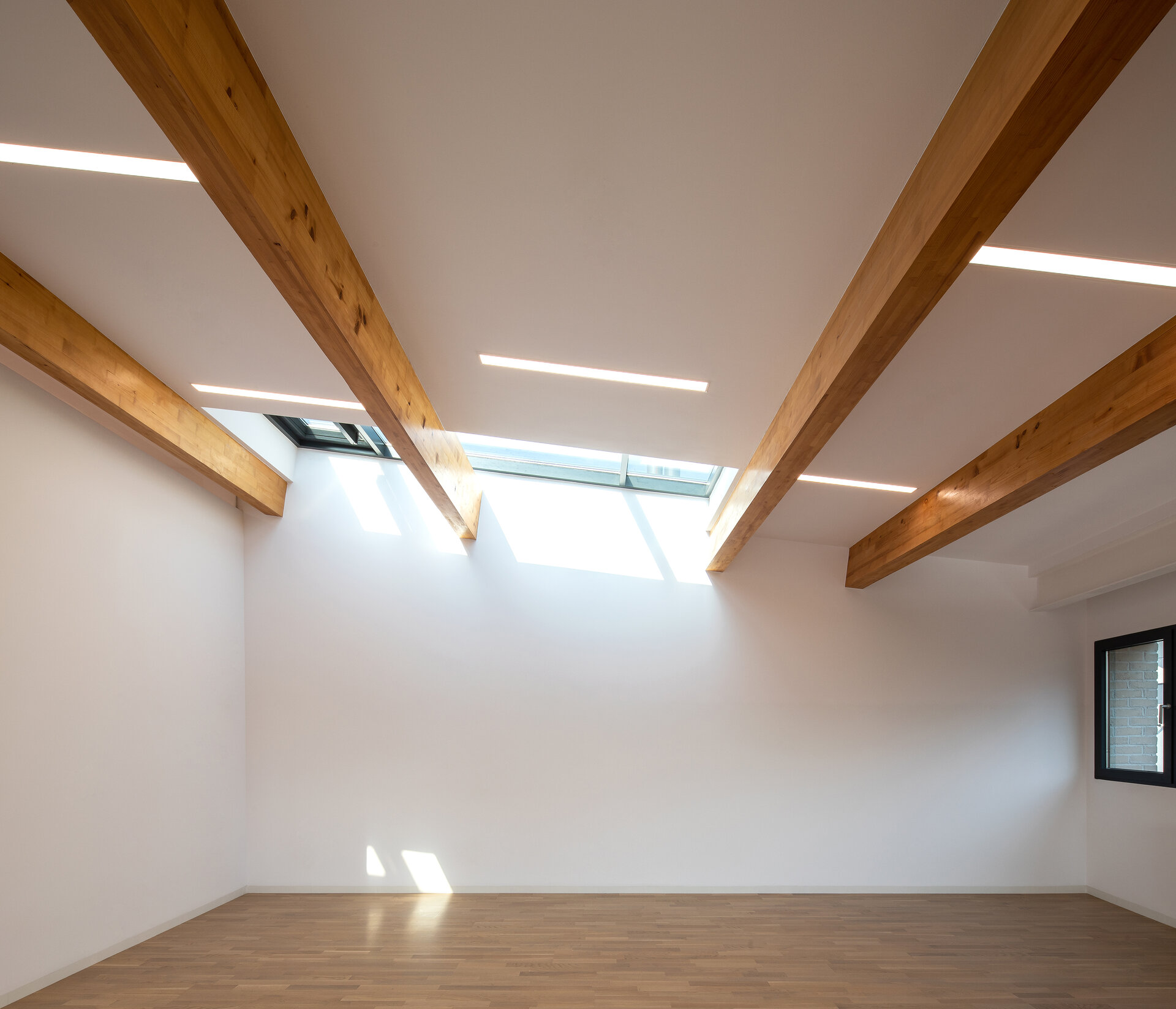 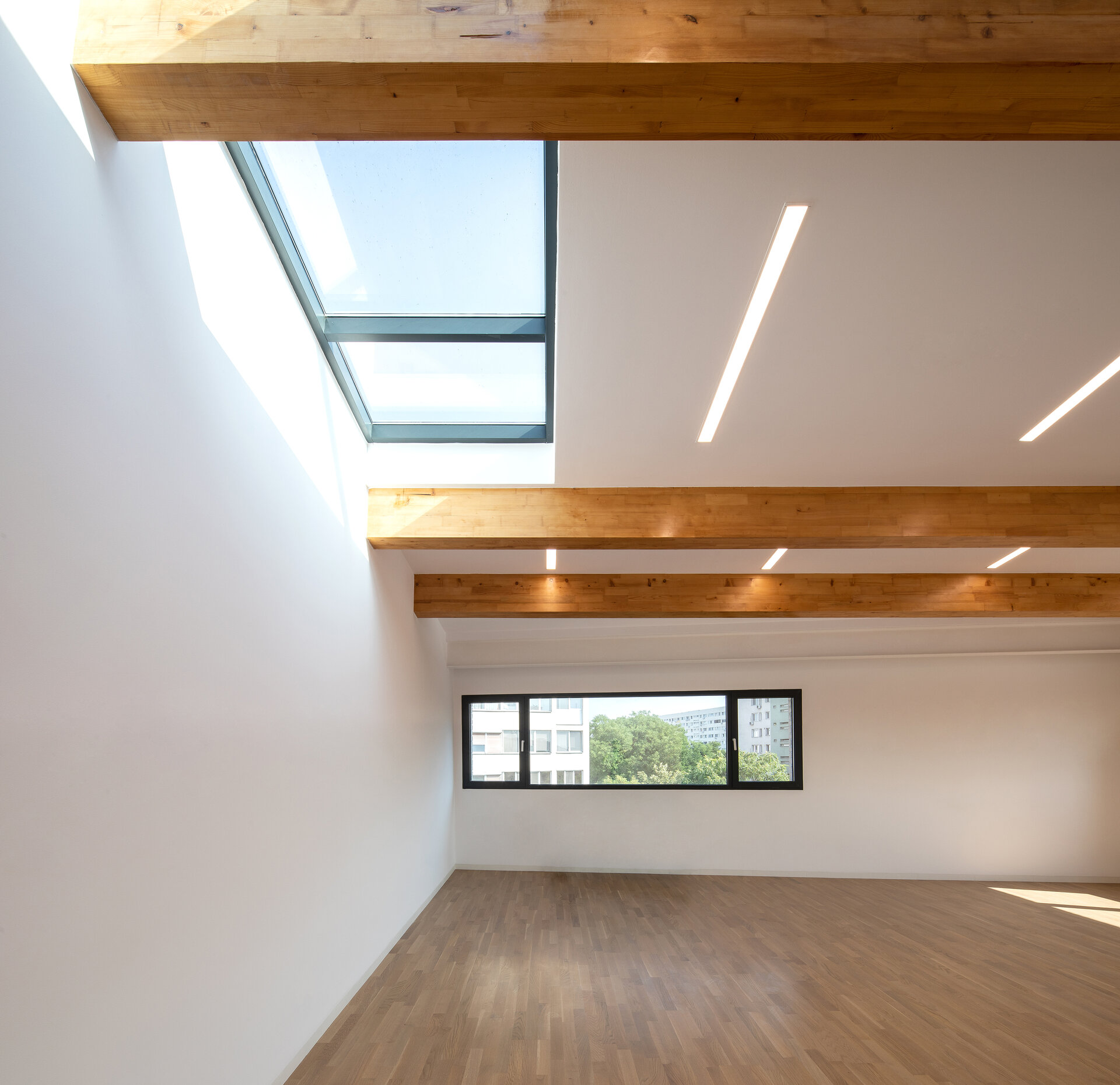 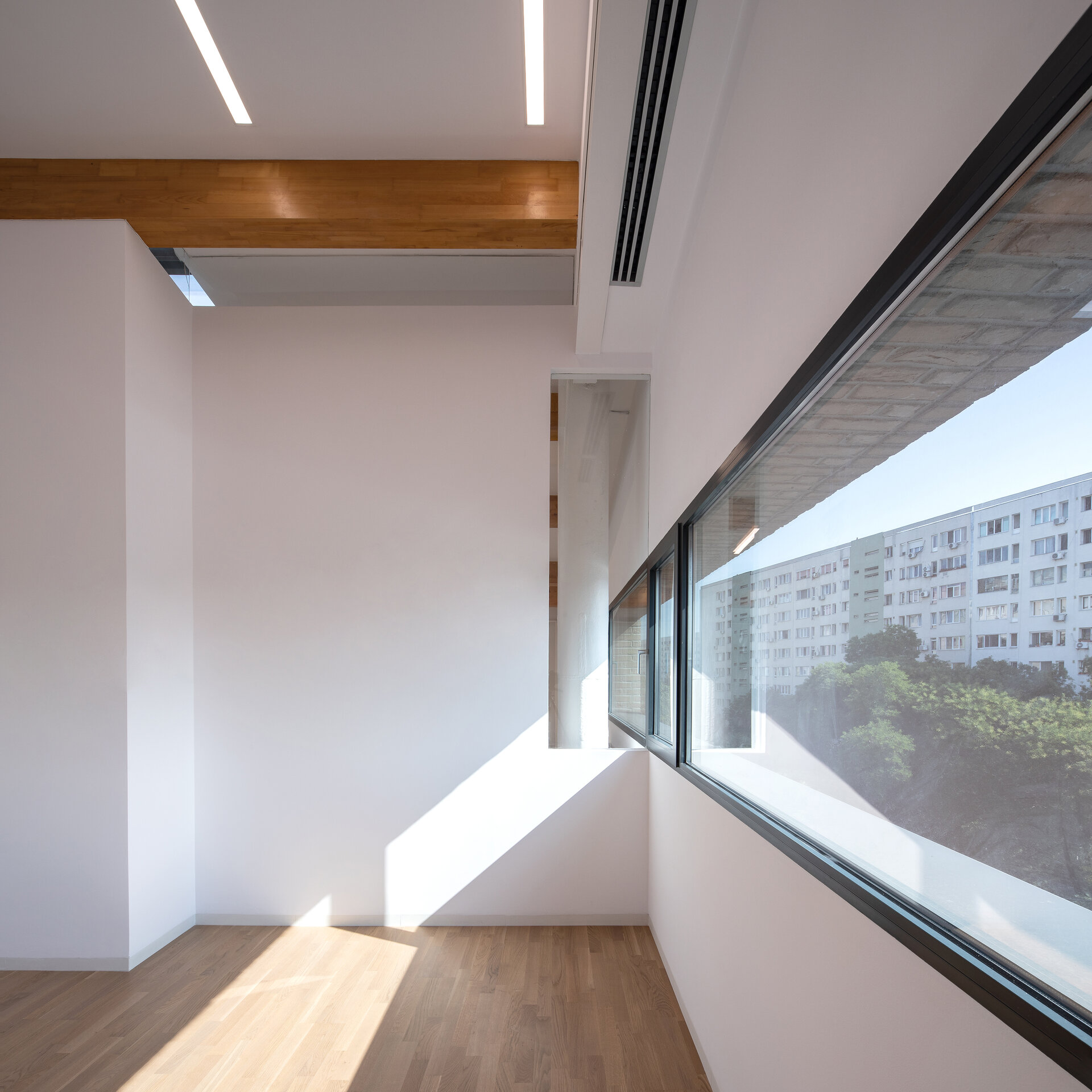