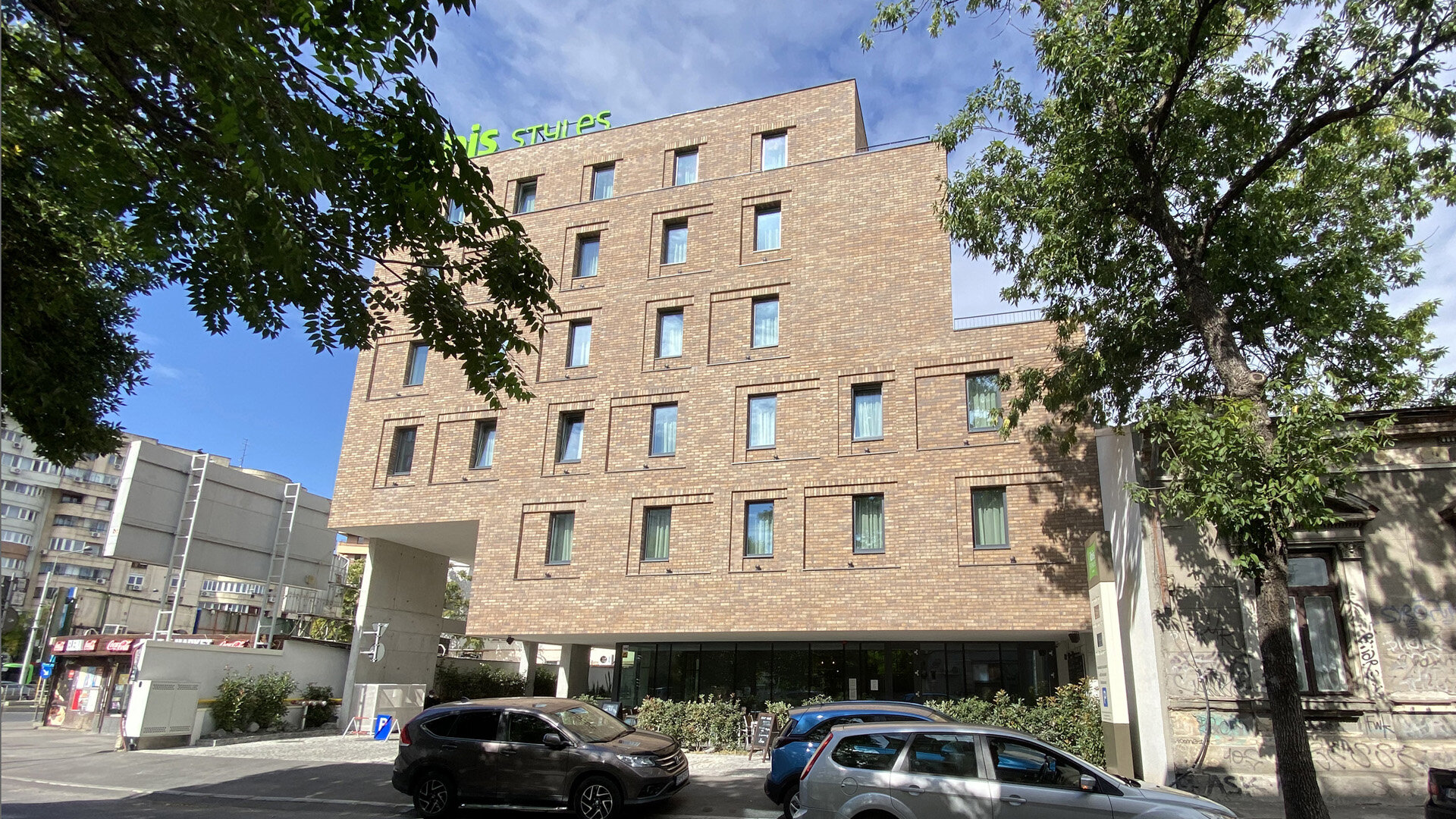 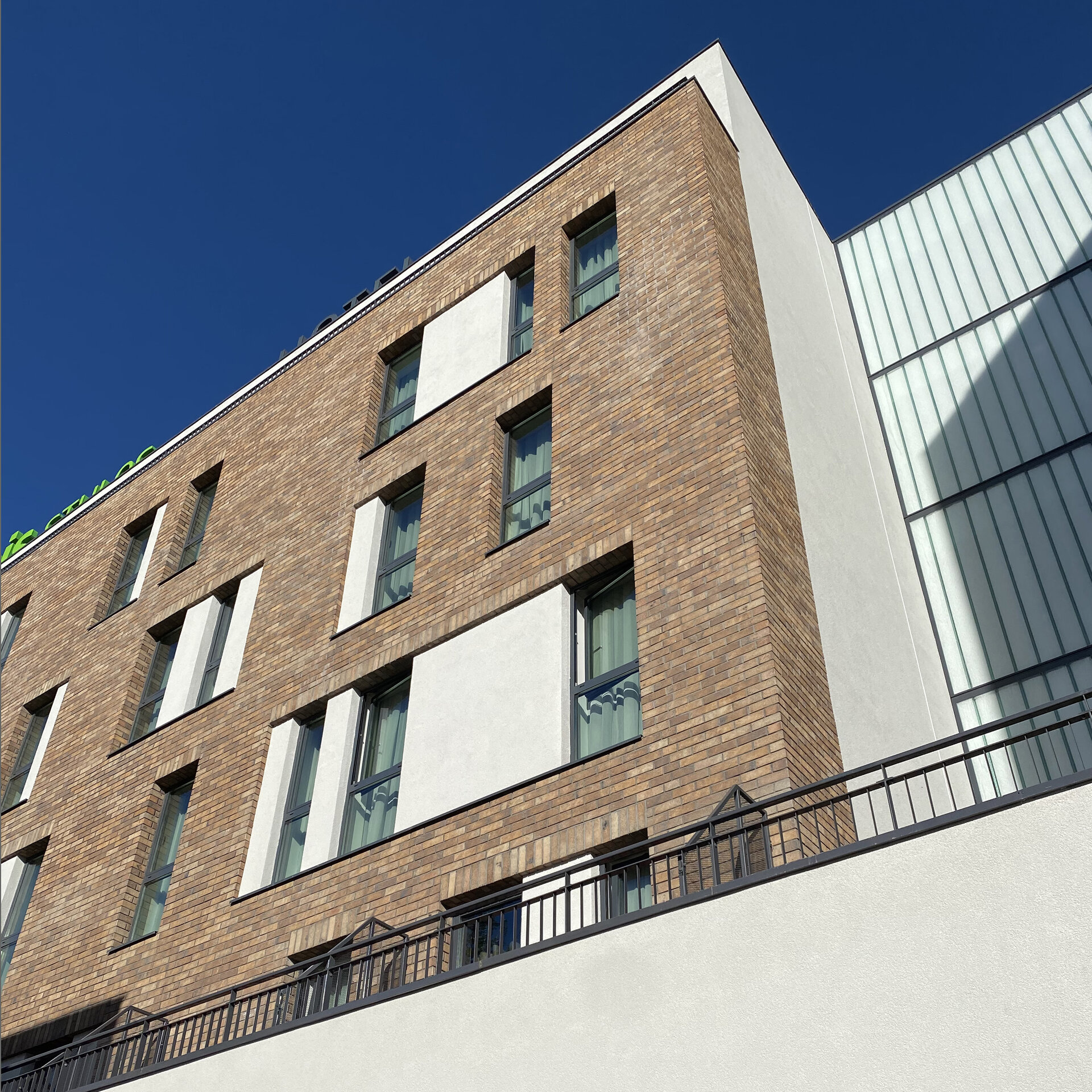 "Three houses in a courtyard"

The hotel is located in central Bucharest, in a protected area. The urban tissue is specific to the premodern period developed organically on the winding route of Știrbei Vodă street, with narrow and long lots, which usually host multiple wagon-type constructions, placed with the narrow side at the street.
Our construction is no exception. The ground level is developed on the foundation of the two general basements, and occupies a good part of the eastern side of the property. It contains the common spaces: lobby, restaurant & kitchen, conference center. Three blocks rise above the ground floor volume, containing accommodation units which are connected by two vertical traffic cores.
The hotel has 152 rooms, a conference room with a maximum capacity of 200 seats, a restaurant for 130 people. In the basements there are 48 parking spaces, various technical spaces and storages.

The theme of the hotel is the Romanian IE.

The IE is a blouse worn by Romanian girls and women, entirely hand-made, with a design that hasn’t changed for hundreds of years. The signs and symbols embroidered on the IE aren’t just random decorations, but each has its own significance, depending on the region, the seamstress, and the person who wore it. Over the years the IE has earned its place as a source of inspiration for painters and fashion designers worldwide, including names such as Matisse, Tom Ford and Yves Saint Laurent. 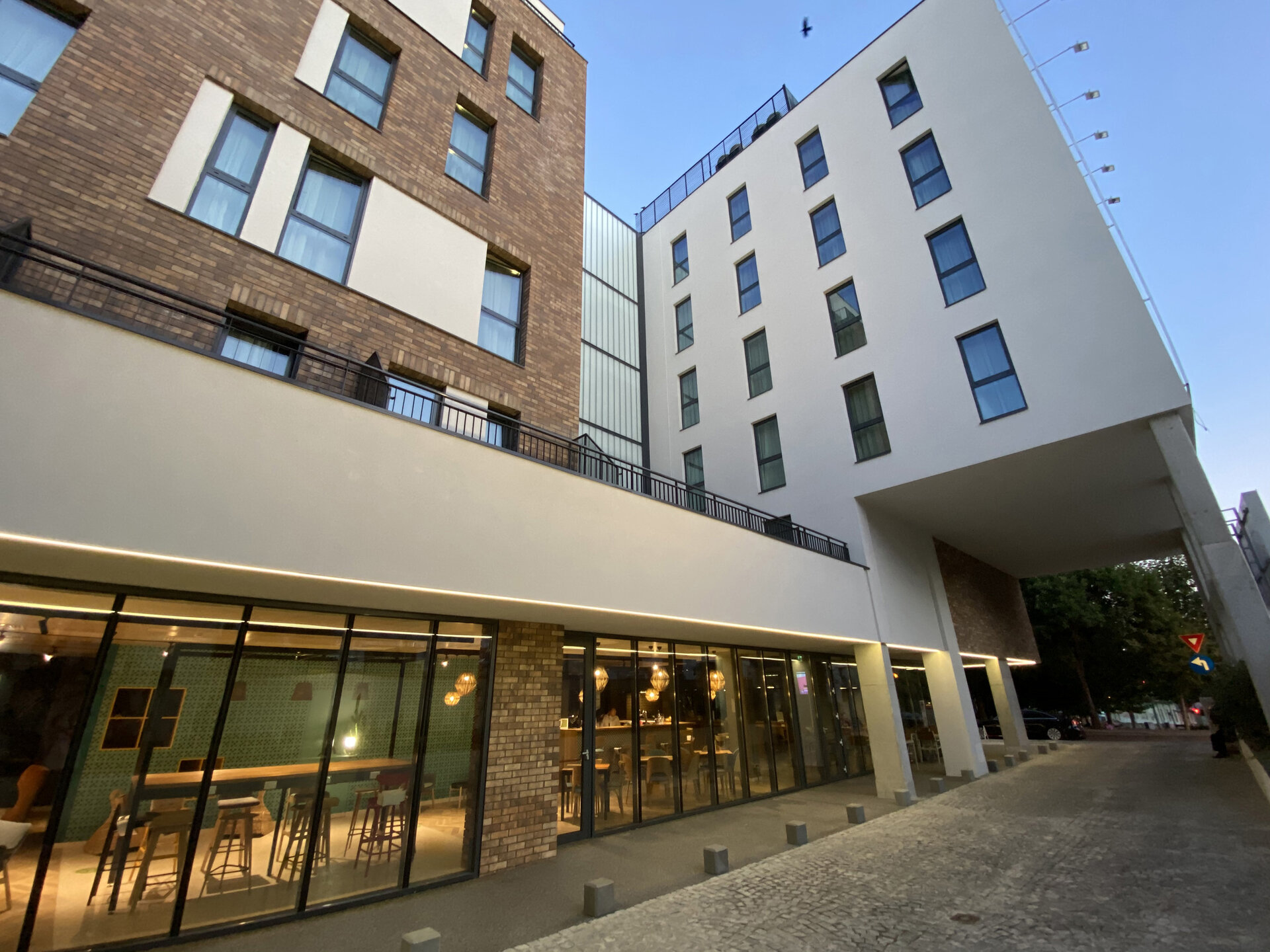 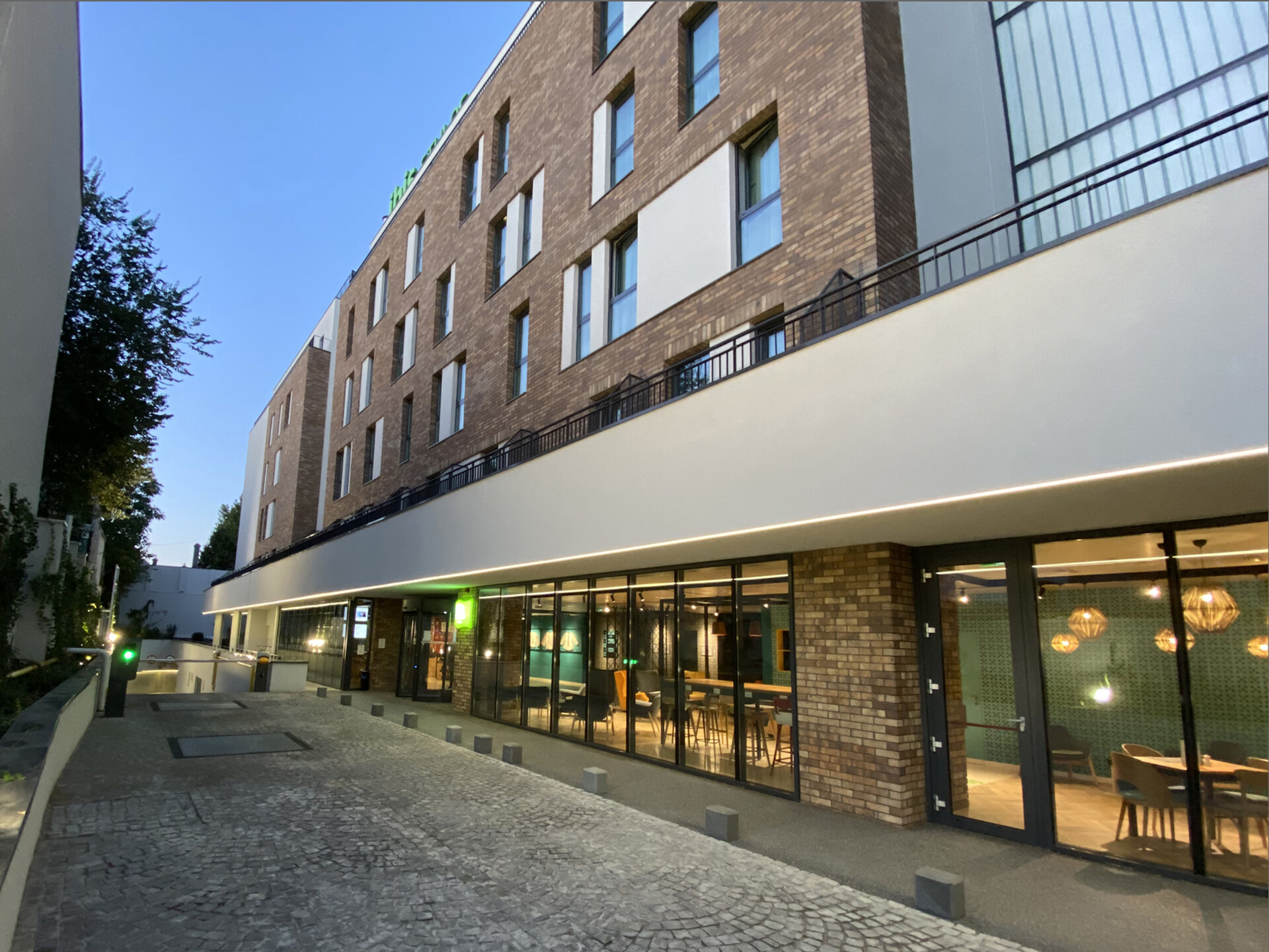 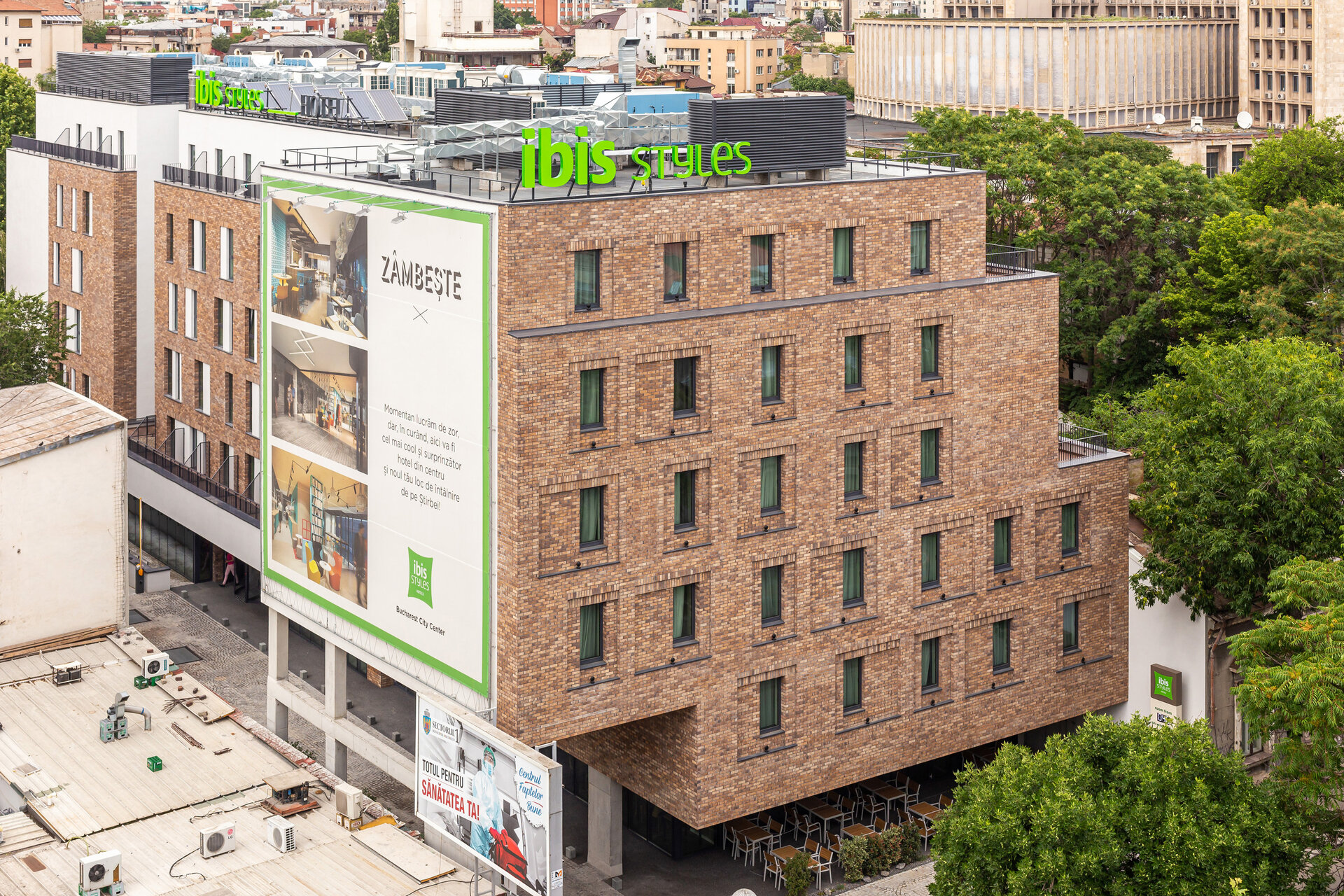 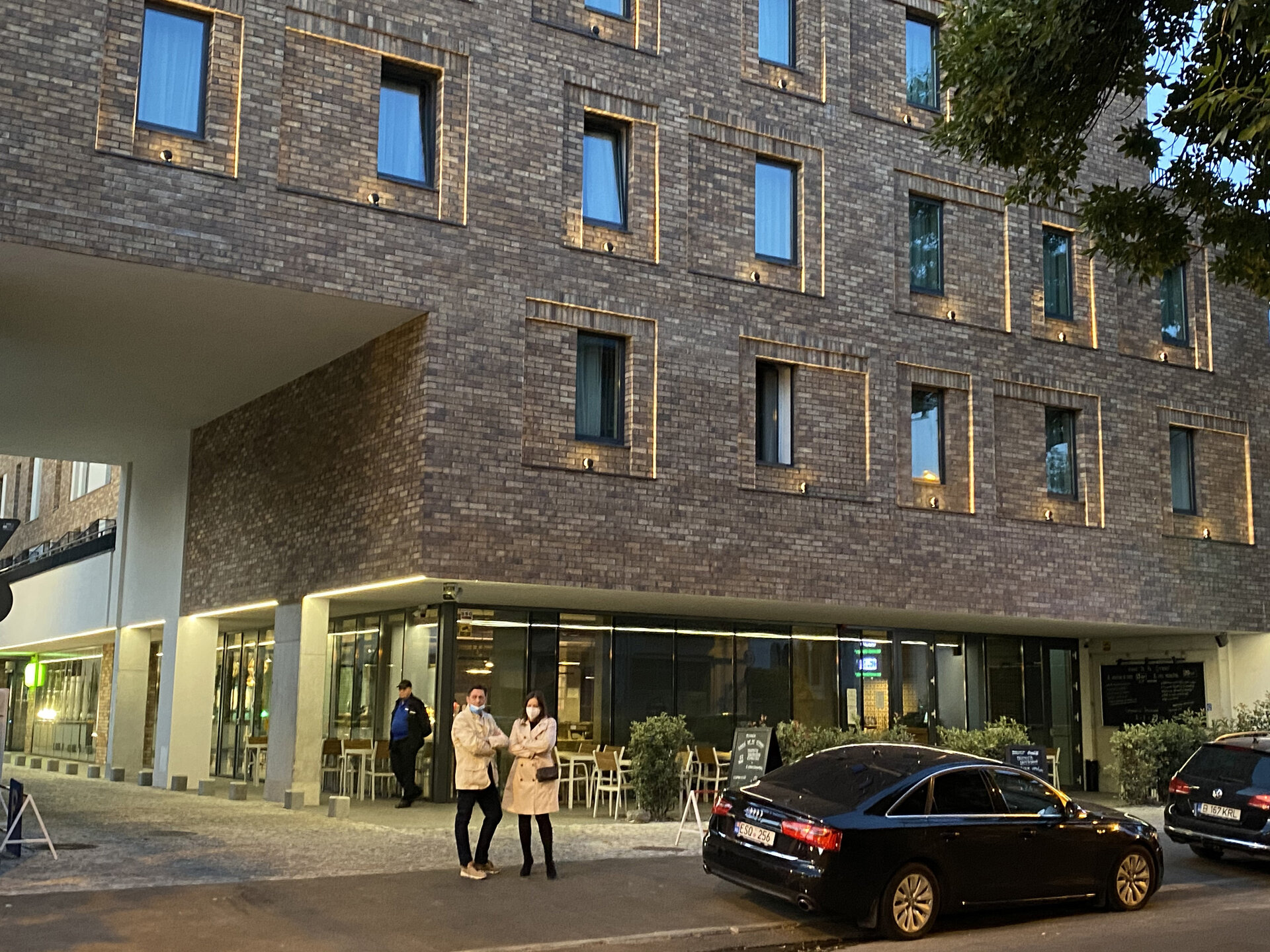 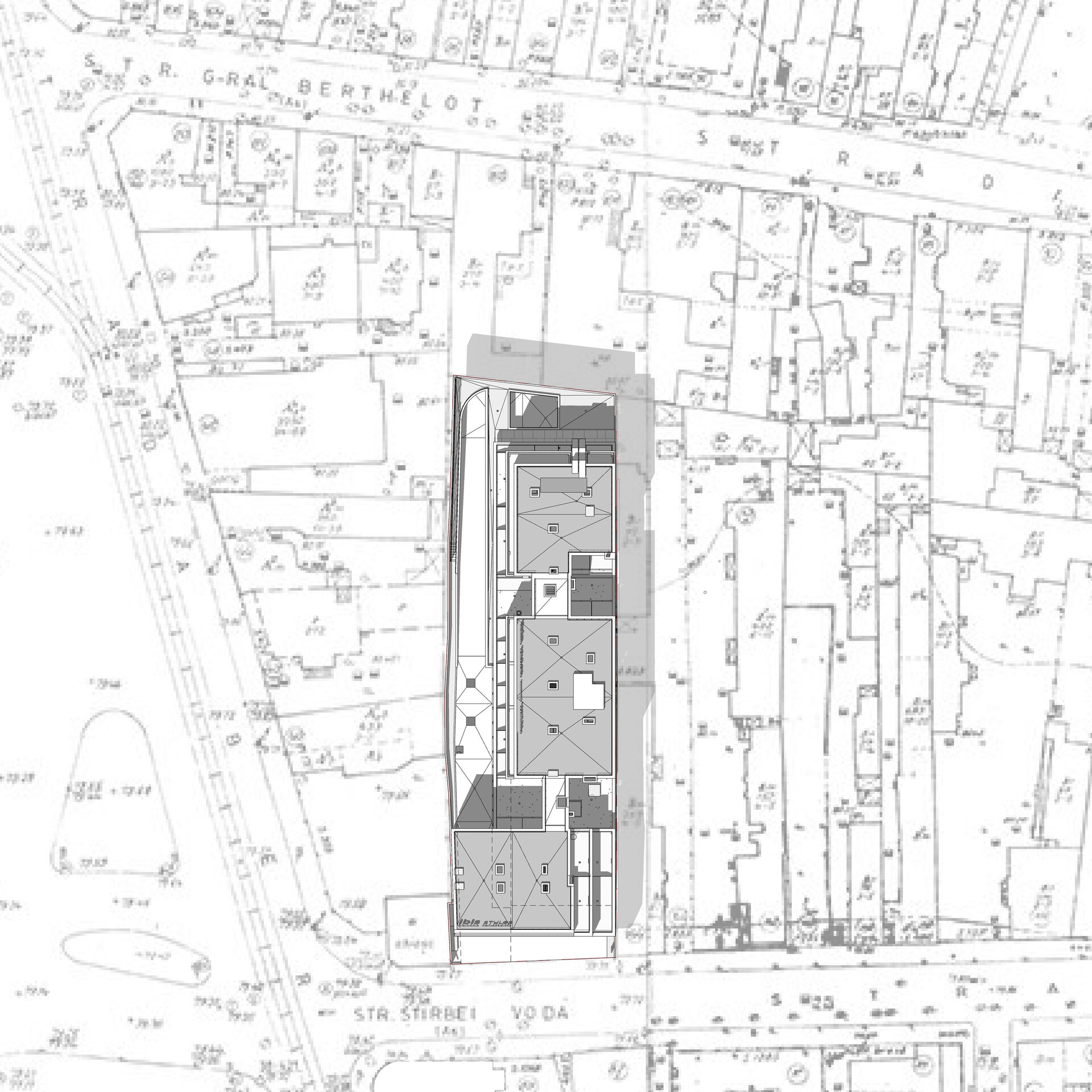 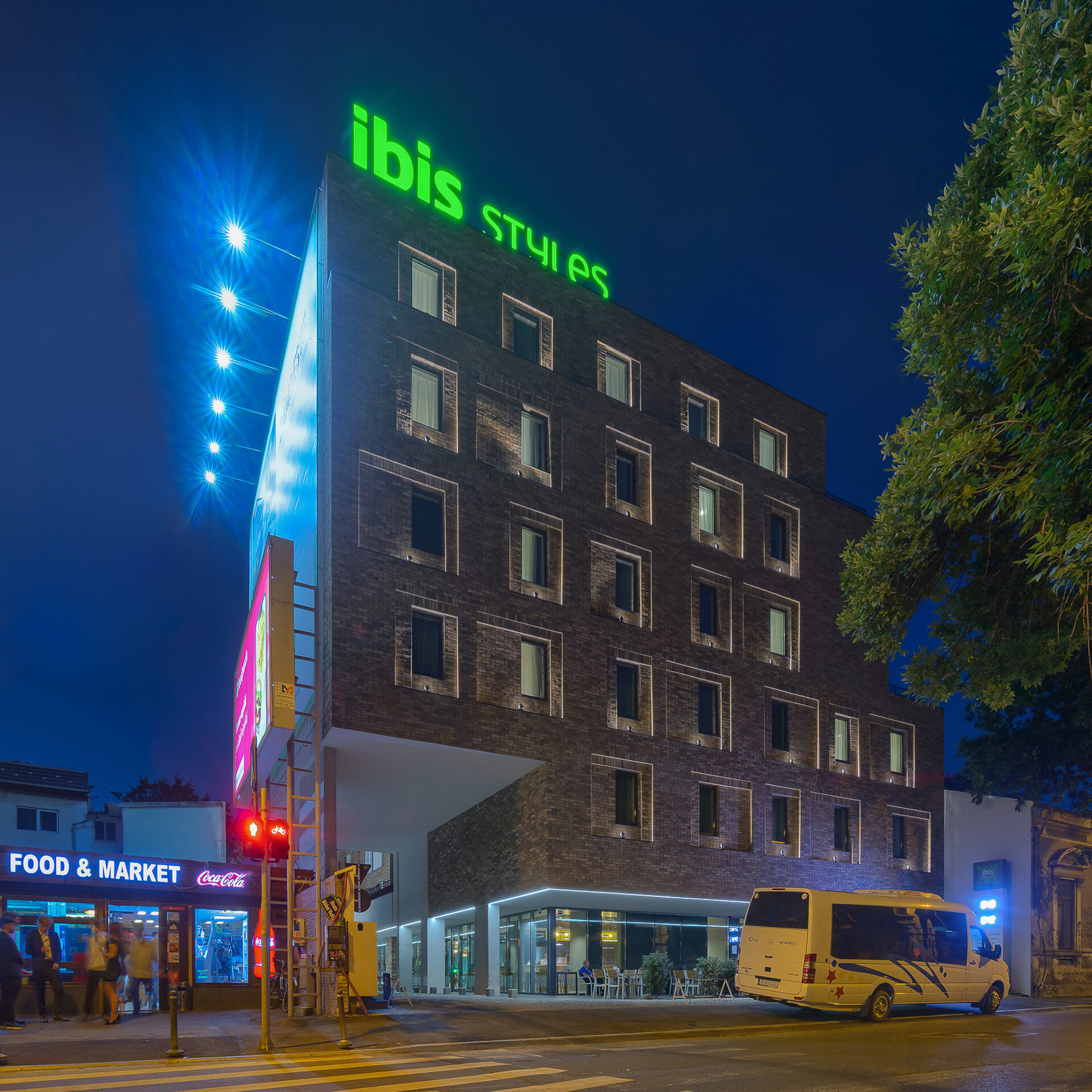 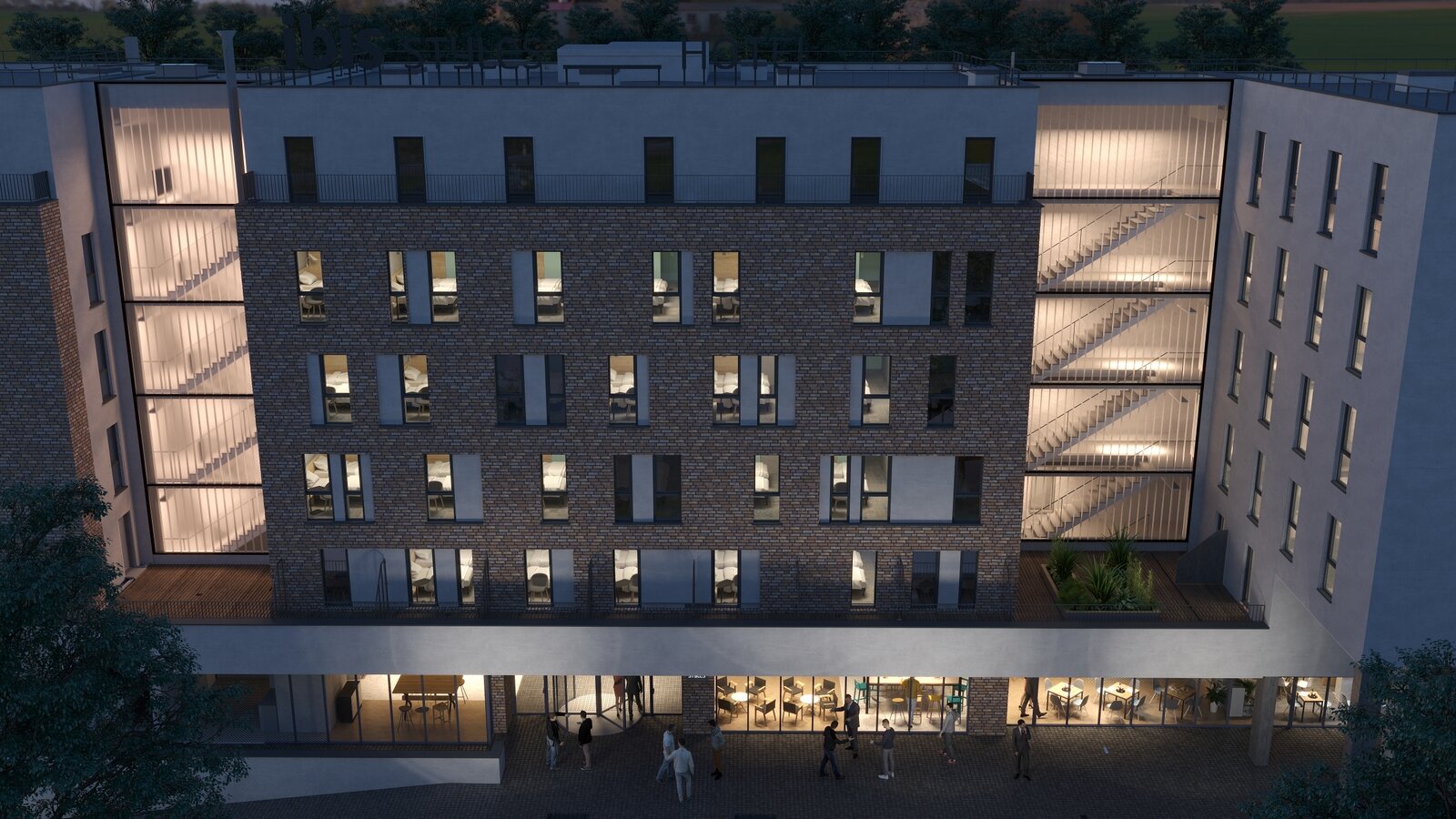 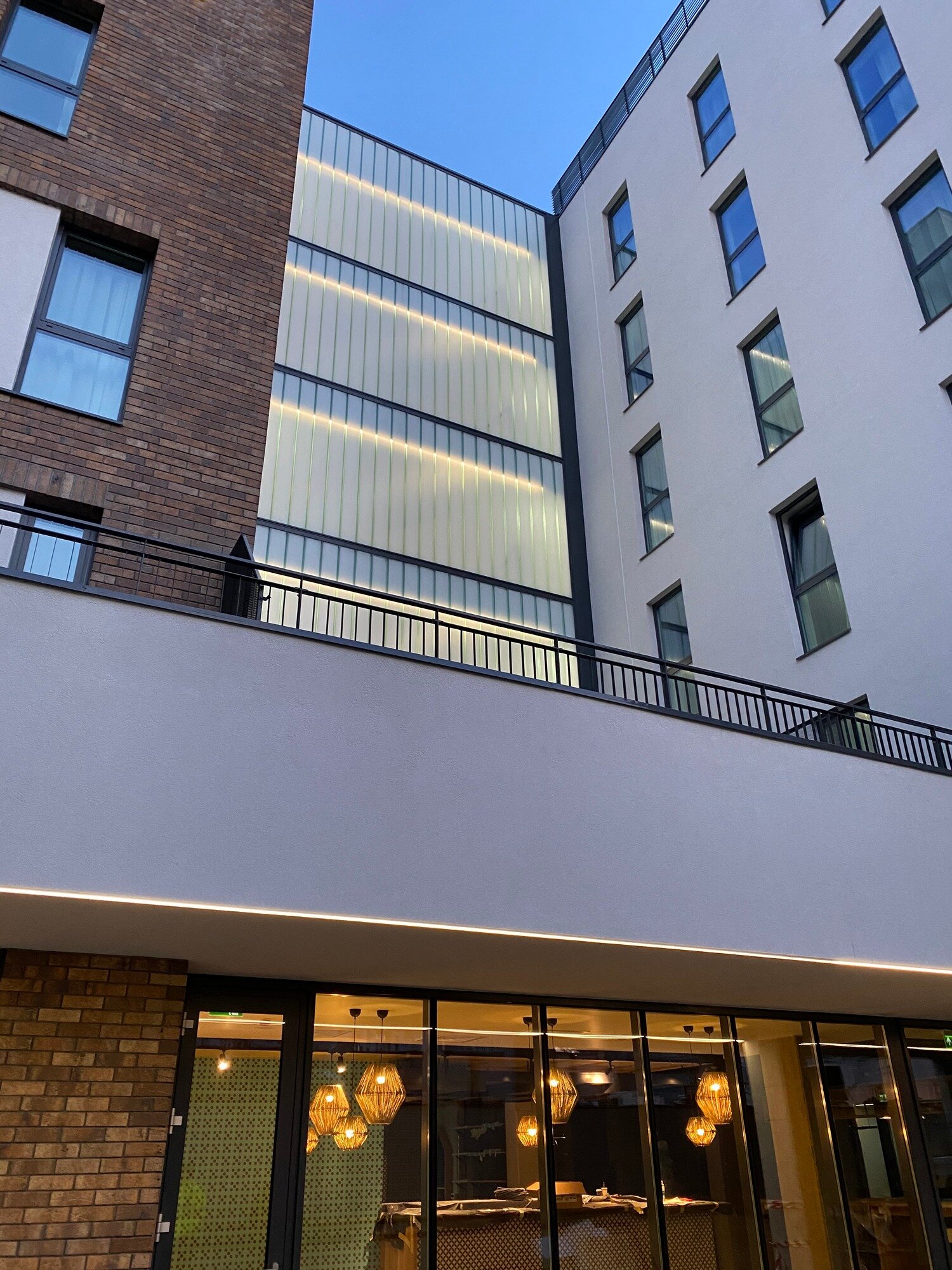 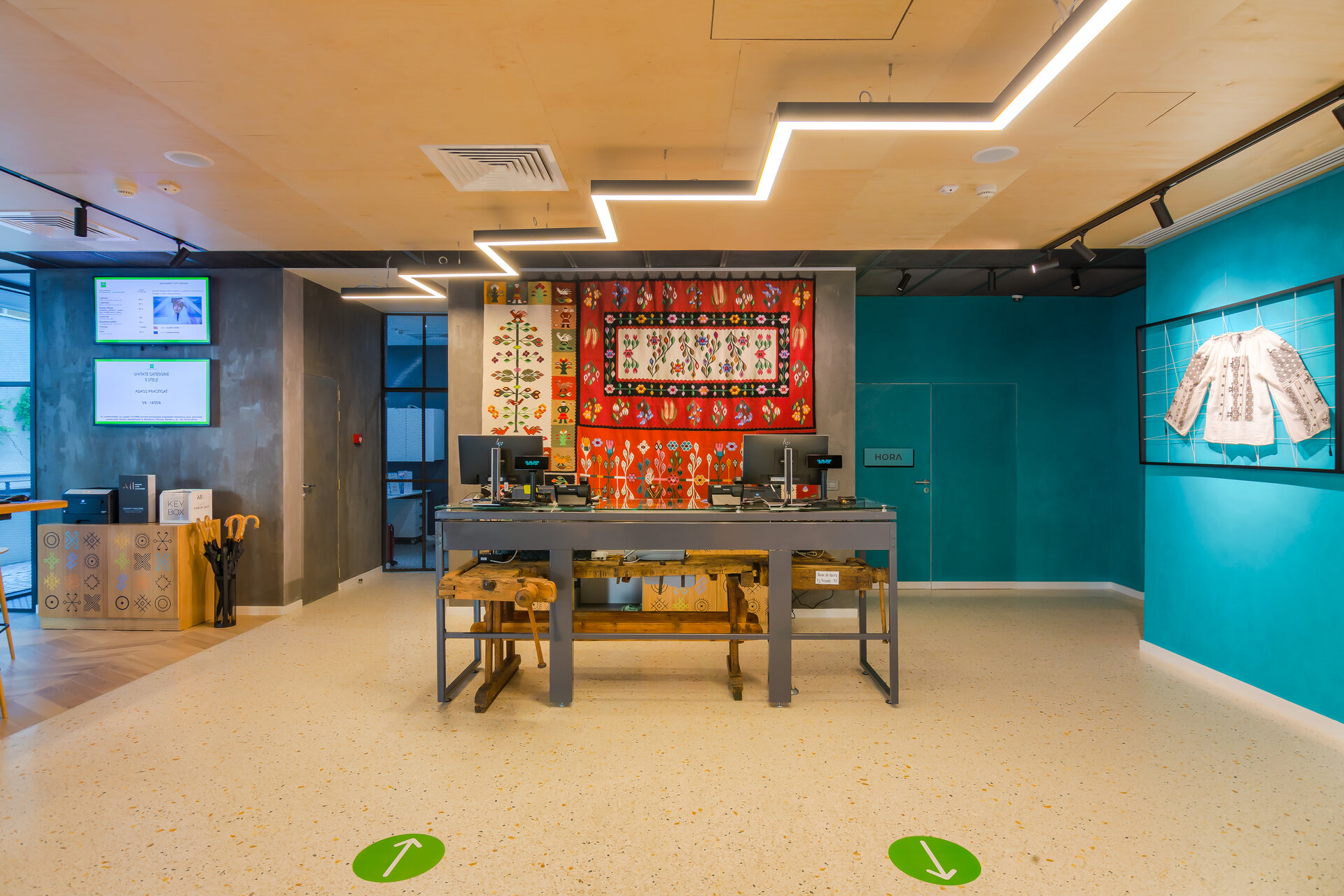 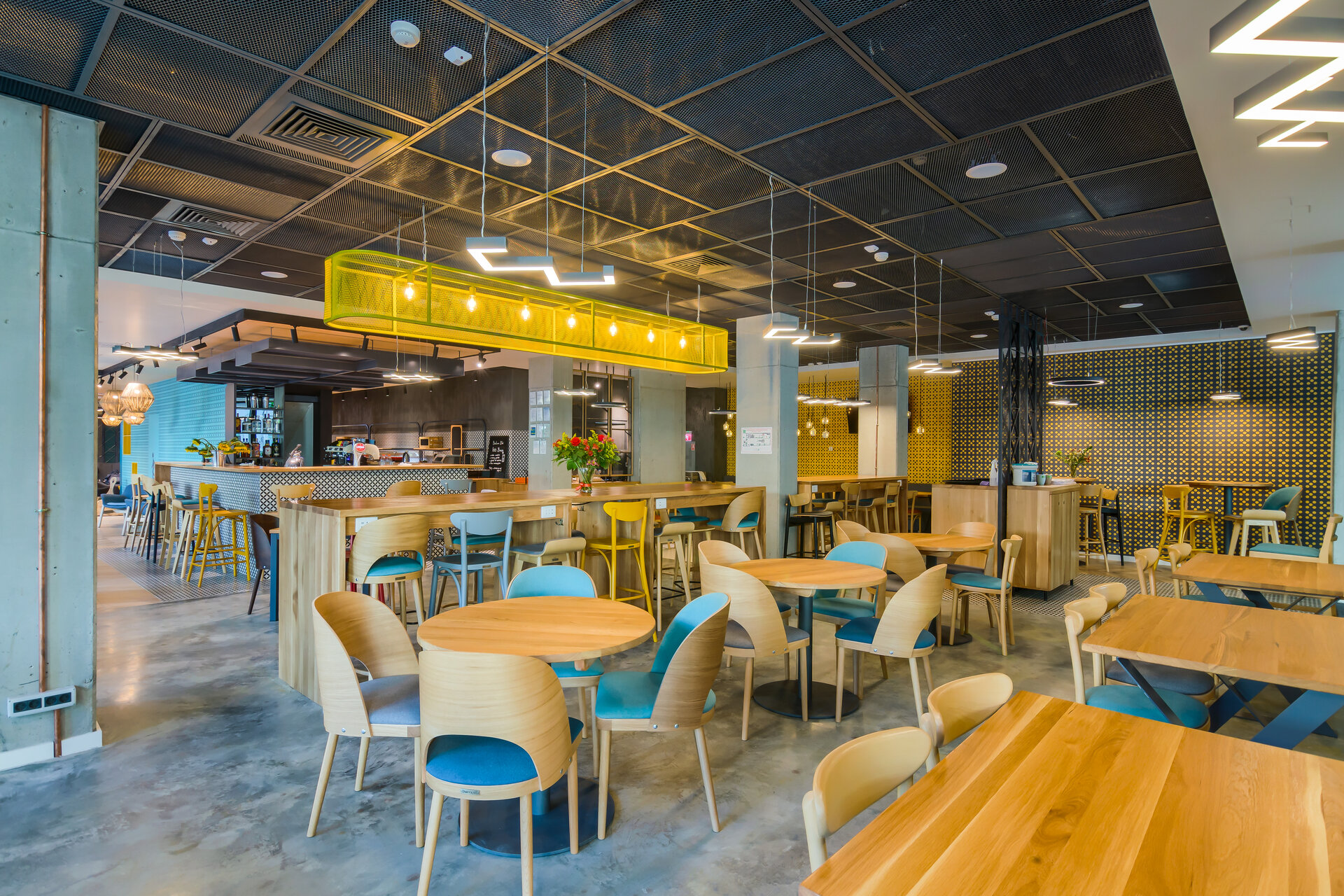 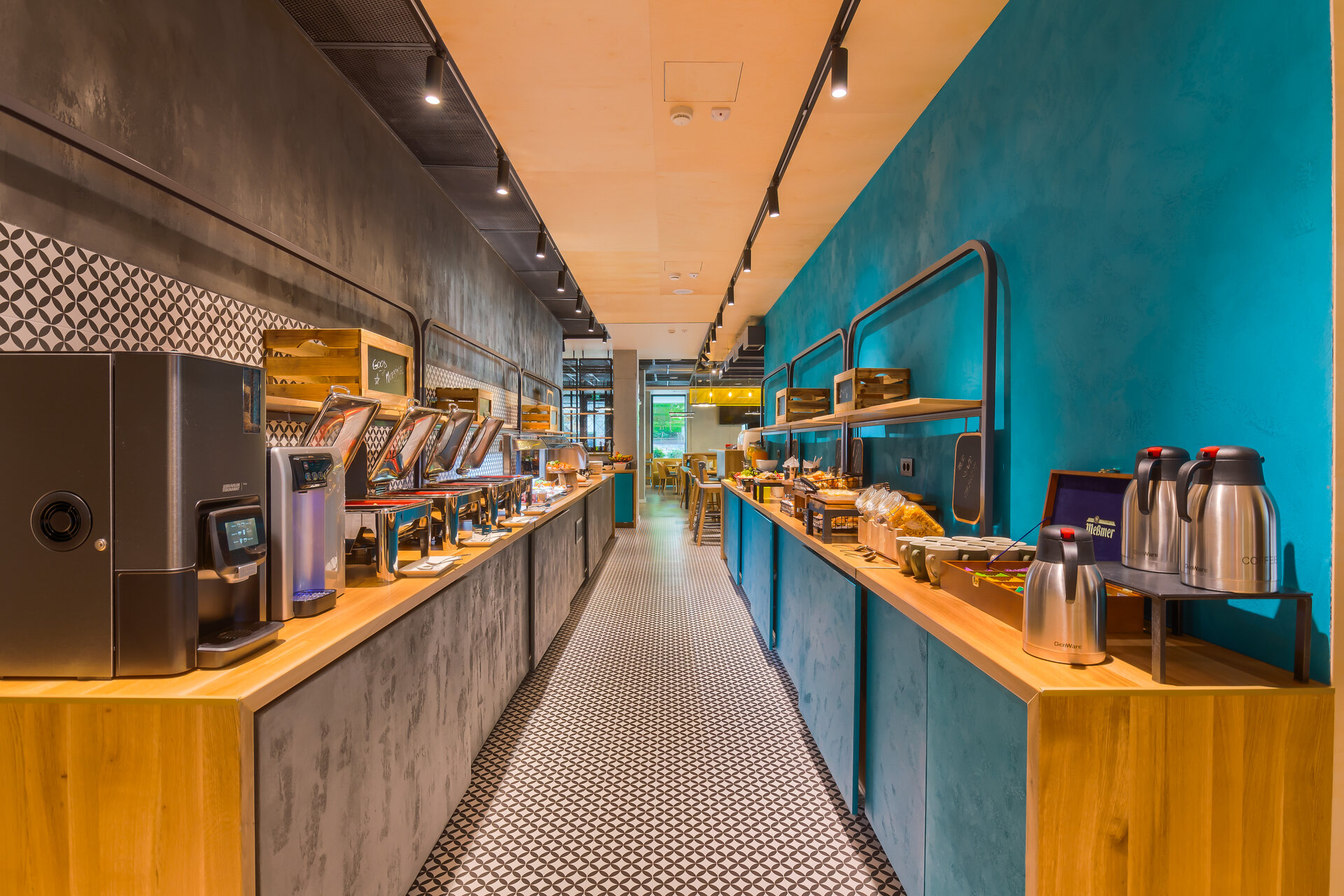 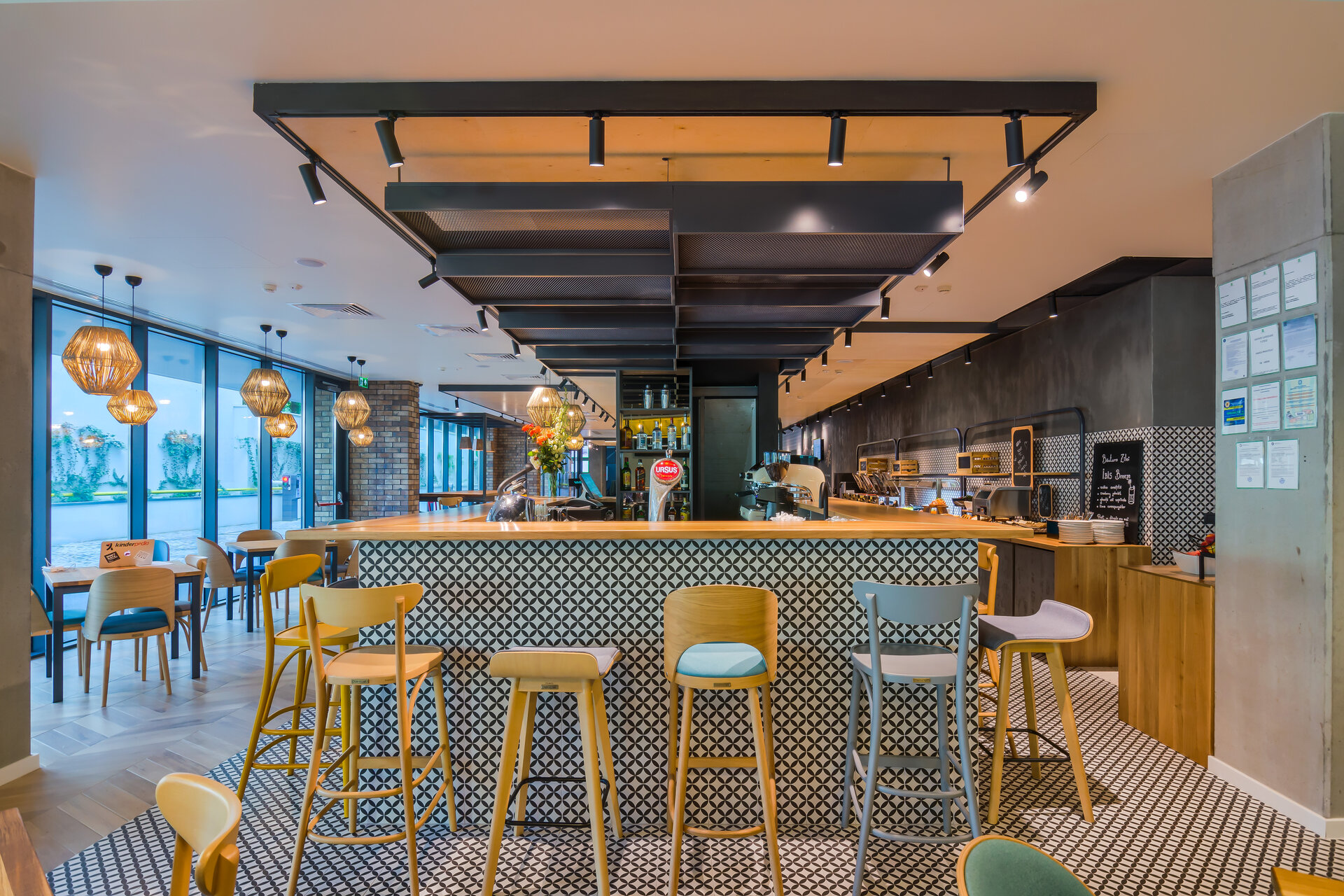 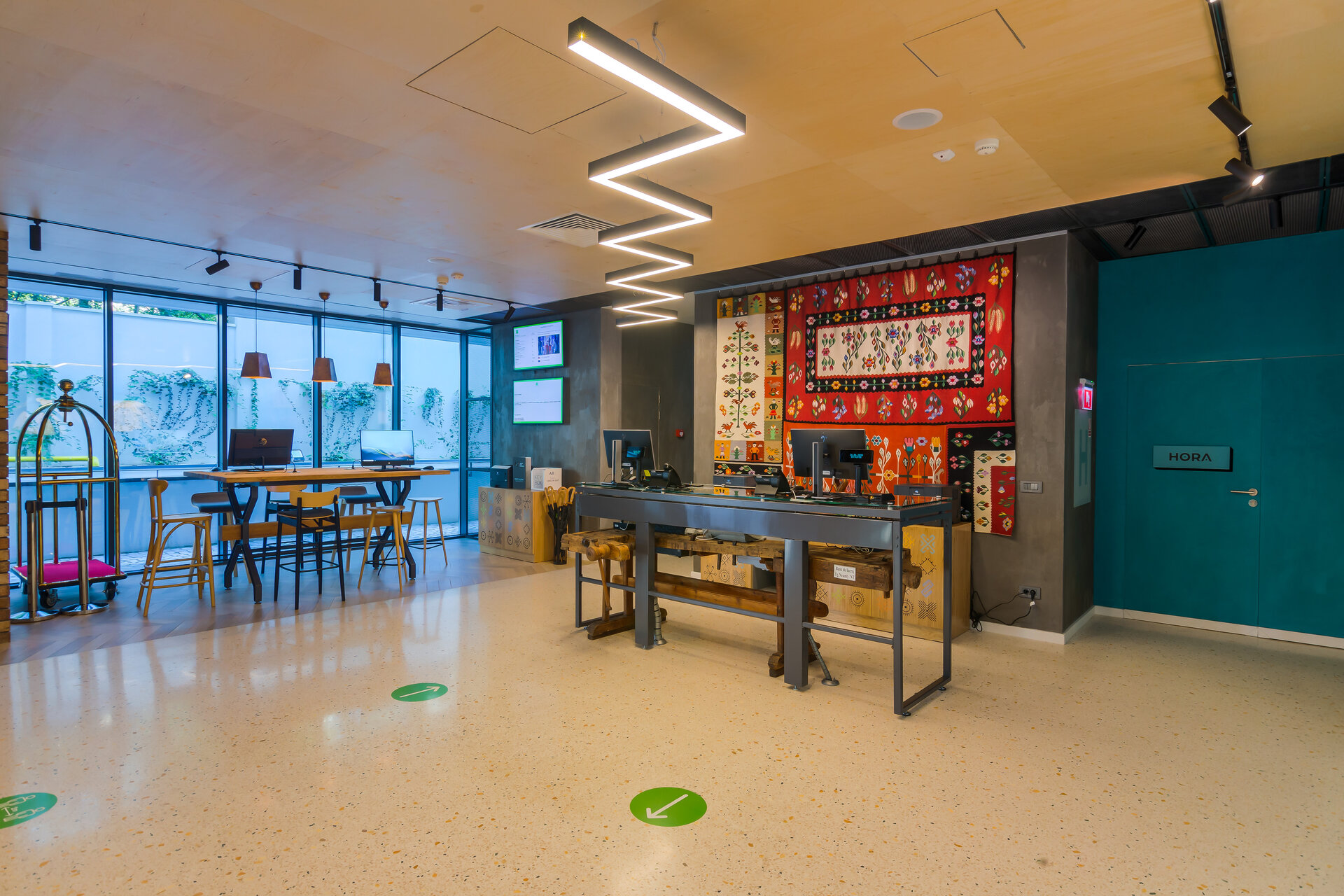 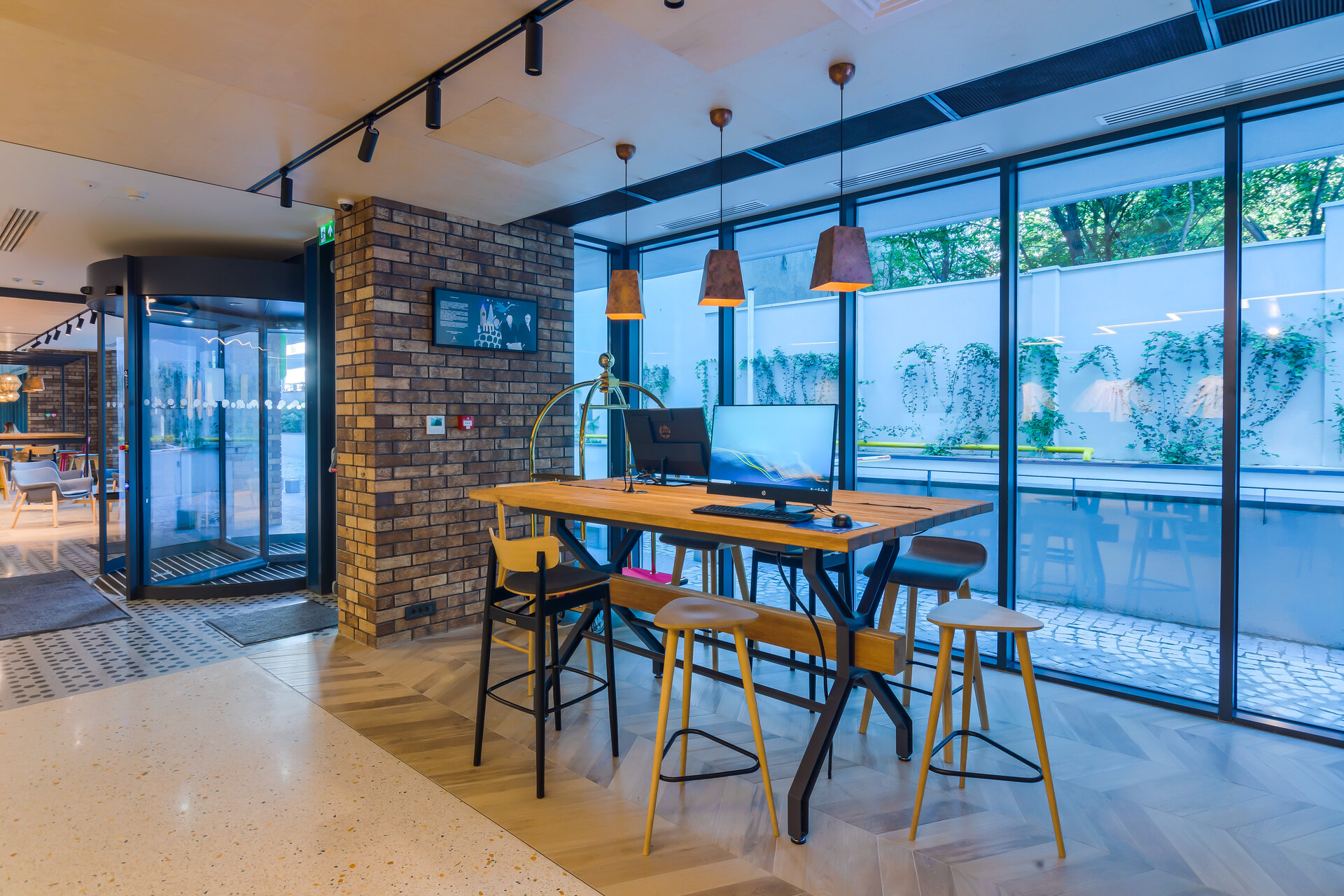 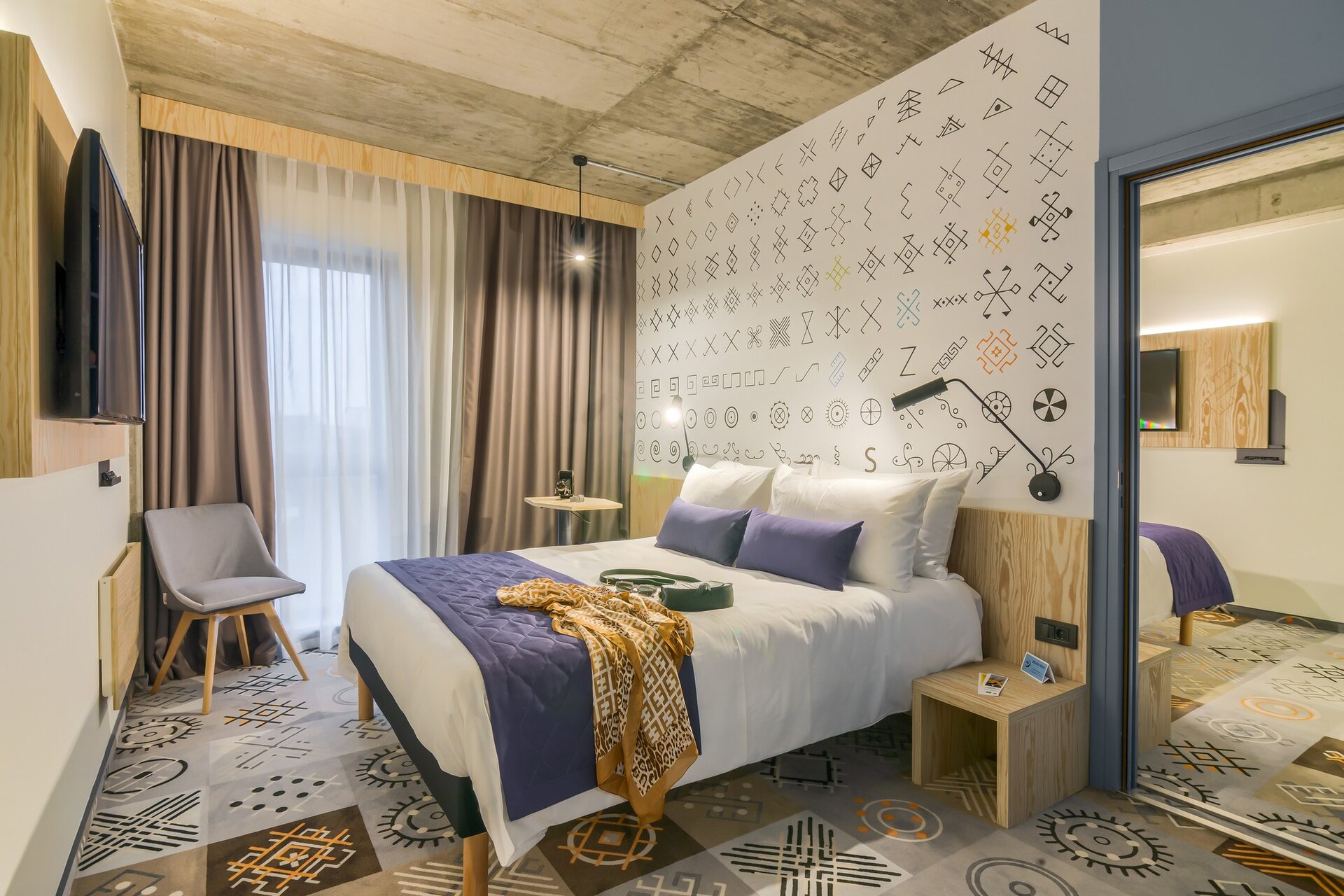 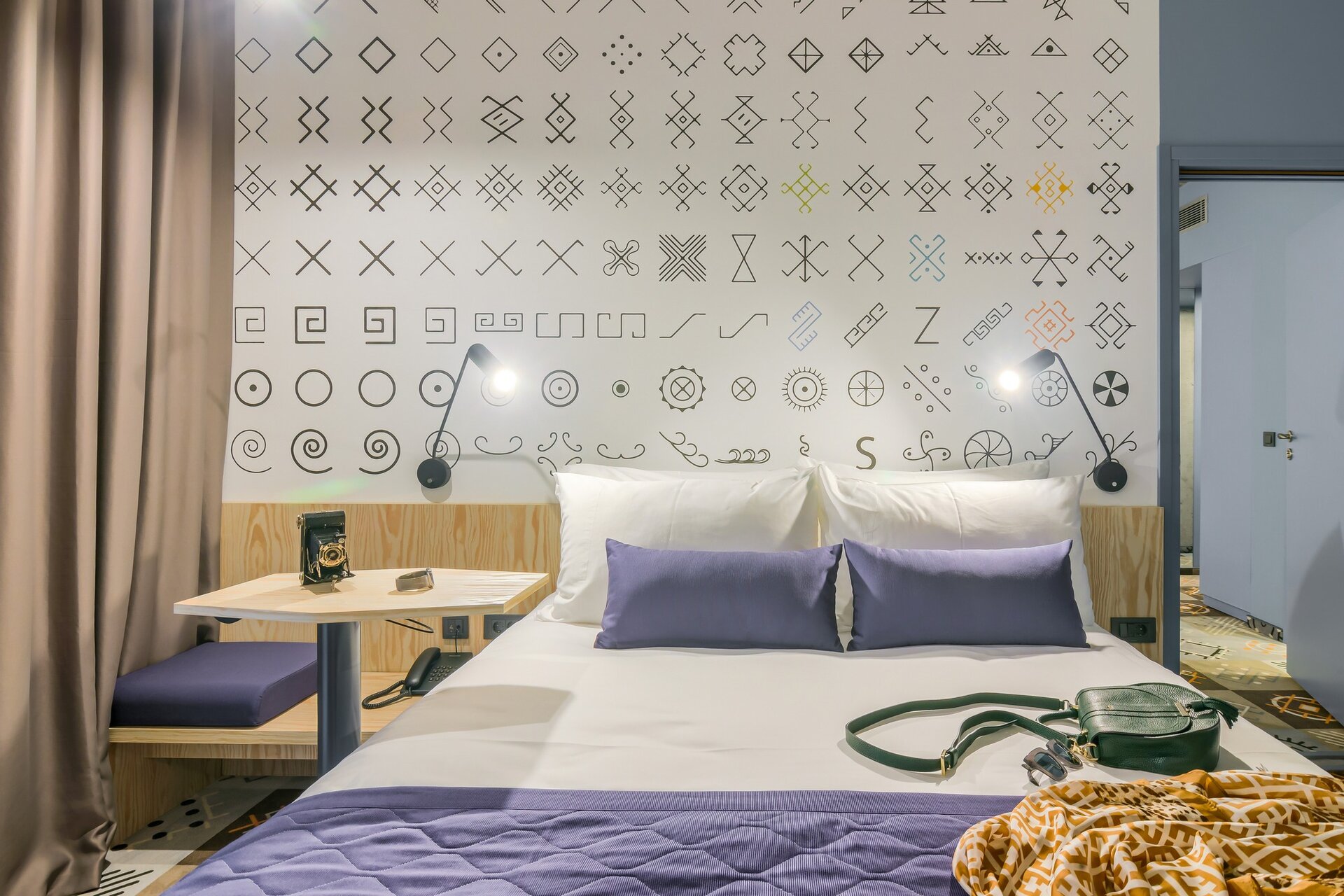 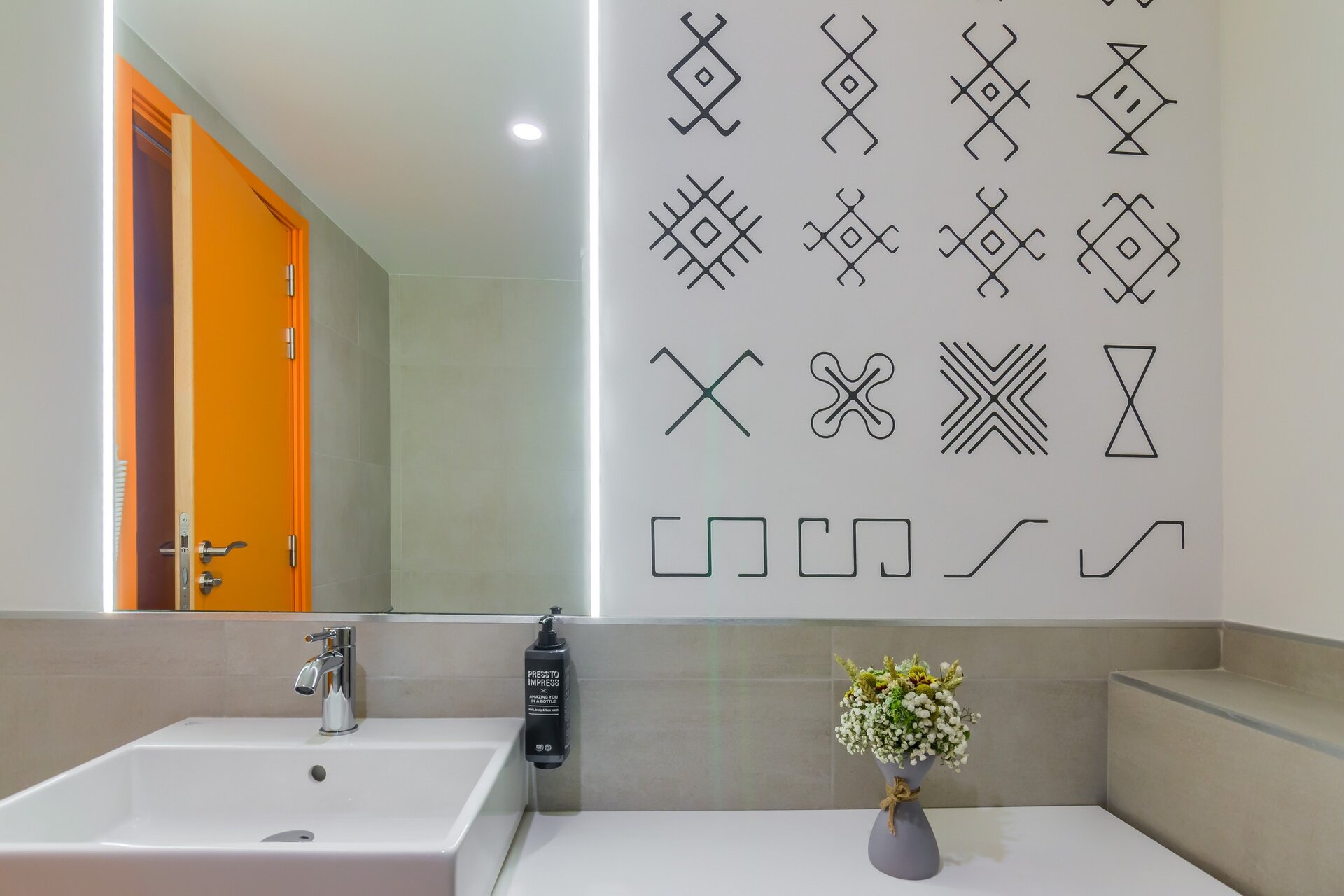