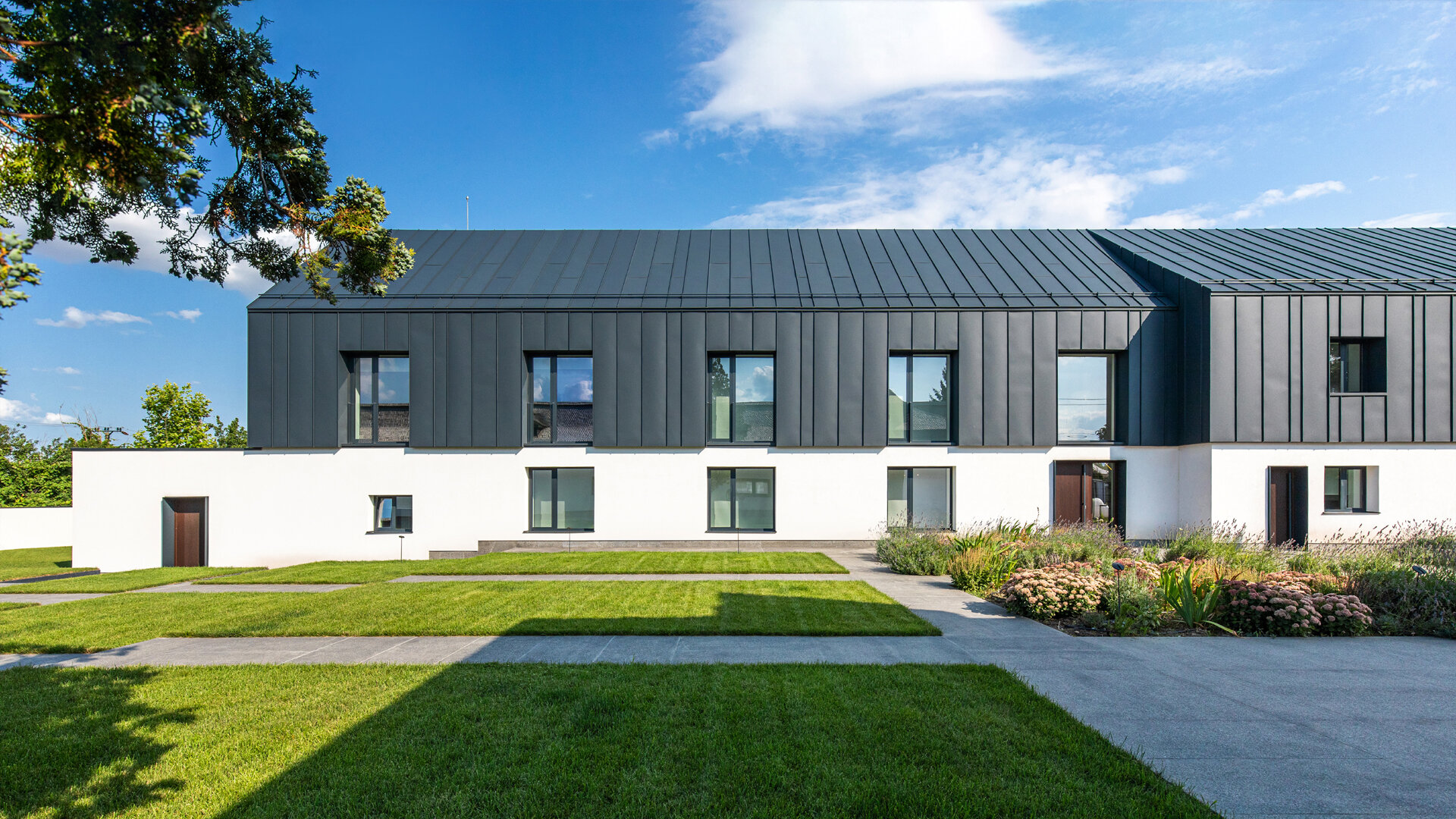 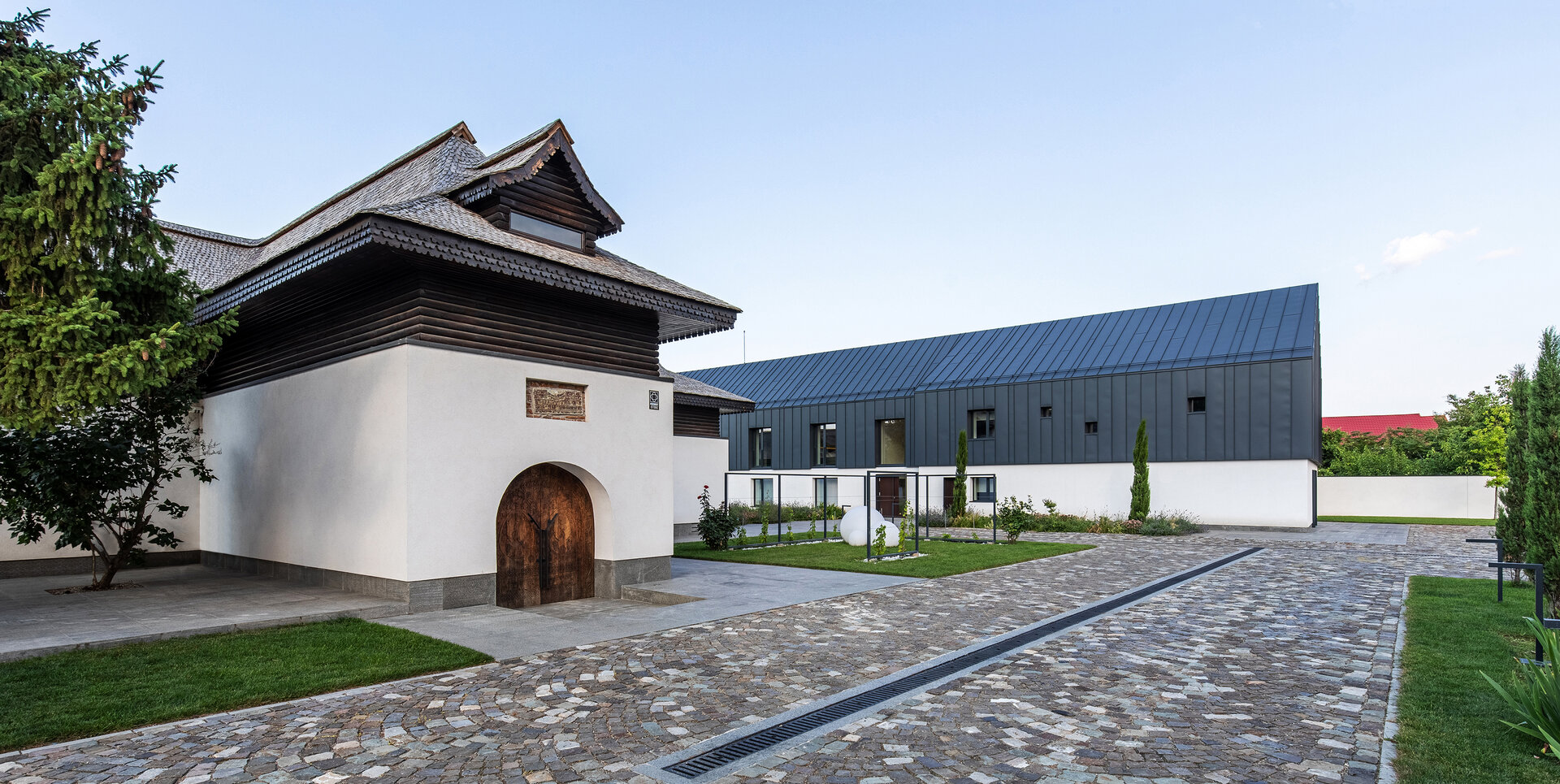 Having a long history and being a landmark for Romanian viticulture, the building complex "Beciul Domnesc" in Odobești benefited from a massive intervention aimed at enhancing the complex and its integration into the tourist circuit.
The complex is mainly composed of 3 elements:
- The cellar, a class A historical monument, is an underground construction
- Winery, a building with food and drink role (wine tasting areas, bar, administrative areas and annexes) which lays on the ground floor, above the cellar
- The guest house is a building used for accommodation that also benefits from a living space (living room, dining room, kitchen, annexes), with a height of GF + 1F. In the same volume, a museum has been set up that preserves the original equipment for wine production and that also functions as a space for video projections.
The aim was to preserve the cellar intact, the interventions being limited to the enhancement of the dramatic space through a scenic lighting, as well as to some minimalist functional accessories. The carved wooden access door has been restored.
The remodeling of the above-ground buildings aimed at preserving the valuable elements, and integrating them into a contemporary architectural language. Thus, at the Winery building, the silhouette of the original building defined by the volume divided into 3 horizontal registers was maintained. The shingle roof has been restored.
In the case of the Guest House, it was decided to completely remodel the facades in a neutral contemporary manner, considering that the recent original building did not have a special value. It was decided to mark the levels in two horizontal registers, the upper one covered with folded sheet, continuing with the roof. The volume covered with a gable roof, the way of treating the windows and the ratio between walls and window holes refer to the traditional architecture, for an optimal harmonization.
The interior arrangements for the both above-ground buildings was driven by functional needs. By the way of sizing the spaces, as well as by the finishes used, the aim was to achieve a high level of comfort and prestige in accordance with the significance and importance of the objective.
The finishes used are characterized by simplicity and neutral colors. Portions of the original masonry were exposed as testimonies of the past and highlighted by indirect lighting.
Particular attention was paid to landscape design. The platform on which the buildings are located was organized on the basis of an orthogonal plot in an alternation of granite floor areas and green spaces. The lawn and the low vegetation aimed at accentuating the horizontal compositional vector that characterizes the whole ensemble. 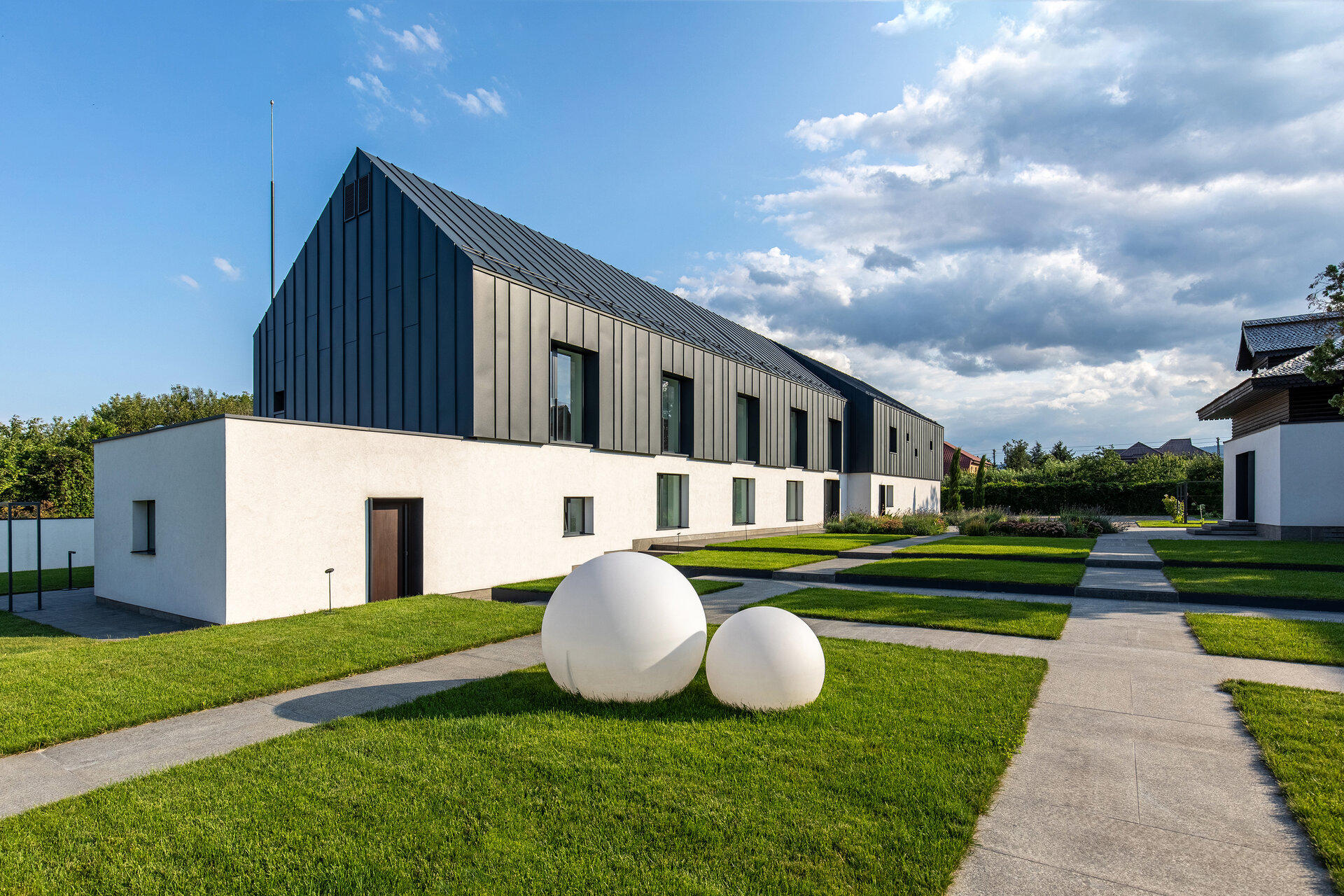 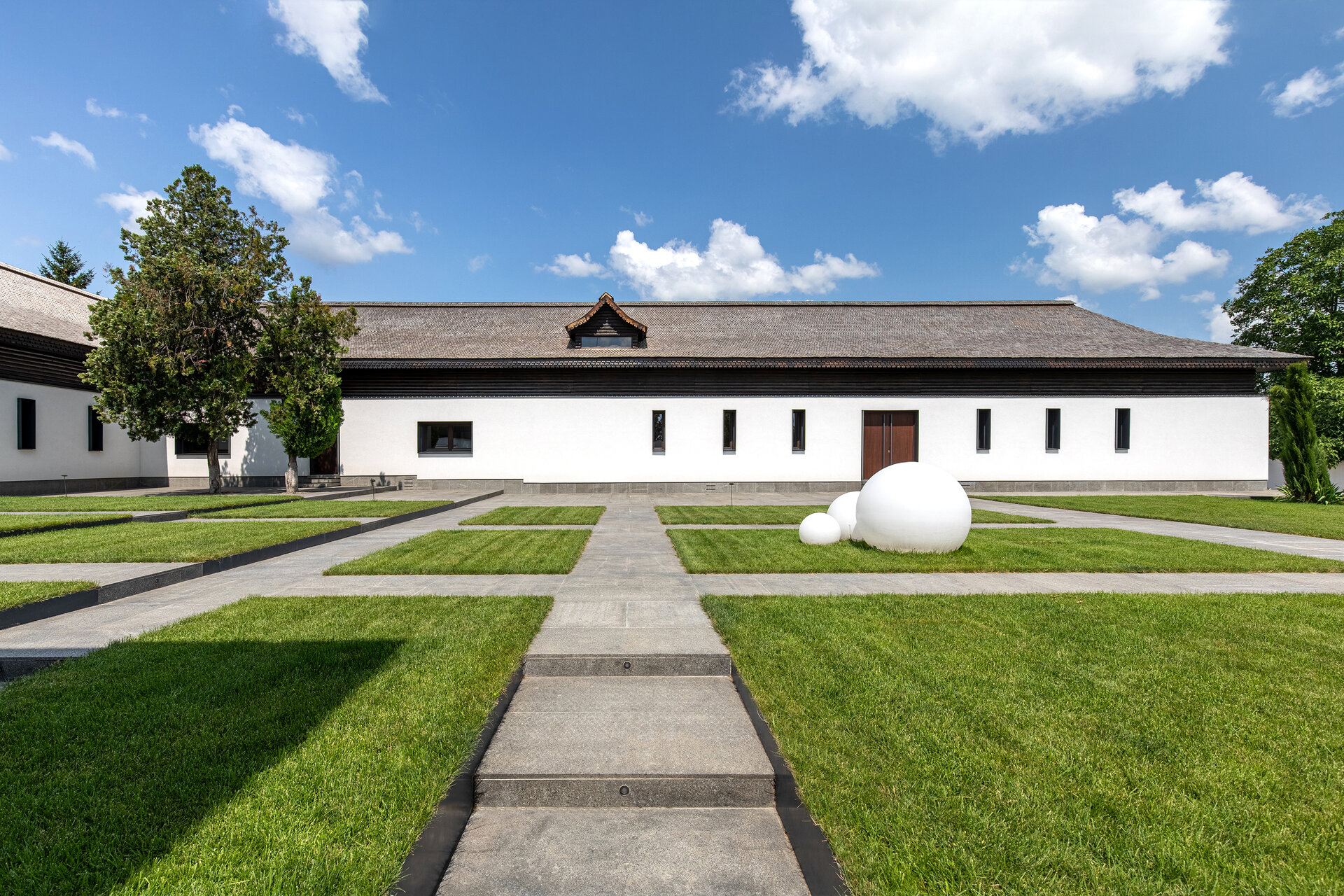 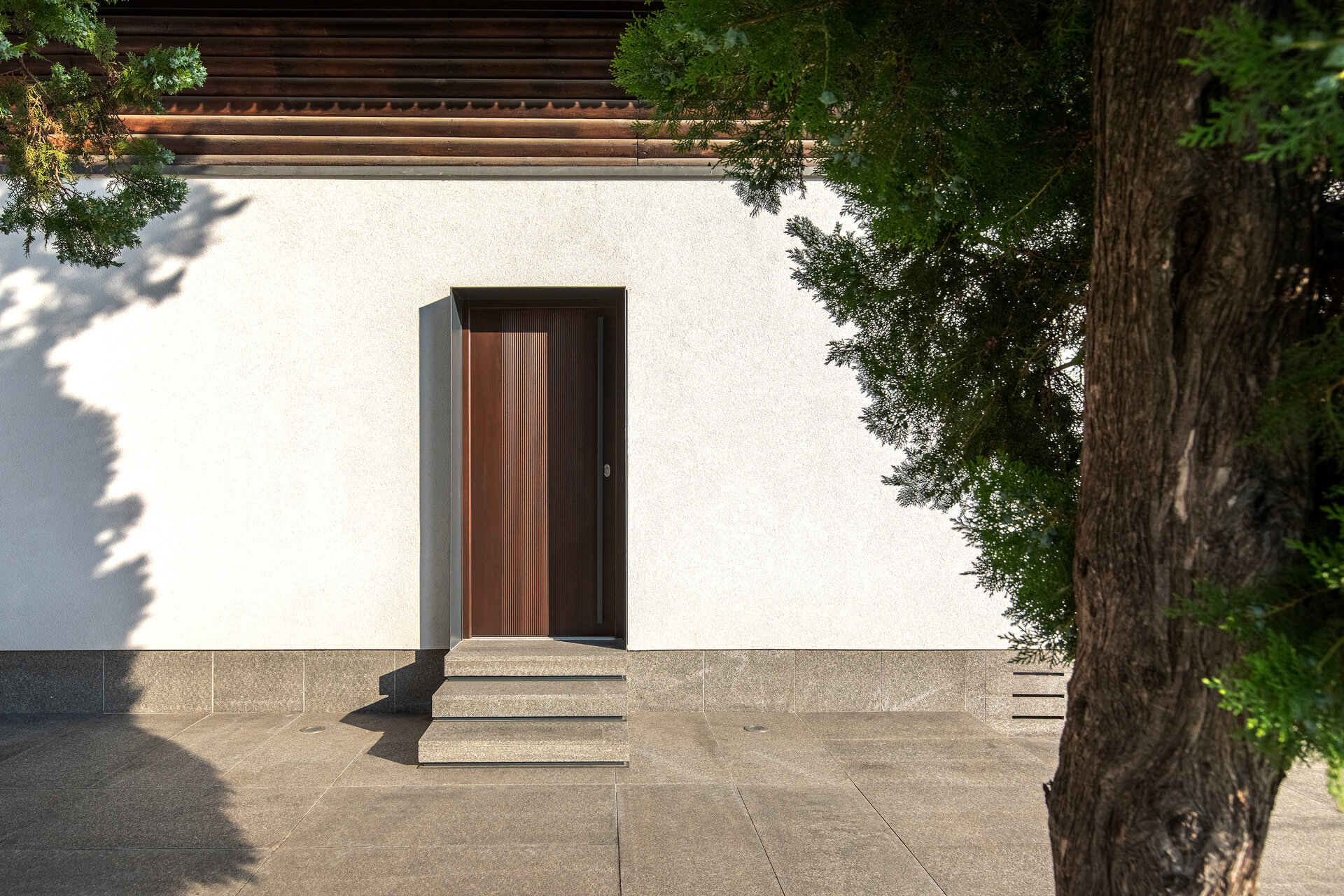 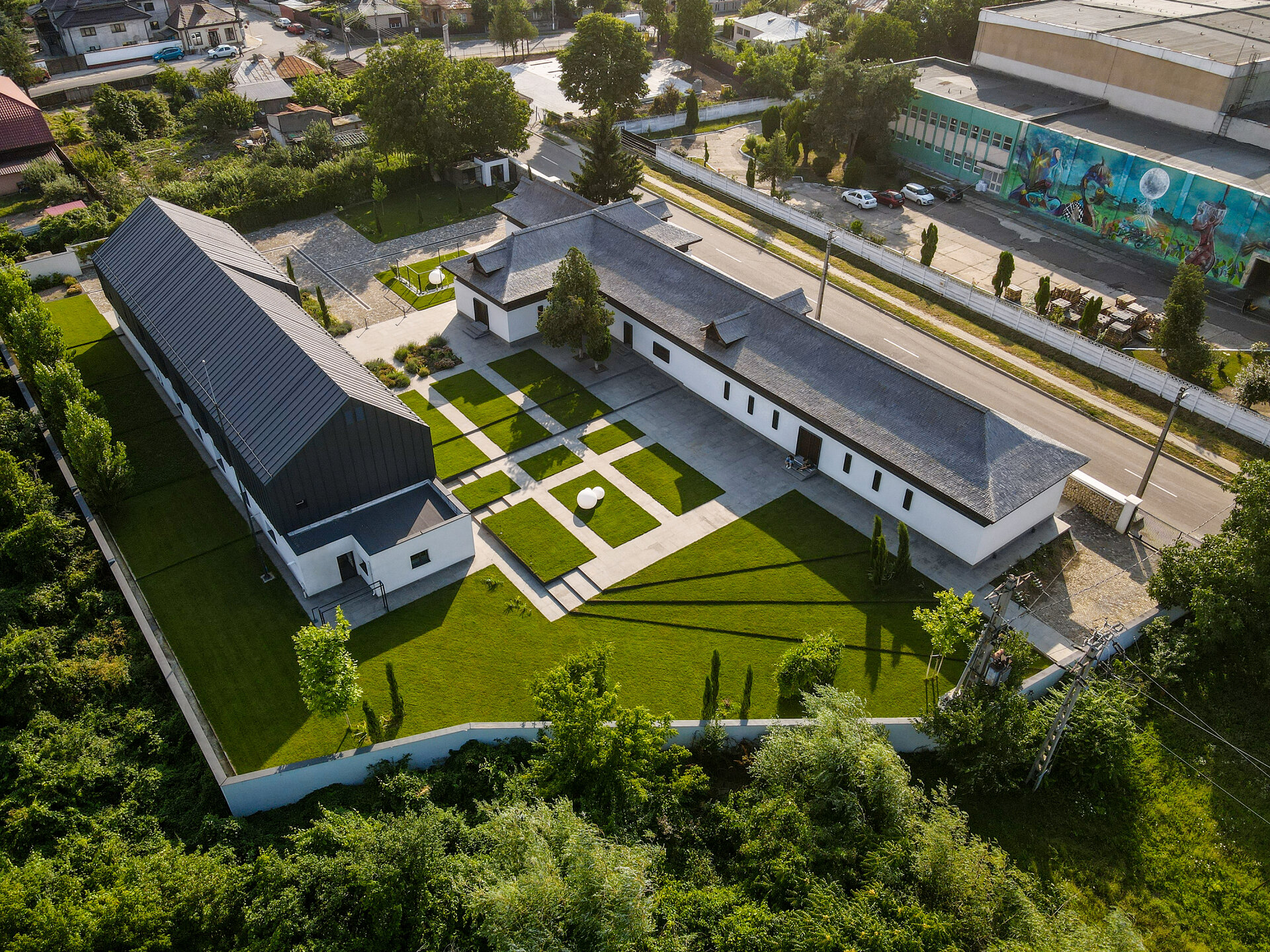 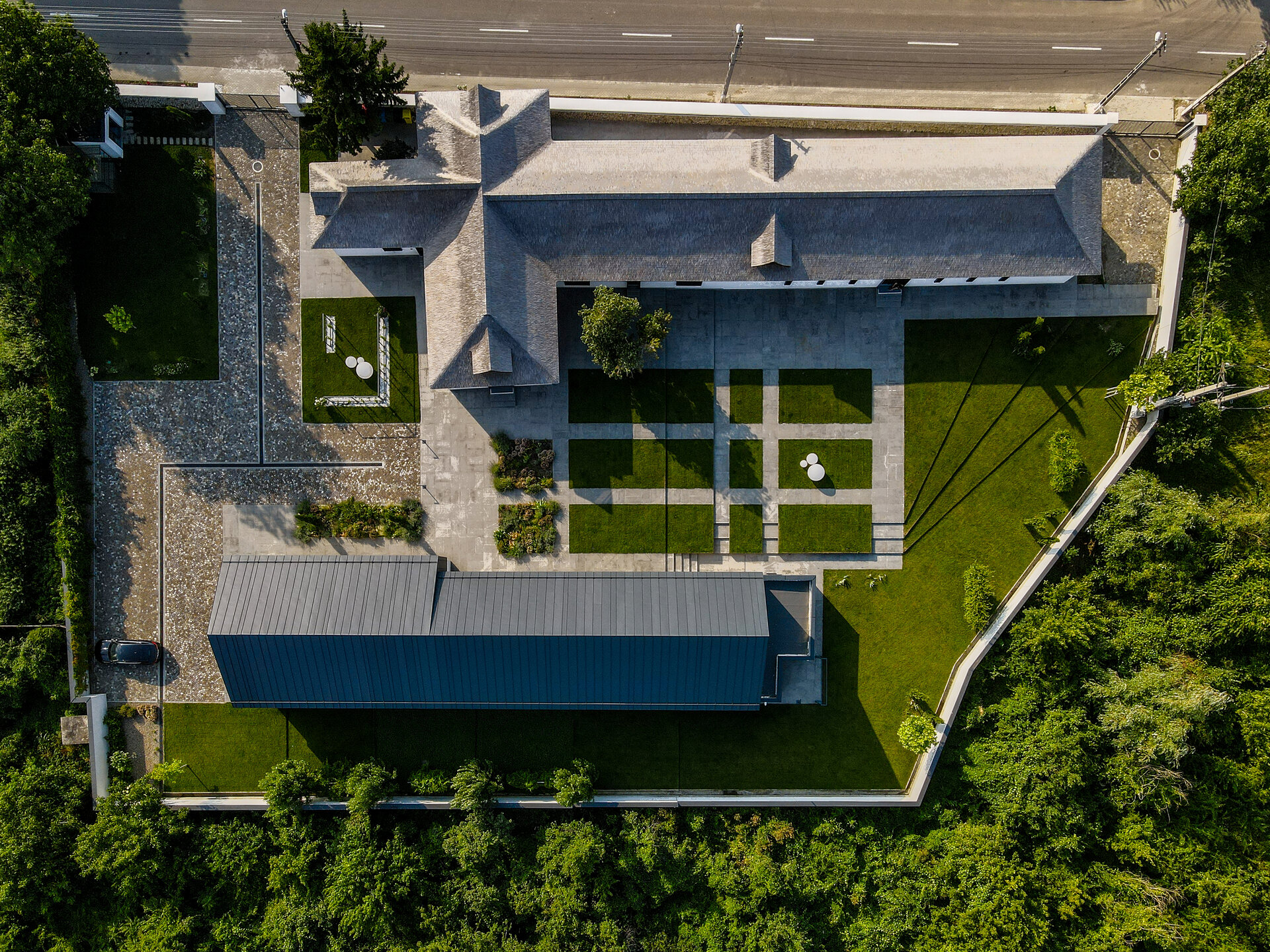 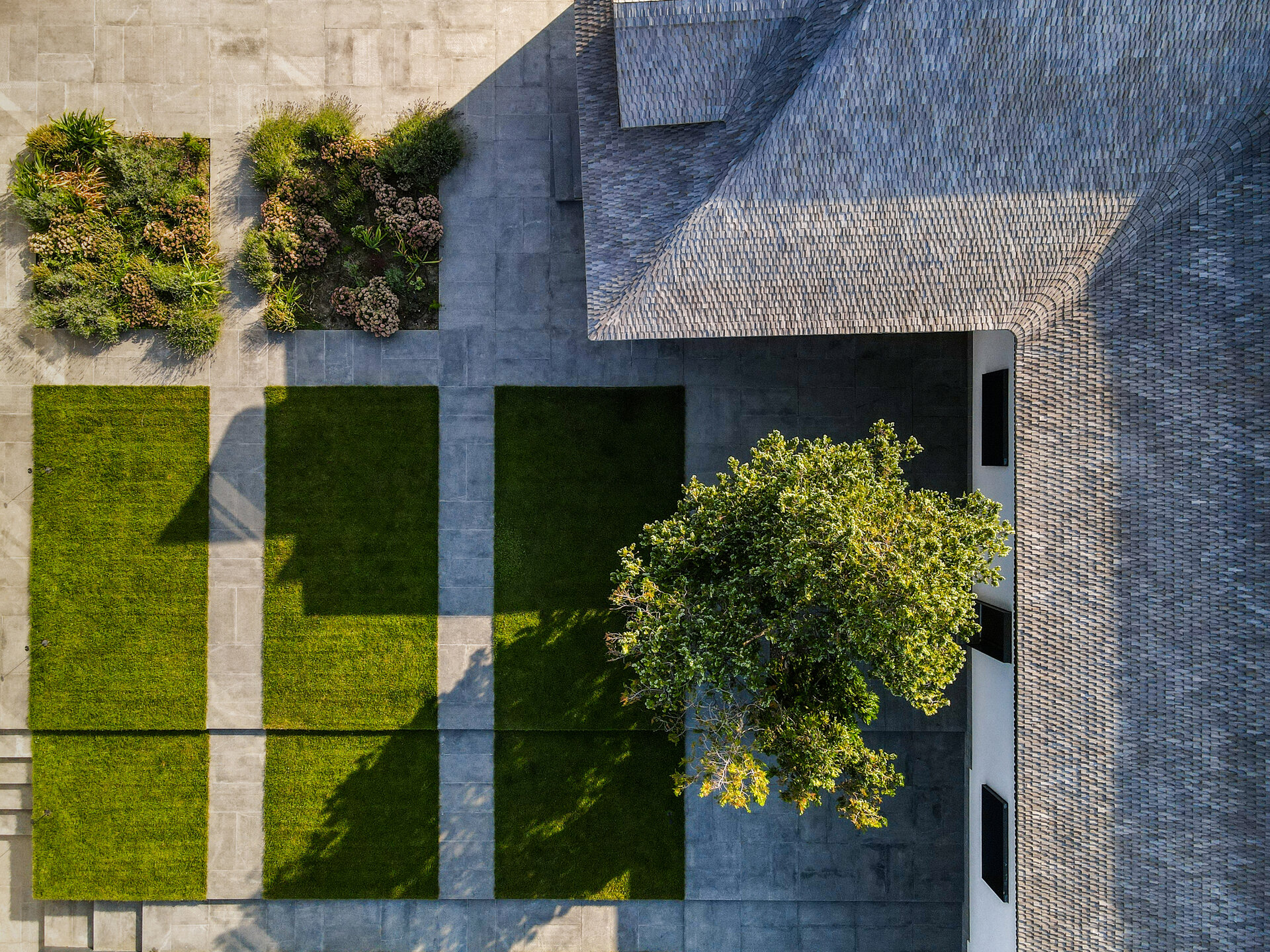 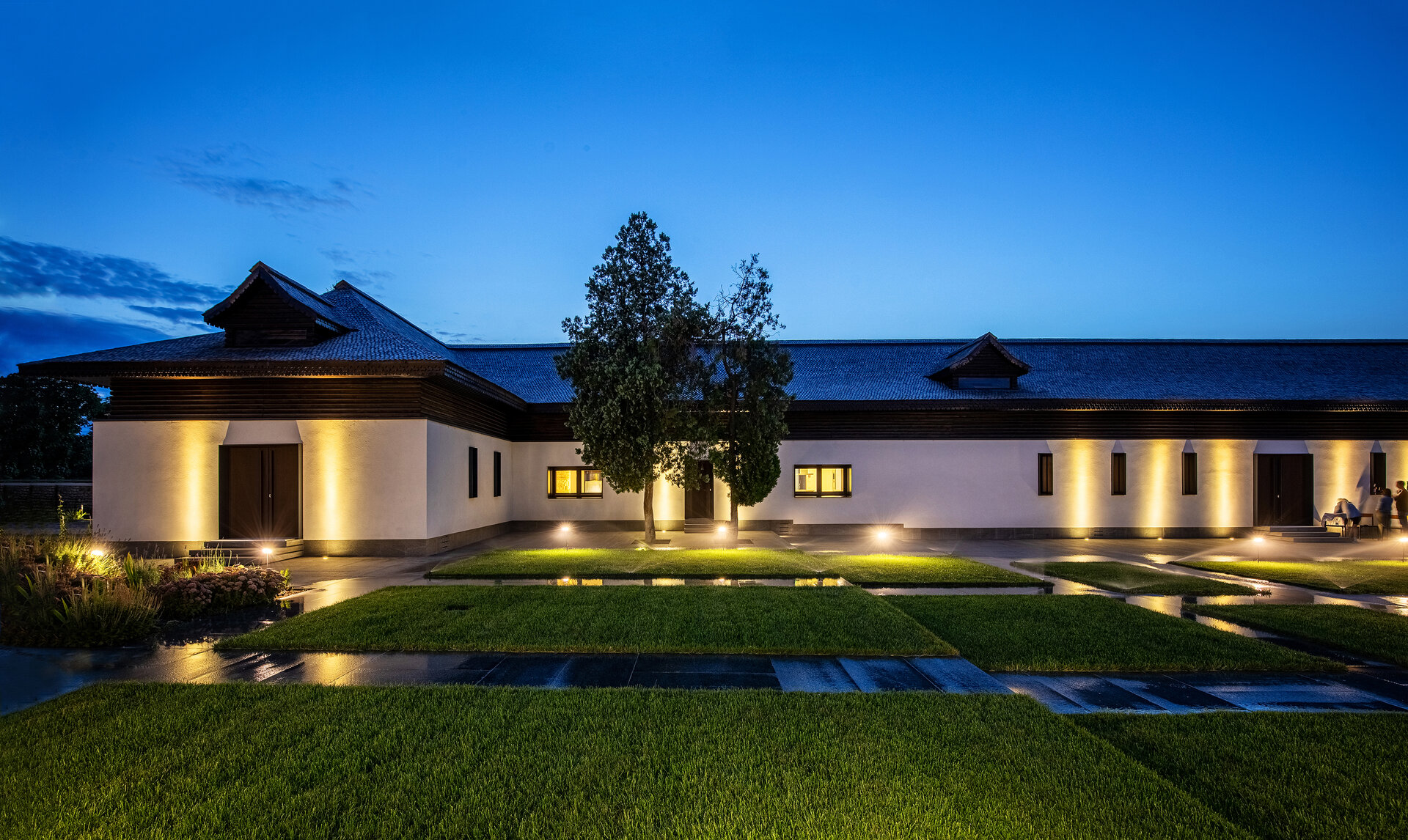 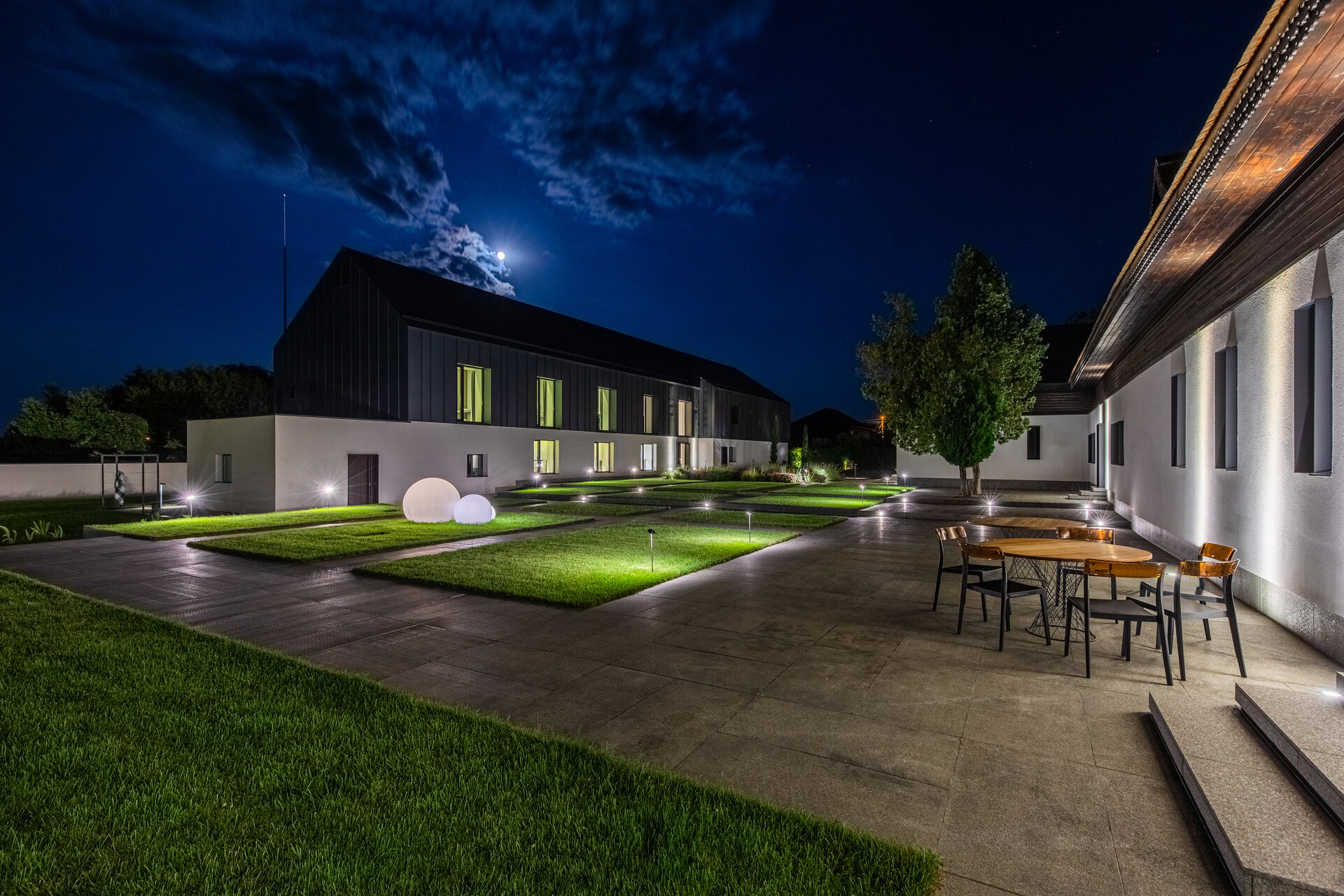 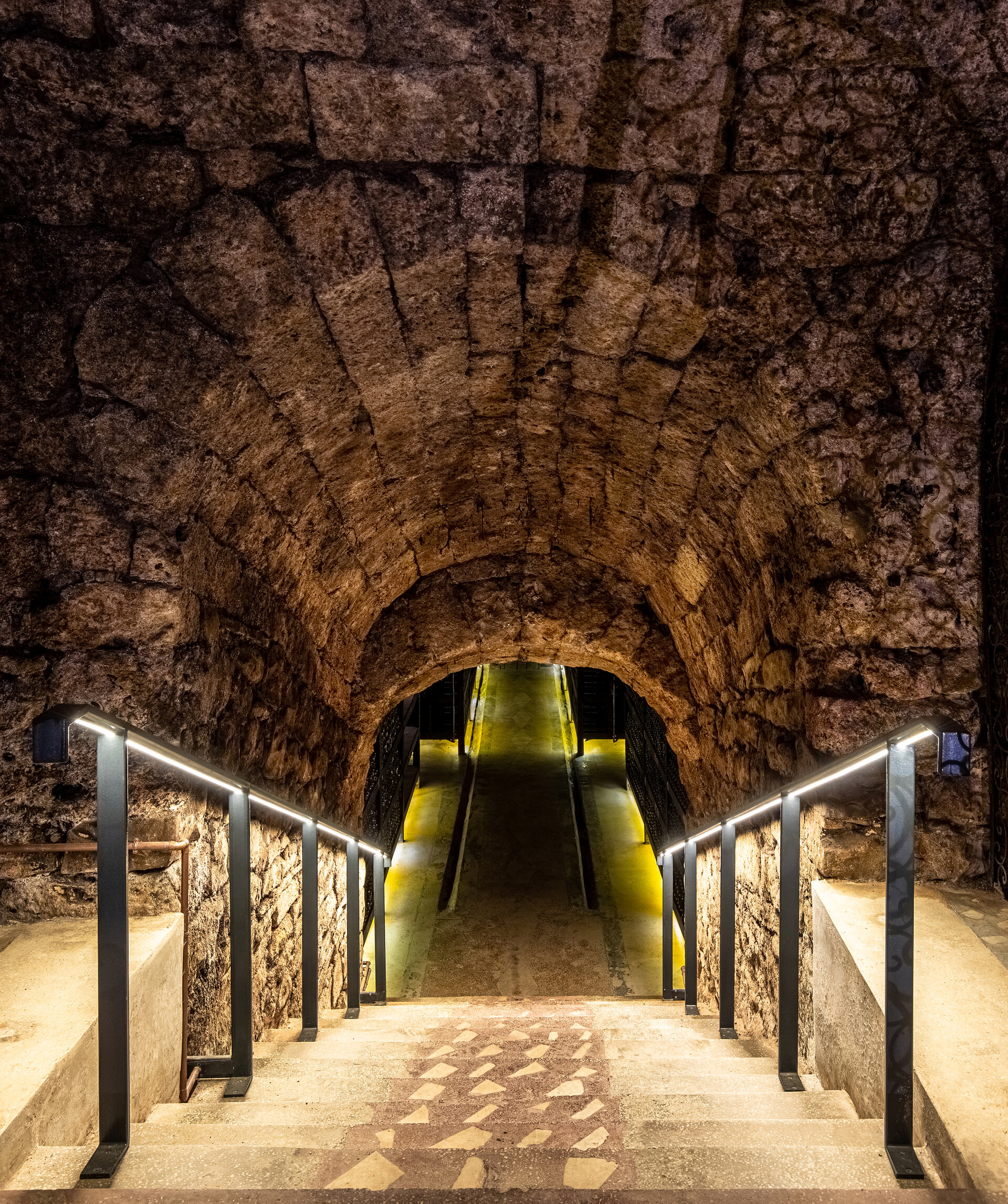 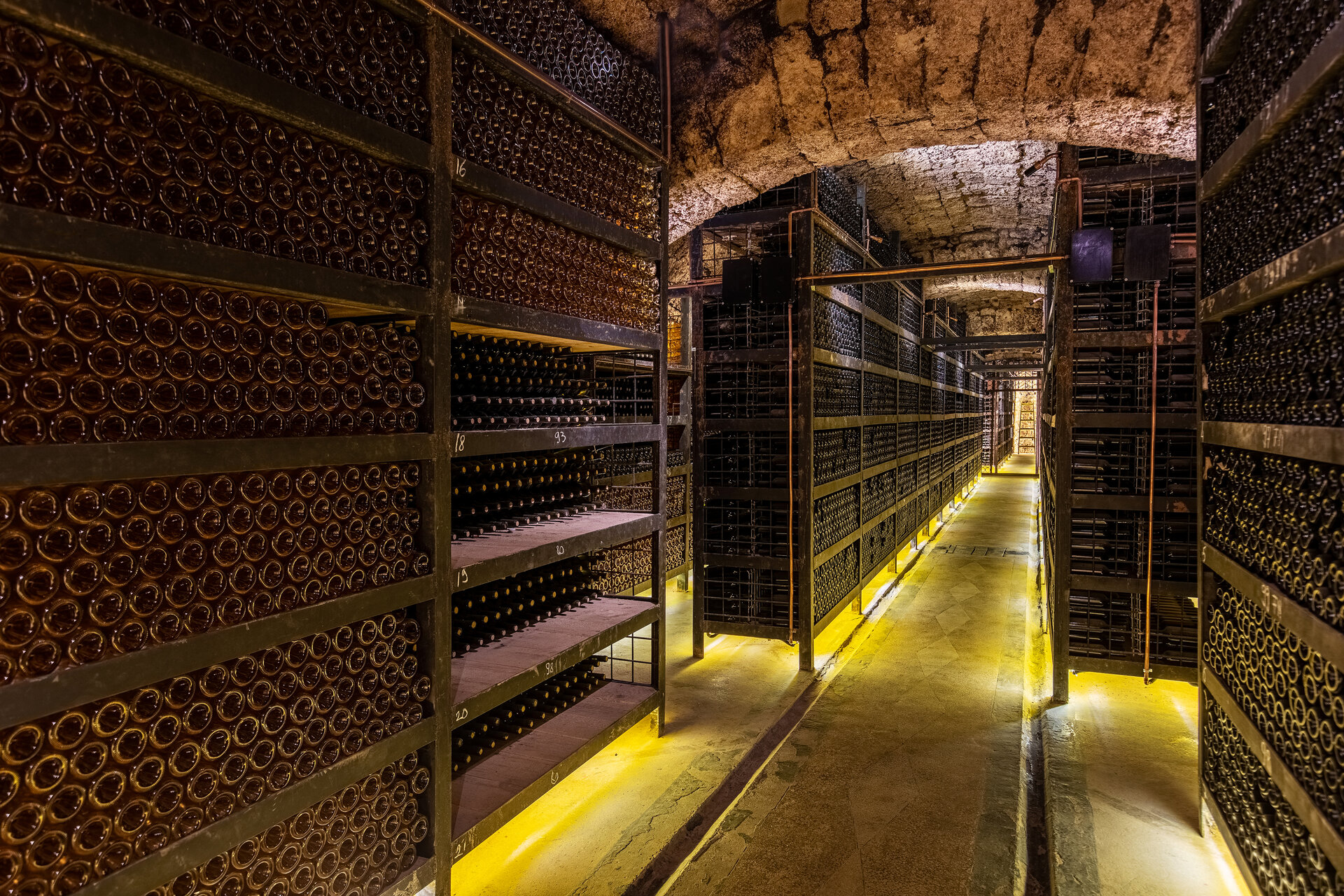 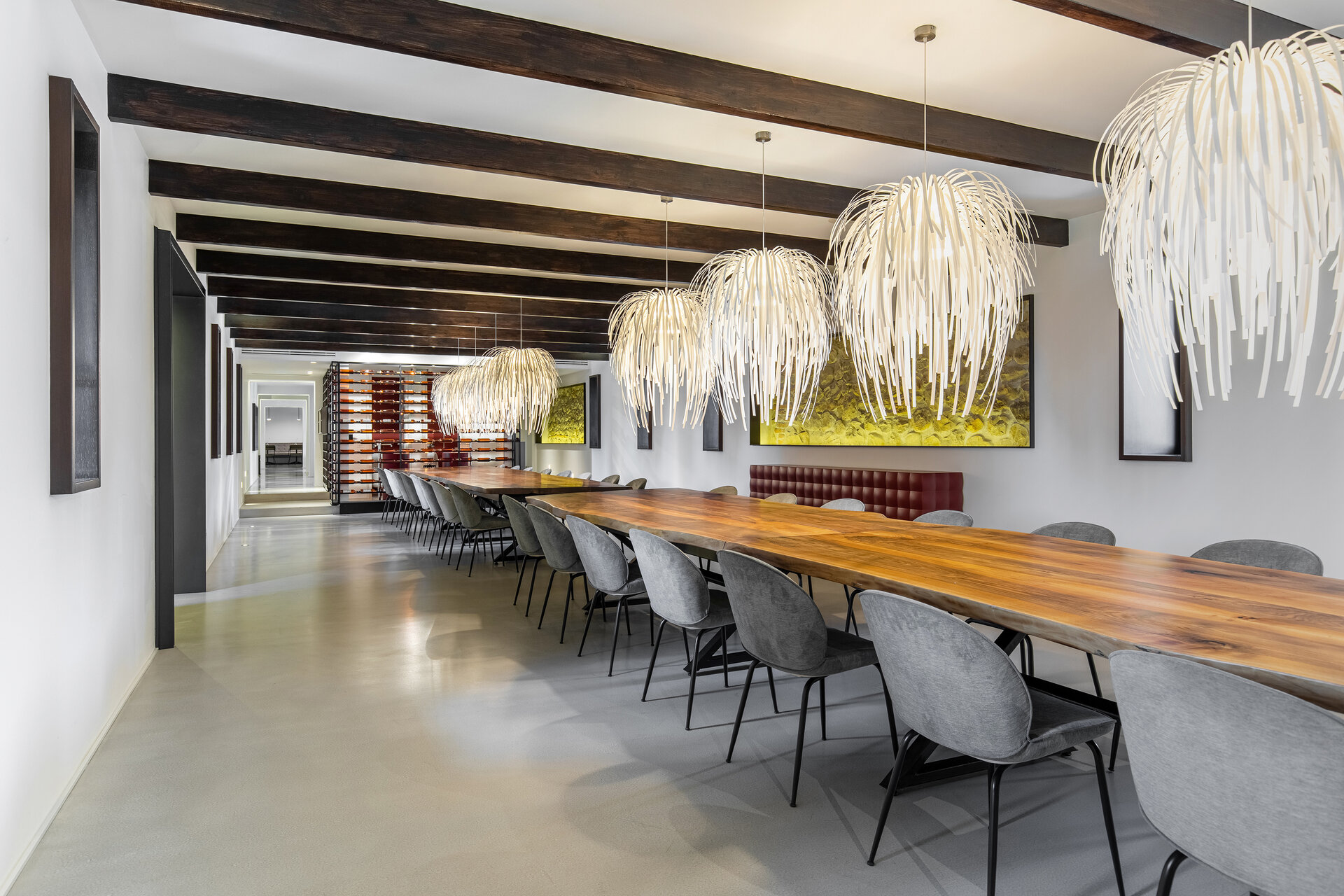 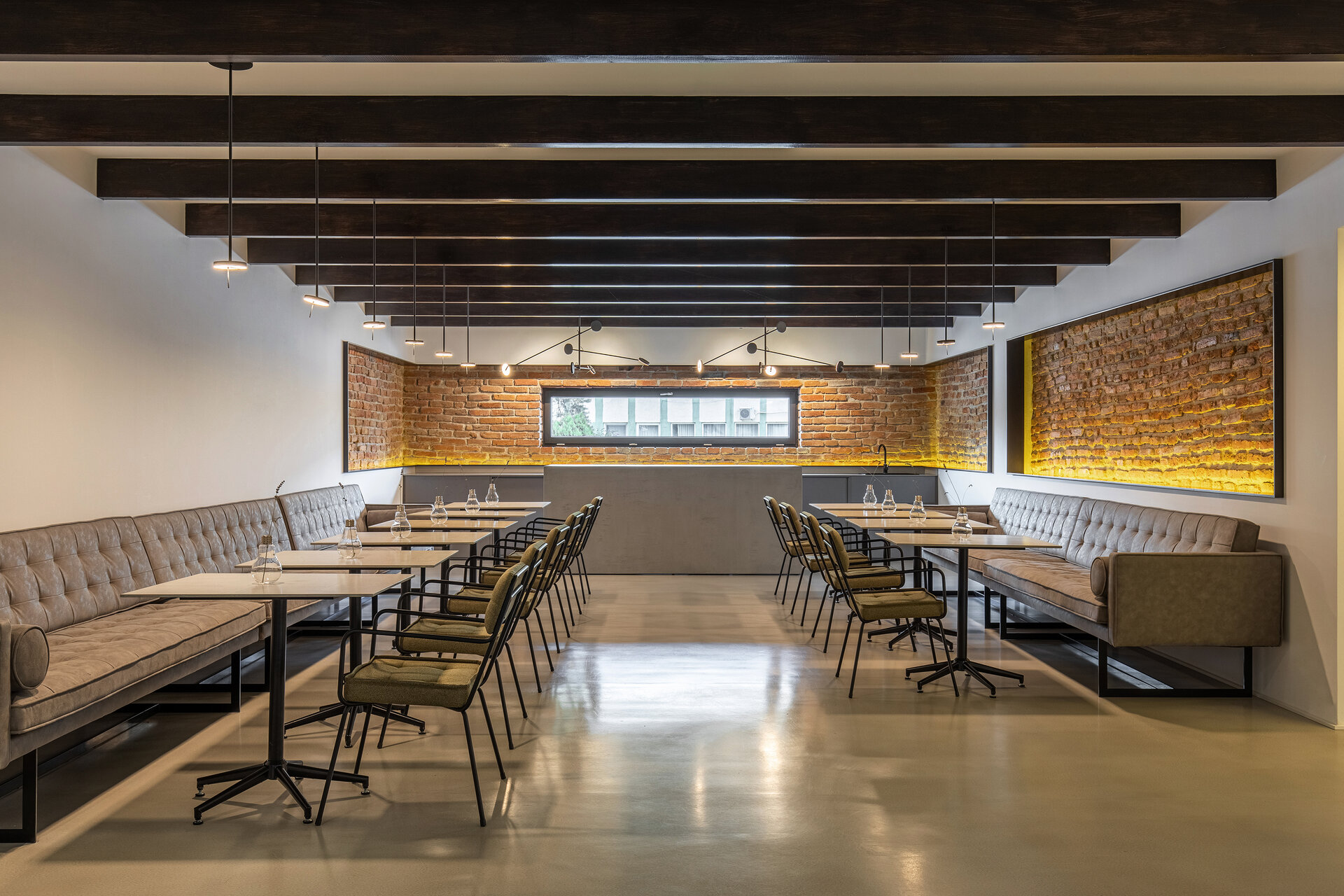 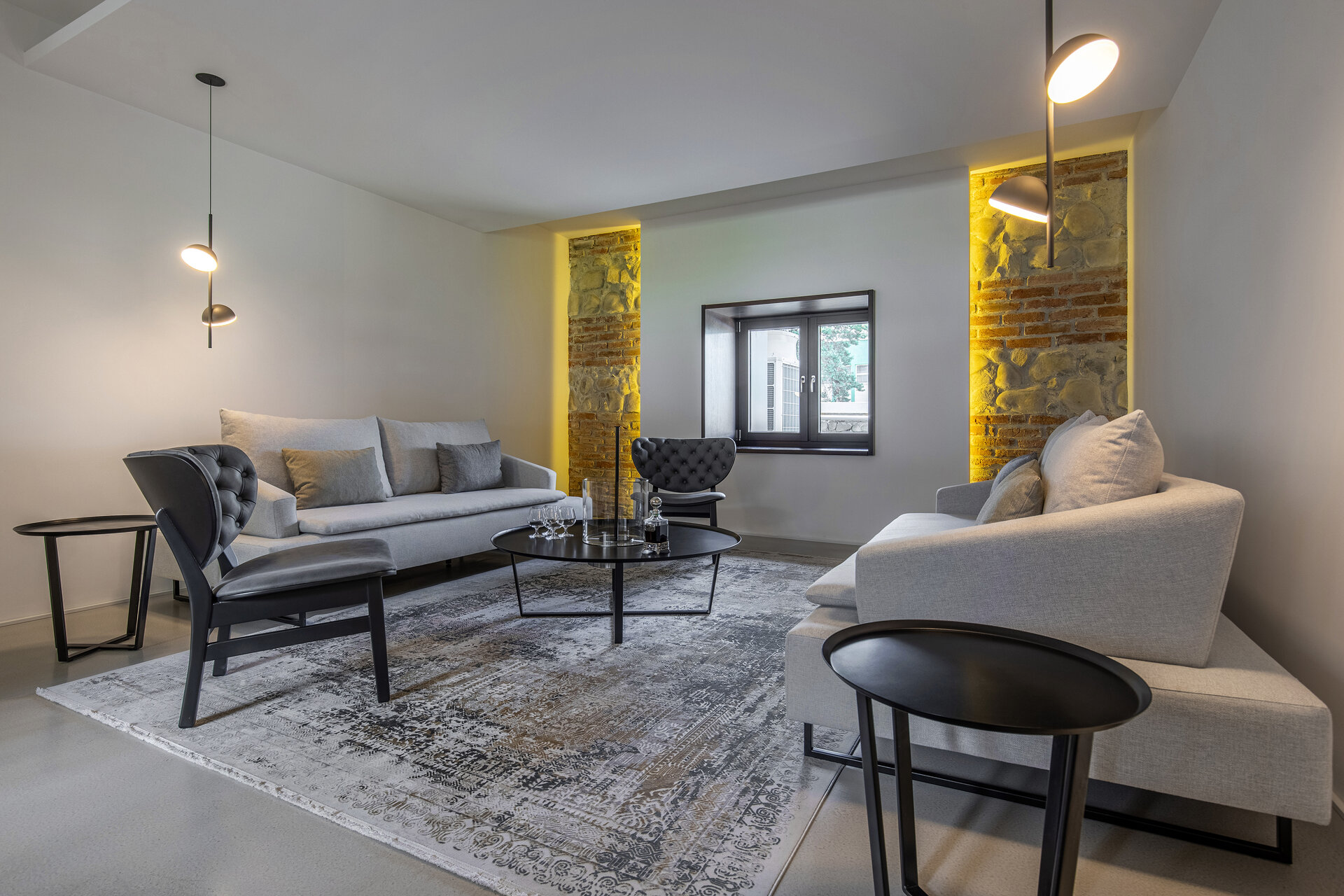 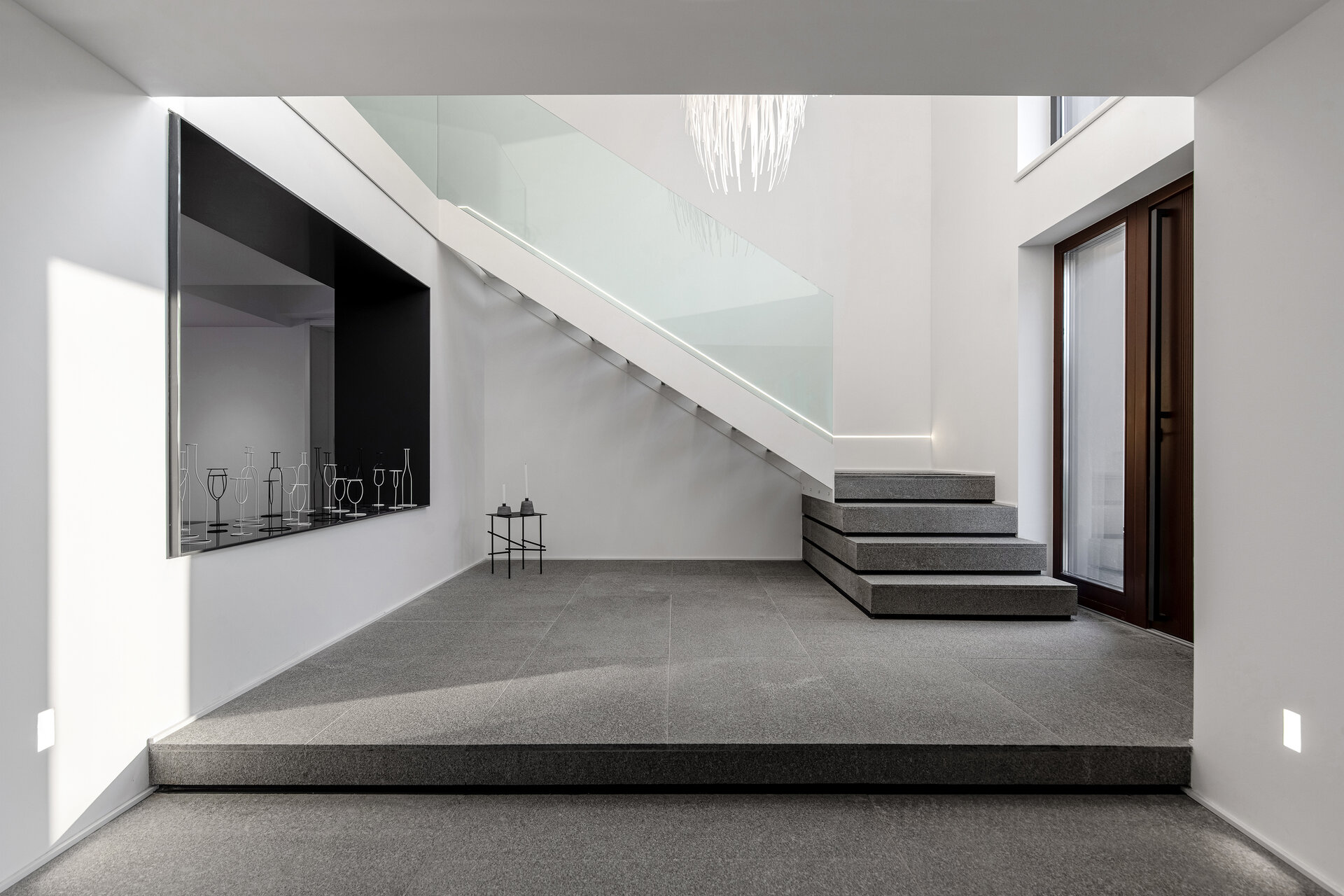 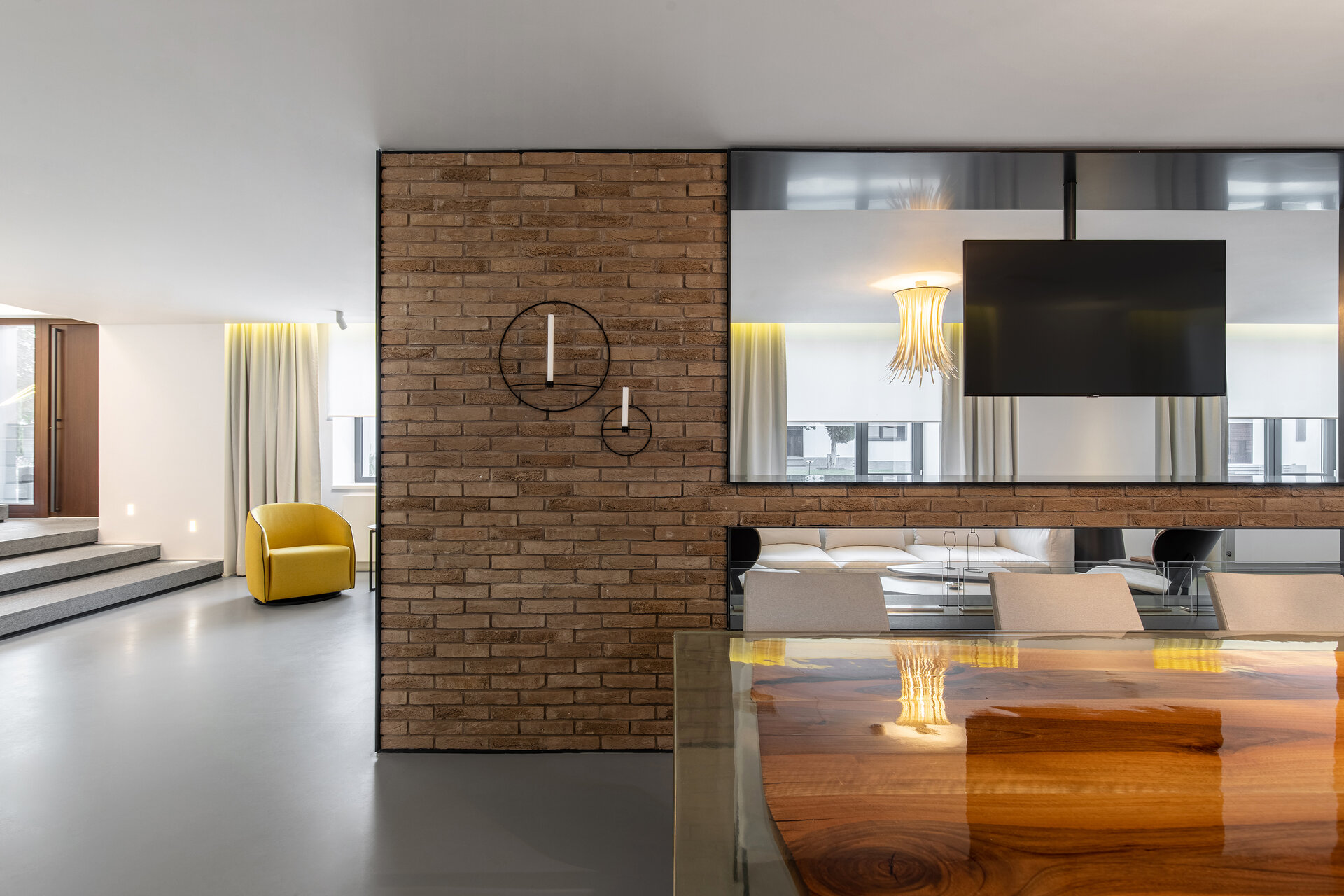 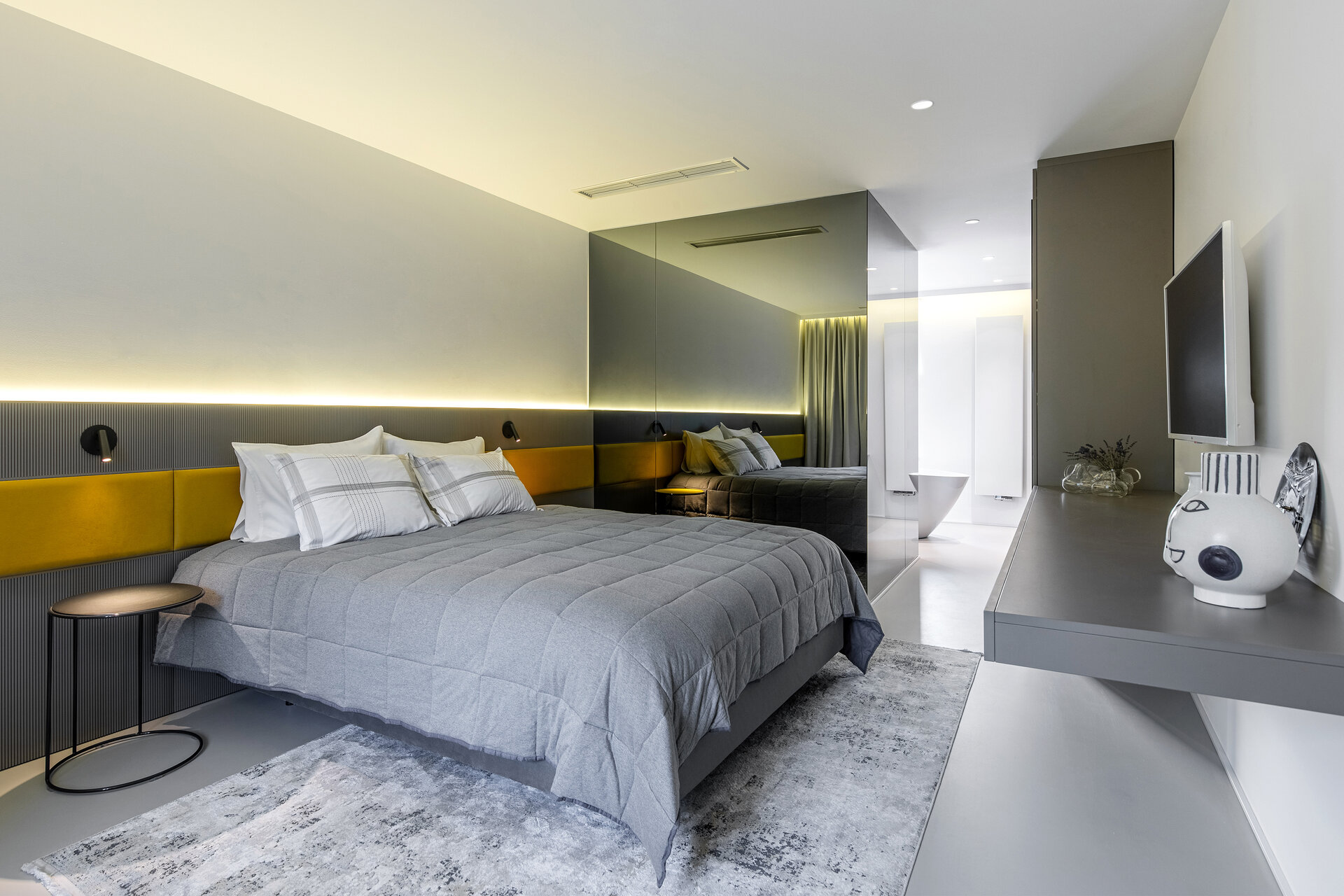 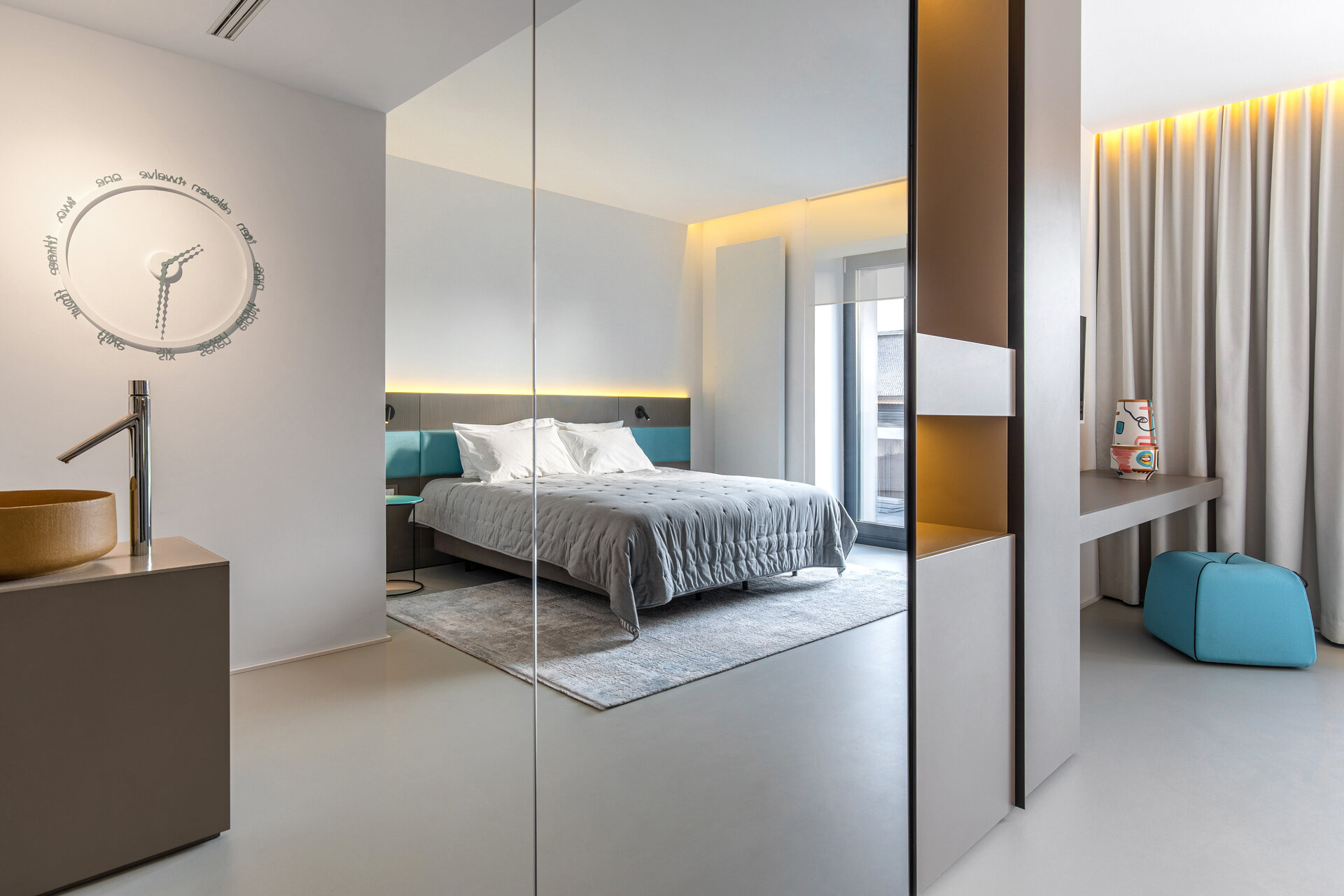 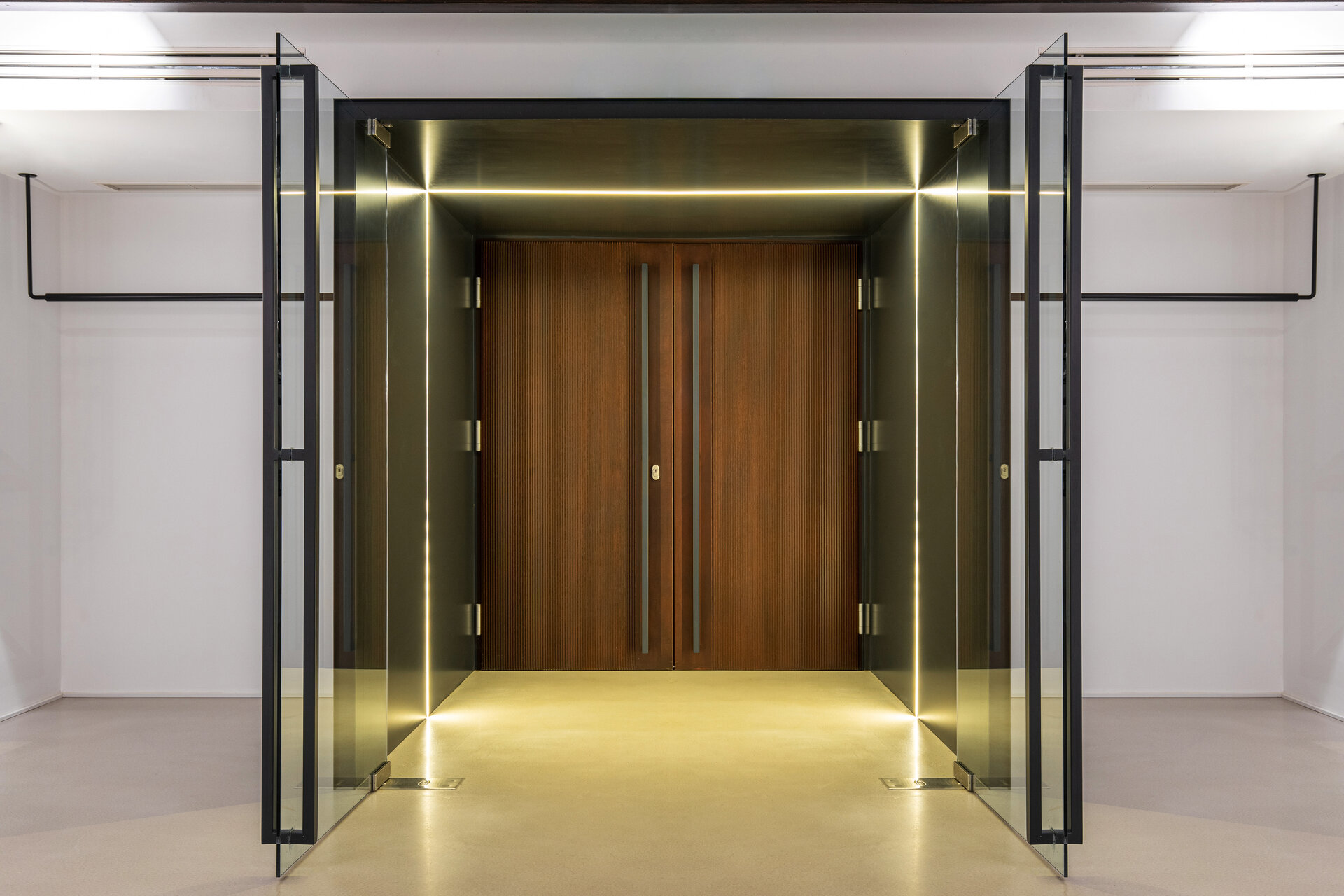 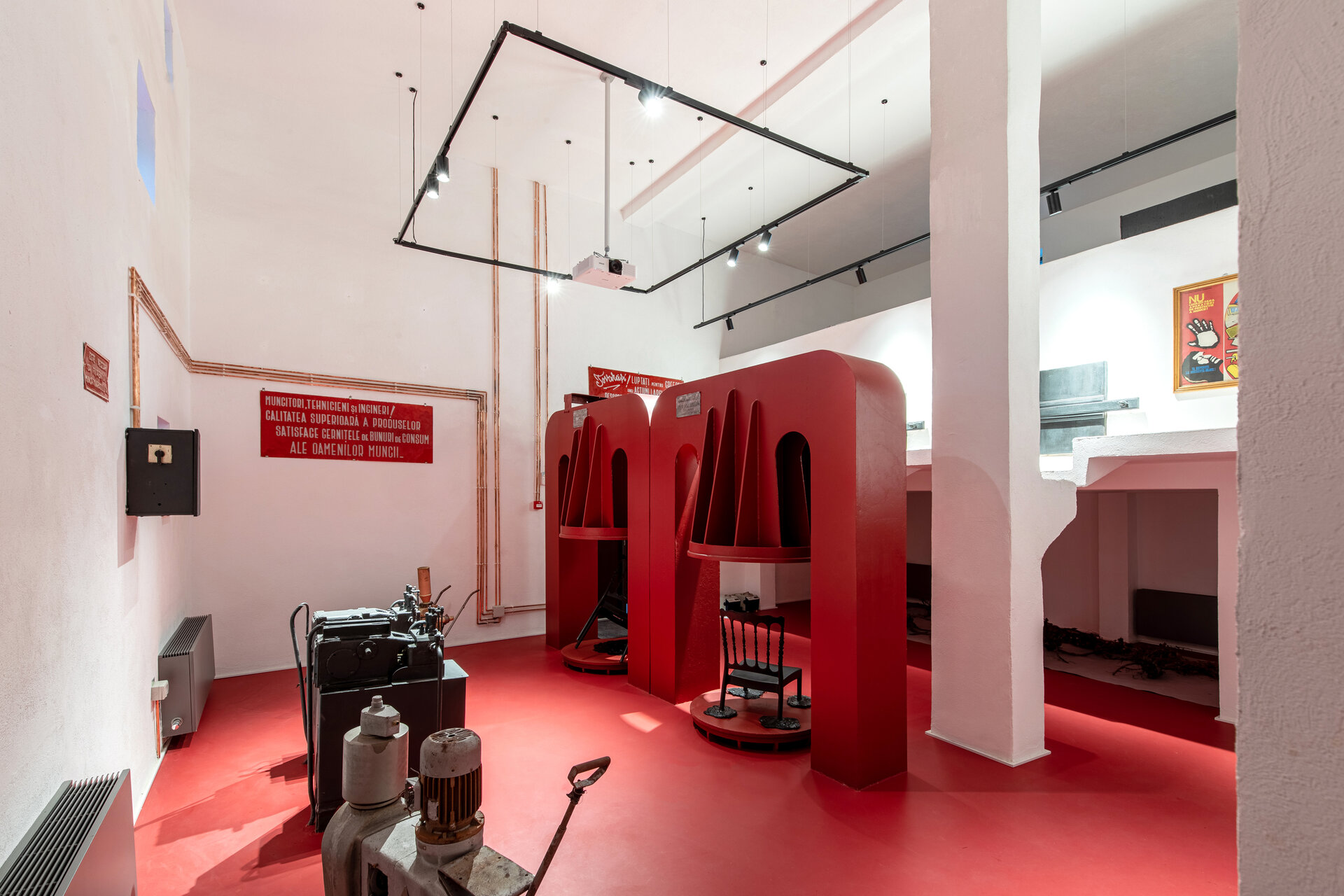