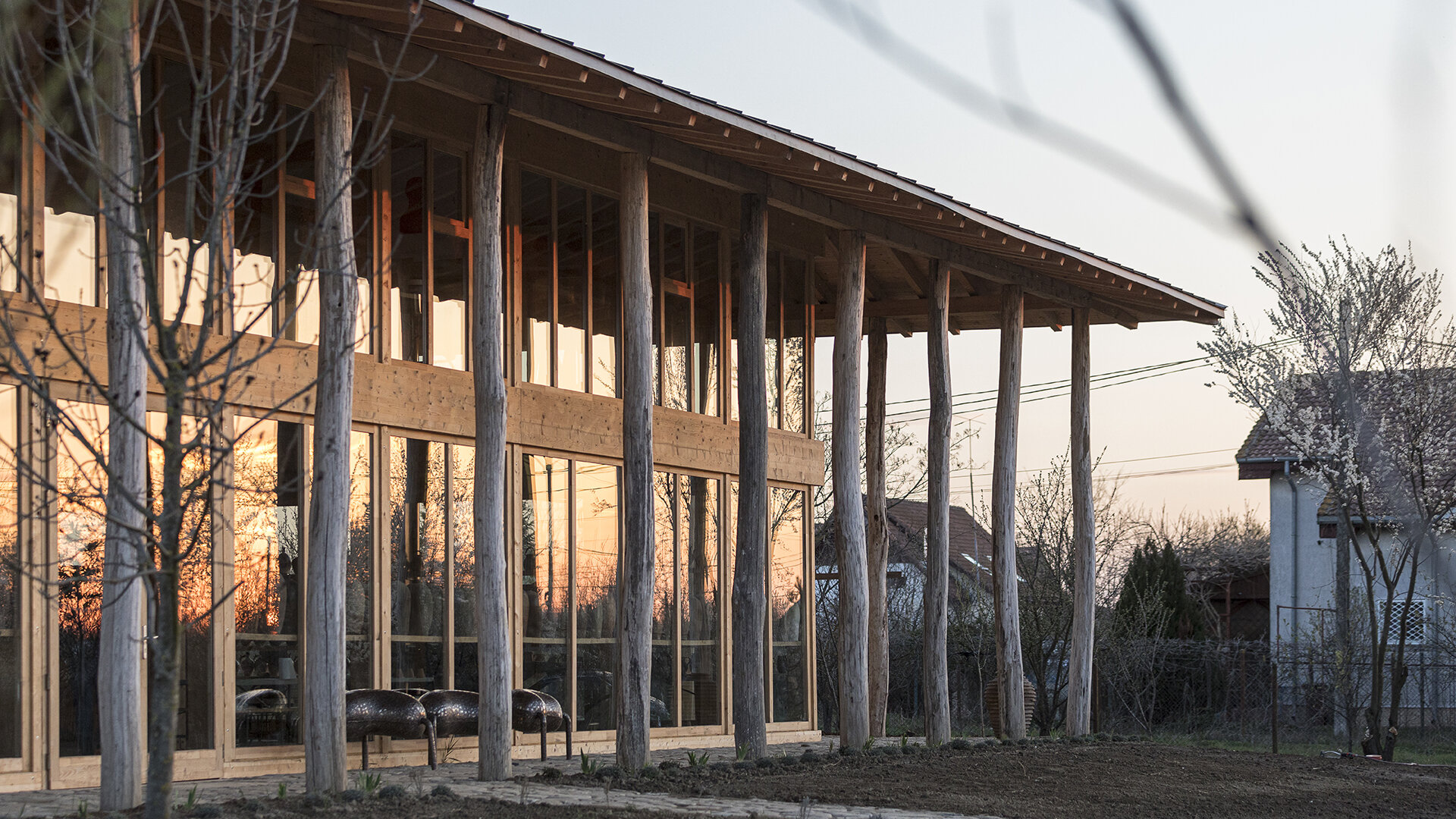 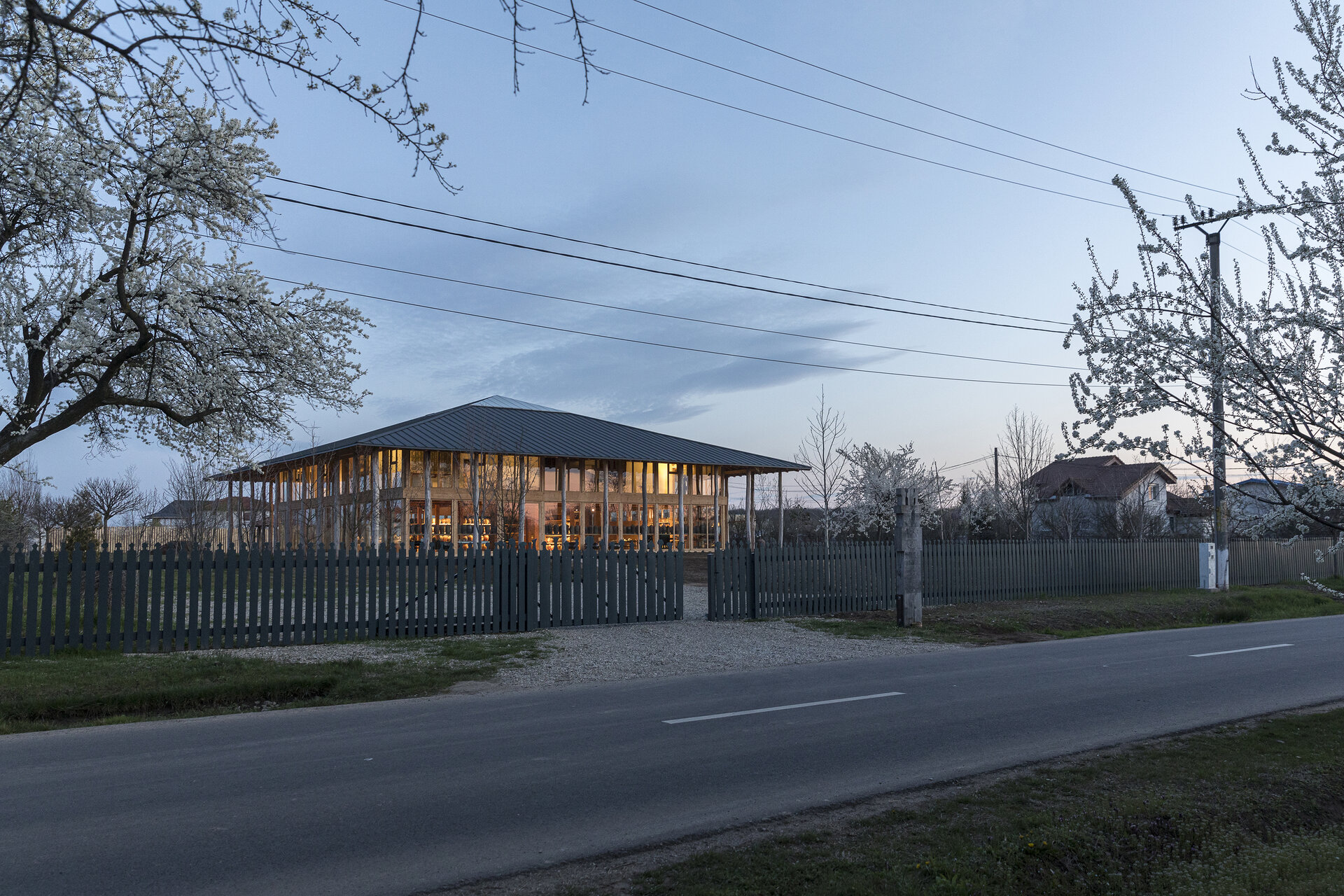 ”The Piscu Museum Atelier School” has the chance to be enrooted in a distance from the city, in an obvious isolation that already places it in a chosen, protected setting, in a large space, meant to be the center. There is also the world of clay, of pottery, of a specific creation that despite its banality and modesty makes reference to founding acts, to the creation of the world and of man. The jug carries with it the matter and metaphor of creation, but also embodies the essence of the architectural space - the emptiness from the inside as a teleological basis, which is born in the center of the matter that is shaped, touched and neat to the edges, frozen as a boundary between outside and inside.
Keeper and developer of the consumed, altered time, the museum refers to the archetype, to a primary model as what-is-at-the-beginning. Reflecting on the architectural affiliation, on the right model for the building, the most handy would have been its emanation from the rural architecture, from the old house of the plain village, etc. However, its scale, other than that of the humble rural house, its magnanimous, eloquent and monumental presence, - all these qualities before the project - disqualified it from a pure sweetening inspiration from folklore.
On all these “foundation stones” the necessary autonomous, central, founding and implicitly stabilizing contour of the building was outlined as radically other than the built substance of the village.
Away from the road, raised on an earthen pedestal, the museum reflects above all his own logic: a square enclosure of wooden columns with a homothetic repetition, in equal steps, from the edge to the center, descending convergently to the single pillar in the center, raised pragmatically to hold the top of the roof. Typologically employed in the binomial atrium–perimeter portico, the museum anchors its center by occupying it (antidogmatically) and suspends its boundary to the outside, exhibiting its skeletal structure.
The wood reveals itself in two complementary allures. The first is that of the wood-trunk, untouched by sharp tools, not straightened and not standardized, still bearing the contingent sign of the forest and of its accidental growth. The second allure is the geometrized one, introduced in scale, pleasing to the current logic and engineering. In the two hypostases - natural and industrial - the wood is arranged alternately: on the outside there are the columns-trunks of the portico, on the border of the glazing and further inside there are the 20x20 pillars, in the center - a slice of oak with an aquatic history. Also the type of foundation follows the logic of the elements and their nature: the pillars have engineering foundations, the trunks are burned, and beaten into pits.
Paradoxically, there is not much clay involved in building the museum. The floor of the large hall is made of old pieces of sharp-pointed roof tiles, arranged and polished. The concave wall of the staircase is made of light straw clay. Inside, at the base of each wooden pillar, in a small surrounding ditch, apotropaic clay figurines watch, figures modeled with a metonymic gesture, hour by hour in recent years by one of the last potters in Piscu. This discreet, yet significant presence of burnt earth in a museum dedicated to pottery, perhaps contradicting the prejudice of the implicit inspiration in the formal geometry of pottery, or that of an earthen edifice, along with retrieving from the lake of an old oak trunk that became a pillar and a table, represent in the economy of making the museum the diaphanous layer of the right events. 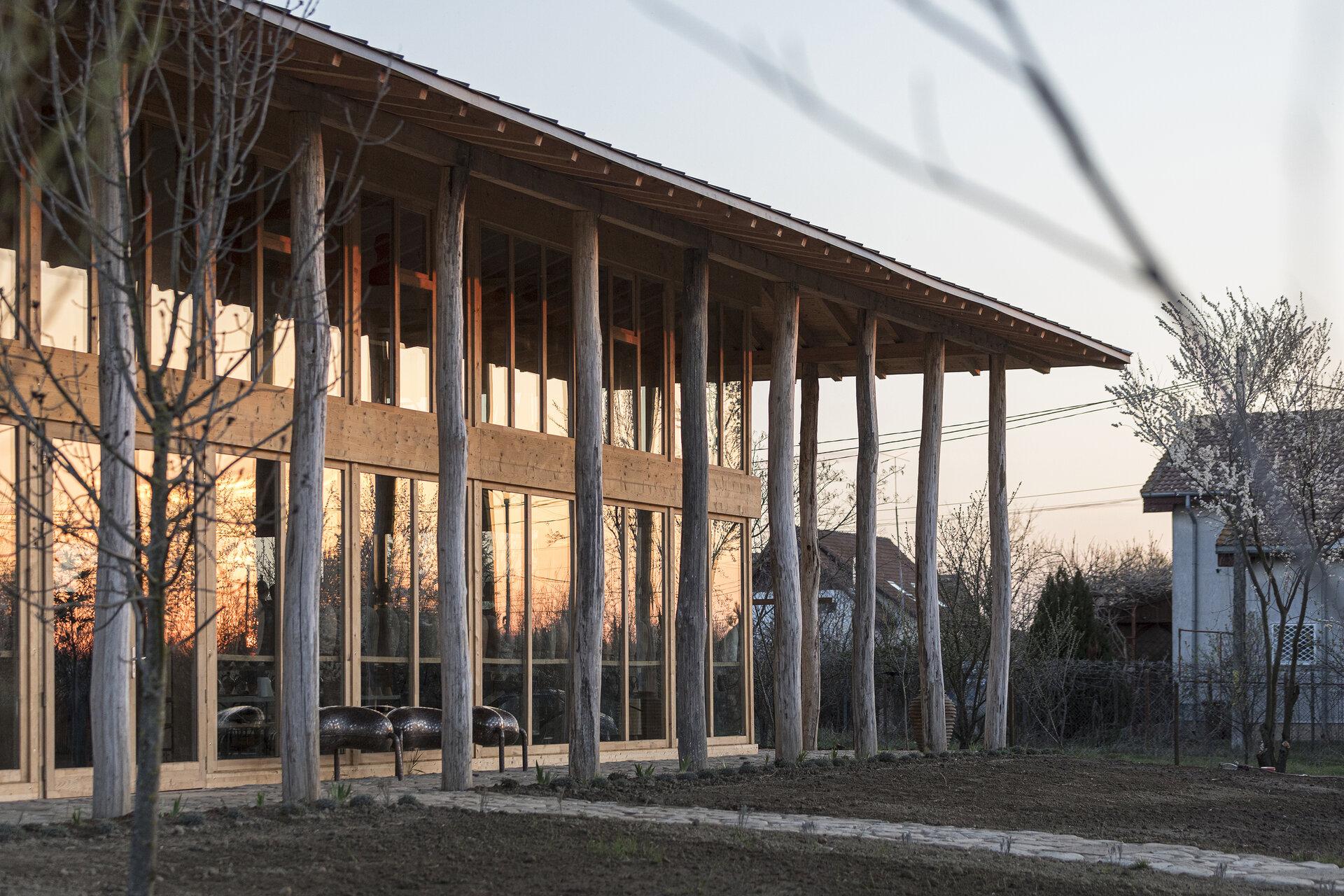 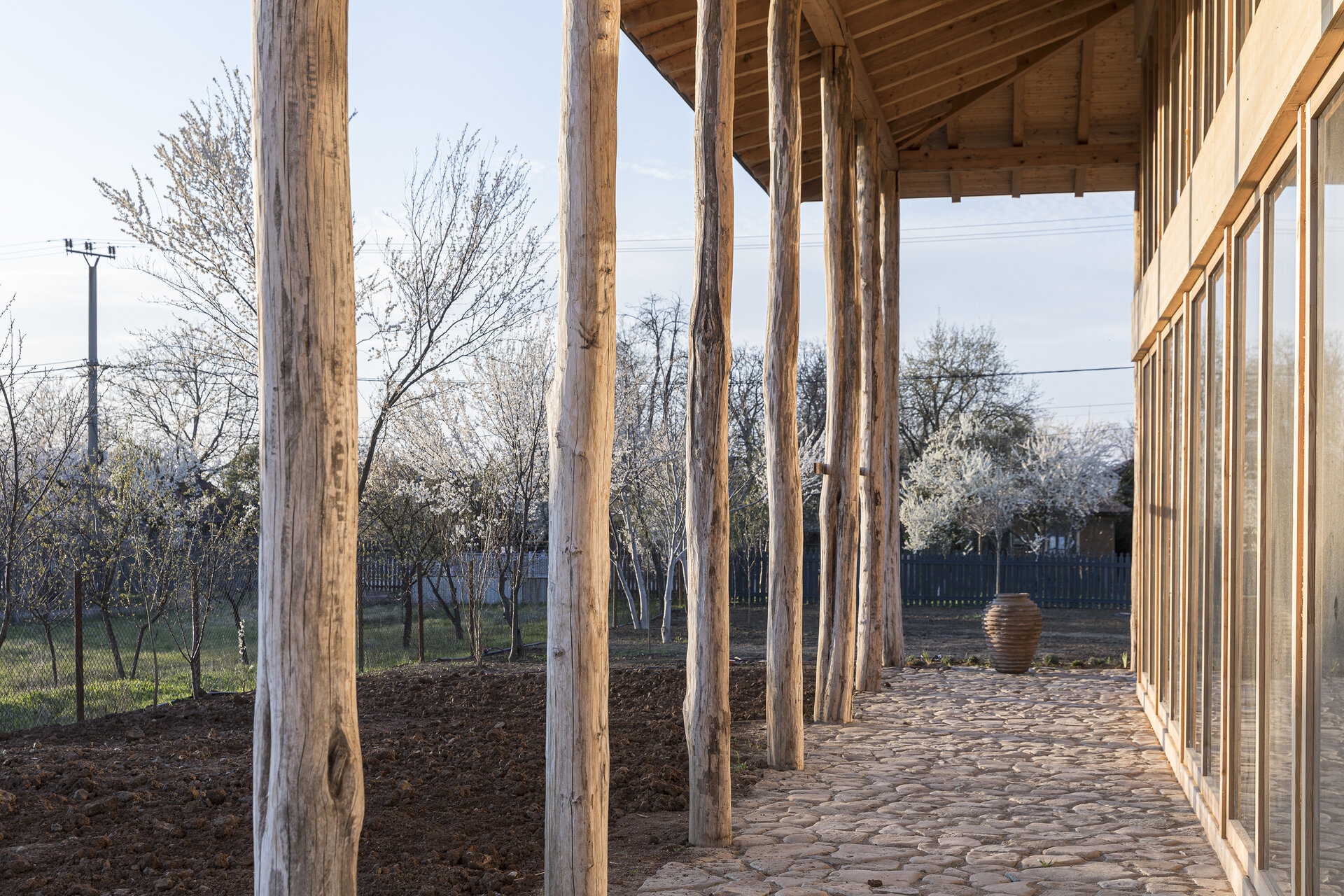 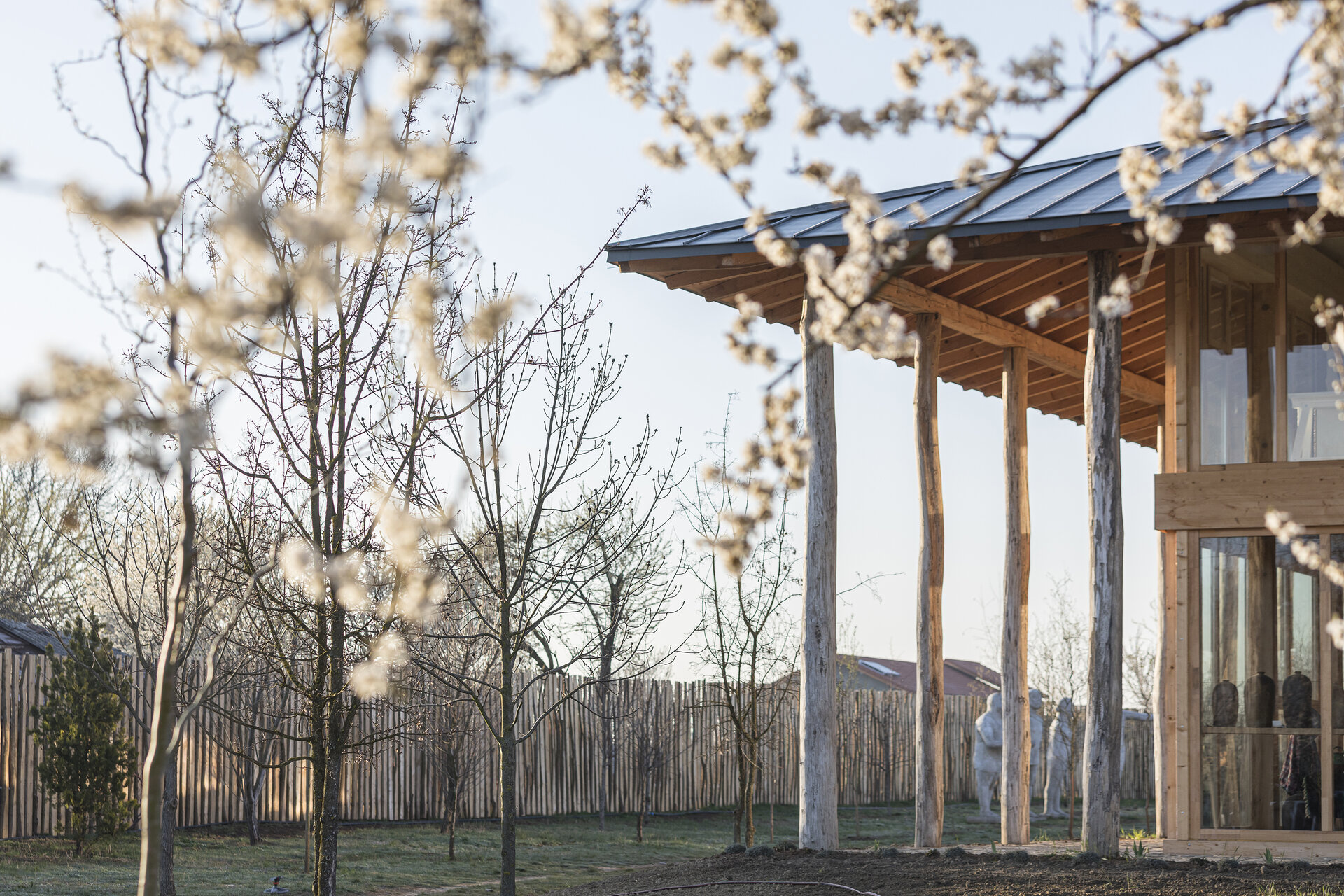 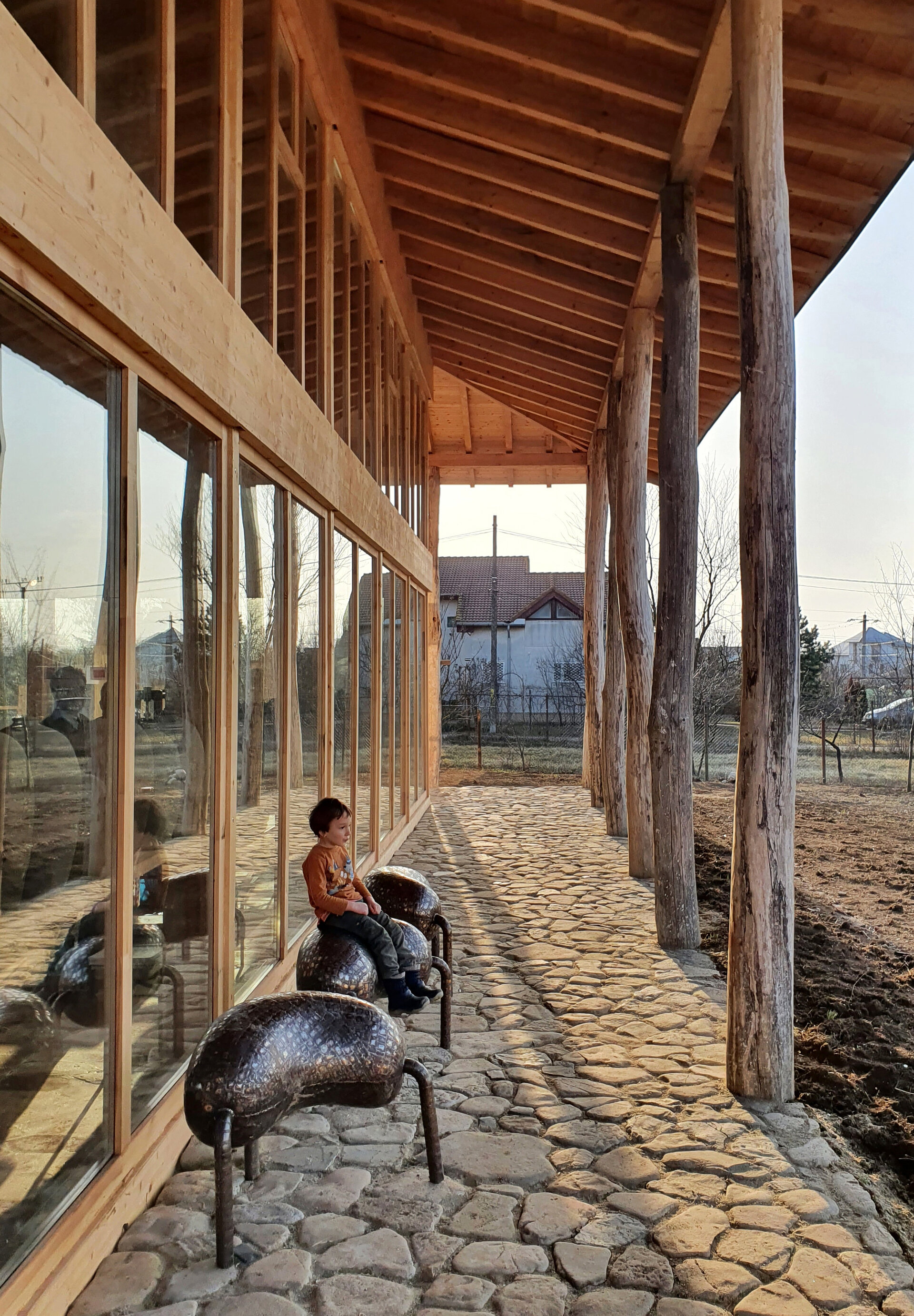 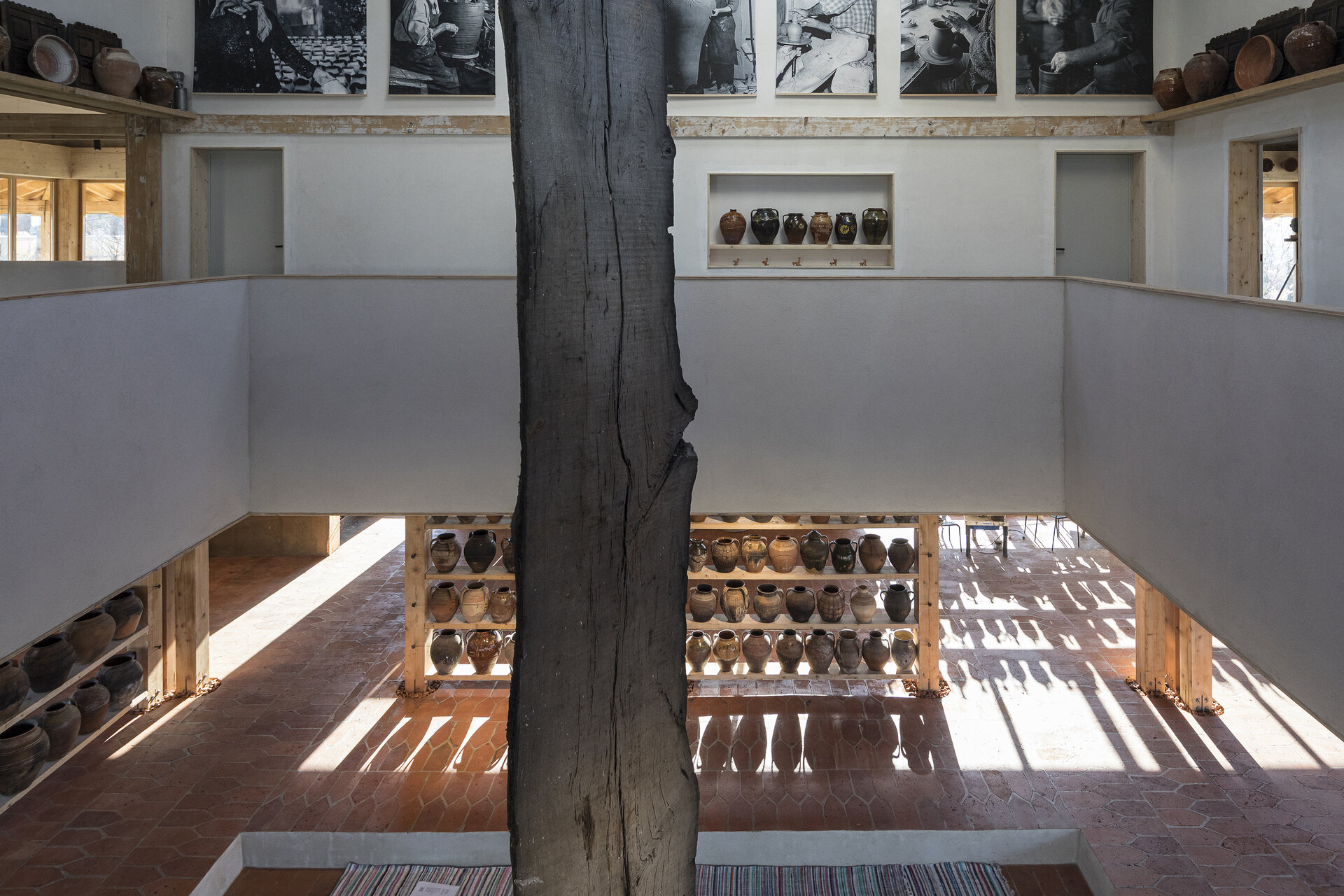 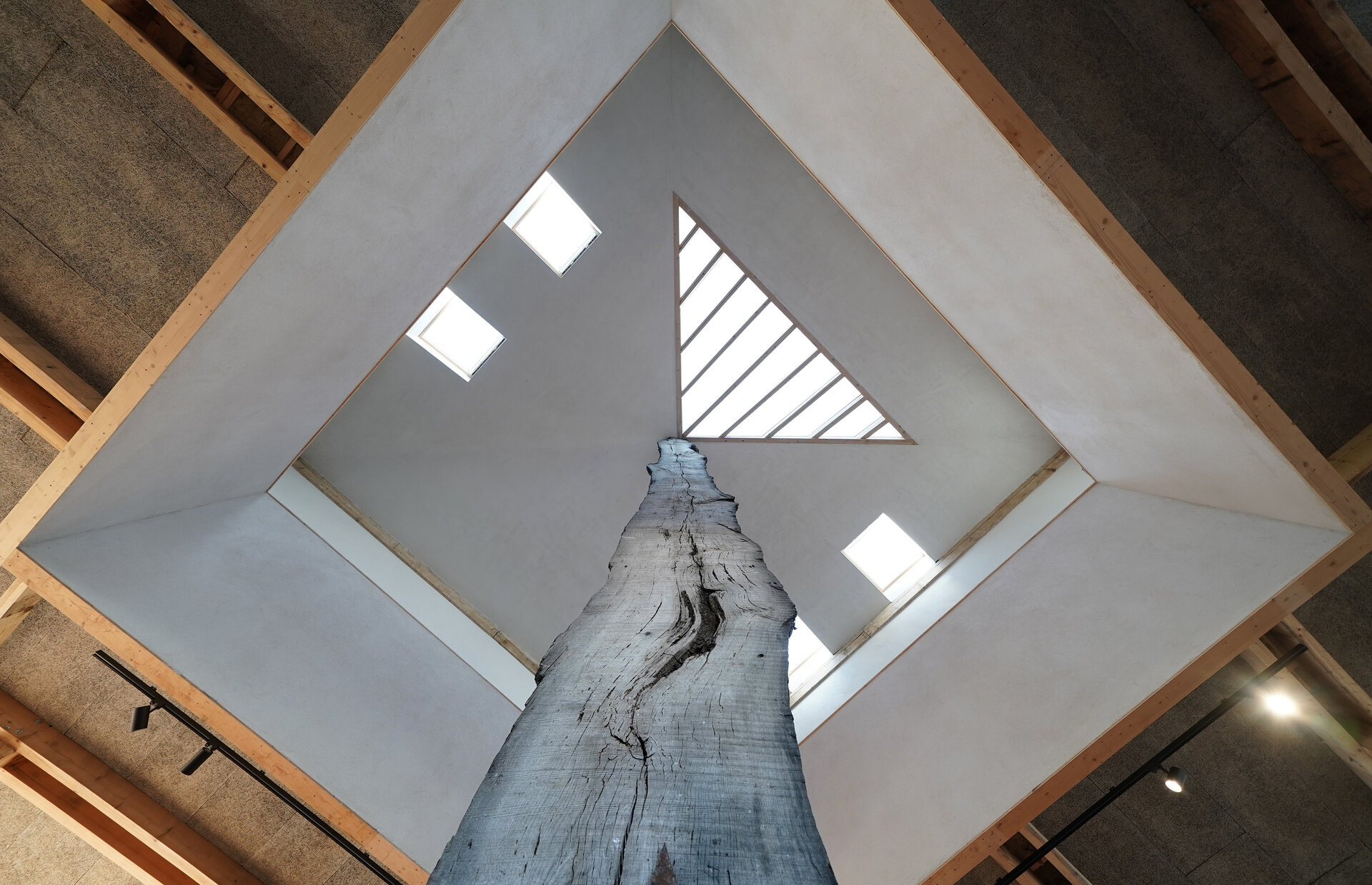 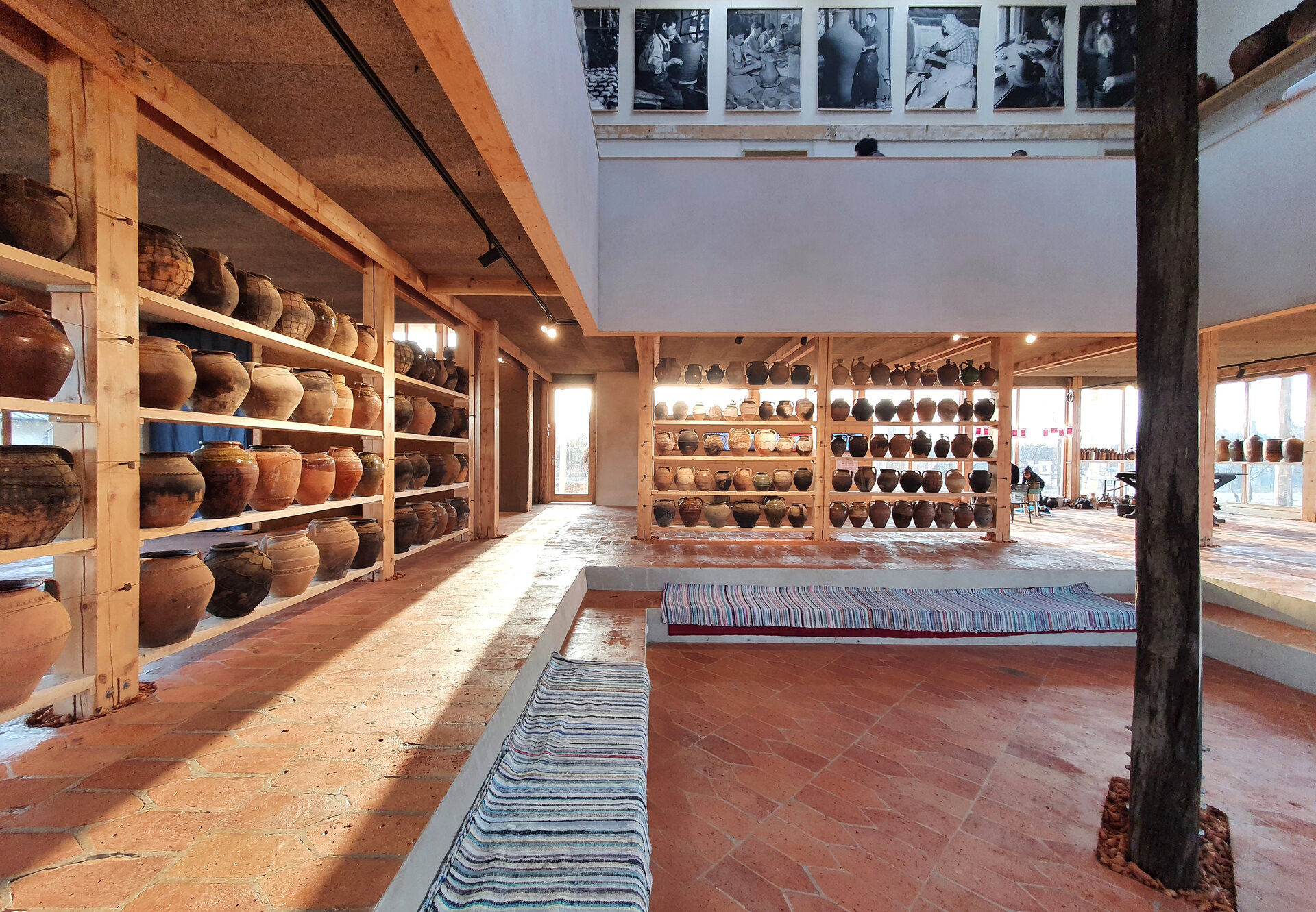 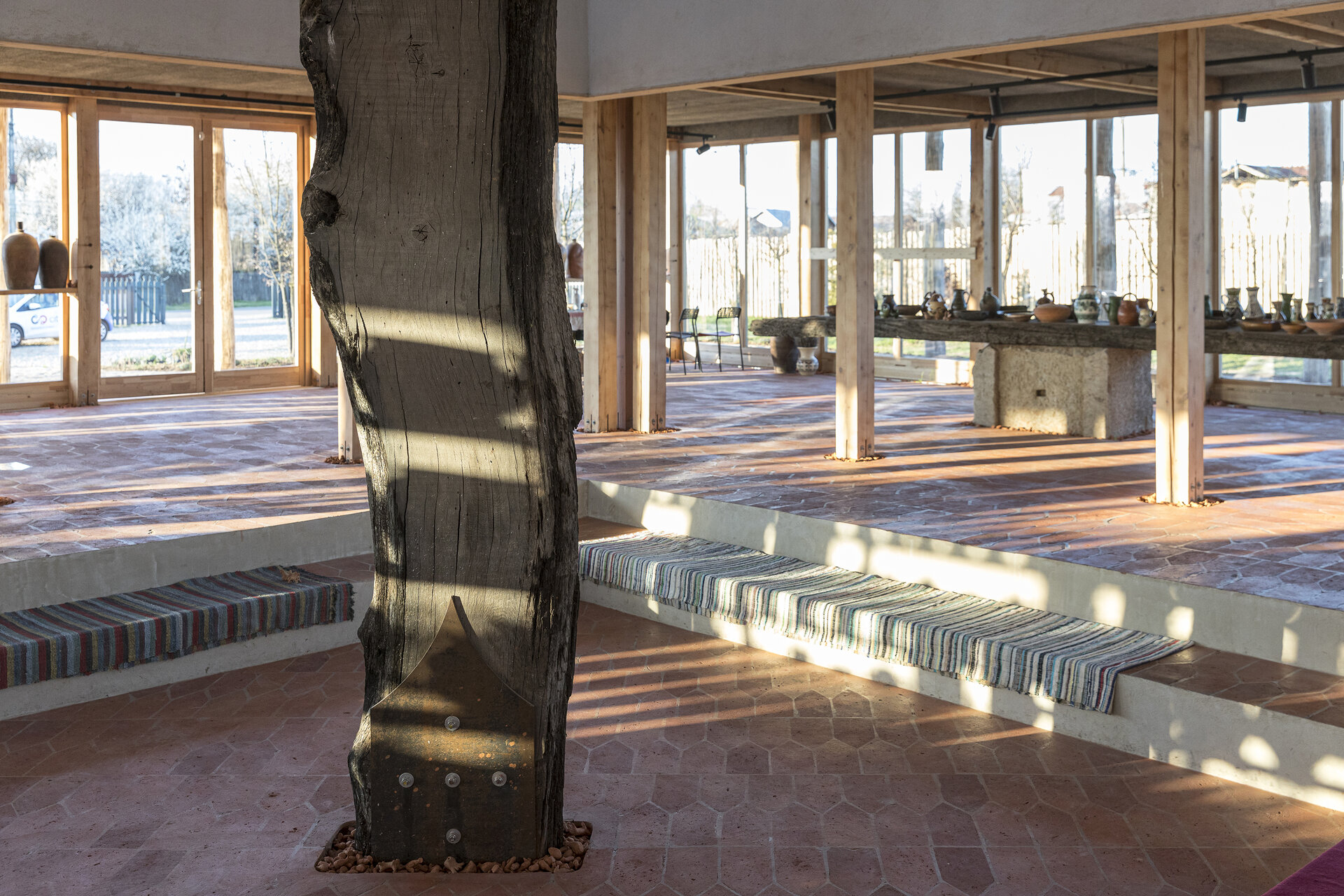 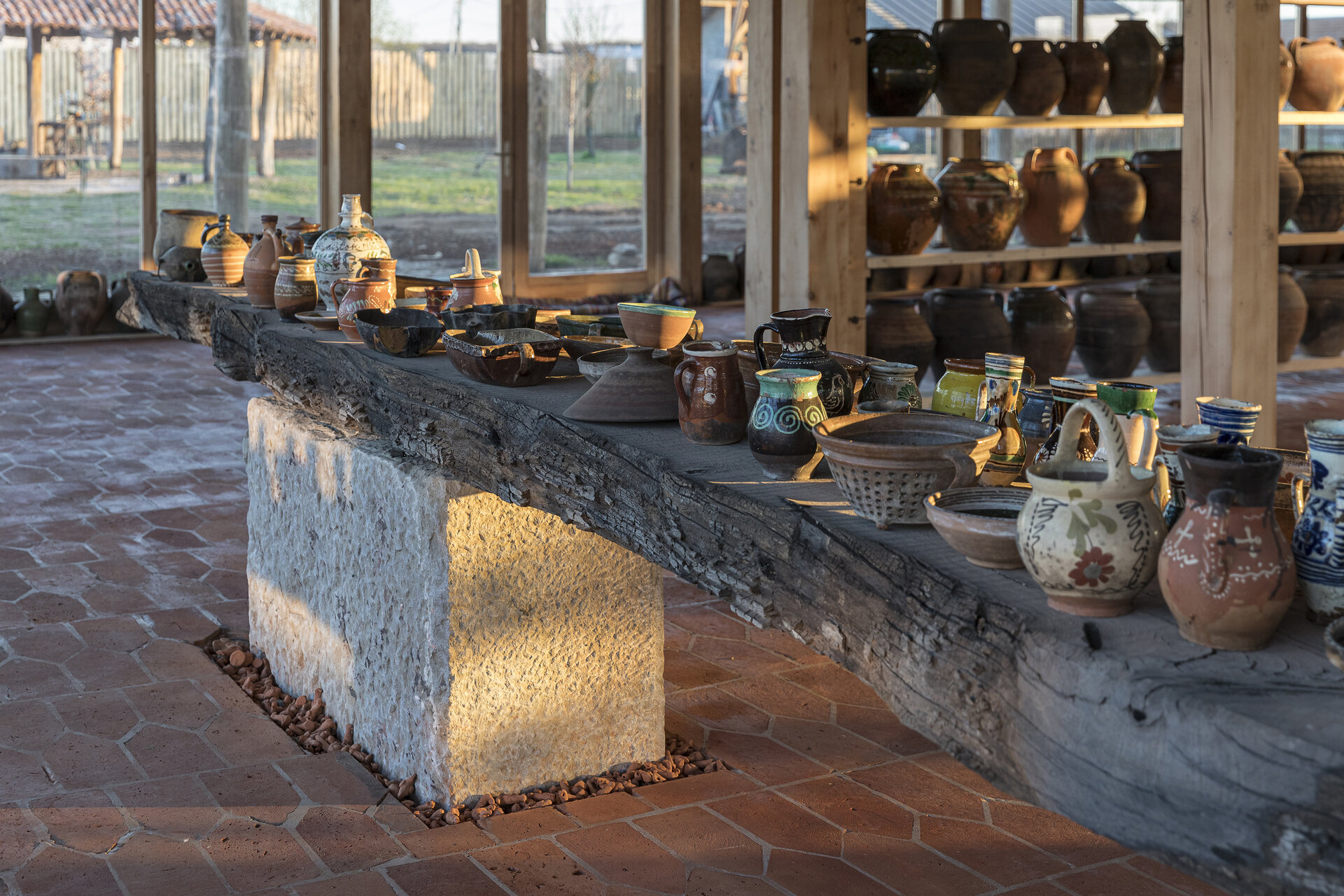 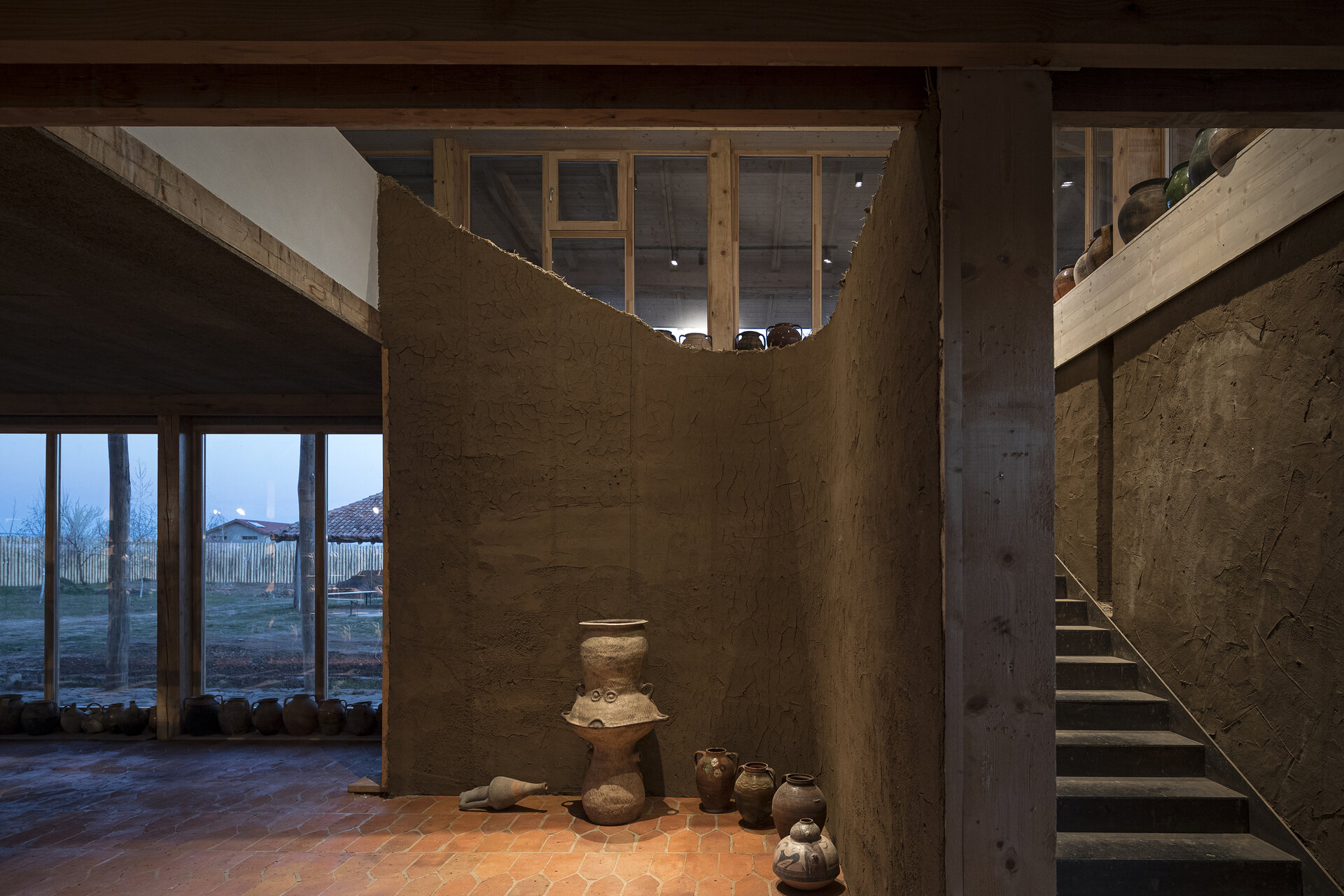 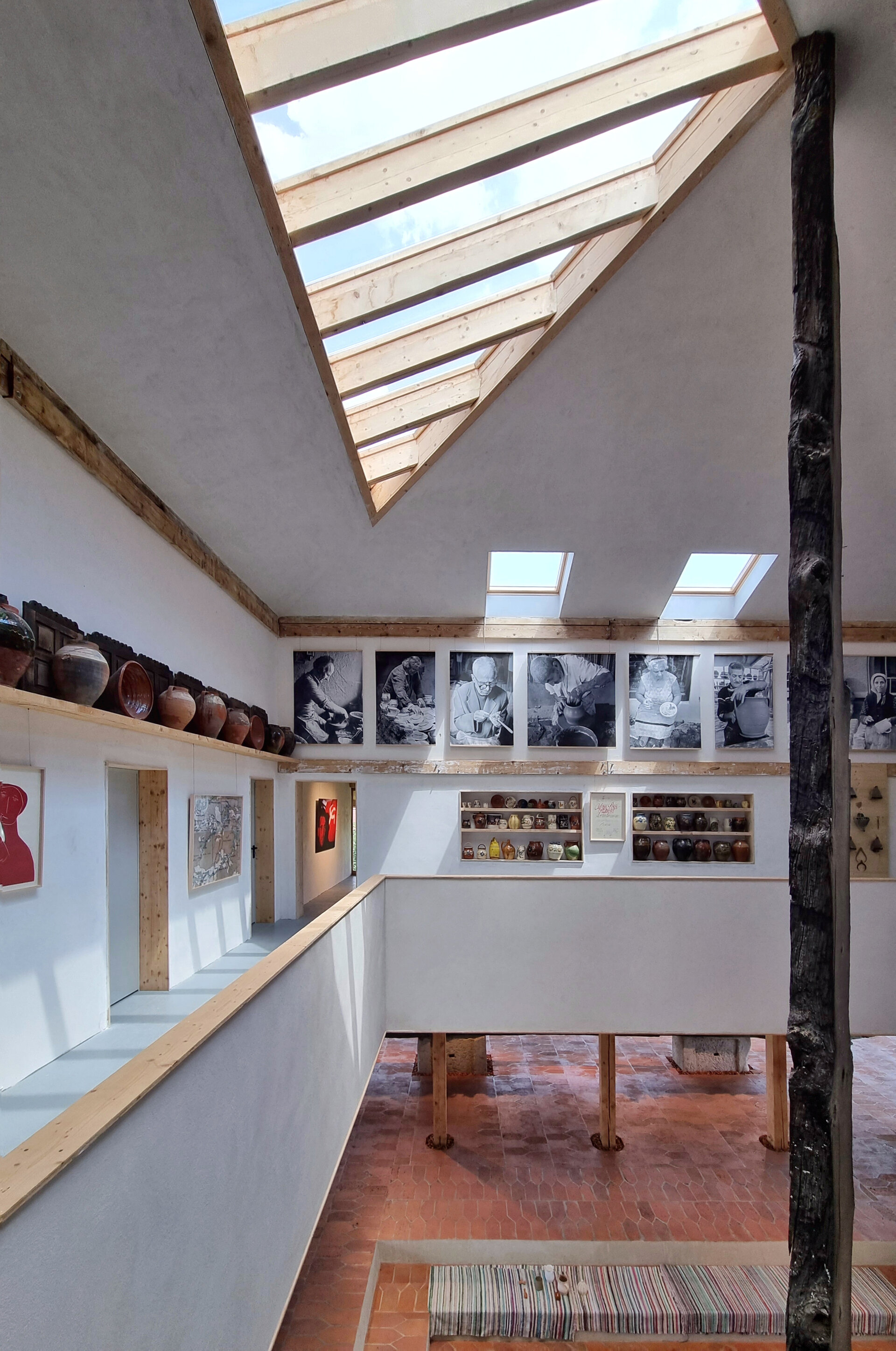 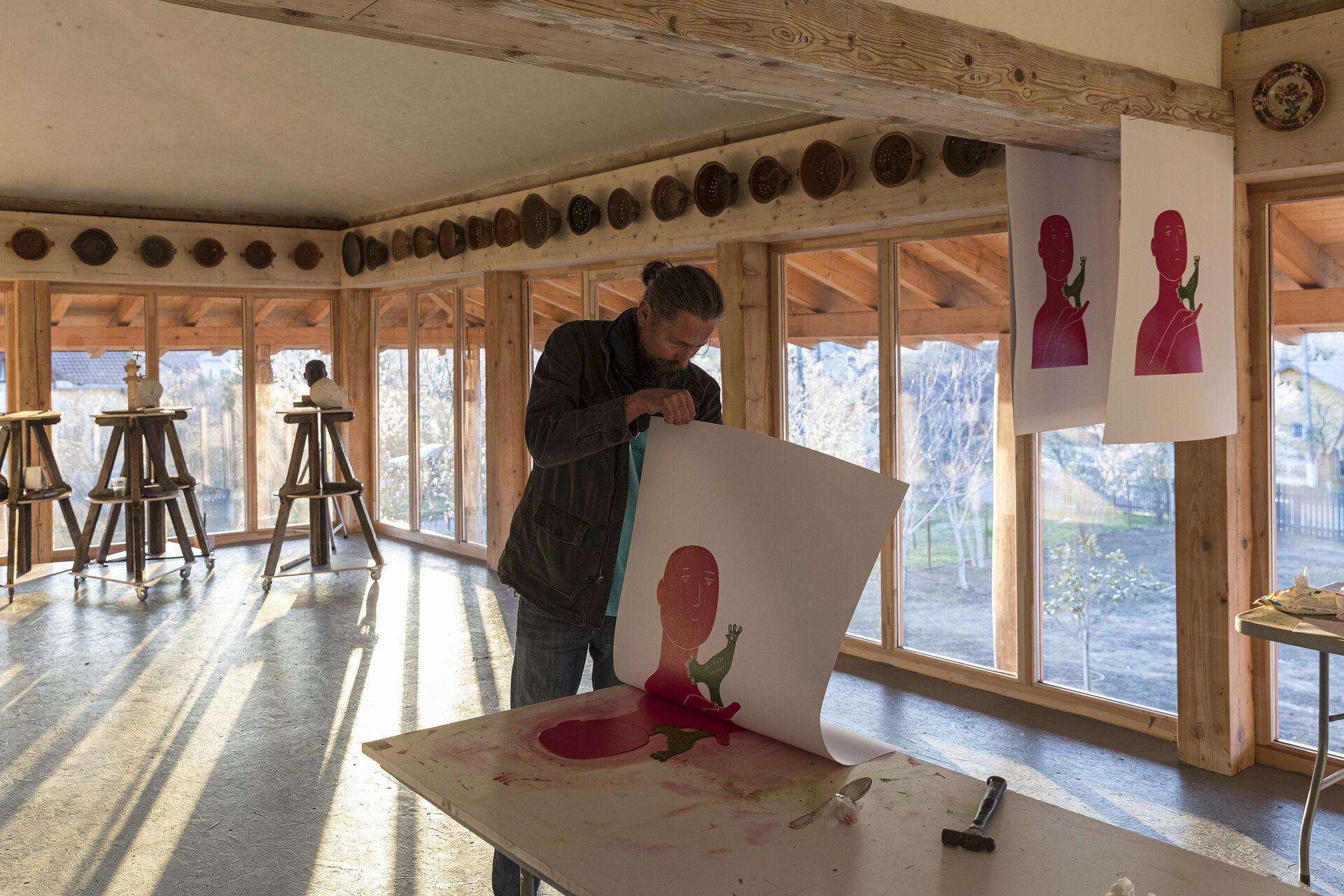 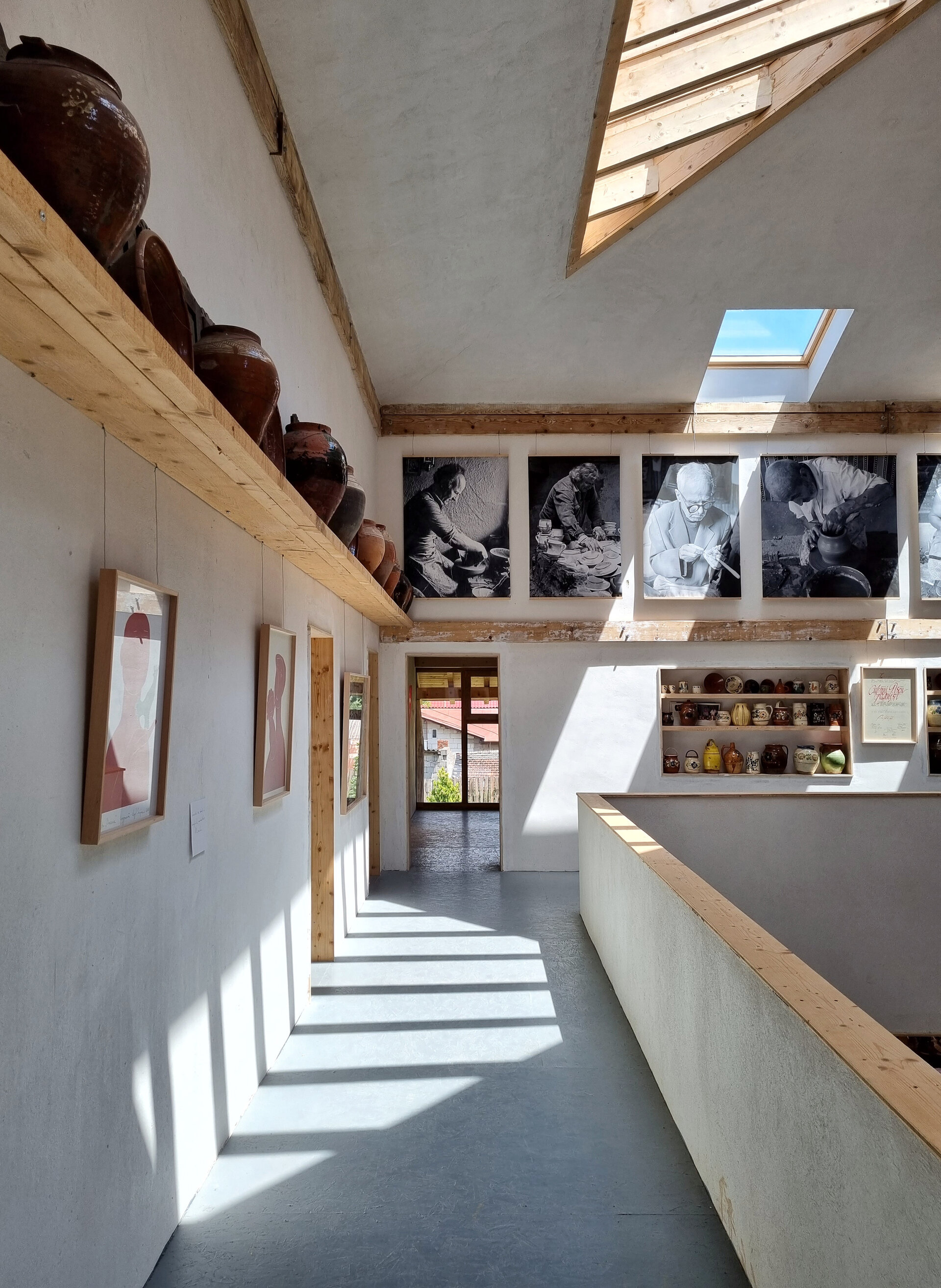 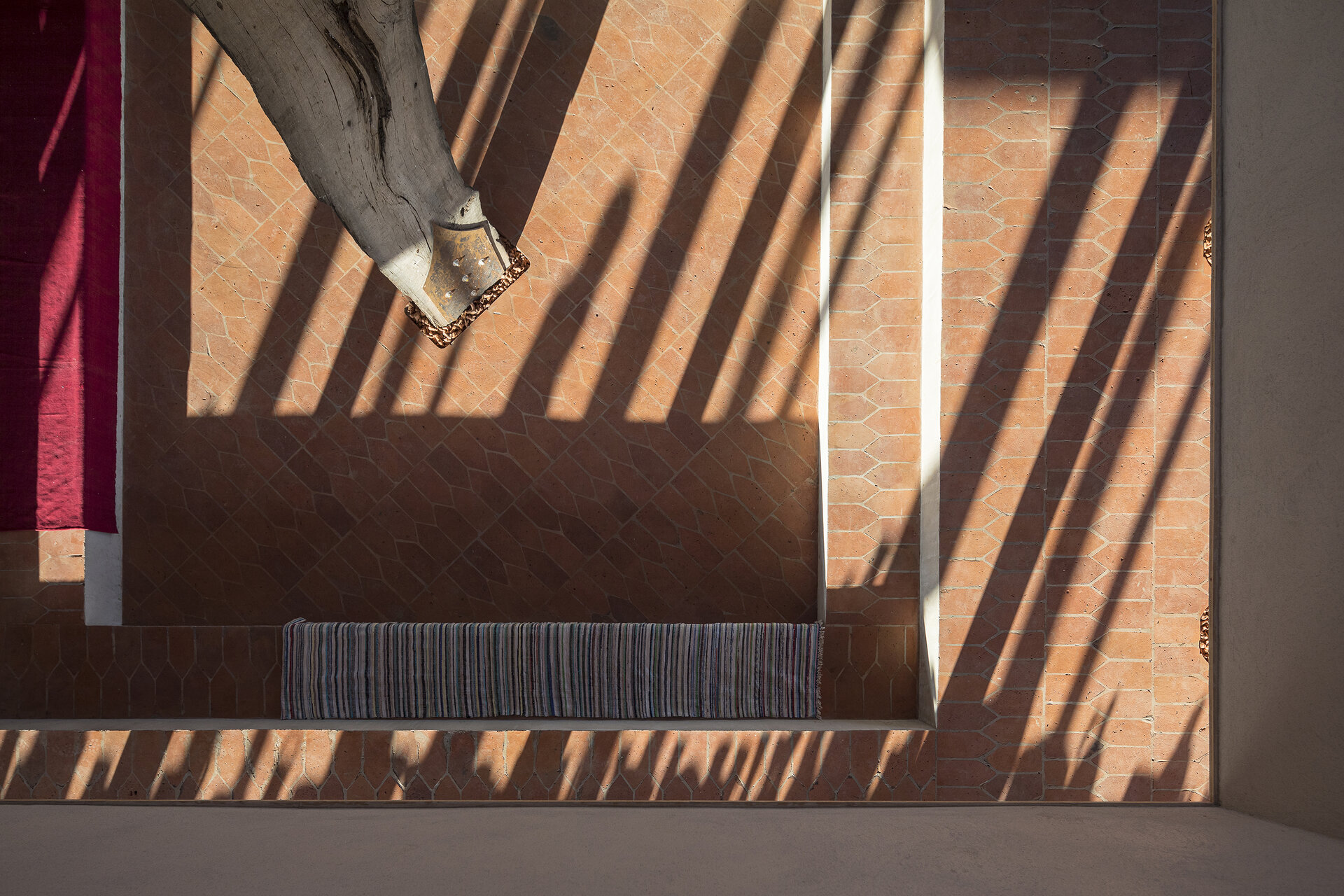 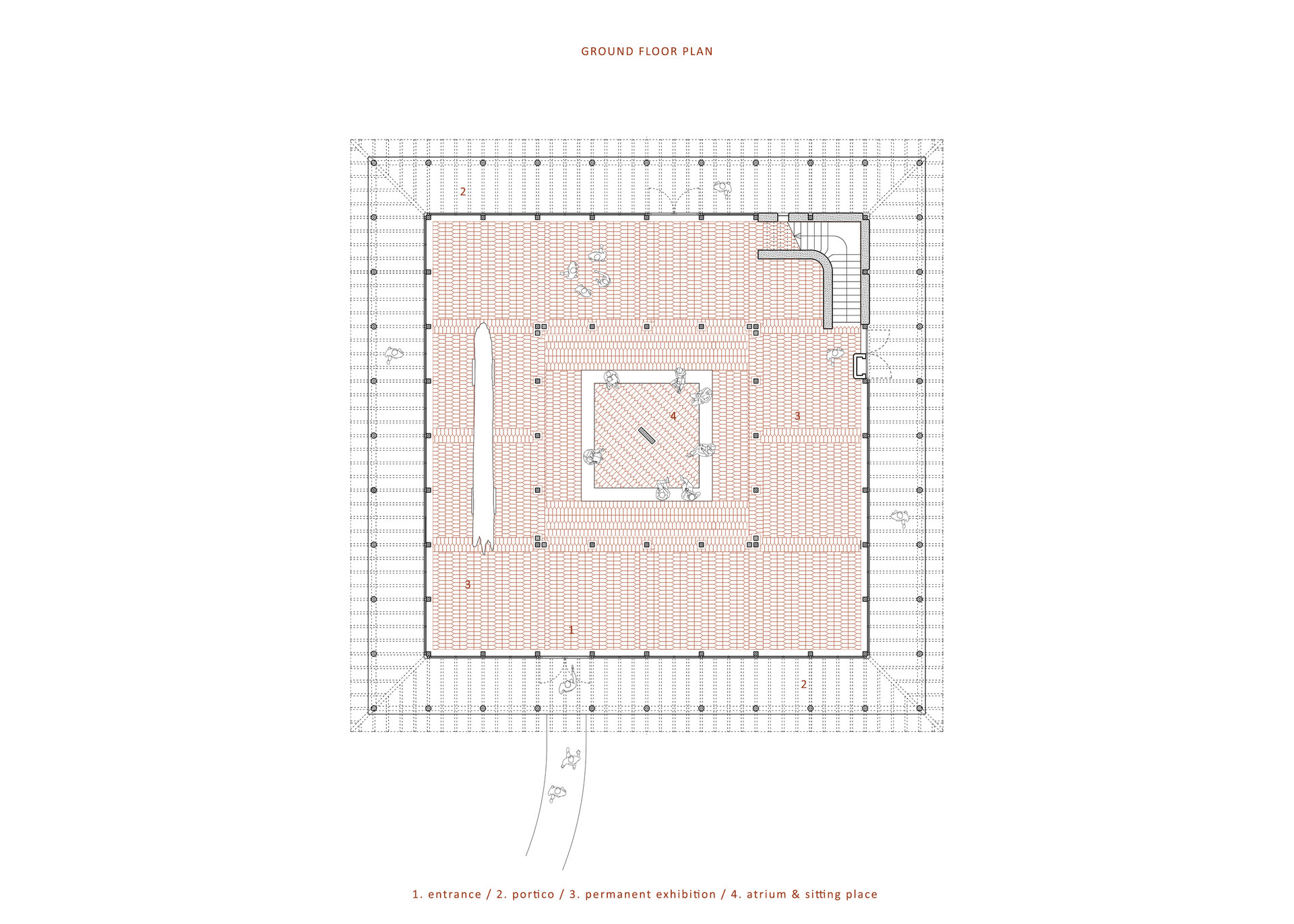 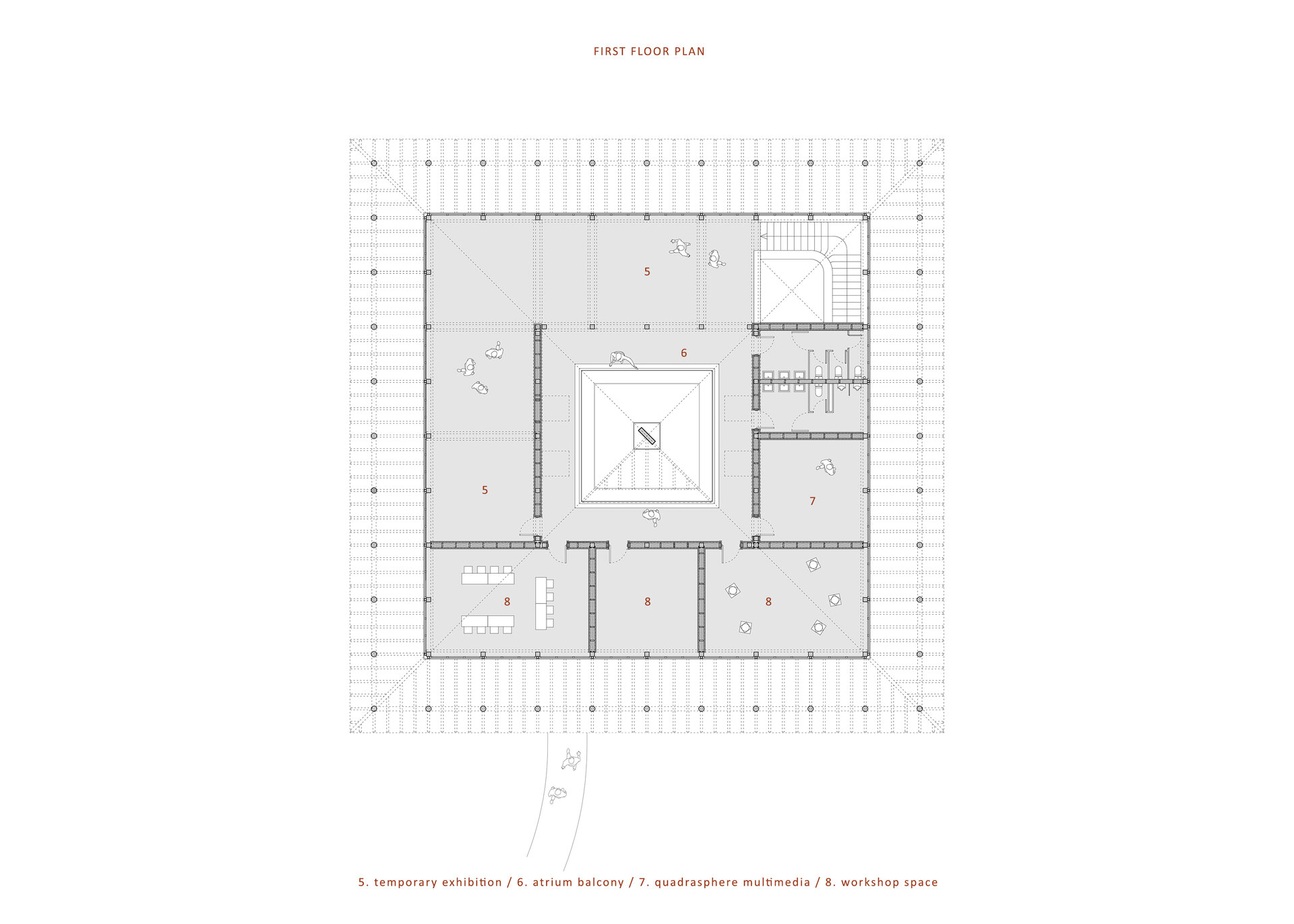 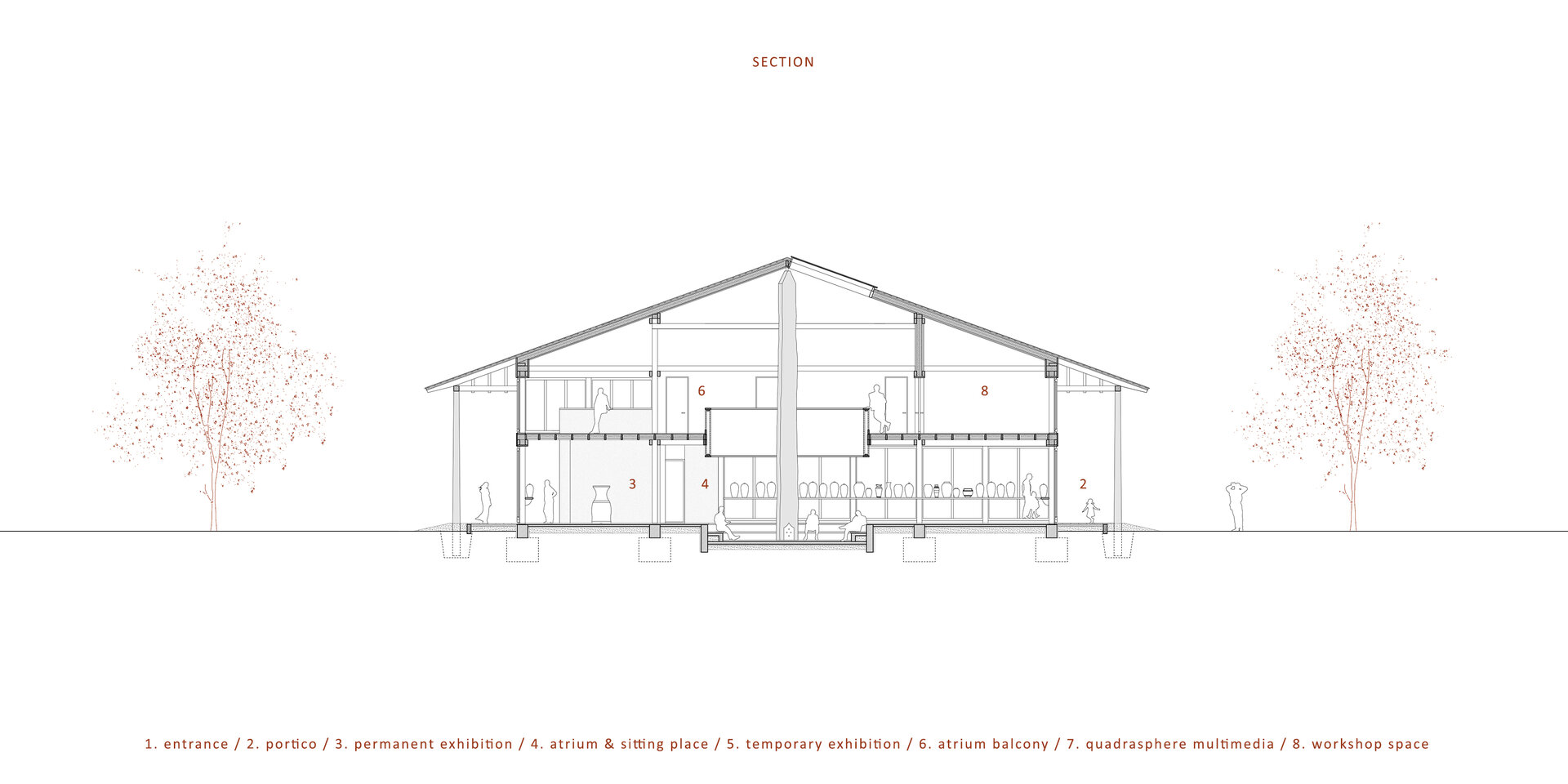 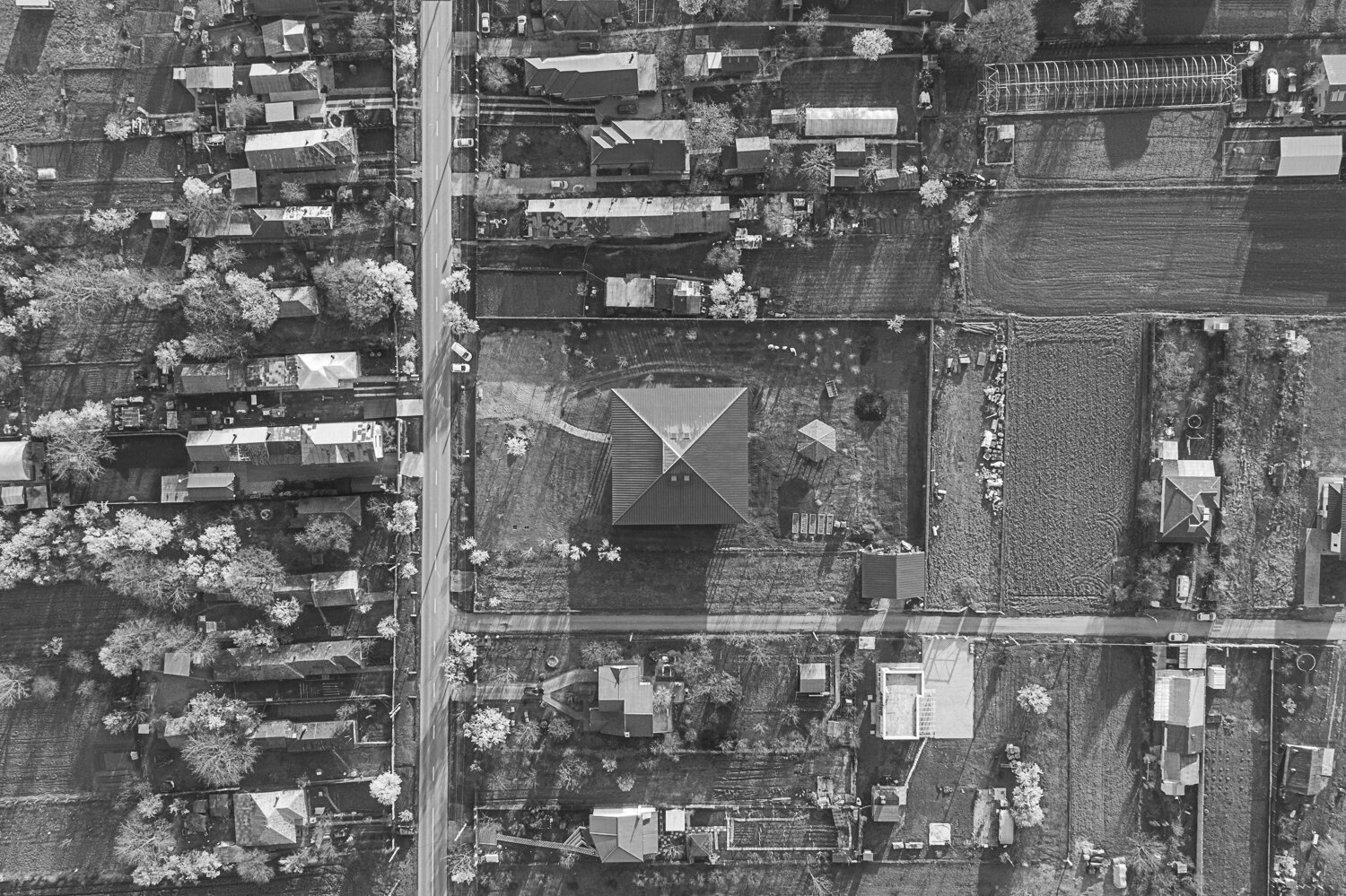 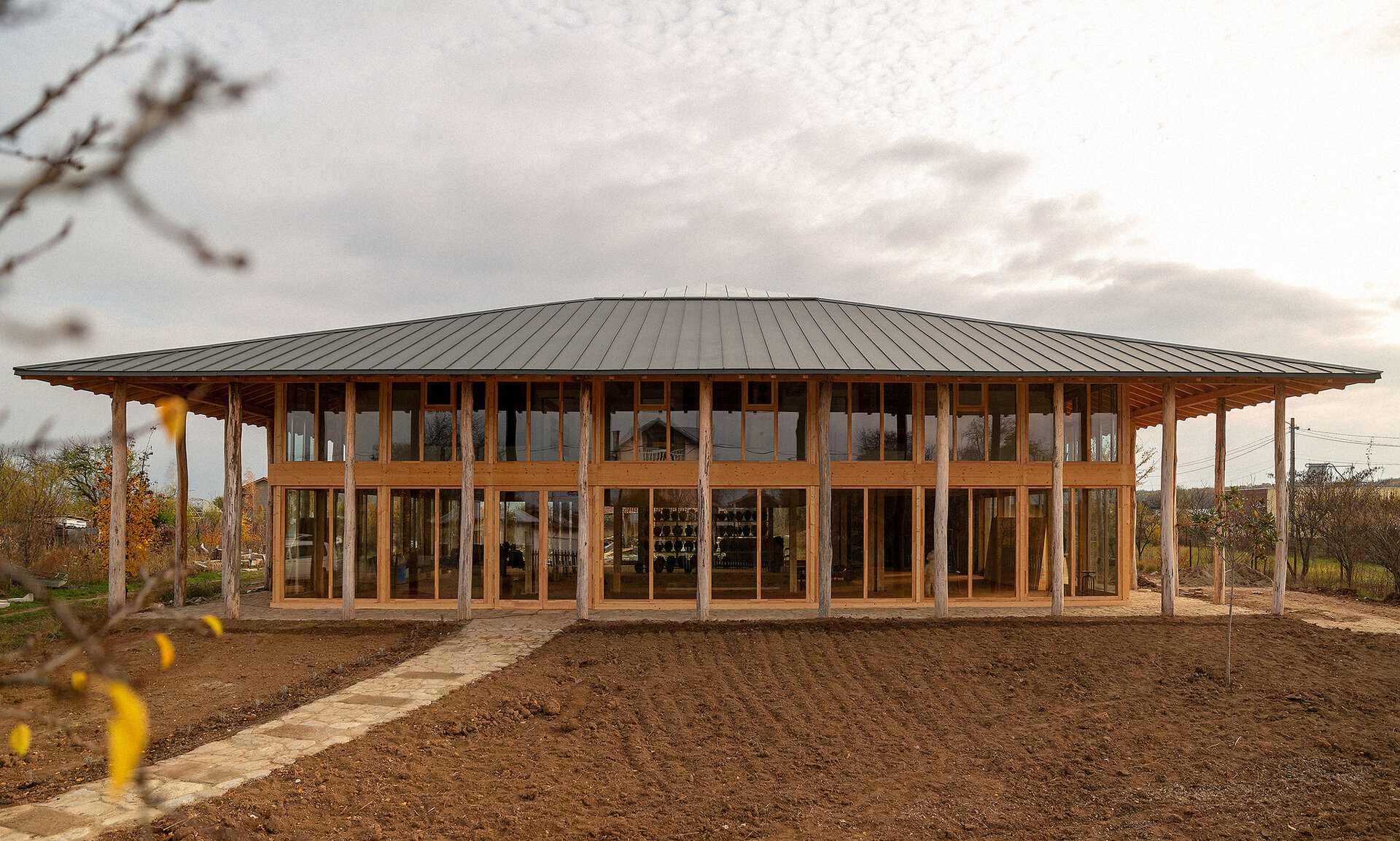