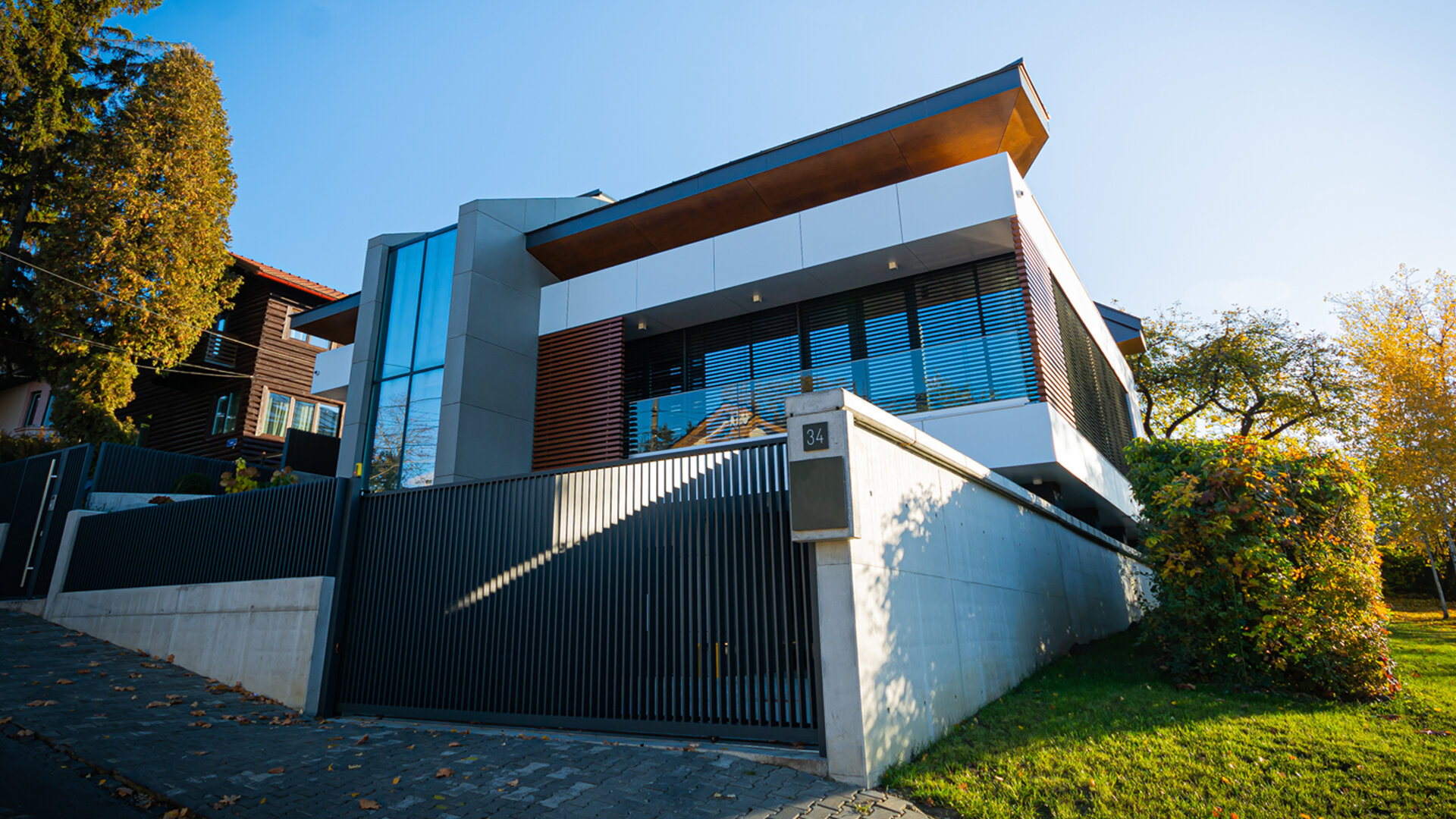 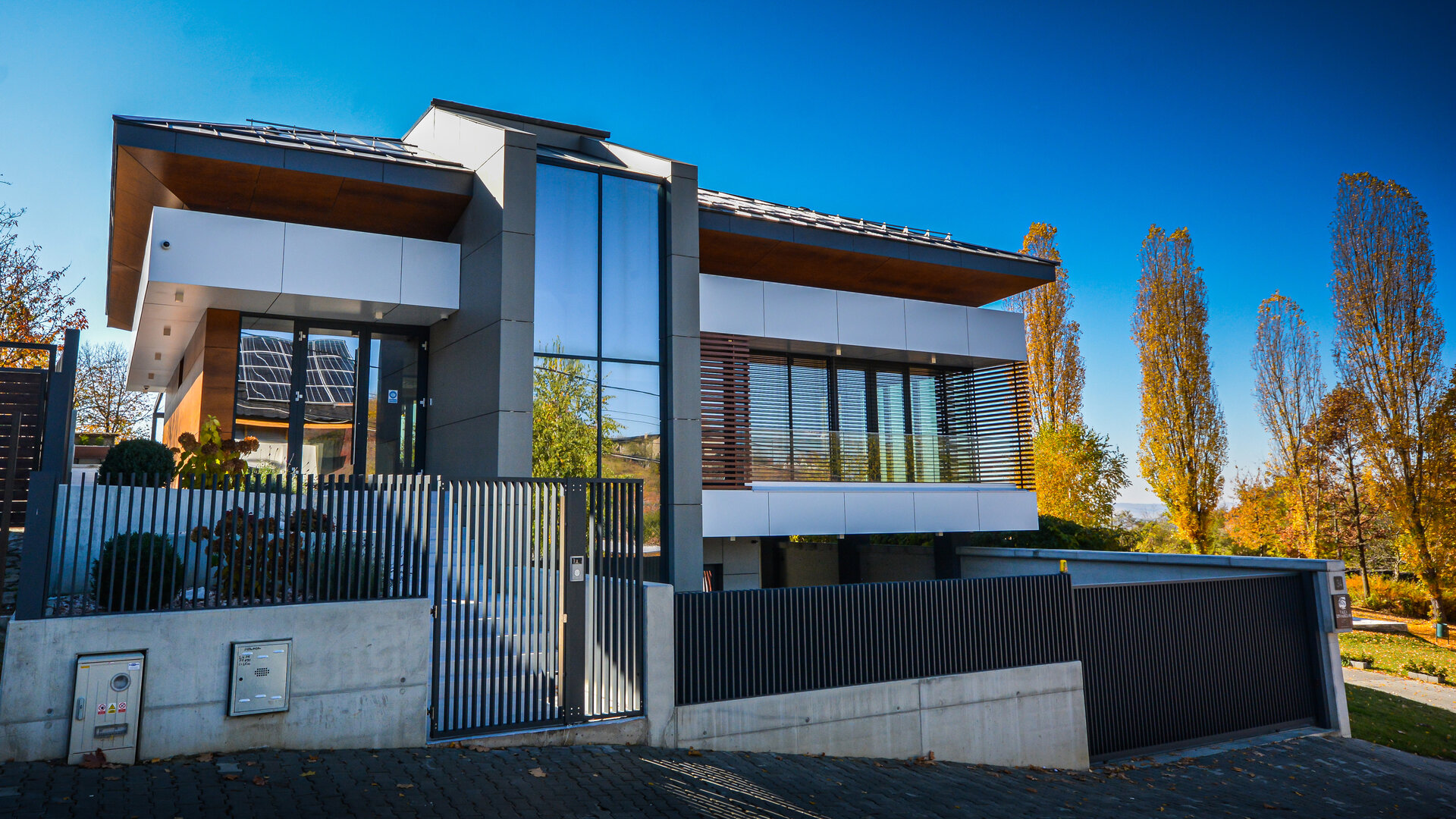 The client's wish was to succeed together to generate in the place of an old, dilapidated building, without architectural value, a new building, with a contemporary design, which would be noticed and in which the offices of the company could function. In this sense, the involvement and constant belief in the success of the work without compromise, made the beneficiary become our partner rather than just a client, being directly involved in understanding and solving the details.

The site is located in a splendid residential area of Târgu Mureș, on a plot of land with a very narrow opening for the area it covers, with an old building in an advanced state of decay. The challenge was to generate a new building that could combine the air of a representative office space with the deeply residential character of the area in which it is located, integrated as well as possible in the local specificity, which would be a notable presence but without visually disturbing the area in which it is located.

The result was a dual system of space use, combining office and residential functions, in which, with the help of the natural slope of the land, we managed to hide all the functions of a technical nature in the basement, so that the raised ground floor and attic could breathe free. The ground floor is dedicated to offices, while the upper floor is reserved for a private office, the connection between the two spaces being put in permanent dialogue with the outside as transparently and honestly as possible.

The volume of the building follows the vertical structuring of the ground floor and attic registers, forcing the graphics of an area-specific house, with cornice and vault, but interpreting it in such a way as to maximize the useful space of the interior in both the attic and ground floor volumes. Obviously, taking advantage of the ascending position and the opening towards the Mureș valley, all the spaces benefit from large glazed surfaces, which maximize and open up the interior-exterior dialogue of a rationally and comfortably used office space.

The roof is interrupted by a terrace hidden in the volume, so as to open up as wide a view as possible of the interior of the attic towards the city of Târgu Mureș and the sunset over the Mureș hills.

The interior spatial organization was centered on the idea of developing a community rather than simply resolving an efficient gathering of office colleagues in the same place. Thus, the common space, both inside and outside, is structured as a continuum, easily accessible and visible from all points of the site. To this end, along the indoor and outdoor routes, various viewpoints and gathering points are organized, which serve users by encouraging them to interact.

The chosen finishing materials are modern, bold, expressing both stability and a certain elegance of the passage of time. The apparent concrete follows all the exterior common spaces, creating a coherent image of the designed space through simplicity and attention to detail. 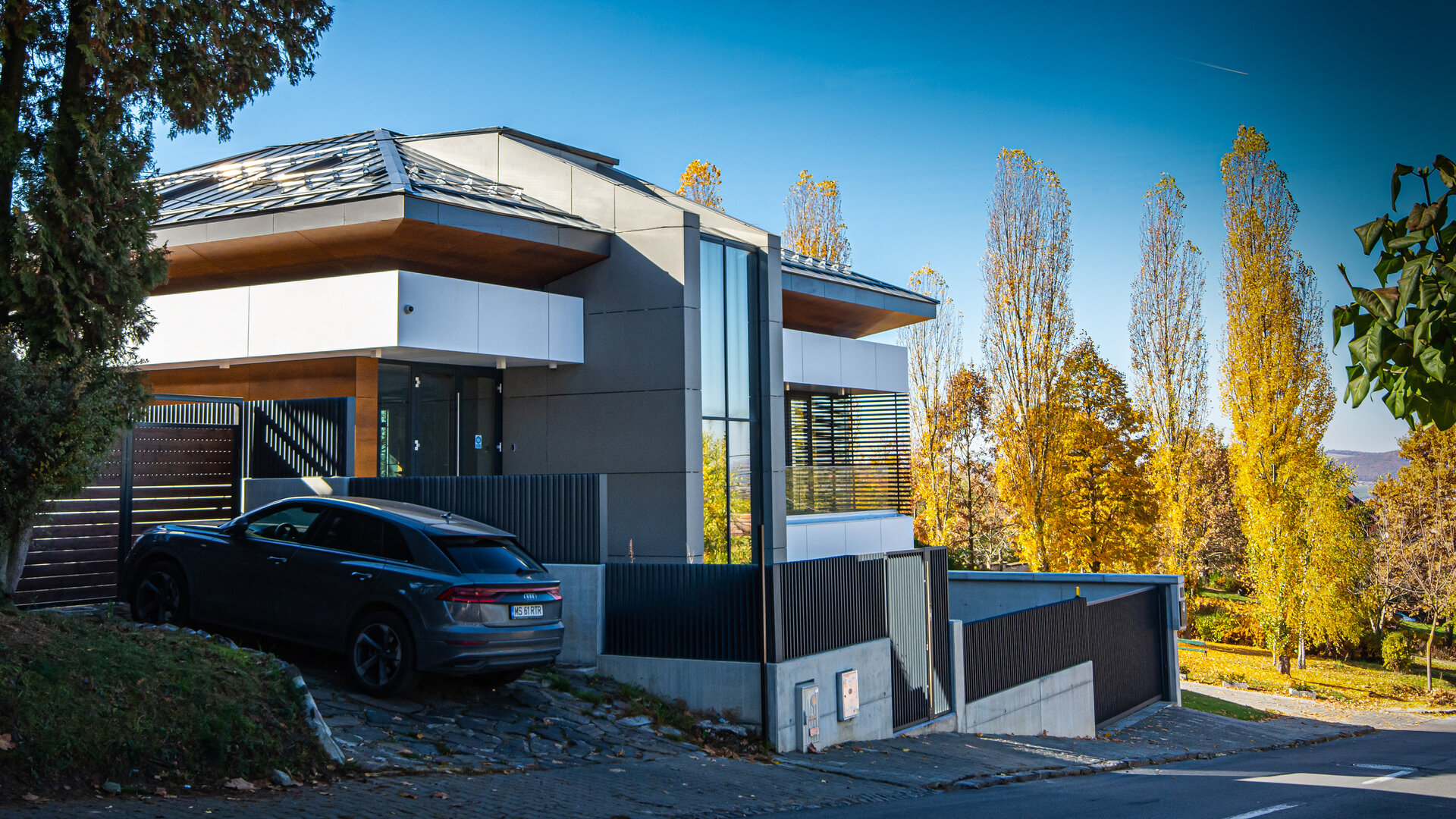 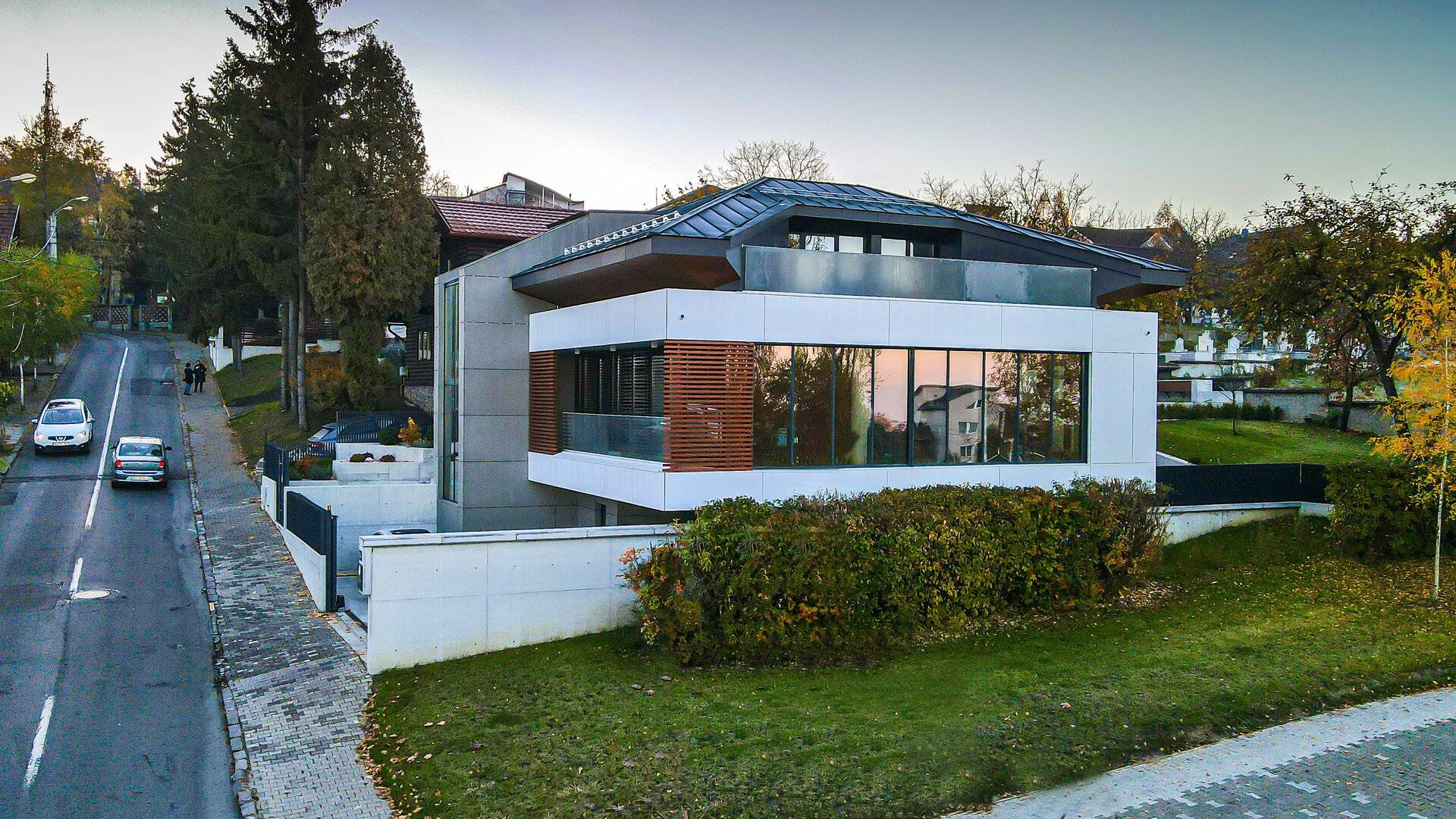 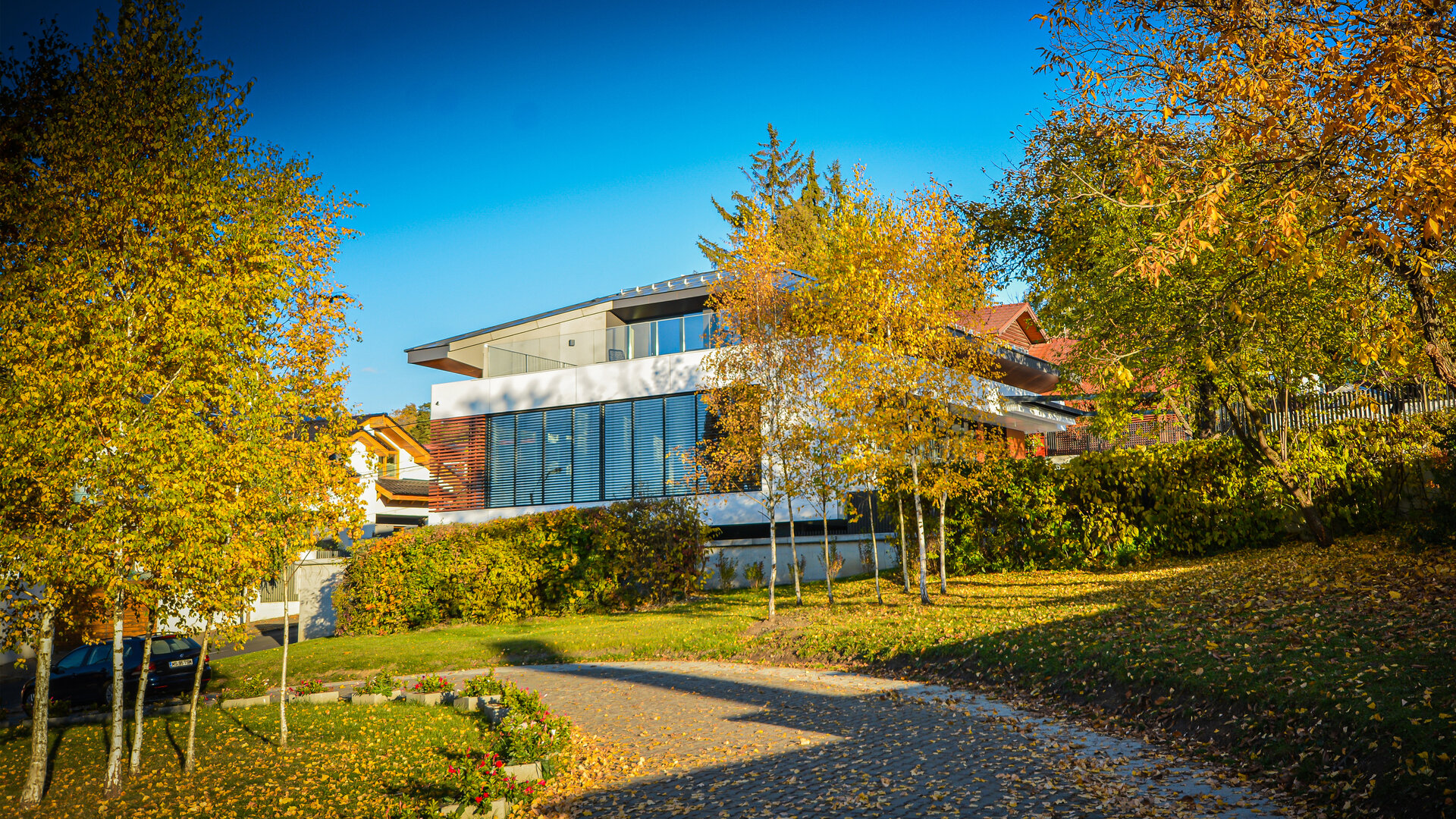 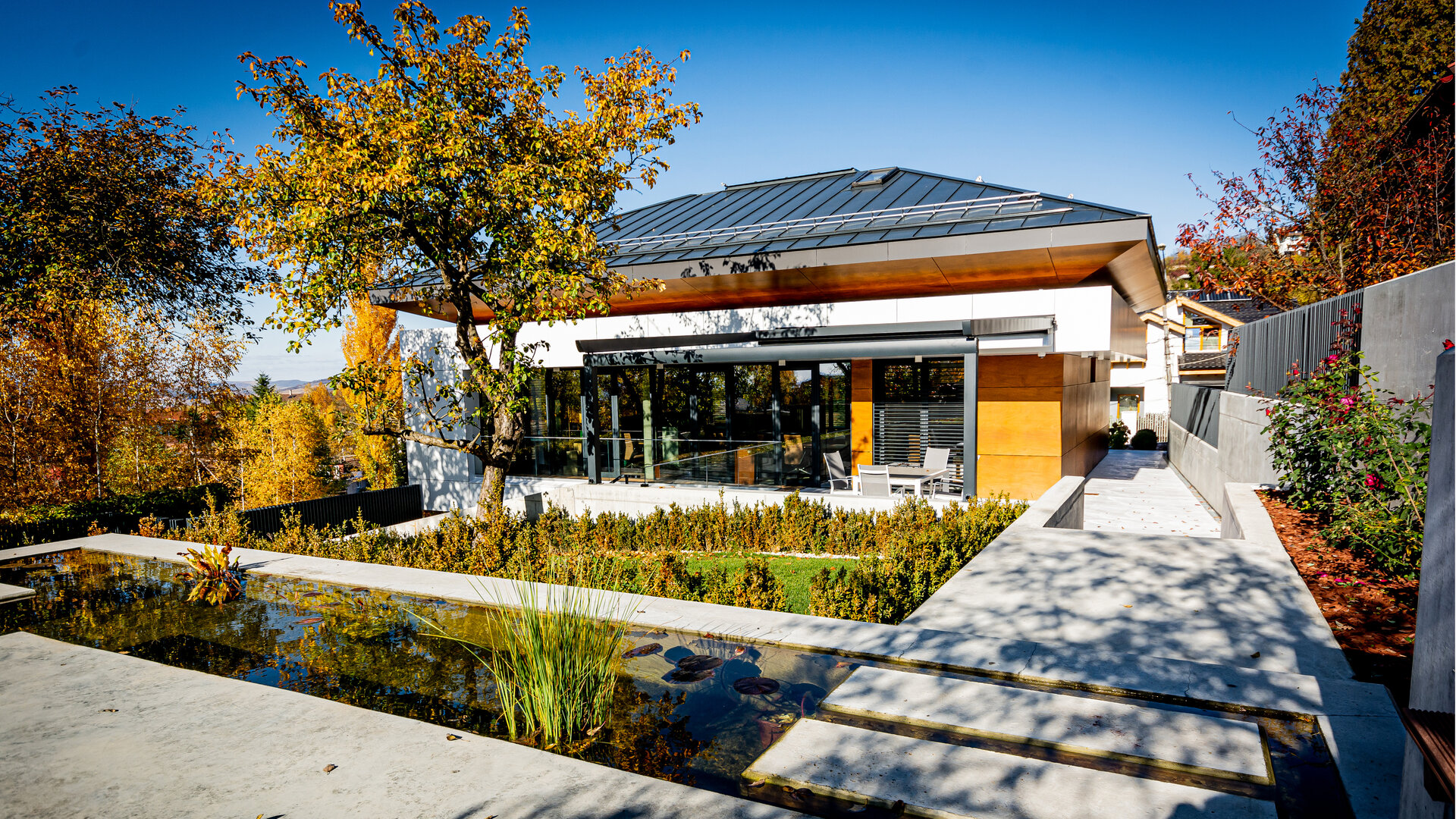 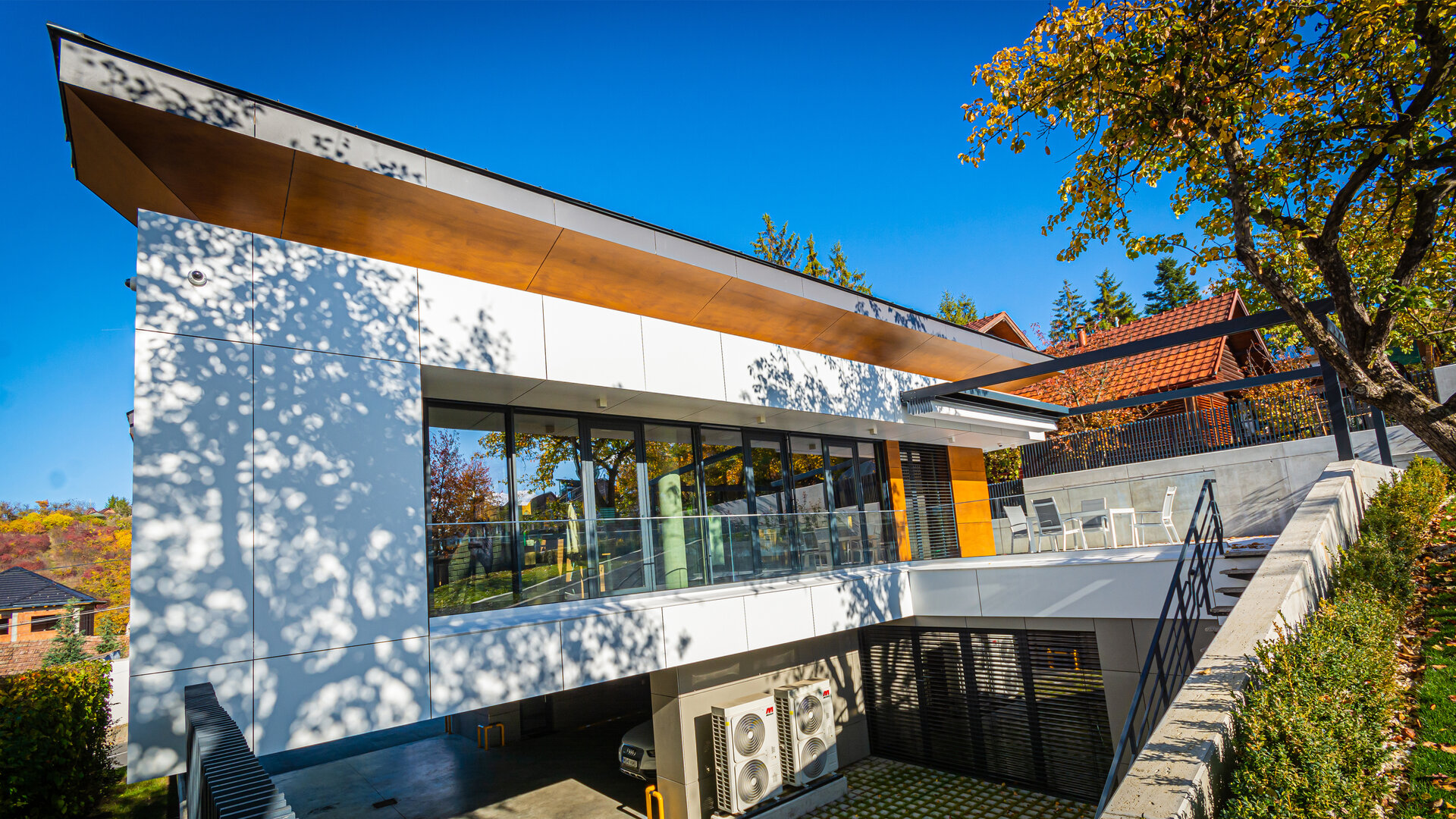 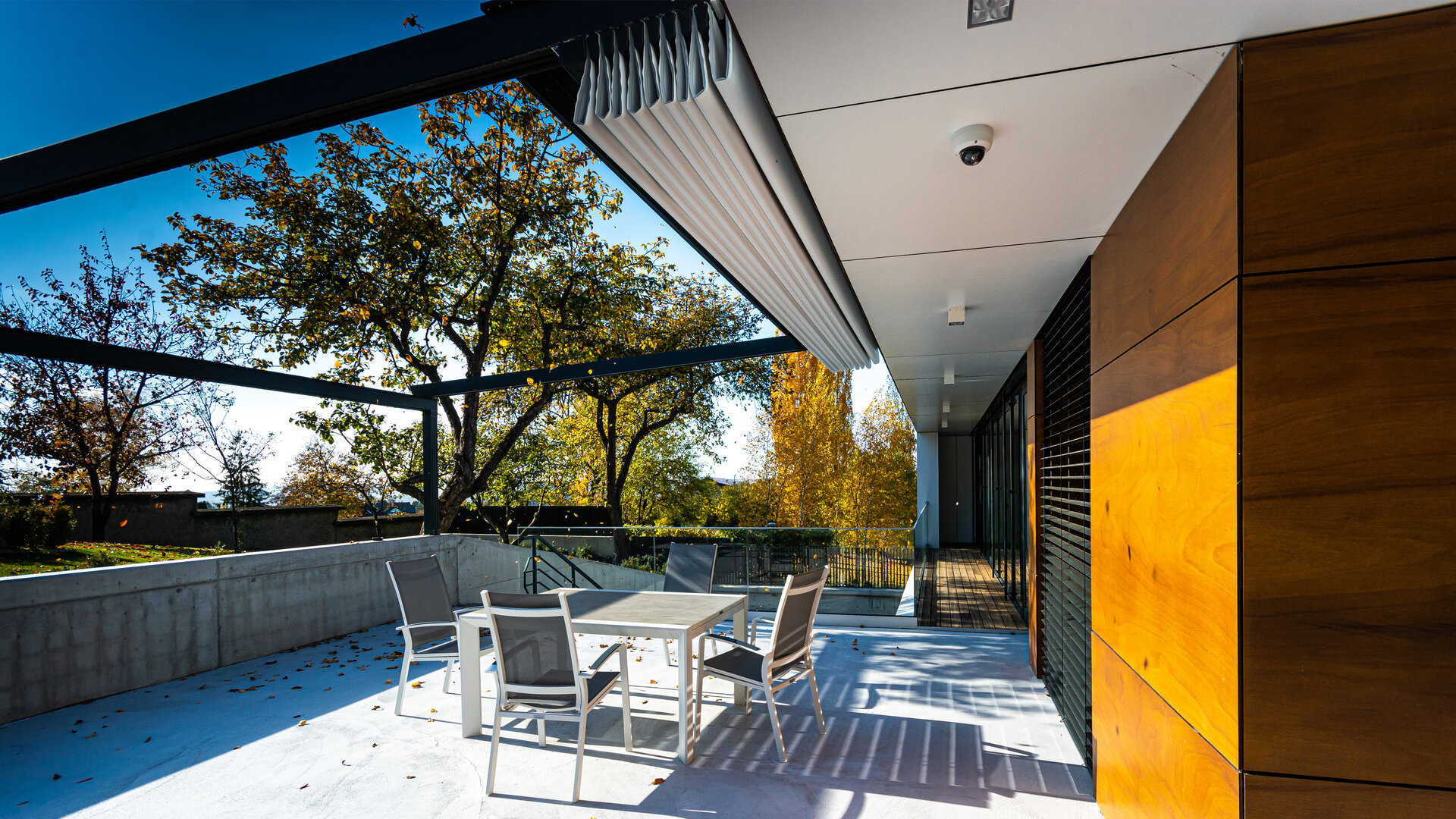 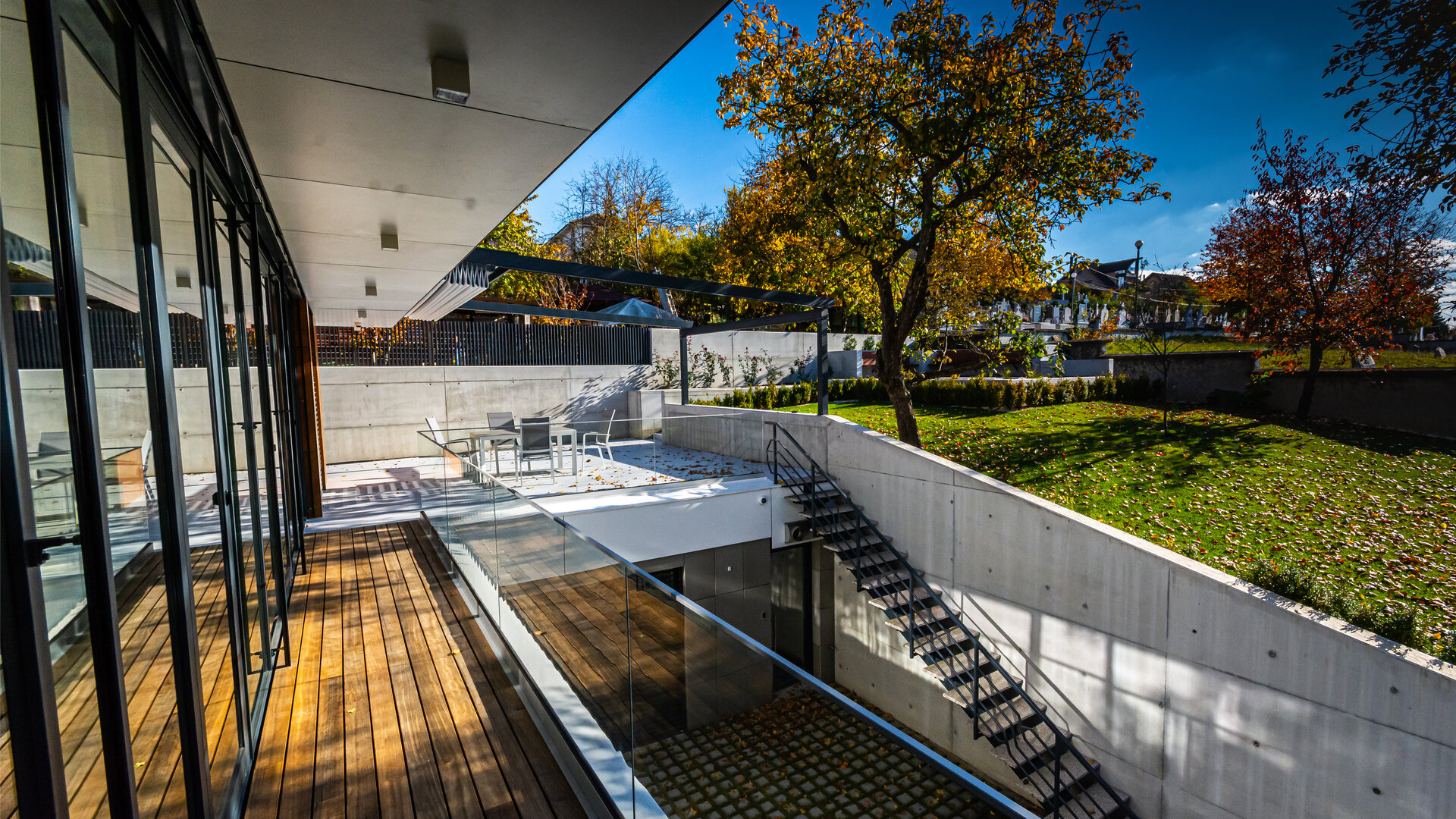 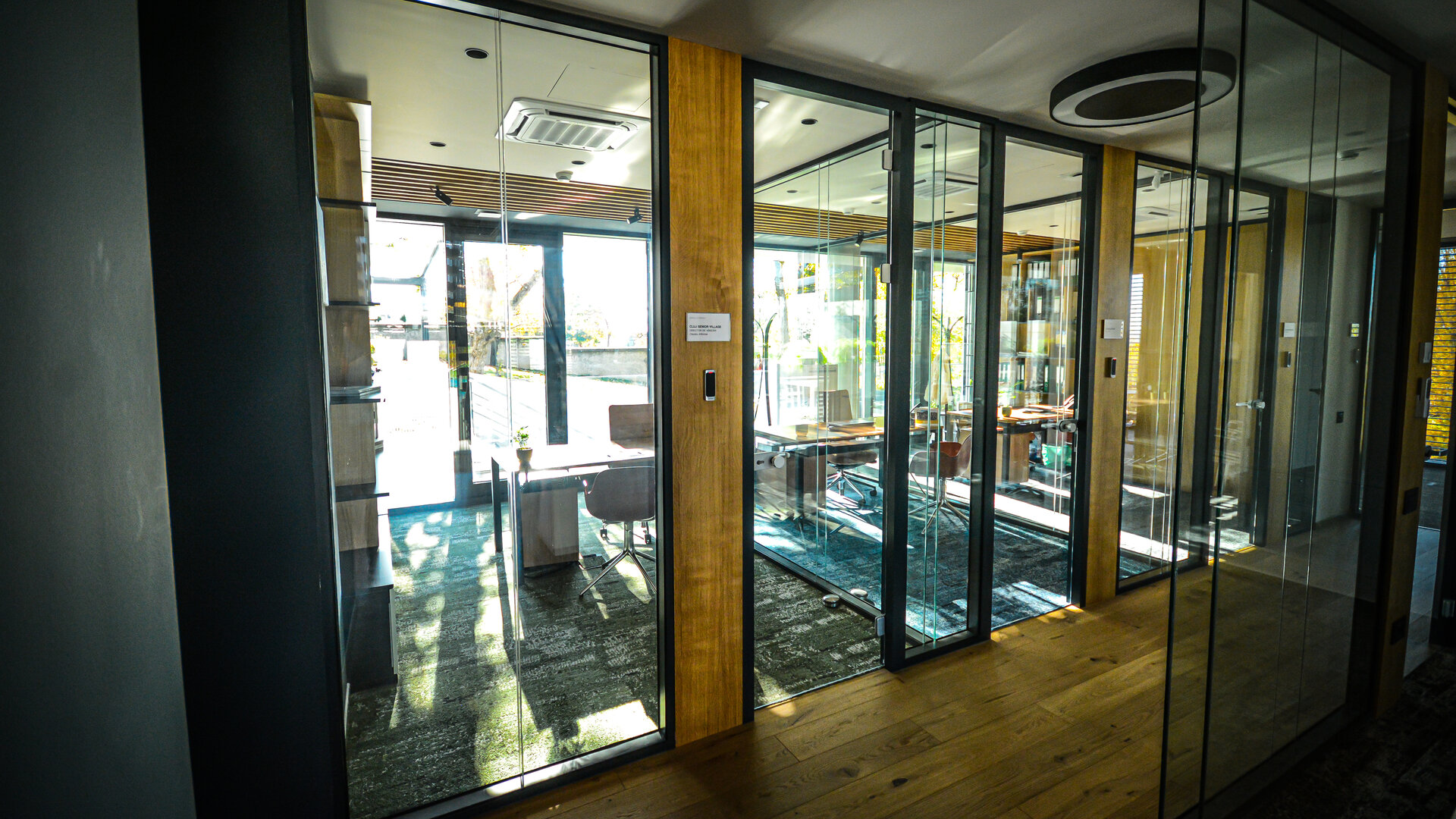 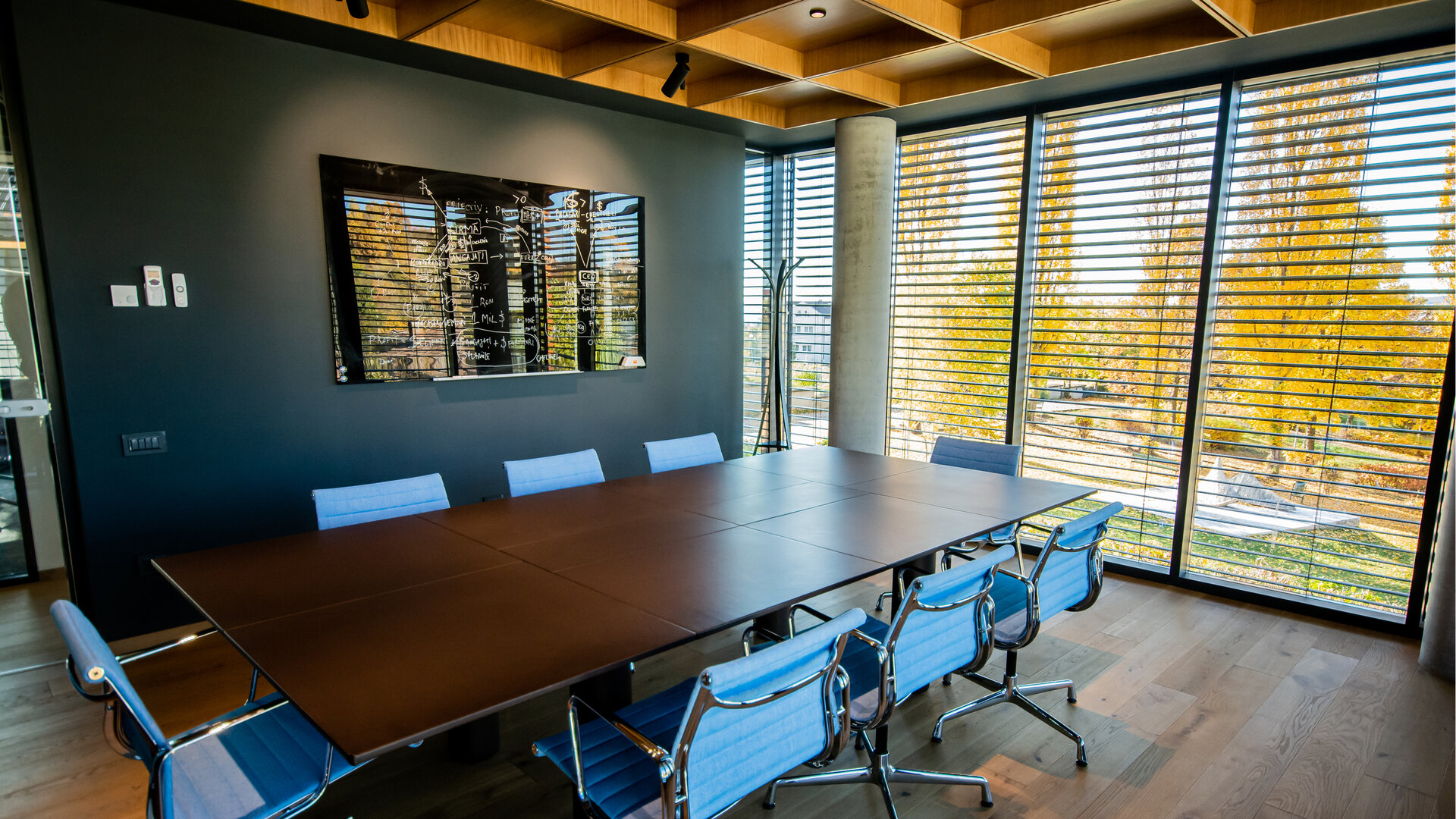 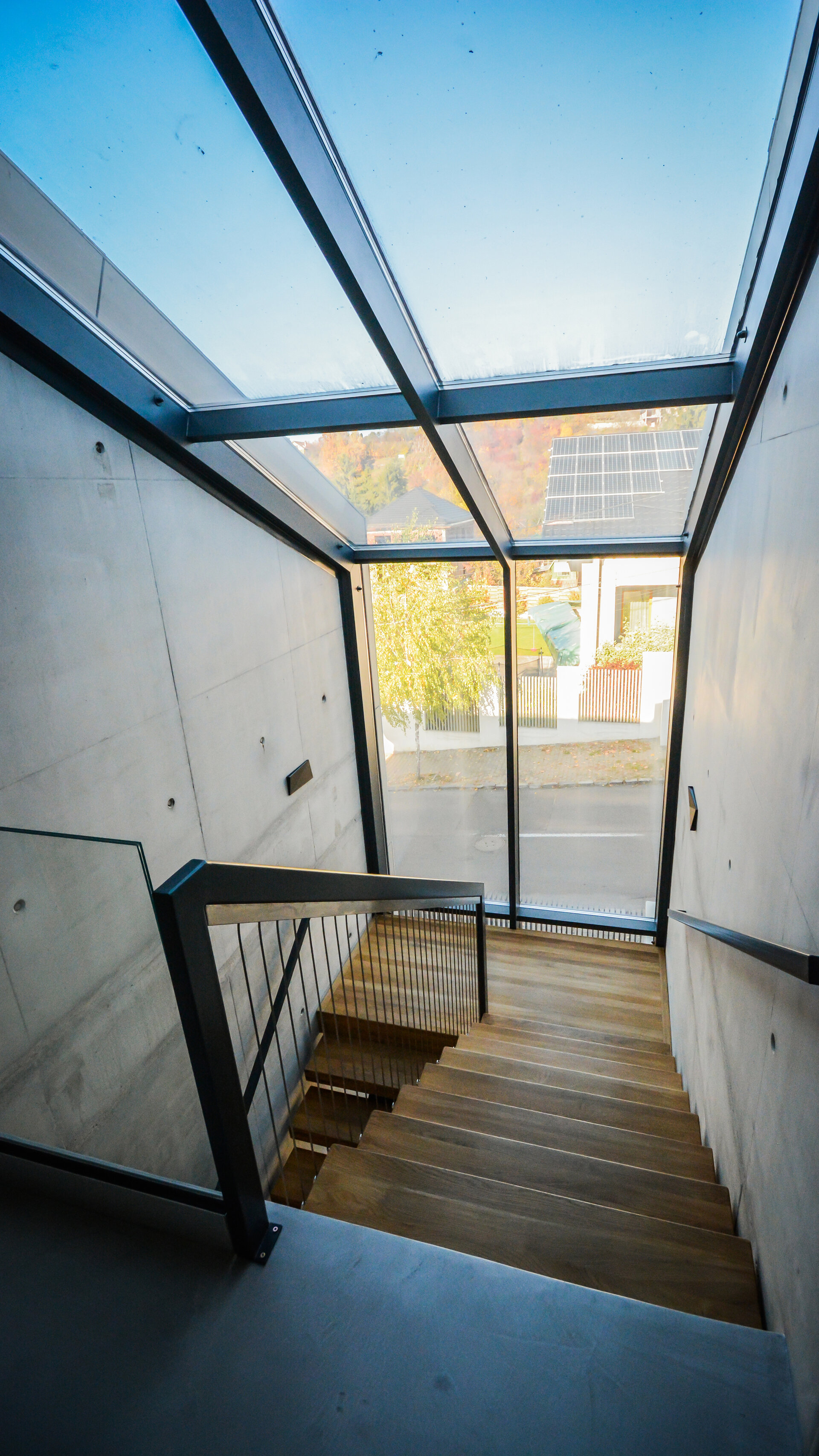 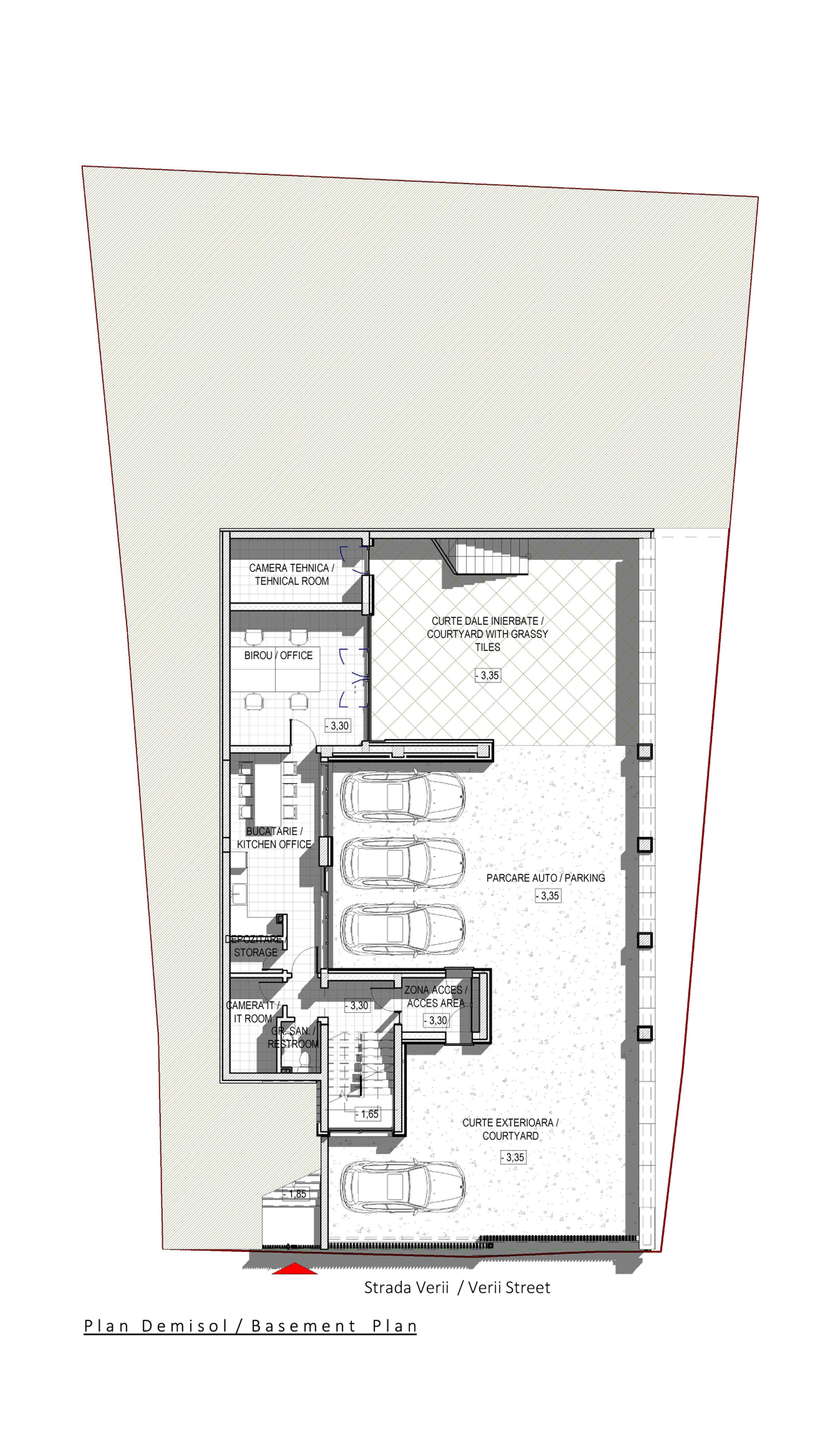 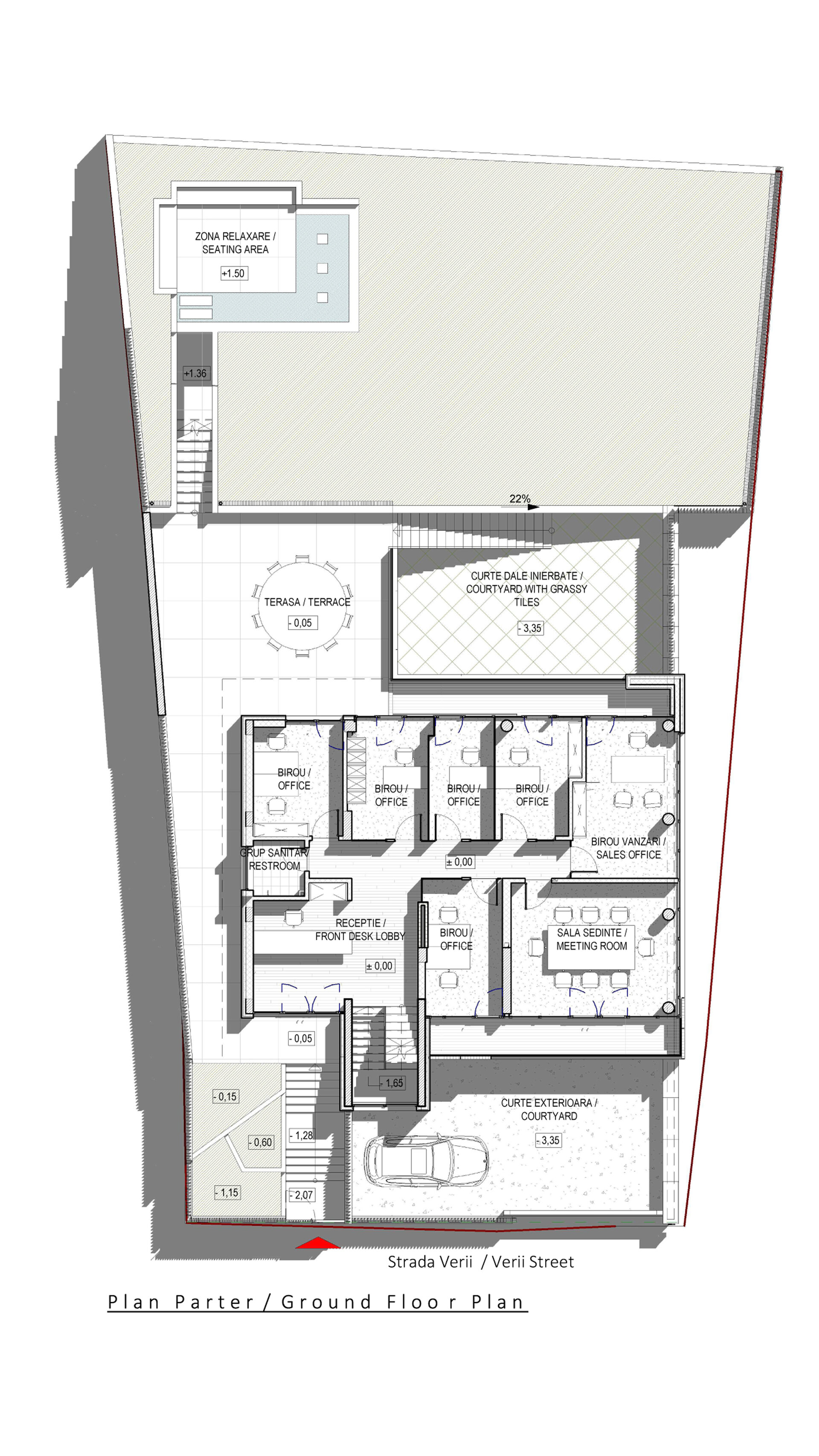 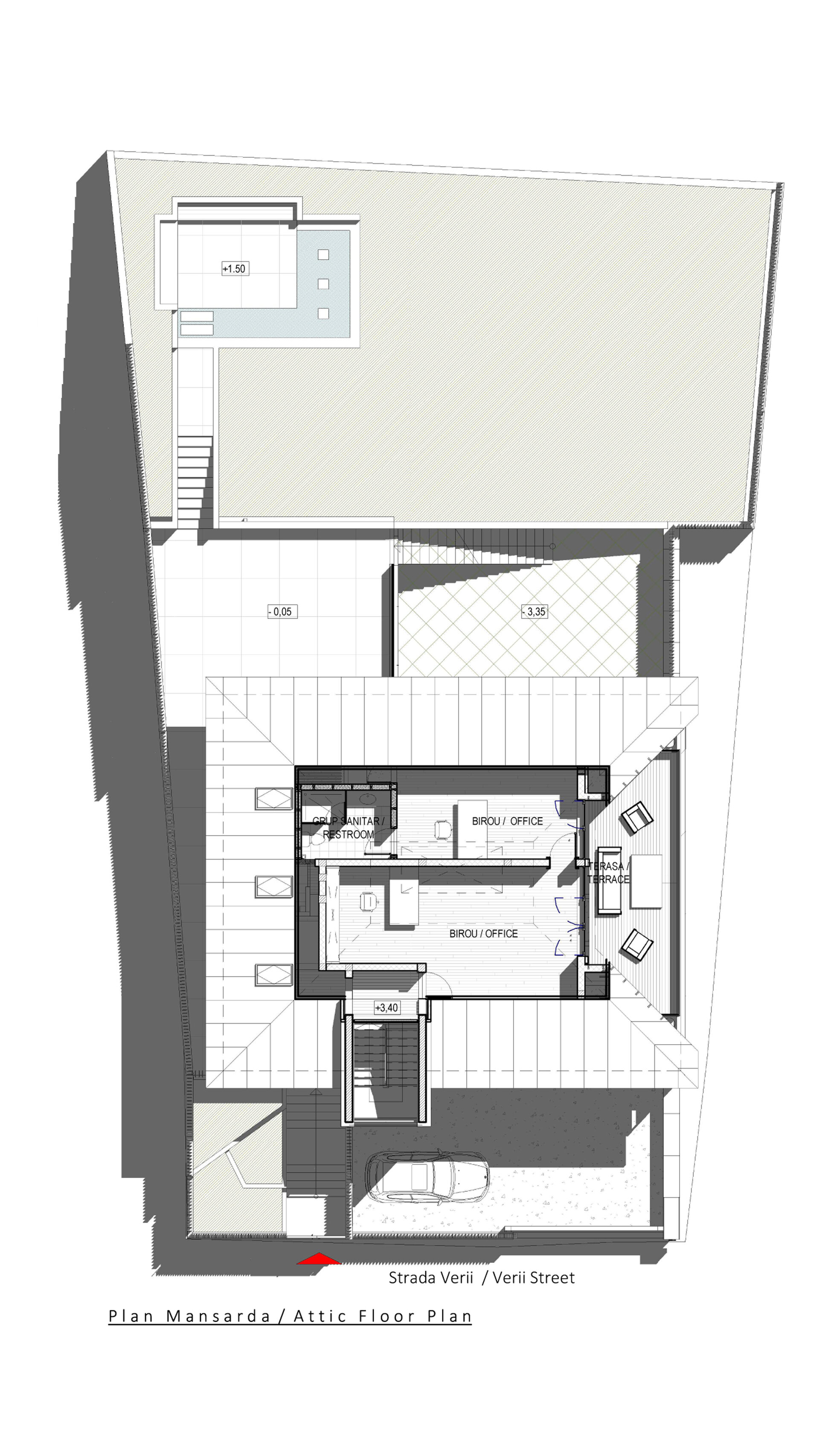 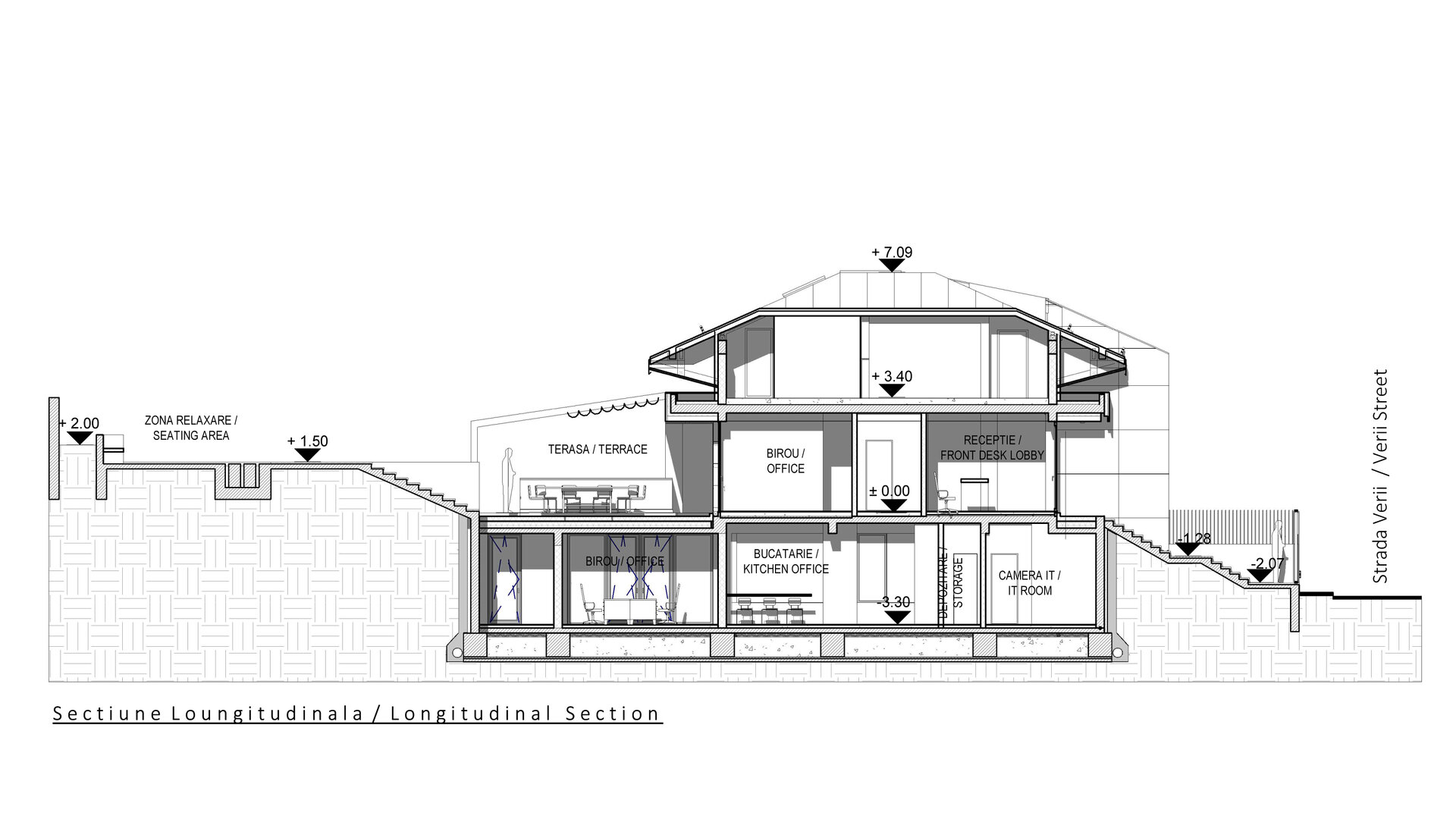 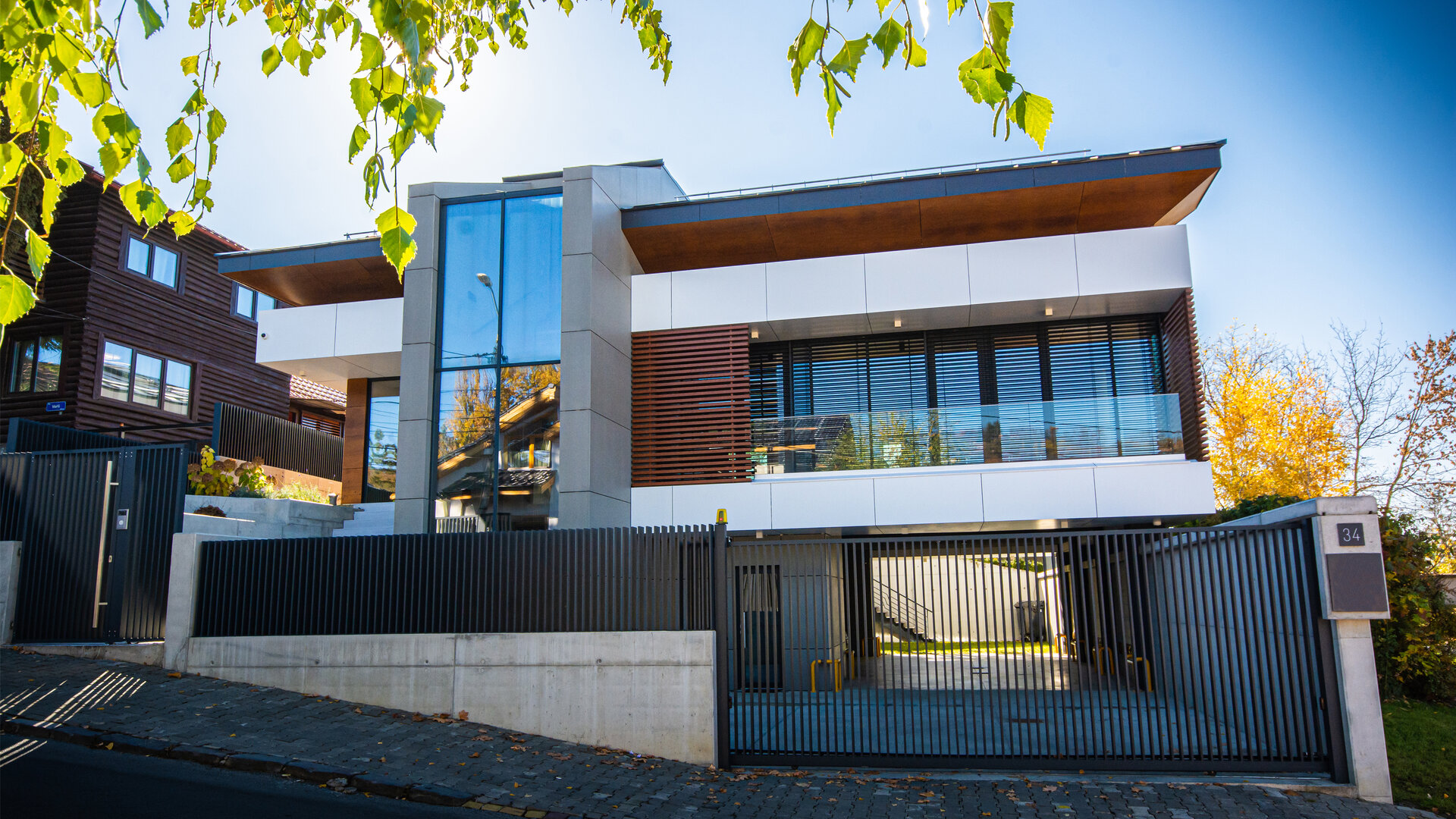 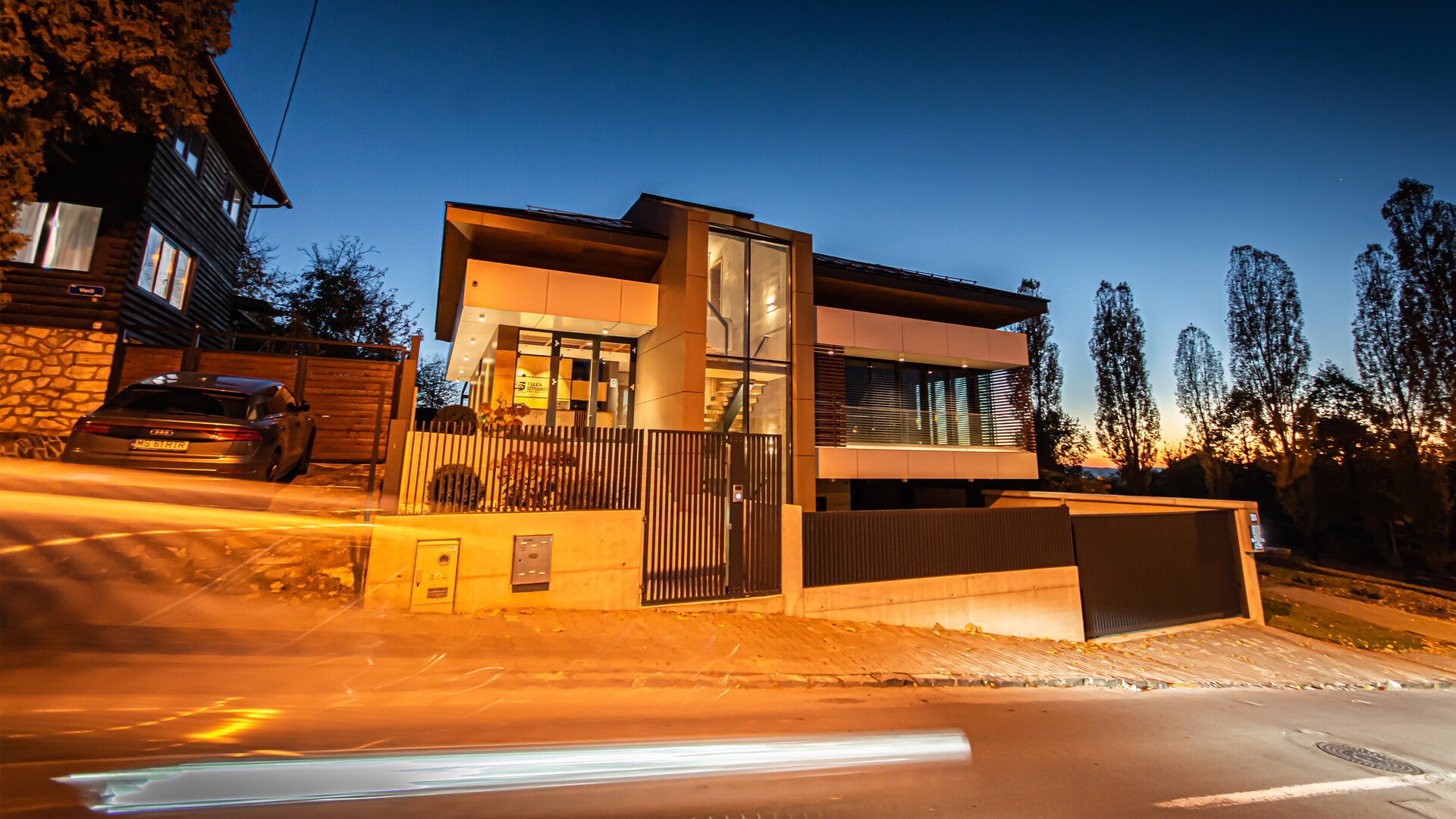