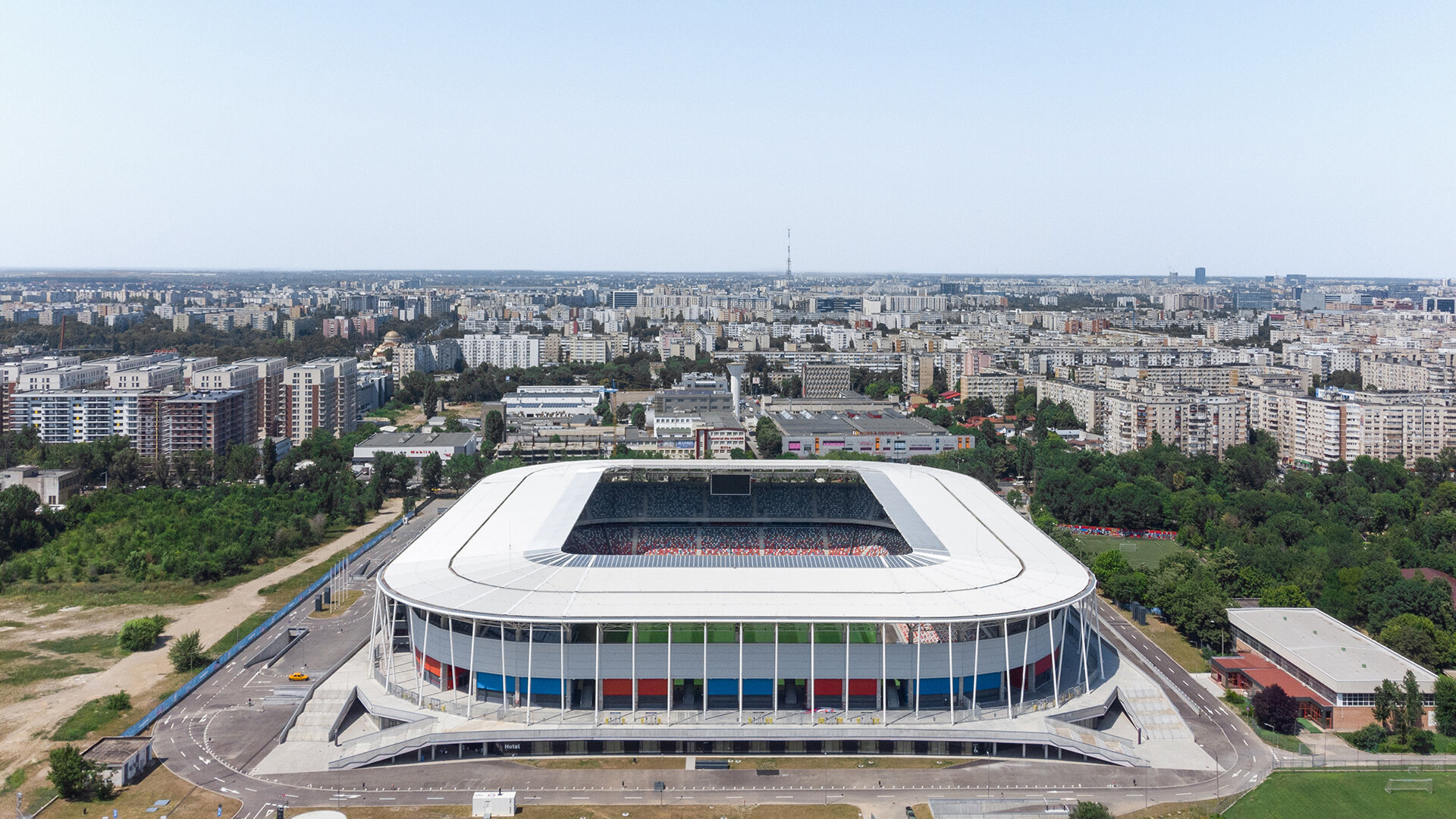 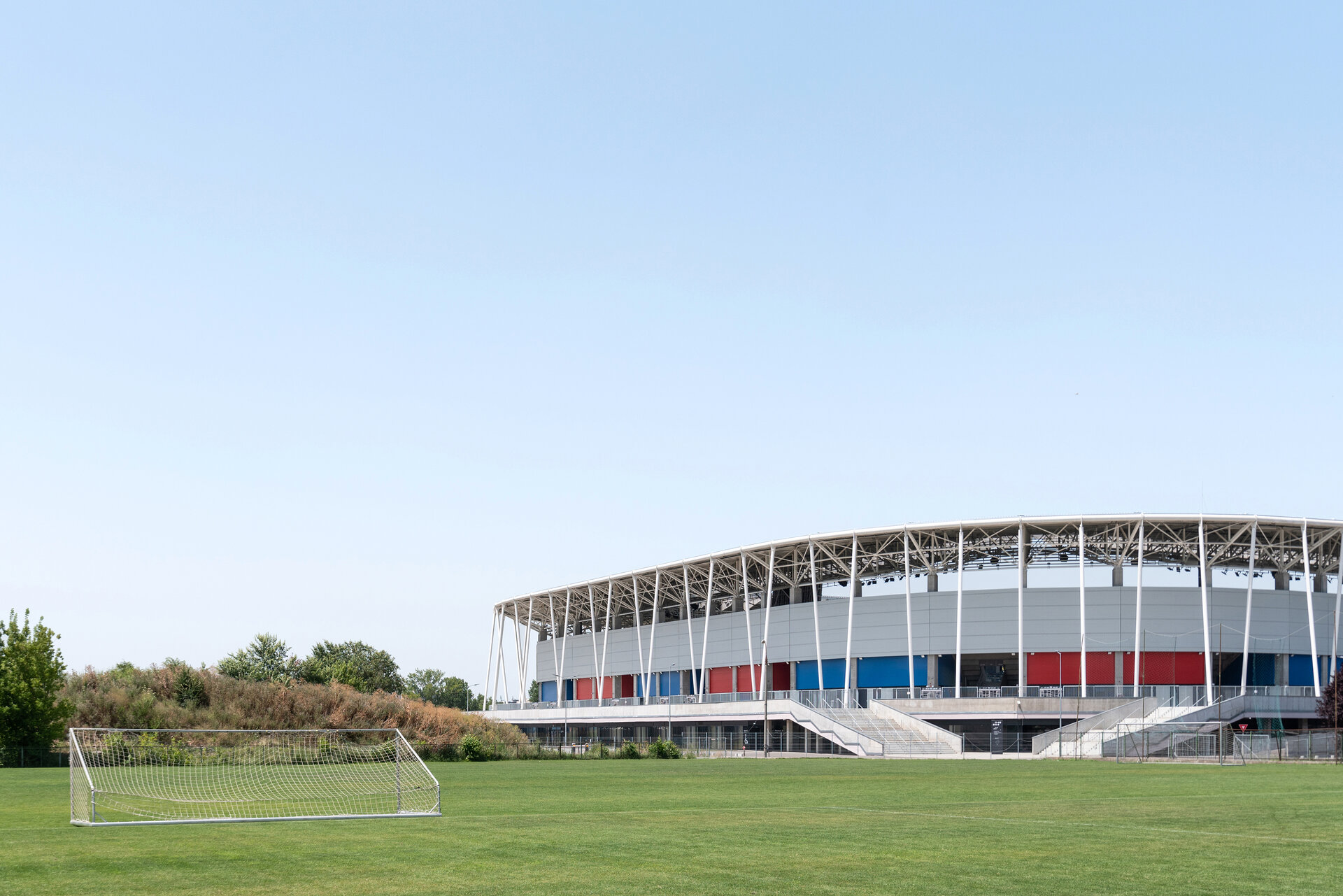 In addition to the functional requirements for the construction of a stadium with two levels of grandstands for +30000 seats with all the related facilities, the design brief for the new Steaua stadium asked to express on a formal level the shape of the five corners star. The design of the stadium started from these two directions at the same time.
Both directions - the formal and the functional - have been united through a structural concept that responds to a third challenge - that of a rapid, immediate realization.
The answer came by designing a building in which structure becomes architecture. Just like in sports, when athletes achieve outstanding performances seemingly easily, without effort in the eyes of the spectators, we wanted the architectural expression to be manifested on the outside through a structure that is elegant and light. In the same vein, non-structural closures are obvious and light, as is sportswear.
The structure is divided into two registers that correspond to the lower and the upper tiers, accessible through a perimeter esplanade located 4m above the ground level. The lower register connects to the ground, the context, the history and the upper one becomes autonomous, thus manifesting the essence of a stadium, a modern temple of sport.
The five-pointed star is expressed at the lower tier level. The starry shape, typical of military fortifications, becomes a reason to receive spectators in the stadium. Thus, the five corners are transformed from defence elements into reception elements, forming the monumental stairs that give access to the stands. The stairs accentuate through their slopes the shape of the star with polar, non-Cartesian. At the upper level, the metal tie rods that support the roof take the polar geometry of the star and transpose it in a vertical plane. They are arranged inclined in the plane of the beams, alternately inwards and outwards. Looking along the line of the tyrants, it forms a star peak.
From an urban point of view, the star is oriented to the north point, the interior functions and the spaces adjacent to the building responding contextually. Thus, towards Ghencea Blvd., a public square will be formed, towards which the museum, two commercial spaces, the ticket offices and two restaurants will be opened. On the west side there is access to the VIP area and the related underground parking, access for athletes, access to the press and the club offices. To the south is the hotel and the canteen, the south-west corner offering spaces for Steaua TV offices and the south-east corner offering access to the numerous training spaces that make the heel a real sports base. Thus, on the east and south sides, on the ground floor and basement there are training areas for table tennis, wrestling, boxing, weightlifting, judo, compressed air shooting, archery, rifle shooting, but also a fitness room.
The show and the sports performance are announced by elements of architectural decoration that are manifested distinctly at the two levels. On the parapet of the esplanade, we placed a galvanized steel frieze with the names of the legendary athletes of Steaua. During the day and outside of sporting events, we wanted the stadium to have a discreet presence created by the registers and proportions of classic derivation. During the events, however, the building comes to life through the architectural lighting systems and the LED facade on the north side, creating a spectacle, activating the urban space. 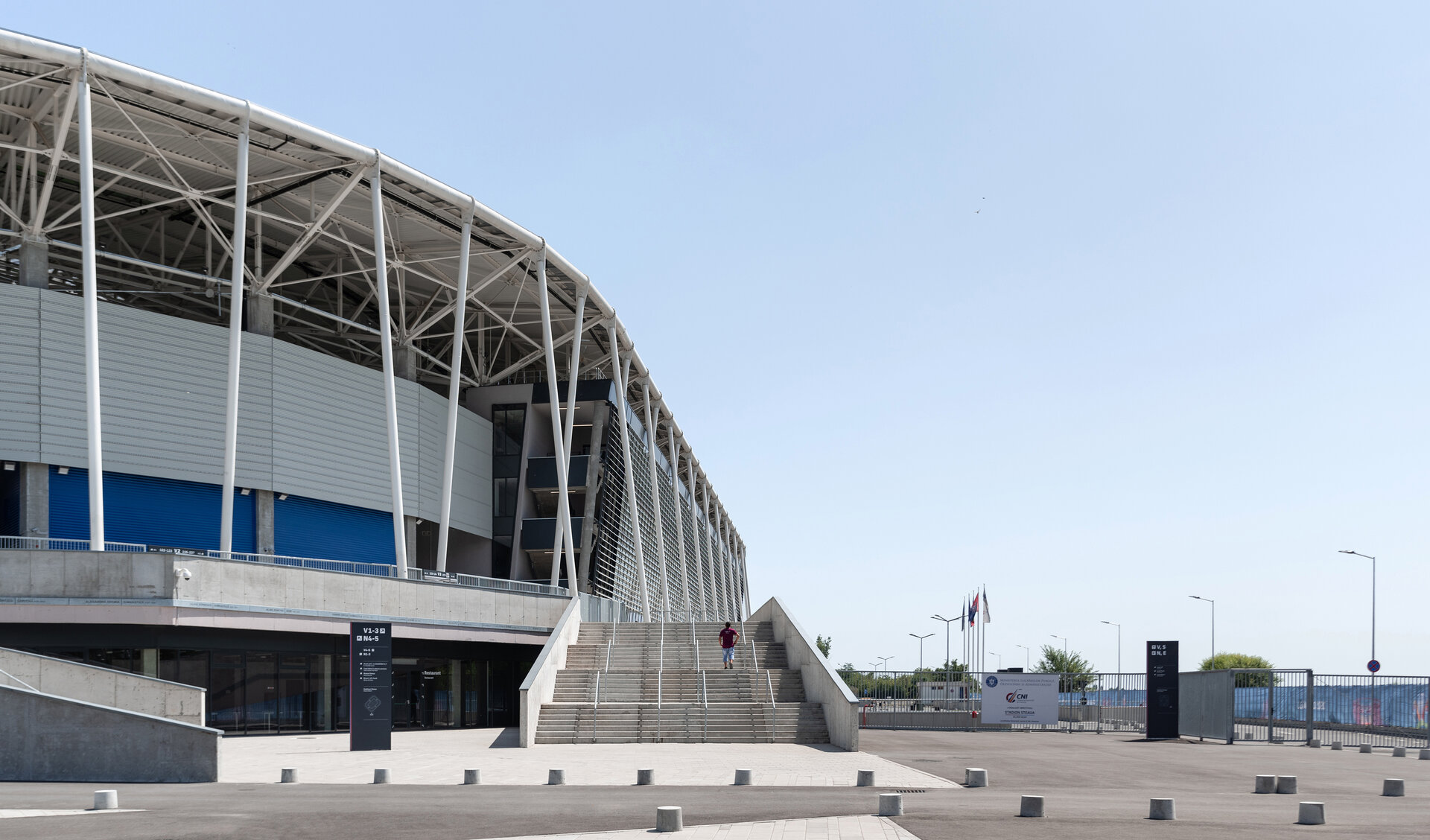 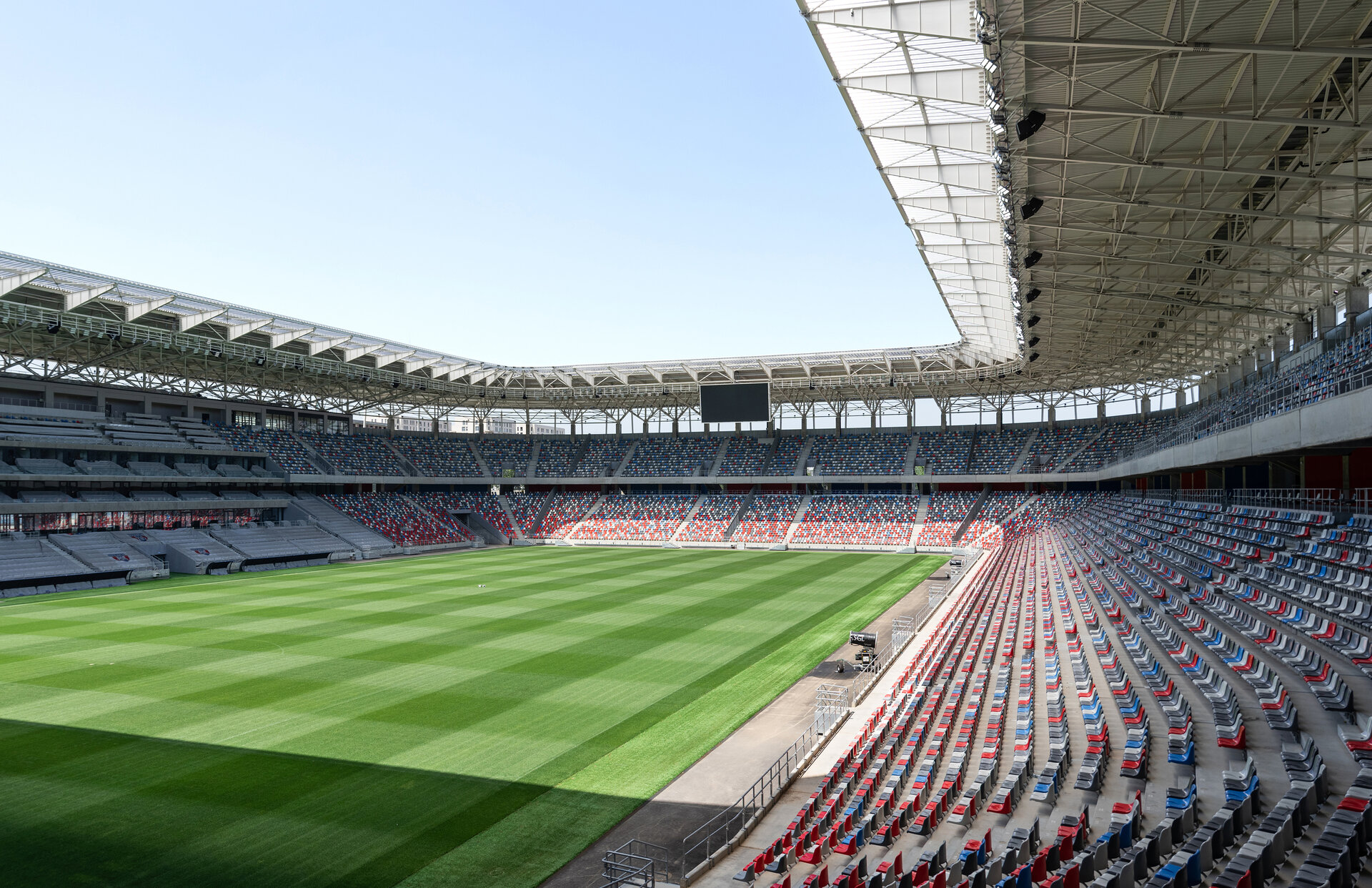 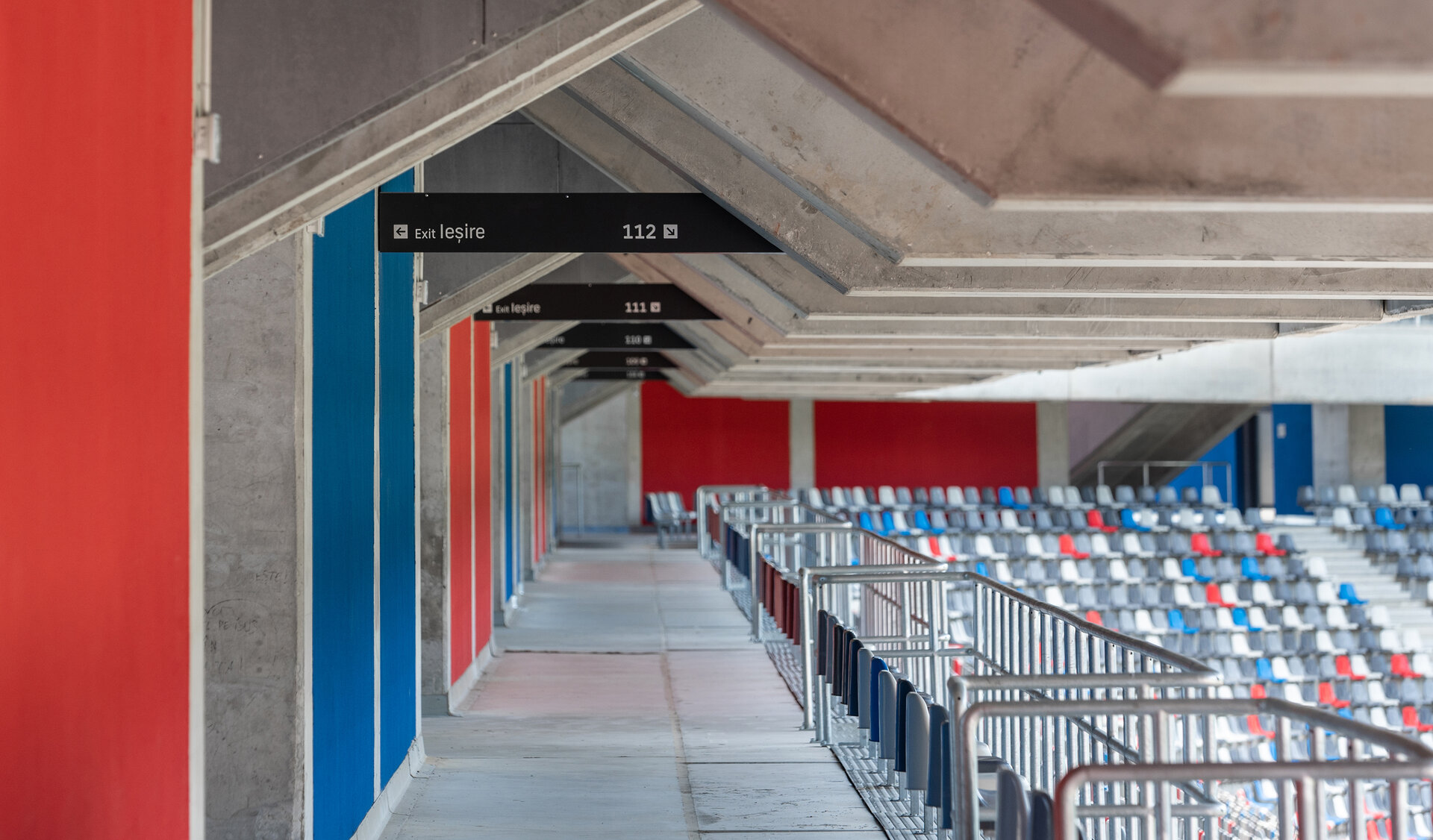 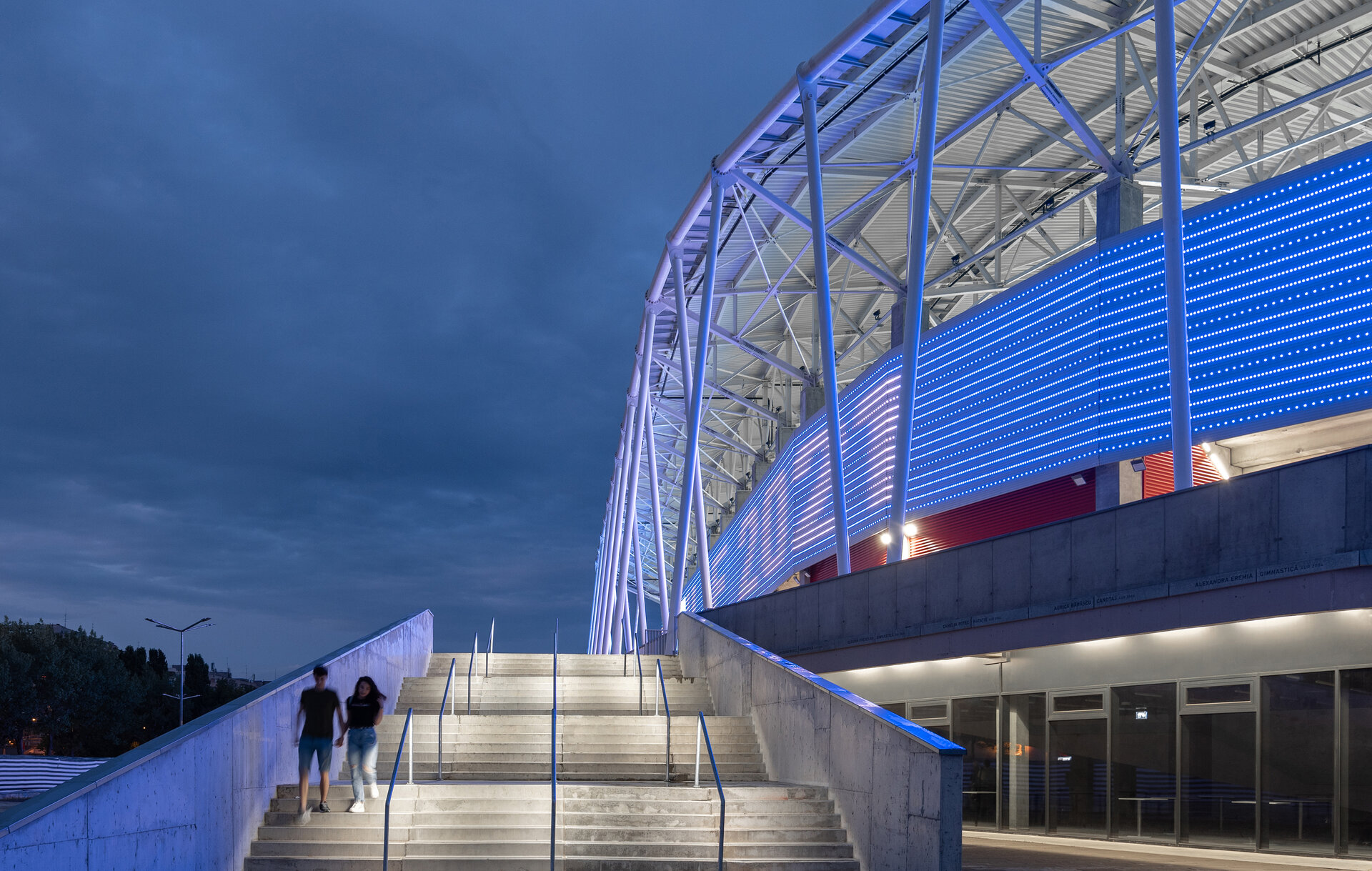 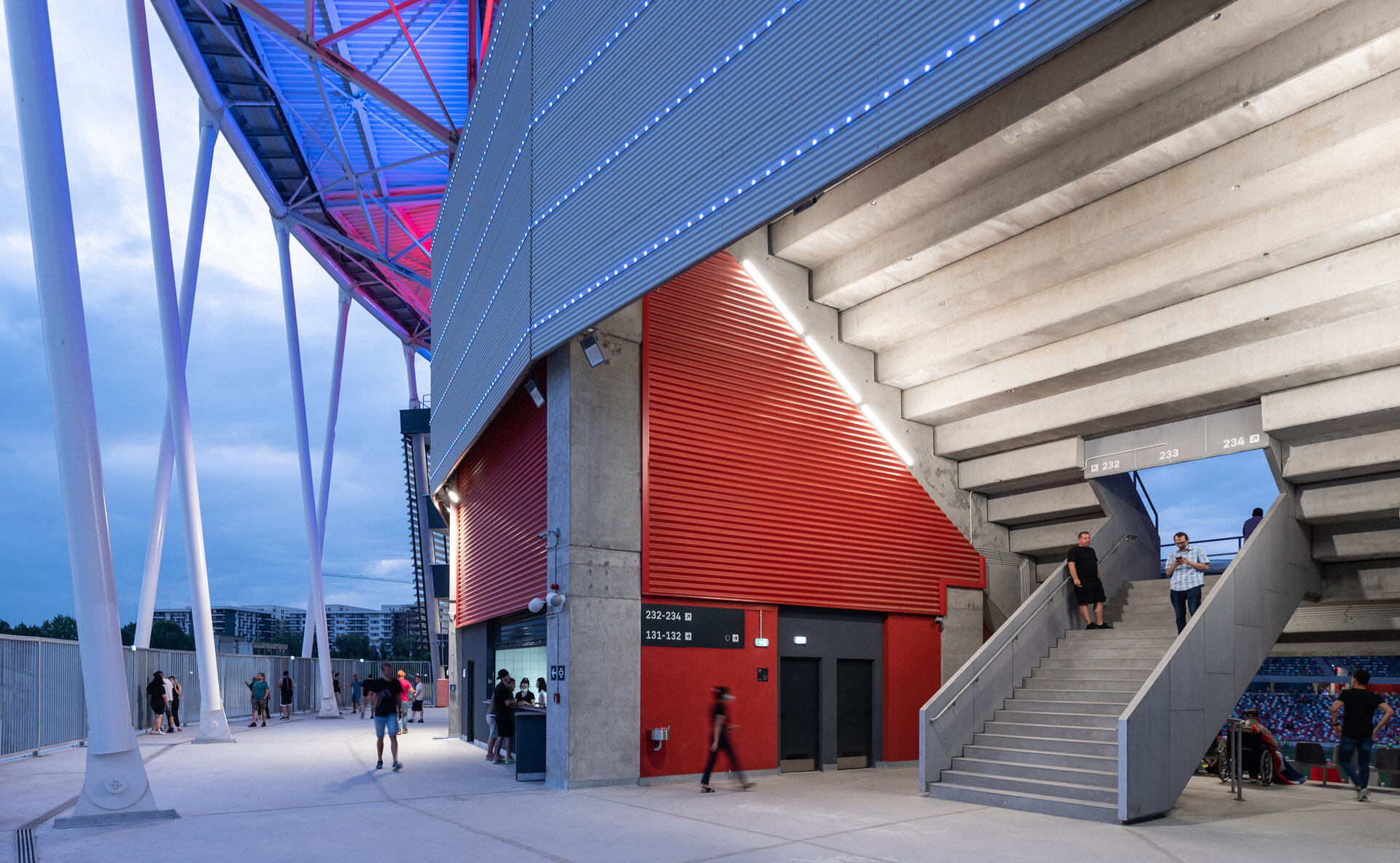 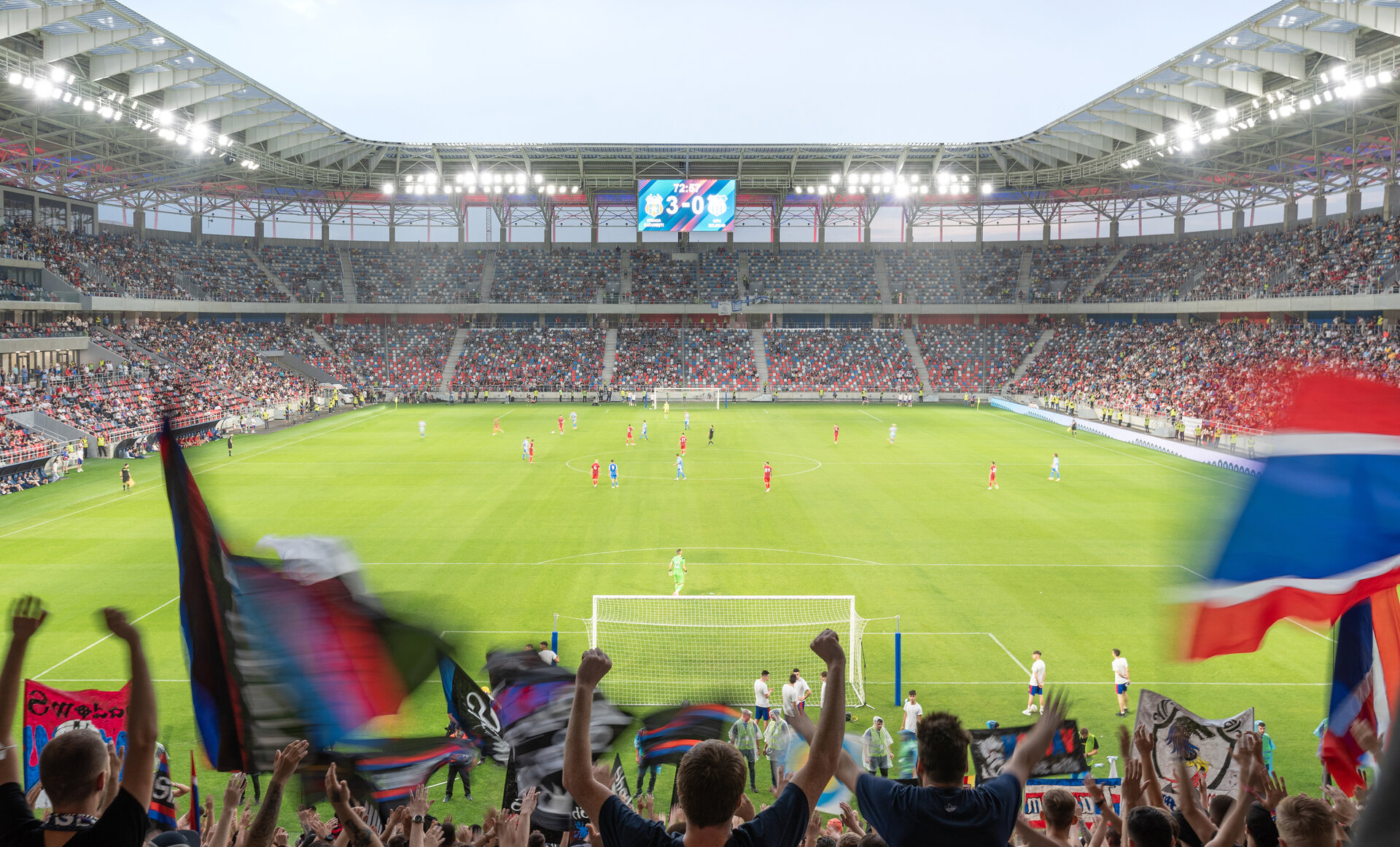 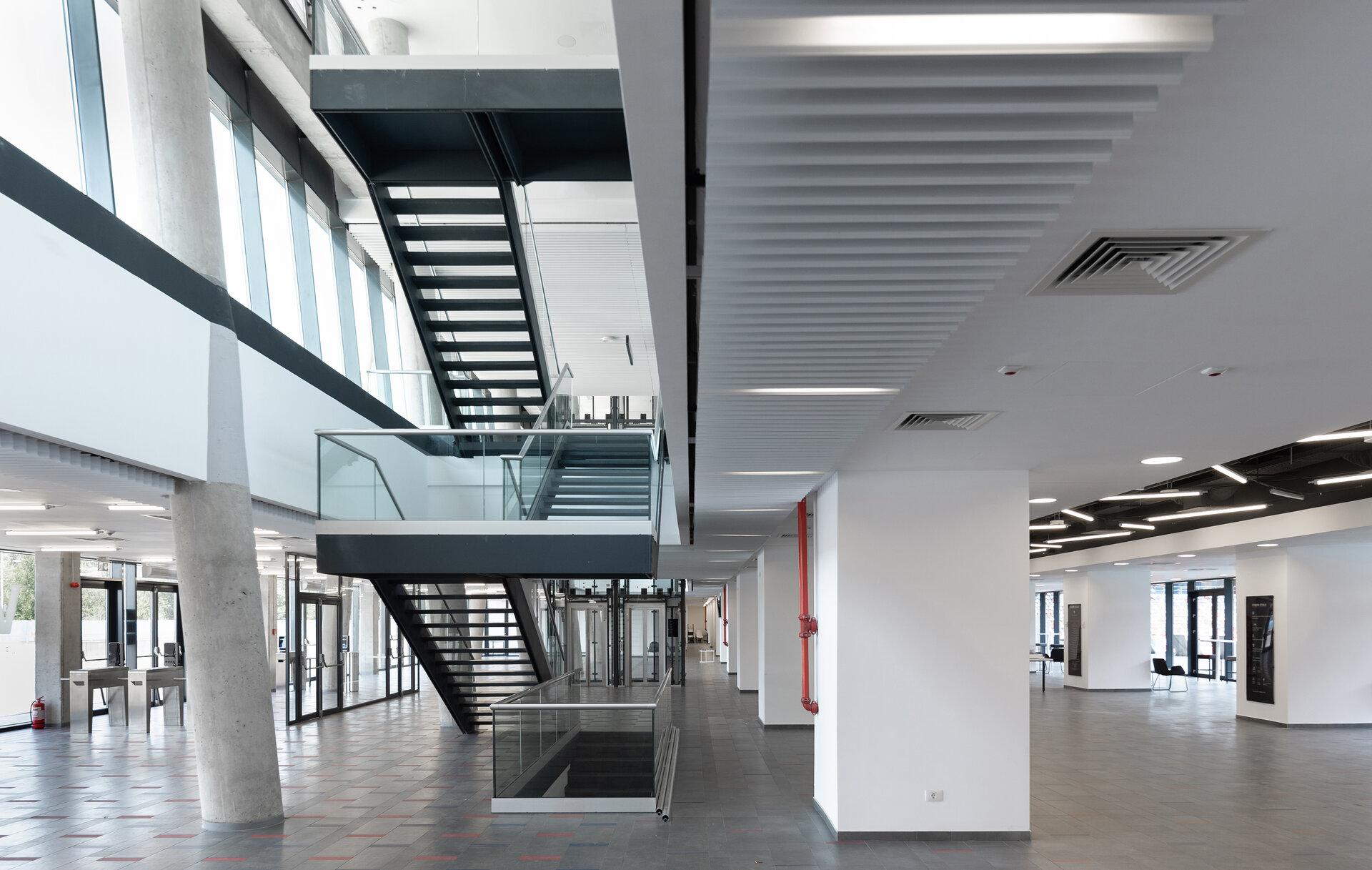 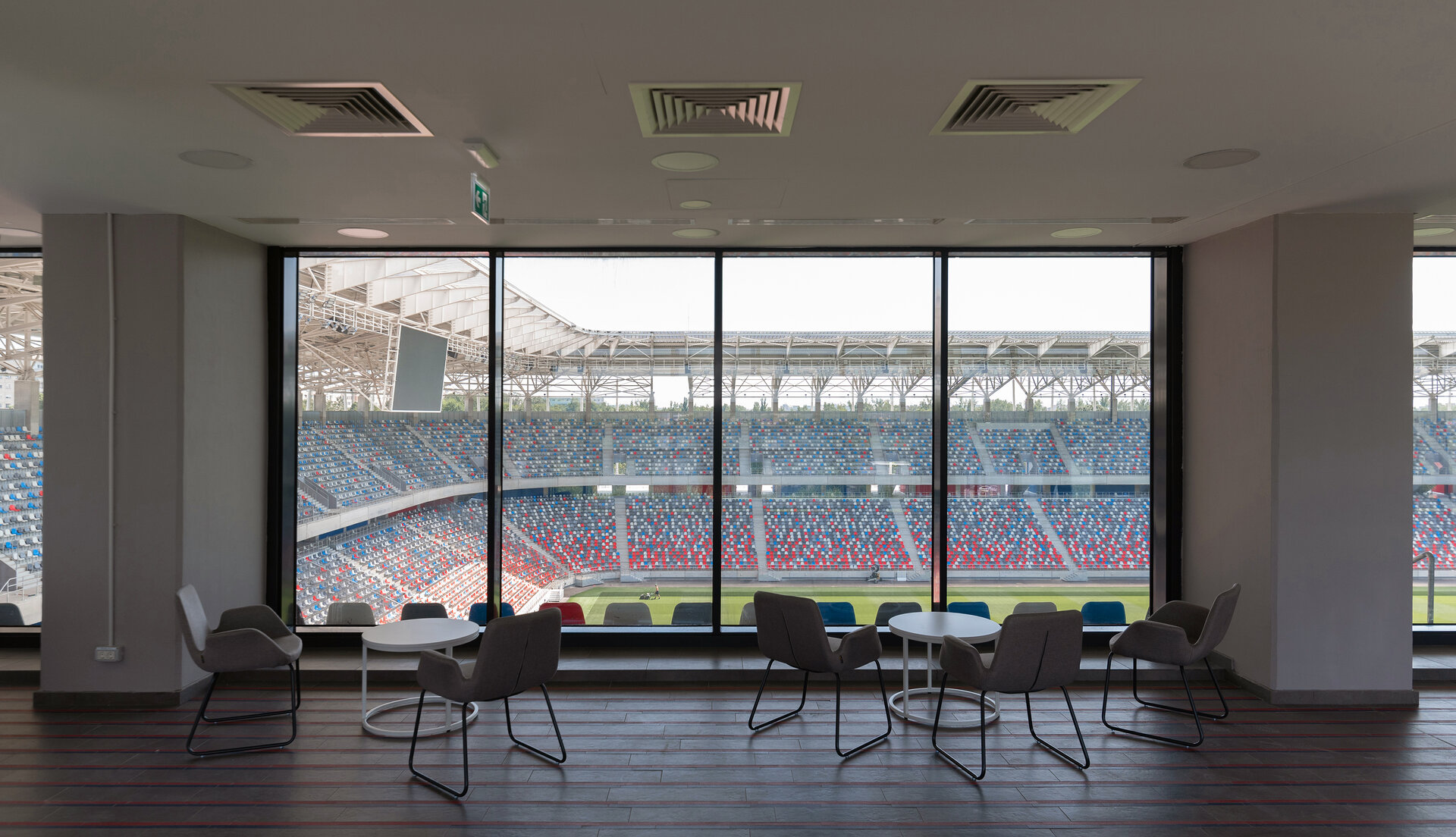 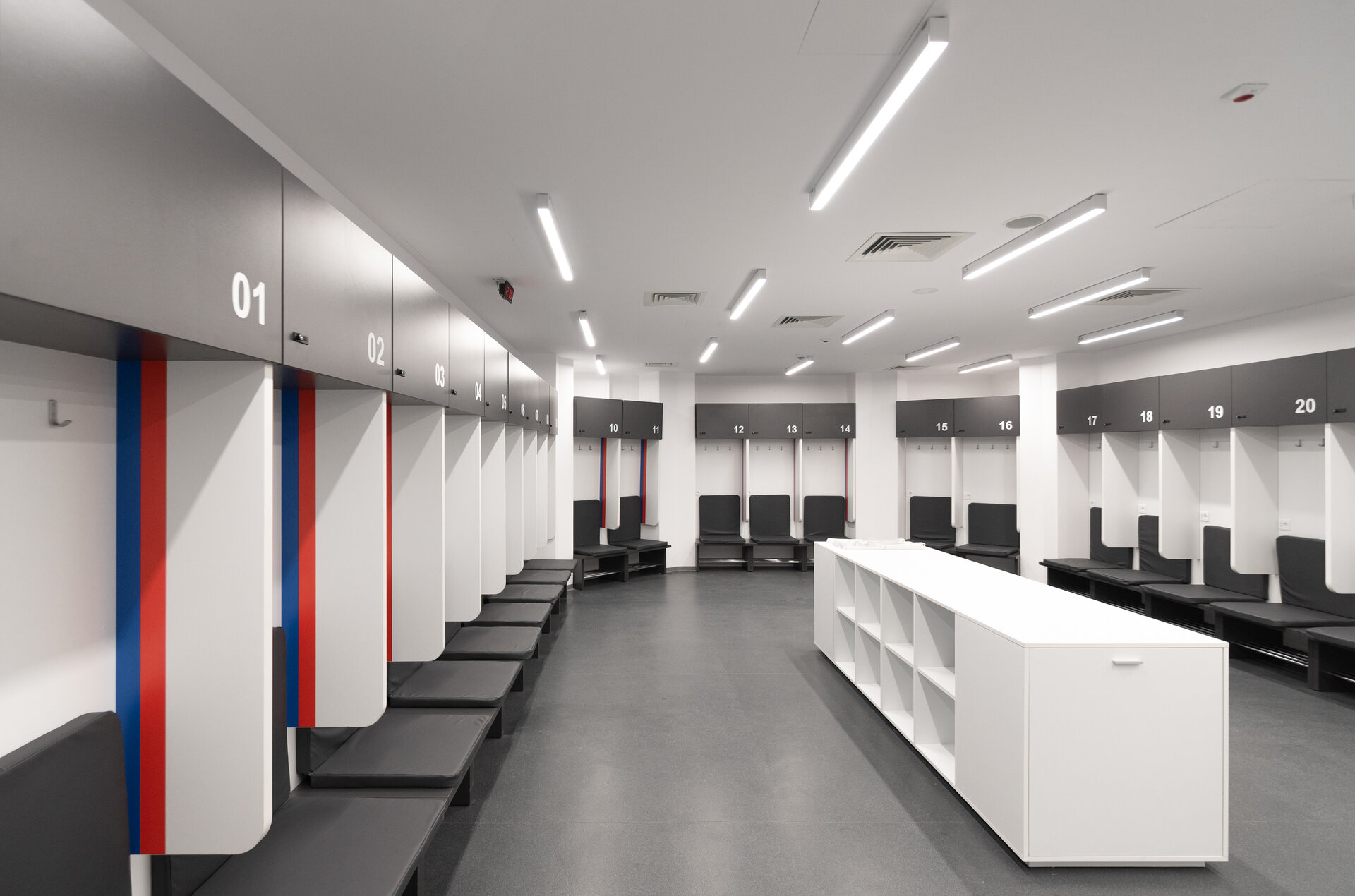 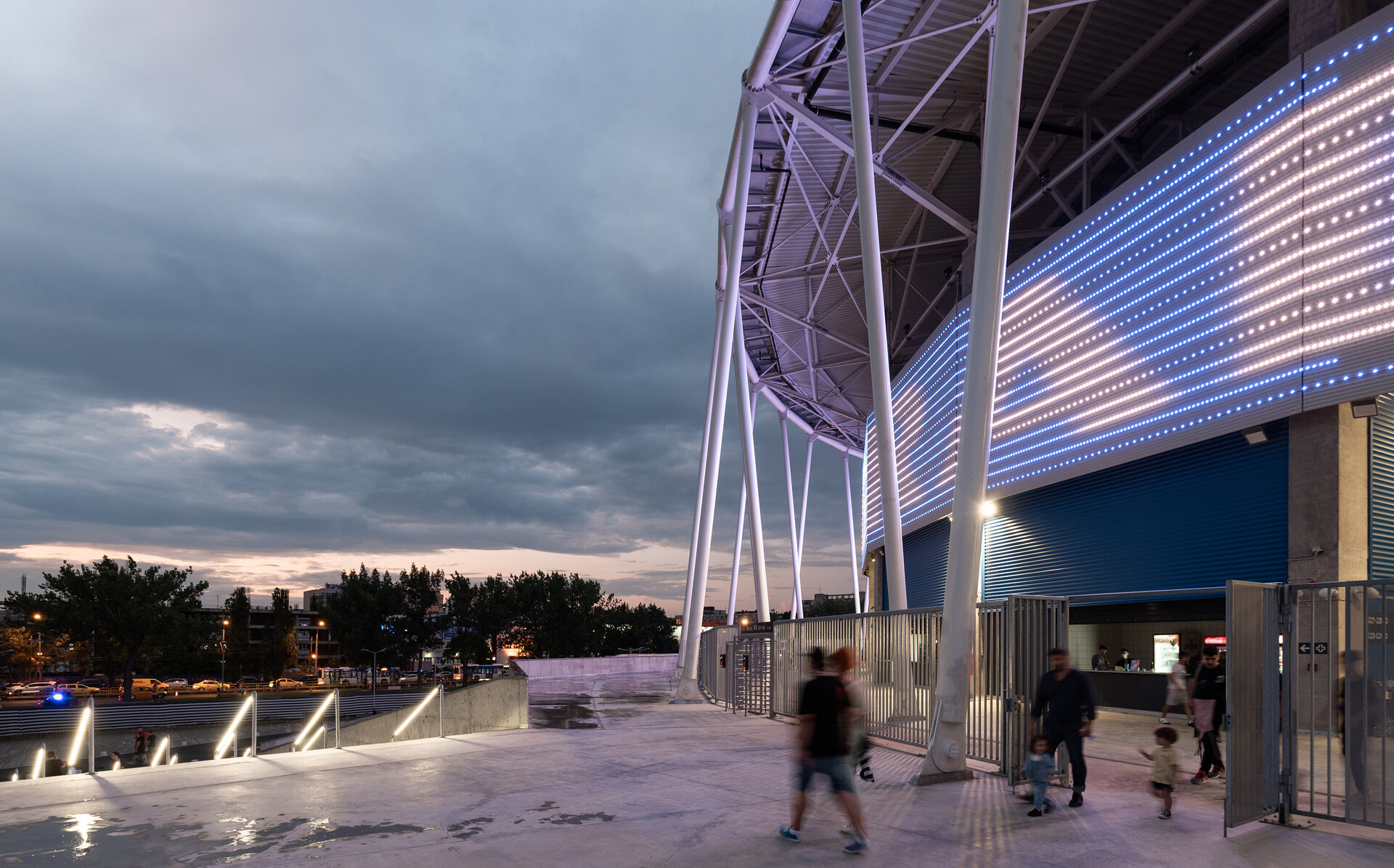 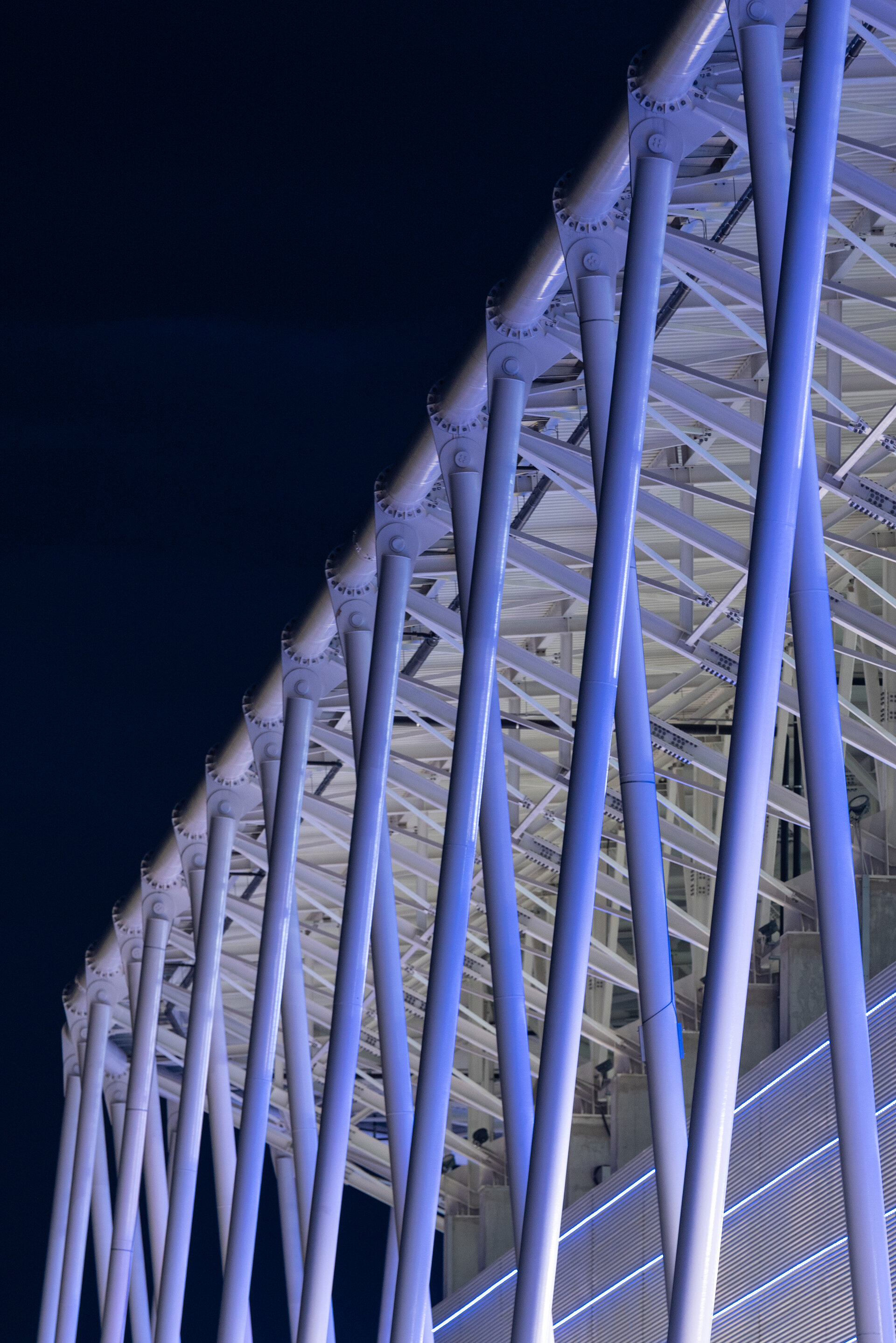 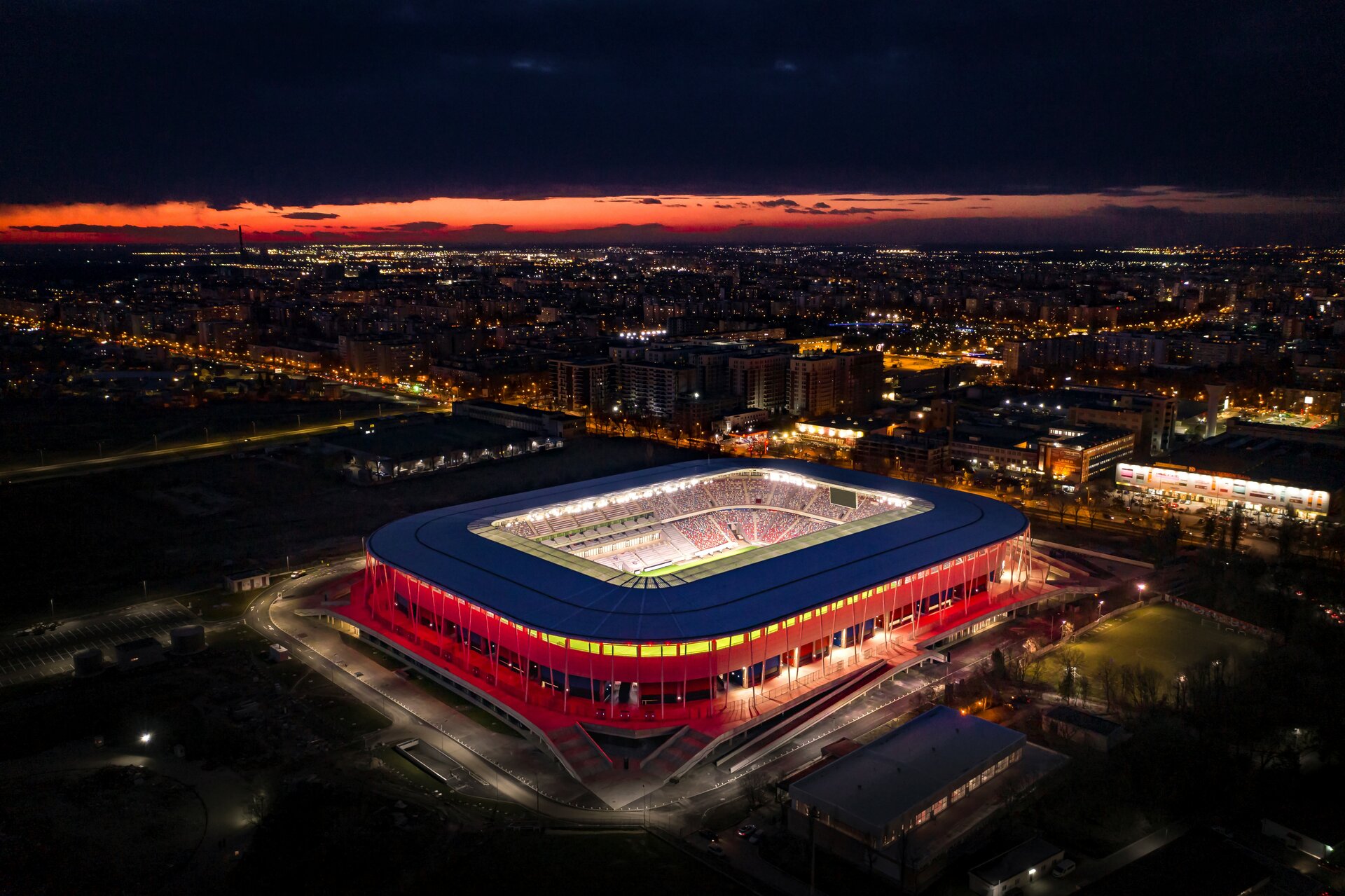 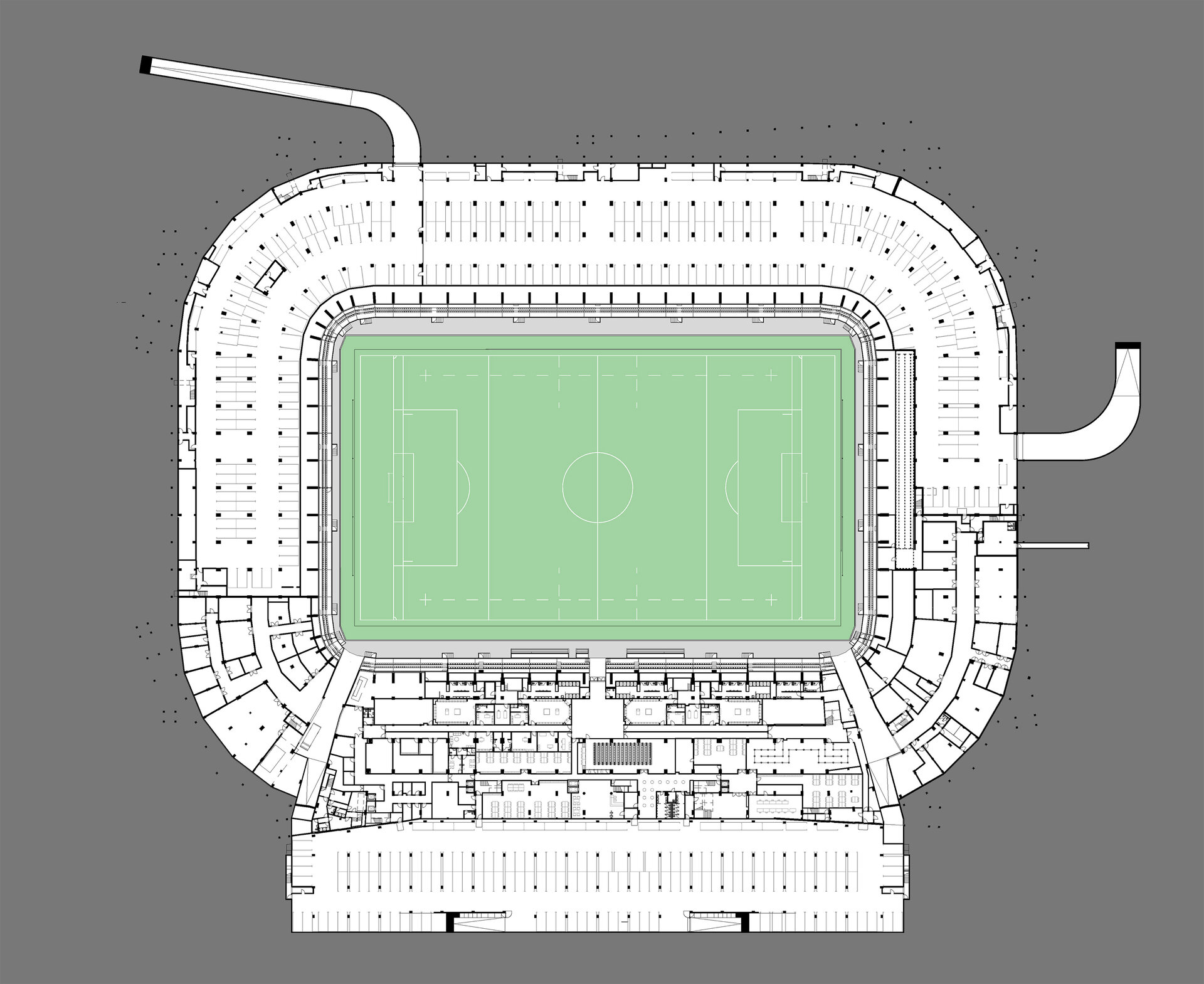 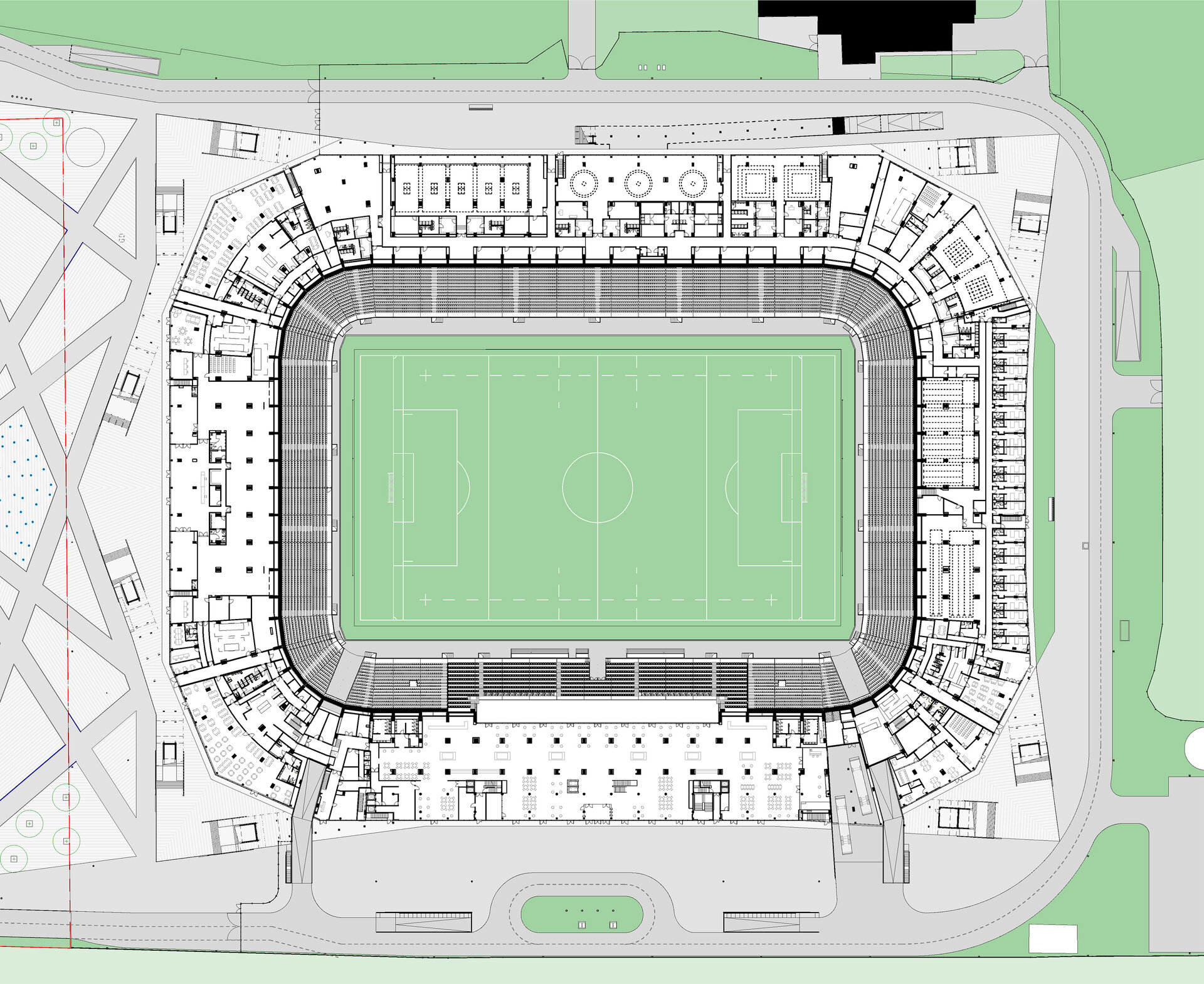 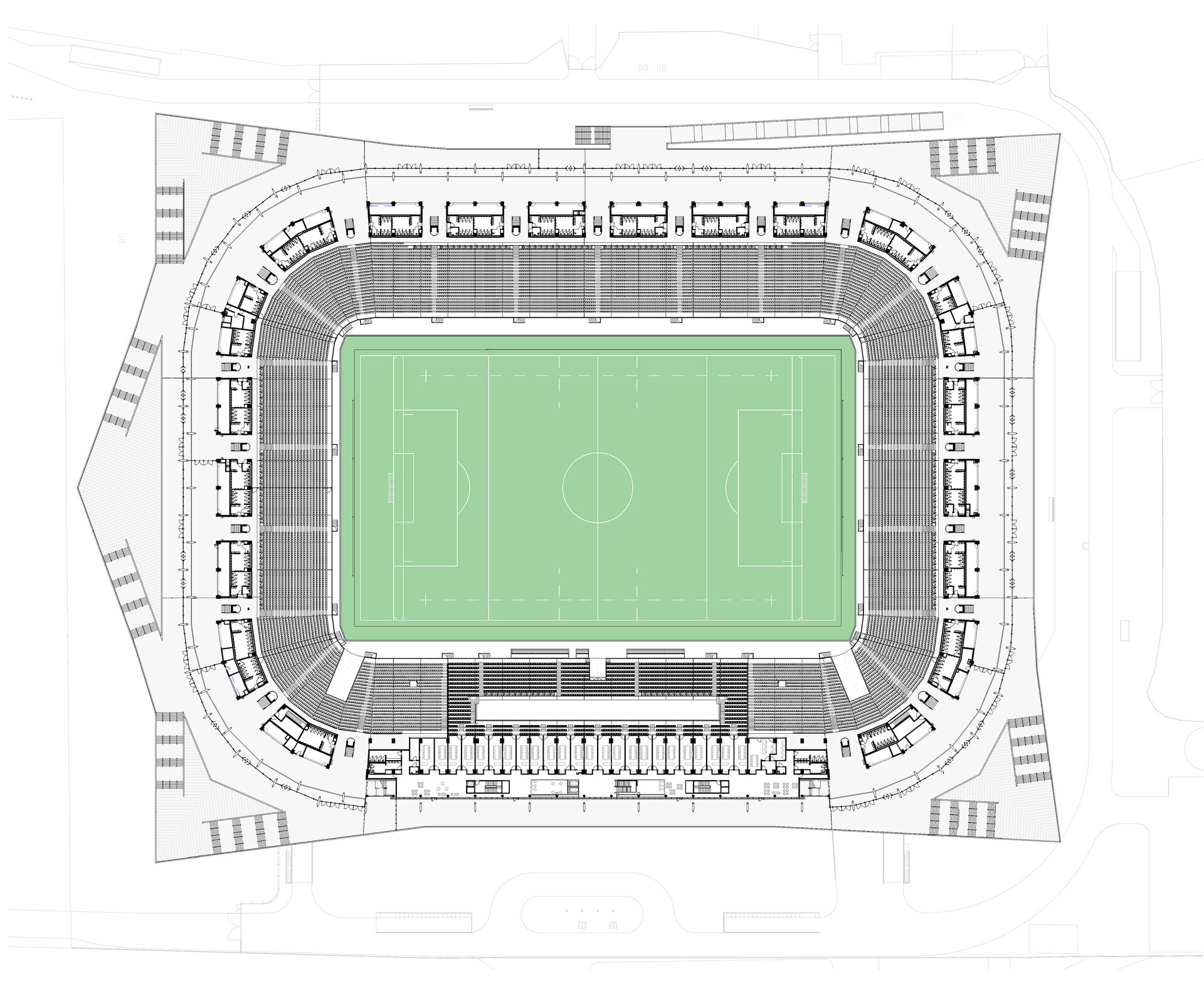 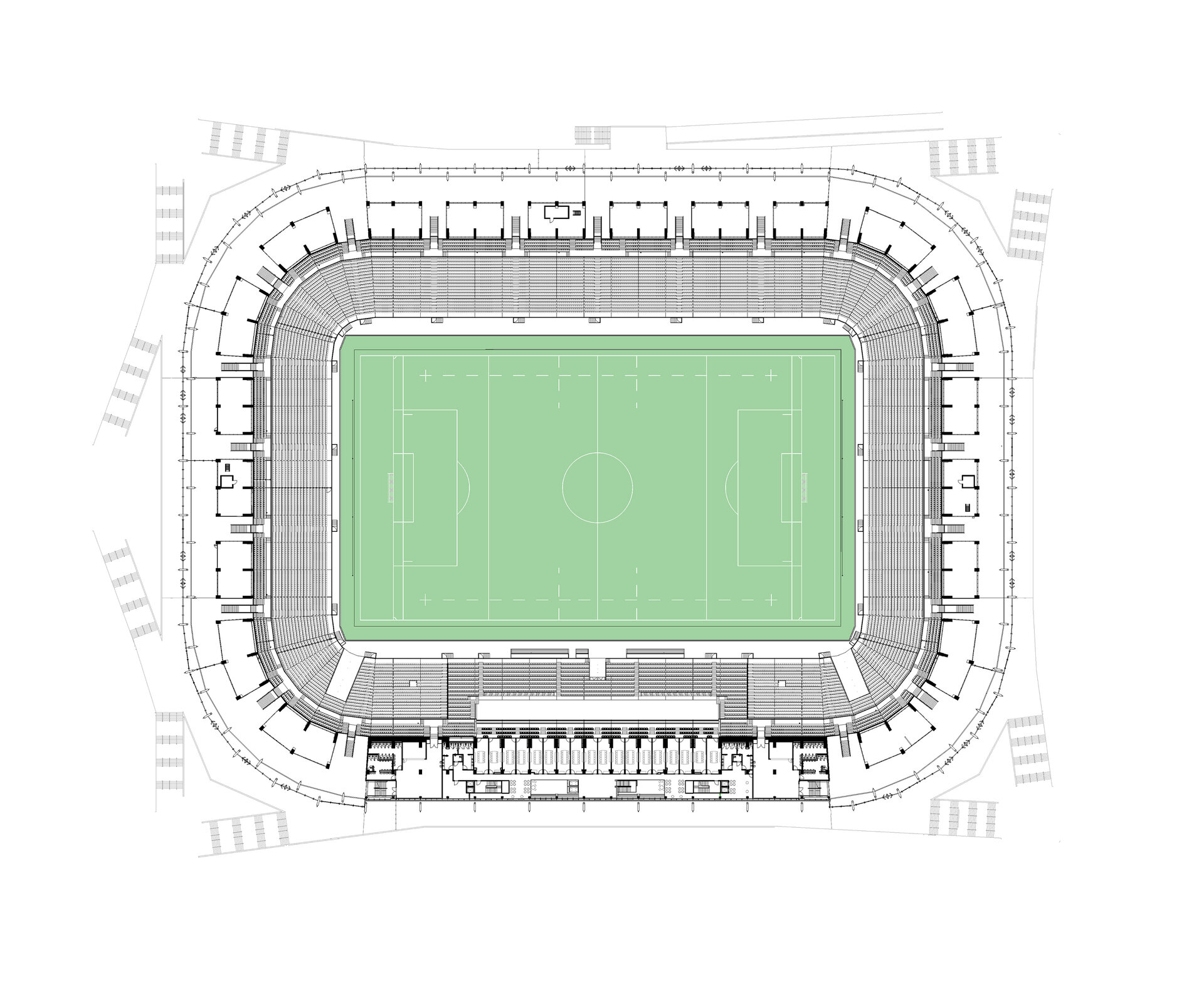 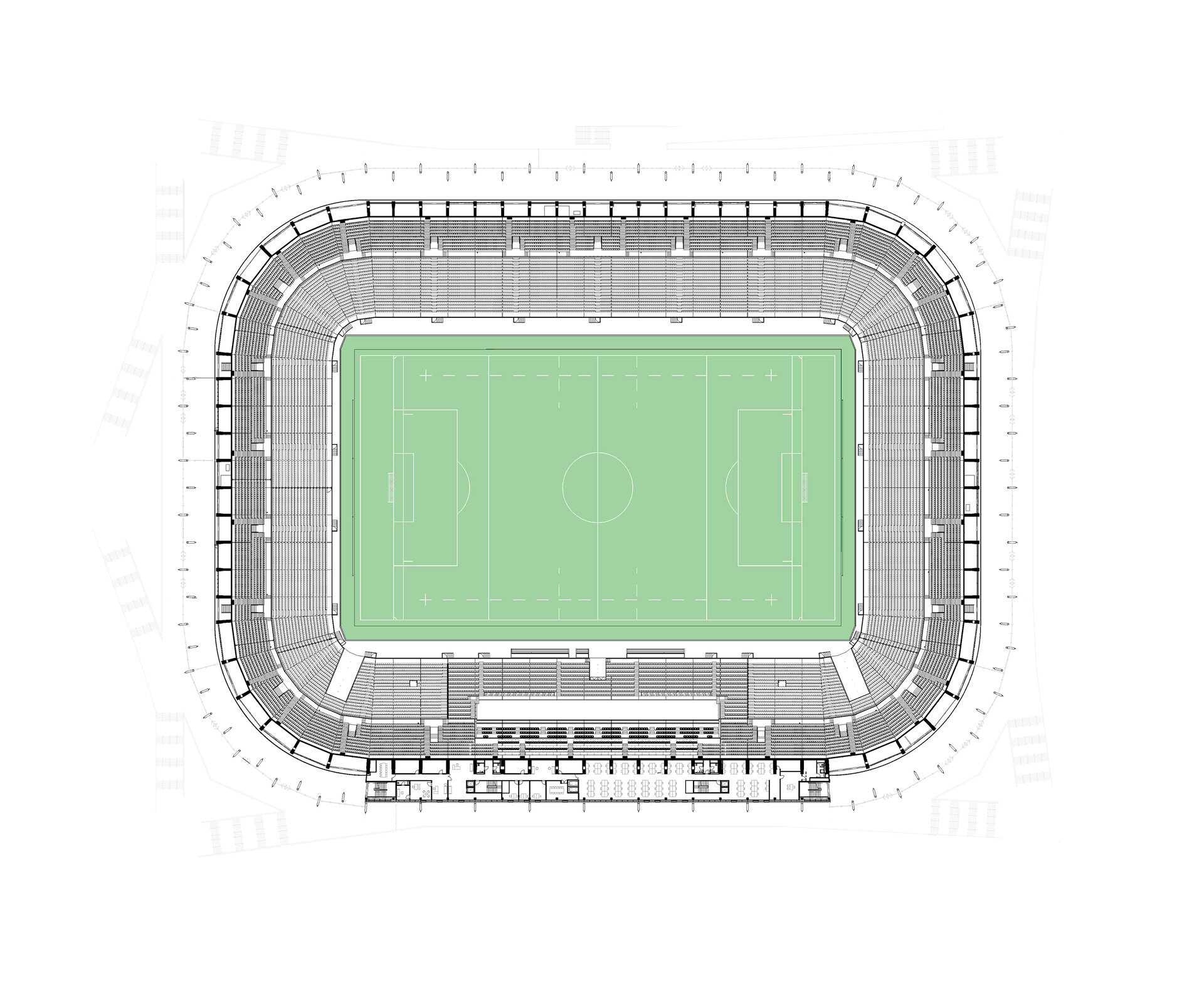 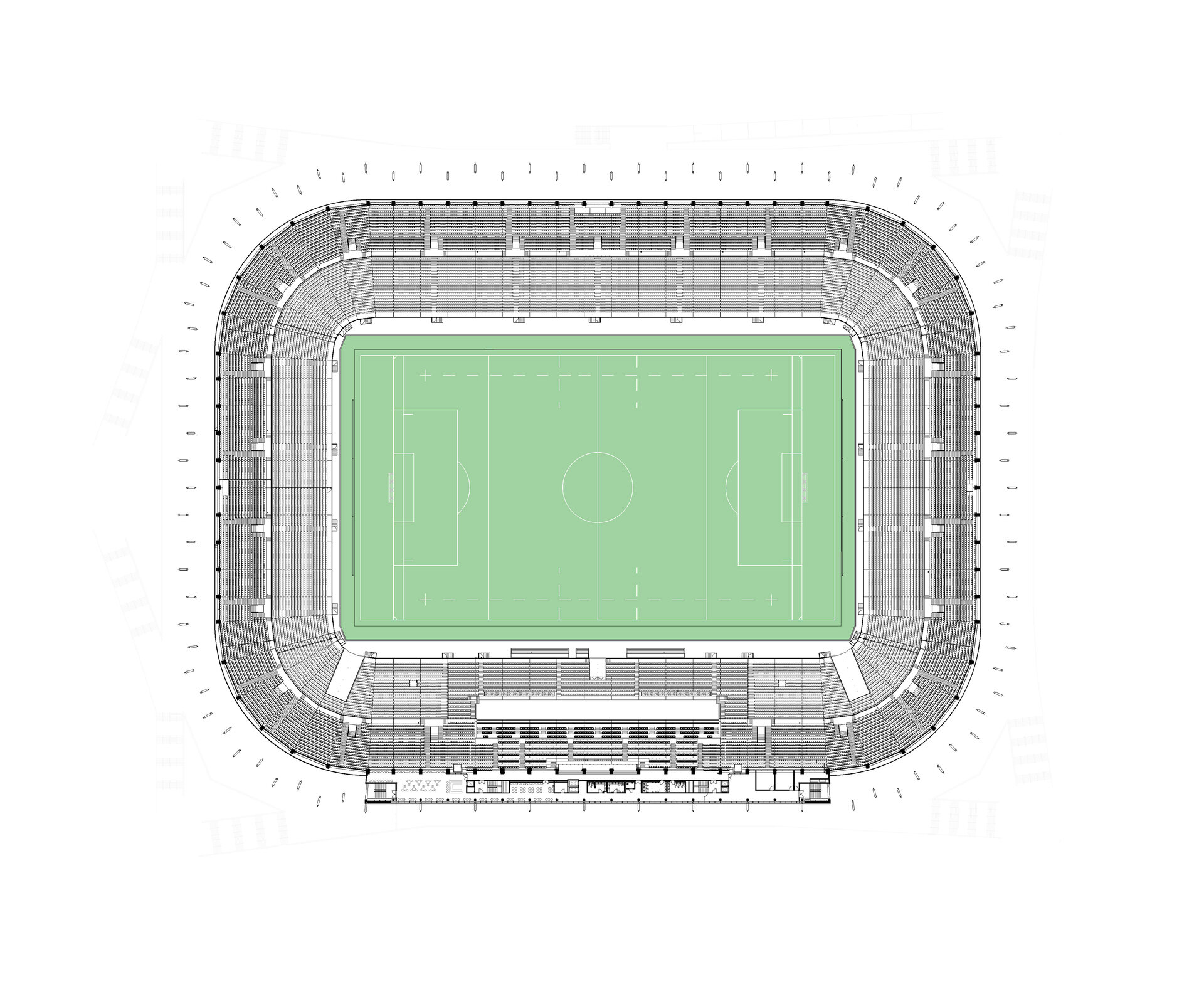